A Christmas tree by Shirazeh Houshiary unveiled at Tate Britain

Tate Britain unveils a Christmas tree by Shirazeh Houshiary. The work forms a spectacular centrepiece beside a display of work by other prominent British artists, including Antony Gormley, Anish Kapoor and Alison Wilding, and marks the start of a new series of festive commissions for Tate. This is the first Christmas tree at the gallery since work began on the New Tate Britain and continues the museum's tradition of marking the festive period with an artist commission, by reimagining the work Houshiary created for the museum over twenty years ago.
The work, which focuses on the natural qualities of a pine tree, such as texture, colour, smell and shape, hangs upside down from the glass ceiling in the Millbank entrance, its roots exposed and covered in gold leaf, drawing light and attention to what is usually hidden. In 1993, Houshiary described her tree for Tate Britain as "taking earth back to heaven." Her 2016 tree is suspended down the centre of the staircase, toward the public spaces below. The tree's placement in the new space will offer the viewer an altered perspective from three levels of the gallery; the tip of the tree from the lower floor, the floating body from the ground, and the glittering roots opening out in an abstract star formation when viewed from the upper floor.
The tree is unveiled amid a host of festive performances and activities at Tate Britain, as well as a new display, Sculpture as Object, featuring work by Houshiary's contemporaries – Anish Kapoor, Antony Gormley, Tony Cragg, Richard Wentworth, Bill Woodrow, Shelagh Cluett, Richard Deacon, Jacqui Poncelet and Alison Wilding – all of whom emerged in the 1980s and achieved international recognition for their new approaches to sculpture.
Photograph courtesy Joe Humphreys, Tate Photography. 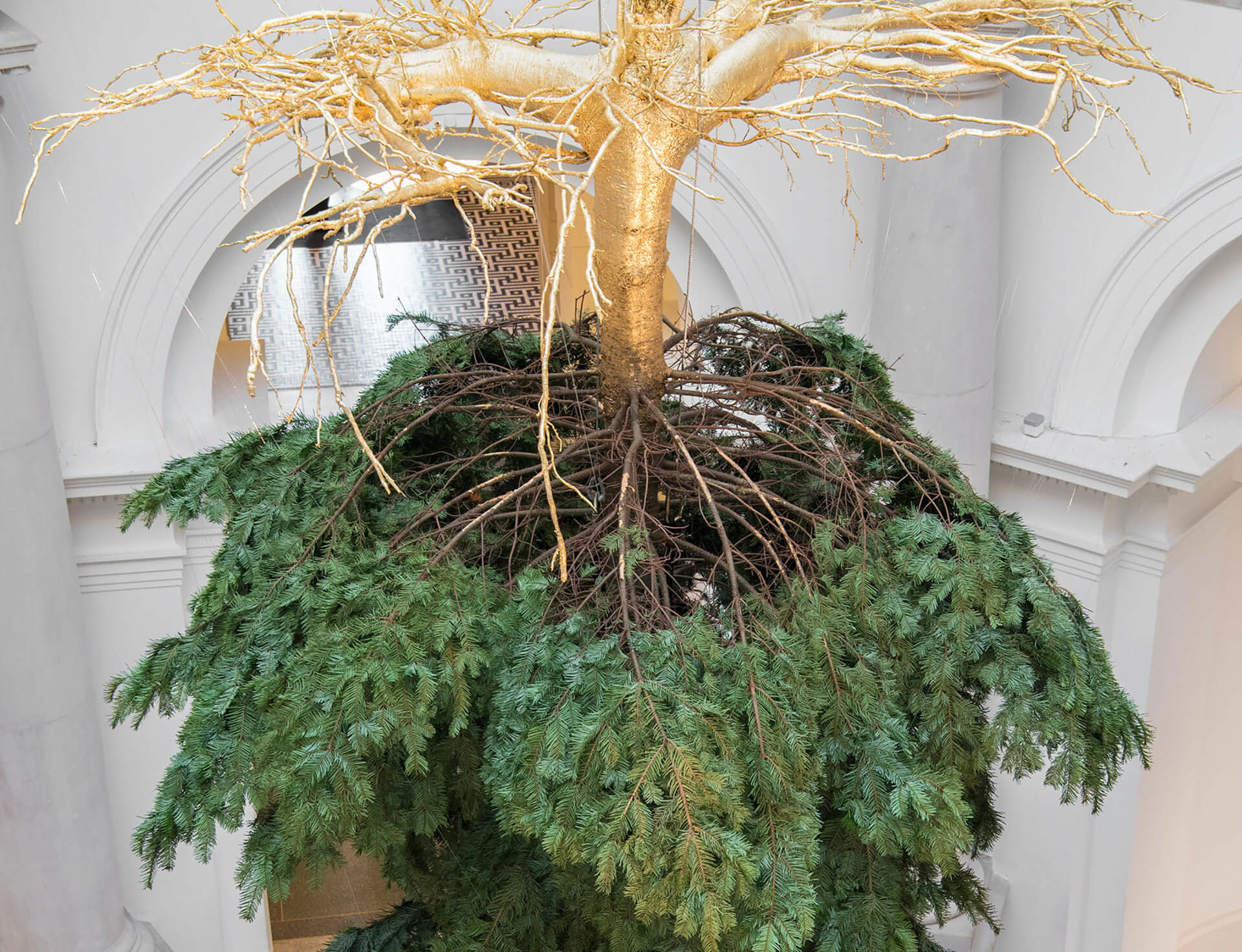