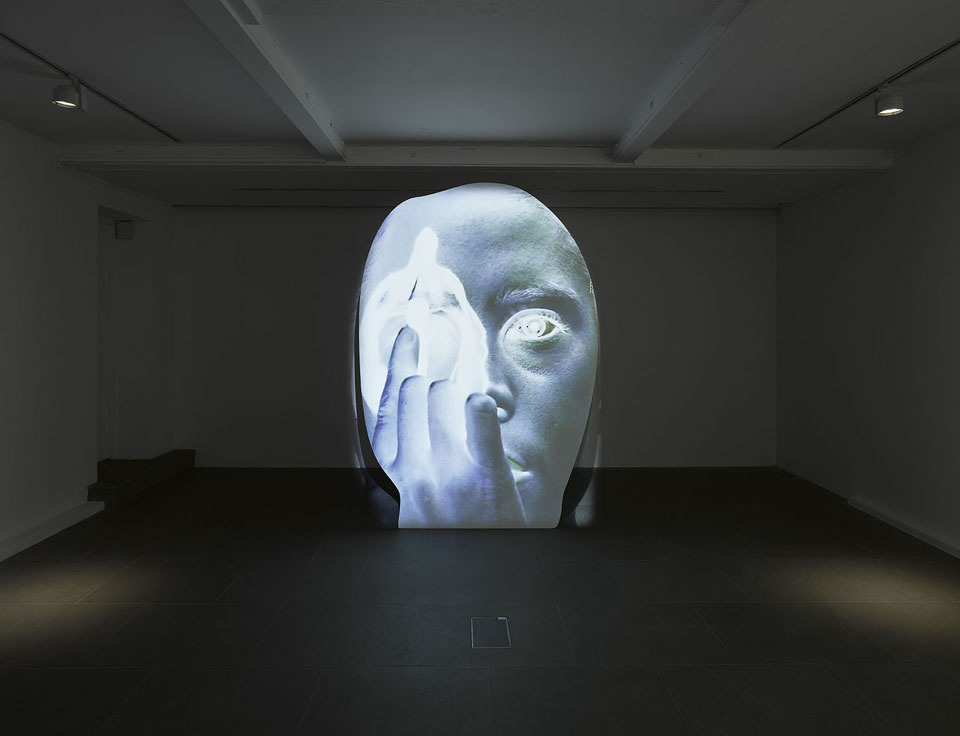 This solo exhibition of Tony Oursler – the artist’s first of new work in the UK for over five years – centres around his fascination with the evolution of identity via techniques of facial recognition technology. Oursler explores the nuanced ramifications of these tools increasing ubiquity in daily life. The artist’s interest in the face as the locus of communication and identity, through features, movement and expression, is central to these works. A series of seven imposing photographic visages looms over the spectator in the main gallery, all but one punctured by video screens of eyes or mouths. One of part of this installation is an endlessly shifting projection of 150 algorithmically produced Eigen faces, revealing the beautiful yet distinctly non-human qualities of biometric analysis. One of the artist’s intentions is to “invite the viewer to glimpse themselves from another perspective, that of the machines we have recently created”. Each of these giant portrait heads bears the network of marks or nodes associated with different facial recognition systems, used by border controls, law enforcement agencies and even ATM machines. The images, staggered maze-like throughout the space in the manner of theatrical props, present themselves as potential police mug shots, closed-circuit camera stills or anonymous faces in the crowd, albeit magnified in scale and distorted by their mediation through surveillance technology.

This main installation reflects an ongoing body of multimedia works by Oursler related to mimetic technology and its effect on contemporary psychology. Another new parallel series situates these reconfigured faces squarely in the undefined context of the 21st century. Nine wall-hung, stainless steel panels contain traces of now further abstracted facial features, with the latticeworks used to recognise people here transposed into etched silhouettes constituting the altered identities we are increasingly forced to assume by the strictures of modern life.

The pursuit of biometric data in facial scans, iris patterns and fingerprints all add to our burgeoning and invisible electronic profiles, amounting to a sinister accumulation of personal information on databases that capture and categorise humans according to outward appearance, unique bodily traits and even DNA sequencing. Oursler himself has studied and written about various methods of facial recognition, ways to circumvent such means of detection, as well as the phenomena of physiognomy, anthropometry and pareidolia (the mistaken appearance of faces in nature or everyday objects): “The illusory face triggers part of the brain that is used in pattern recognition – long thought to be important to the evolution of the species. Without it we would not learn from the stimuli around us. So keen is our ability to find patterns that it is more important to the species to make false positives than not.” Tony Oursler, On Chance and Face, from Vox Vernacular, 2013.


Based on an original idea by Dr. Alice O'Toole, University of Texas, Dallas 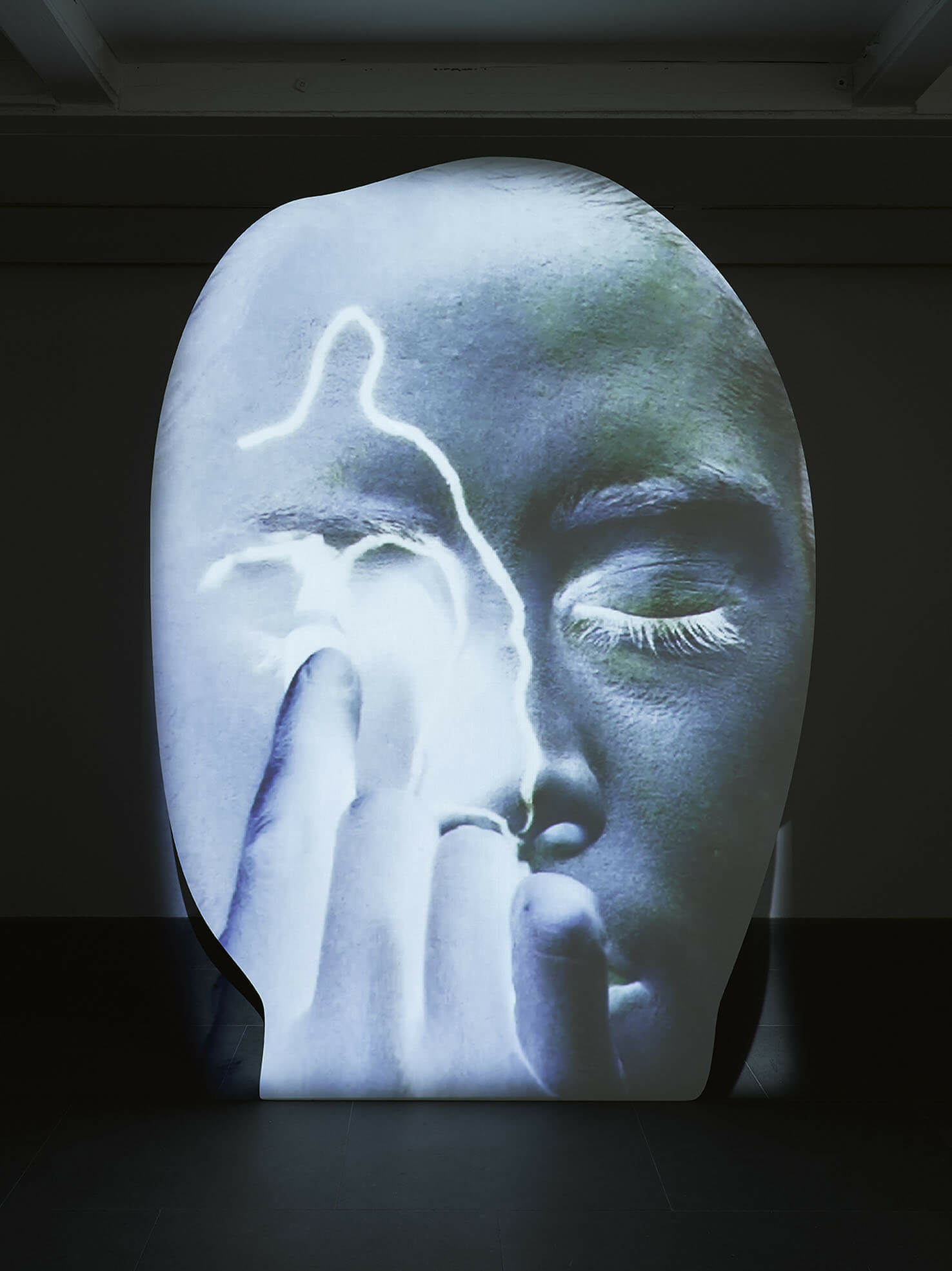 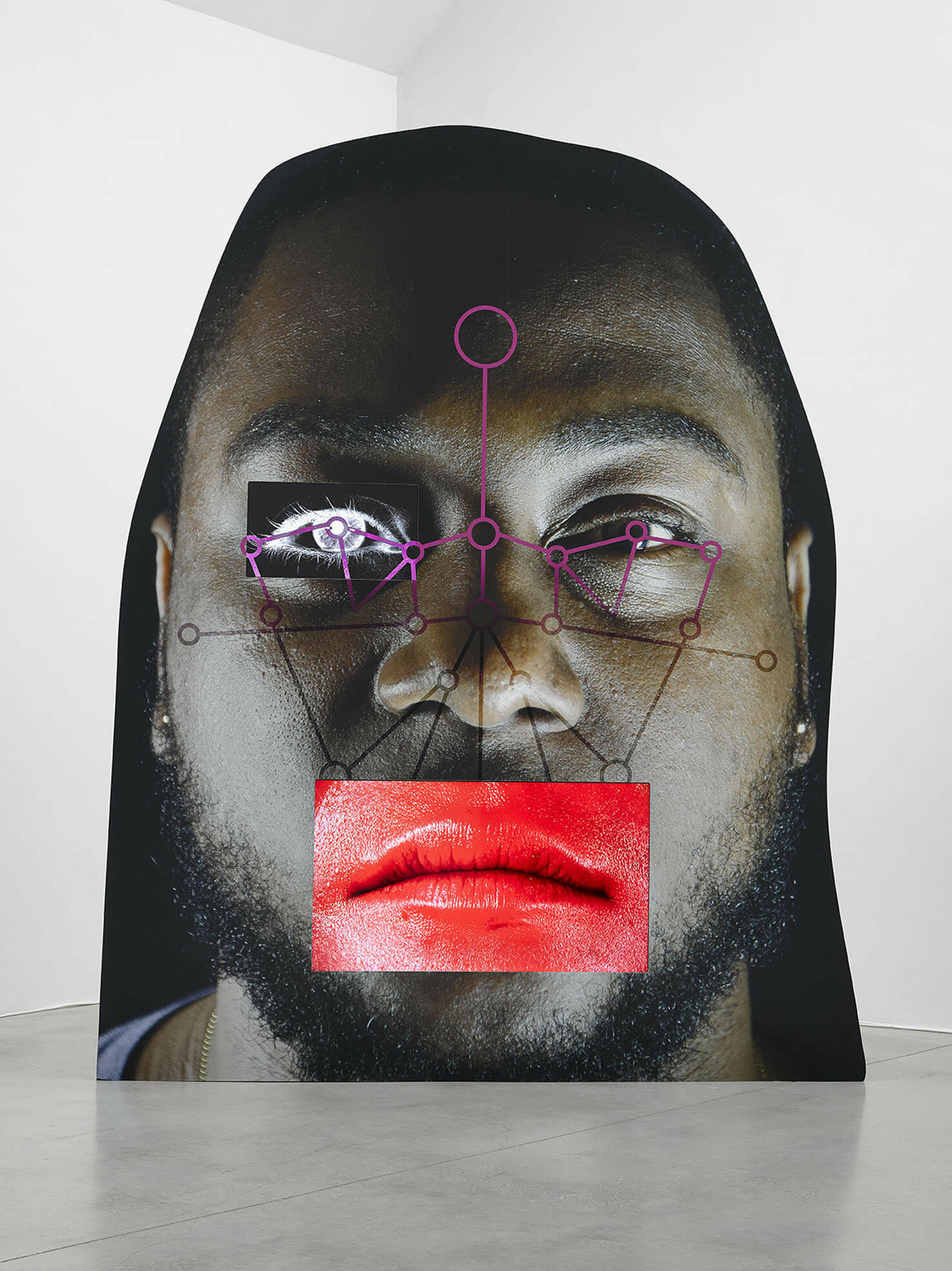 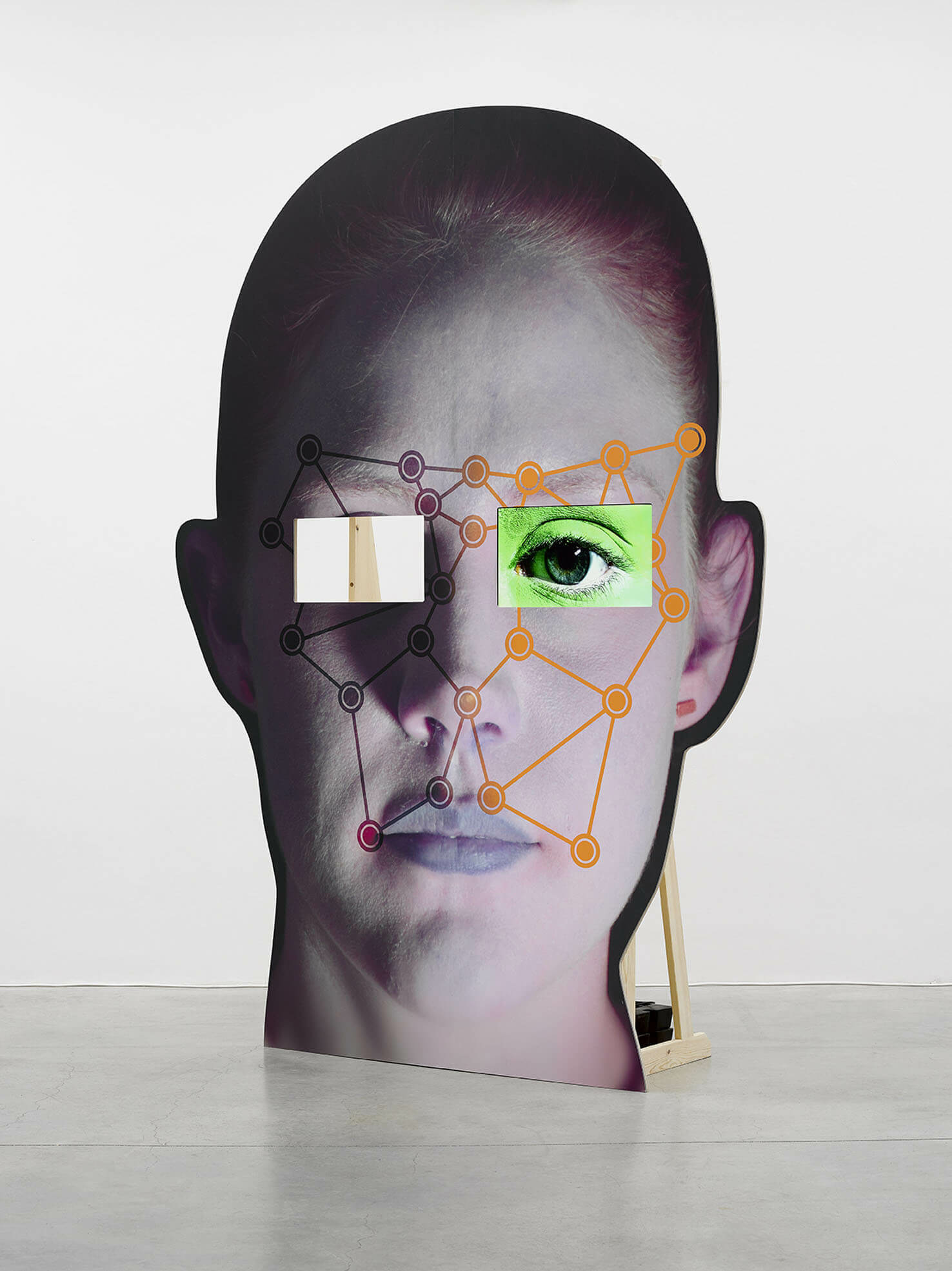 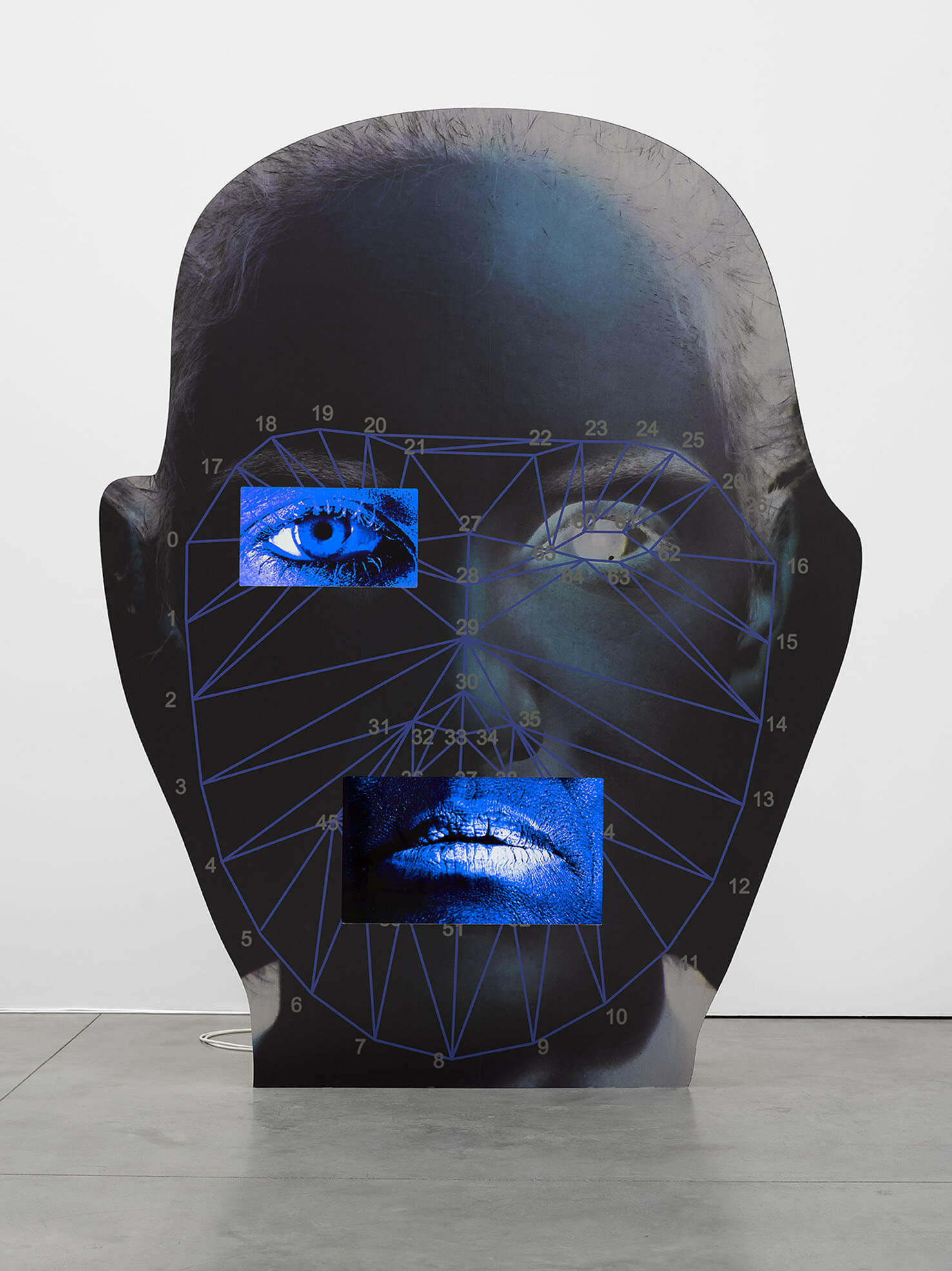 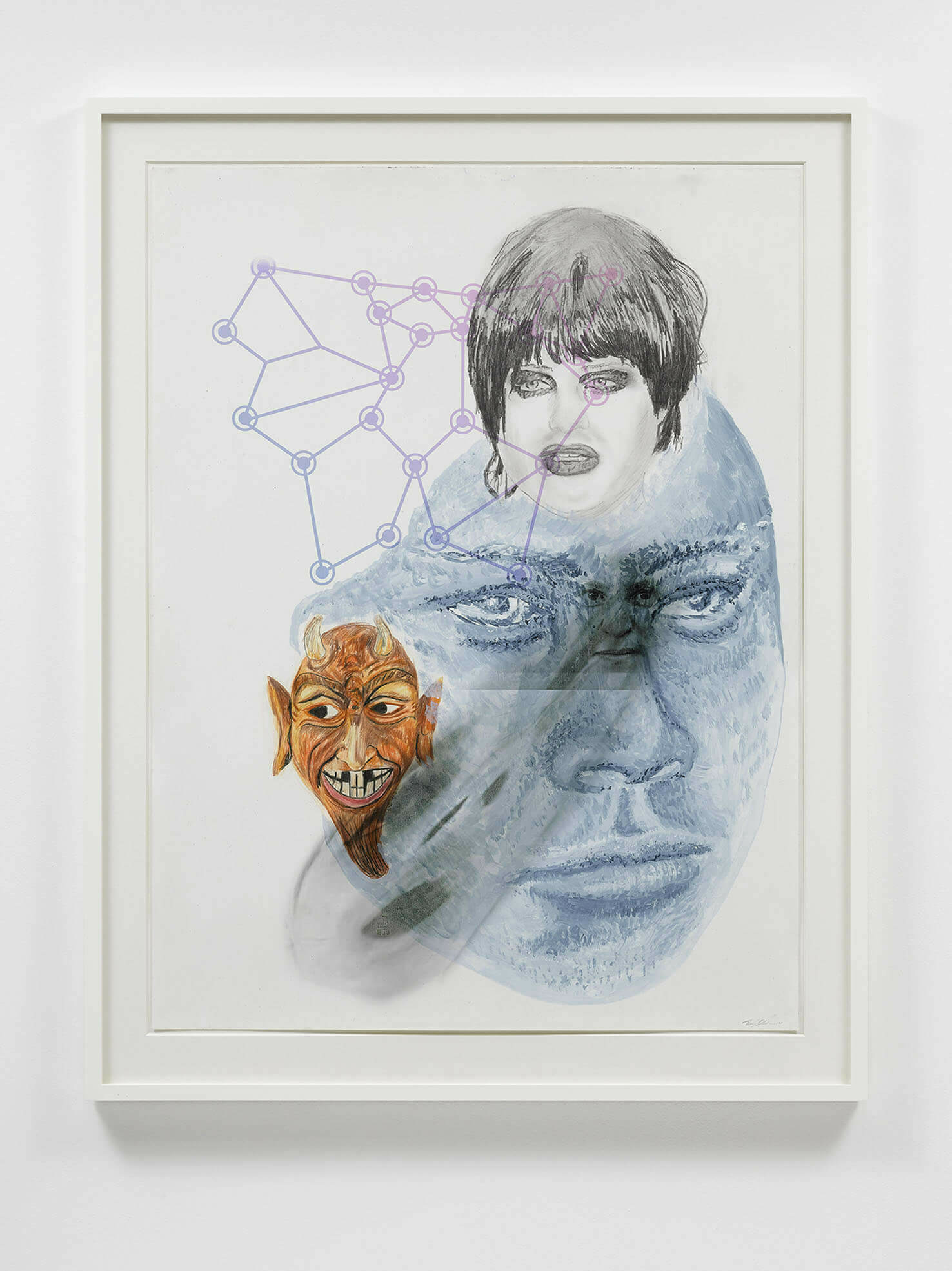 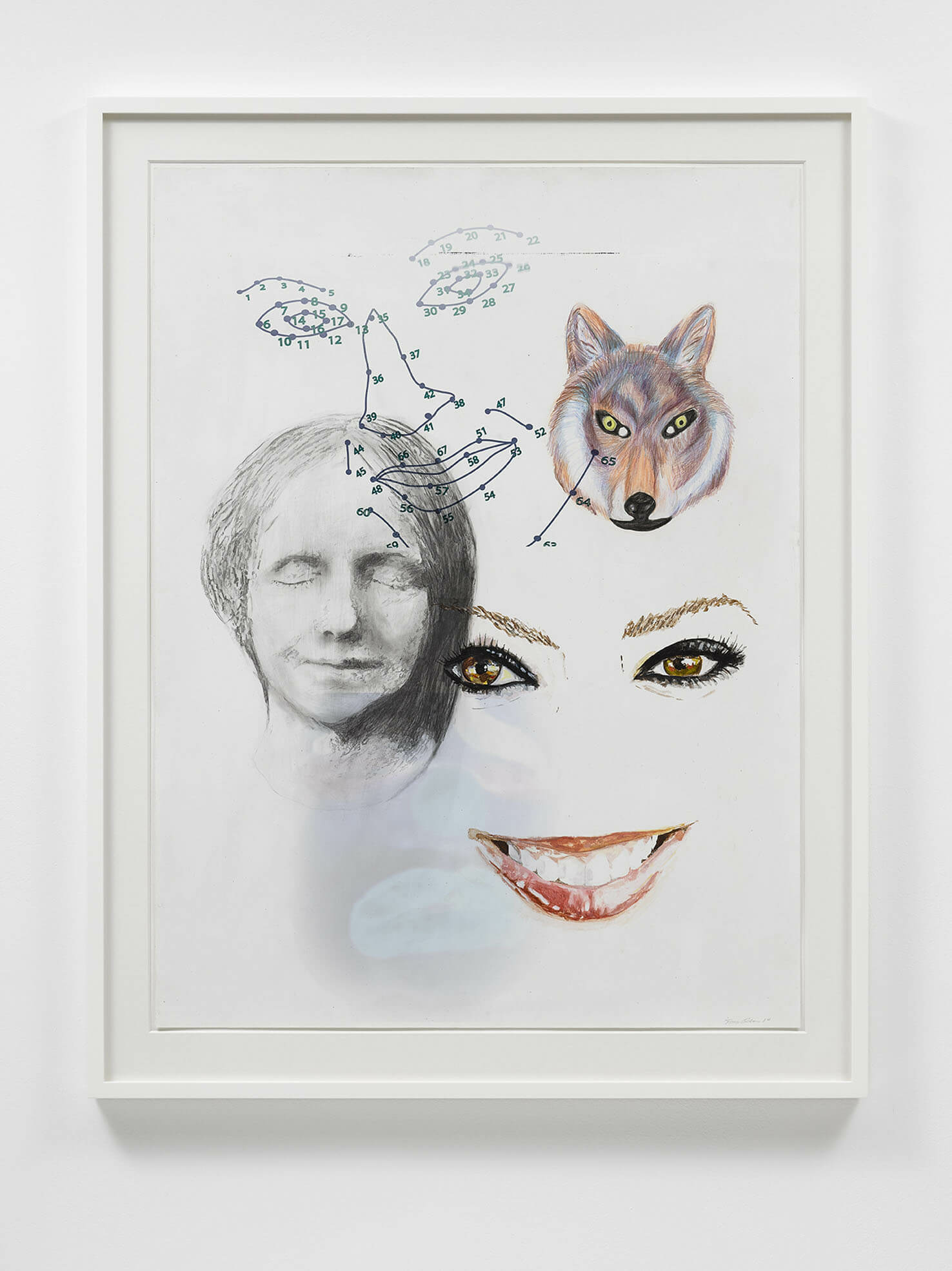 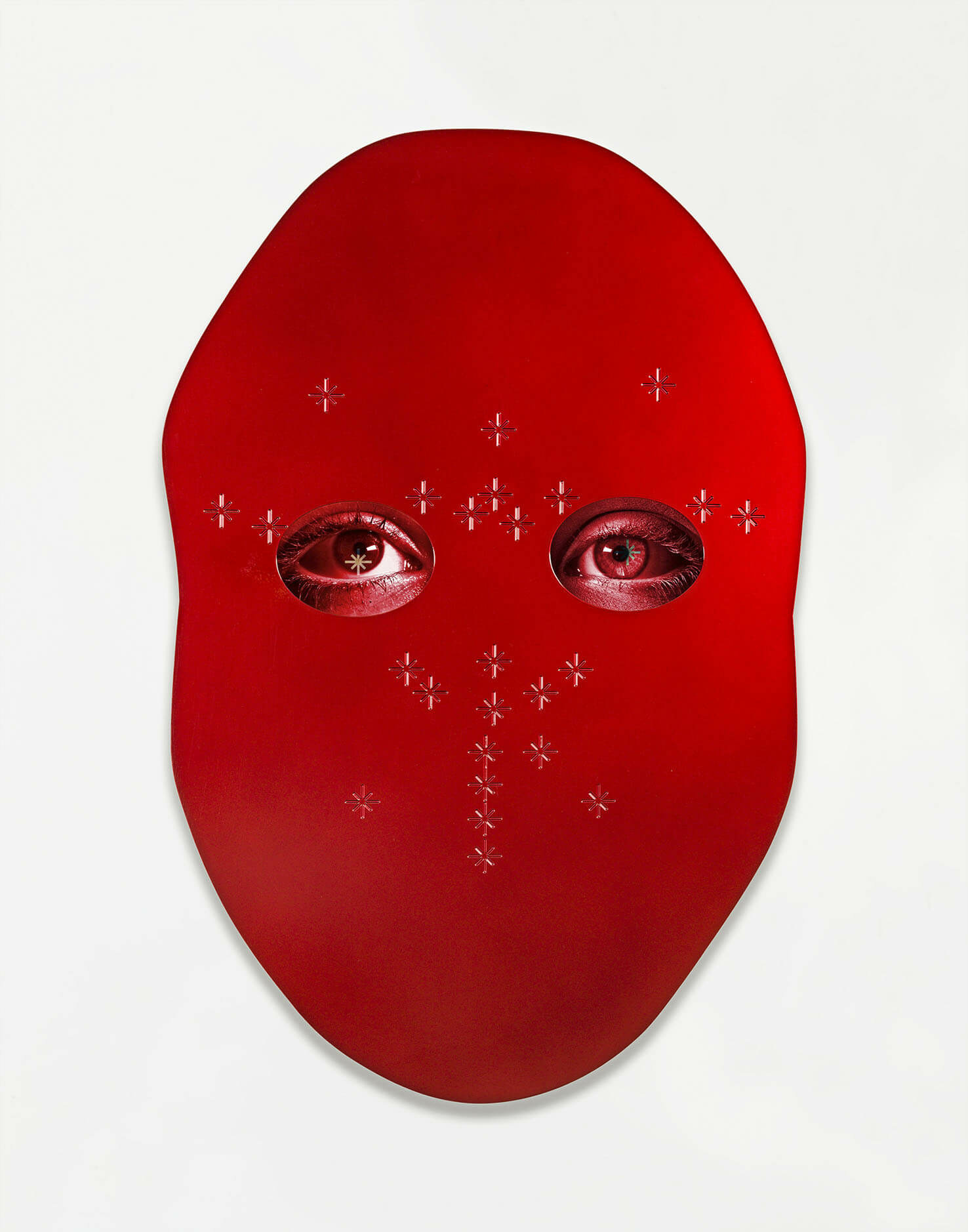 Aluminium with ipads and thermochromatic pigment 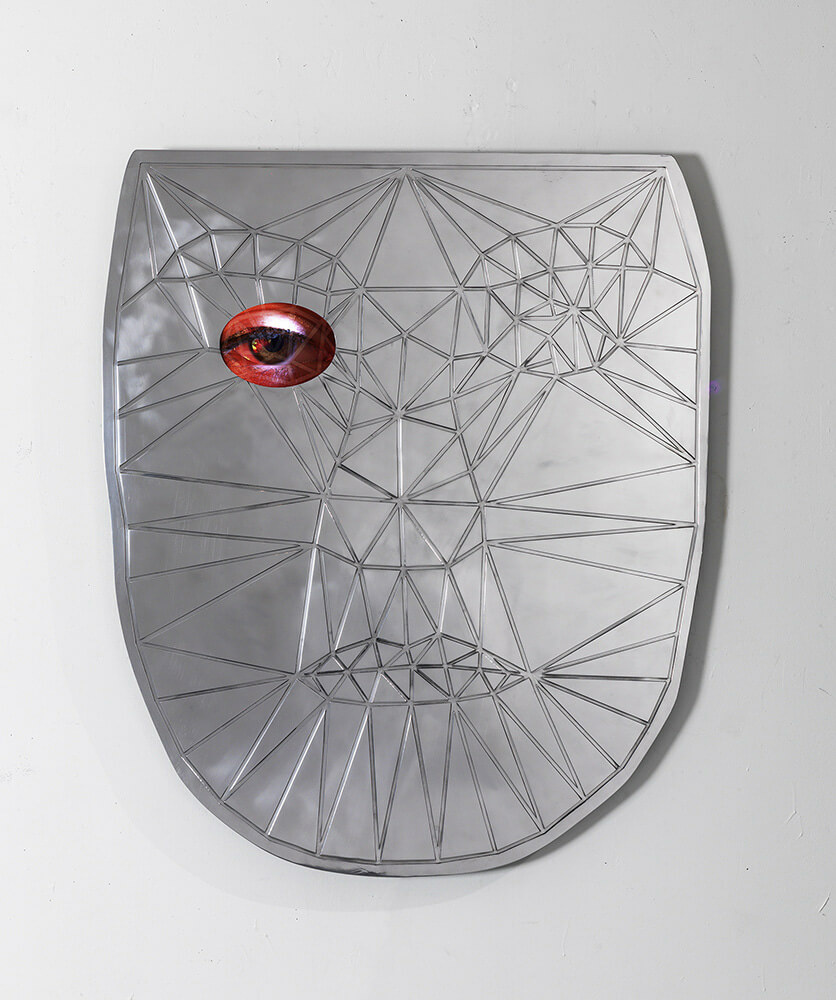 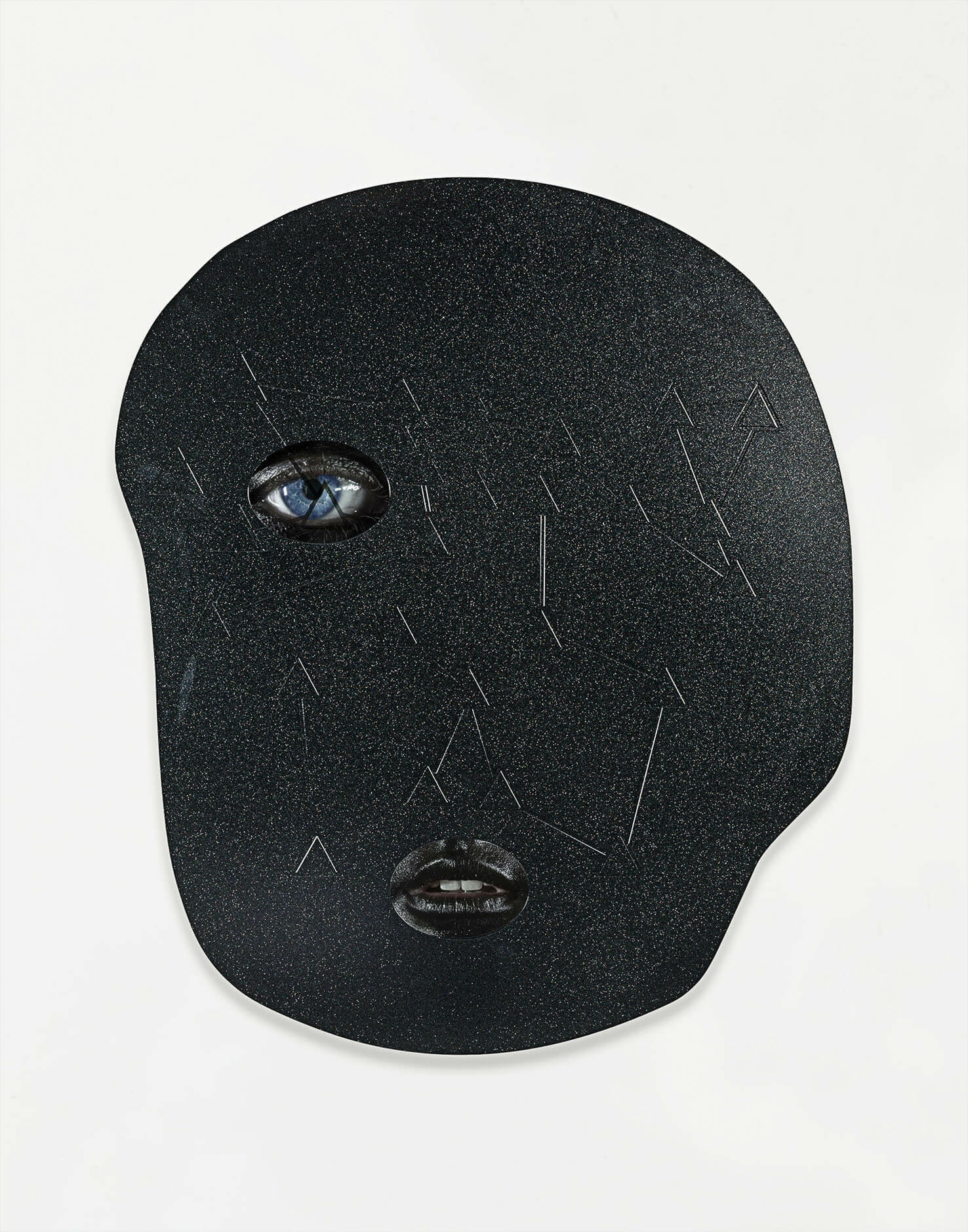 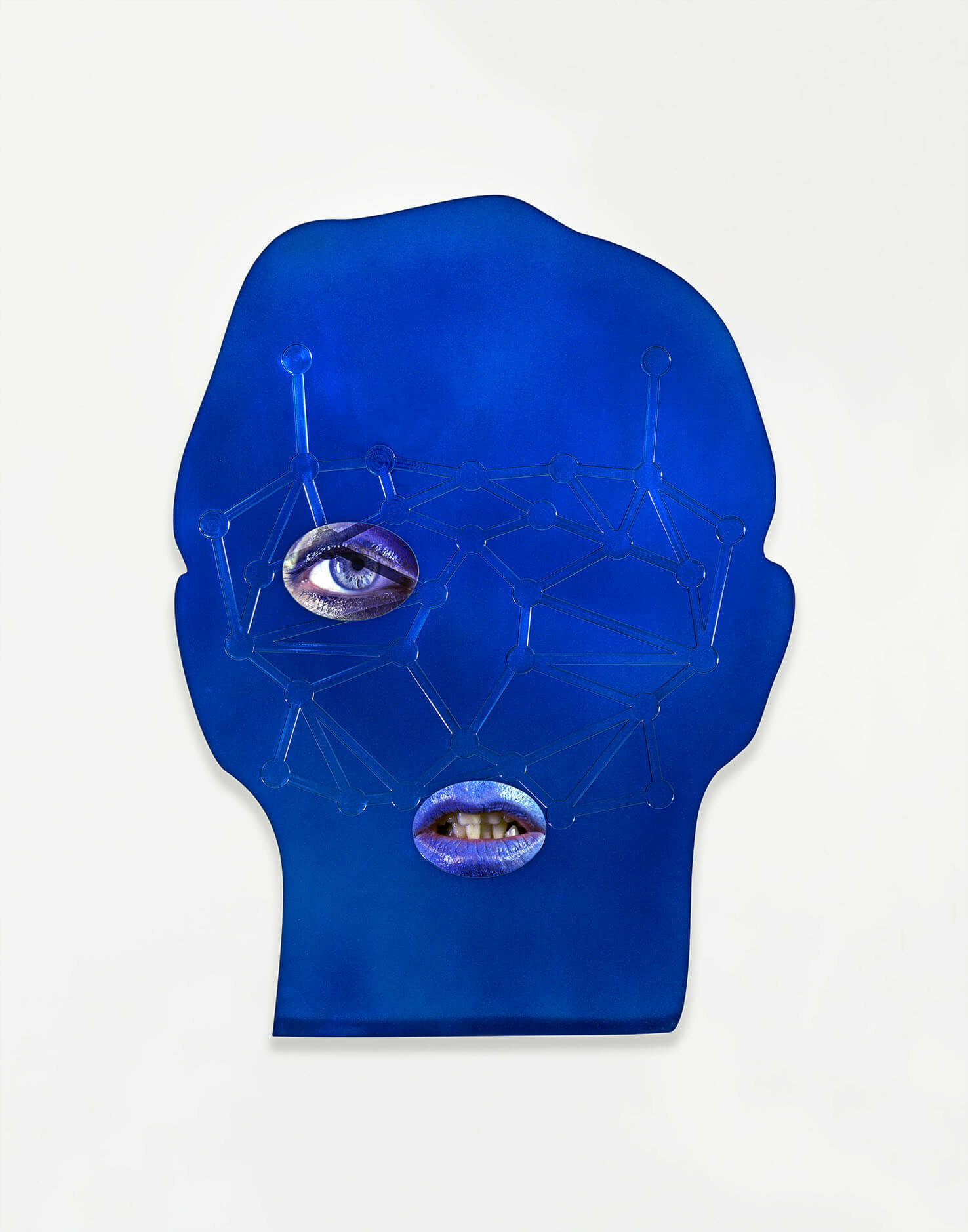 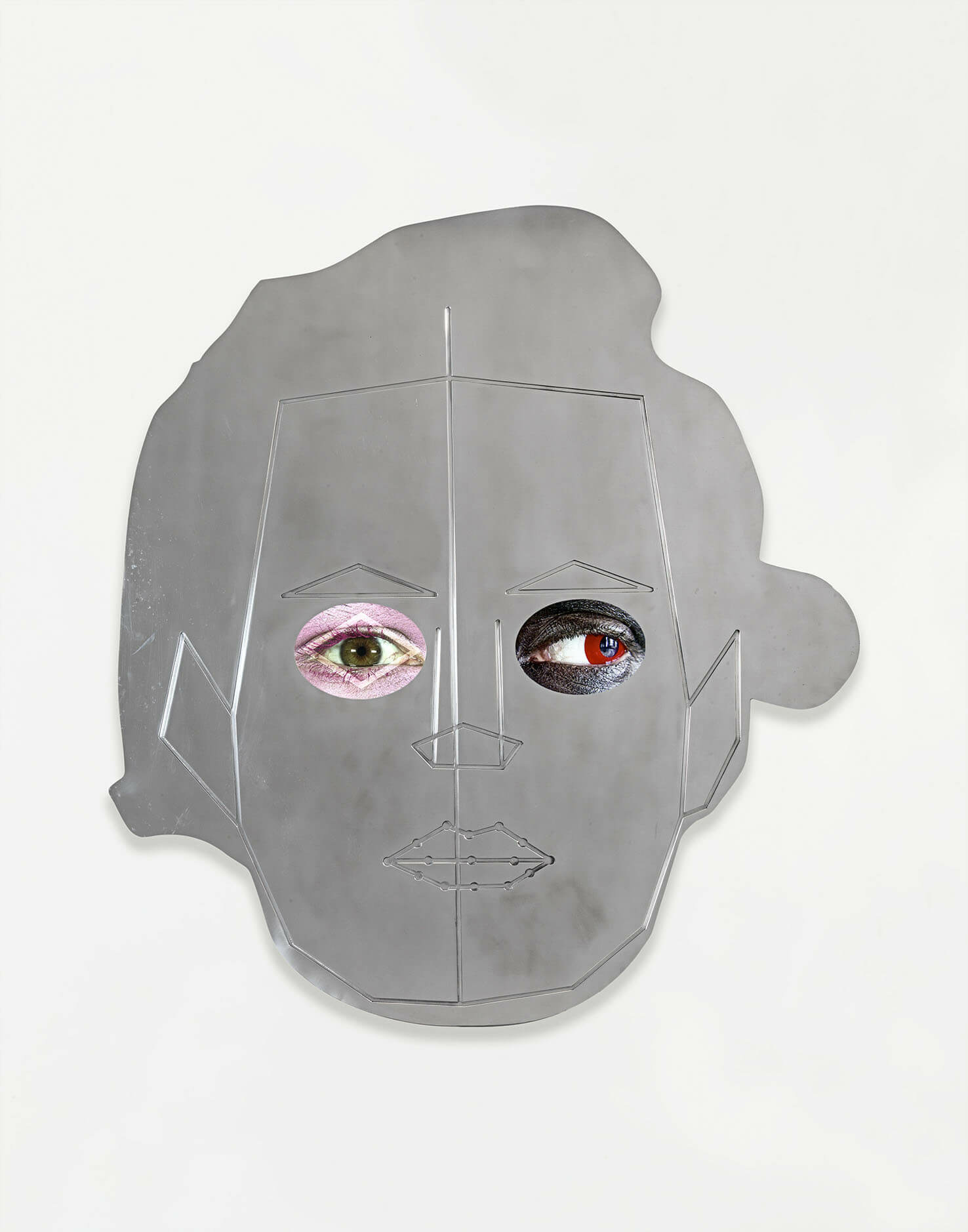 Aluminium with ipads and sound 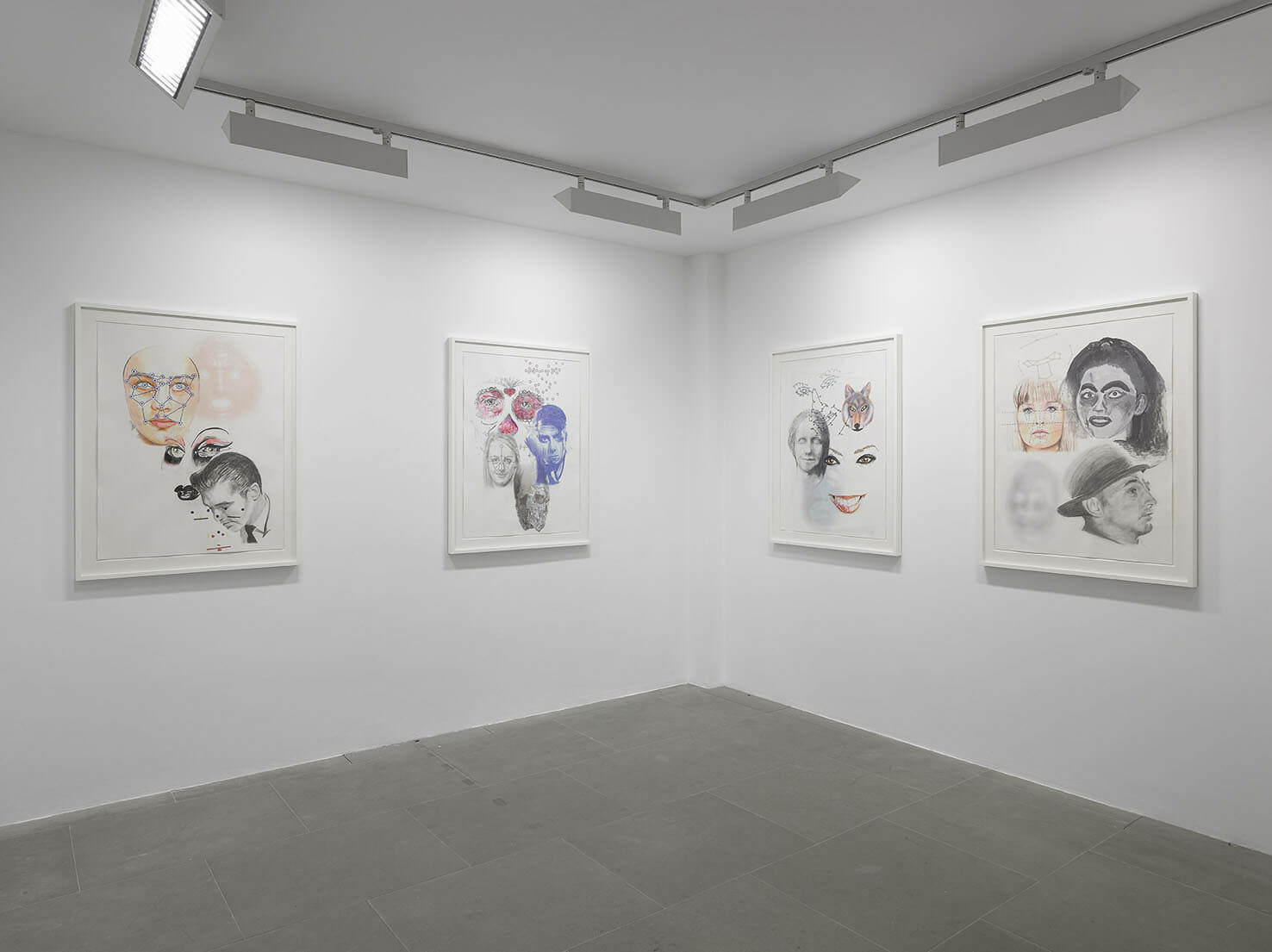