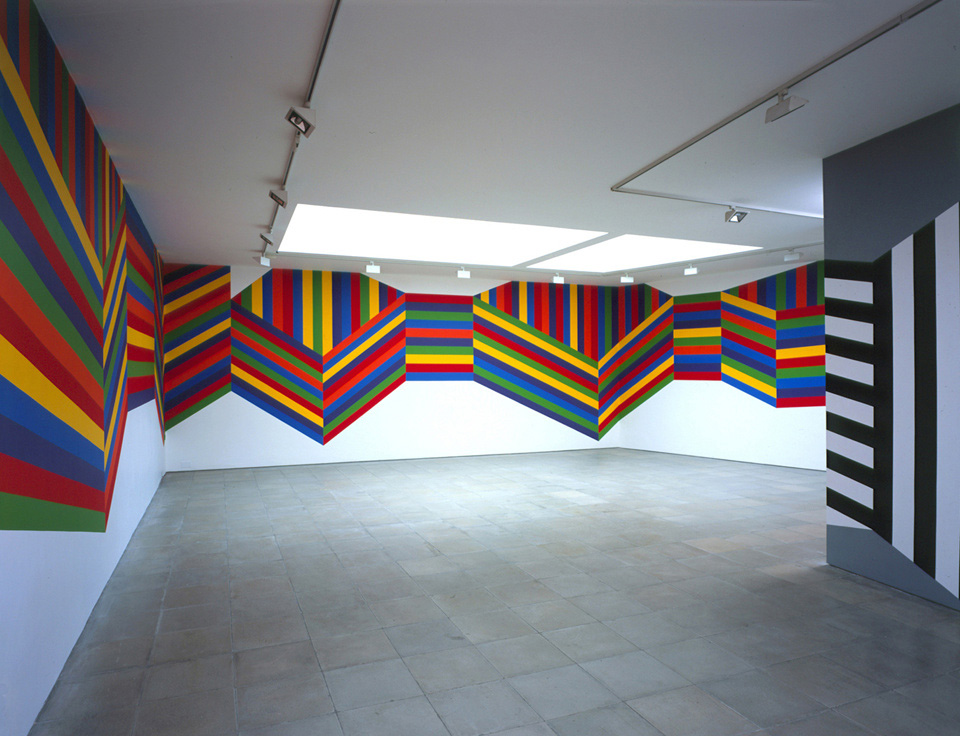 Lisson Gallery has pleasure in announcing the eleventh show at the gallery by Sol LeWitt since he first exhibited in the early days of Lisson in 1969.

The historical achievement of Sol LeWitt over his long and distinguished career has become legendary. After his first solo show in Britain at the Lisson Gallery, London in 1971, The Times Review, described the work as “a novel kind of drawing done directly onto the wall.” This was followed by his first museum show in Britain at the Museum of Modern Art, Oxford in 1973, curated by Nicholas Serota.

LeWitt is perhaps best known for his geometric wall paintings of circles, squares, triangles, rectangles and the complex forms derived from them. This exhibition, specially conceived by the artist for the Lisson space, will include two of the latest wall paintings within the main ground floor gallery that will face each other across the L-shaped exhibition space. The first of these will occupy the three large walls of the gallery with a colour palette of red, yellow, blue, orange, purple and green with the second in a strict tonal palette of black, grey and white.

LeWitt was pivotal in the creation of the new radical aesthetic of the 1960’s that was a revolutionary contradiction to the ‘Abstract Expressionism’ current in the 1950’s and 60’s New York school. He had no interest in inherent narrative or descriptive imagery. LeWitt, like no other artist of his generation, has always maintained the importance of the concept or idea and, apart from his original works on paper, the work is executed by others to clear and strict instructions.

As one of the first coherent spokespersons on conceptual art with his writings, Sentences on Conceptual Art, 1969, LeWitt’s work continues to be regarded and referred to by a younger generation of artists as one of the seminal investigations into ‘idea’ and ‘concept’ art. He has continued to challenge new thinking about what art can be. “If the artist carried through his idea and makes it into visible form, then all the steps in the process are of importance. The idea itself, even if not made visual, is as much a work of art as any finished product.” Stated LeWitt in 1971.

“All intervening steps, scribbles, sketches, drawings, failed work models, studies thoughts, conversations, are of interest. Those that show the thought process of the artist are sometimes more interesting than the final product.”

Born in 1928 in Hartford Connetticut where LeWitt continues to live and work today. After studying a bachelors degree in Fine Art at Syracuse University until 1949, he worked as a graphic designer for I.M Pei’s architecture office in New York. He has exhibited internationally and his works hang in the Tate Modern London, Guggenheim Museum, the Museum of Modern Art, Dia:Beacon, the National Gallery of Art, Washington DC and the Hirshhorn Museum and Sculpture Garden. 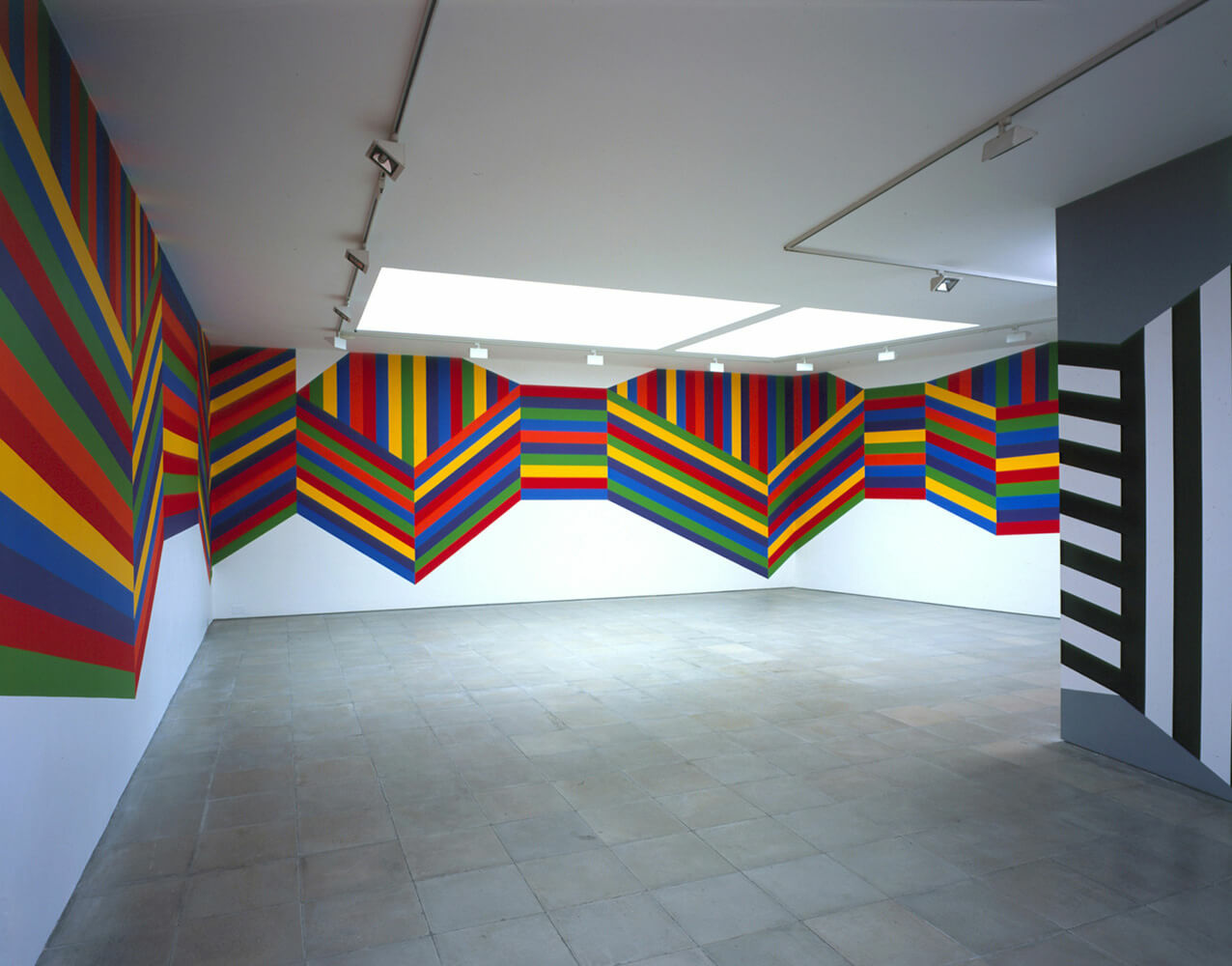 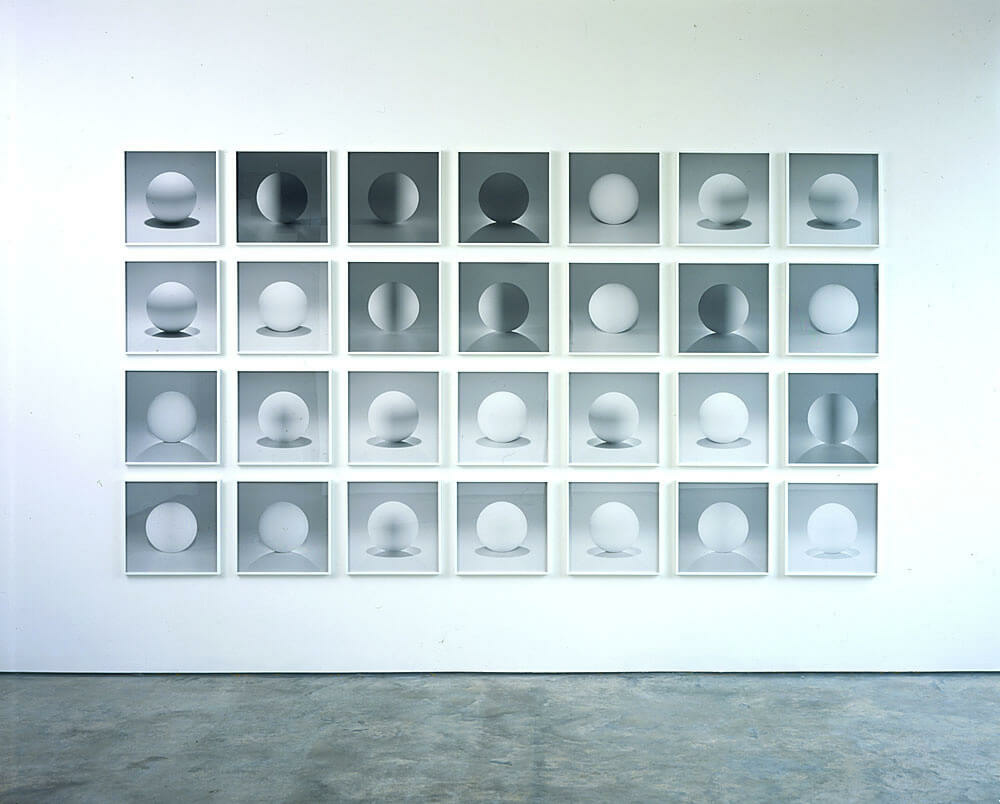