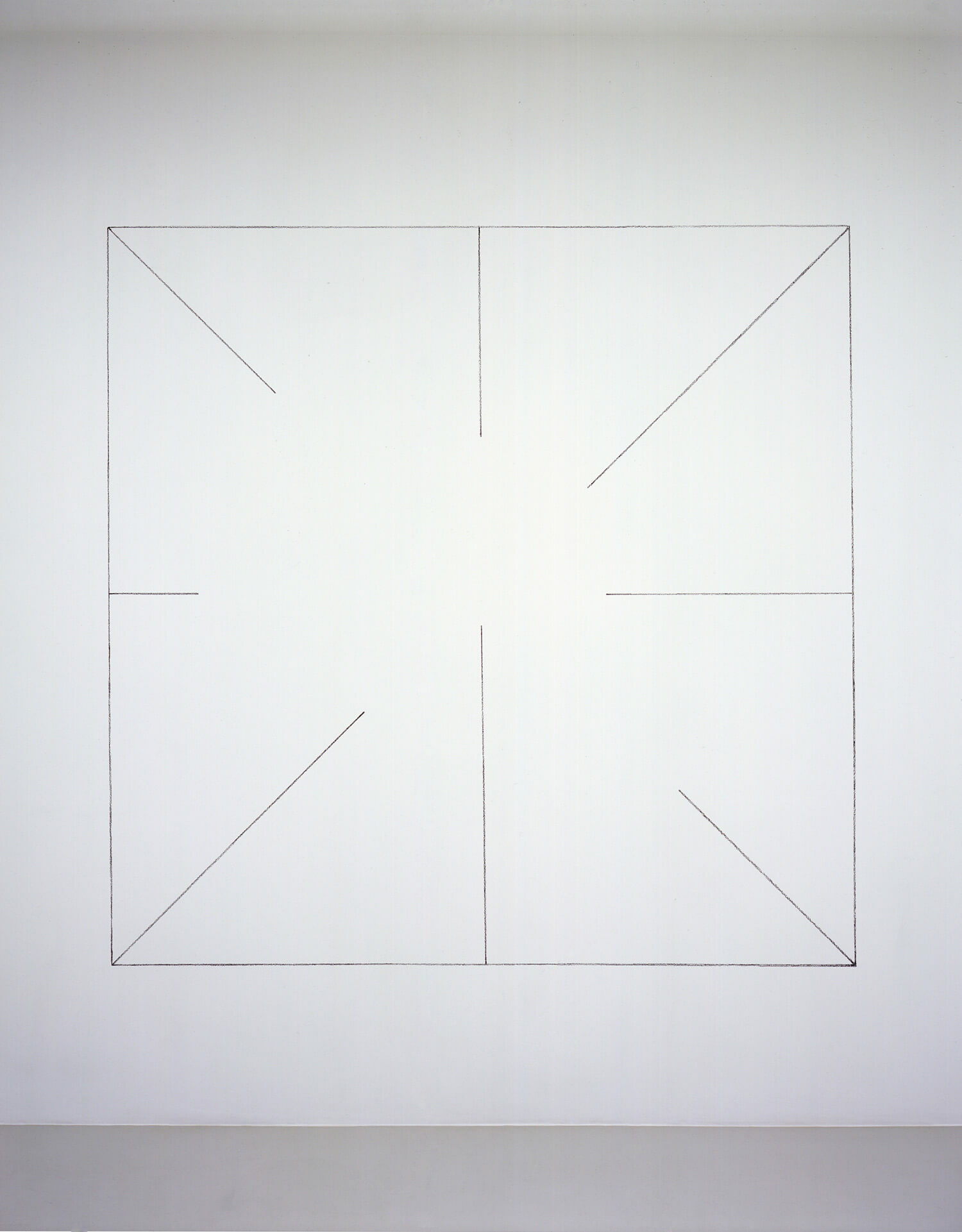 The historical achievement of Sol Lewitt over his long and distinguished career is legendary. He was pivotal in the creation of the new radical aesthetic of the 1960s and controversially had no interest in inherent narrative or descriptive imagery. Like no other artist of his generation he maintained the importance of the concept or idea and, apart from his original works on paper, the work is executed by others to clear and strict instructions. This approach to making art was diametrically opposed to the psychological content and gestural form which typified Abstract Expression in the 1950s but, as Lewitt himself observed, “ an architect doesn’t go off with a shovel and dig his foundation and lay every brick himself. He’s still an artist.”

In this exhibition, the ’other’ is Jonathan Monk, who assumes the roles of both curator and technician by making the Lewitt wall drawings first shown at Lisson Gallery in 1973, made then by Lewitt and the gallery’s owner, Nicholas Logsdail. These museum calibre works are of immense historical importance dating to the very early years of Lewitt’s career. In contrast to the bold, graphic and highly coloured work of his last show at Lisson Gallery, these early works are made up of straight black crayon lines that simply delineate space on the wall. Bridging both the Minimal and Conceptual movements, Lewitt’s paramount focus is always on the idea, which takes precedence above all and whereby the manifestation or execution of the work itself becomes a “perfunctory affair.”

In addition to his early drawings, Lewitt is showing one new wall drawing entitled Scribble, 2006. This work is one of a new series of works made of fast loose pencil-drawn gestures or “scribbles.” The varying density of the marks manipulates perspective – the combination of gradation, density and movement alters spatiality giving the impression of both a convex and concave surface.

Sol Lewitt was born in Hartford, Connecticut in 1928 and lives and works in Chester, Connecticut. After studying Fine Art at Syracuse University, he worked as a graphic designer for I.M. Pei’s architecture office in New York. He has exhibited internationally and his works hang in the Tate Modern, the Guggenheim, MoMA, NY, and DIA, Beacon. 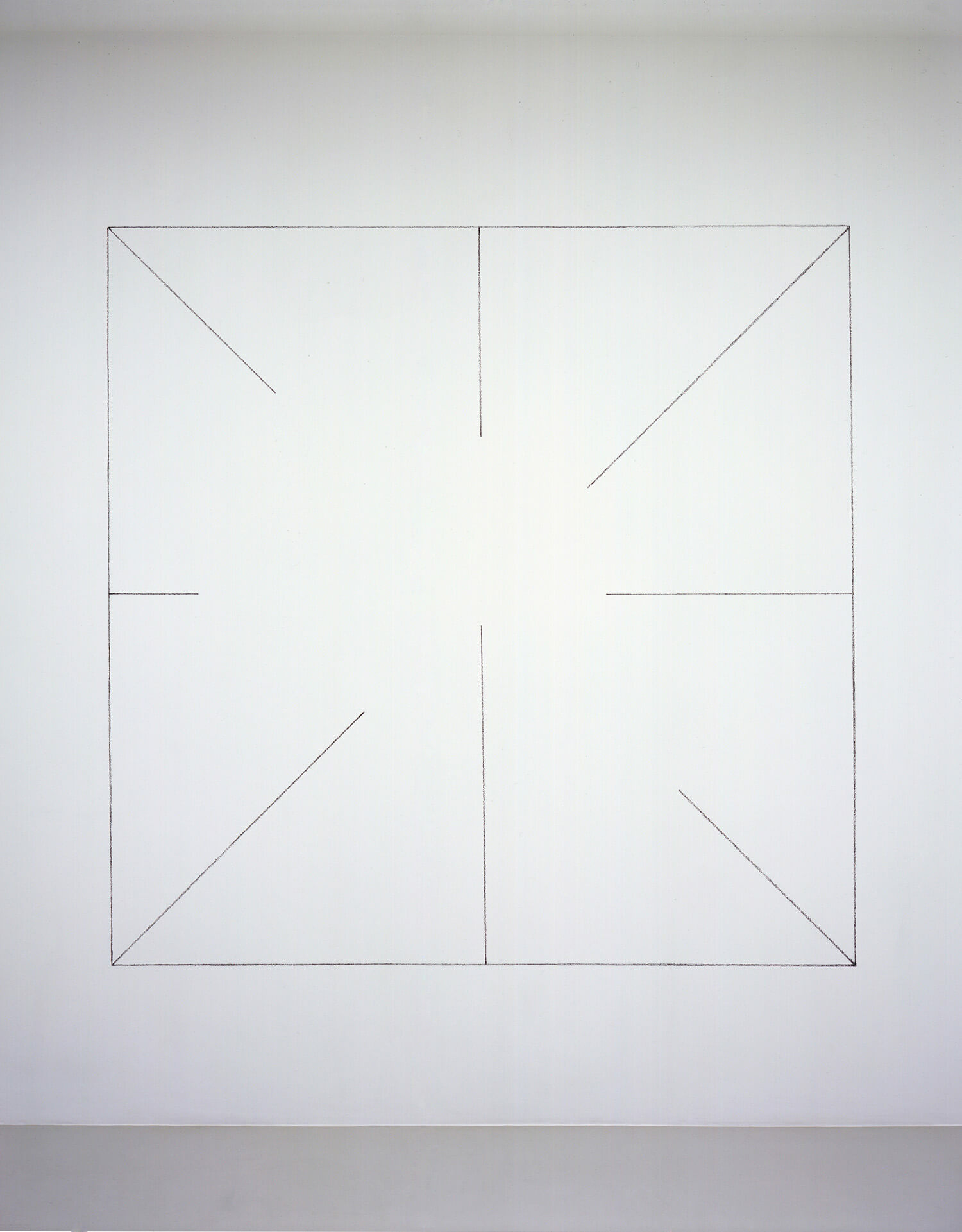 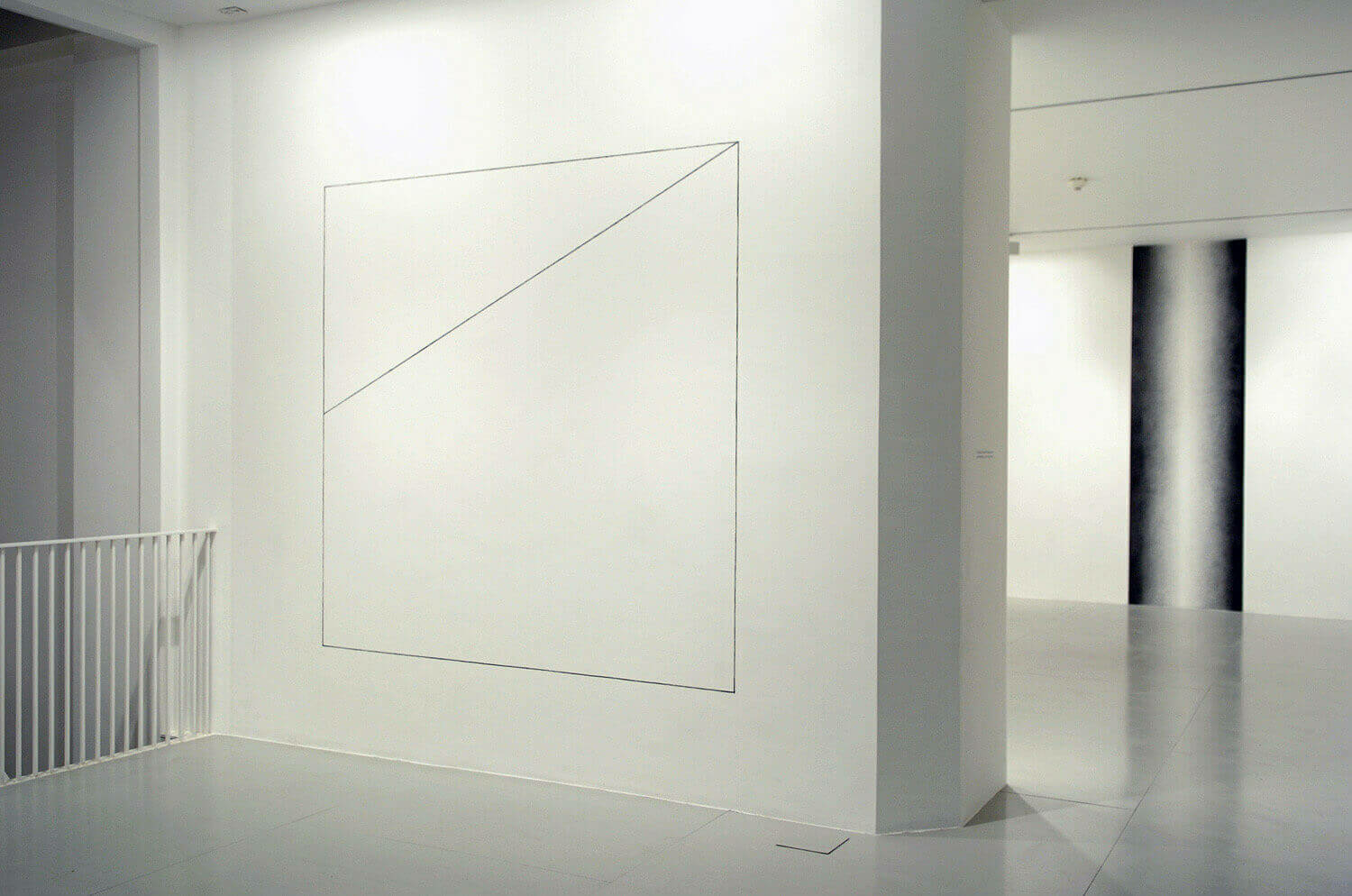