Cross-sensory perception quickens and multiplies in Smell of First Snow, Shirazeh Houshiary’s eighth exhibition at Lisson Gallery. Through painting, drawing and sculpture, Houshiary approaches the intangible and evanescent, articulating a metaphysical reality that lies beyond mere form and surface.

A diaphanous mesh of pencilled words traces its way across Houshiary’s canvases like spiralling strands of DNA. Each word is precisely written yet cumulatively becomes illegible, individual meanings giving way to vibrations that invoke a plethora of non-verbal associations. Migratory currents, the minute structures of living matter, shifting atmospheres and the whorls of fingerprints are simultaneously summoned in the written topographies that swirl and crystallise across the picture surface, conveying turbulent energies and the processes of the universe.

In the vast central diptych, A Deluge (2015), a tissue formed of innumerable tiny words and powdered cobalt and violet pigments form a fine tracery evocative of the muted luminosity of a clouded sky. The monumental structure of the image, immersing the viewer in its sea of meticulously organised atoms, is near symmetrical while suggesting endless flux. Telescoping biological and cosmic scales, it grants a glimpse of infinity within the limits of its dual panels.

Smaller works such as Zero and Seed (both 2014) likewise evince a protean energy. Proceeding from the binary starting point of a black or white aquacryl ground, these paintings possess a numinous quality, their teeming eddies of words being inscribed with precision yet feeling as though they arrived pre-formed — as organic as language, as effortless and essential as breath. Describing what is known rather than seen, felt via overlapping senses and via memory, Houshiary’s canvases are manifestations of mindfulness in which the artist’s touch translates into being.

Accompanying the paintings are sculptures made this year. Two wall-based works, Allegory of Sight and Allegory of Sound, explicitly strive after synaesthesia. Resembling dancing ribbons or darting wavelengths, these cast stainless steel sculptures are coated in dense black and evanescent white paint respectively, creating a dialectical evocation of these vital senses. Lit from above and attached to the wall, they traverse not only between two- and three-dimensionality, but also between the physical and immaterial worlds, throwing shadows whose echoing delineations form a continuation of the works. 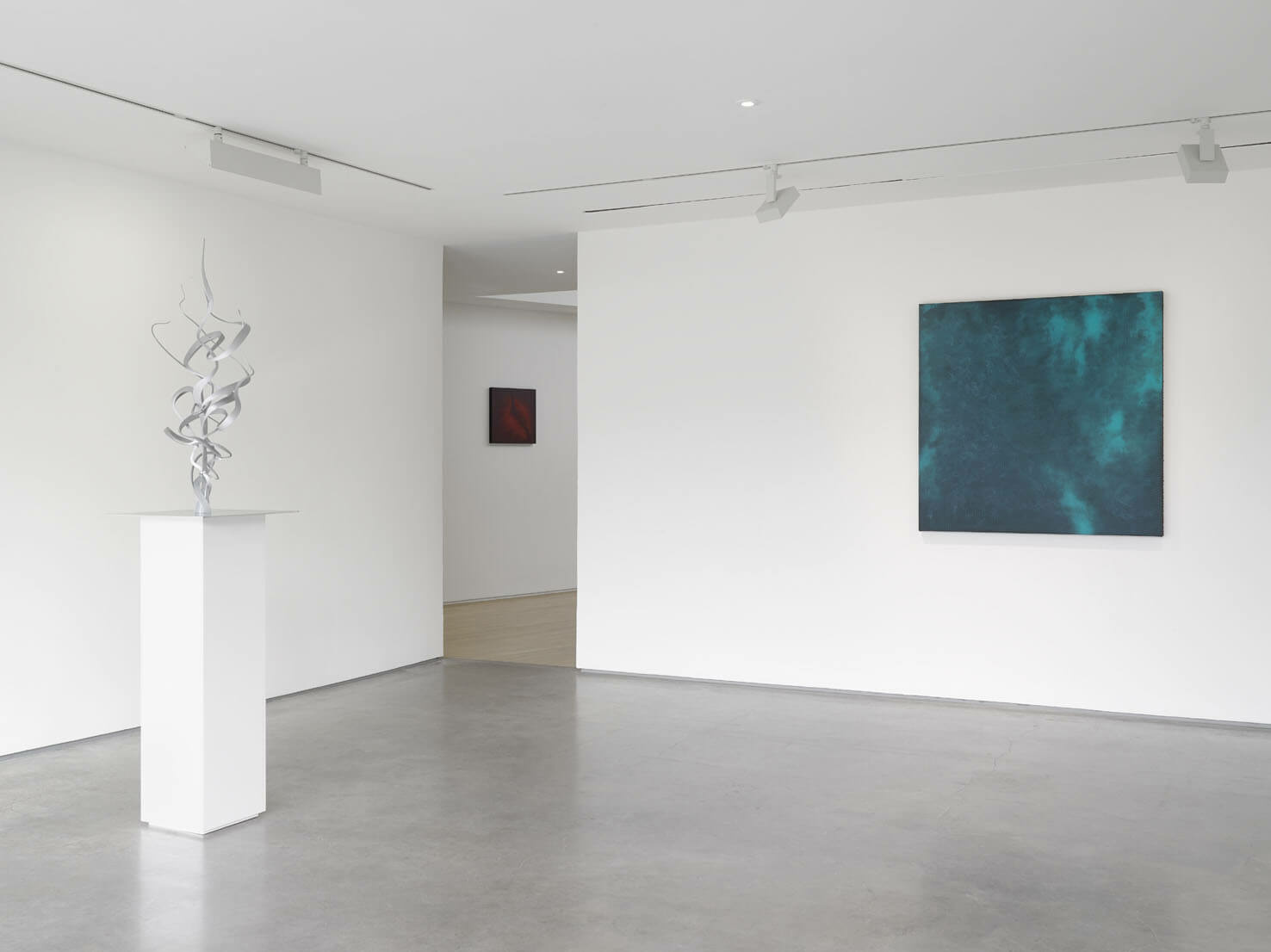 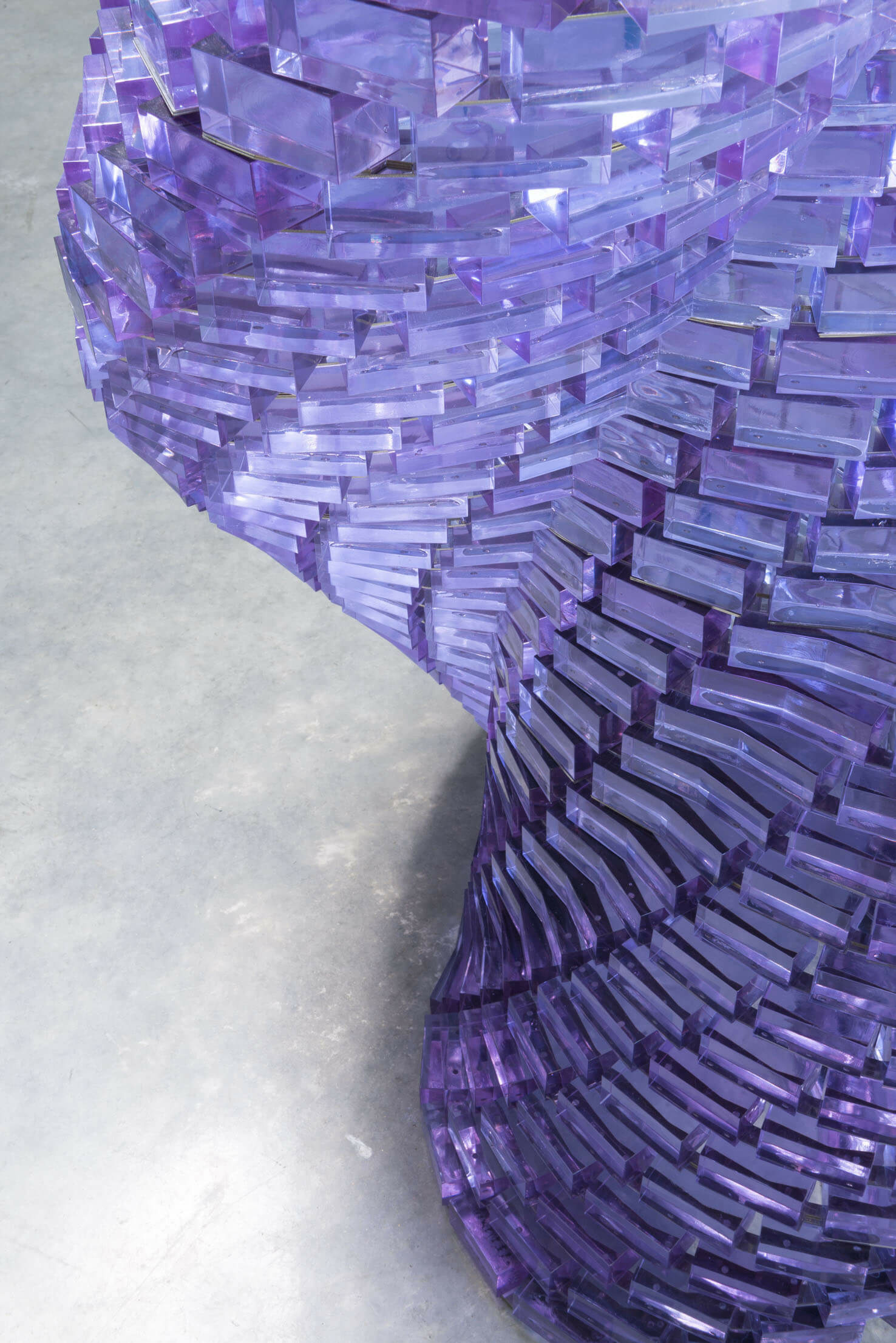 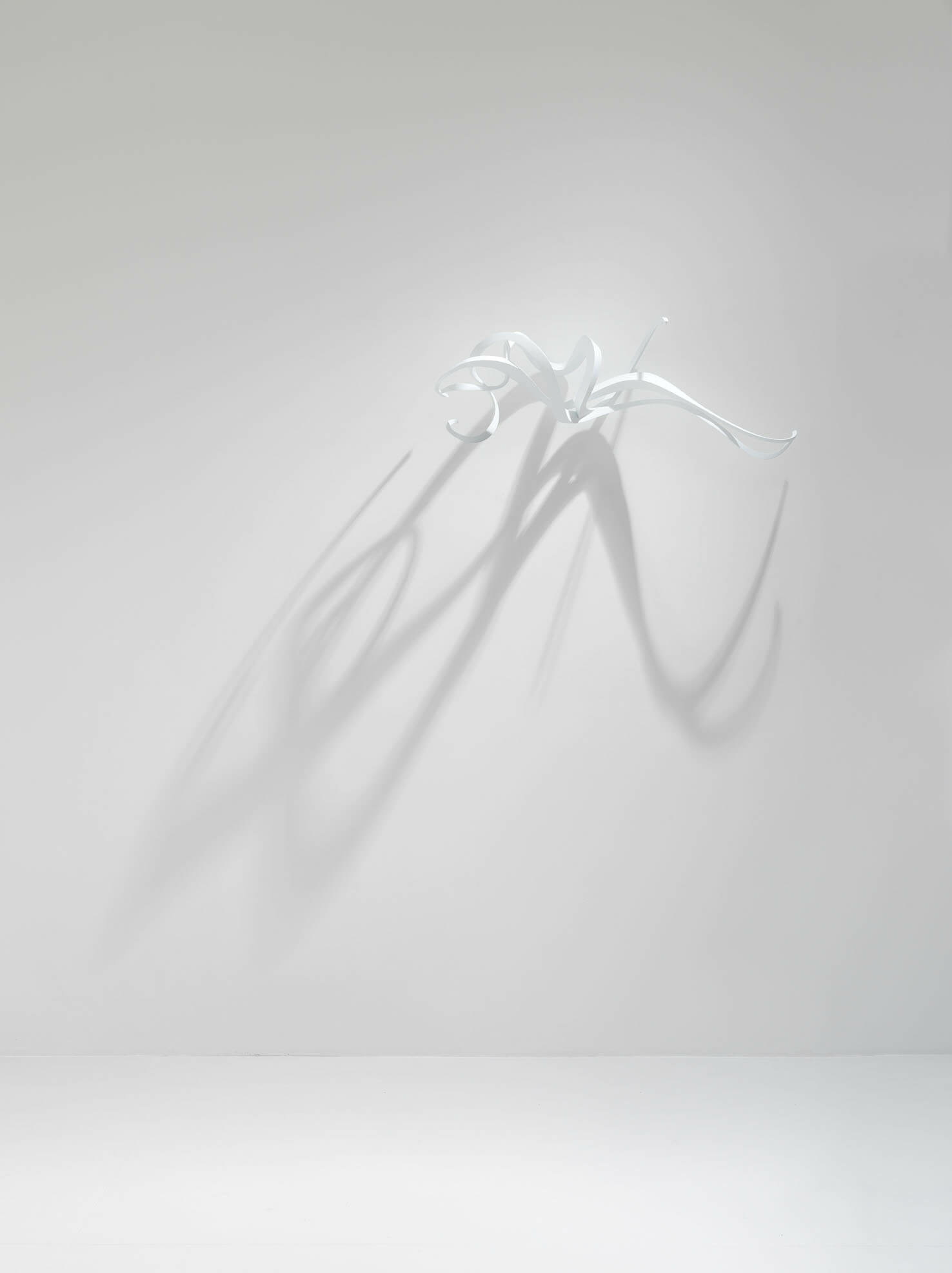 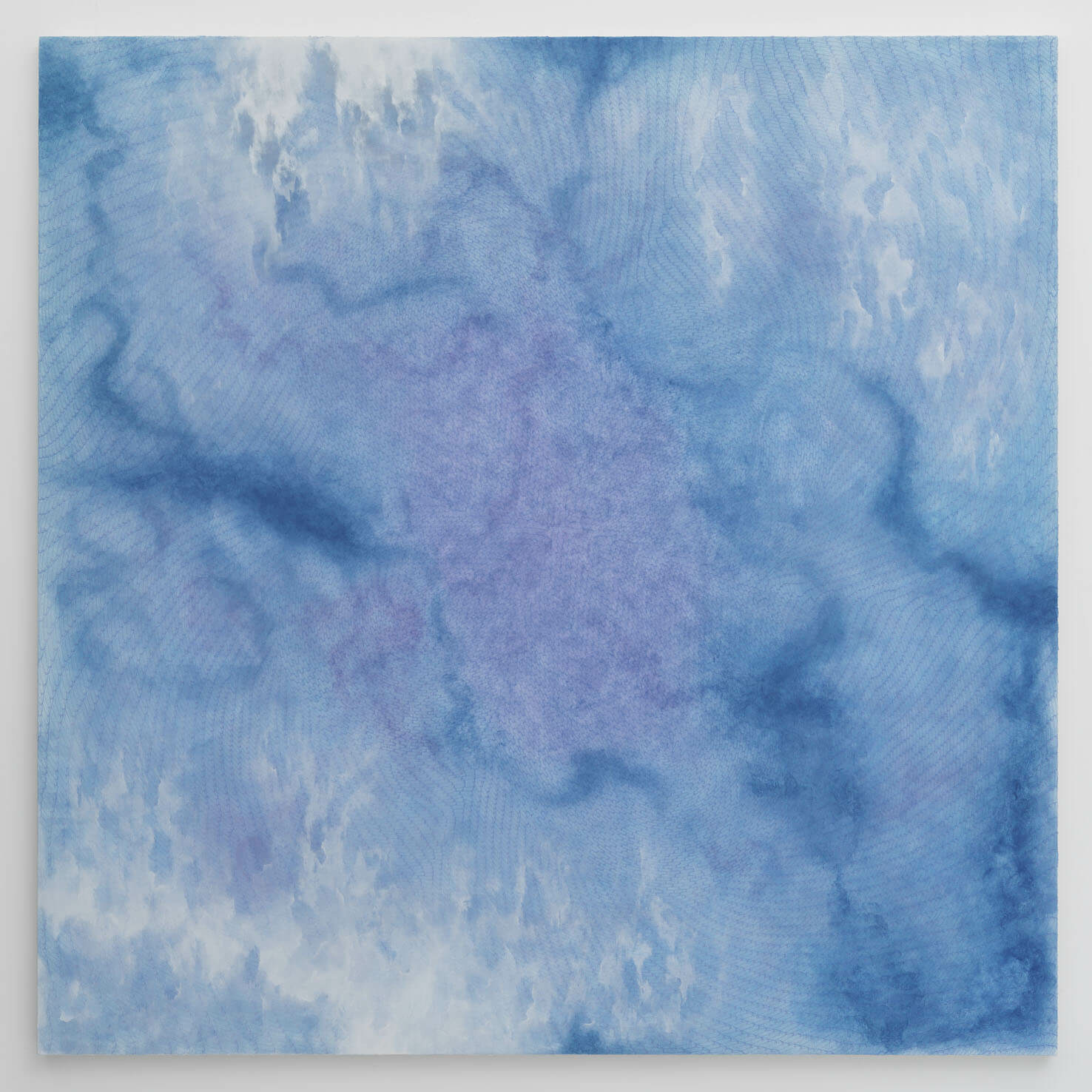 Pencil and pigment on white aquacryl on canvas and aluminum

Pencil and pigment on white aquacryl on canvas and alumInium 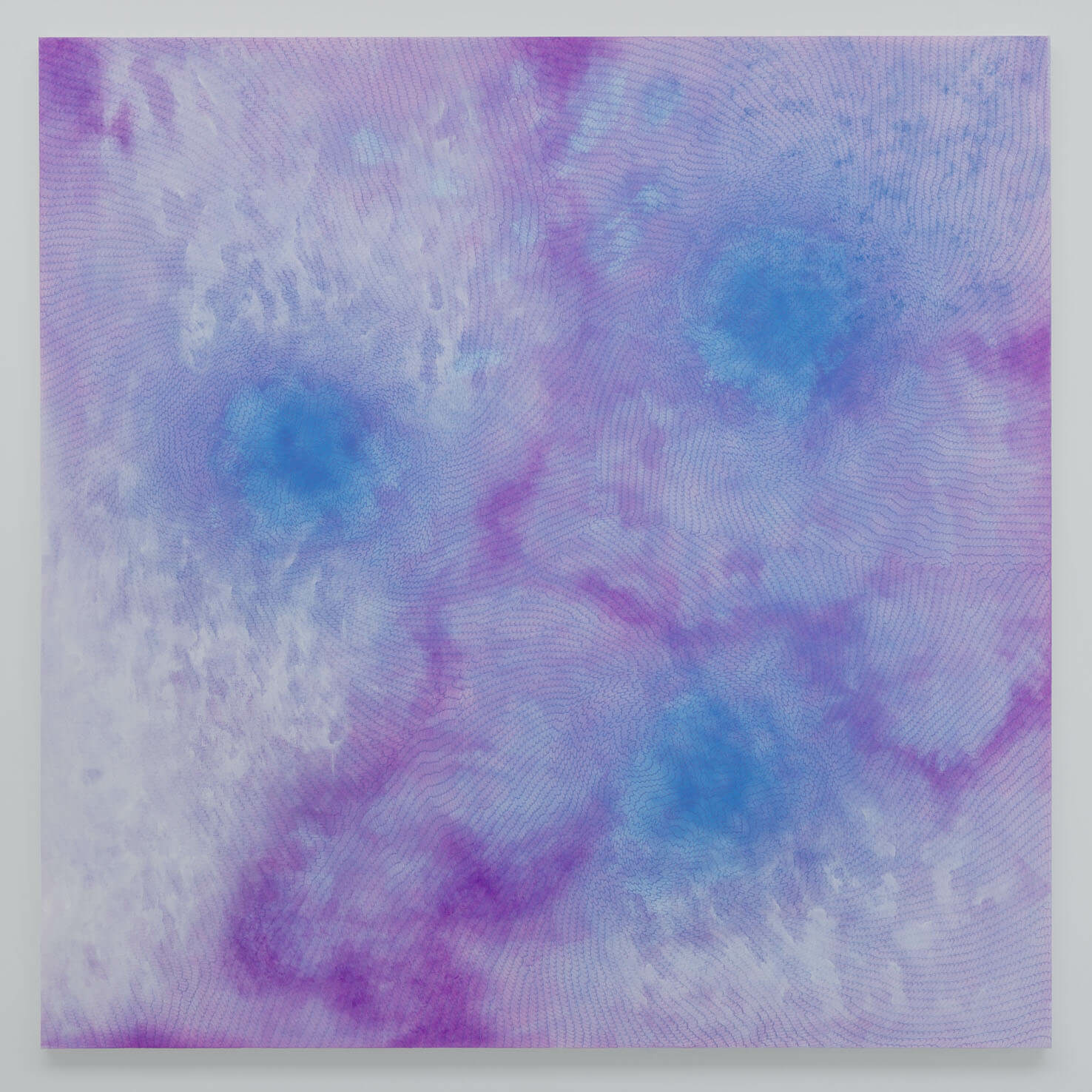 Pencil and pigment on white aquacryl on canvas and aluminum 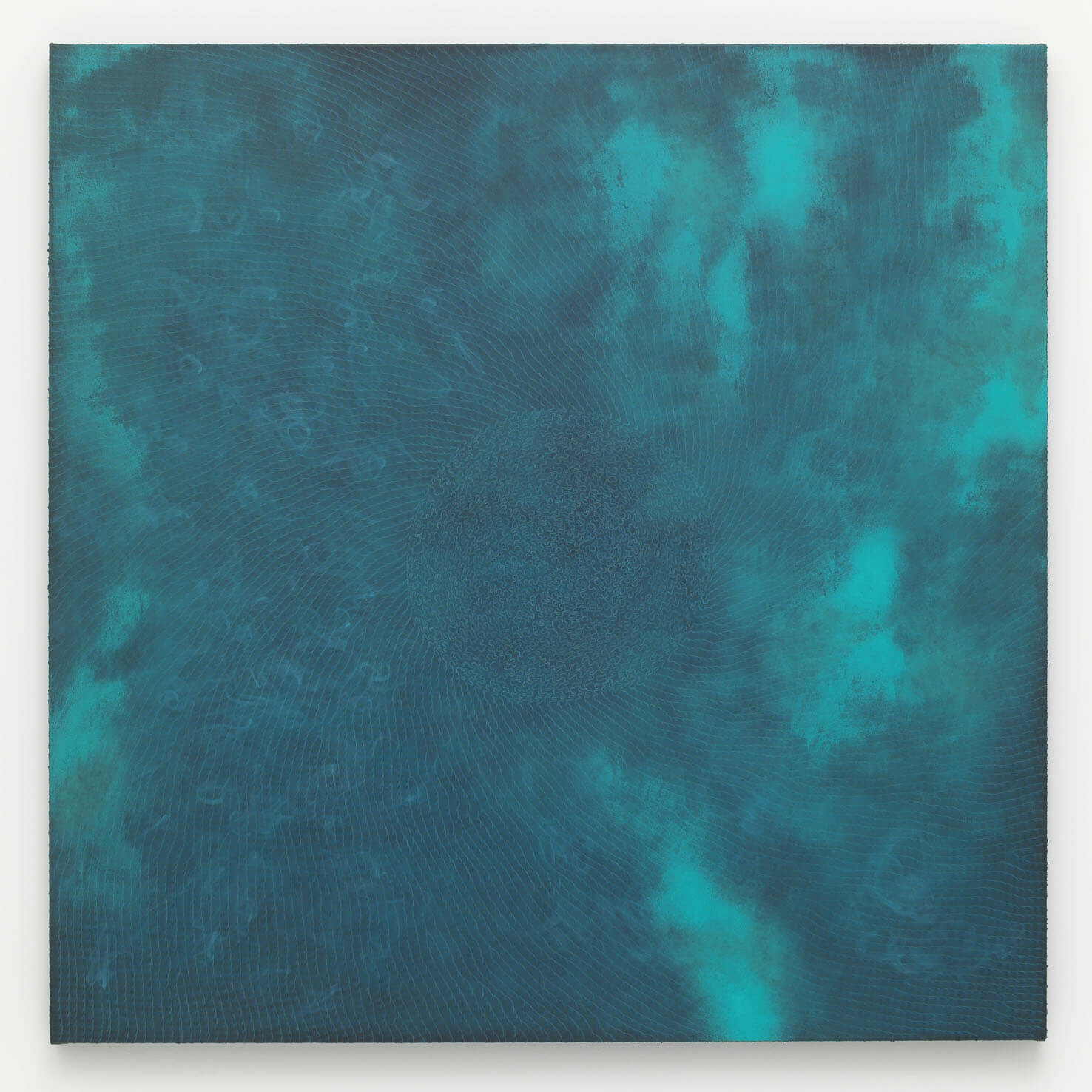 Pencil and pigment on black aquacryl on canvas and aluminium 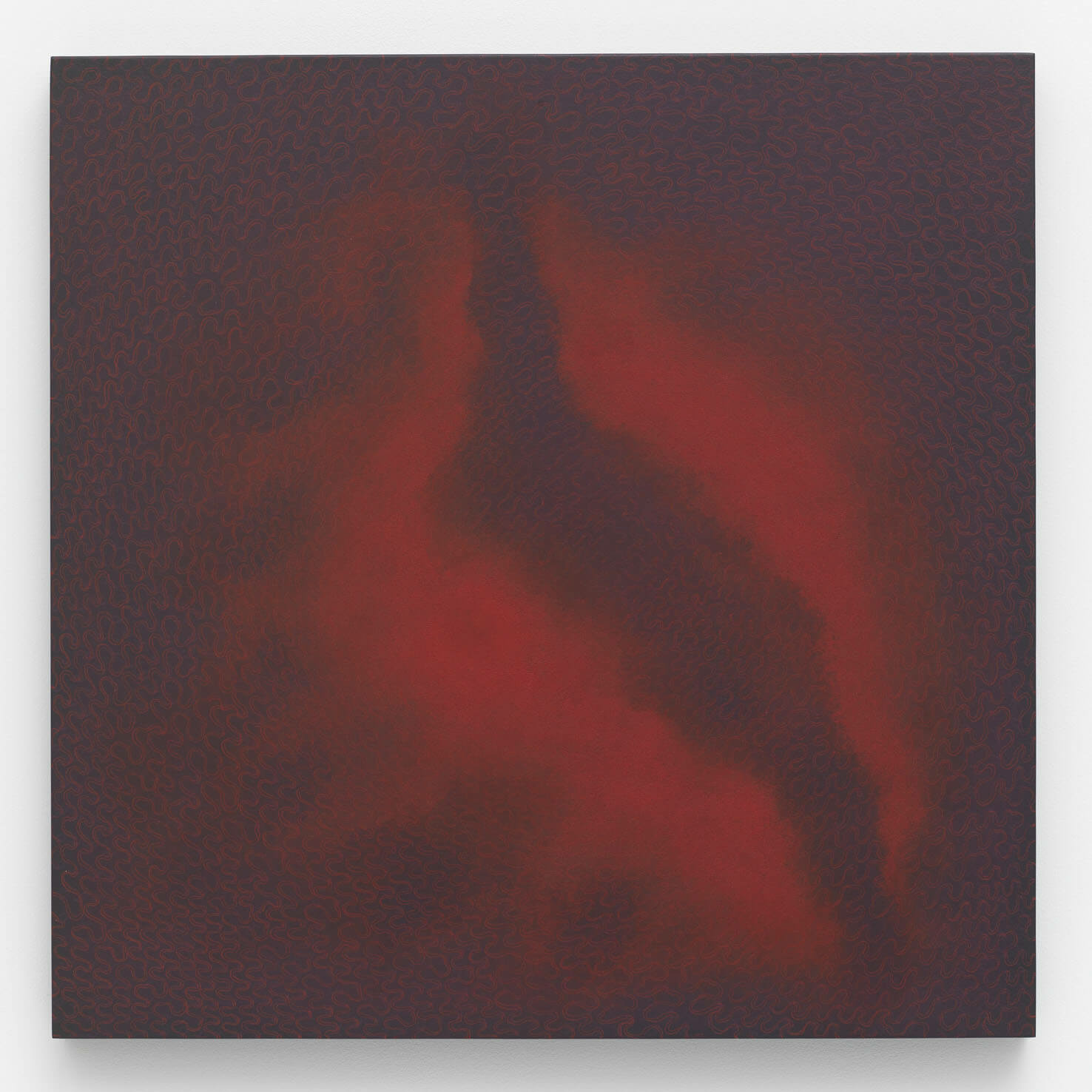 Pencil and pigment on black Aquacryl on aluminium 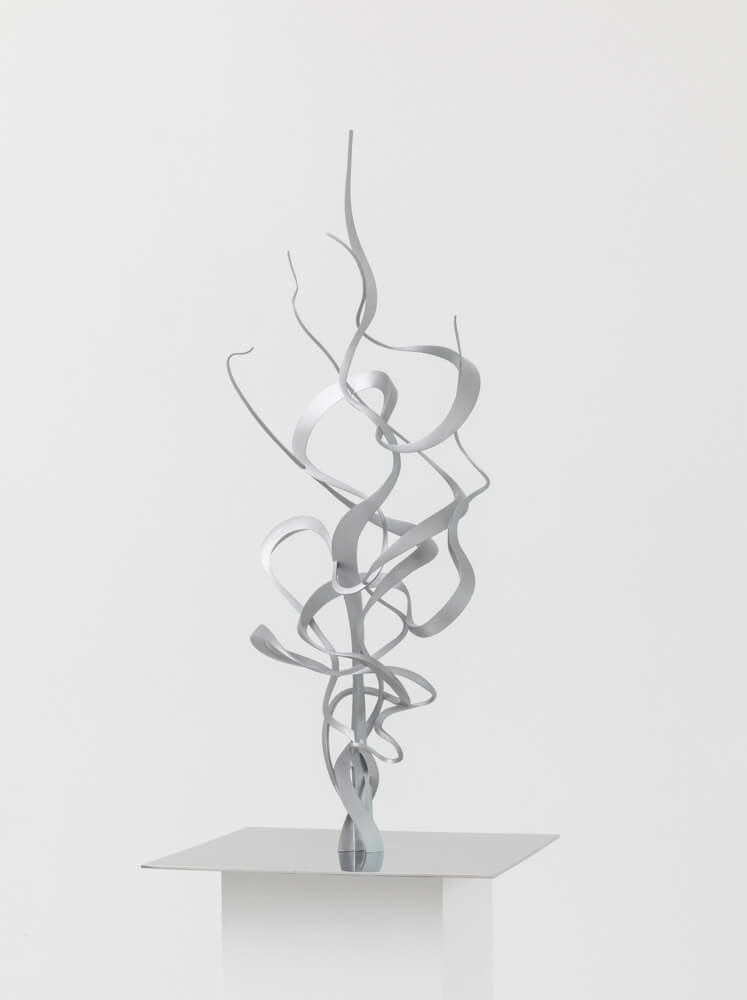