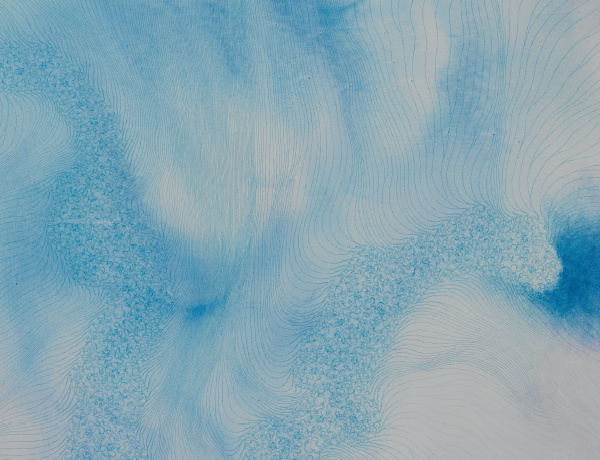 In her latest exhibition, Shirazeh Houshiary investigates the friction between the conscious and unconscious, control and chance, reflecting on the physical and immaterial qualities that shape art and human life. Bringing together new paintings and sculpture — including her largest painting to date, a triptych of more than eight metres in width — Nothing is deeper than the skin marks the artist’s first show with Lisson in New York, and her ninth exhibition with the gallery.

Skin functions as a membrane, a barrier but also a soft boundary between the human body and the outer world. It is the conduit to the primeval sense of touch — the first line of defence against friction and conflict – but equally it is exposed to warmth, light and the pleasure of embrace. The works in Nothing is deeper than skin explore the complex relationship between the interior and the exterior, manifesting permeability and flux in their mercurial surfaces composed of pigment, pencil, aluminium and glass.

Whilst an intricate and involved process is a recognised feature of Houshiary’s work, in the new paintings she introduces an unparalleled level of chance. To create these paintings, a mixture of water and pigment is poured onto the surface of the canvas to produce an enigmatic ground punctuated by pooling sediment and irregular apertures. Over this layer, the artist’s hand is introduced through rigorous mark-making, in some paintings manifesting as words — Houshiary’s frequent pairing of an affirmation and a denial — and in others as lines creating a steady abstraction that radiates its own frequency and energy.

In new sculptures comprised of a twisting arrangement of glass bricks, Houshiary further explores the notion of transparency and the possibility of transcending three-dimensional space. Each brick, whilst an essential element in the construction of the work, also functions as a sign of absence or void, suggesting the quality of boundlessness. The sculptures’ helical forms, created through the careful rotation of each layer at precise angles to produce a spiralling effect, are at once vigorous and evanescent, their materiality appearing to stretch and pull into infinite space, exemplifying the interplay between form and formlessness that is the essential tension of Houshiary’s work. 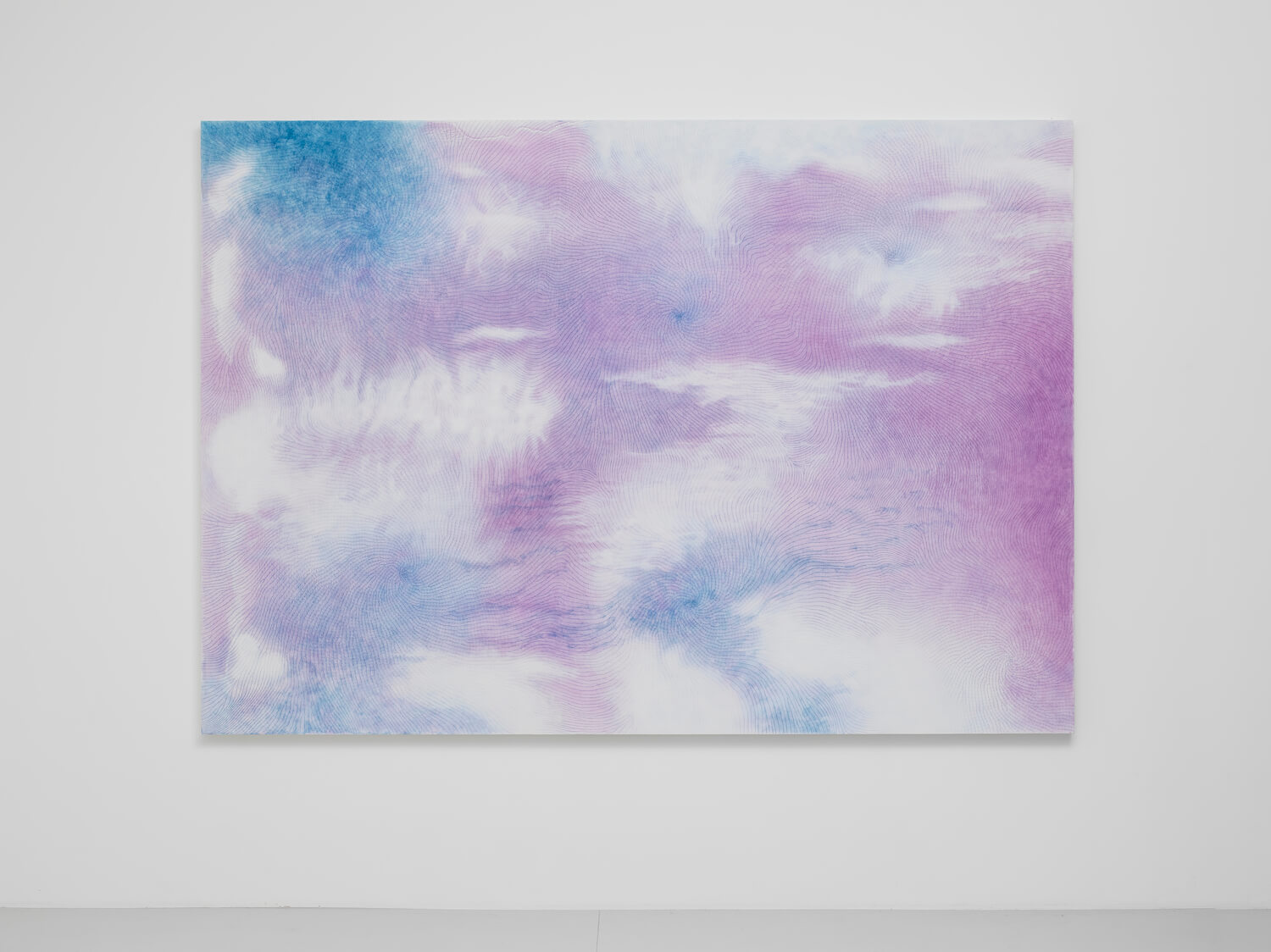 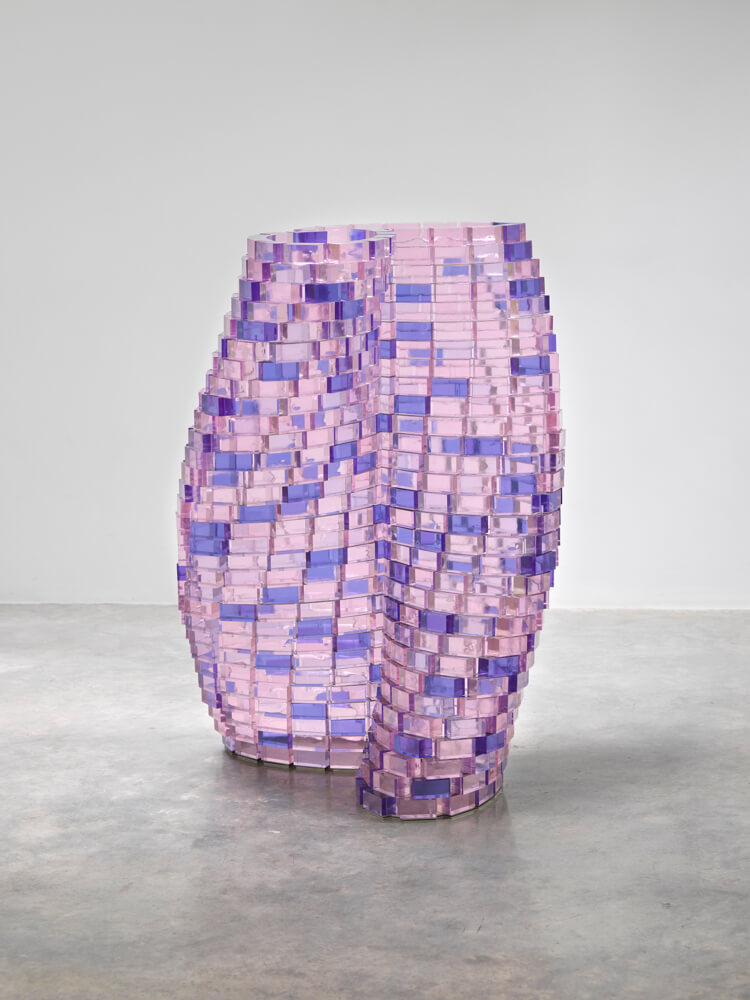 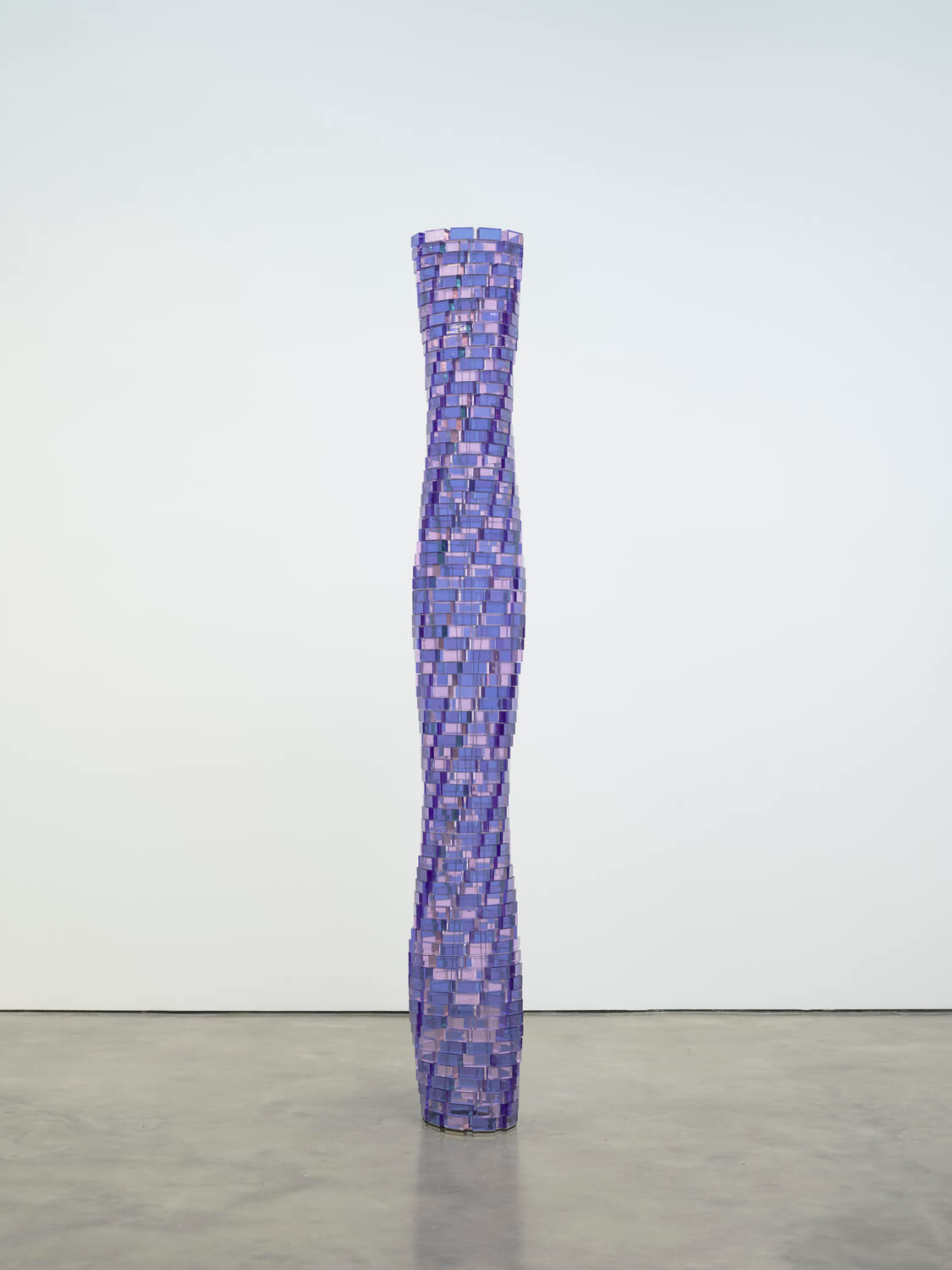 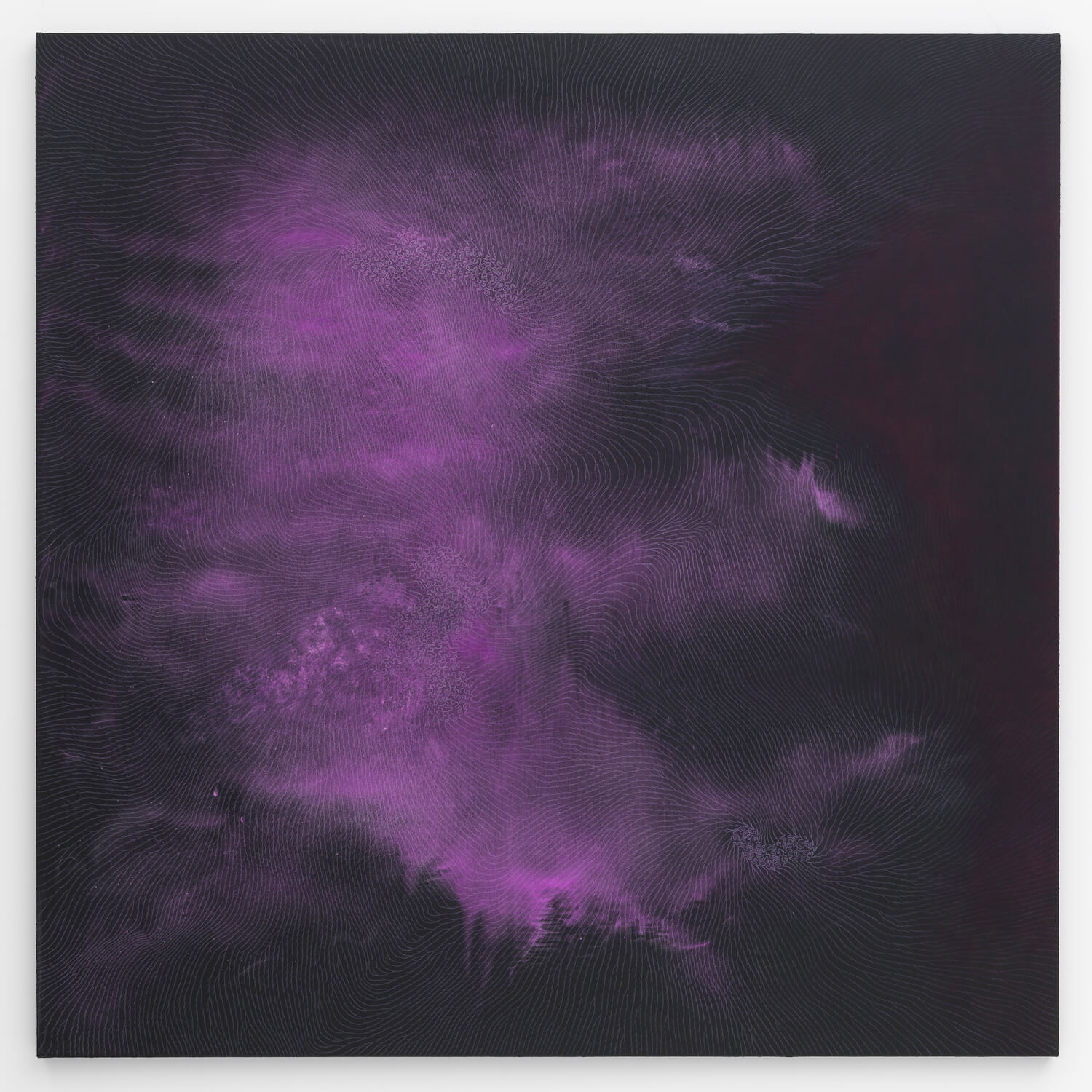 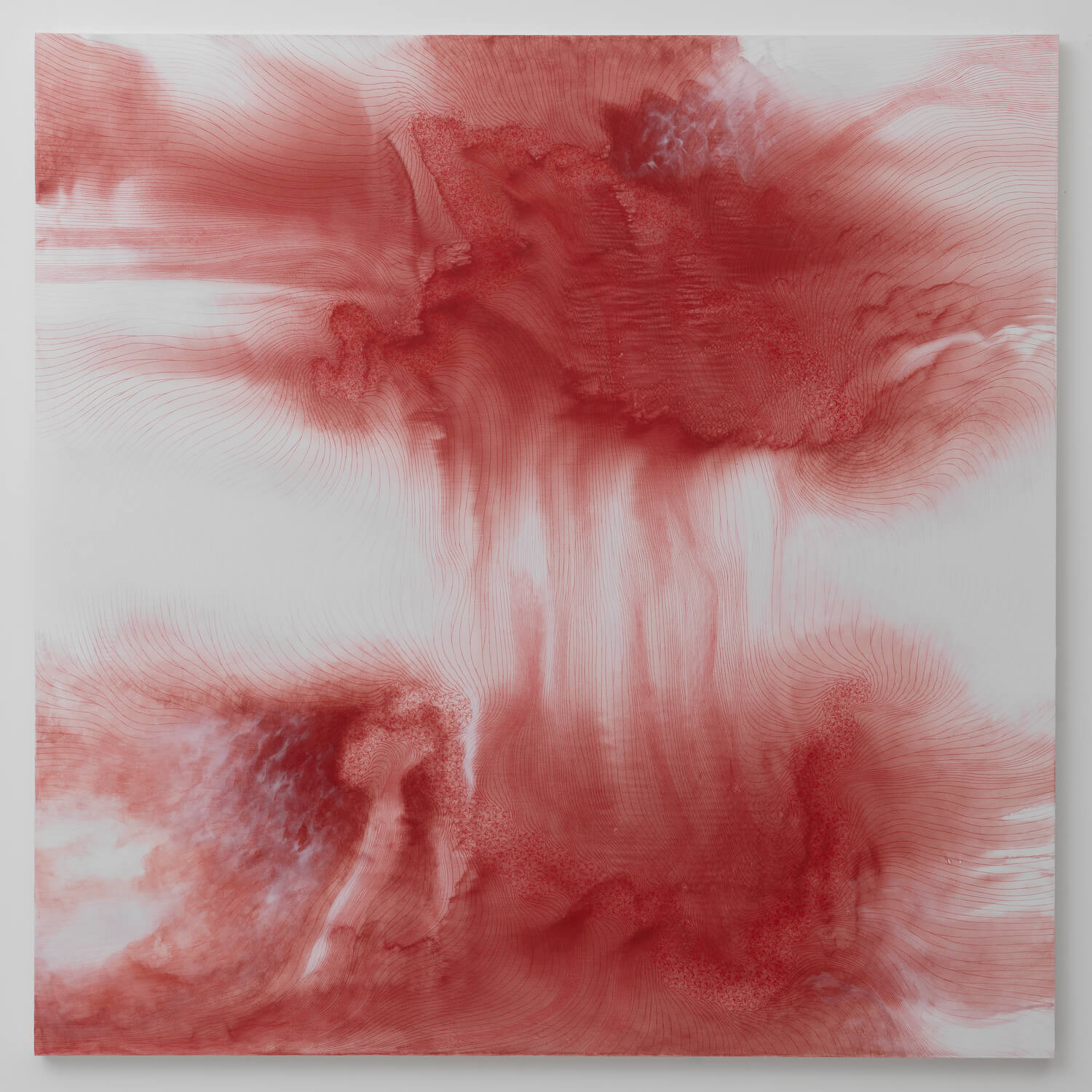 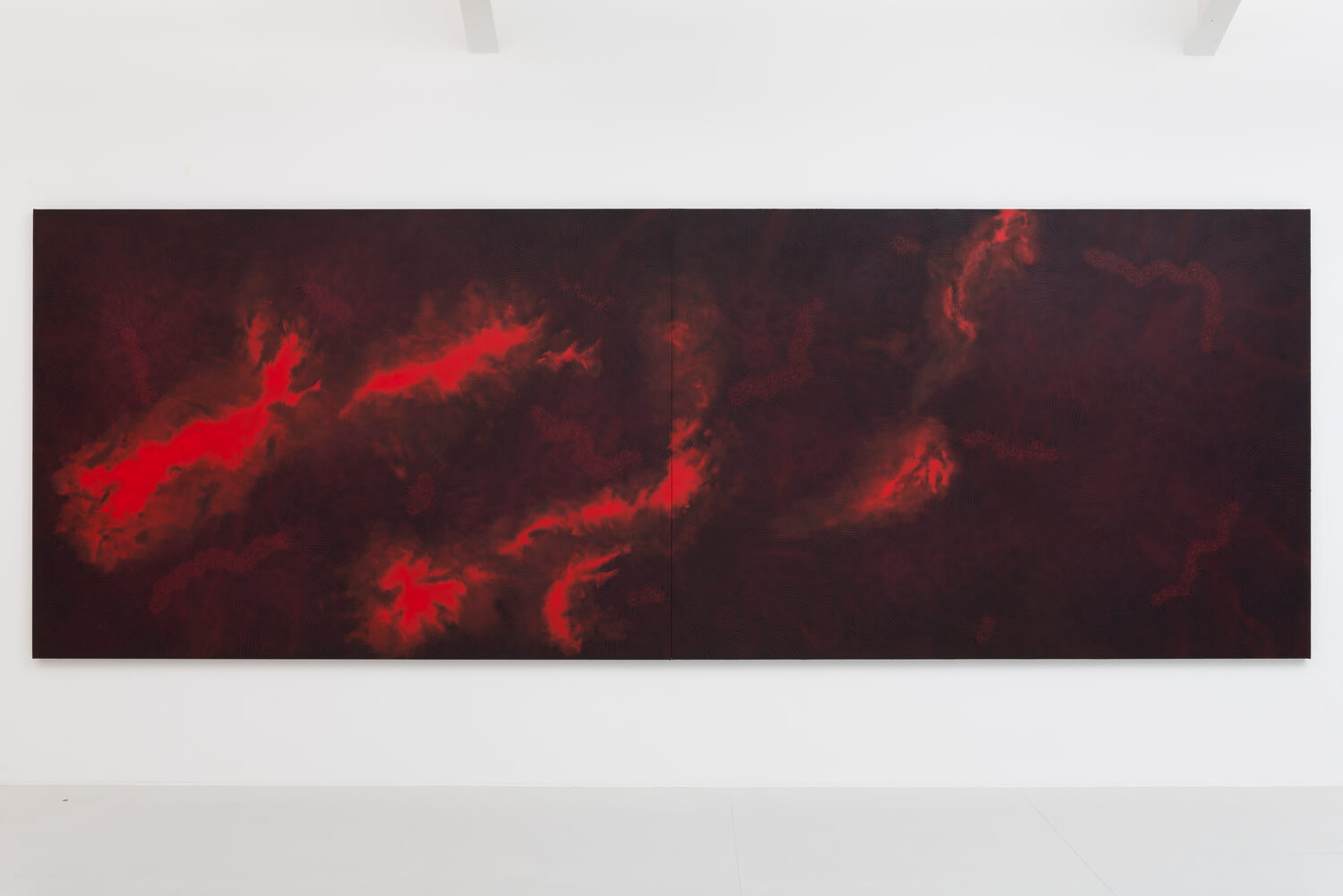 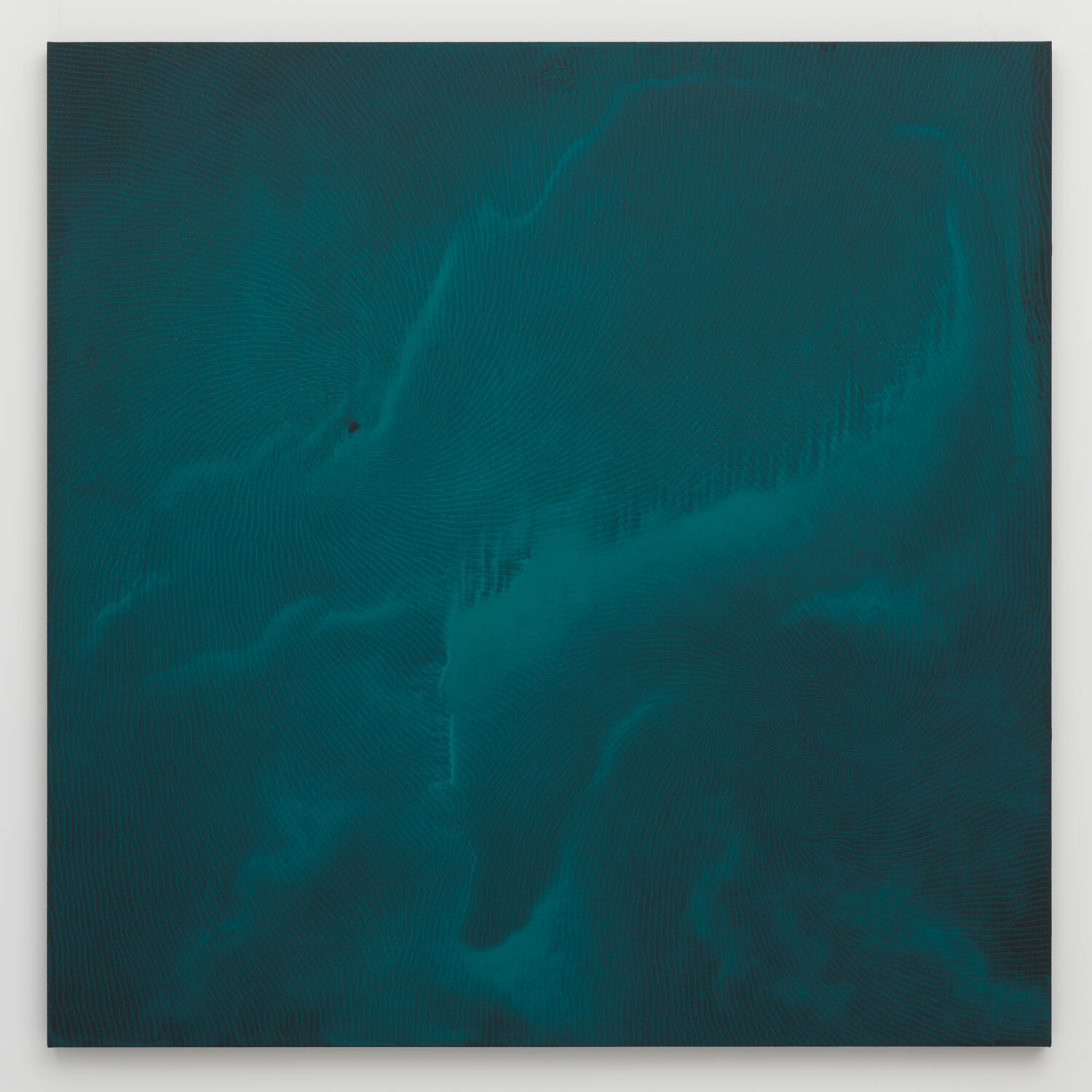 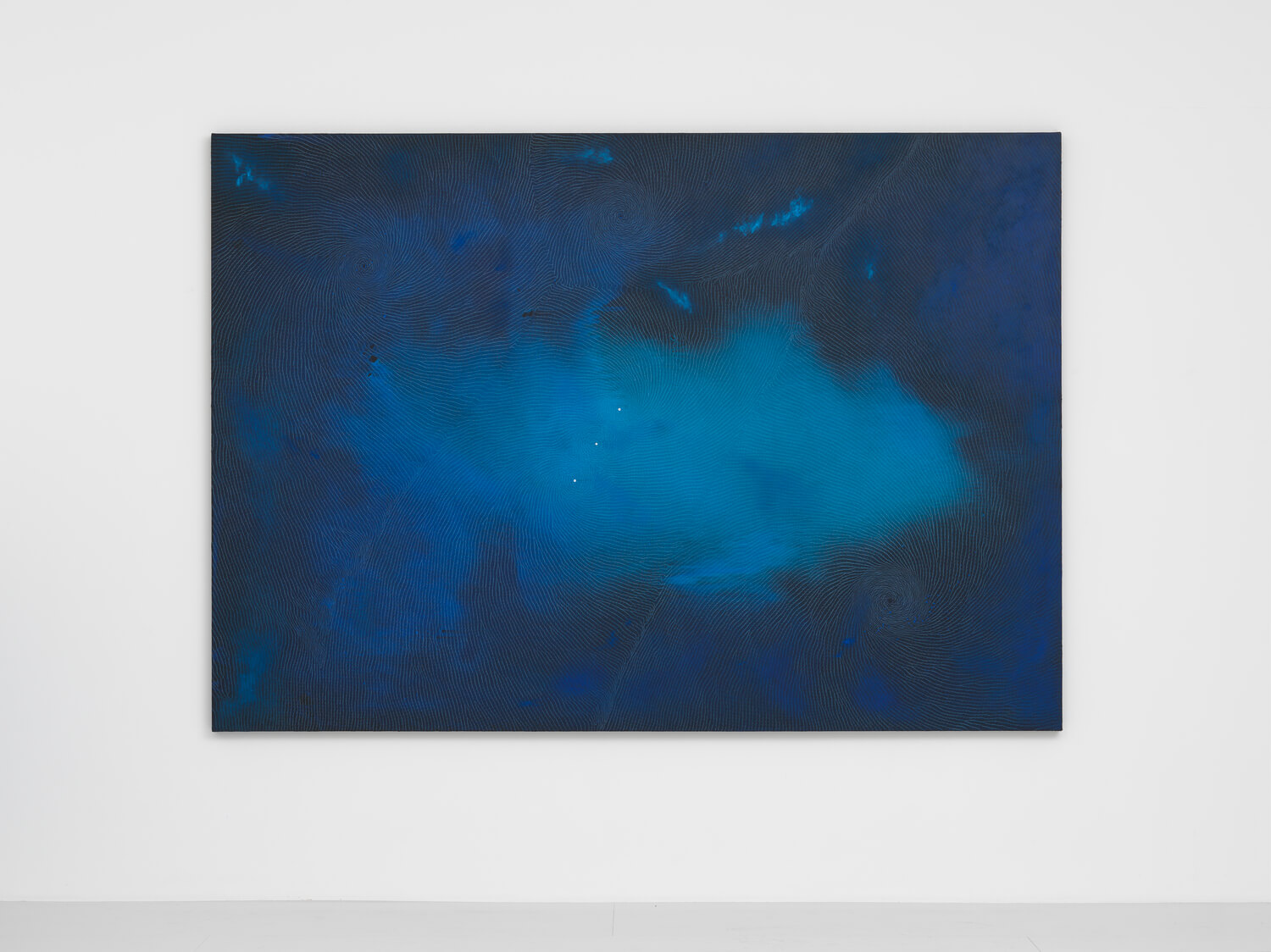 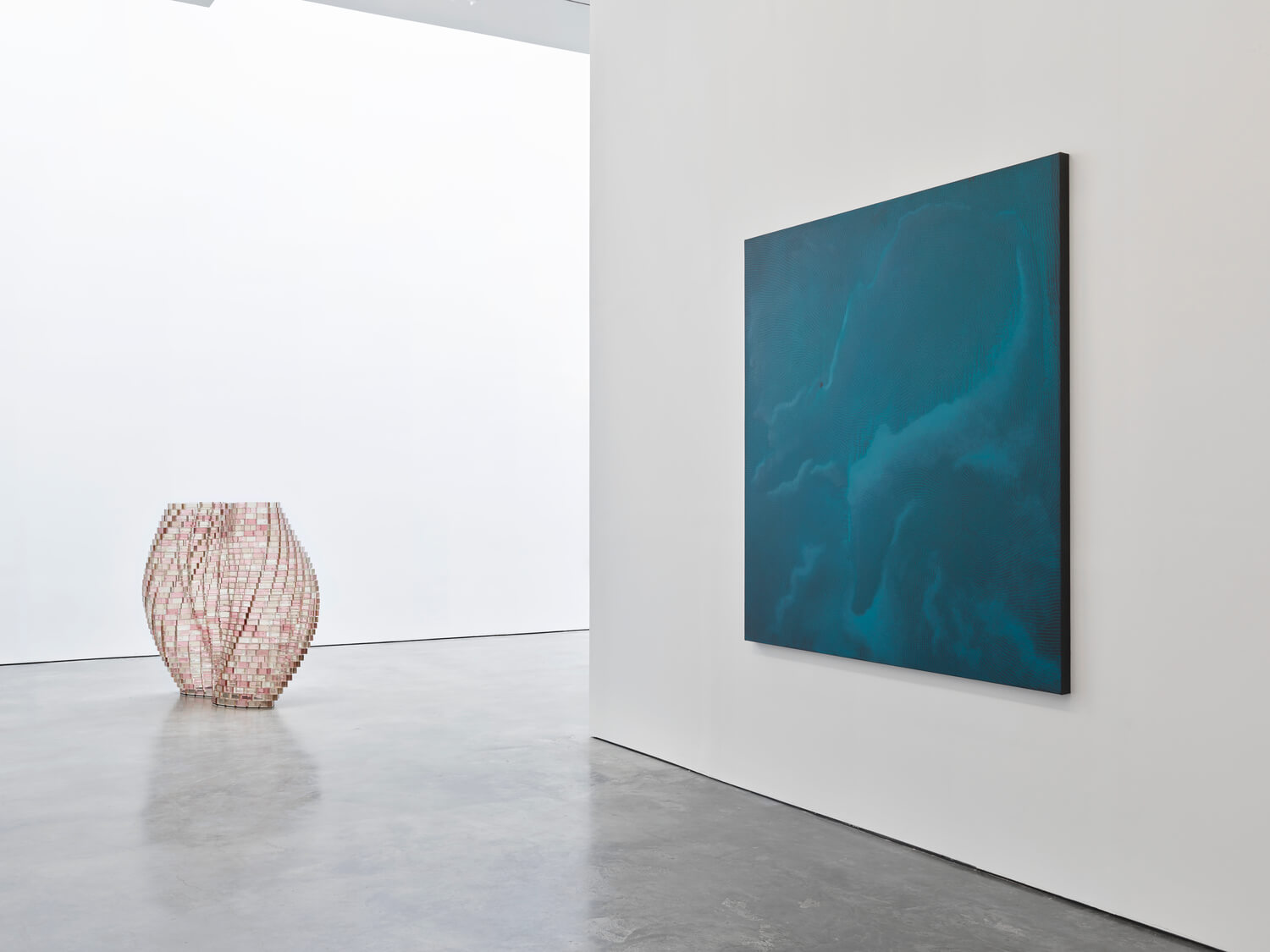 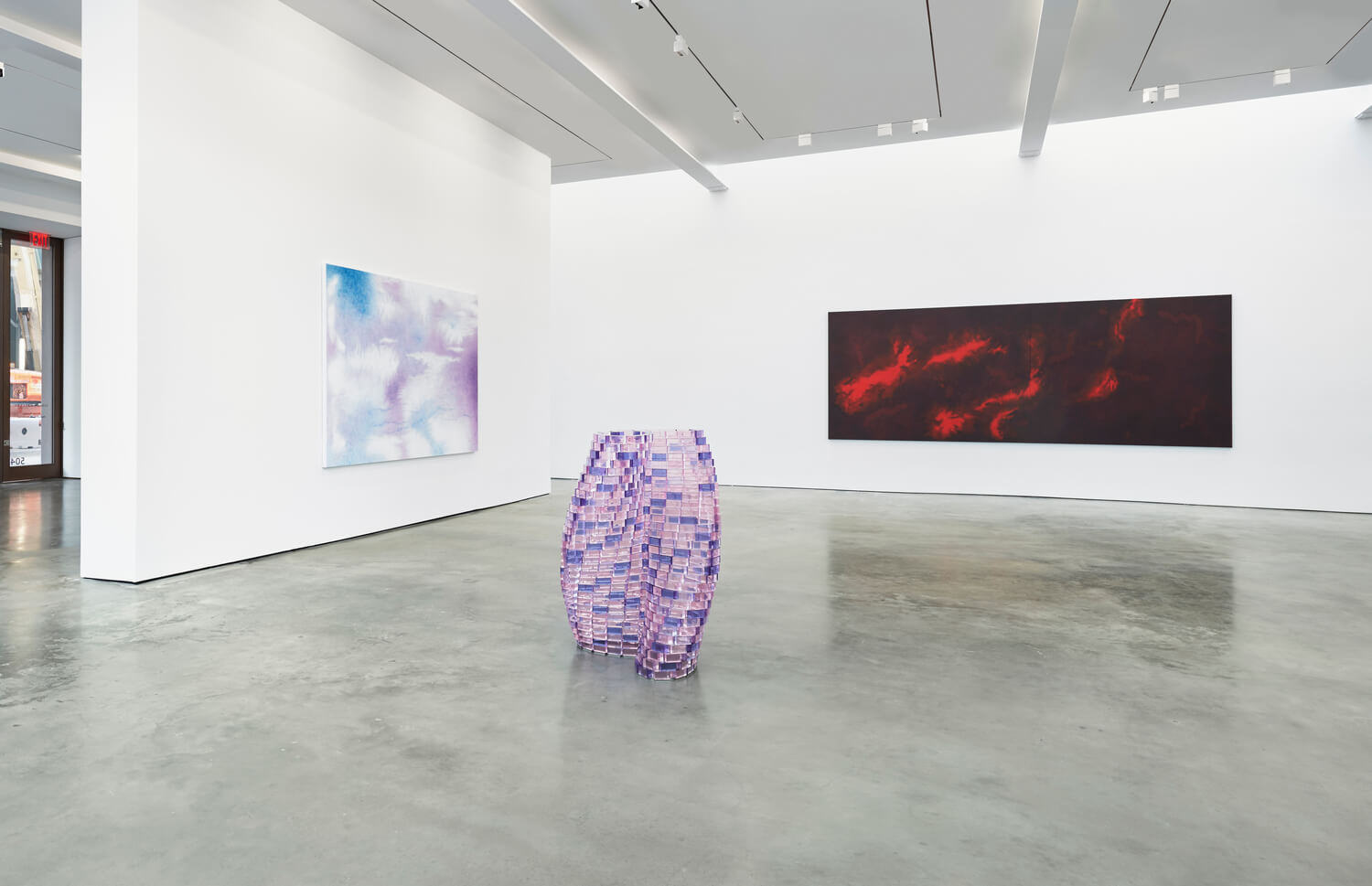 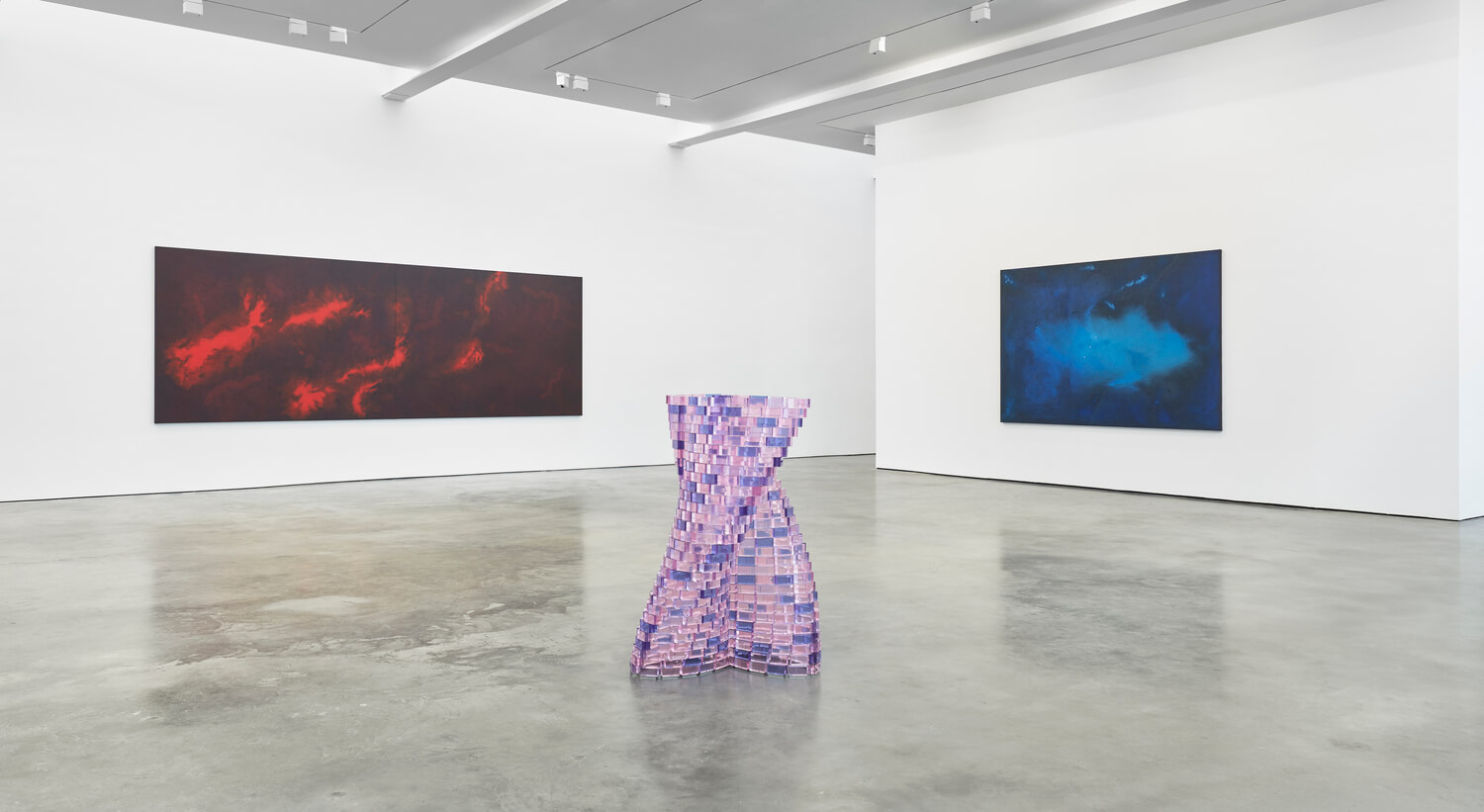 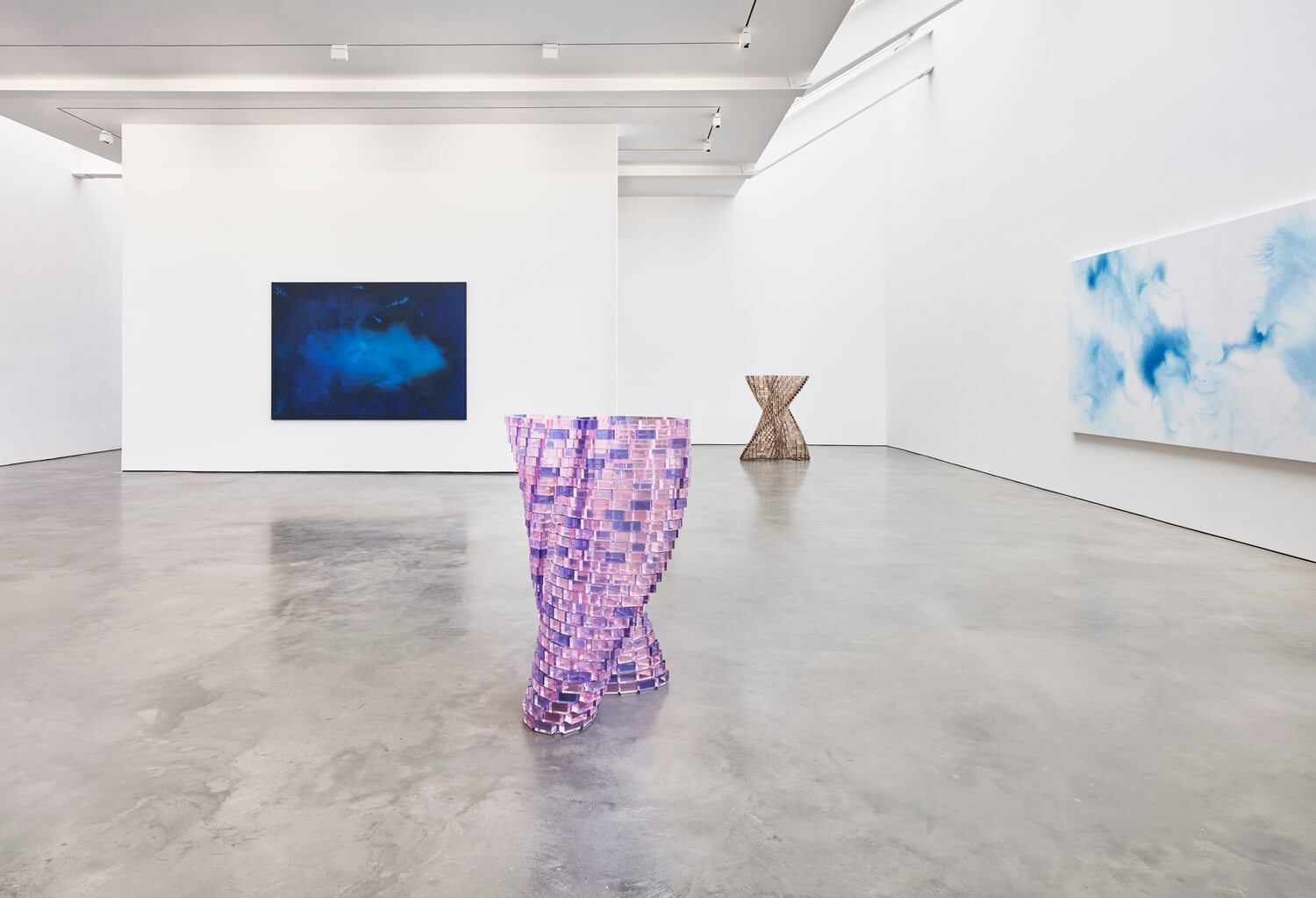 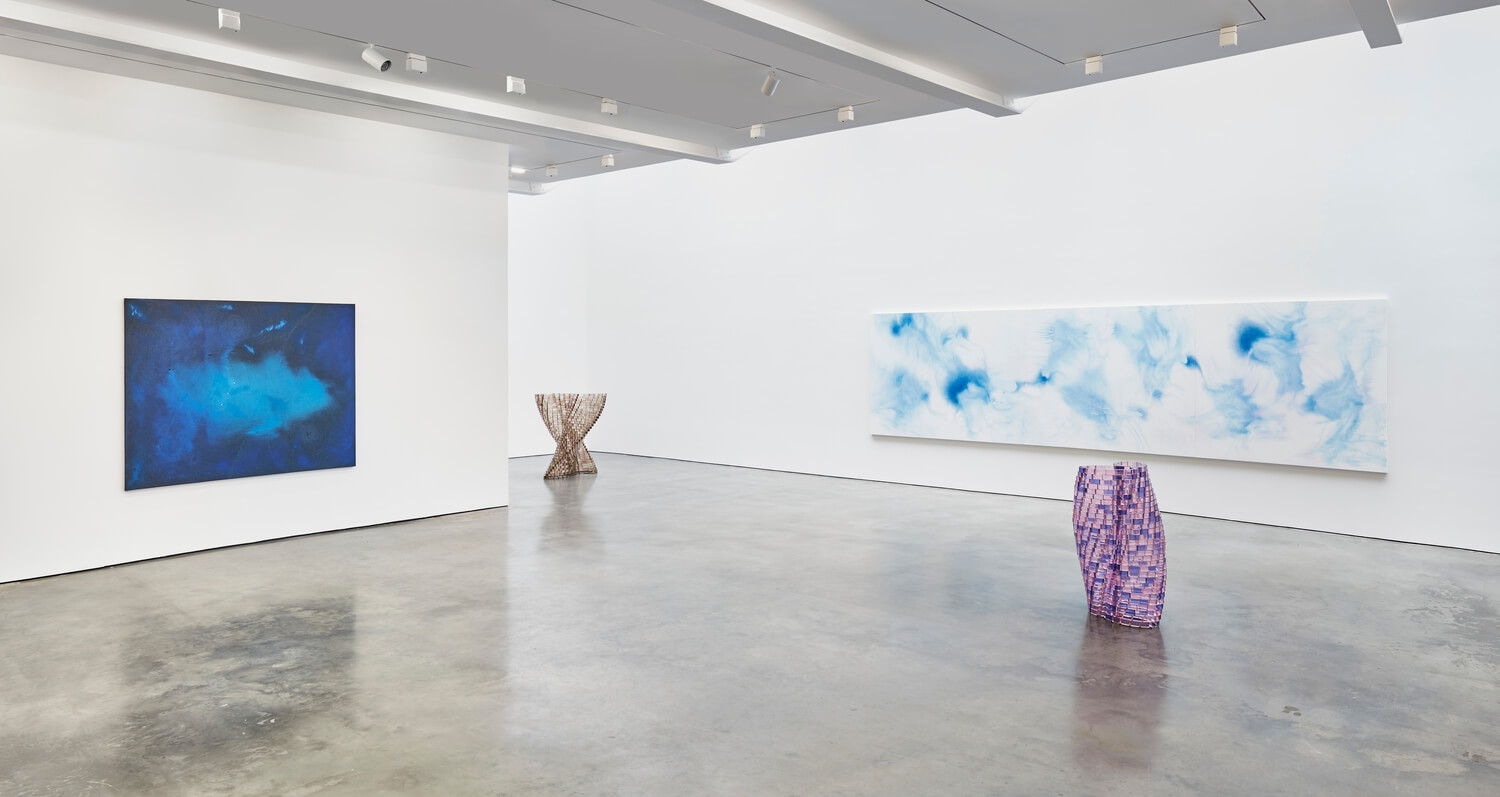 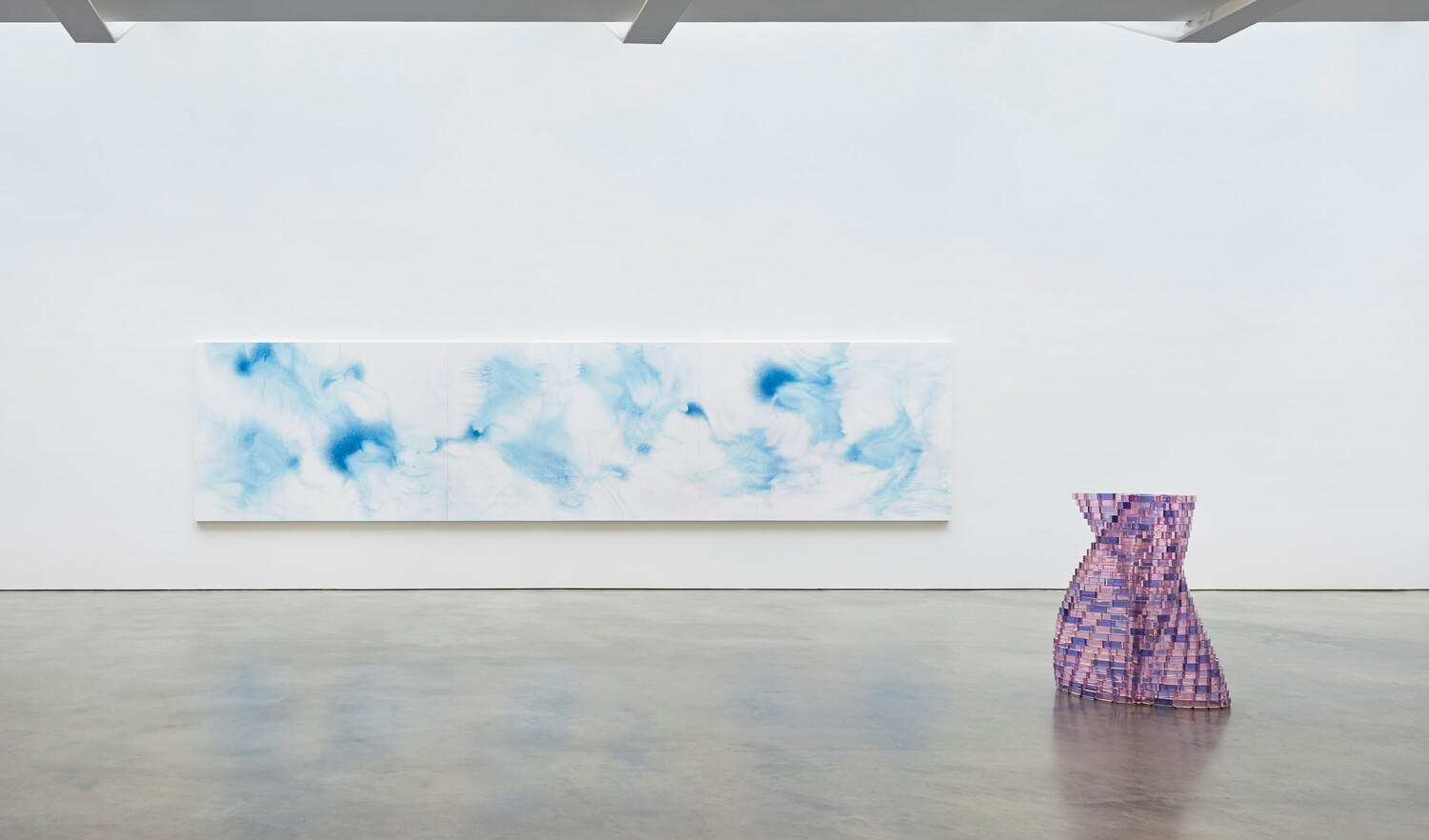 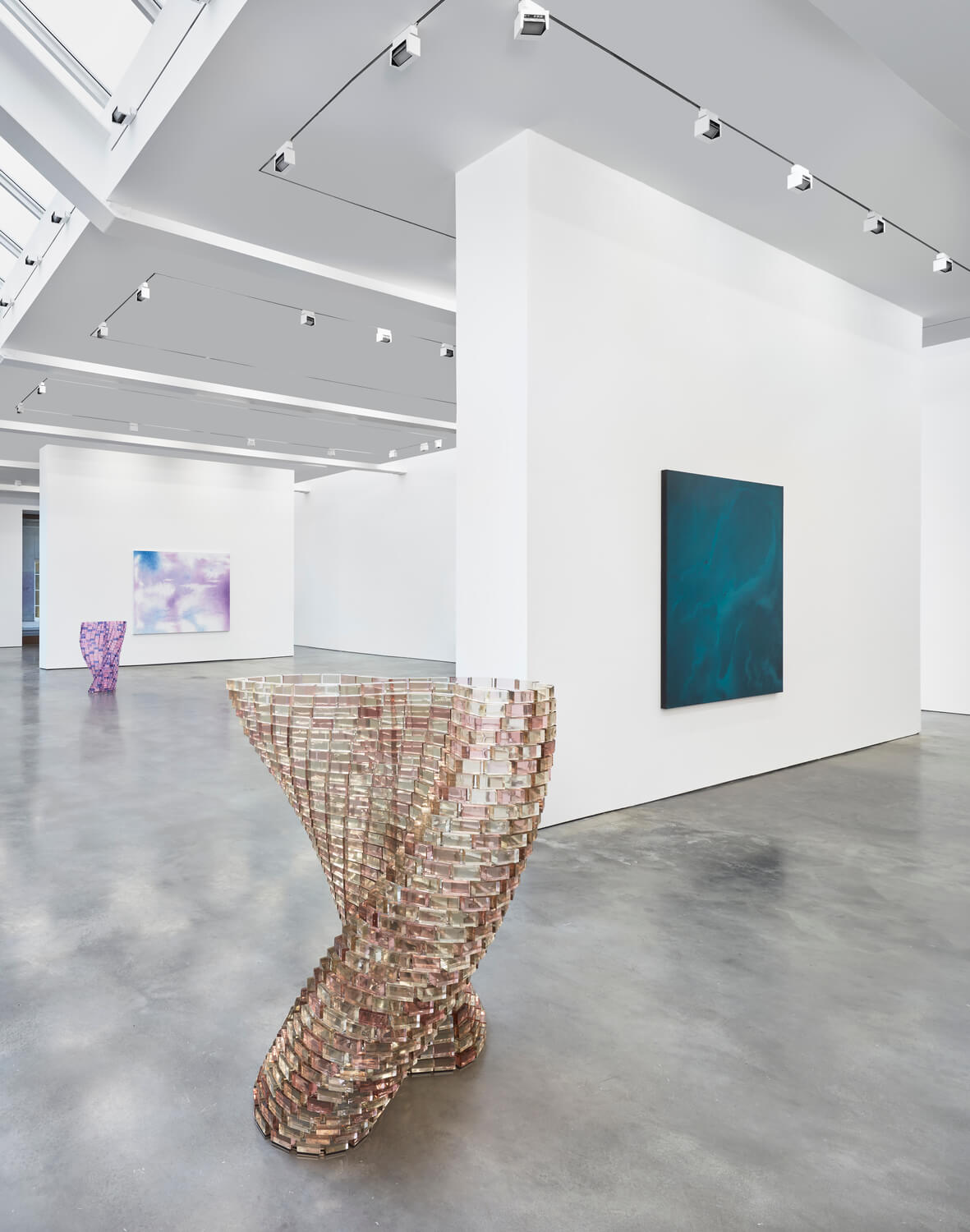 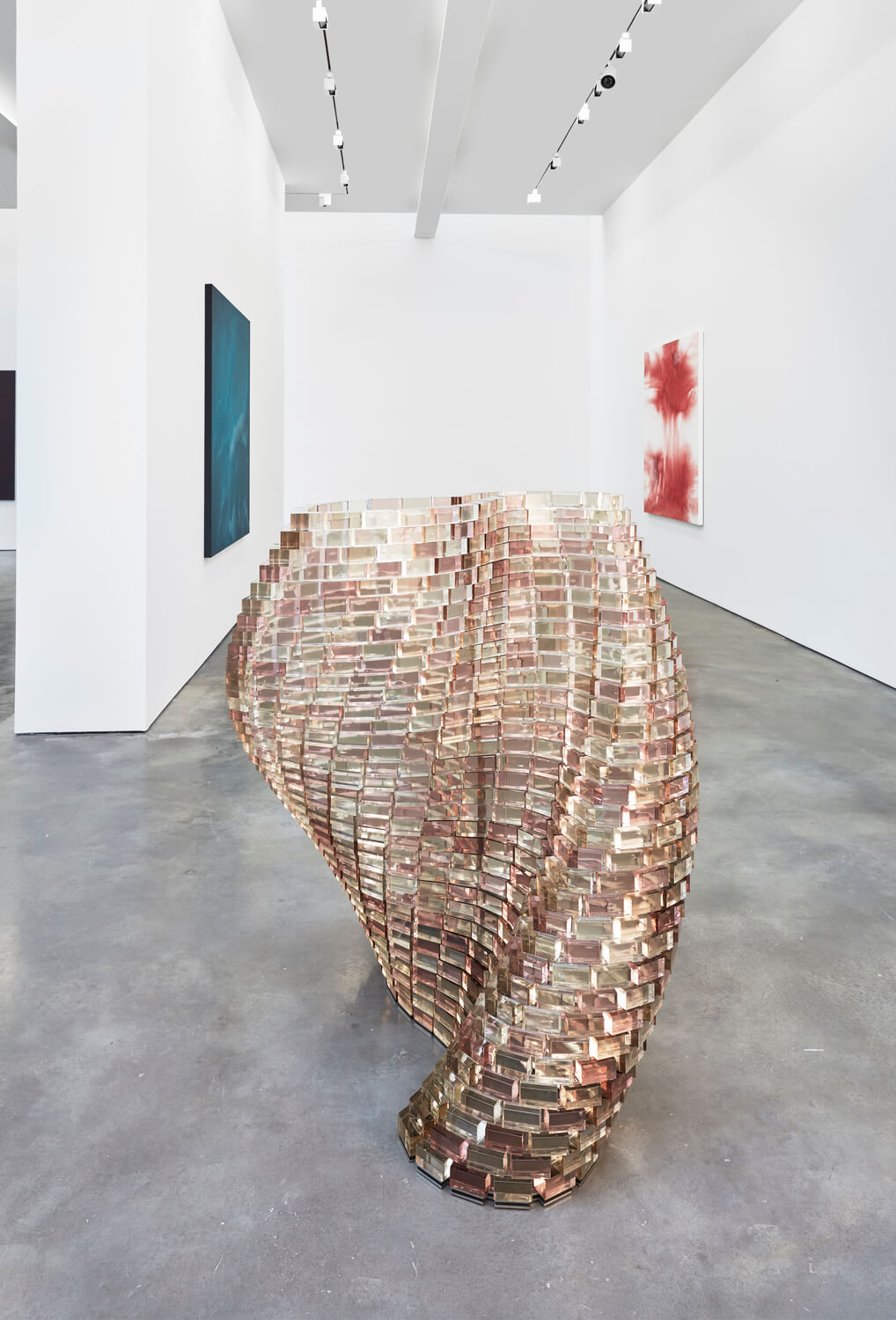 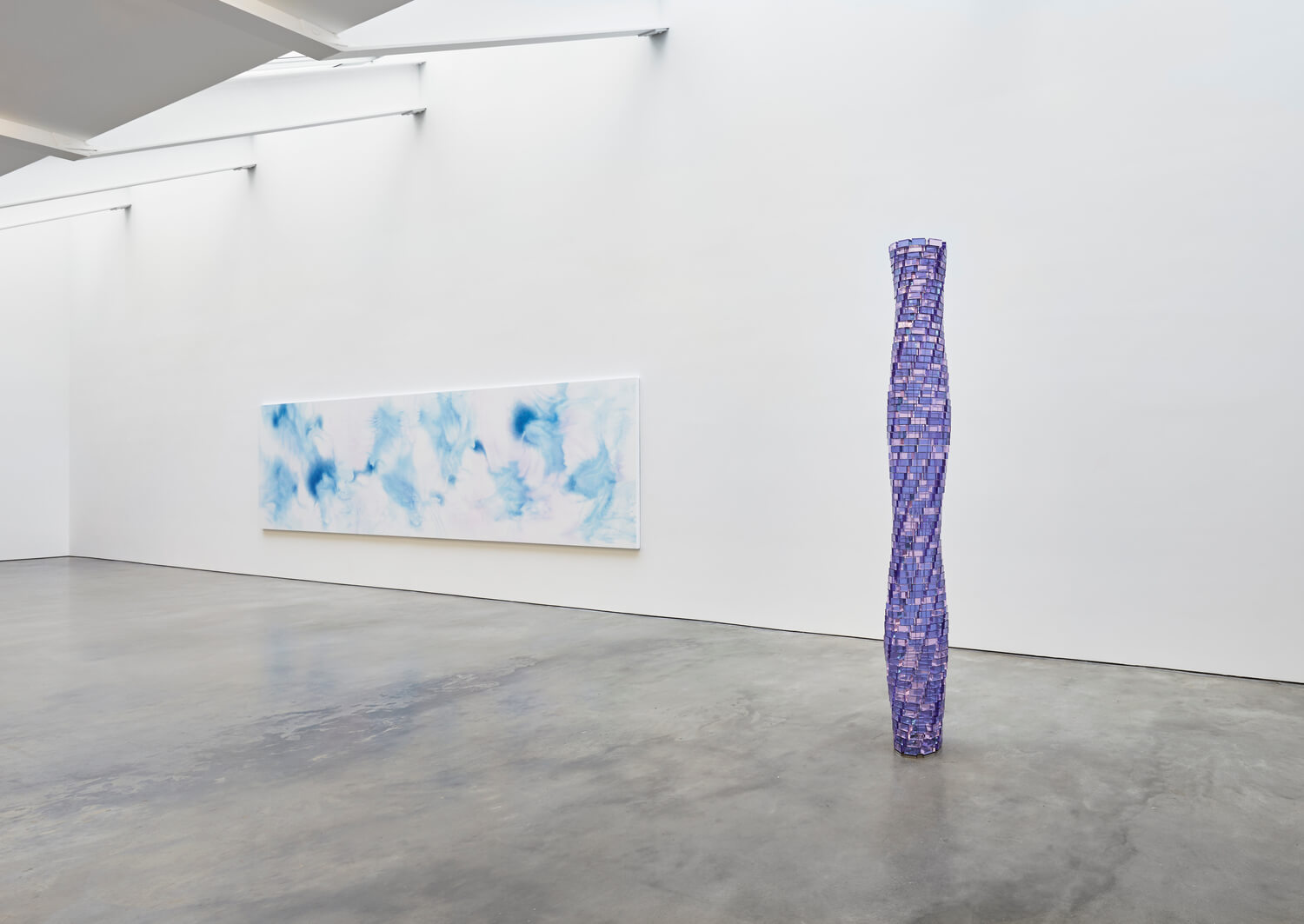 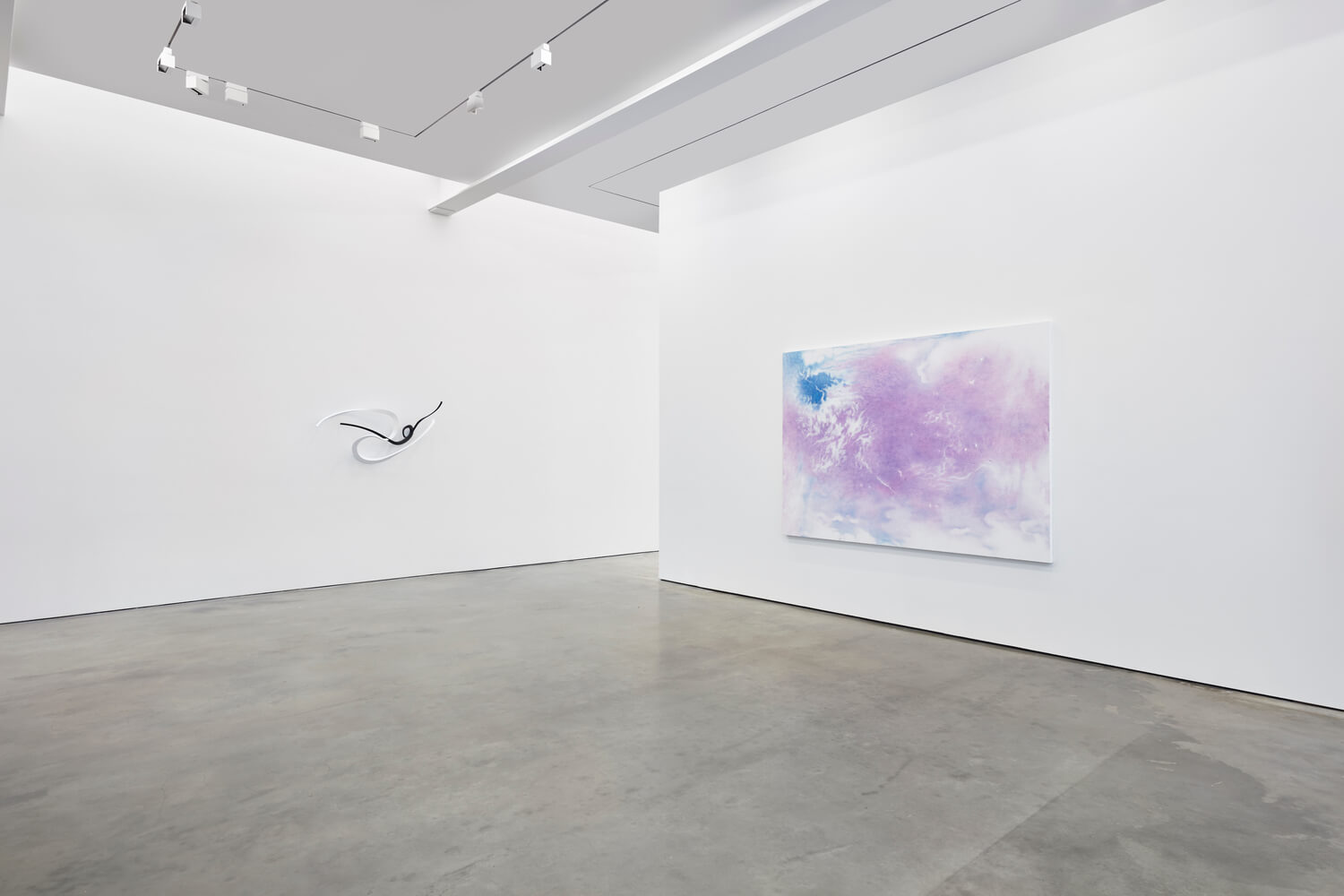 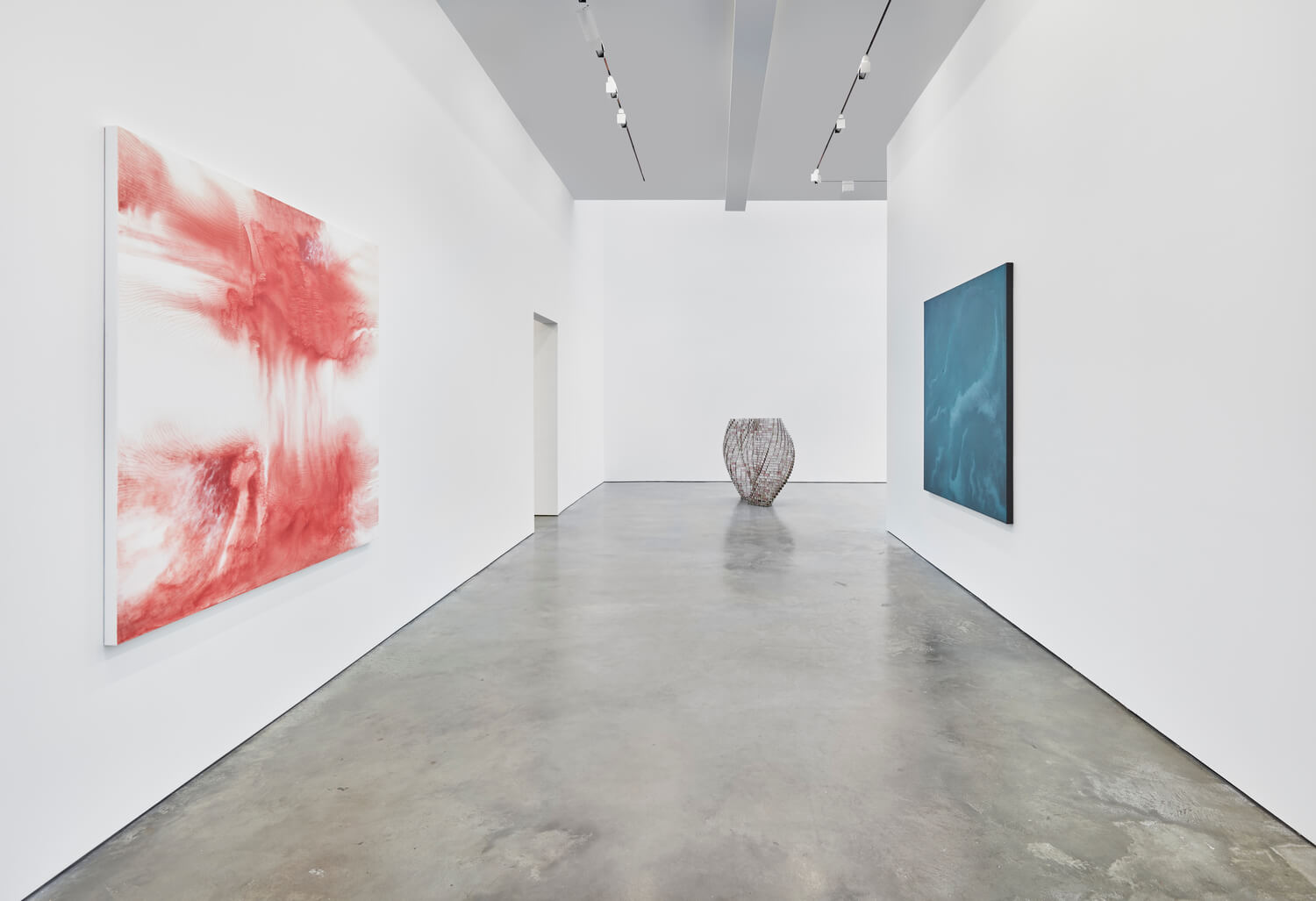