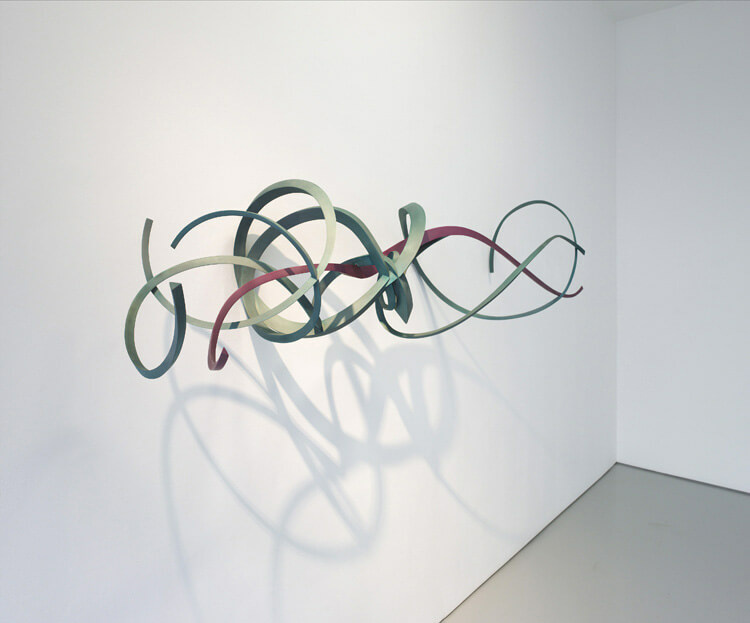 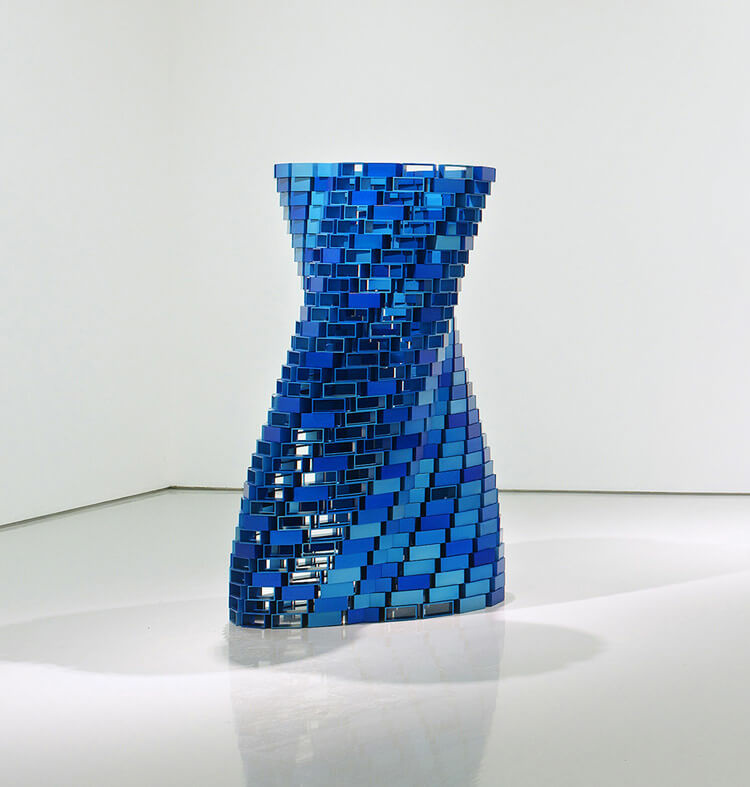 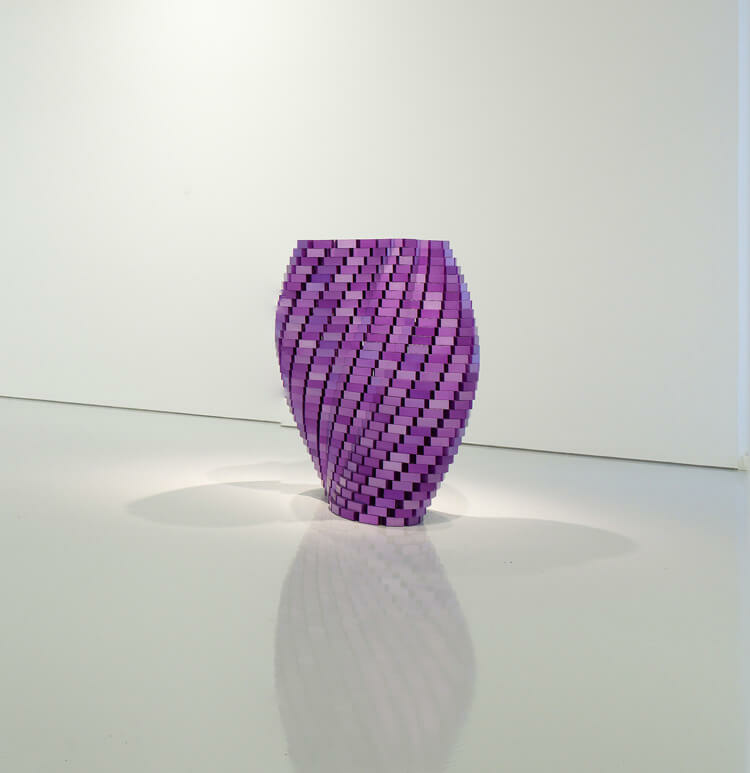 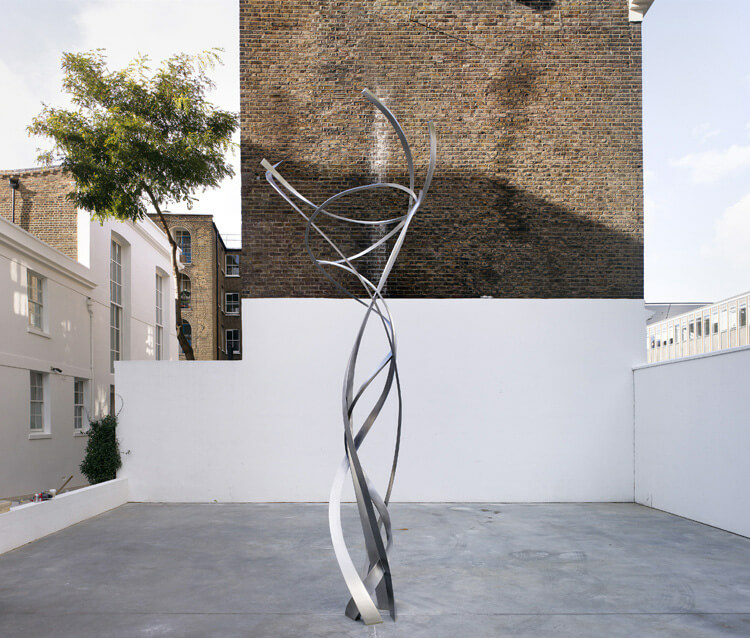 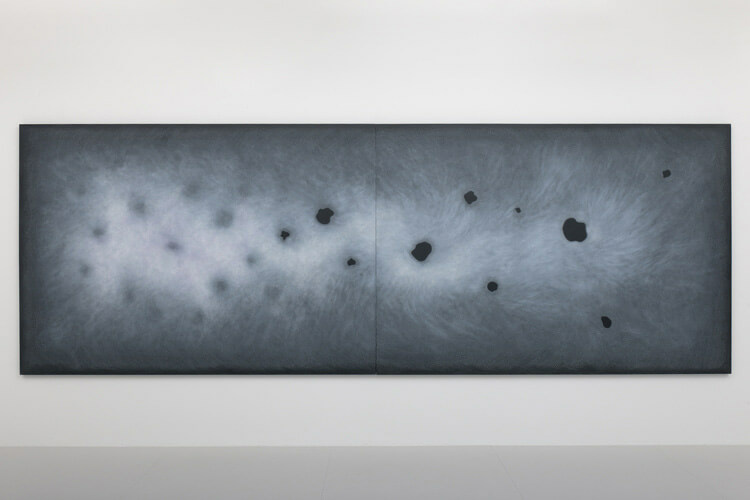 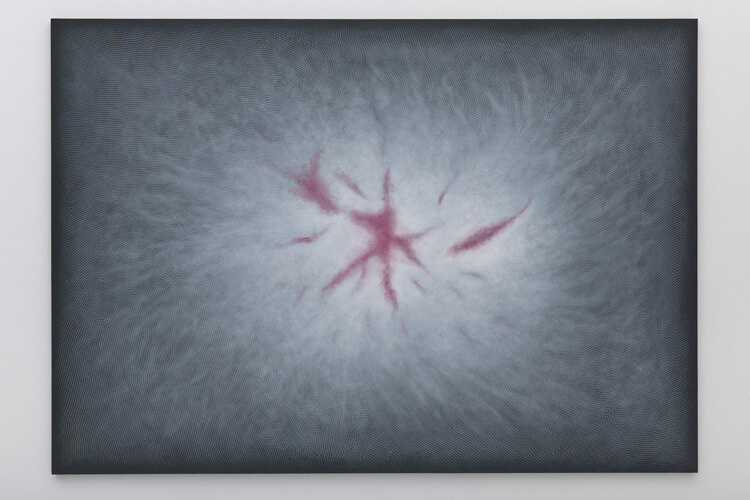 White pencils and pigments on black aquacryl on canvas and aluminium 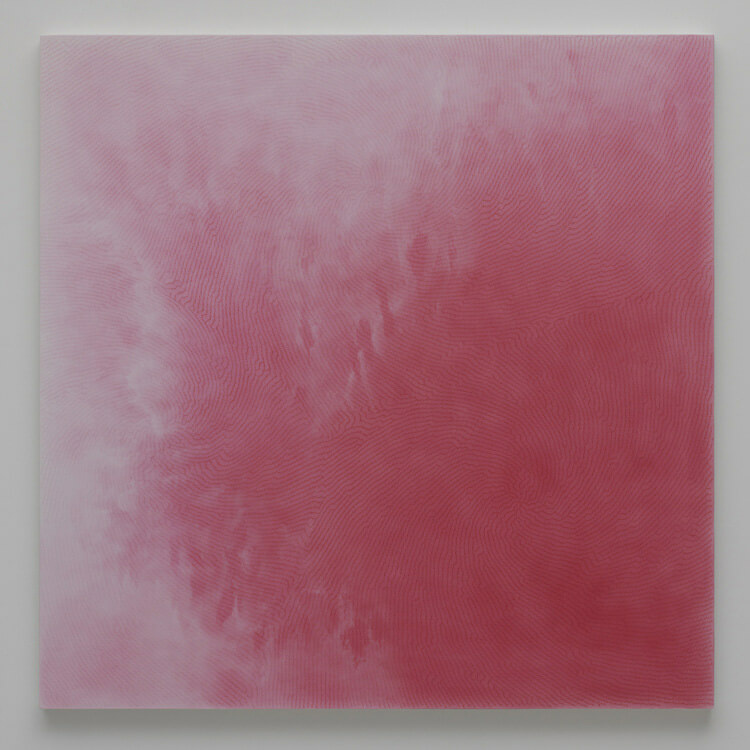 Rose pencil and pigment on white aquacryl on canvas and aluminium 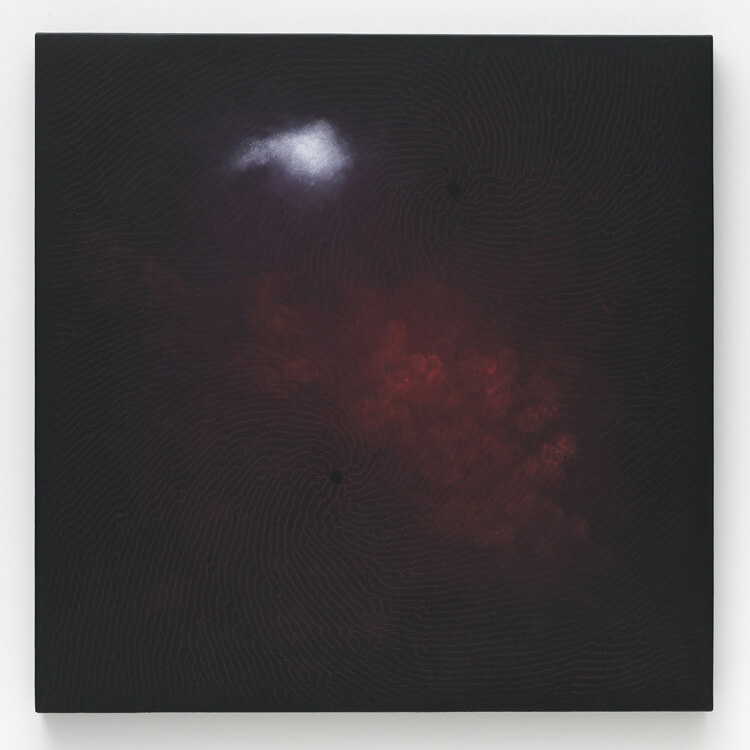 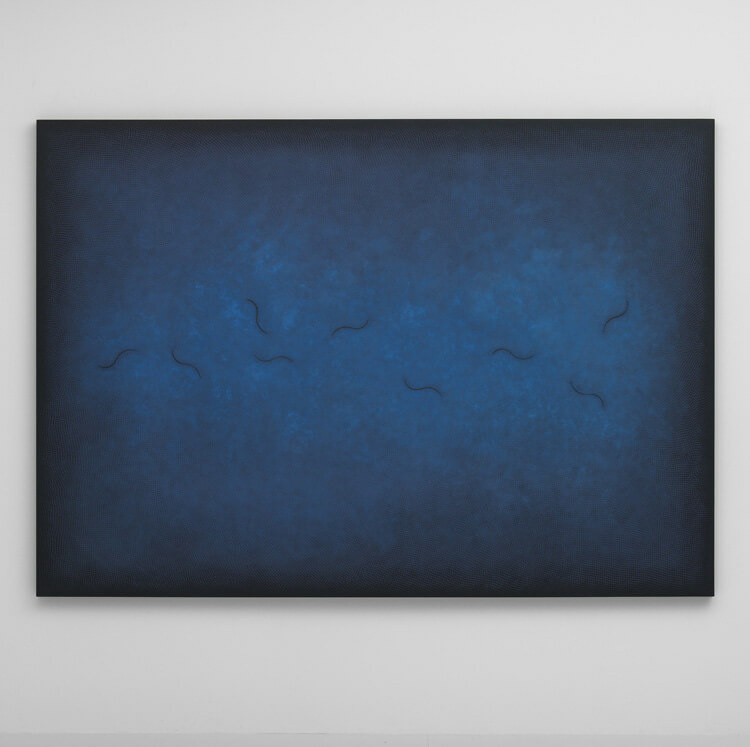 blue and pink pencil with blue pigment , black aquacryl on canvas and aluminum

“Nothing has no centre and its boundaries are nothingness”

Lisson Gallery is delighted to announce the seventh solo exhibition of Shirazeh Houshiary to be held at the Gallery since 1984. The show debuts recent large-scale canvases, sculpture and animation, all of which deal with revealing invisible forms that are somehow otherwise unnoticed in the observable realm.

For this exhibition the artist has created five new large-scale paintings, including her first diptych, entitled Between. Executed on either black or white monochromatic canvases the delicate markings of her pencil are dynamic and elusive; they appear to change over time, especially when subject to different light conditions.  All of the paintings are composed using two words which are crushed upon one another and bound together as if they cannot be divided. They are repeated in alternating sequences of semantics, one an affirmation, the other a denial, one is quick, one is slow; they overlap to create a dense layer within a diaphanous space. These meticulous pencil traces create a second surface layer, contrasting with the solid aquacryl background. This new layer hovers at the very edge of perception, like a floating veil whose tangibility remains uncertain.

The previously unseen video projection Dust is the latest in a series of animated works that Houshiary begun in 2003. Through the accumulation of soot from a flame, an evolving cycle of images materialises in different quadrants of the frame, portraying the transformation from smoke to soot and then dematerialising altogether. Houshiary shows us that what cannot normally be seen matters every bit as much as what we take for granted; she celebrates the ceaseless rhythm and energy within ephemeral things, invisible but ever-present in the perceptible world. This animation places itself between form and formlessness, presence and absence.

Lisson Gallery is also pleased to present a new series of sculptures by Houshiary. These works are constructed of hollow and solid blocks of anodized aluminium forming a configuration of twisting veils which stretch, pierce, tear and curl the space within and smoothly deform their exterior skin.

Houshiary’s new outdoor sculpture String Quintet consists of five ascending stainless steel spiralling ribbons that unravel from the ground. Each ribbon rises at a different wavelength, intertwining and weaving gently upwards. The changing daylight will simultaneously animate and dissolve its rise and fall.

Shirazeh Houshiary was born in Shiraz, Iran and has lived and worked in London since the mid-1970’s. She studied at Chelsea School of Art and has been awarded Professorship at the London Institute. She was nominated for the Turner Prize in 1994. Her work can be found in major public collections worldwide including MoMA, New York, Guggenheim, New York, The British Council Collection, London and the Museum of Contemporary Art in Prato, Italy. Houshiary has created the East Window for St.Martin-in-the-Fields and she has worked on a new altar for the church, which will be inaugurated in late October this year.