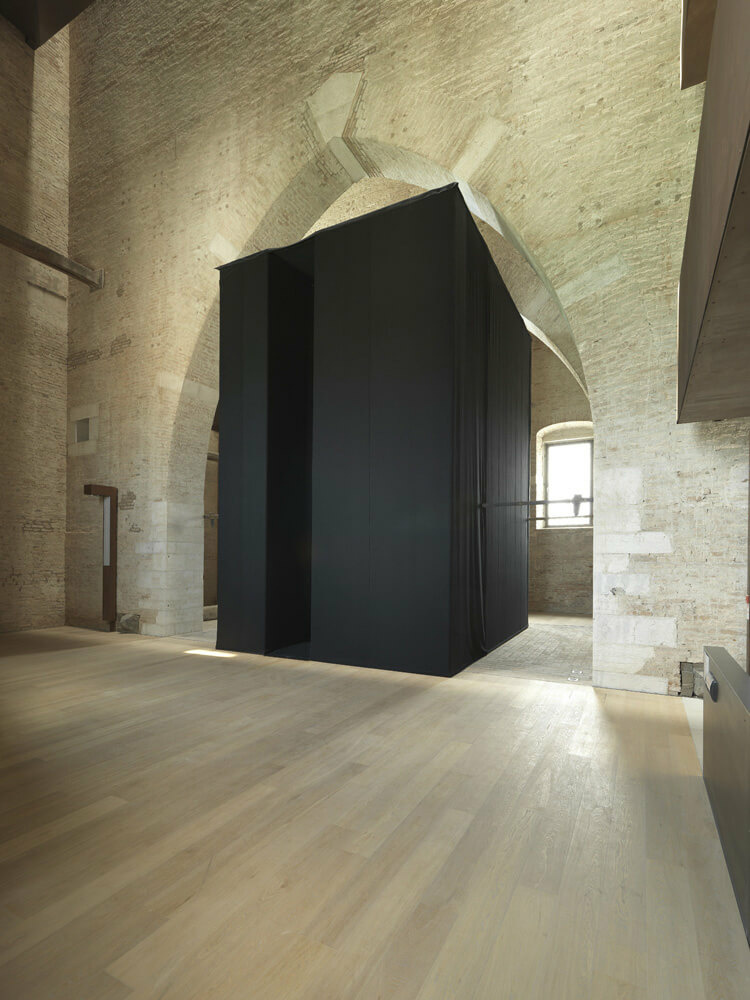 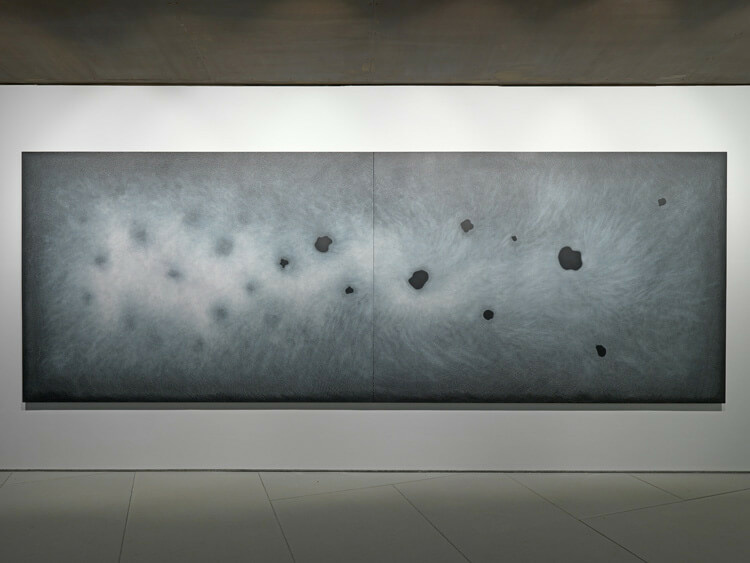 Between, 2010-2011,
White pencil, red and white pigment with white aquacryl on black aquacryl ground on canvas and aluminium panel 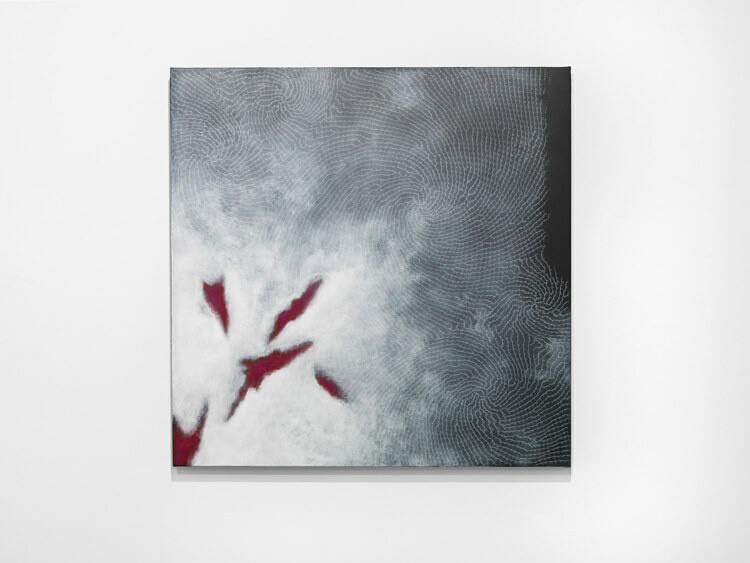 Rupture, 2013,
Pencil, pigment, pastel, and aquacryl on canvas and aluminium 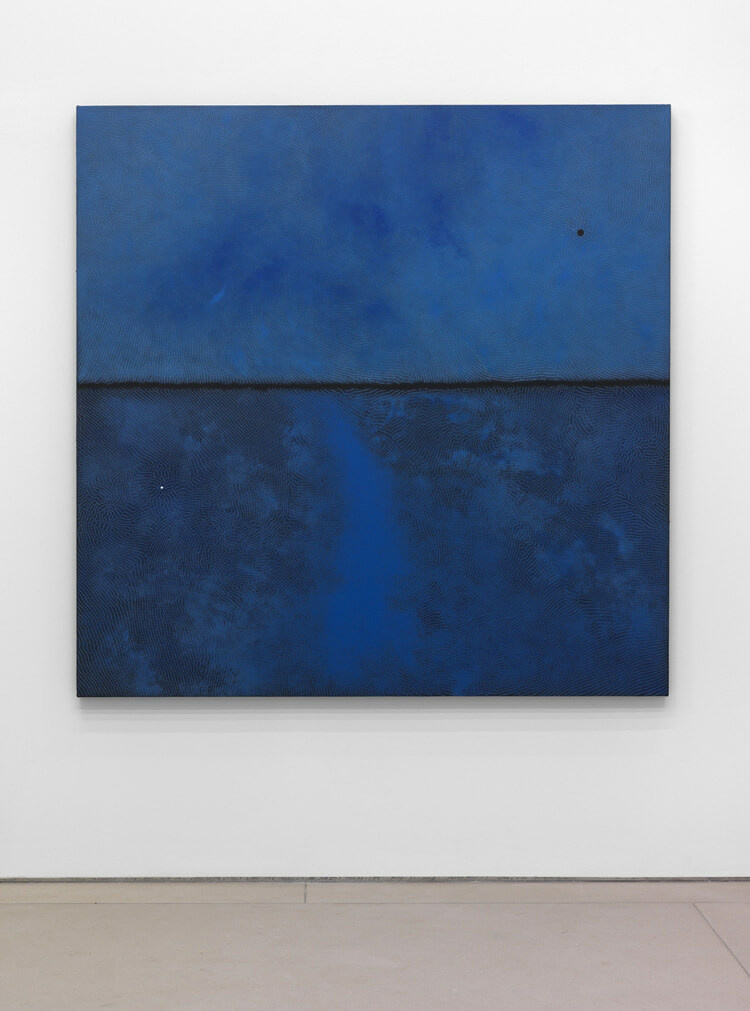 Pneuma, 2013,
Pencil, pigment, pastel, and aquacryl on canvas and aluminium 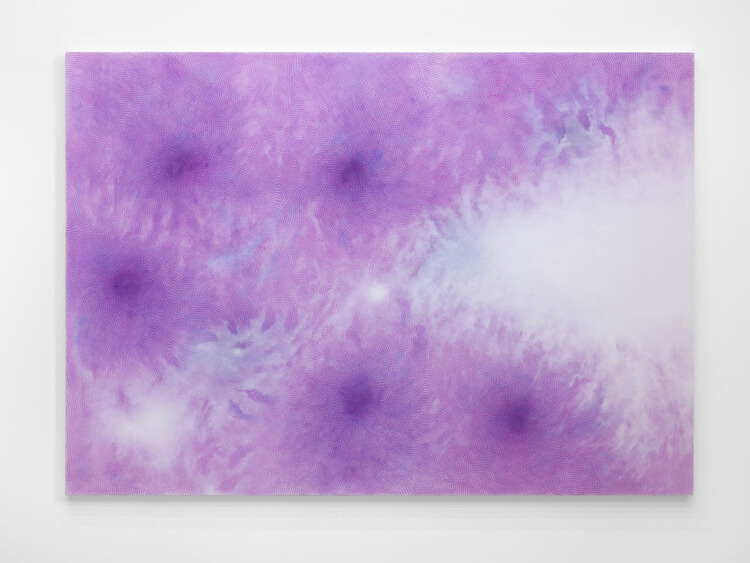 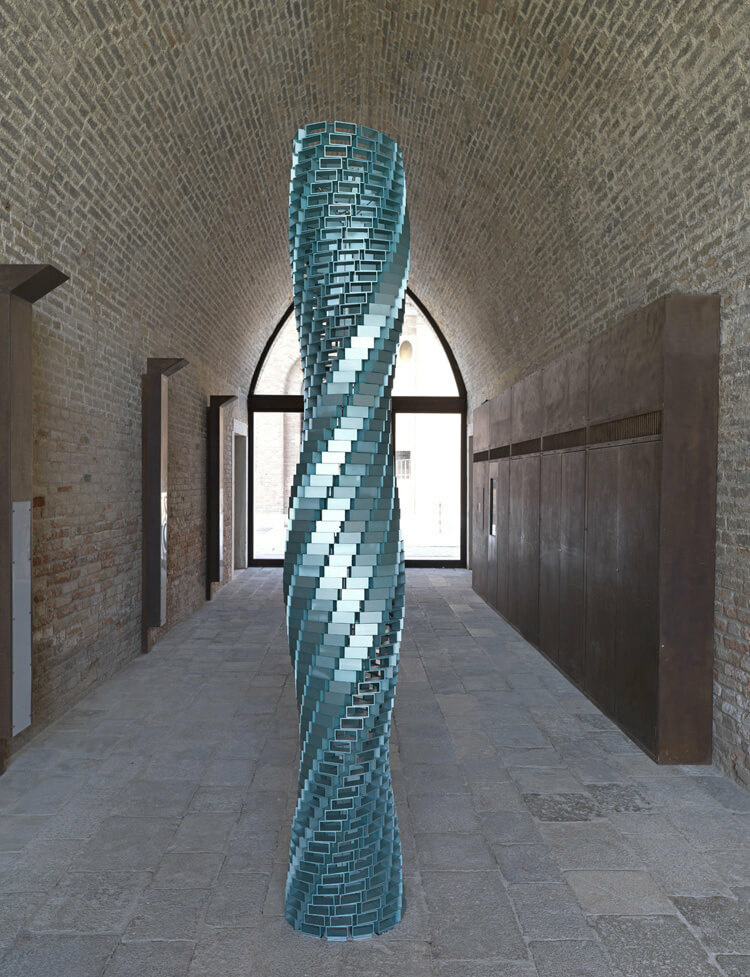 “I set out to capture my own breath, to find the essence of my own experience, transcending name, nationality, cultures.”

For her presentation as a Collateral Event of the 55. International Art Exhibition of la Biennale di Venezia, Shirazeh Houshiary will present Breath: a four channel video that was first conceived in 2003, in a remastered version and as part of a unique, site-specific installation.

In Breath (2013), the evocative chants of Buddhist, Christian, Jewish and Islamic prayers emanate from four video screens. The sound is choreographed with images that capture the expanding and contracting breath of the vocalists. The installation takes the form of a rectangular enclosure clad in black felt, which is entered through a narrow passage that leads to a dimly lit white interior. There are four screens hung at eye level from which the chants of the different traditions rise and fall, swell and dissipate in a haunting chorus that fills the room and permeates beyond each of its walls. Where inside there is unity, outside is multiplicity.

The location for Houshiary’s dramatic rendering of Breath is Torre di Porta Nuova, a tower built during the restoration of the Arsenale that took place between 1809 and 1814. Erected adjacent to what was a newly opened gateway on the Arsenale’s Eastern wall, and close to 35 metres in height, the imposing tower was built to enable the mechanical placement of masts on large ships.

Inspired by the history, location and scale of the Torre, Houshiary envisioned a structure – an enclosure swathed in heavy cloth, its presence constituted by an act of veiling – in which to house the animation. The structure will appear as a haunting presence within the Tower’s vaulted interior, acting to both capture and coalesce the disparate invocations of the vocalists, and also to isolate and extract them: projecting the sounds into the wider space. Houshiary has reconceived the work so that it inhabits and transforms the Tower, and at the same time, asks that the work be shaped by the specificity of the space: a Tower that is the gateway to the Arsenale, a boundary and a threshold.