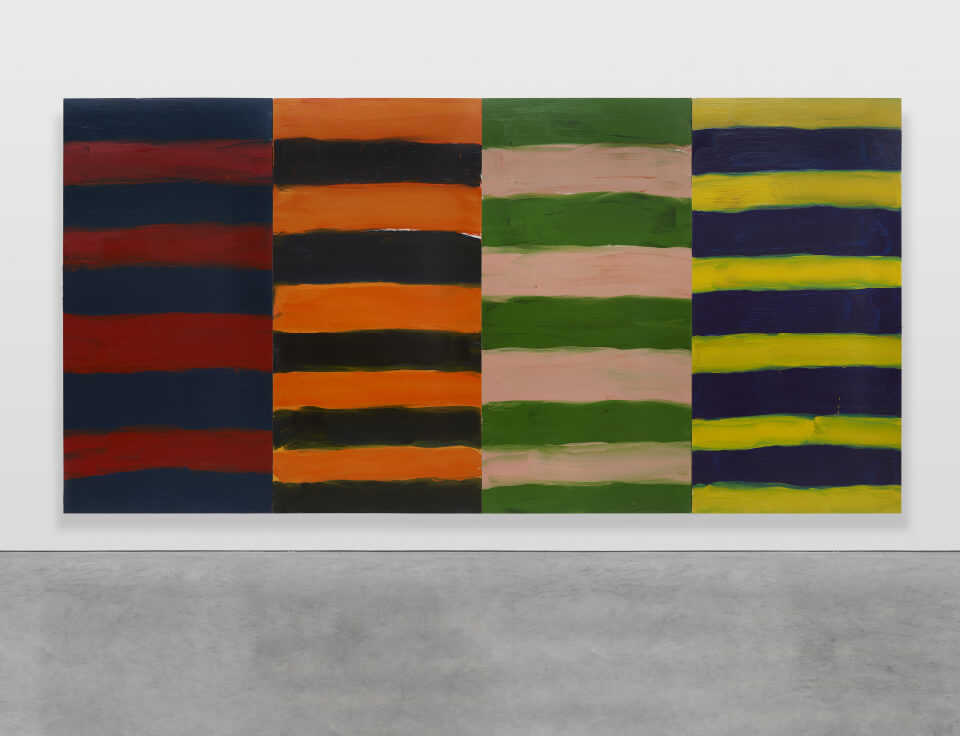 Lisson Gallery is pleased to present its first exhibition with Sean Scully, having recently announced representation of the Irish-born, American artist in North America. The exhibition will span both New York gallery spaces, featuring new paintings, large-scale sculpture and works on paper at 24th Street and a focus on the artist’s longstanding, but lesser known relationship to figuration at Tenth Avenue.

Sean Scully is one of the most important painters of his generation, whose work is held in significant museum collections around the world. While known primarily for his large-scale abstract paintings, compromised of vertical and horizontal bands, tessellating blocks and geometric forms made of gradate and shifting colors, Scully also works in a variety of diverse media, including printmaking, sculpture, watercolor and pastel. Having developed a style over the past five decades that is uniquely his own, Scully has cemented his place in the history of painting. His work synthesizes a thoroughly international collection of influences and personal perspectives ­— ranging from the legacy of American abstraction, with inspiration from the likes of Mark Rothko and Jackson Pollock, and that of European tradition, with nods to Henri Matisse and Piet Mondrian, as well as connections to classical Greek architecture.

At Lisson Gallery’s 24th Street location Scully will debut a new multi-panel painting, Shutter (2019), measuring over 17 feet wide. Painted in his signature striped style, which he developed over many years following a visit to Morocco in the late 1960s, the four-part work with alternating bands of reds, blues, greens, oranges, pinks and yellows exemplifies the artist’s energetic brushstroke. Alongside this monumental painting is a diptych, Vice Versa Green (2019), in which vibrant blocks of abstract color are inset from one panel into another, forming a bold and alluring contrast. These paintings are in dialogue with four blue Landlines, Scully’s now iconic series which feature only horizontal stripes and are inspired by nature’s horizon line, where, as he describes, there is the “elemental coming together of land and sea, sky and land…endlessly beginning and ending.” Landlines have become the formal catalyst for most of Scully’s recent work, and the exhibition also features paintings from the series on a more intimate scale. Shadow Stack, a large-scale sculpture made of corten steel, further adapts the Landline motif, where the stacked industrial elements provide a three-dimensional representation of the paintings’ gestural lines.

As a student in the 1960s, Sean Scully was looking to the German Expressionist painters and French painting of the early 20th century and as such, his earliest works were representational, often portraits rendered in graphite, charcoal or pastel. Describing the relationship of this work to his abstract paintings, Scully notes: “I am one of a small number of artists whose abstraction is based, in some way, on the memory of figuration.” The exhibition at Lisson Gallery’s Tenth Avenue space will include a selection of these rare early works on paper with Scully’s latest paintings, which return to his figurative origins. Madonna paintings, based on photographs taken of his family at the beach, are on view alongside a large-scale diptych, Boy Land (2019), where one panel contains the familiar horizontal lines of the Landline series and the other is an image of his son playing in the sand, deftly drawn but retaining the loose gesture as fluid as the lines of the abstract paintings. In the center of the gallery is a sculpture, Ten Ton Ceiling (2017), in which standard dropped ceiling tiles from the artist’s studio were cast in bronze and aluminum—creating a conceptual “portrait” of the artist. 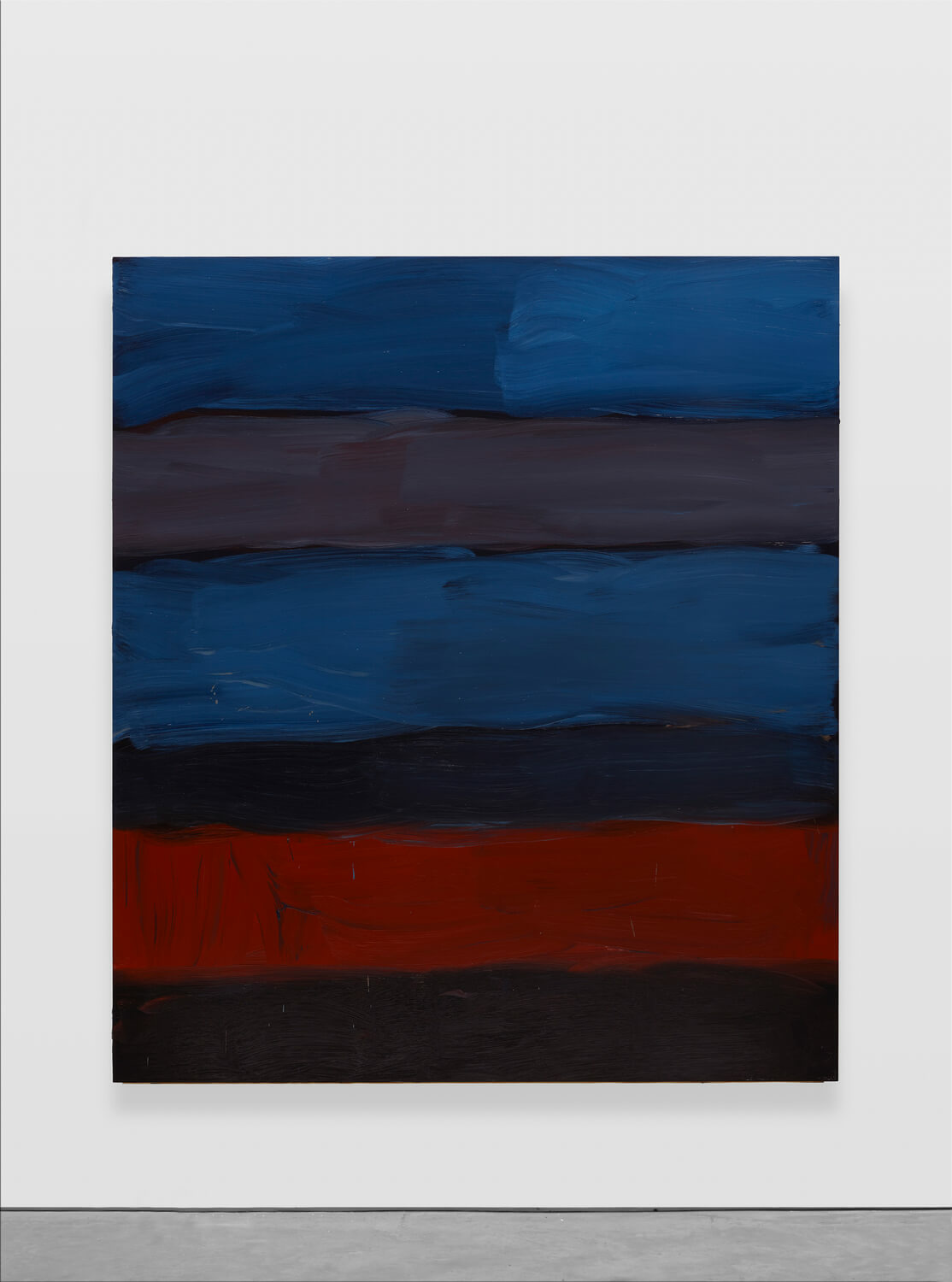 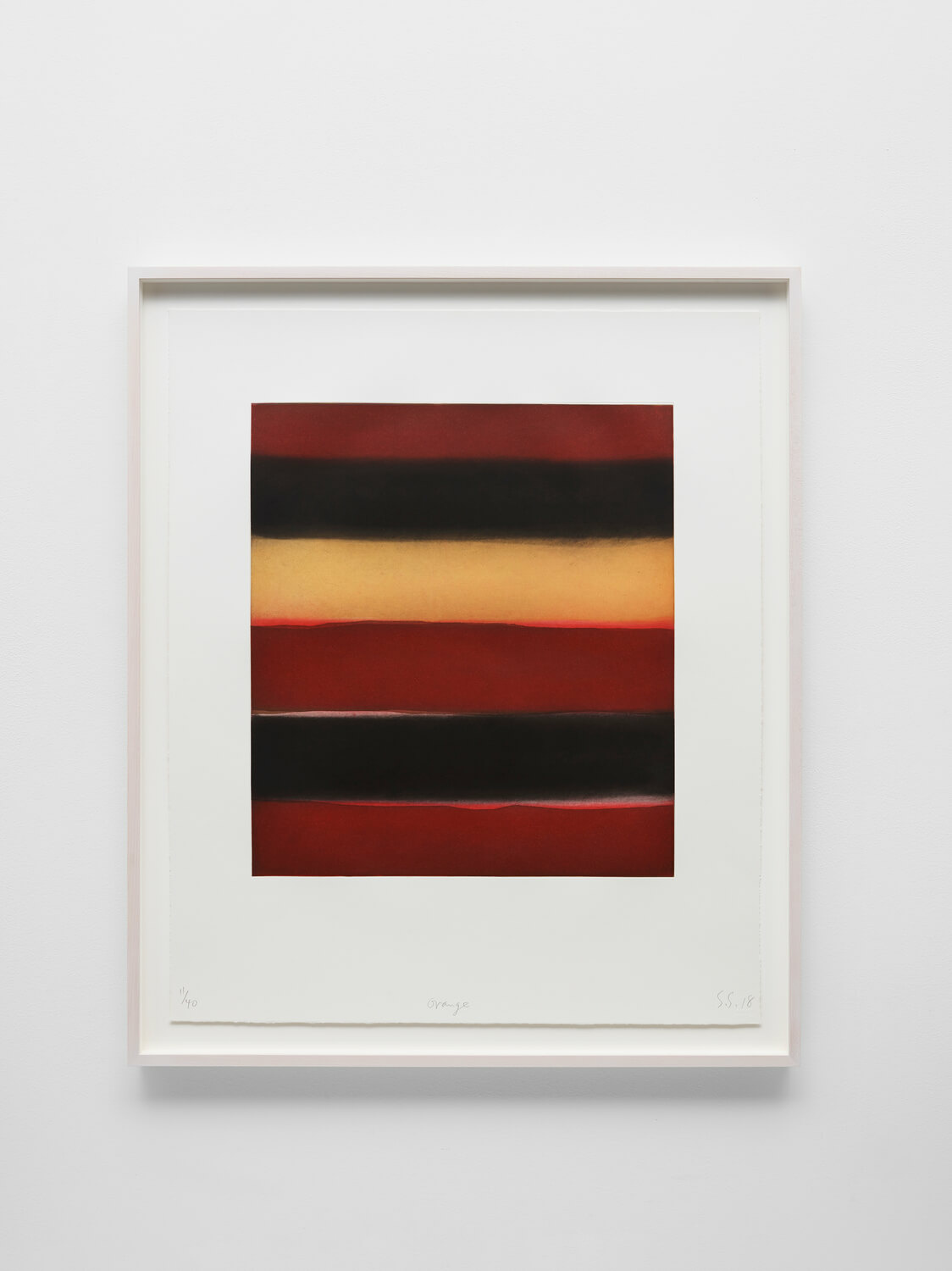 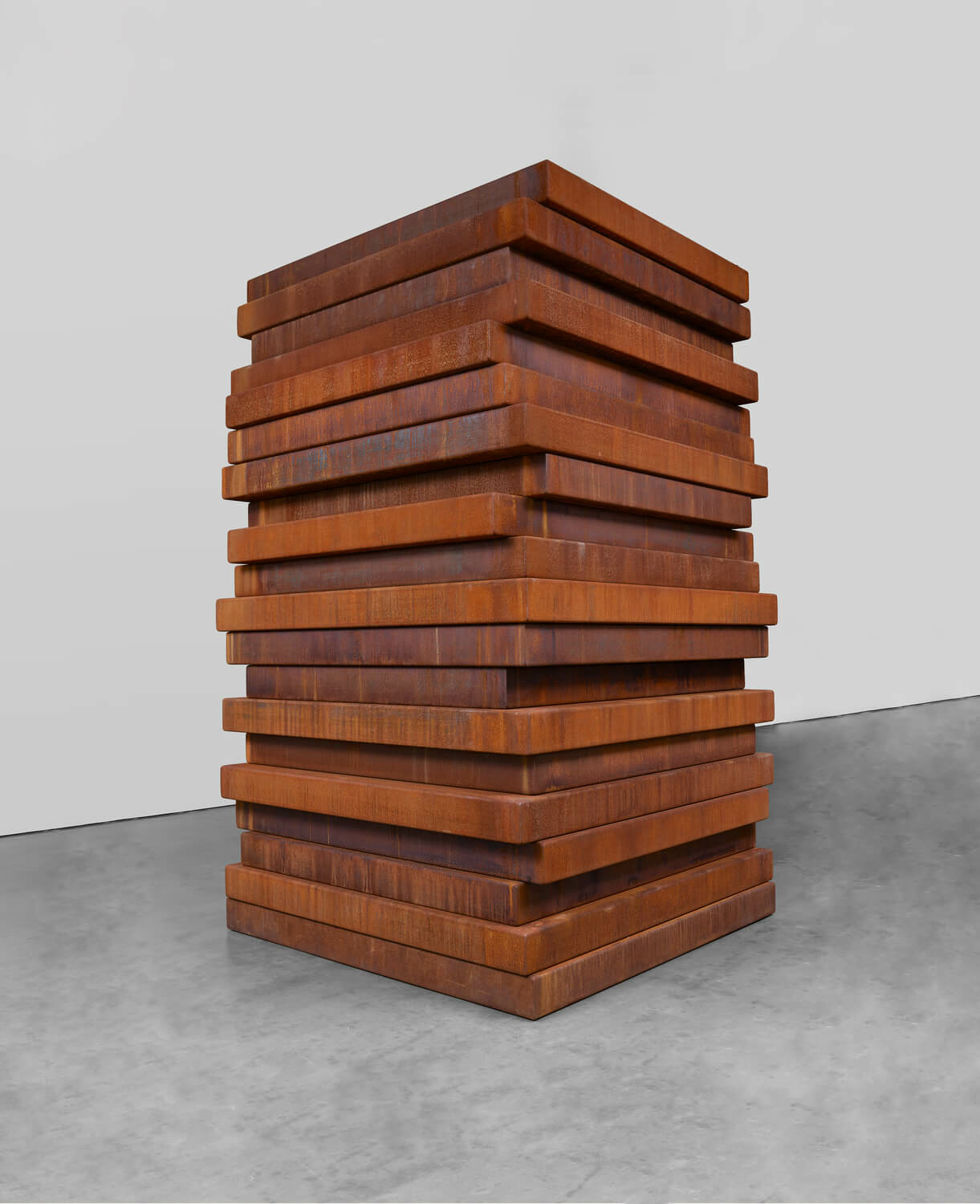 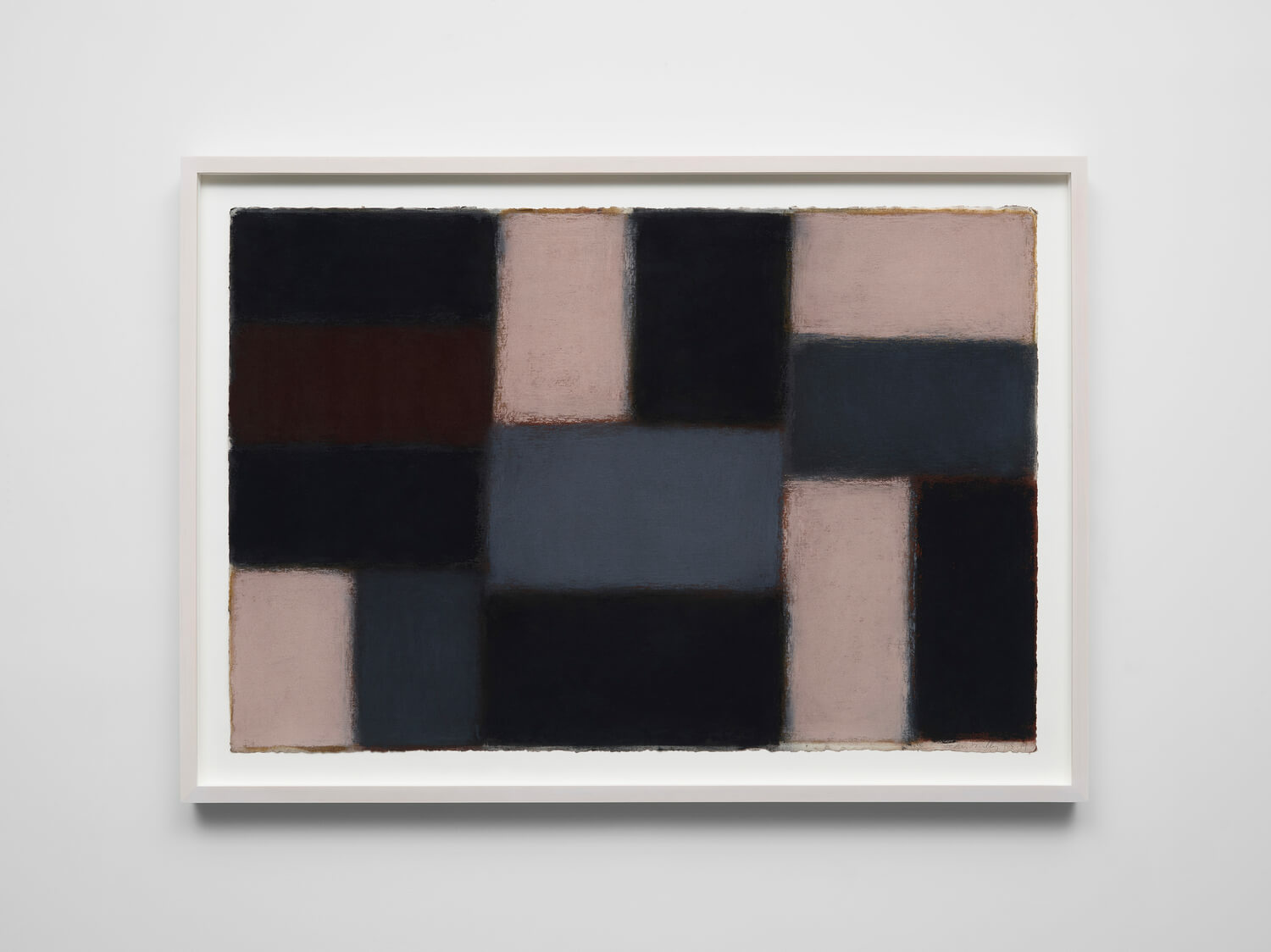 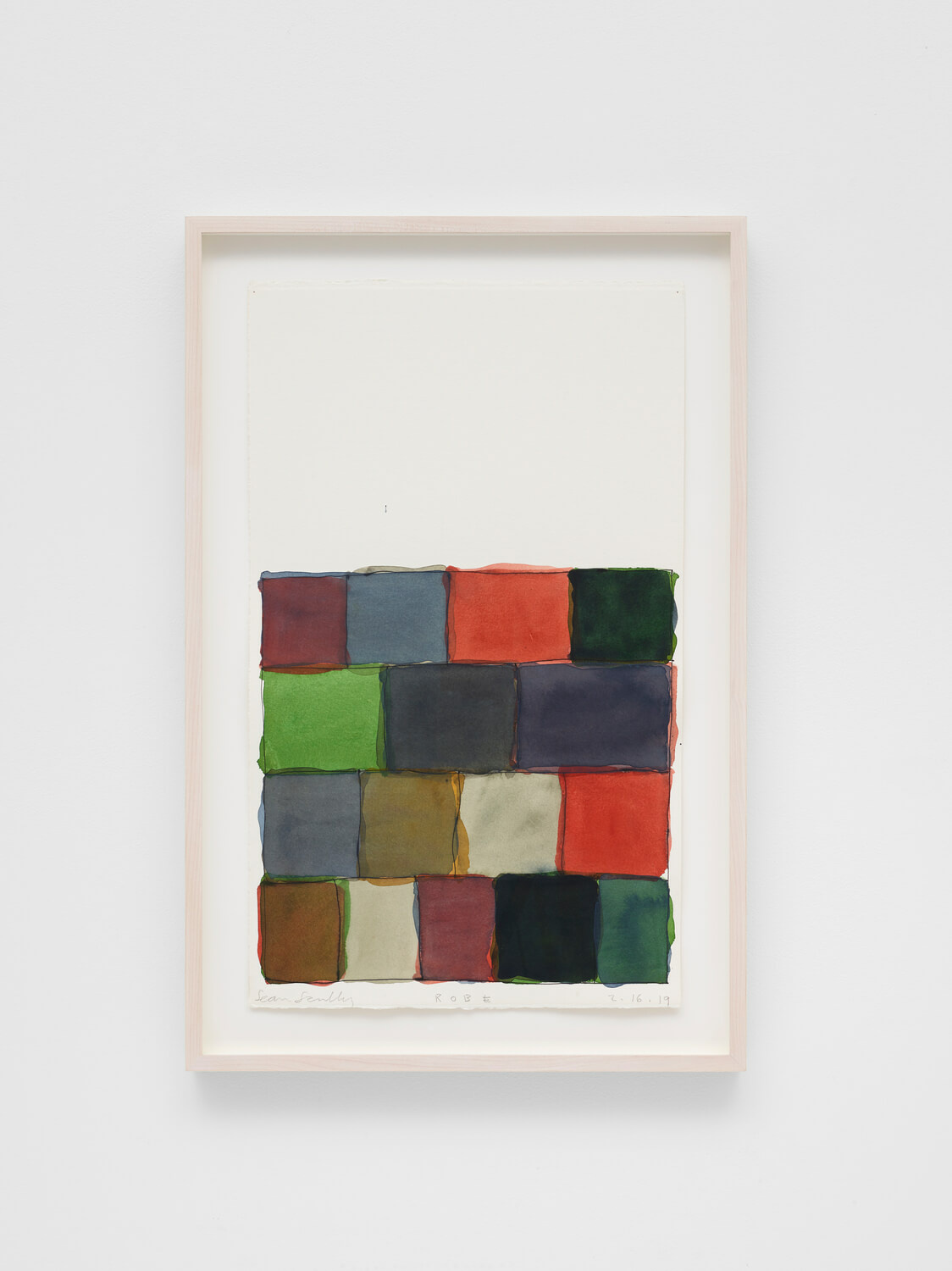 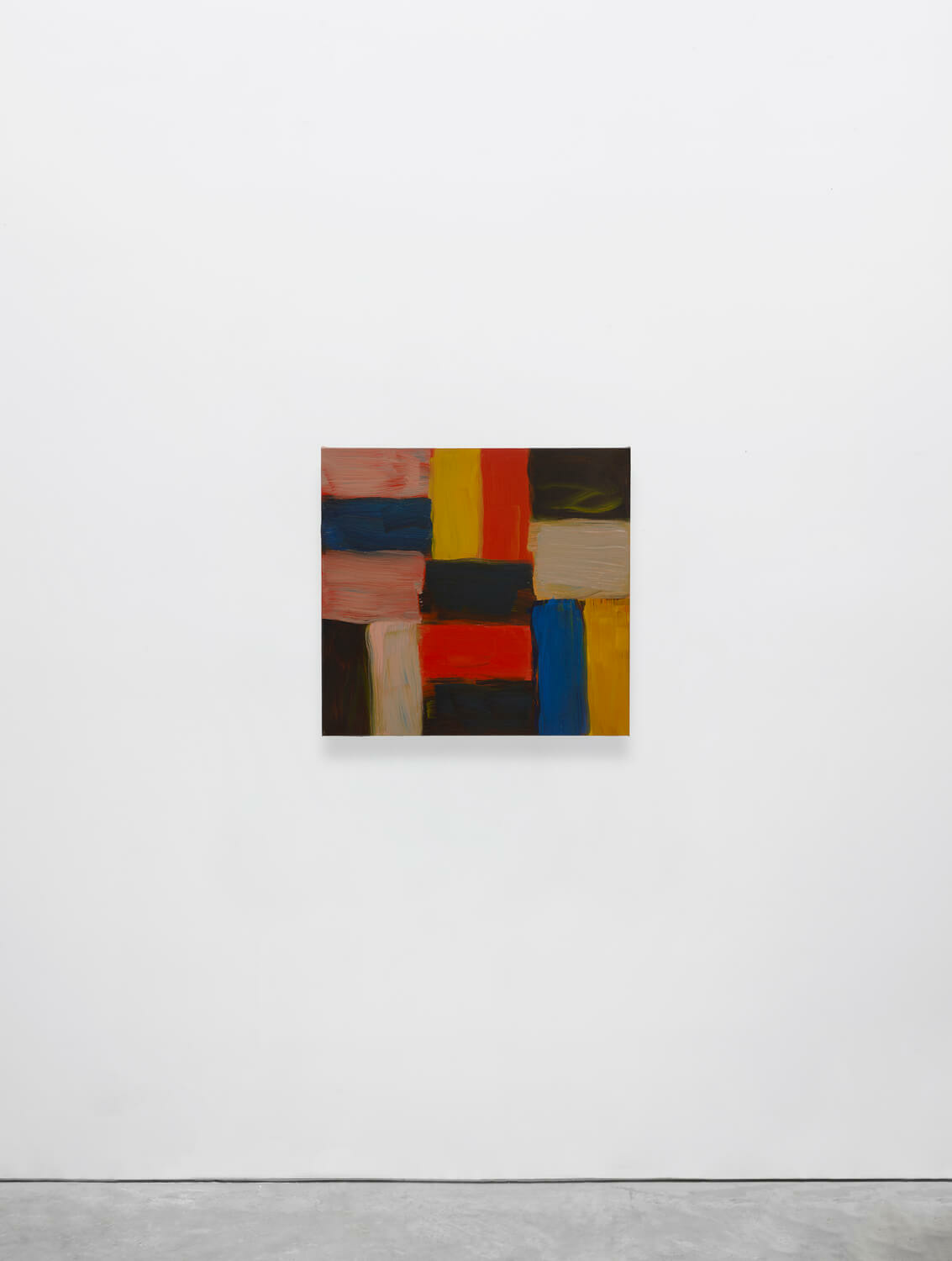 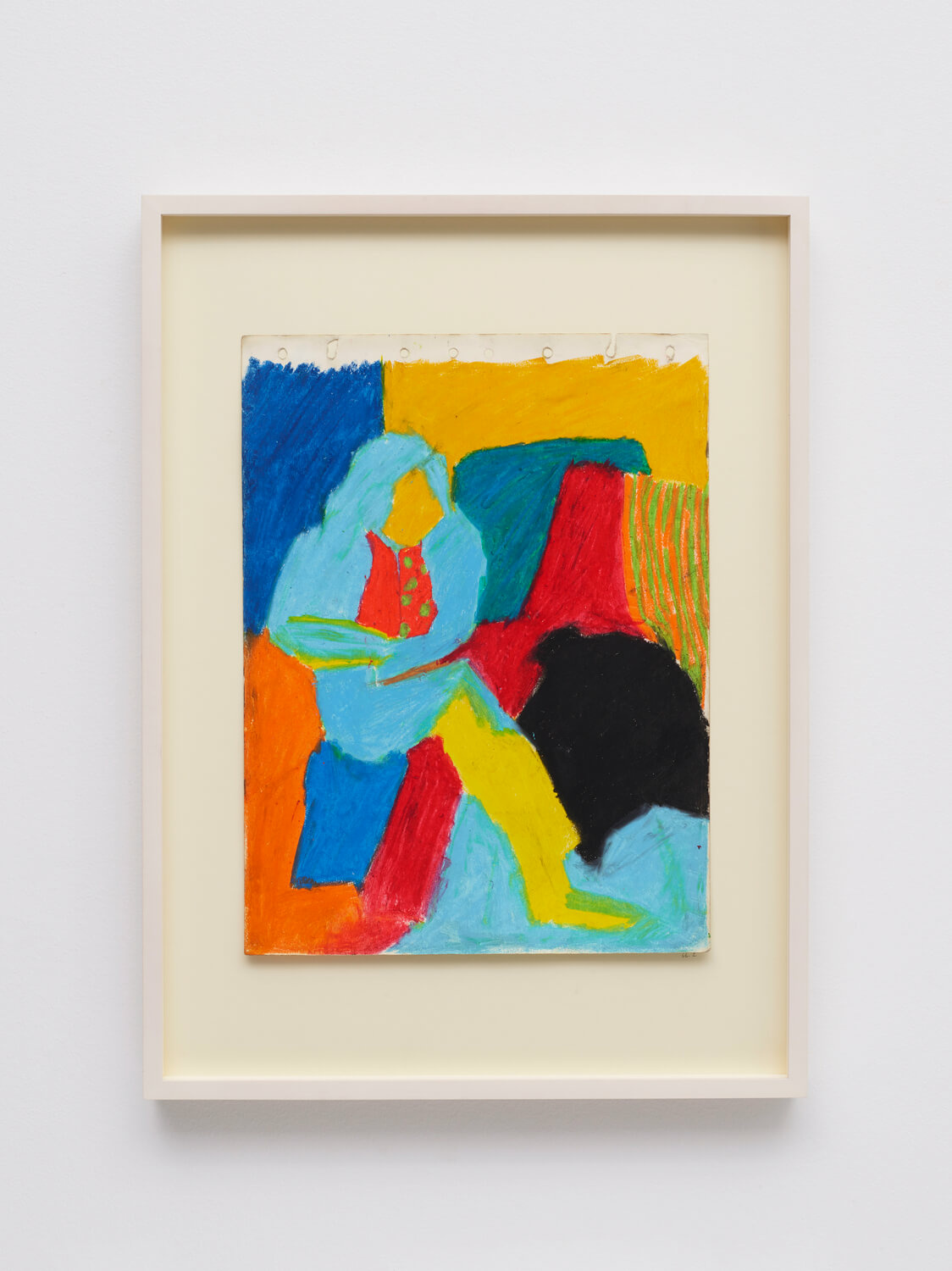 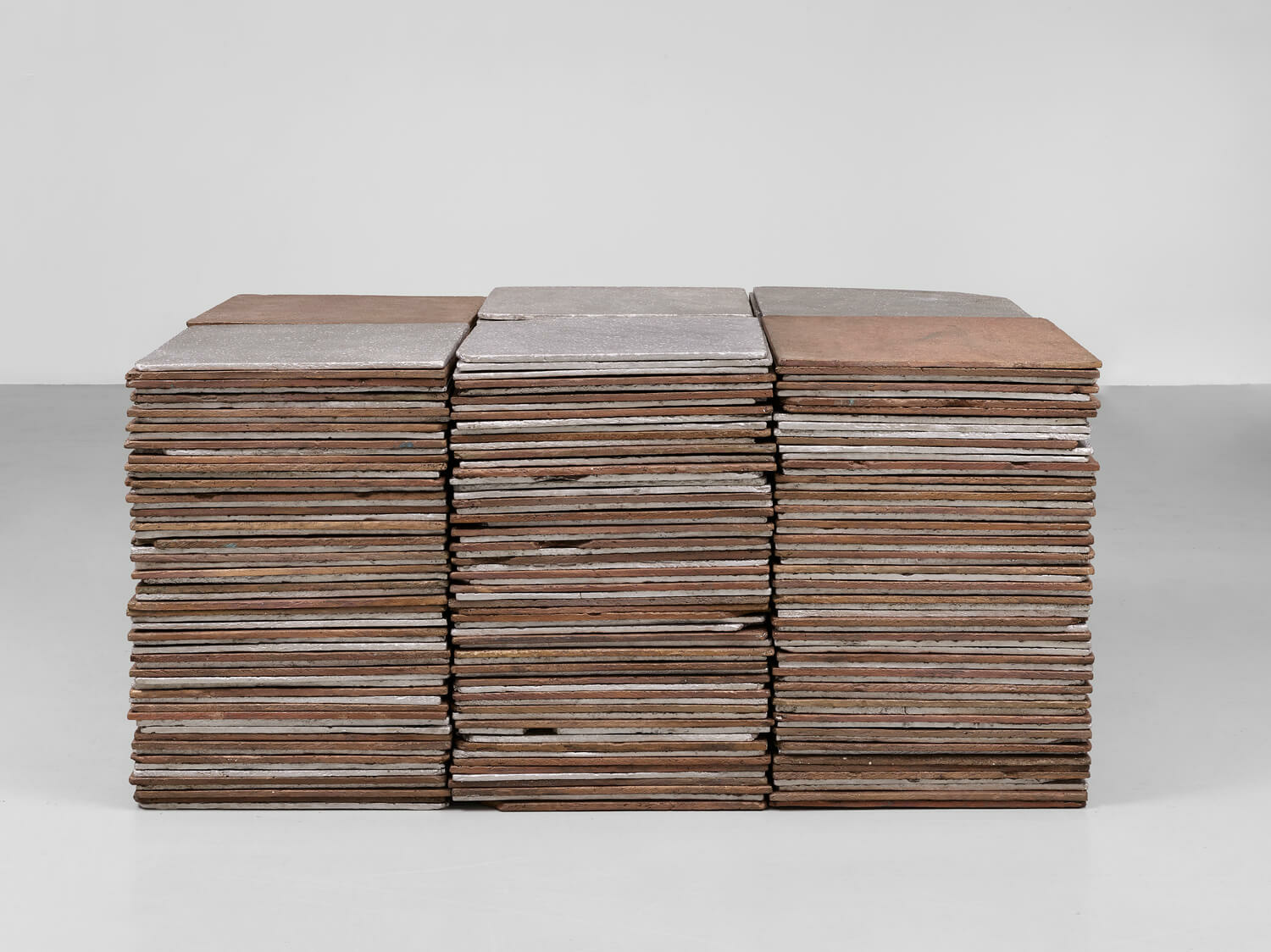 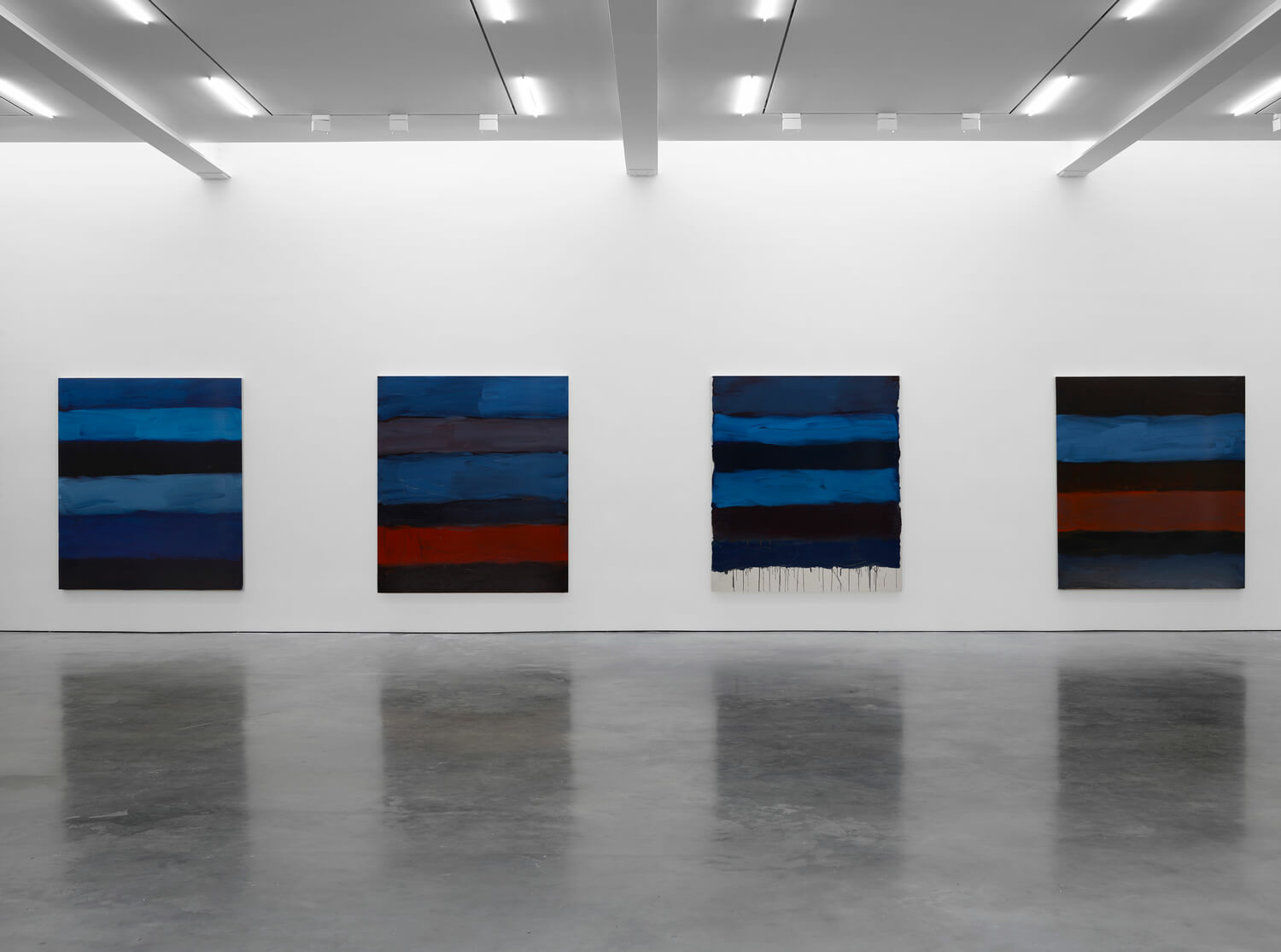 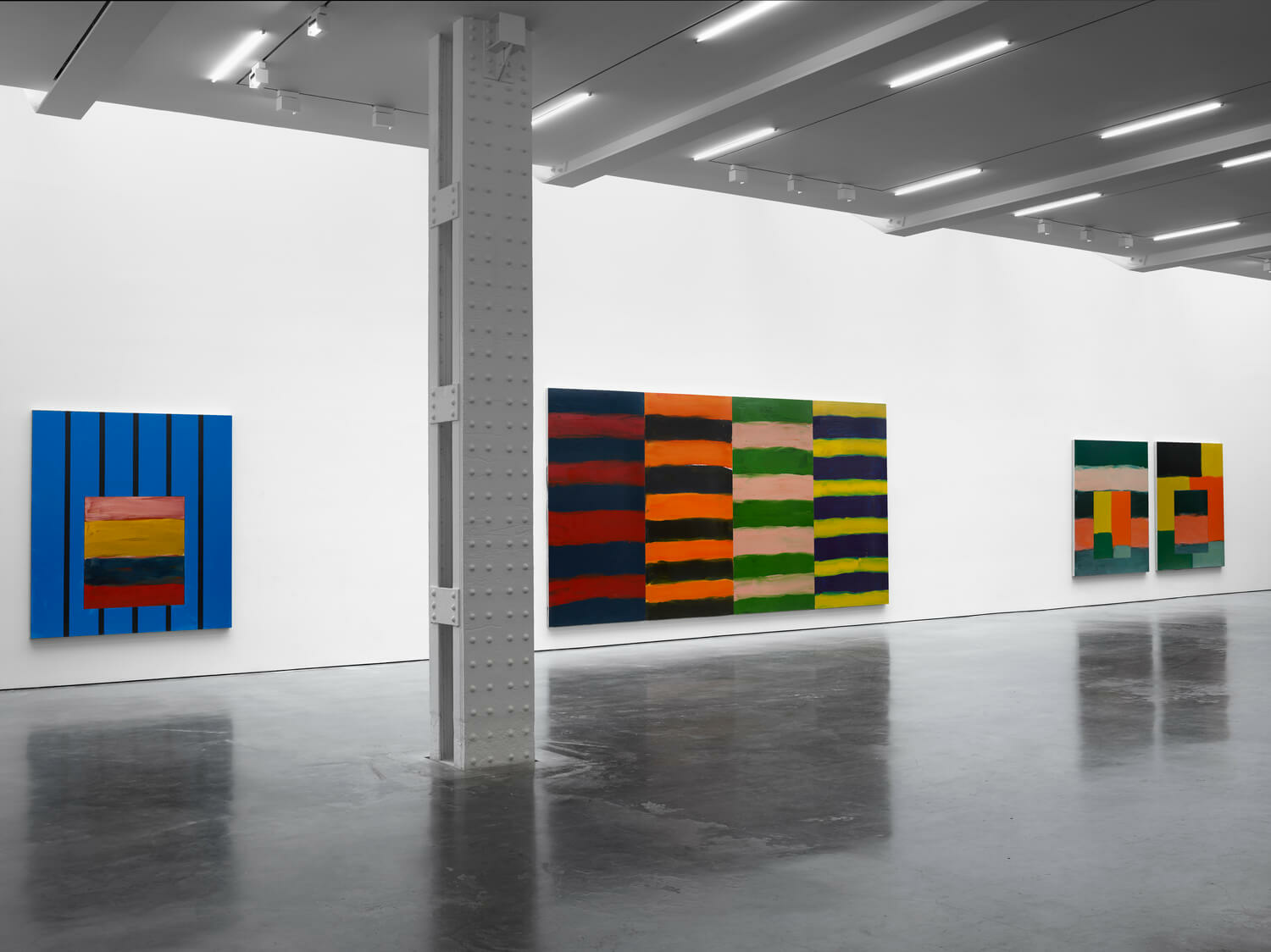 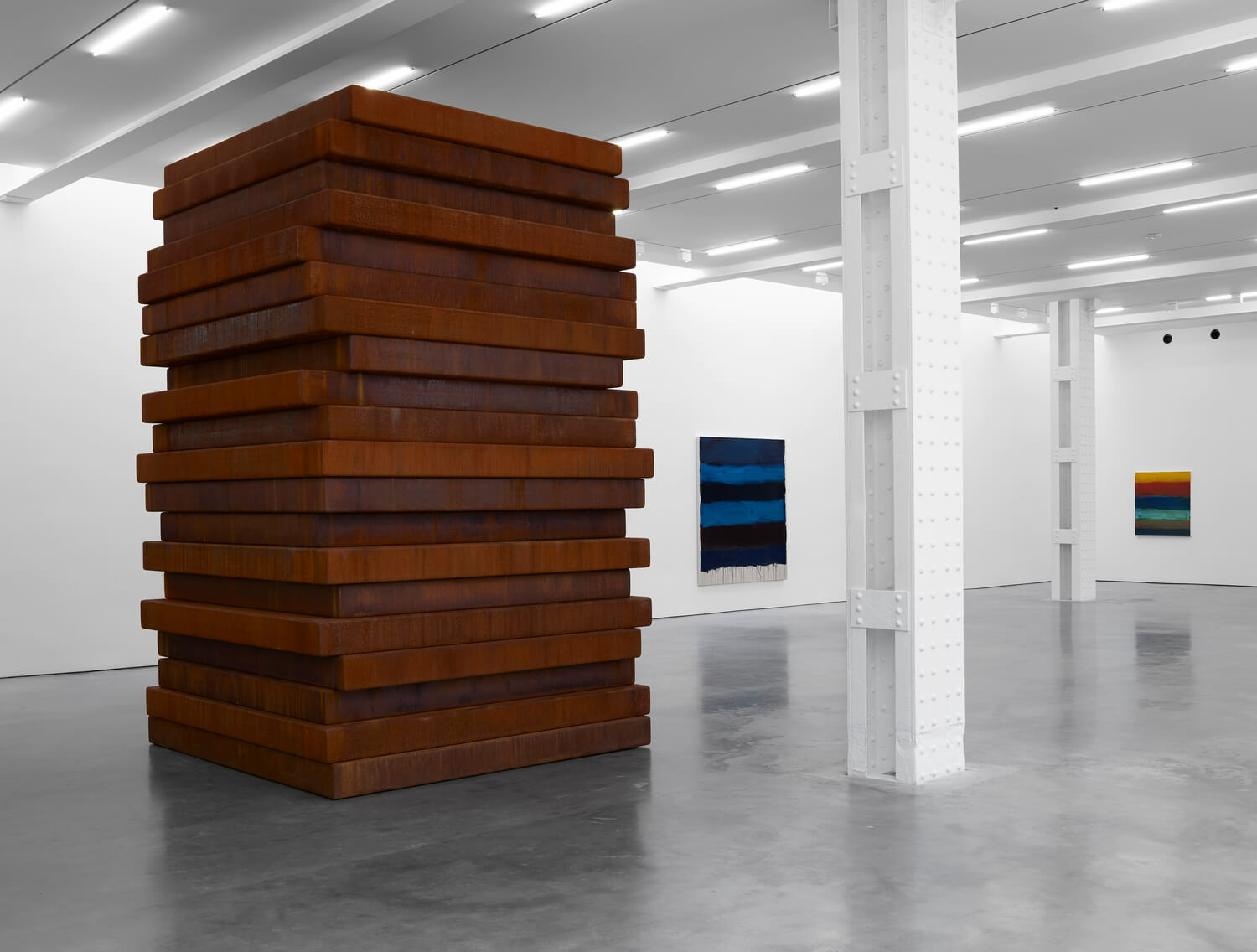 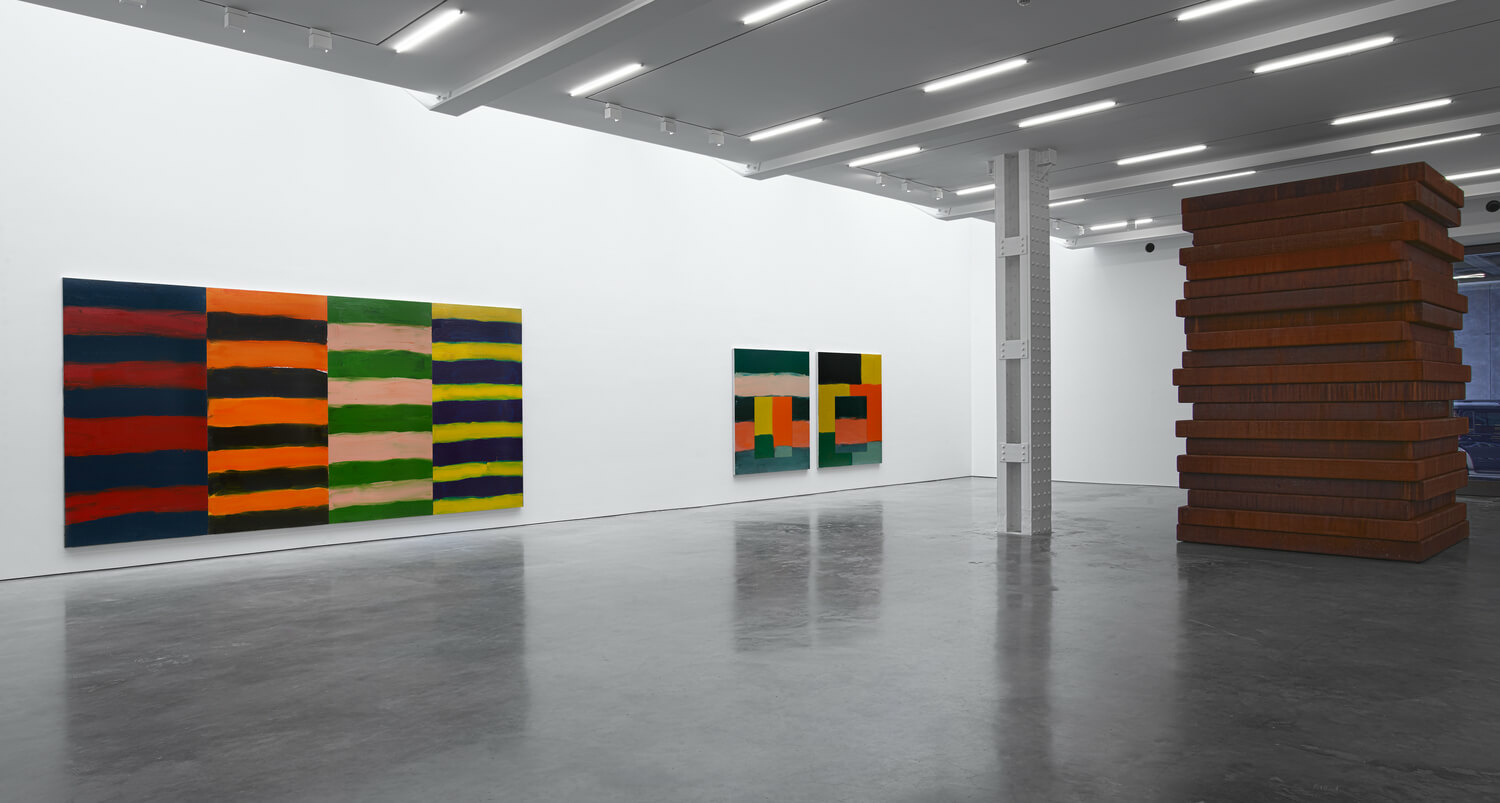 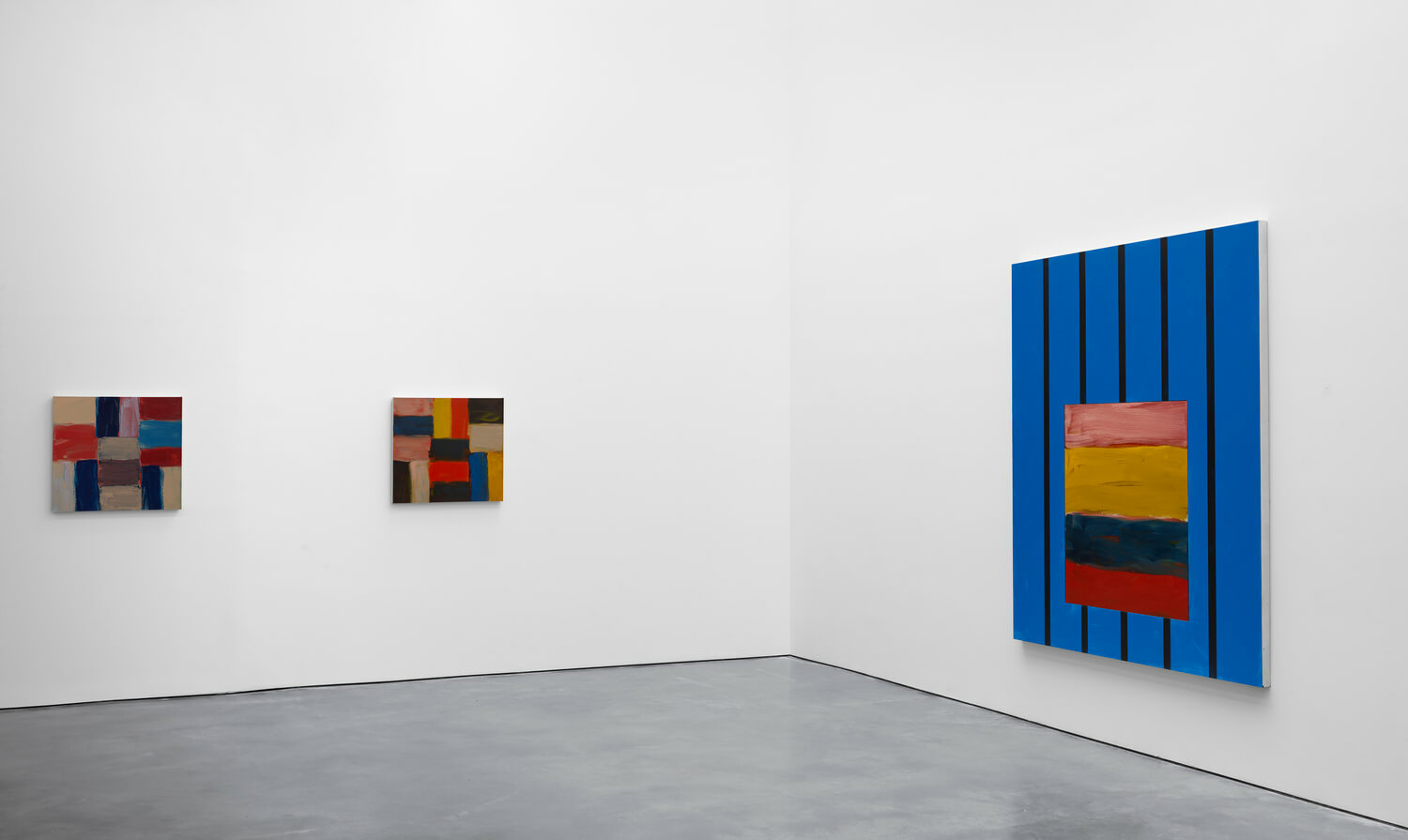 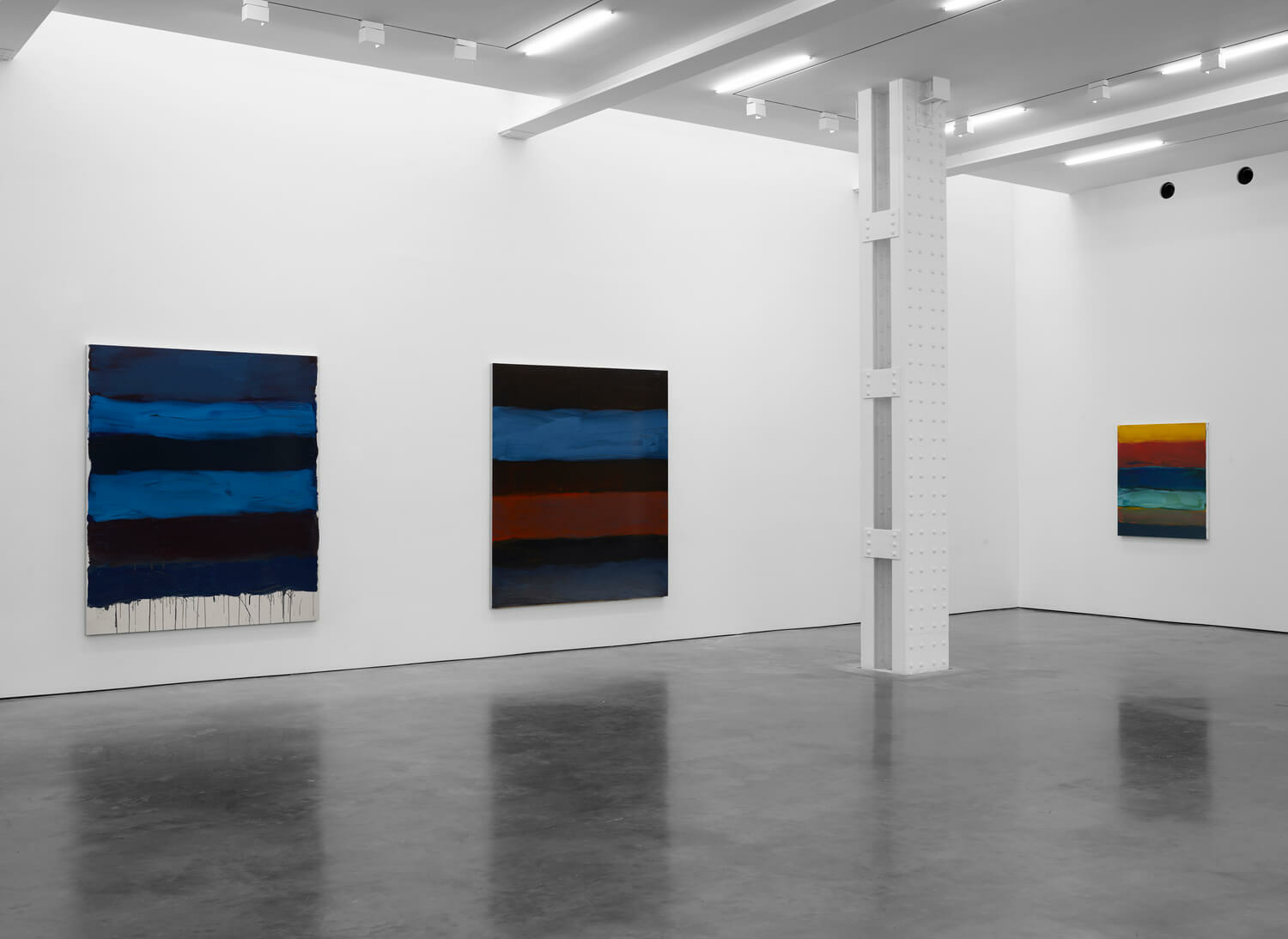 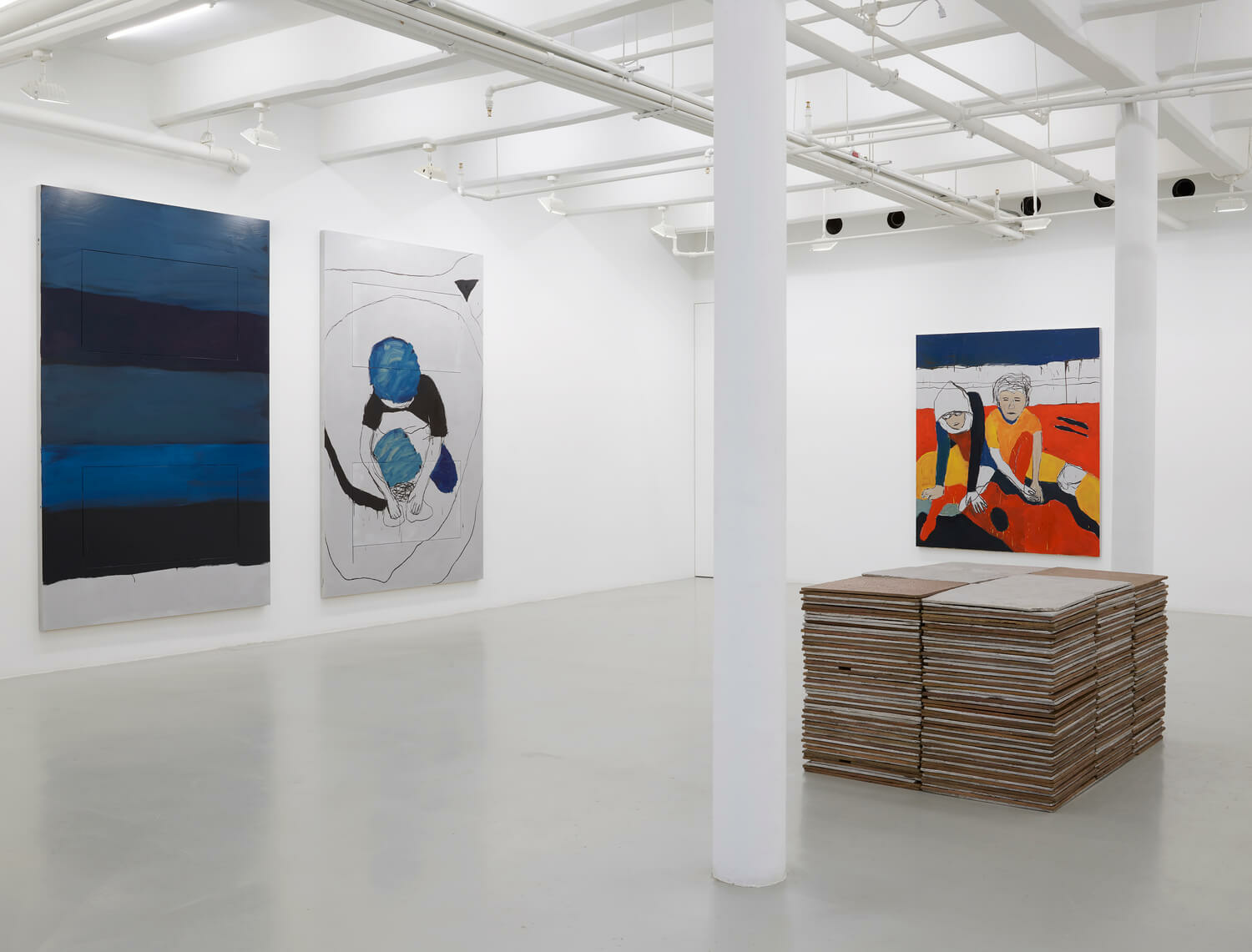 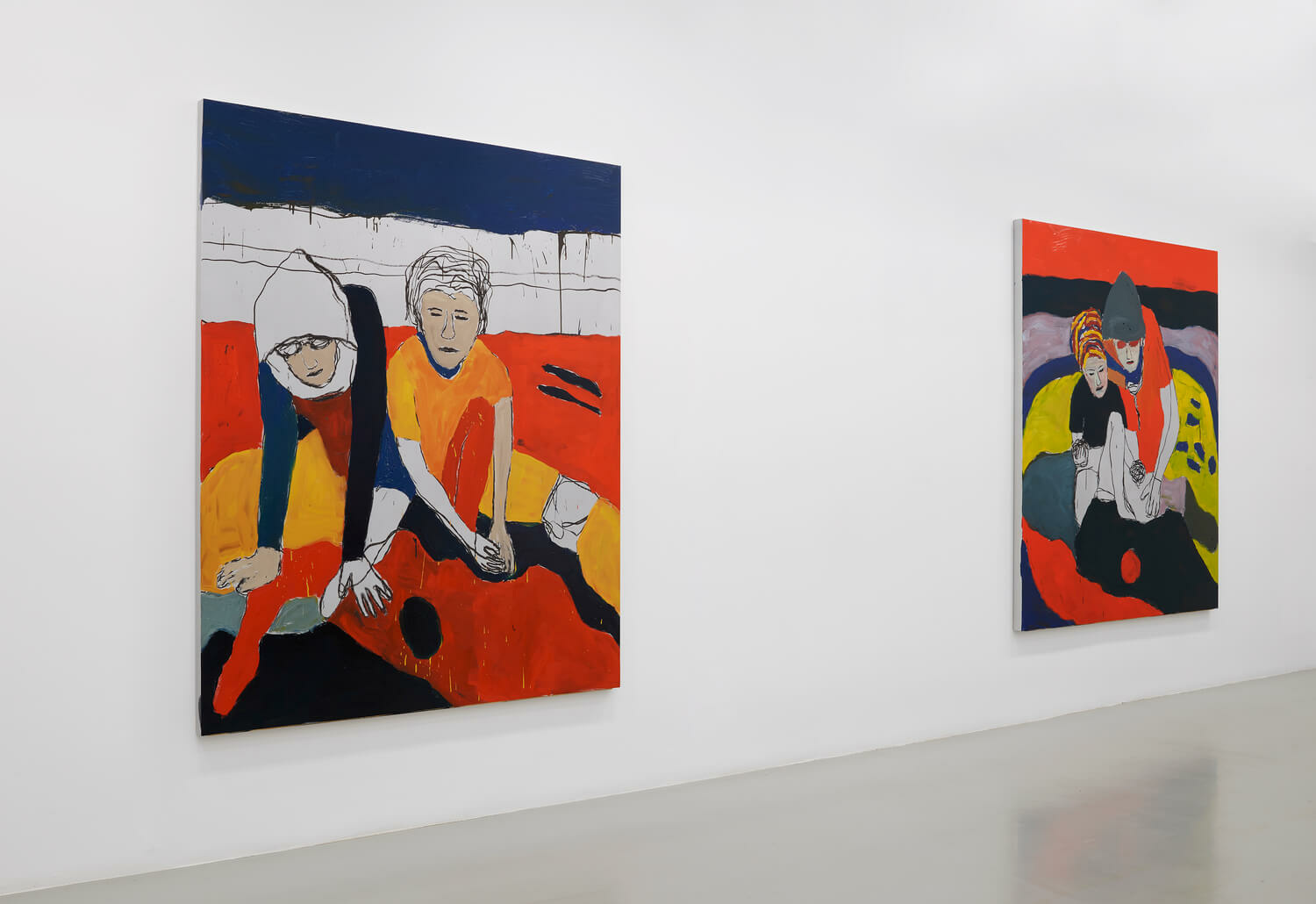 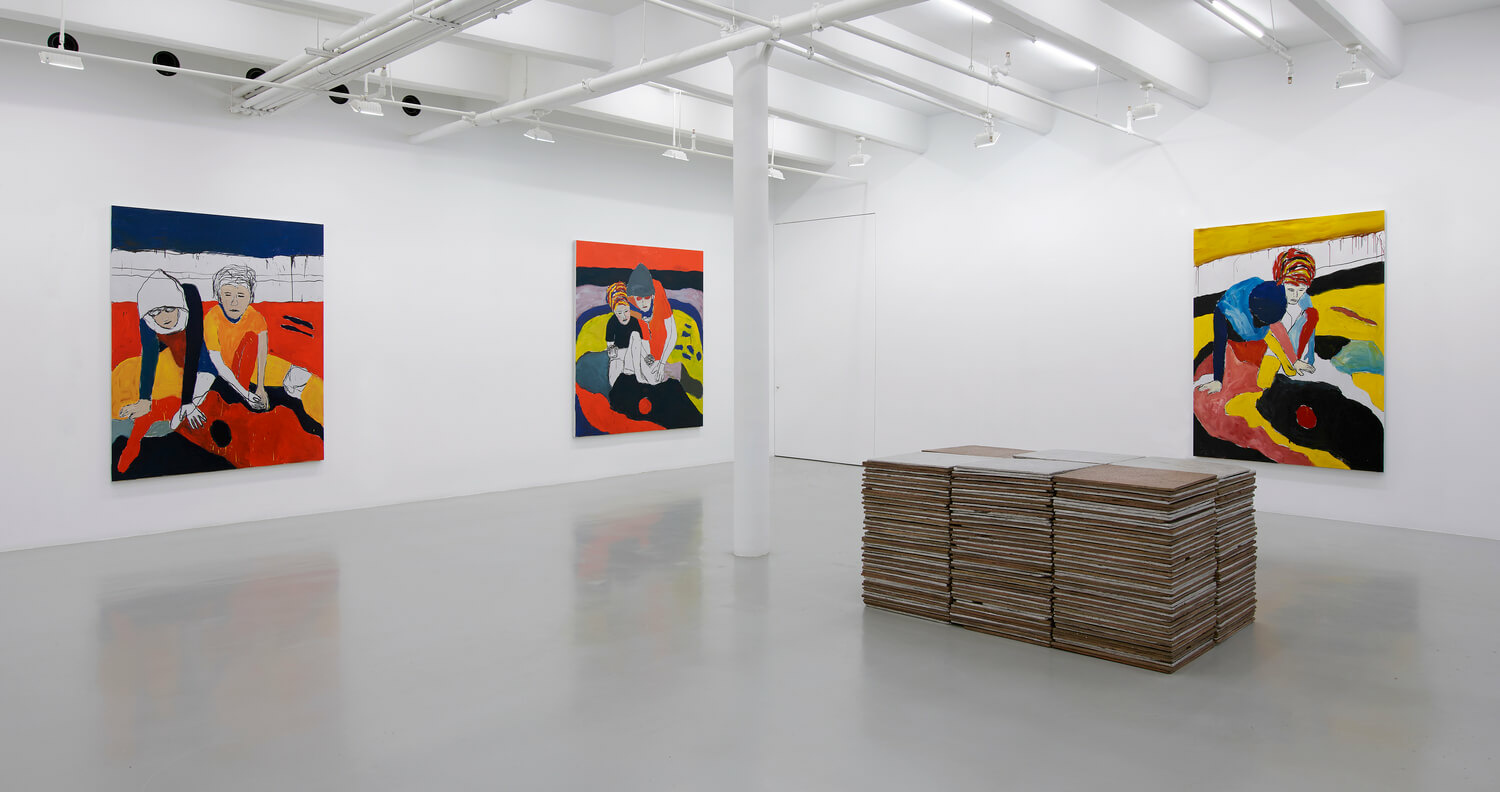 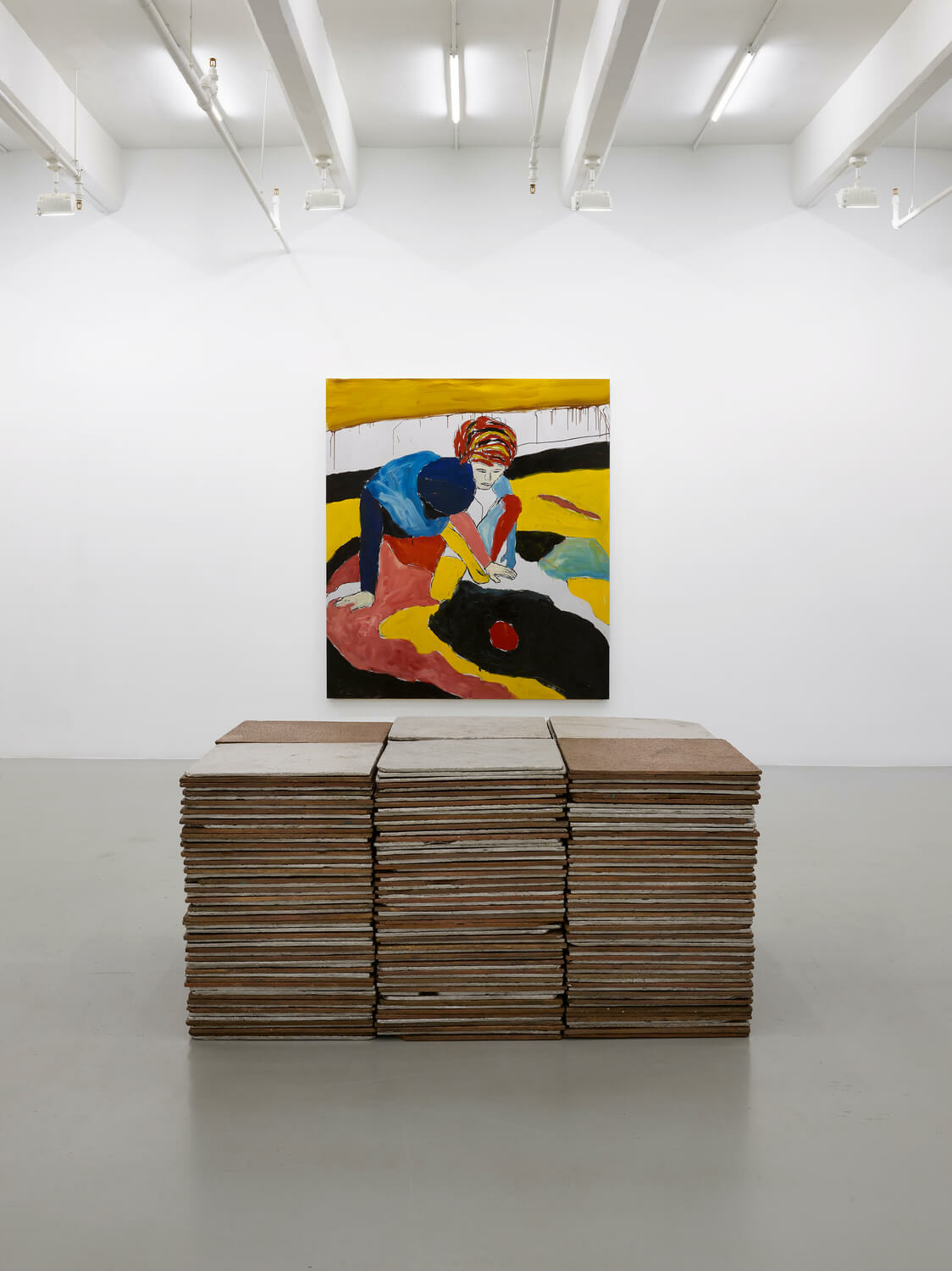 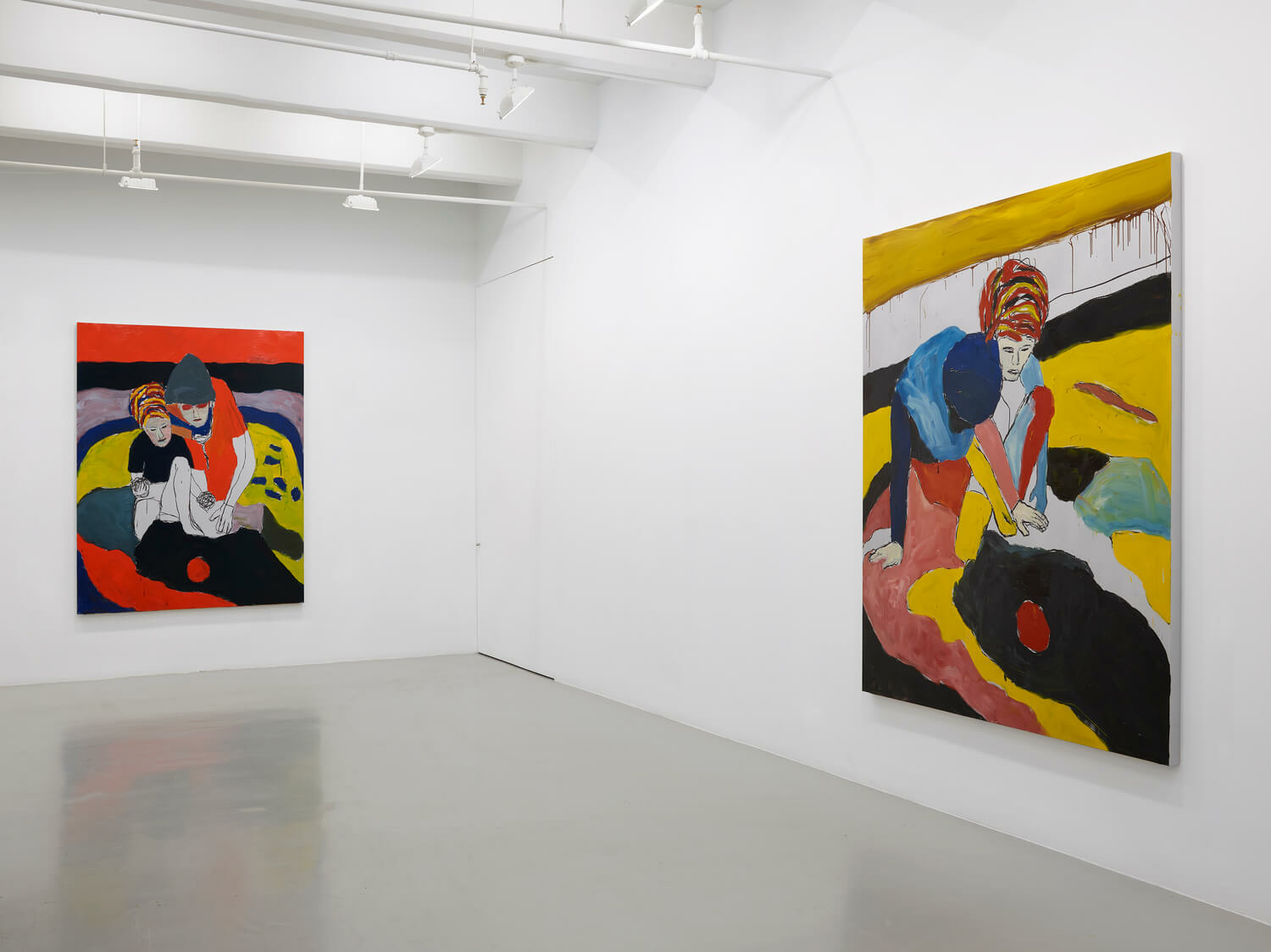 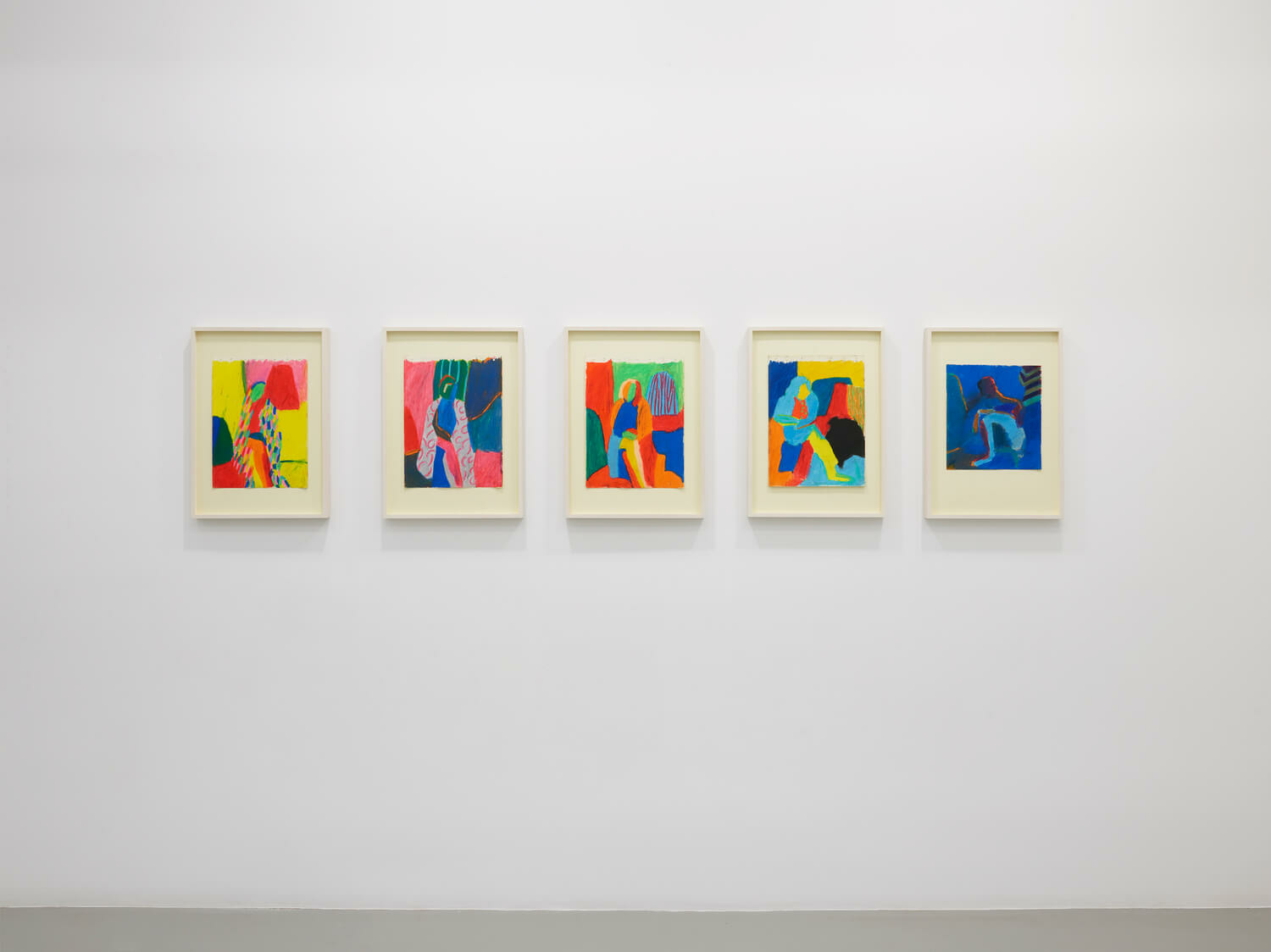 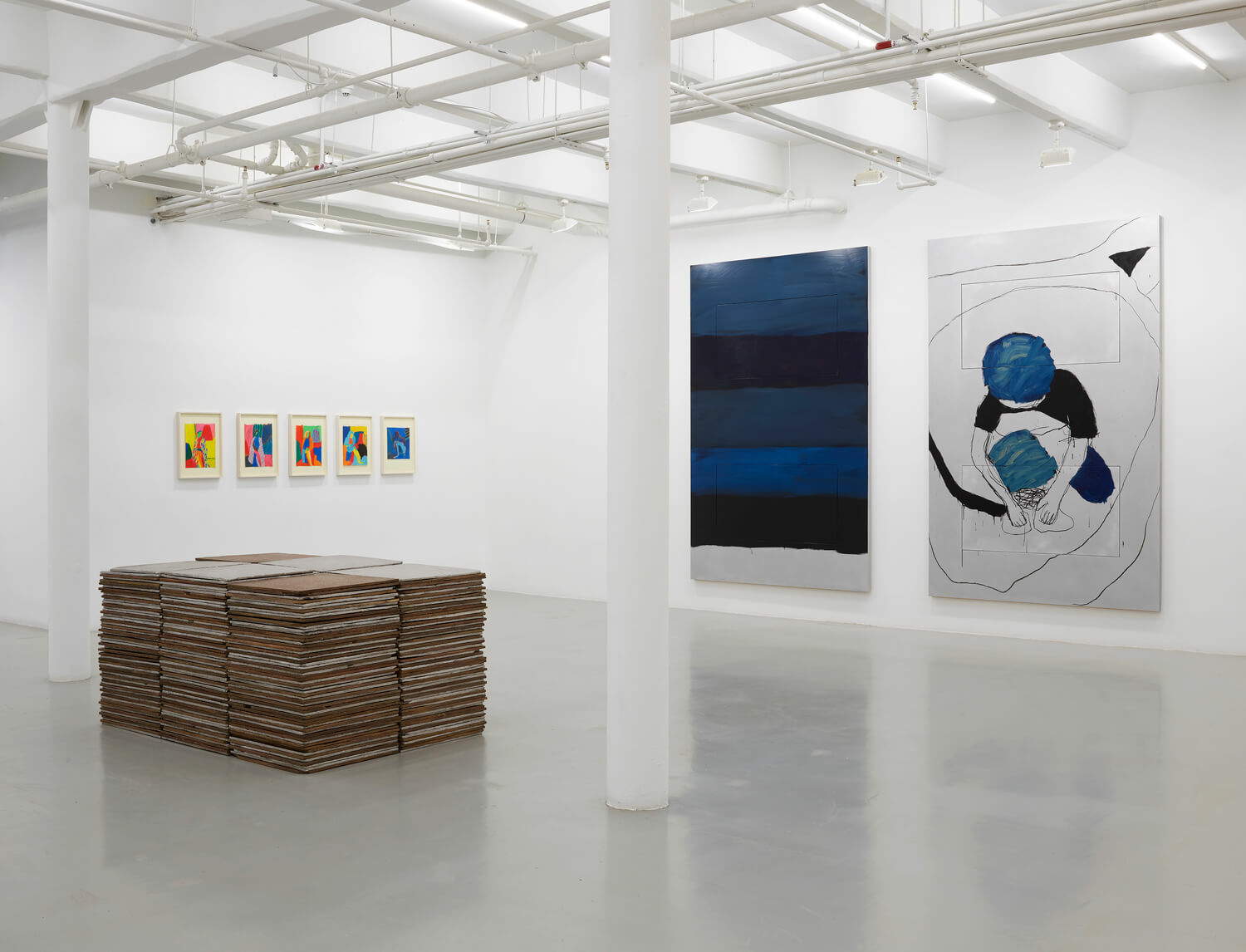