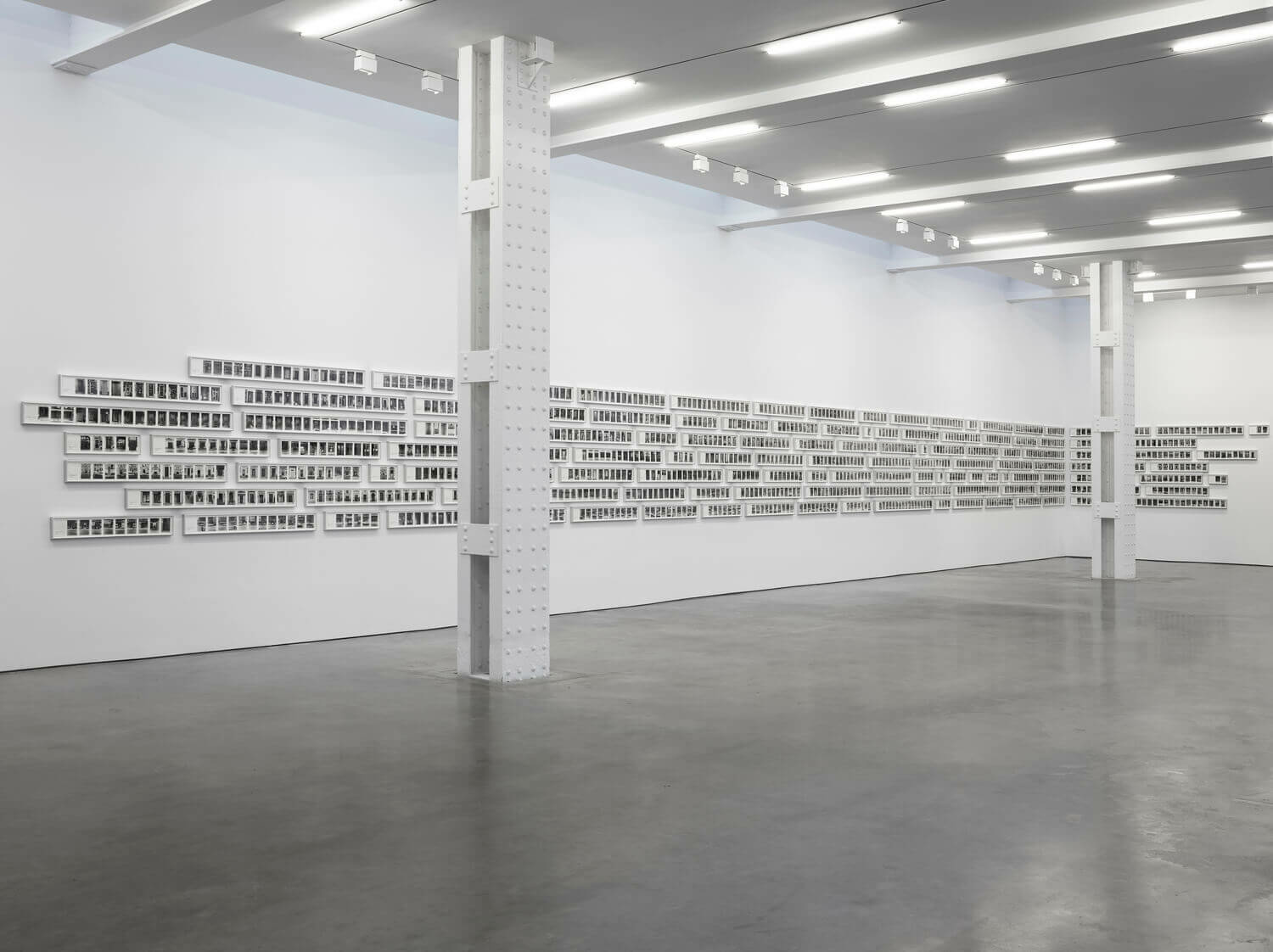 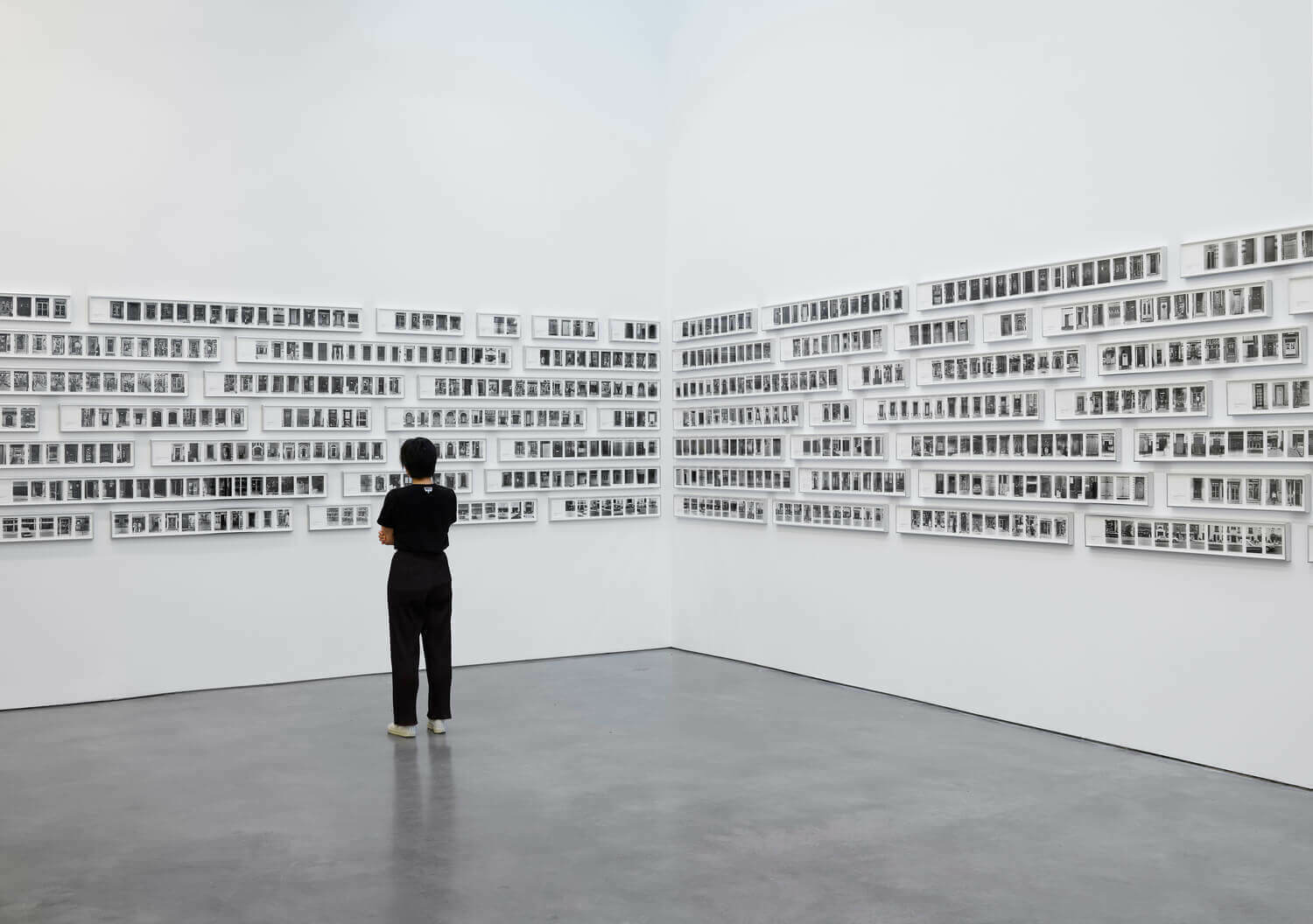 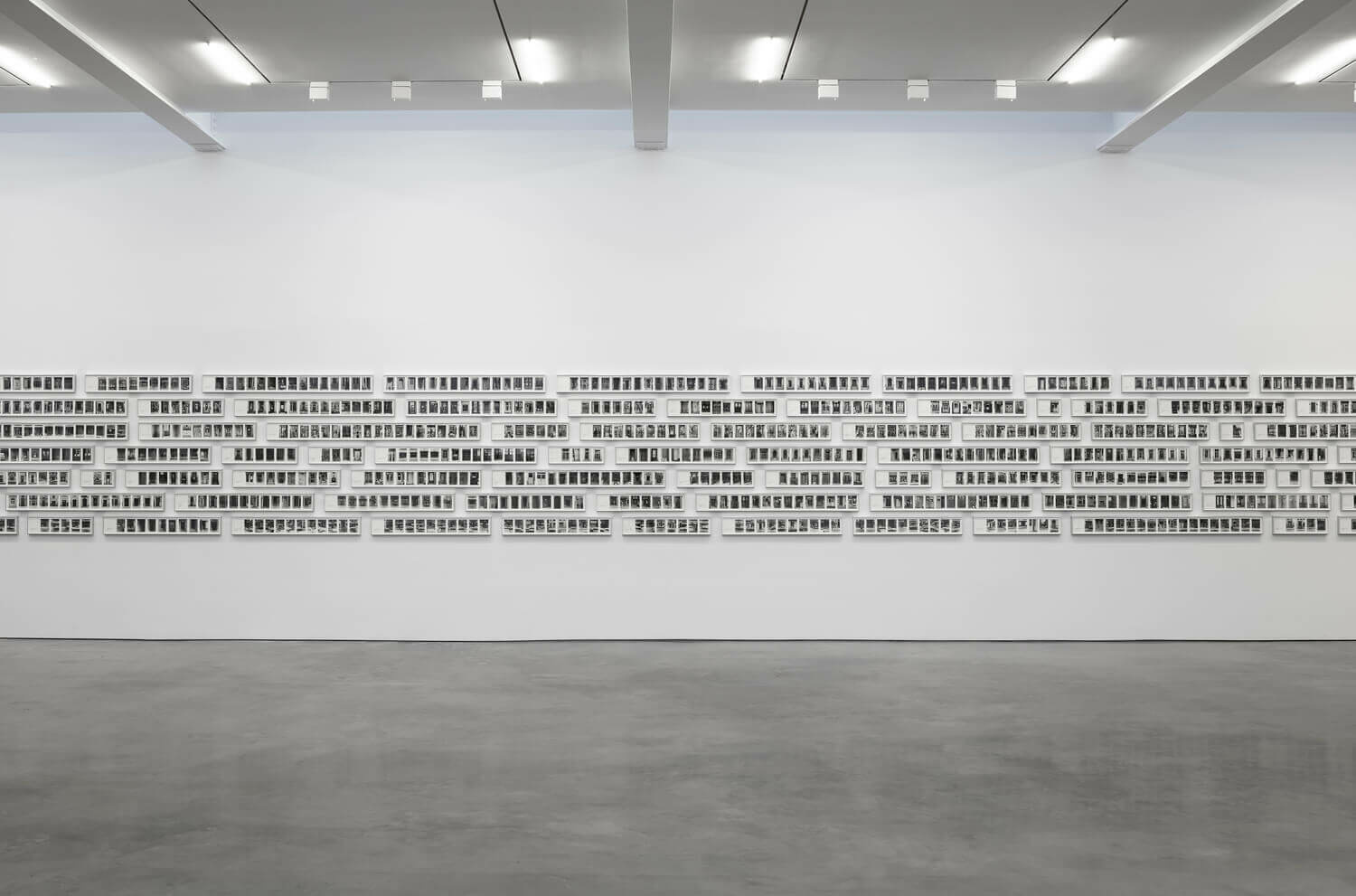 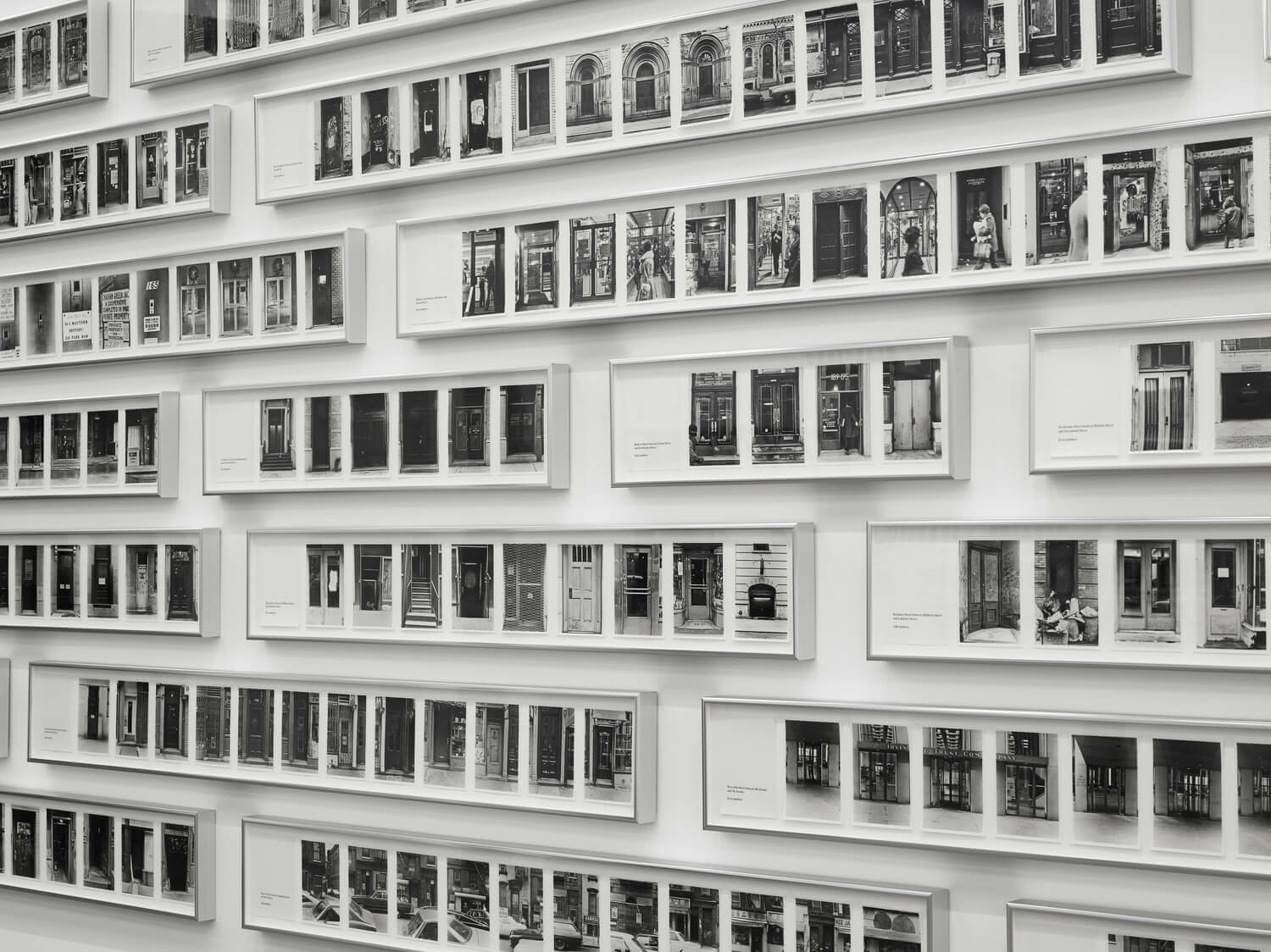 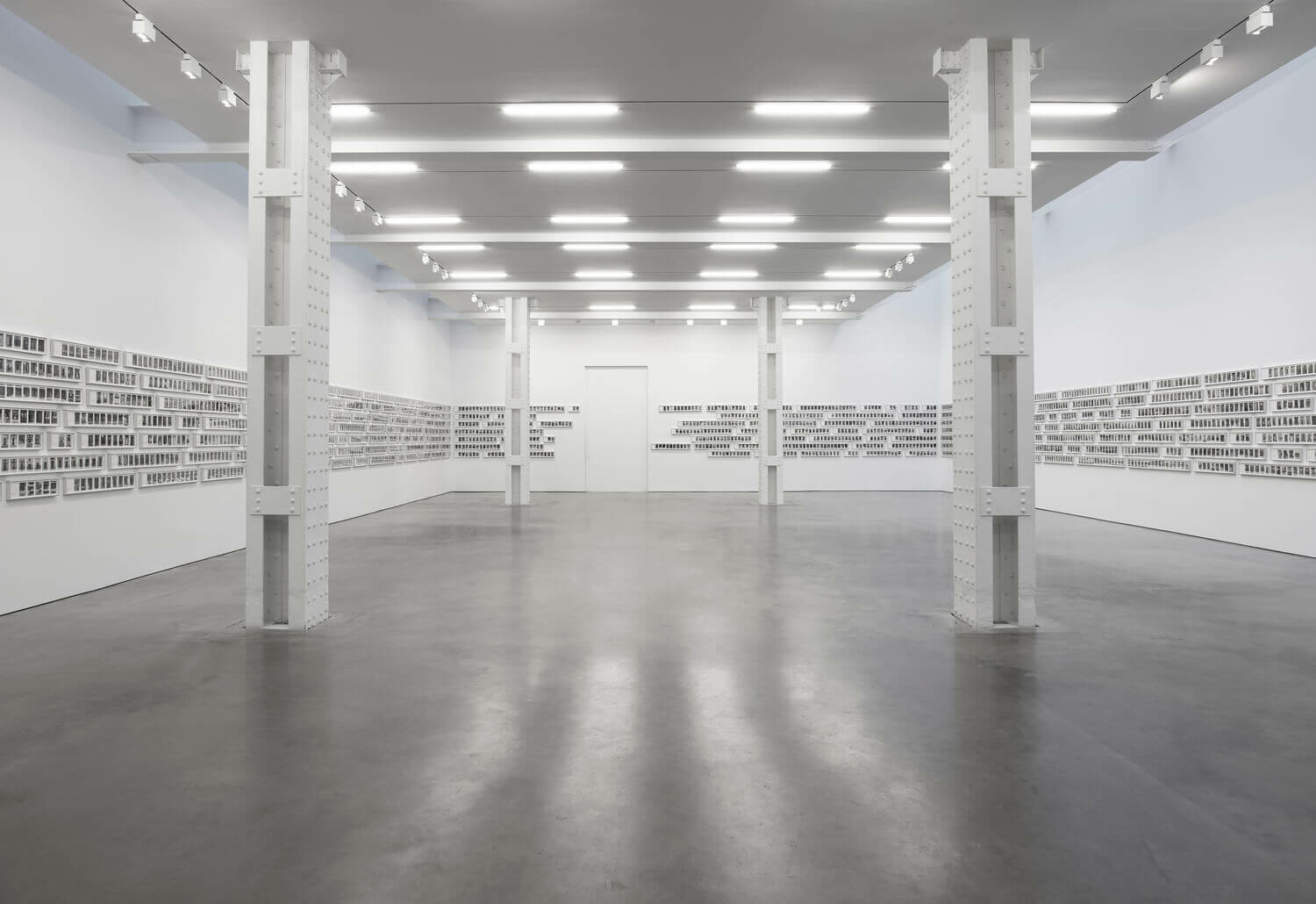 Lisson Gallery is pleased to present its third exhibition of the work of Roy Colmer since announcing representation of the artist’s estate in 2016. Debuting the entirety of his seminal Doors, NYC (1975-76) project at 504 West 24th Street, this marks the first ever comprehensive presentation of this monumental photographic project, while significant sections have previously been exhibited at PS1 and the New York Public Library. After beginning his career as a painter at the prominent Hochschule für Bildende Künste in Hamburg, Germany, Colmer abandoned the medium and his preferred method of deployment, the spraygun, just ten years after graduation, and by 1975 he worked exclusively in photography and film. Doors, NYC is both his most expansive and his most recognized series.

From November of 1975 to September of 1976, Colmer photographed the doors of every building, shop and restaurant he encountered, rendering his adopted hometown of New York City in a sequential but not strictly exhaustive manner – given that the occasional chain-link fence makes an appearance among the more traditional entry ways. He covered 120 intersections and streets across more than 3,000 images, all of which will be on view at Lisson, from areas ranging from Fort Washington to Wall Street and everywhere in between. While the photographs could initially be perceived as documentary in nature, recording the state of each block at a given moment without a predetermined path or objective, Colmer saw each image as part of a greater conceptual exercise. After each day’s outing, he inscribed the trajectory of every journey and city block in an index – noting whether he had captured the north or south side of the street, for example, and thus the odd or even address numbers.

Much like his Conceptual contemporaries On Kawara or Hanne Darboven (whom he met in art school at Hamburg where he also first experimented with photographing a series of doors, including a photo of the door of the barn at Darboven’s home), Colmer was interested in the passage of time, and how the structure which defines it is shaped by personal experience. He studied fellow English immigrant Eadweard Muybridge’s investigation of time as it related to motion and motion-picture projection and was influenced by documentary photography pioneer Eugene Atget’s images of Parisian shop windows, in addition to Berenice Abbott’s portraits of New York City in the 1930s. The series title is derived from a line from the passage Doors of Perception from English poet William Blake’s book The Marriage of Heaven and Hell – “If the doors of perception were cleansed every thing would appear to man as it is, Infinite. For man has closed himself up, till he sees all things thro’ narrow chinks of his cavern.”

The Doors, NYC series draws comparisons to the work of Hilla and Bernd Becher as well – a shared cataloguing of urban forms, frontality of form and a similar structured, serial presentation. But while the Bechers abided by a self-imposed formal system – photographing at certain times of the day and under specific lighting conditions to create stark, unemotional and sometimes melancholic portrayals of their subjects – Colmer created no guidelines for his pictures and operated his camera with a looser hand, arguably having as much in common with the conceptual as with the street photography of Lisette Model, with whom he studied at the New School in New York. As the viewer looks closely at his photographs, there are glimpses of not only the artist’s reflection but also passers-by, sometimes not fully in the frame. Colmer deliberately chose to capture New York City as he viewed it and as Blake described – raw, unedited and imperfect, liberated from reason or order, and entirely full of possibility.