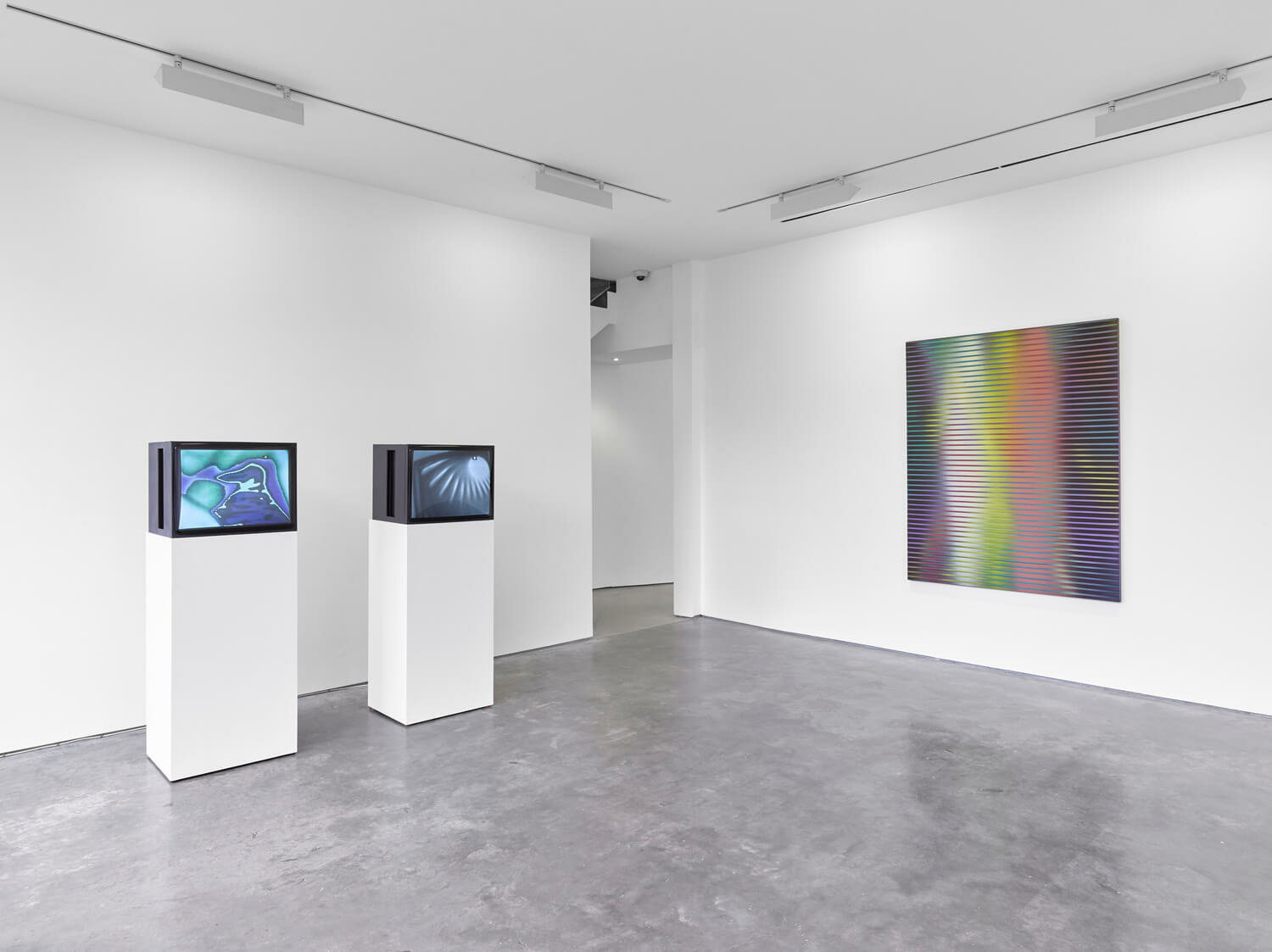 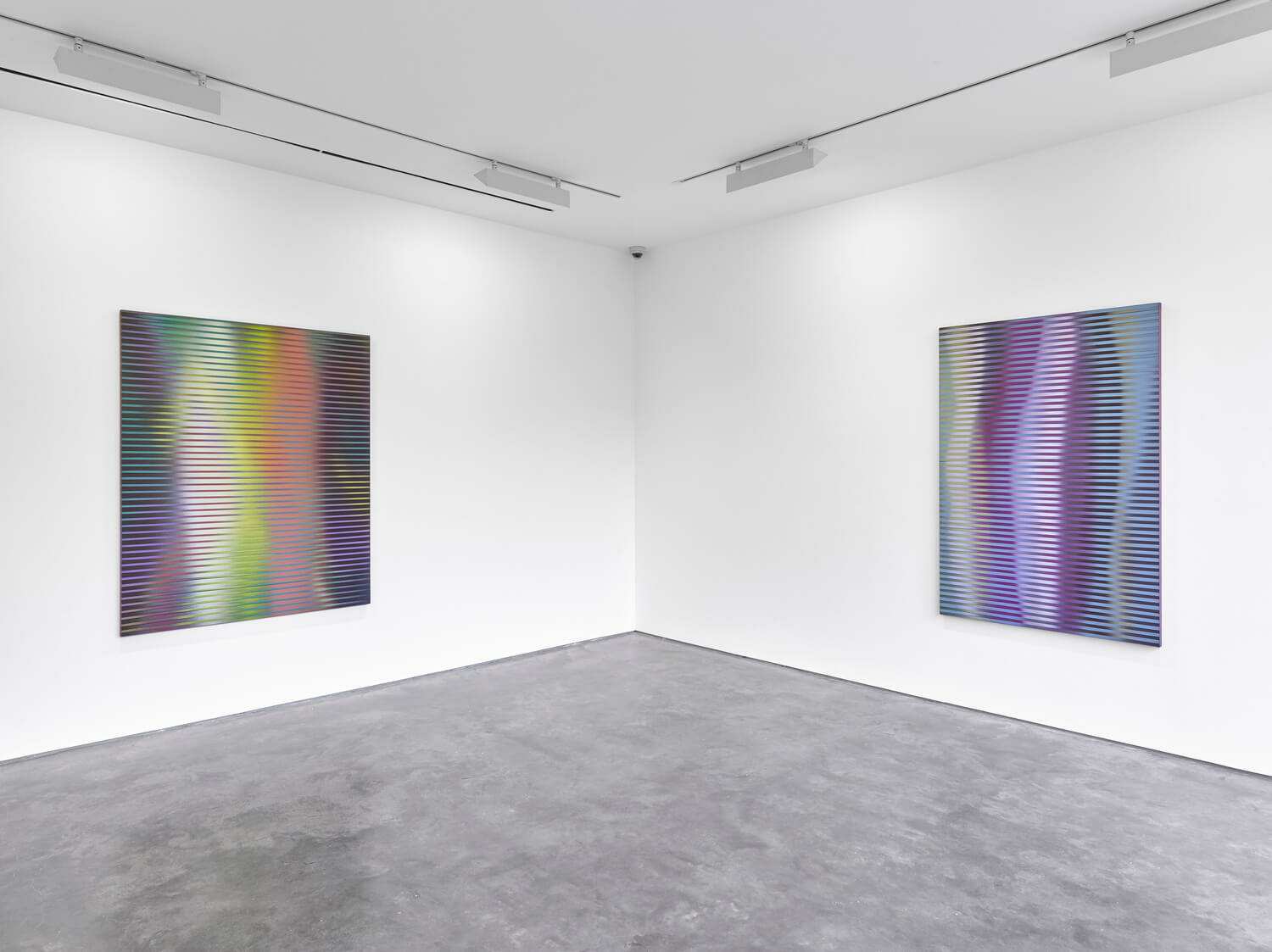 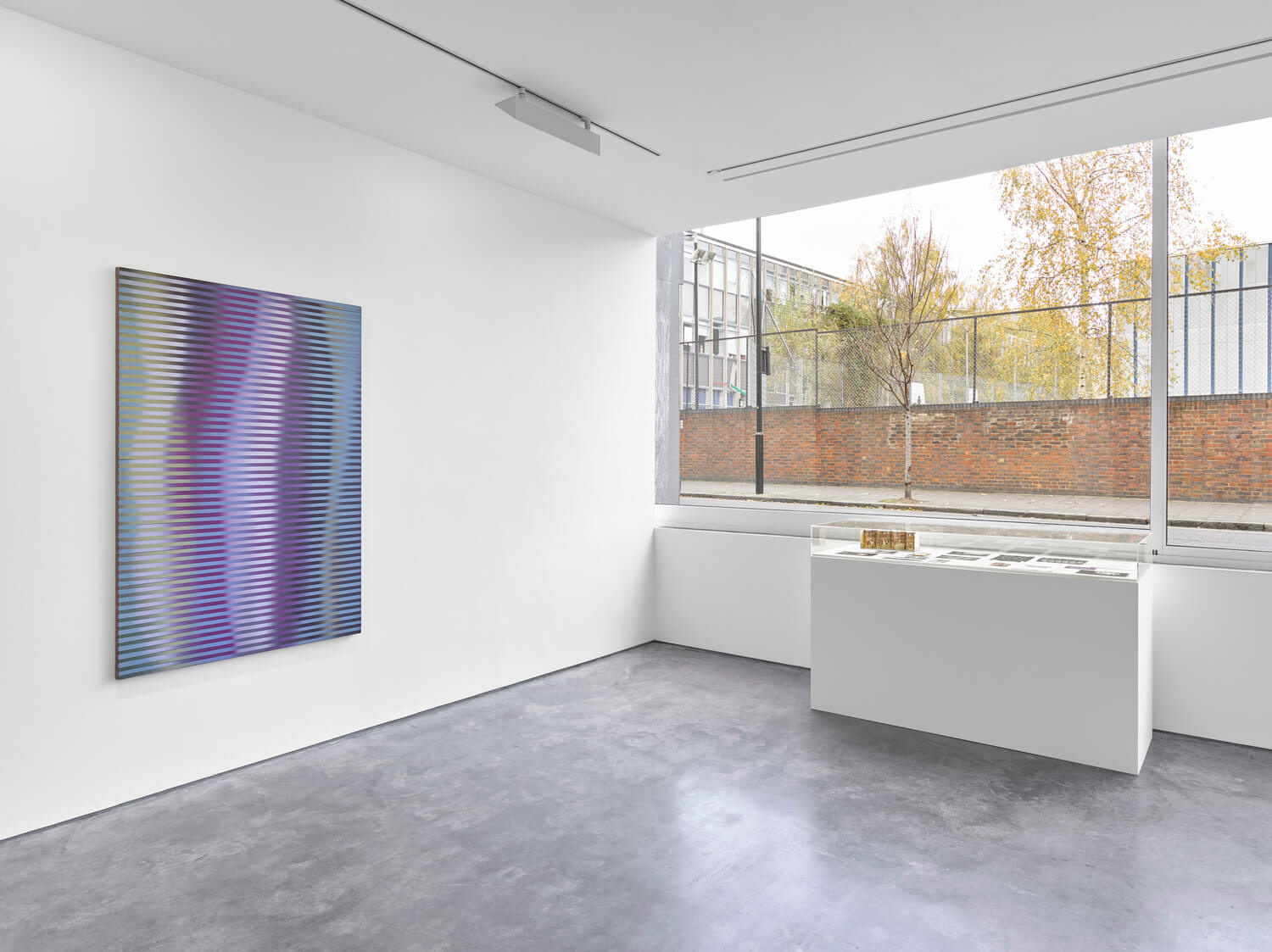 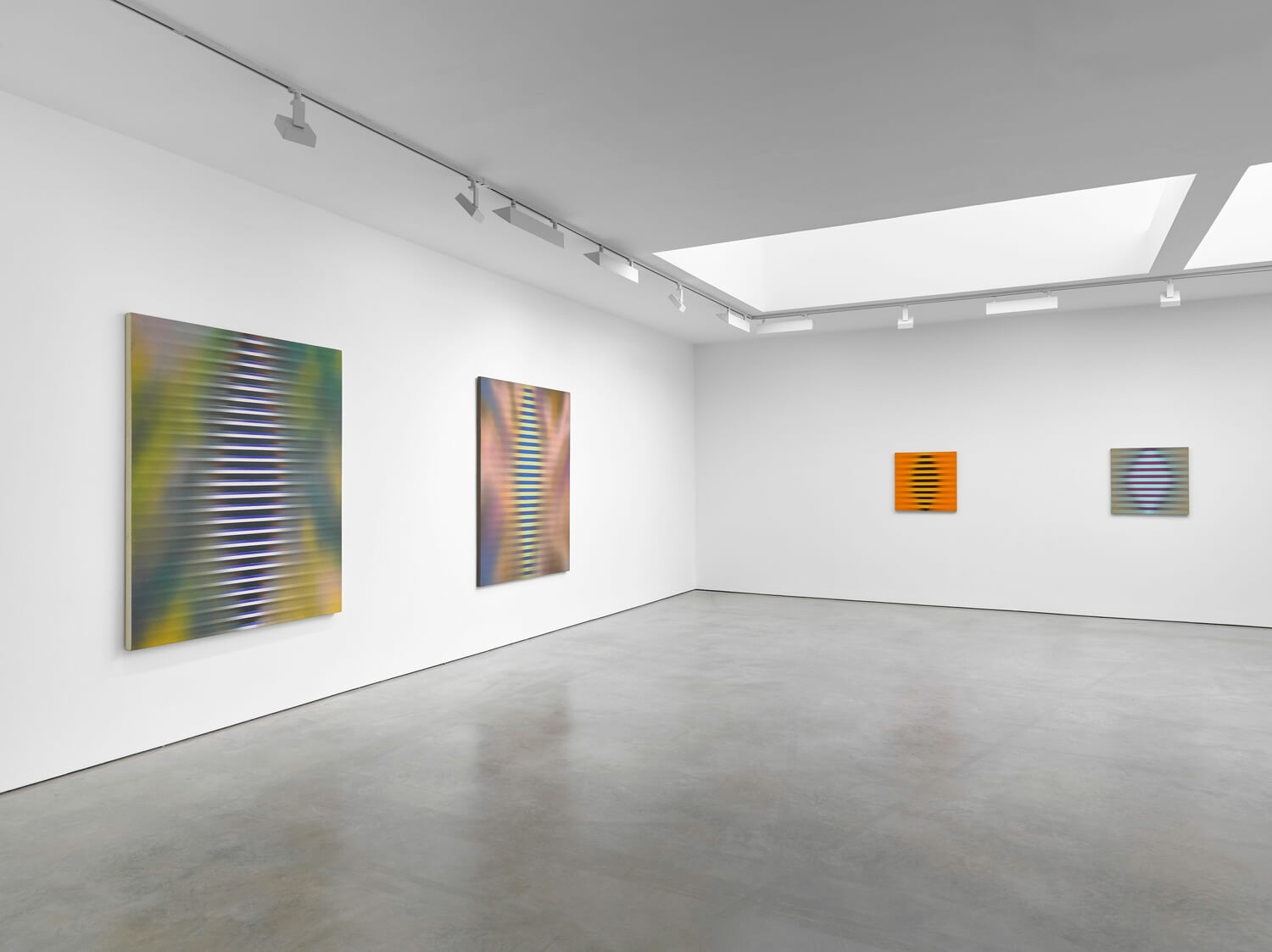 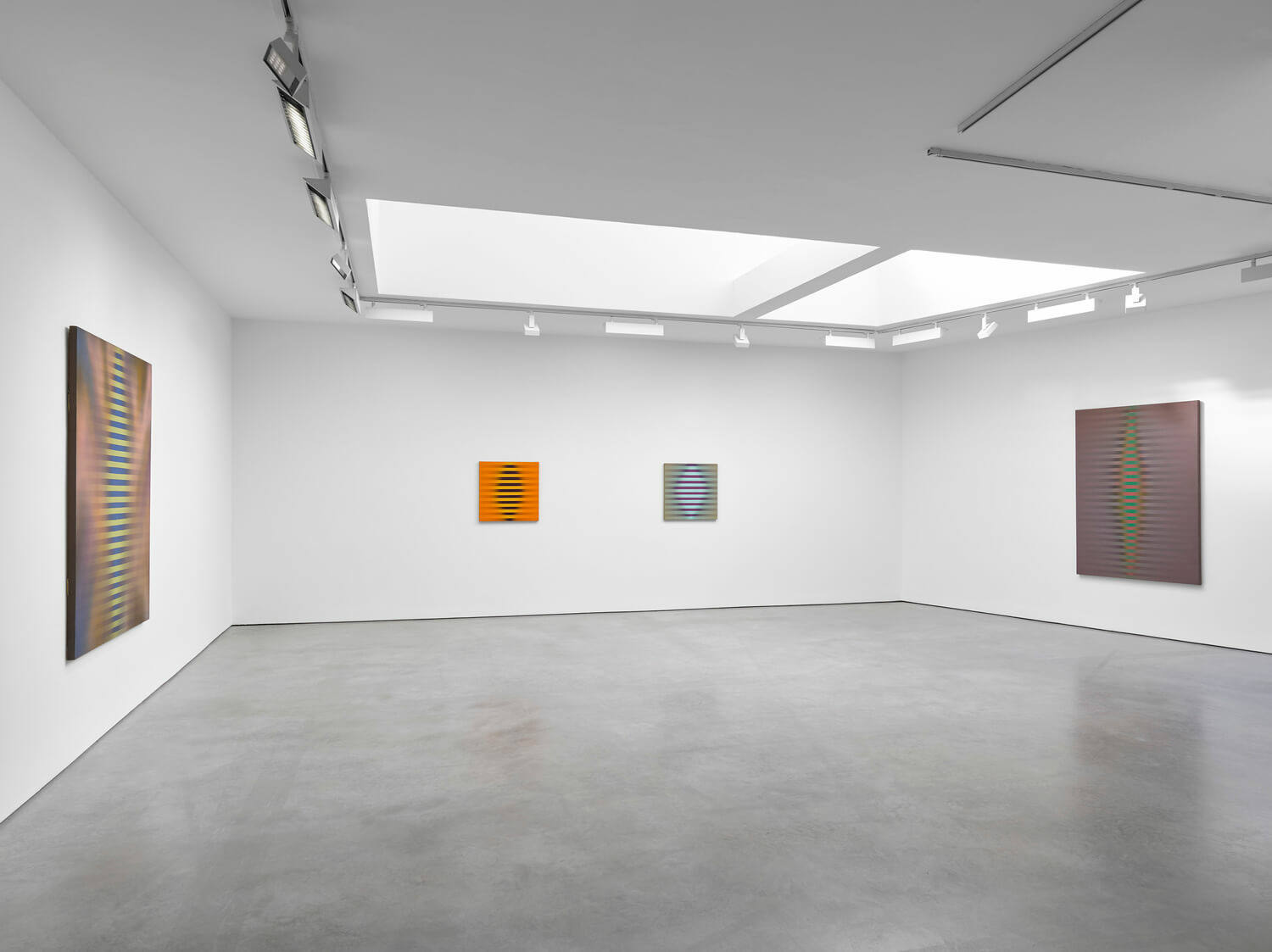 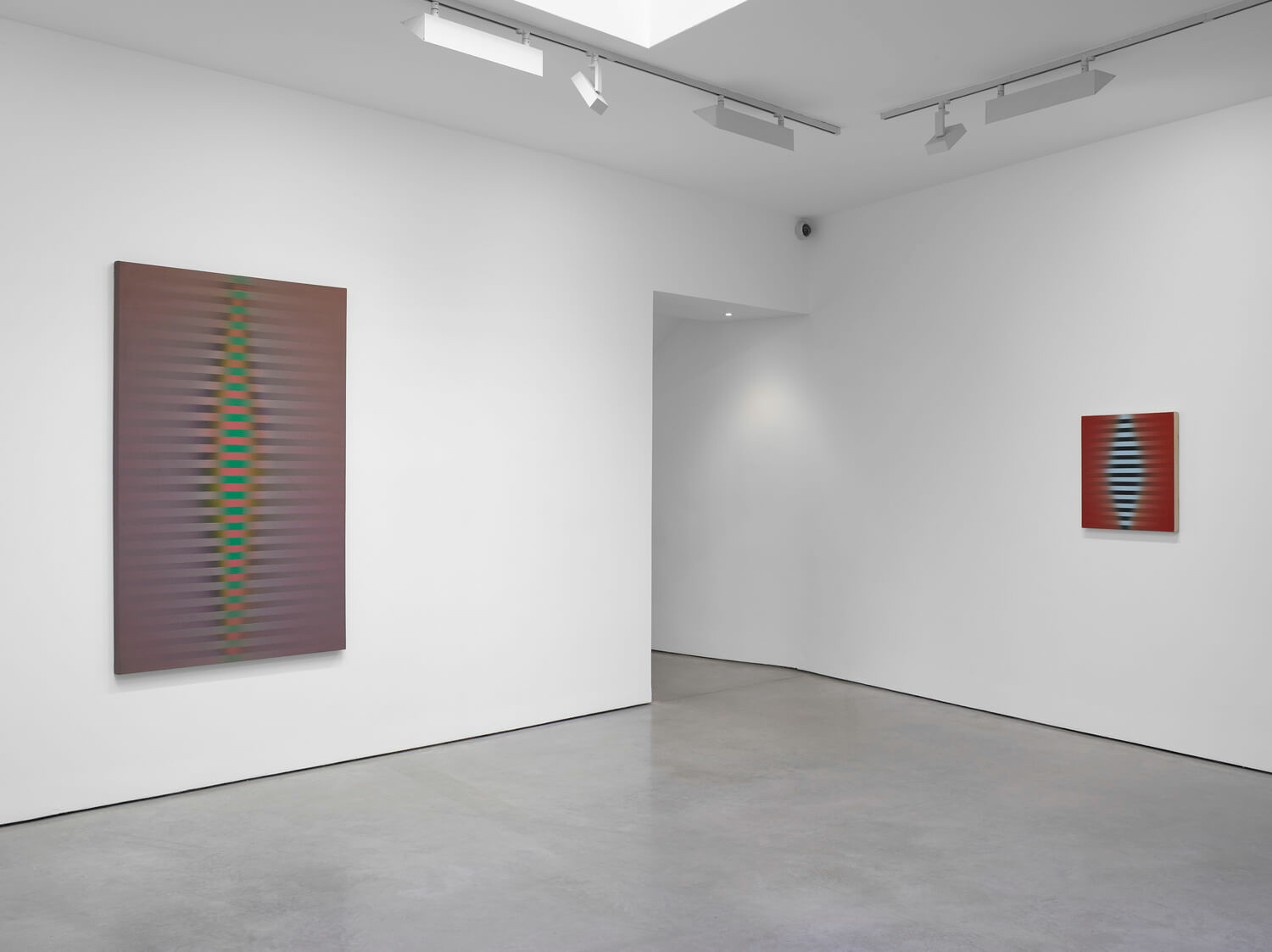 Lisson Gallery presents Roy Colmer’s first-ever solo exhibition in London and the gallery’s inaugural project with the artist in the United Kingdom. Influenced by the likes of Arshile Gorky, Bruce Nauman, Nam June Paik and Jackson Pollock, with a career spanning five decades, Colmer’s work holds an important place in the narrative of contemporary art. The presentation at Lisson Gallery highlights Colmer’s unique visual language by bringing together eight paintings from the early 1970s, reflecting the artist’s intellectual engagement with the contemporary changes of science and technology of that time, along with a film and documentation of his work in this medium.

London-born artist Roy Colmer (1935–2014) was a painter, photographer, graphic designer and film artist. Through the use of painting, film, photography and collage, inspired by the introduction of new, electronic media that dominated the artistic landscape of the 1970s, Colmer challenged the disciplinary boundaries in which he worked. His incorporation of time-based technologies with paint and canvas – which other artists at the time found too conventional – mark Colmer as a true innovator in his field.

Colmer began painting in the mid-1960s after graduating from Hochschule für Bildende Künste in Hamburg, where he was taught under the tutelage of Almir Mavignier, Eduardo Paolozzi and Georg Gresko. Colmer’s signature approach, characterised by his use of a spray gun, brought about a nuanced language of painting, allowing him to create filmic effects that evoke the sensation of vibration, movement and distortion. Reminiscent of early TV sets flickering to life, the paintings on display as part of the exhibition – all from the early 1970s and rarely exhibited before – display an optical haze of colour built around horizontal stripes and pulsating lozenge-like, organic forms. These works particularly demonstrate Colmer’s ongoing experimentation with technique and style, progressing to include multi-forms and waves created against a background of shifting colours. Lines bend and gyrate, taking on an almost figurative quality, as sections of these misty, tonal canvasses take on shadowy contours. As Alex Bacon identified in an exhibition catalogue that accompanied Colmer’s first exhibition with Lisson in January this year, “It was a true innovation of Colmer’s to jerry-rig his spray gun to be able to change colours in the course of a single pass across the canvas.”

In the 1970s, around the same time Colmer was producing spray-paintings, he began working with closed circuit television, exploring the effects of video feedback and interference in this new medium. The television thus became his spray gun. Toying with the stream of electrons that are blasted against a TV screen, like the play between spray-gun, paint and canvas, Colmer’s video works continued to embody his painterly style, the changing, undulating patterns similar to those found in his paintings. The work featured as part of this exhibition, Metamorphosis (1974), realises the dance-like movement Colmer wanted to convey in his films in direct response to the movement expressed in abstract expressionist paintings. Black-and-white figures transform into amorphous abstractions; their colourful forms, mixed with intermittent flashes of light and static, similar to the imagery generated by heat-sensing body cameras. Rare, archival photographs documenting Colmer’s process behind the creation of his films accompany the exhibition, providing unique access into this area of the artist’s practice.