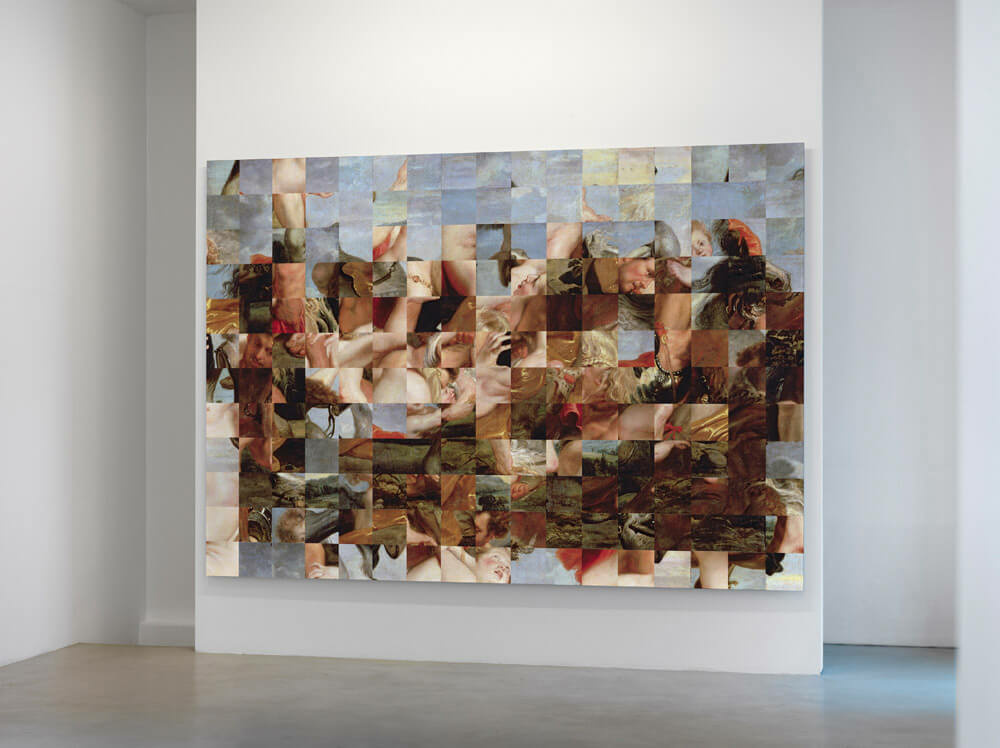 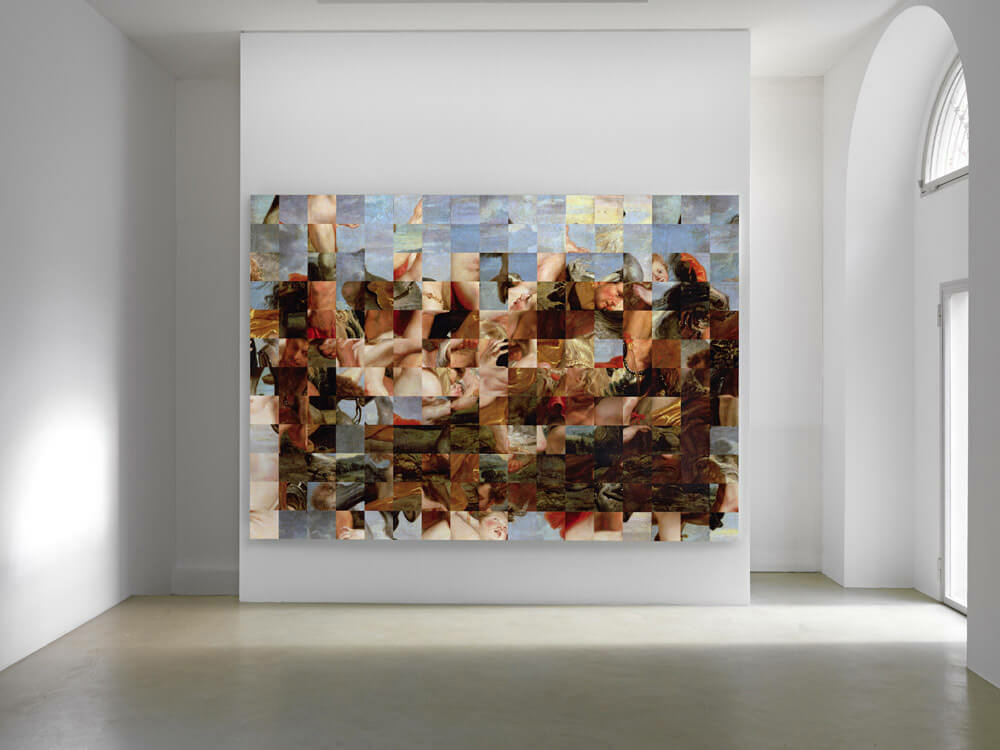 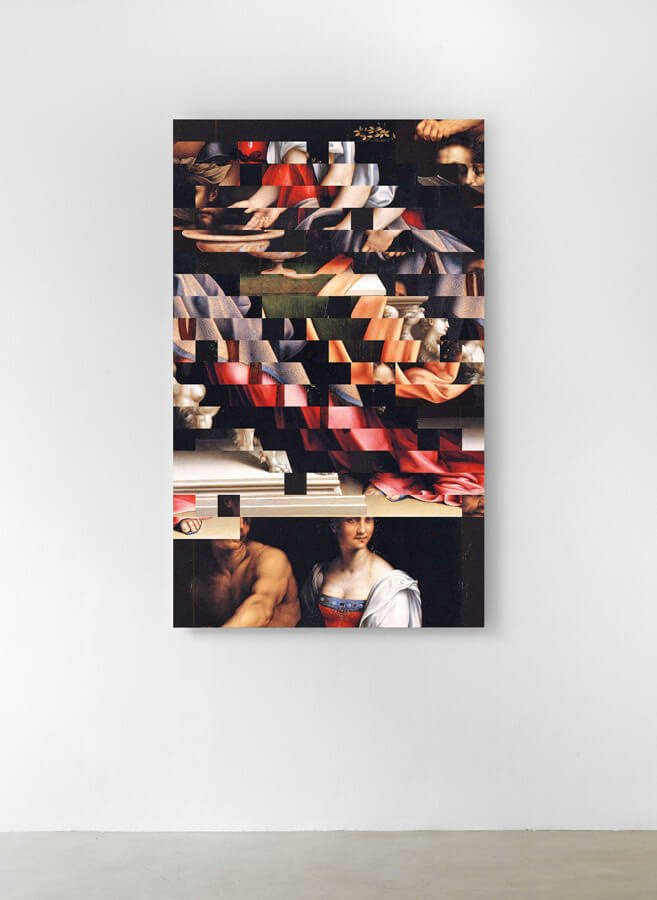 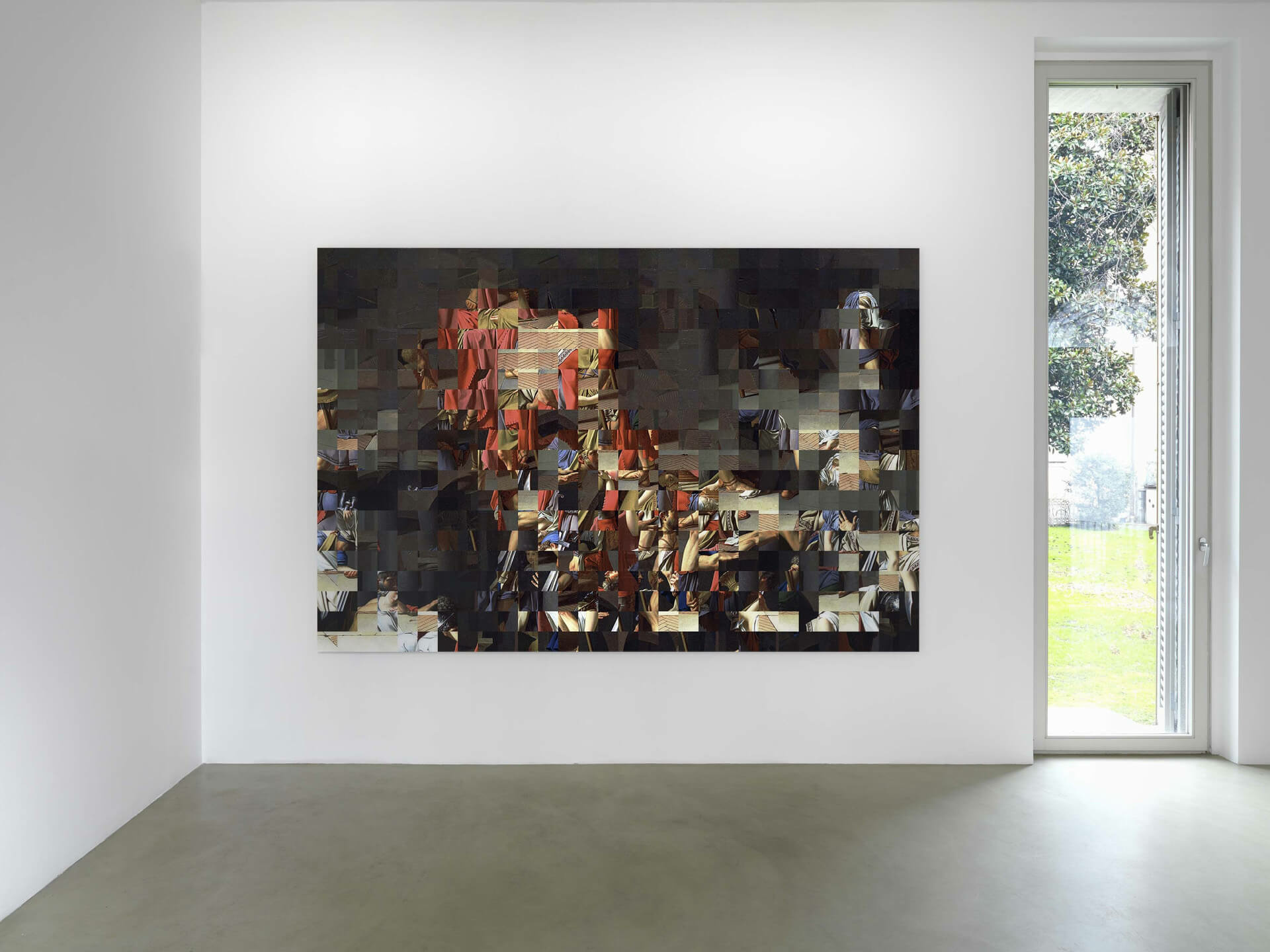 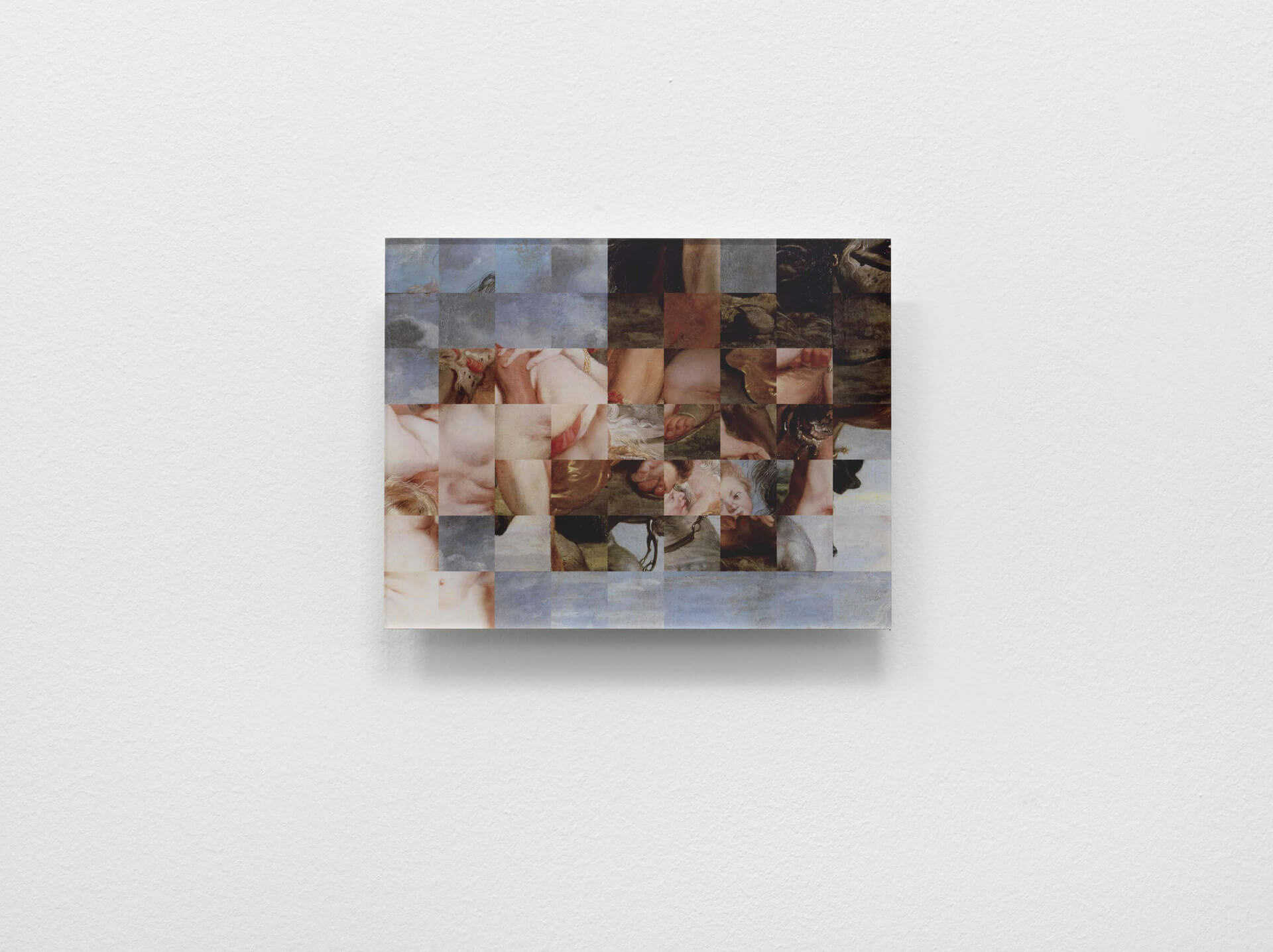 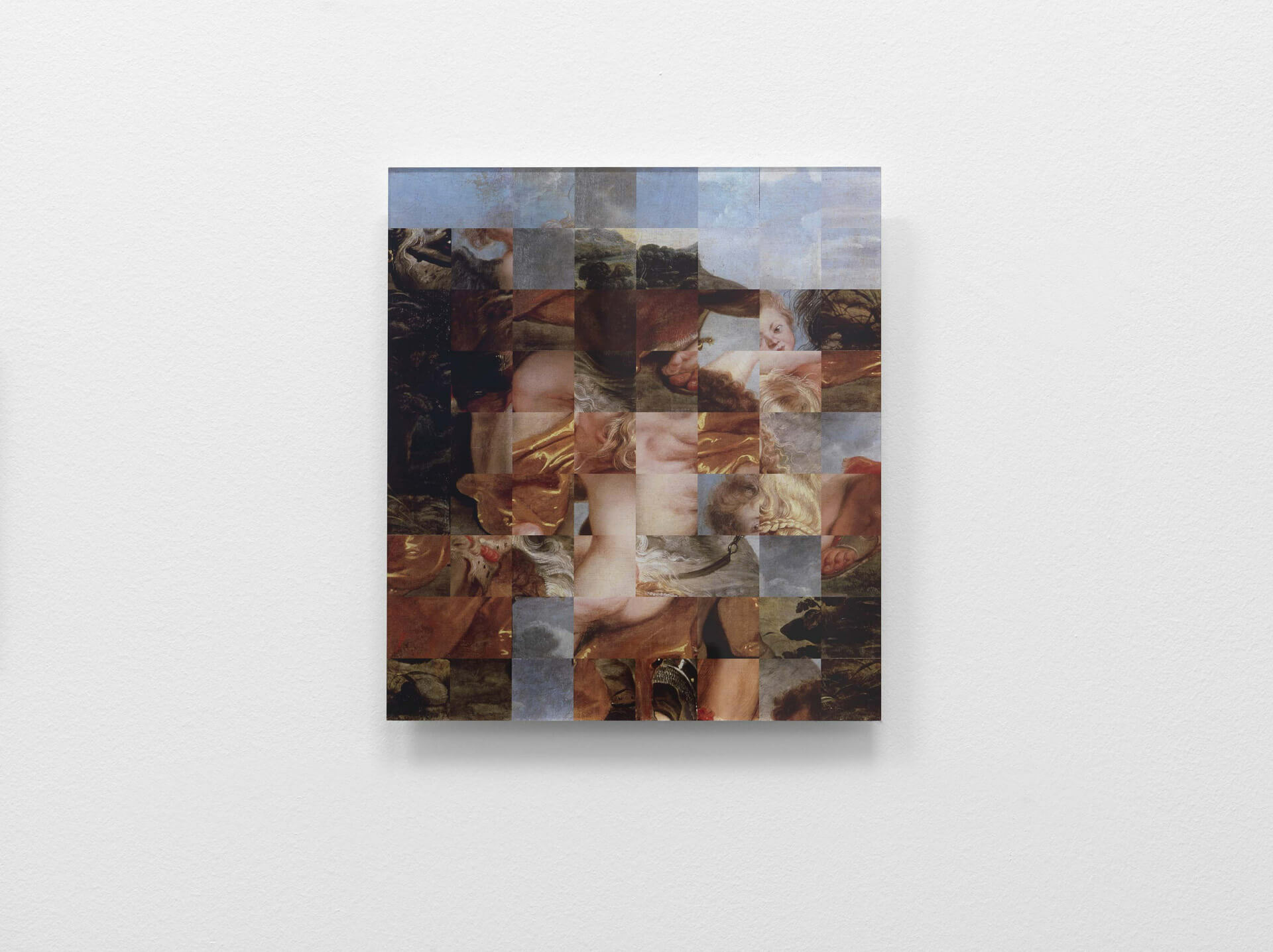 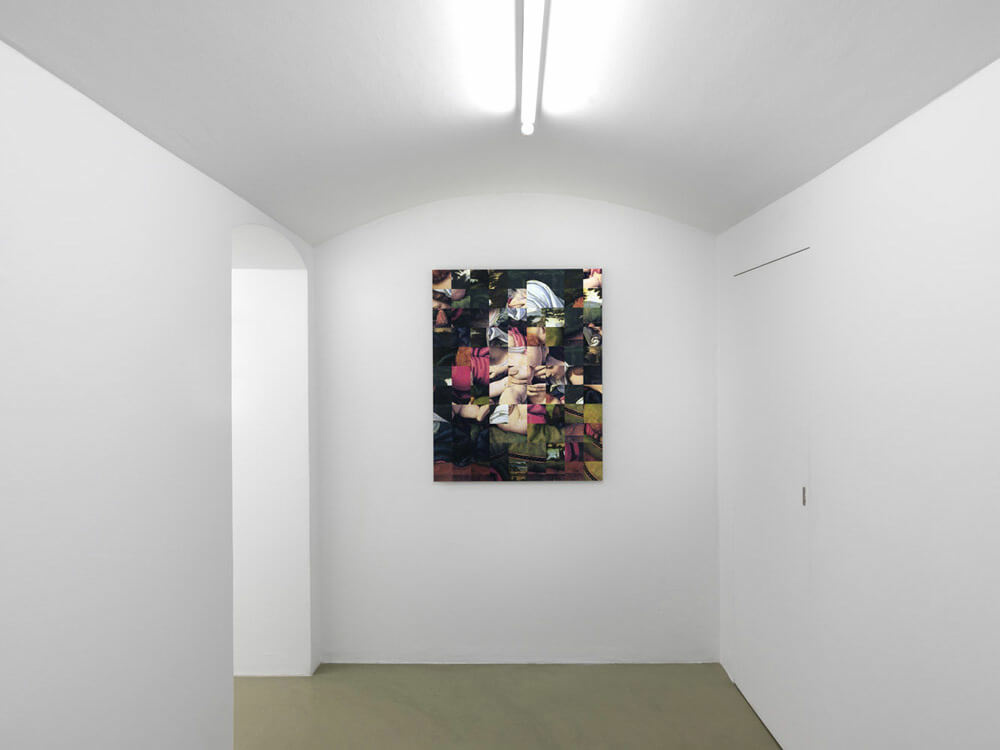 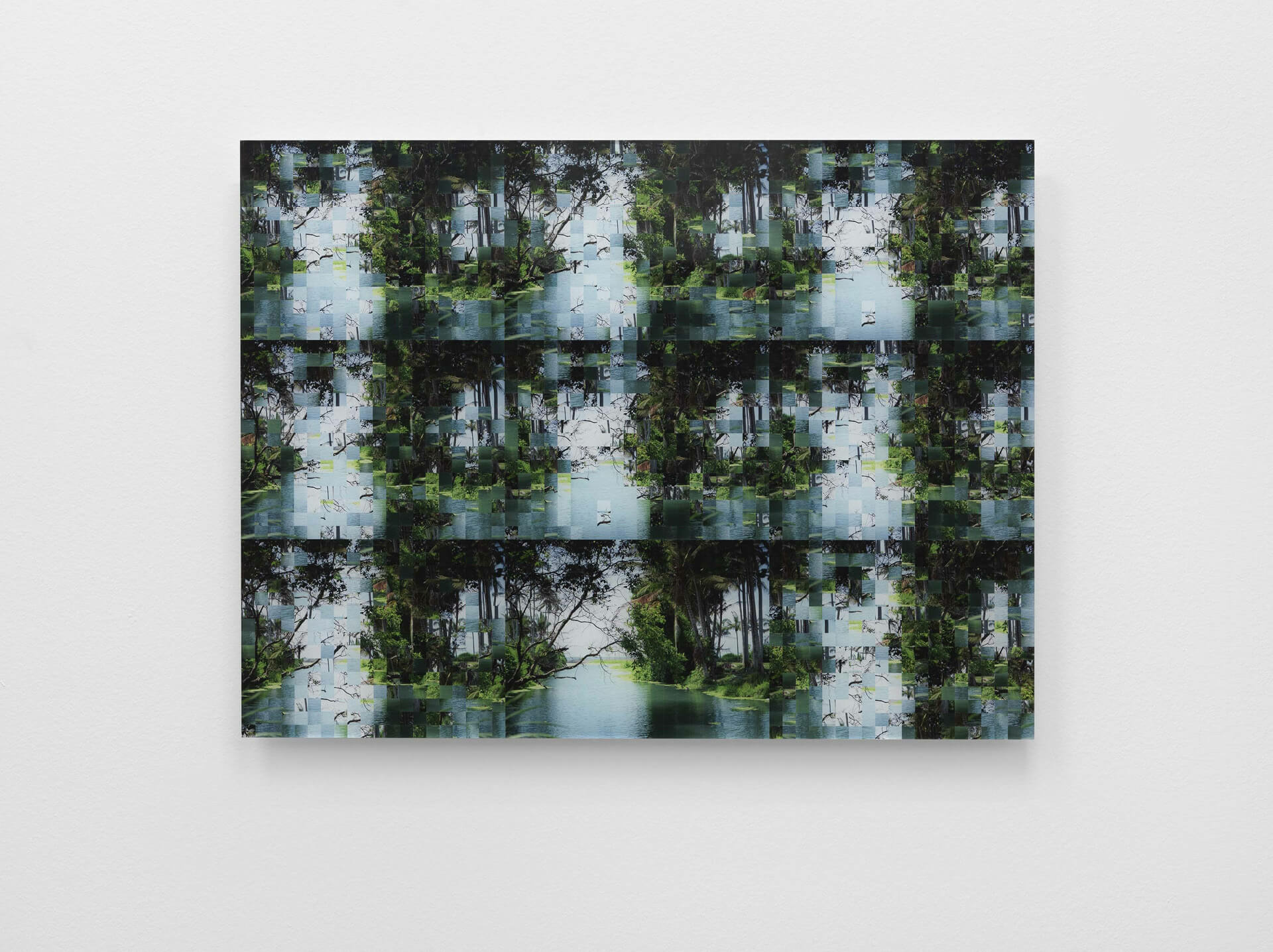 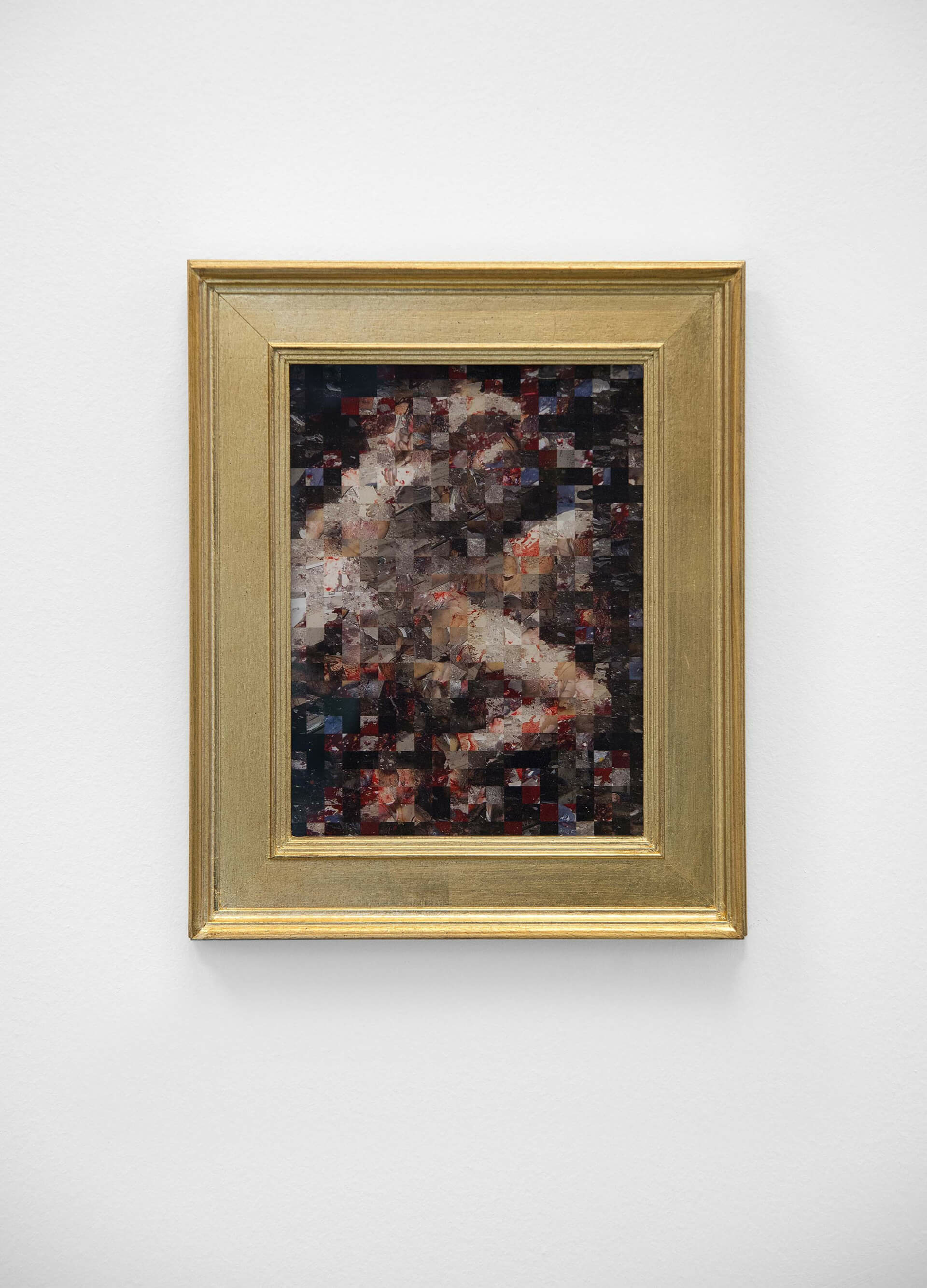 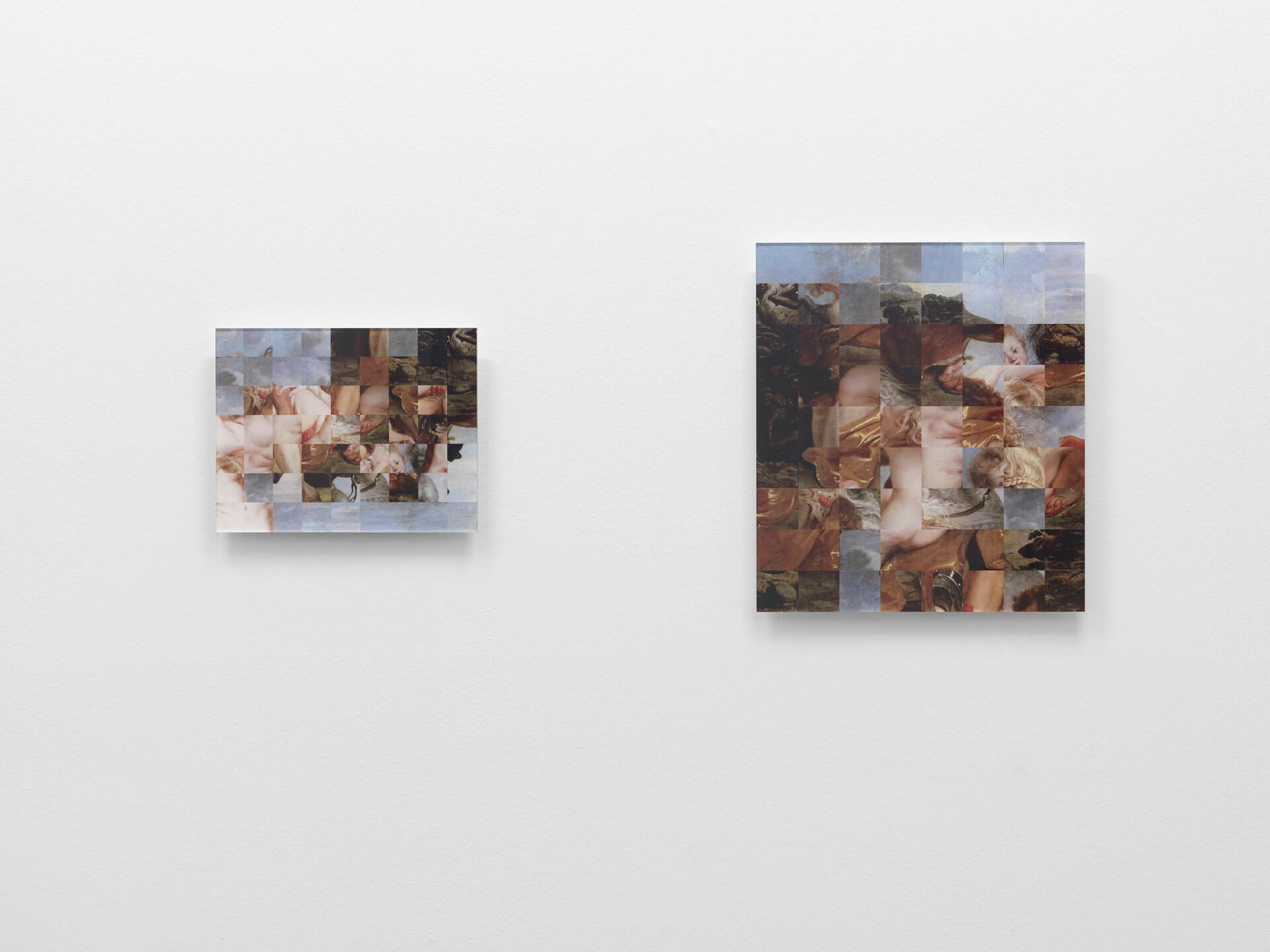 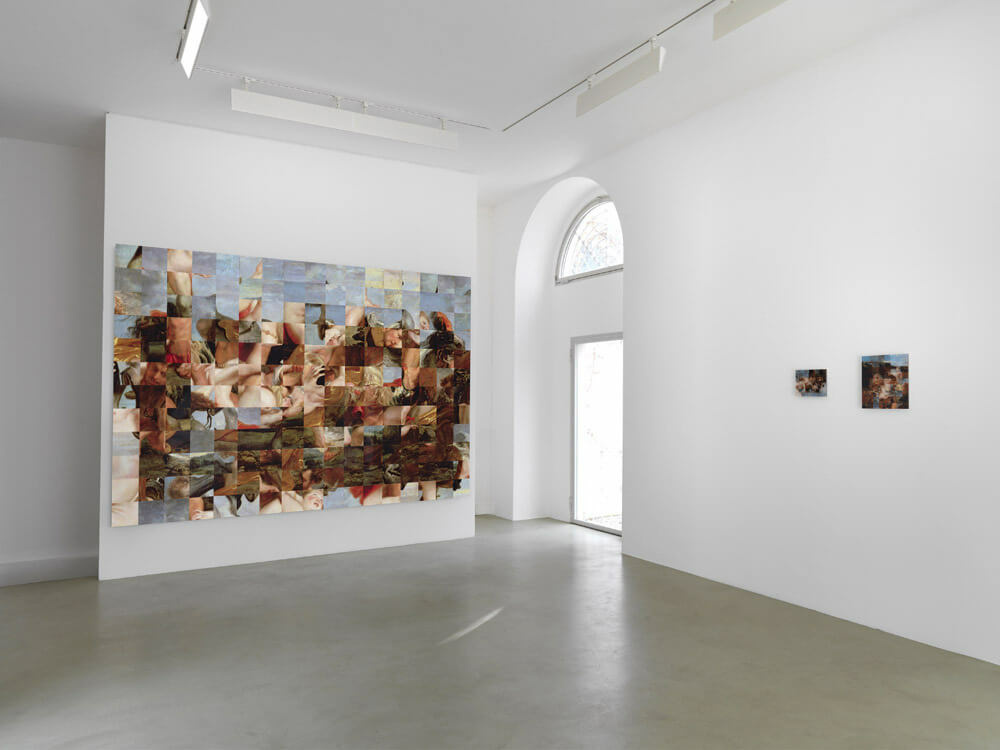 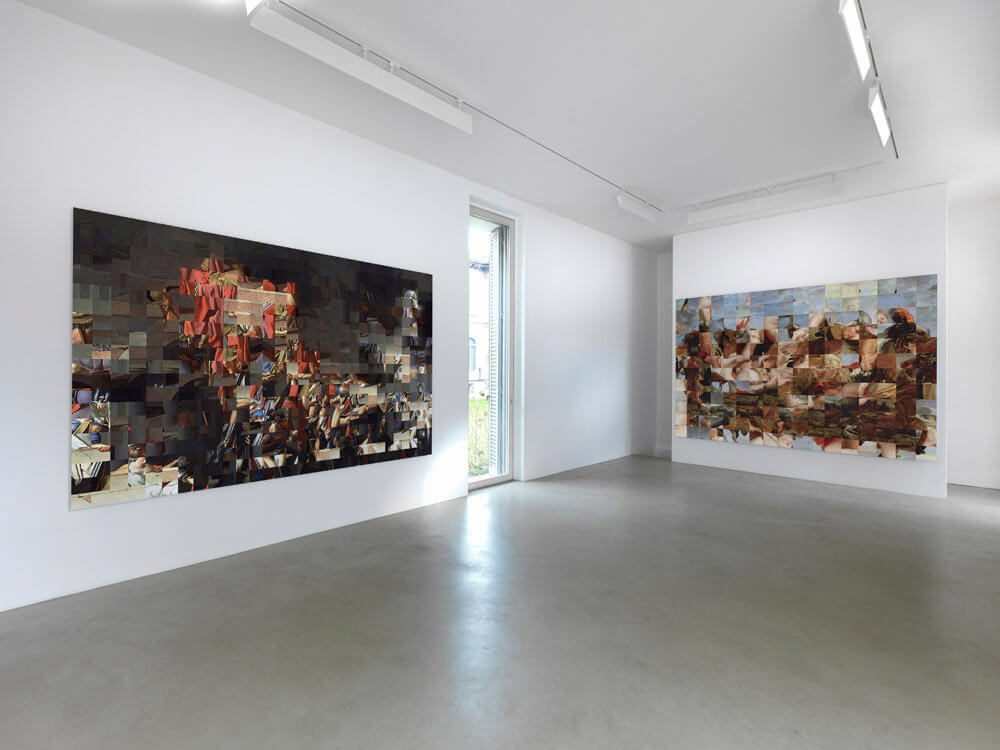 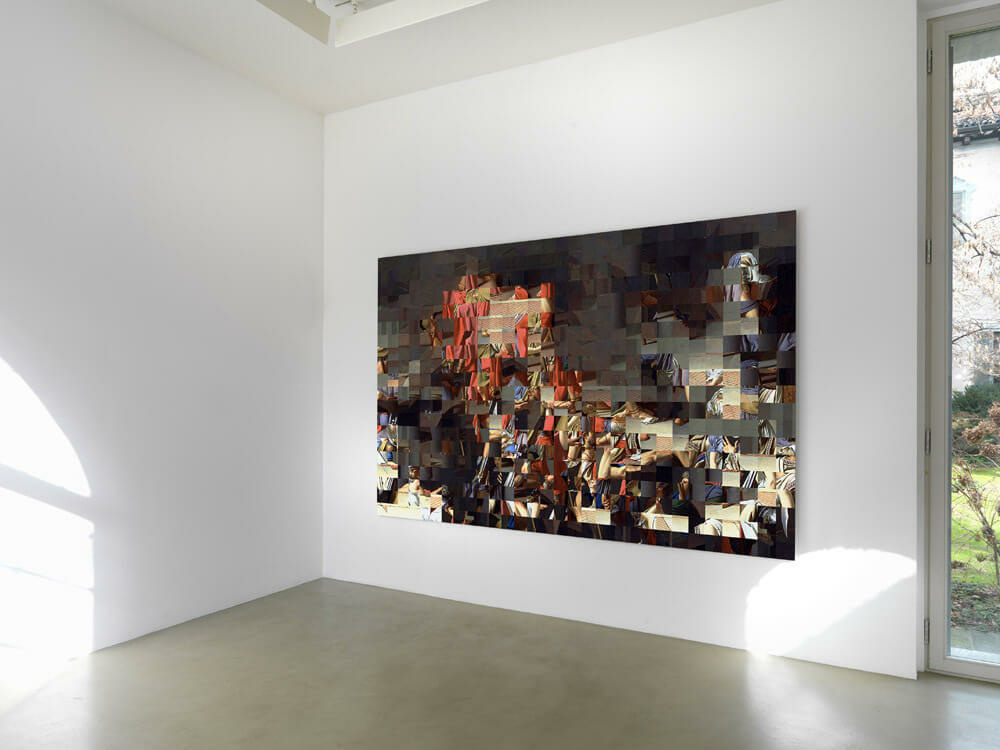 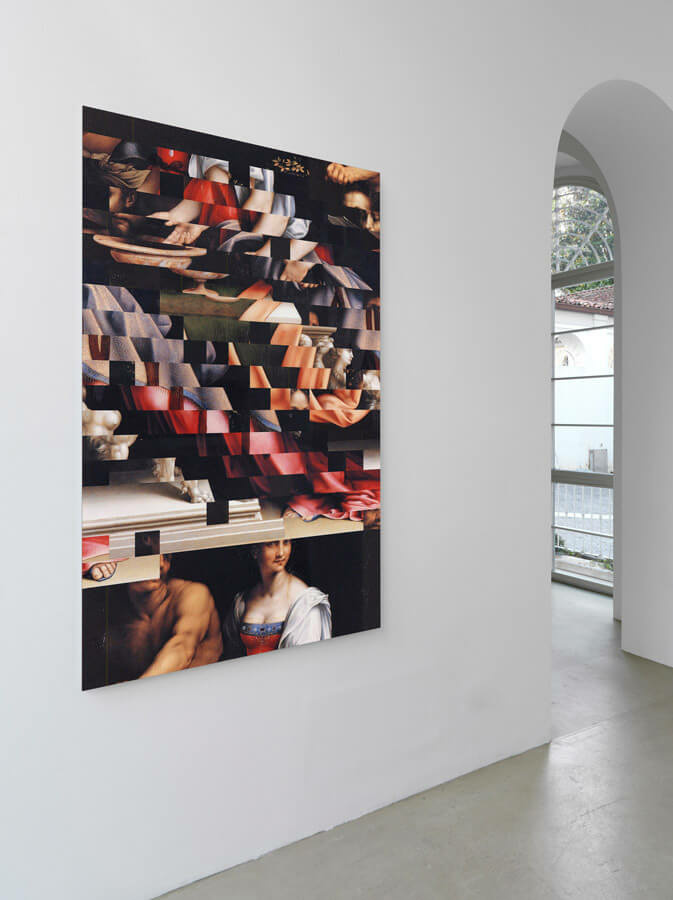 “My work is often a three-way negotiation between myself, my immediate physical surroundings and what I receive – whether through the Internet, books, history or collective knowledge.” Rashid Rana, ArtReview, 2013

Working with multifaceted, multiplied imagery, Rashid Rana splits the visible universe apart in order to remake it anew. In sculpture, video and photographic prints, Rana transforms snapshots of shop signs in Lahore into abstracted cityscapes or renders reproductions of Old Master paintings as digital fields of colour. Utilising the grid structure, the artist has recently begun to rearrange famous paintings such as The Rape of the Daughters of Leucippus (1618) by Peter Paul Rubens and the Oath of the Horatii (1786) by Jacques Louis-David, scrambling these famous compositions into pixelated and codified puzzles.

Rana’s splicing and stitching technique can be carnal and violent, as in this ongoing series of brutally lacerated and reassembled Baroque and Neo-classical paintings, collectively known as the Transliteration Series. For his first solo exhibition in Italy, Rana has also reflected the legacy of the surrounding city in his source material, choosing paintings by artists hailing from Milan, such as Andrea Solari and Cesare da Sesto. While the originals are held in the Louvre in Paris and the National Gallery in London, Rana symbolically returns the images to the source of their creators, albeit visually distorted and temporally displaced in the process. Rana complicates and realigns such divided notions as figuration and abstraction, manipulation and reality, but also succeeds in knocking the world off its axis and transcending both traditional and technological means of communication.