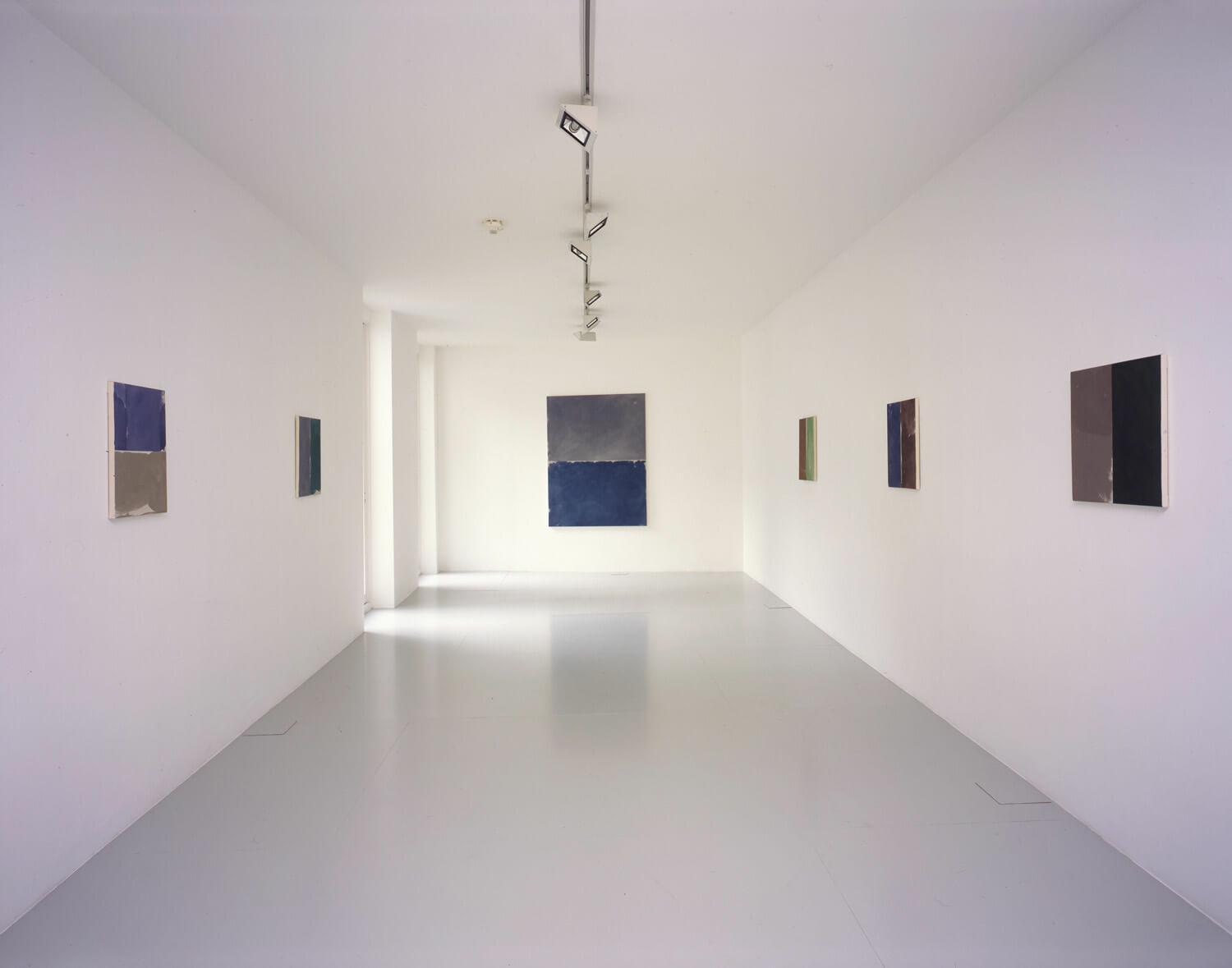 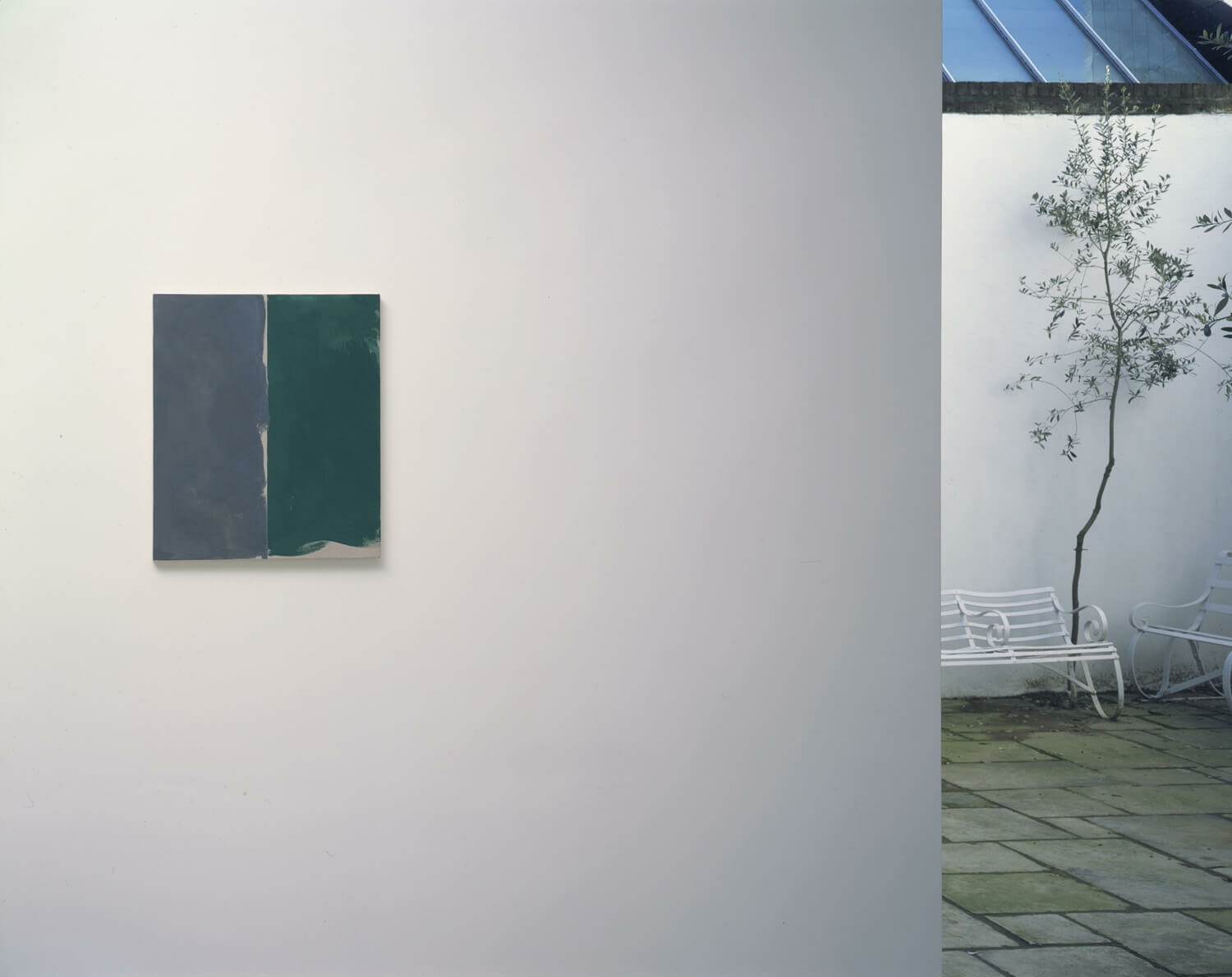 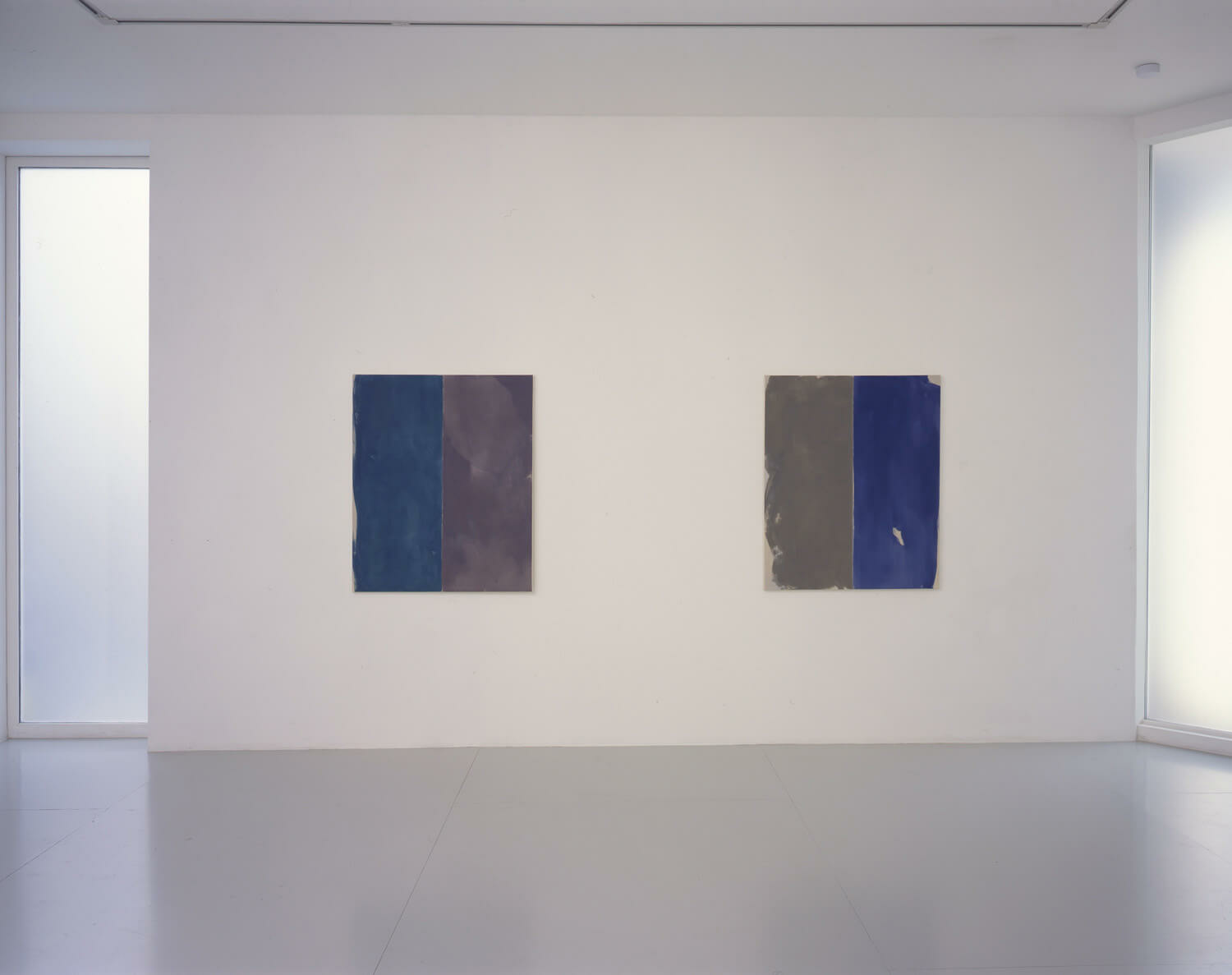 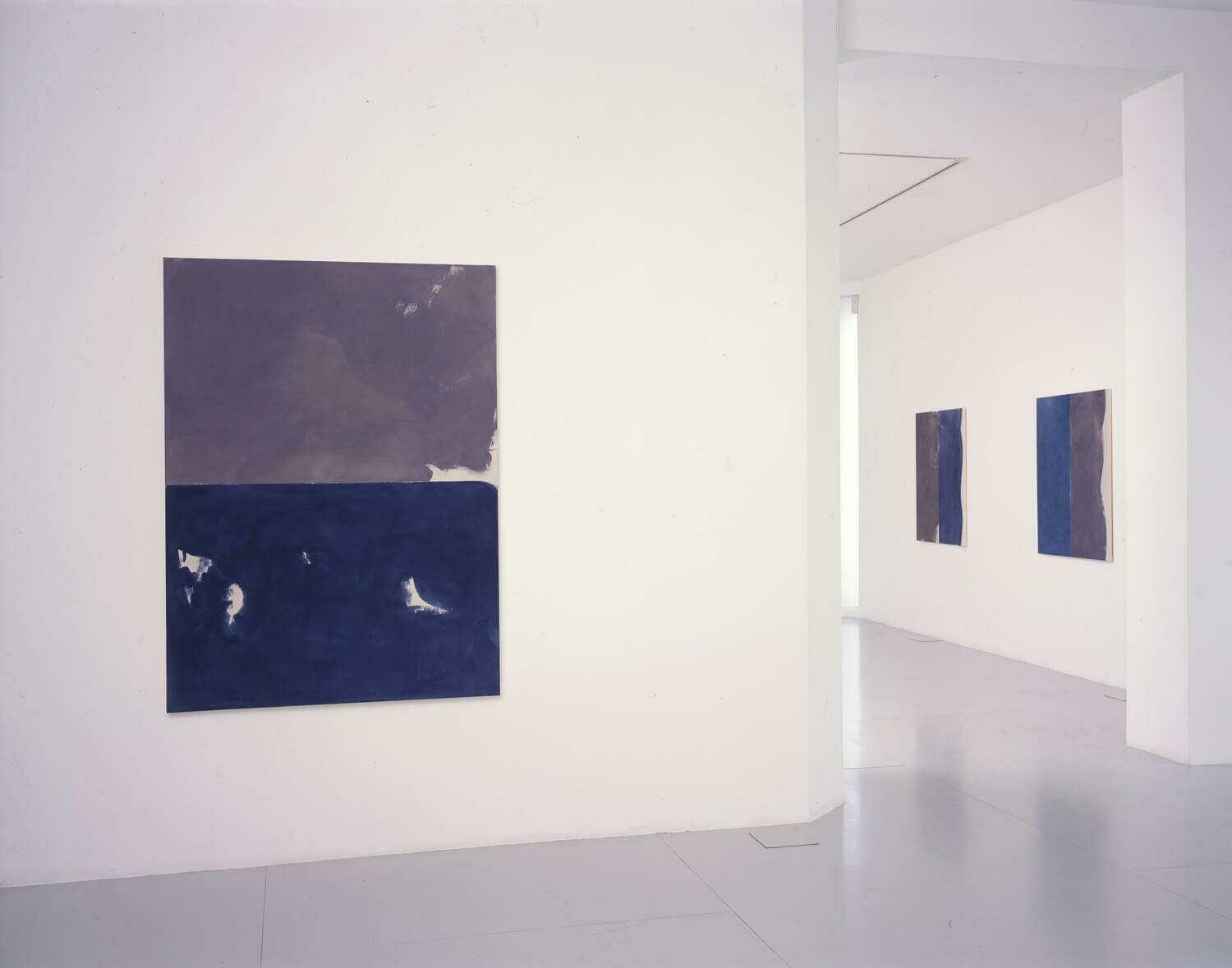 For Watteau... “composition is not either order or a rigid system, but a process unfolding, as it were, before the viewers eyes, somewhat like the development of melody.”

Born in 1929 Joseph is the only artist to have shown with Lisson Gallery since it opened in the 1960s. Now, at 77, Peter Joseph re-invents himself with this new body of work.

Known for his two-colour, tonal canvases of precise, carefully considered hues, Joseph’s work historically exists within self-imposed, specific structures and parameters - the effect being one of unlimited freedom confined within the ‘safety’ of a framed construct. While these new paintings retain all of the characteristics expected of a Joseph painting, where once the sense of freedom was confined within boundaries, there is a now a shift into compositional improvisation, creating a new sense of freedom that exists outside of the geometry or ‘architecture’ of his earlier work.

Not only does Peter Joseph not consider himself a minimalist artist, he sites early Venetian and Florentine painting as influences and subscribes to a methodology usually associated with that of Renaissance painters. Regarding himself as a classicist, he intends that his paintings, which should be seen as they were painted, in natural light, be ‘absorbed’ rather than viewed or analysed. Intrinsically ‘experiential’ they emphasise a time-based sensibility and through the tonality of his colours evoke a sense of melody and rhythmic harmony.

An intuitive painter, Joseph has few contemporary affinities, among them are Rothko and Barnet Newman, whom he uniquely credits with evoking an emotional space within their work. As Joseph himself observed, “A painting must generate feeling otherwise it is dead...The aspiration is to find that moment when feeling is not just emotional expression, but is transformed into a value.”