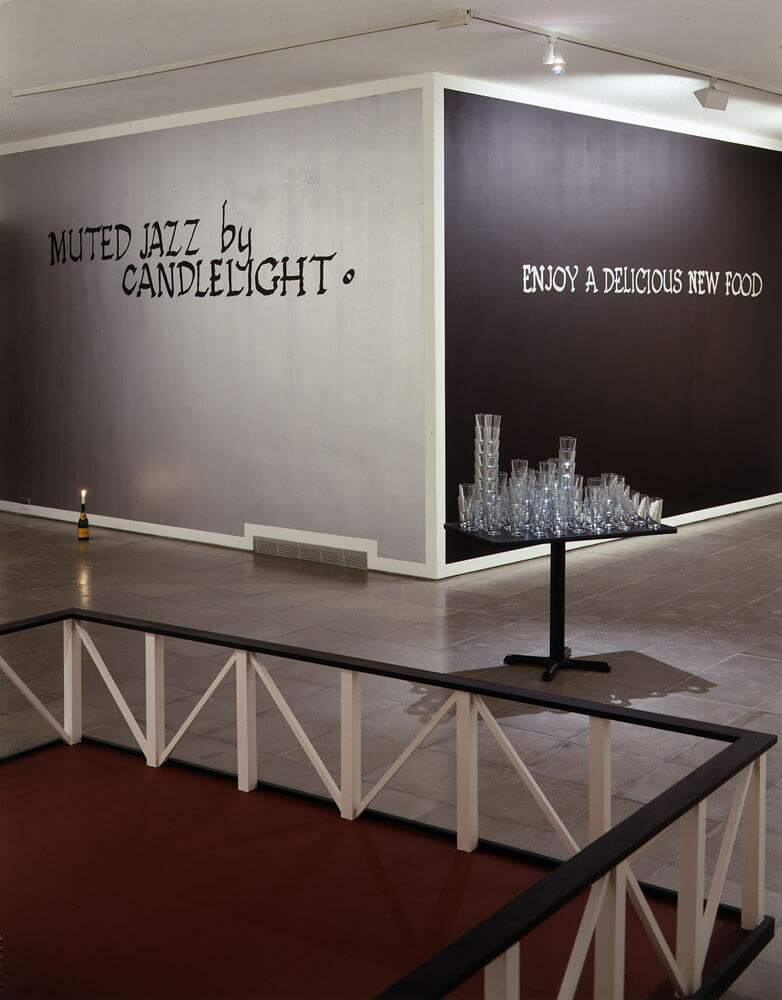 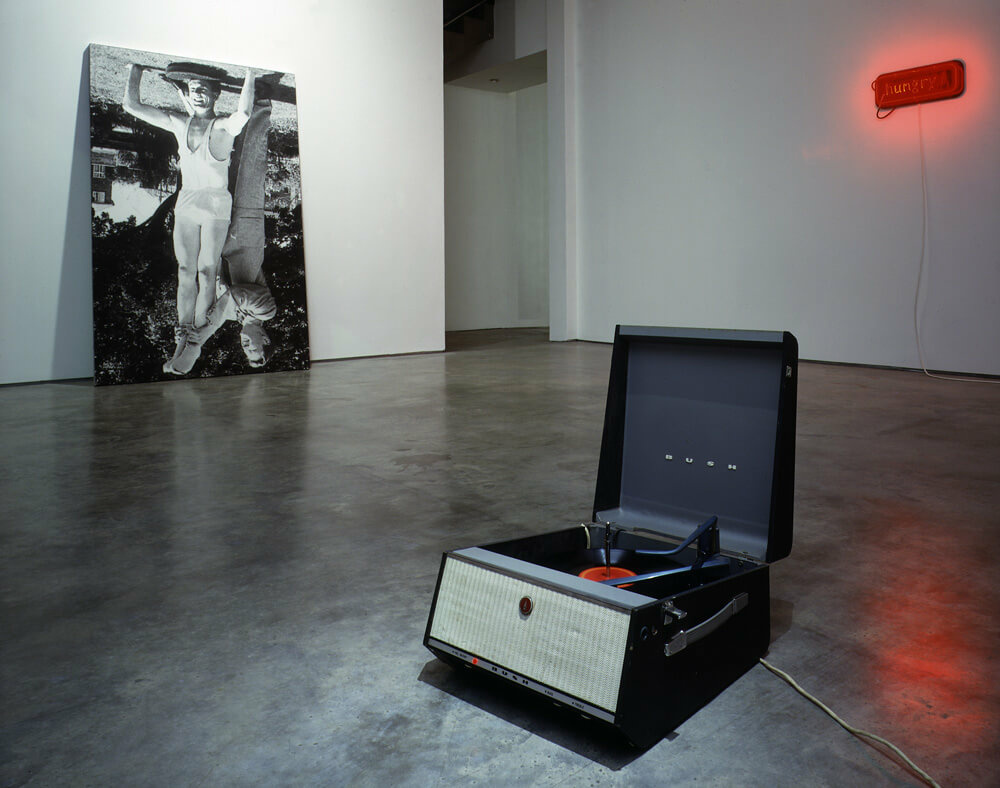 From installation to painting, performance to photography, the work of Jonathan Monk does not conform to one instantly recognisable visual style. Personal memories and anecdotal references to art history form a network of cross references which challenge the notions of genius and purity in modern art. The diversity of allusion playfully demystifies the creative process and suggests alternative models for how art and the role of the artist can be interpreted. When drawing upon episodes in the history of modern art, Monk comments upon the myths of innovation and originality and undermines the idea of artistic authority. In the None of the buildings on Sunset Strip we see the artist reenacting Ed Ruscha’s walk down that street in 36 photographs. Monk subverts the journey, turning his attention to side roads, and makes a humorous comment upon the self referential imagination of modern art. Monk disputes the concept of artistic genius by placing fine art in the context of the ordinary.

In Between my mother and my sister the journey between his mother’s and sister’s houses is documented in 48 photographs together with the Automobile Association’s instructions describing the simplest route, creating a candid comparison between everyday life and conceptual art.

Right Time/Wrong Place, four monochrome paintings made by Monk in his studio are shown together with four photographs taken by his friends at various locations at exactly the same time as the paintings were executed. The photographs are presented as reference and documentation for the act of painting, defying the ideology of the abstract monochrome which traditionally resists all forms of literary and anecdotal association. The distinction between the real and the fake is questioned. Do we believe that the photographs were taken at the same time as the paintings were made? Does it have any real significance? The often simultaneously heroic and banal circumstances of artistic creation are highlighted, and the relevance of myth and reality confused.

The slide show In Search for Gregory Peck adds an autobiographical dimension to his engagement with the past. The images were taken by his father in 1950’s America and show that there is also a sentimental sensibility towards what once was.

Presently based in Los Angeles, Jonathan Monk has exhibited extensively in Europe and America after graduating from Glasgow School of Art in 1991. Currently also showing in Bern this is his first solo exhibition at Lisson Gallery.