John Latham: THE LISSON GALLERY DOES NOT EXIST FOR 100 YEARS

John Latham: THE LISSON GALLERY DOES NOT EXIST FOR 100 YEARS 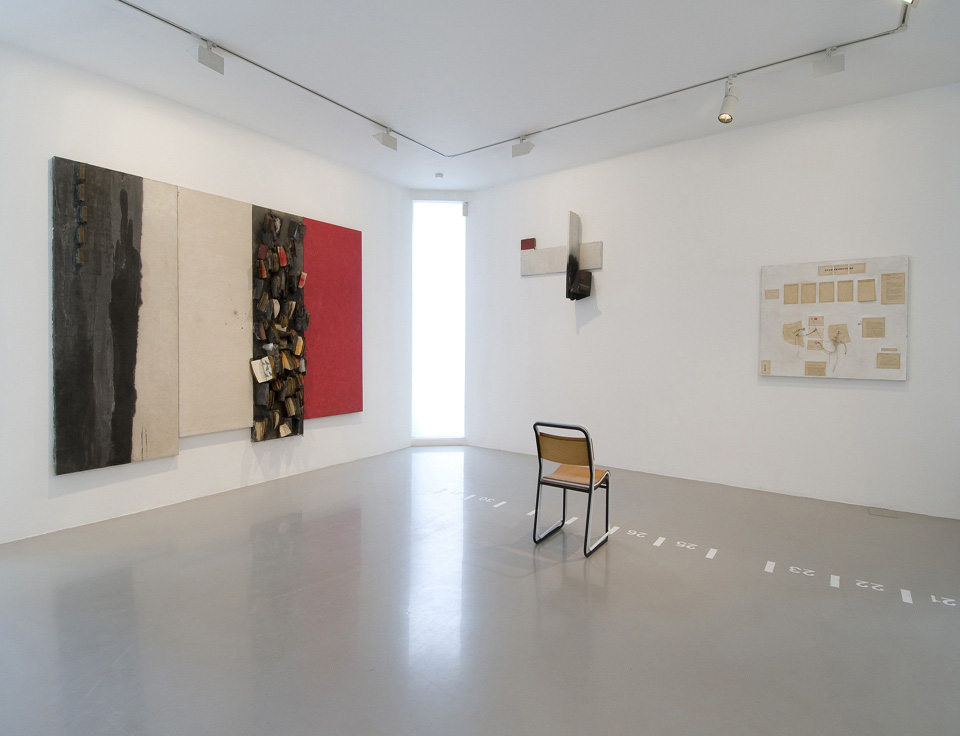 Forty years on from John Latham's first solo exhibition at Lisson Gallery in 1970, the gallery revisits works and actions from that seminal show in the wider context of the artist's work through the 1970s, a period of extraordinary innovation, productivity and influence.

The work Latham made during this decade, beginning with the Lisson show, confirmed his position at the forefront of the new conceptual and event-based artistic practices. Through the diverse work he was producing in sculpture, film, painting, text, and performance, he also began to distil his 'Time-Base Theorem'. At the heart of the theory is a scale or spectrum, a cosmological system for understanding all phenomena - physical and metaphysical - in terms of time and event. The current exhibition attempts a physical embodiment of Latham's concept of the Time-Base spectrum within the landscape of the gallery, from the smallest measurable event to the greatest.

In 1970, a motorcycle escort transported Latham's glass sphere work Least Event as a Habit through central London to Bell Street. This incredibly fragile object, constructed from one glass vacuum inside another larger glass vacuum, was so minimal as an object as to be almost nothing - a 'not nothing', no 'it', or 'noit' in Latham's terminology - and it embodied Latham's concept of Least Event - an event of the least duration measurable in science. Least Event as a Habit survived its first perilous journey but not its second. The work has been refabricated for this exhibition.

During the course of the original exhibition, Latham's acclaimed film Encyclopedia Britannica Collections MoMA New York and Reina Sofia, Madrid), was being created as a performative, process-based art work. The operators (a role performed in 1970 by owner of the gallery Nicholas Logsdail and musician, writer and curator David Toop) diligently constructed the stop-frame animation, a frame per page of a volume of the Encyclopedia. Latham intended this as an ongoing process which is continued now after a short pause of forty years.

A section of Britannica is inserted into another of Latham's films, Erth (1971), a dramatic countdown through time and space to the surface of the earth. In this exhibition, Erth is the counterpoint to the Least Event, standing in for the cosmos, the longest event defined by the time-base spectrum. Between these extremes, the performance The Government of the First and Thirteenth Chair, first presented at Riverside Studios in 1978, provides a physical framework for the exhibition, summarising the position of humanity within Latham's theory of event.

The title of the exhibition appeared as a Time Sculpture during Latham's first show at Lisson Gallery in 1970. During the third week of the exhibition the gallery manifested itself for short periods in other places than Bell street, including Fiona's shoe, The Stock Exchange and the Insect House at Regent's Park. These places and times were documented on film. 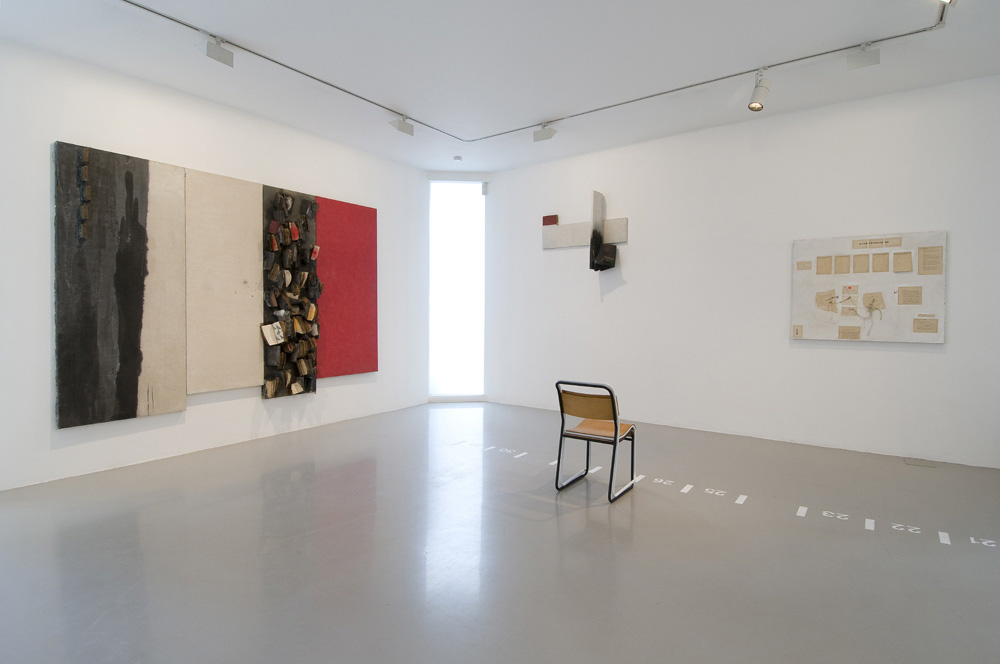 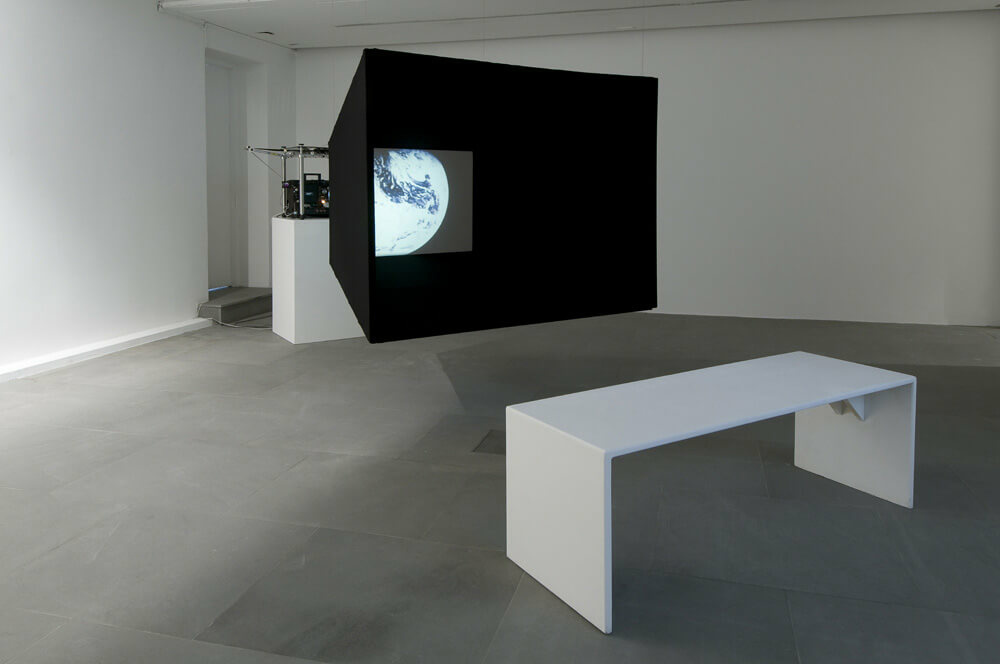 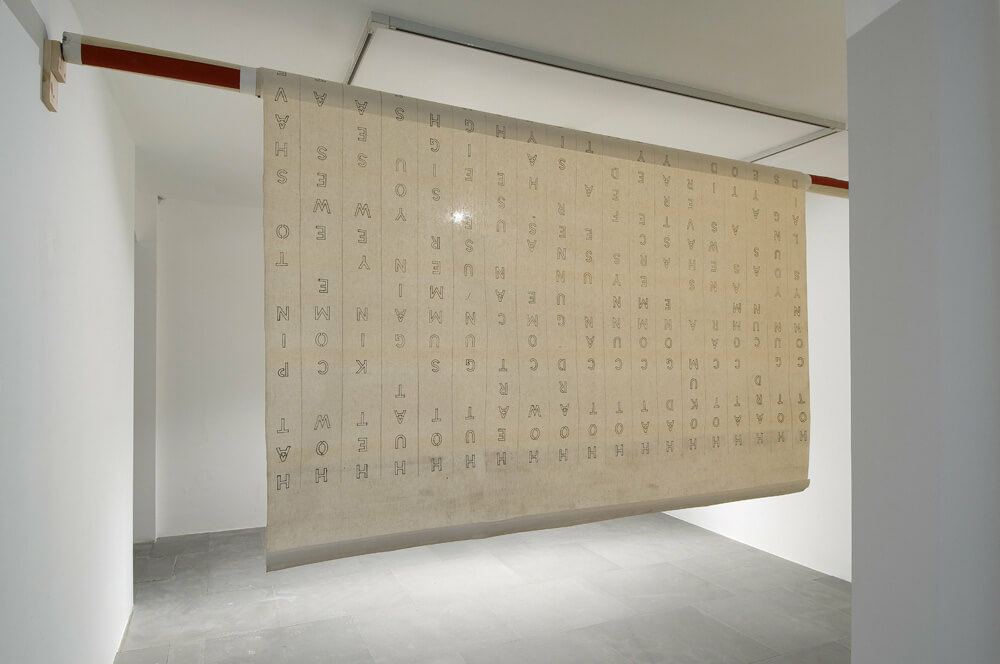 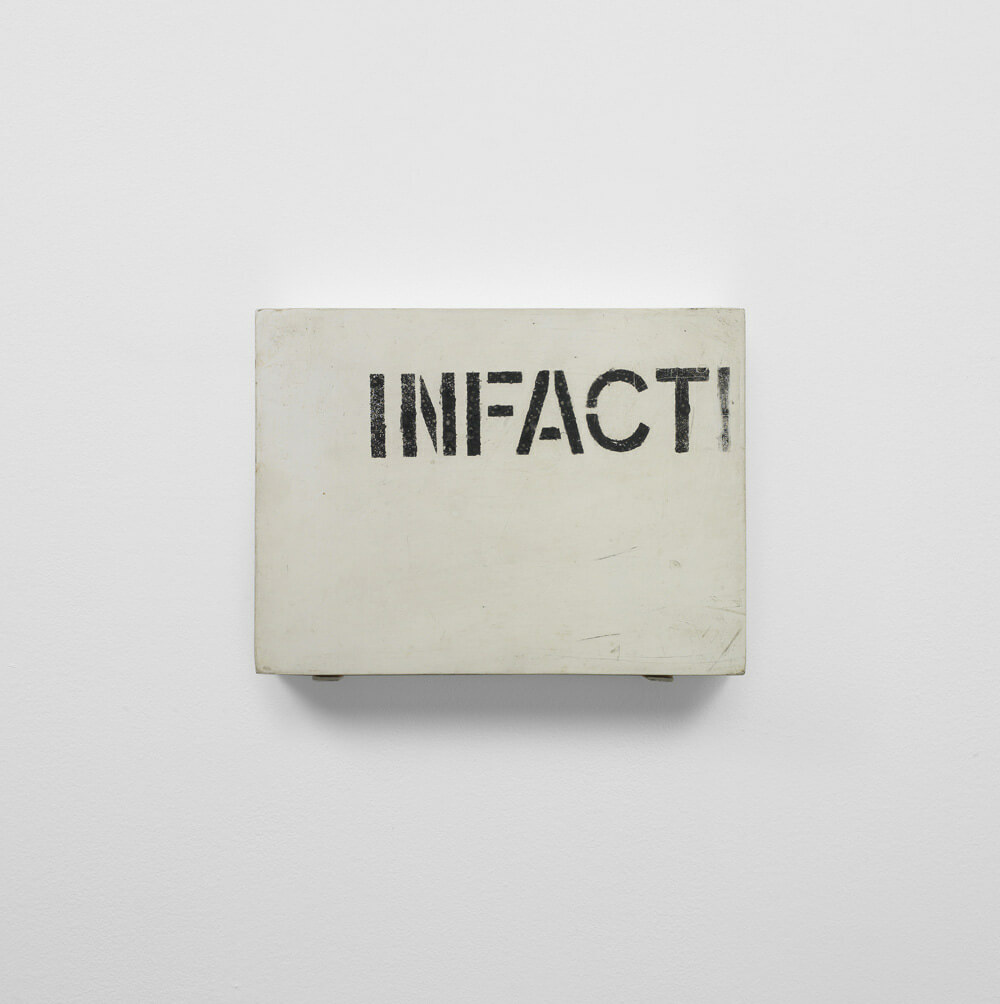 Ink on paint and board 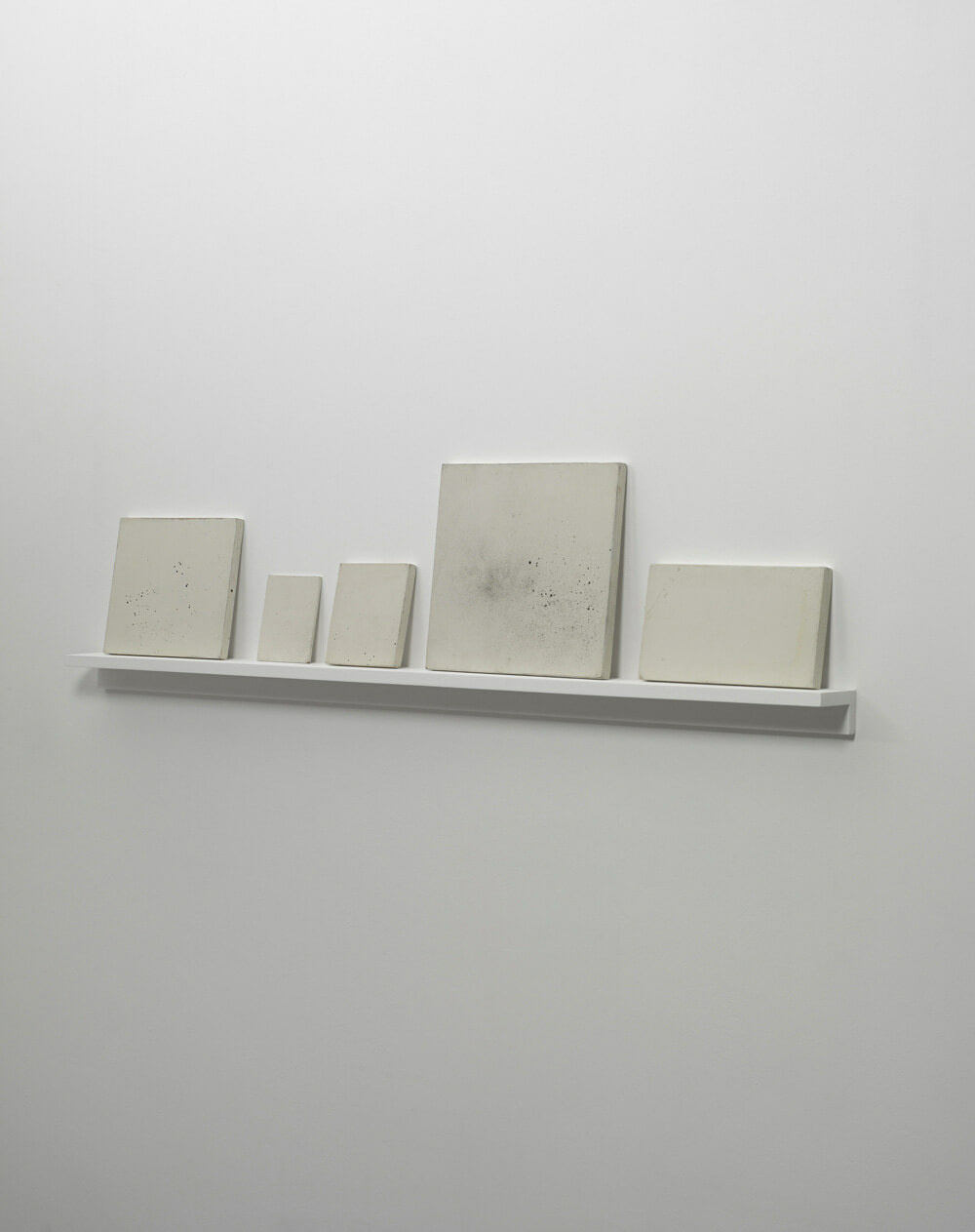 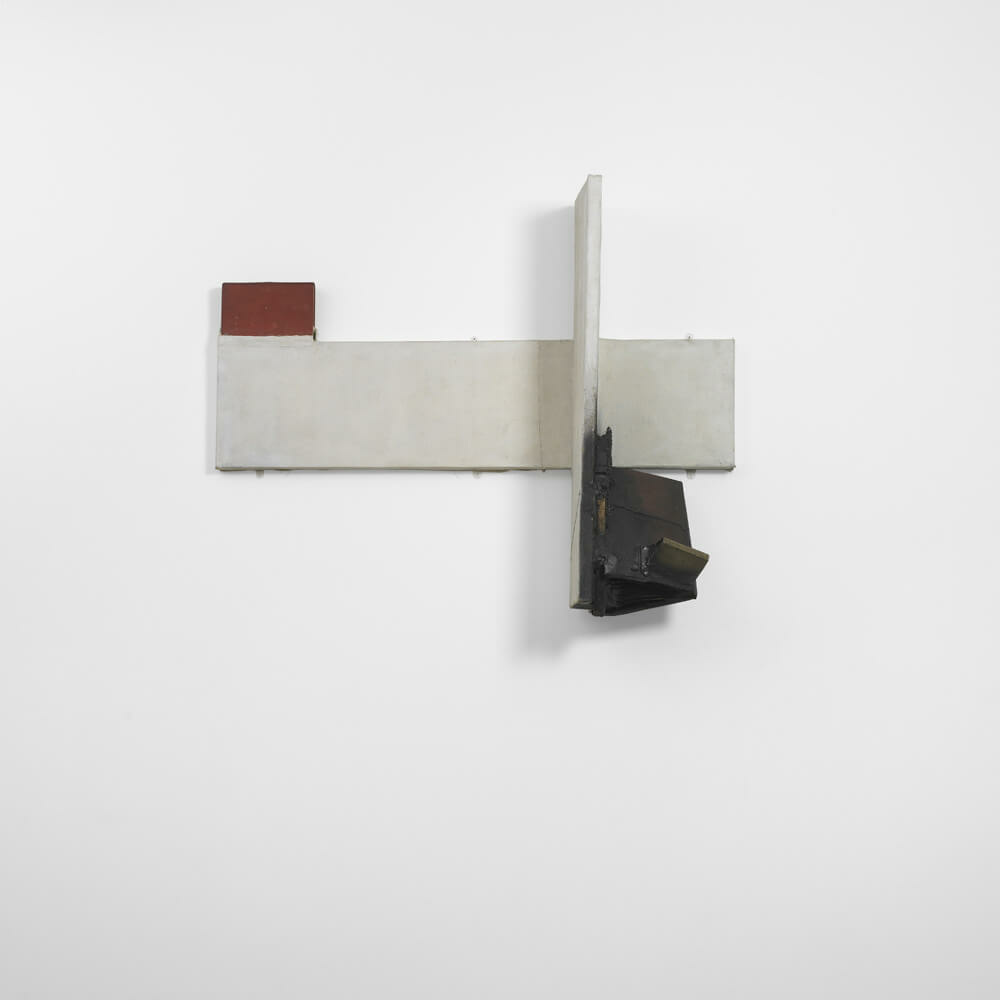 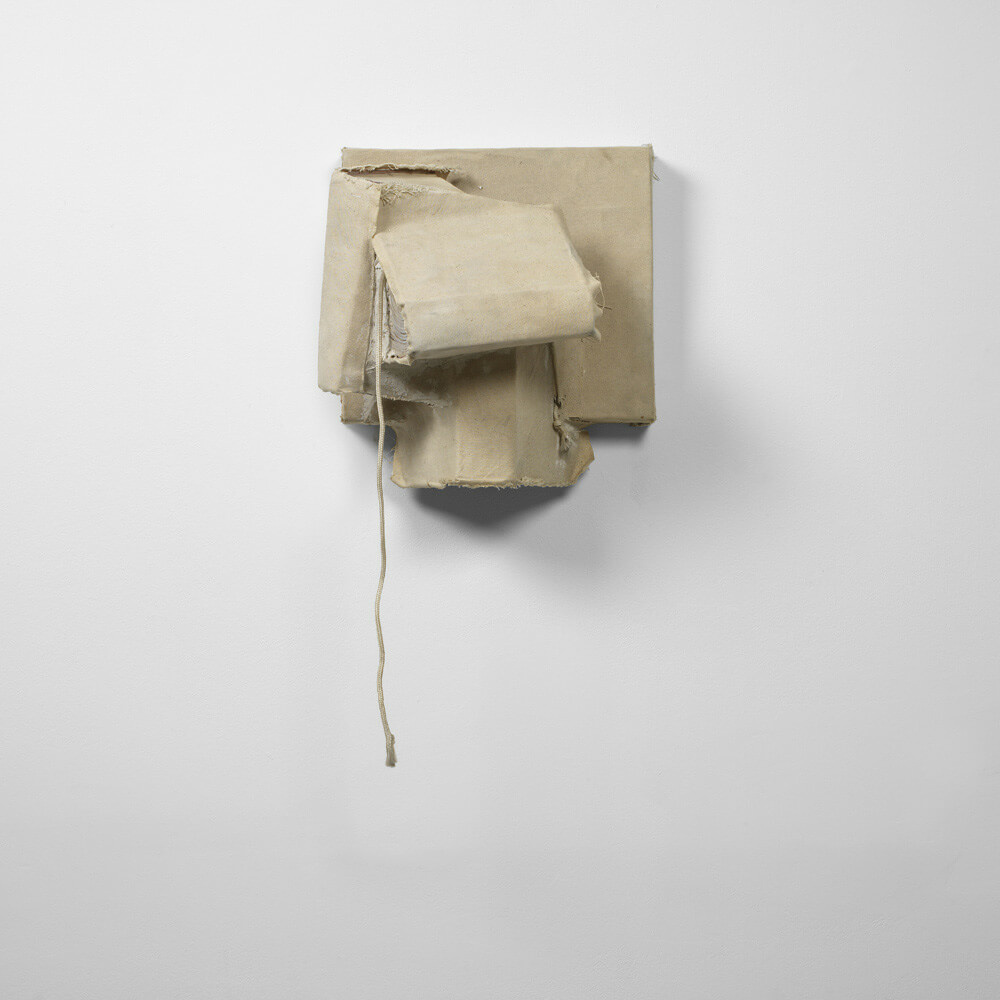 Canvas on books and wooden box, string and plaster