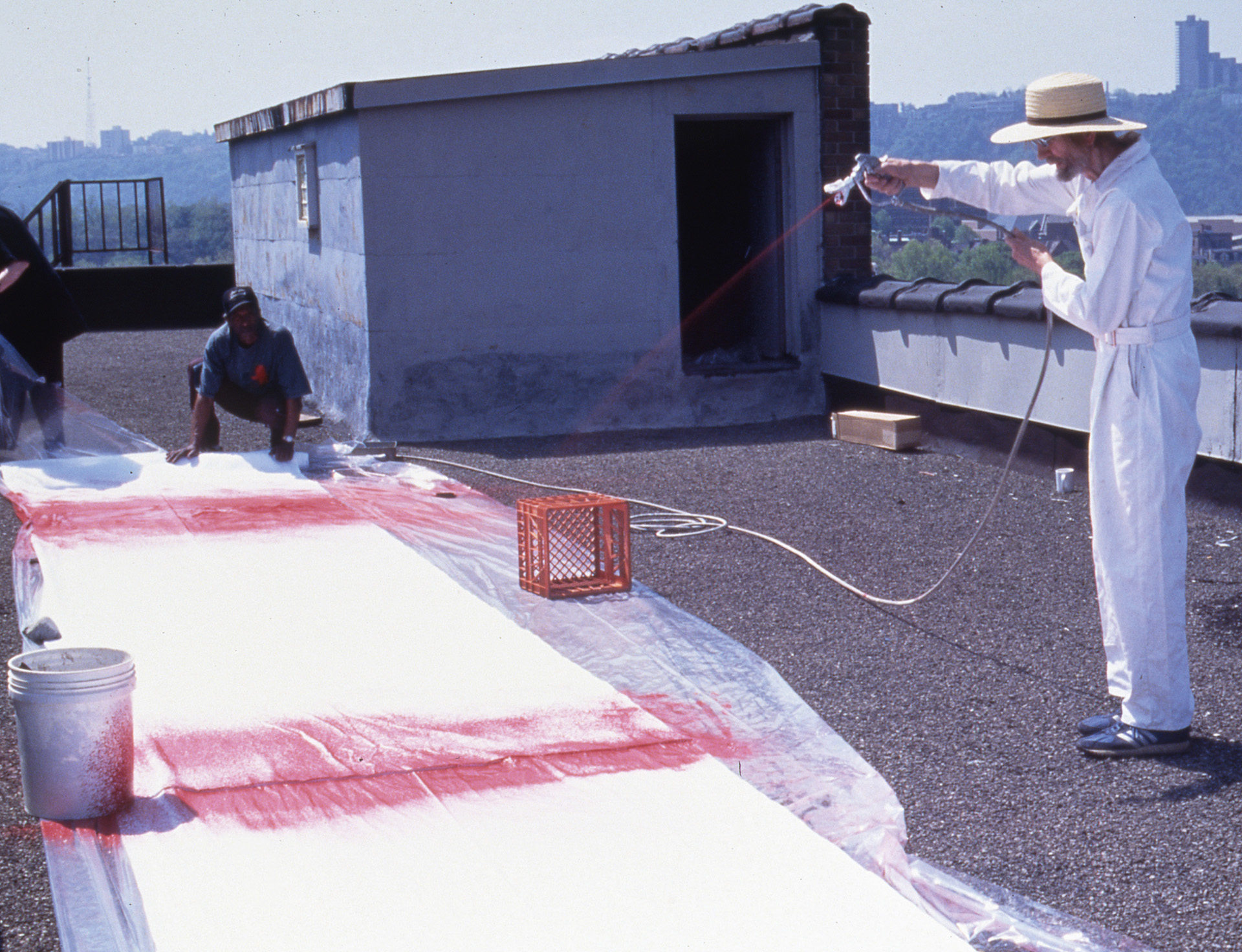 “No one has seen any point in shooting a spray gun on a white surface, but to my question it held a dizzy promise.” -- John Latham, 1968

A decade after his death, the visionary Conceptual artist John Latham (1921–2006) remains a vital force and influence. Coinciding with a trio of museum exhibitions that reveal his exceptional legacy, Lisson Gallery presents its seventh solo show of Latham’s work, focusing on an aspect of his practice that revolutionised the artist’s outlook: the spray painting.

Far more than just a medium, spray painting was a discovery that proved revelatory. Latham acquired a spray gun in 1954 from a local ironmonger shop and later that year executed his first piece with the device: a mural in the home of Clive Gregory and Anita Kohsen, two scientists whose concept of ‘psychophysical cosmology’ – a theory that aimed at unifying mind and matter – was to have a profound impact on the artist’s own philosophy. For Latham, the qualities of spray paint opened new approaches to form by breaking through the impasse contemporary painting had reached and allowing the convergence of art and science:  “It destroys the picture plane in a legitimate way where contemporaries were at such pains to establish that plane,” he later explained. “It is both abstract and referential in ‘image’. It has a variable time-scale where the orthodox approach was very limited; it is anti-scale, where contemporaries were obsessed with the effect of large-scale presentations; it can be ‘read’ in several ways, as, a mathematics and as a memory trace.”

The exhibition begins with a very early spray painting work, the monochrome Sleep (1955), in which a heterogeneous range of marks suggests a reclining female. Combining emulsion with spray painting and blending paint with chance, the piece oscillates between abstraction and figuration, its fluid form conveying feelings and traces. One of Latham’s later works, a ‘roller’ painting made in the mid-’60s, will also be on show – a large, delicate work which features faint bands of colour set among areas of empty space. Executed on unprimed canvas and attached to rollers, it differs from conventional painting by exploring the question of time: the near-invisible tiny dots made by the gun hover on the verge of existence, suggesting “a coming into being” when they accumulate with others; and by rolling the canvas up and down, Latham was able to make painting a temporal exercise in a process analogous to memory, aimed at exemplifying the experience of past, present and future.

Moreover, spray painting made it possible for Latham to assign various time-signatures to his paintings, mechanically making the effect of time visible (through the direct correlation between how long the trigger was held and the mark made). This idea was carried to its logical conclusion in the instantaneous Noit (One second Drawing) series he made in 1970, each piece created according to a set of instructions and presented together with a “time/operator” stamp recording the exact date and time of their production. In doing so, Latham restated as economically possible his conception of ‘least event’, describing the drawings as “the primitive event from which one could derive a picture of the world event…. It is the temporal just as much as the spatial that gives the mark significance.”

The exhibition will also include works that draw from Latham’s 1966 Niddrie series, which the artist created as part of an APG project in Scotland, where he designated derelict ‘bings’ – shale heaps from the early oil industry located between Edinburgh and Glasgow – as artworks. This theme later resurfaced in the 1990s as part of a series of works, three of which will be on display at Lisson Gallery. These works adopt the spray painting technique, staining both mounted and unmounted canvas in red, the colour of shale.

Latham’s influence on contemporary art is further explored in the exhibition ‘A Lesson in Sculpture with John Latham’ at the Henry Moore Institute, which presents his work in conversation with sixteen sculptures by artists working across the twentieth and twenty-first centuries (24 March – 19 June); and the group shows ‘KALEIDOSCOPE: The Indivisible Present’ at Modern Art Oxford (6 February – 16 April) and ‘Conceptual Art in Britain: 1964-1979’ at Tate Britain (12 April – 29 August). Before its closure later this year, Flat Time House will also present a series of exhibitions celebrating Latham’s legacy, including 'The Shift' (21 April – 29 May), a retrospective of Flat Time House’s activities over the past eight years. 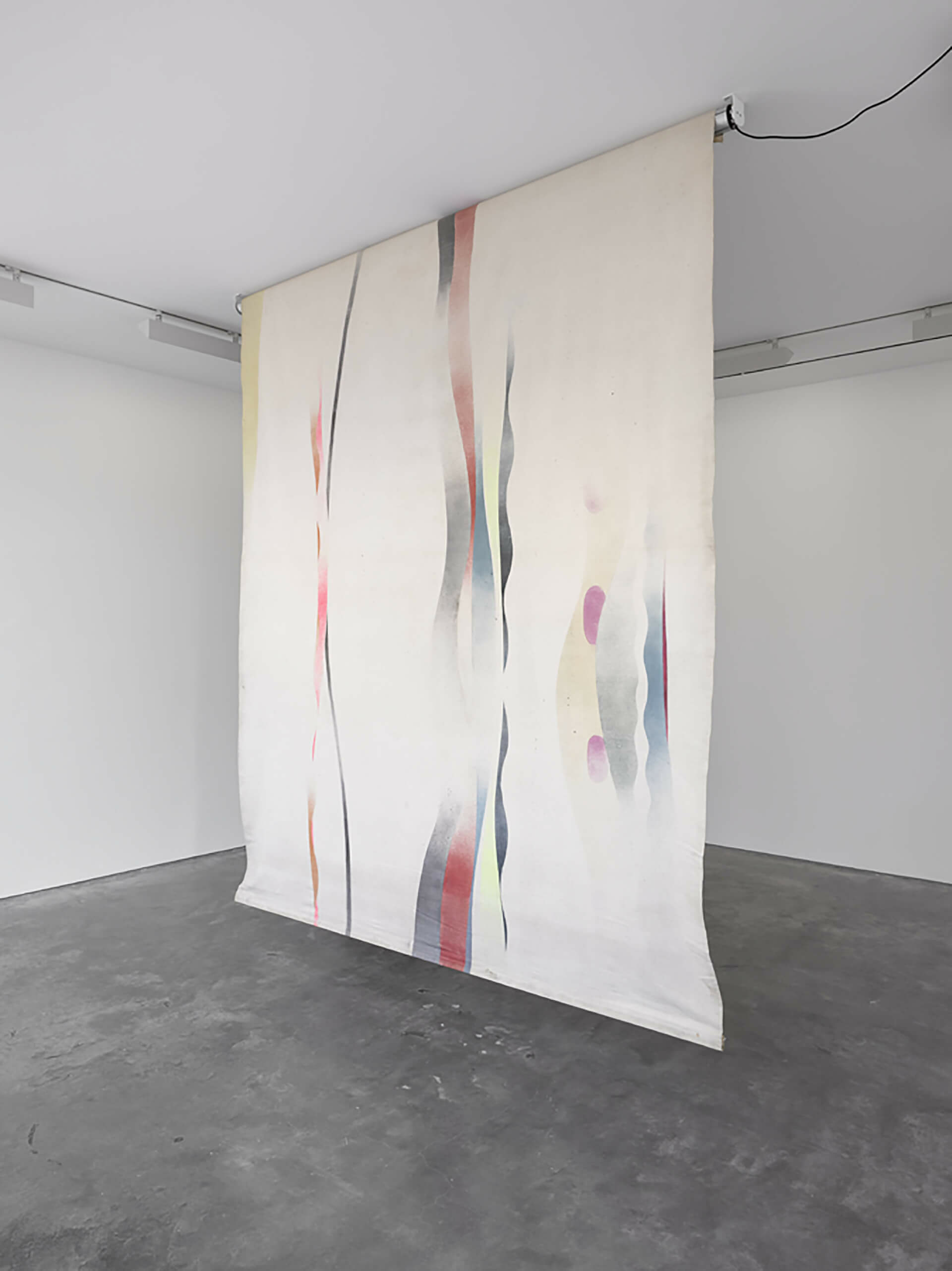 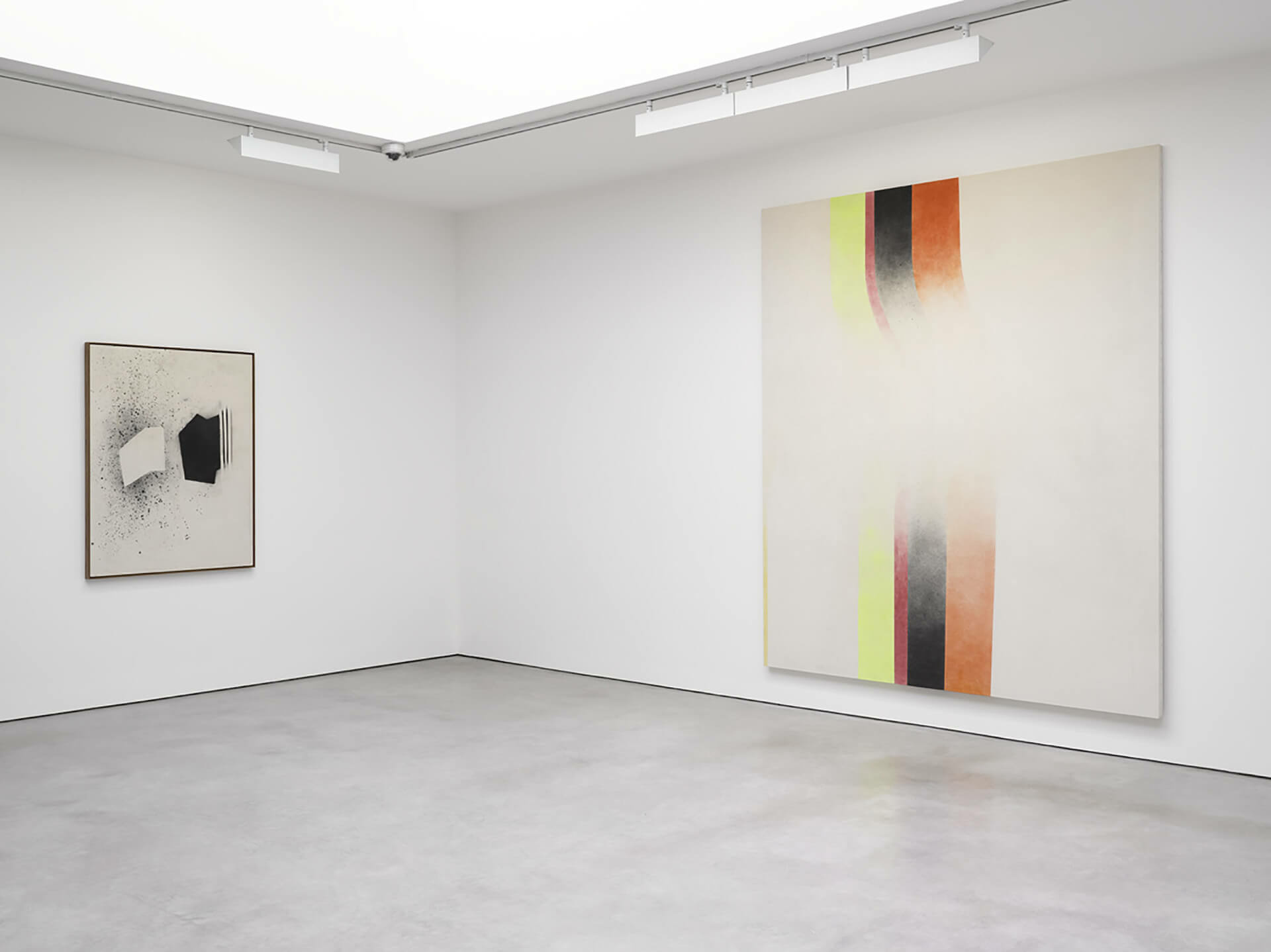 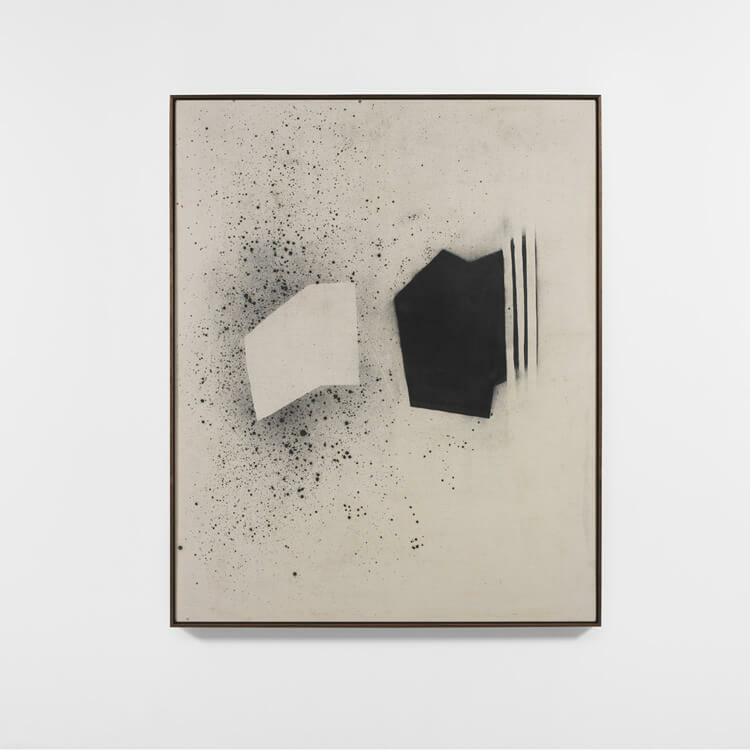 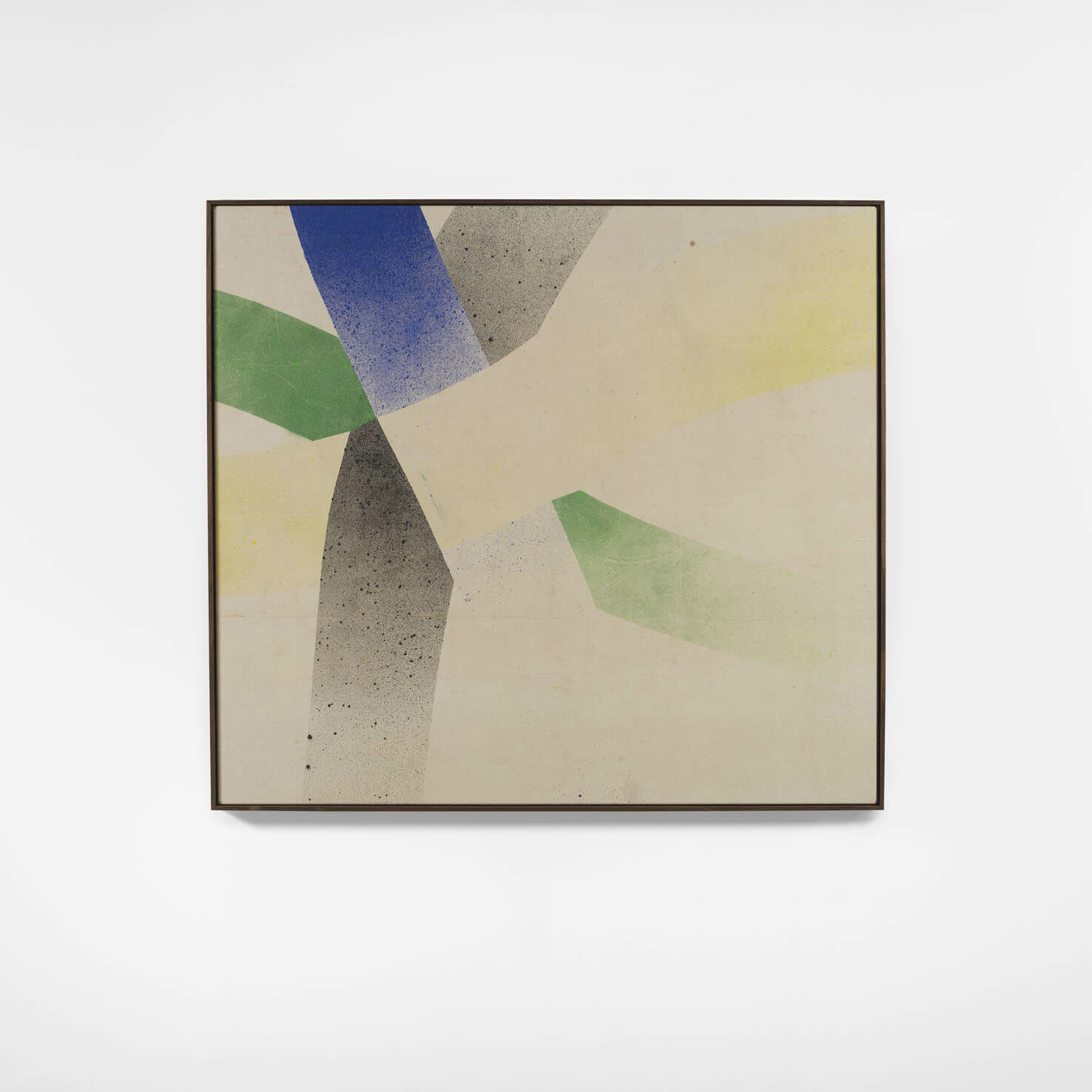 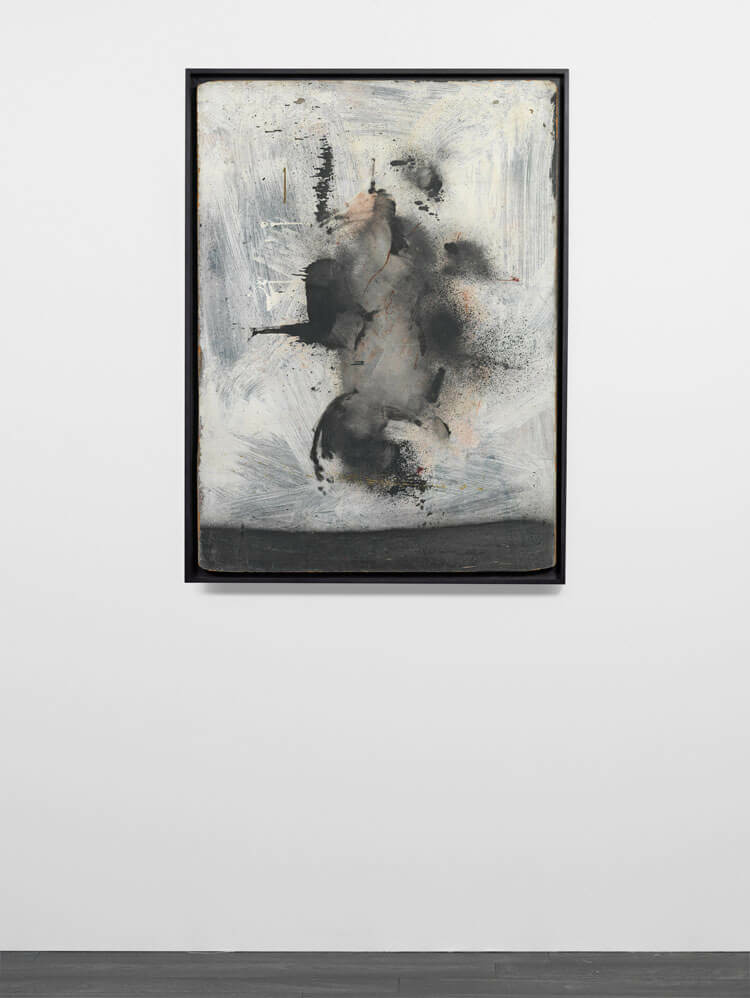 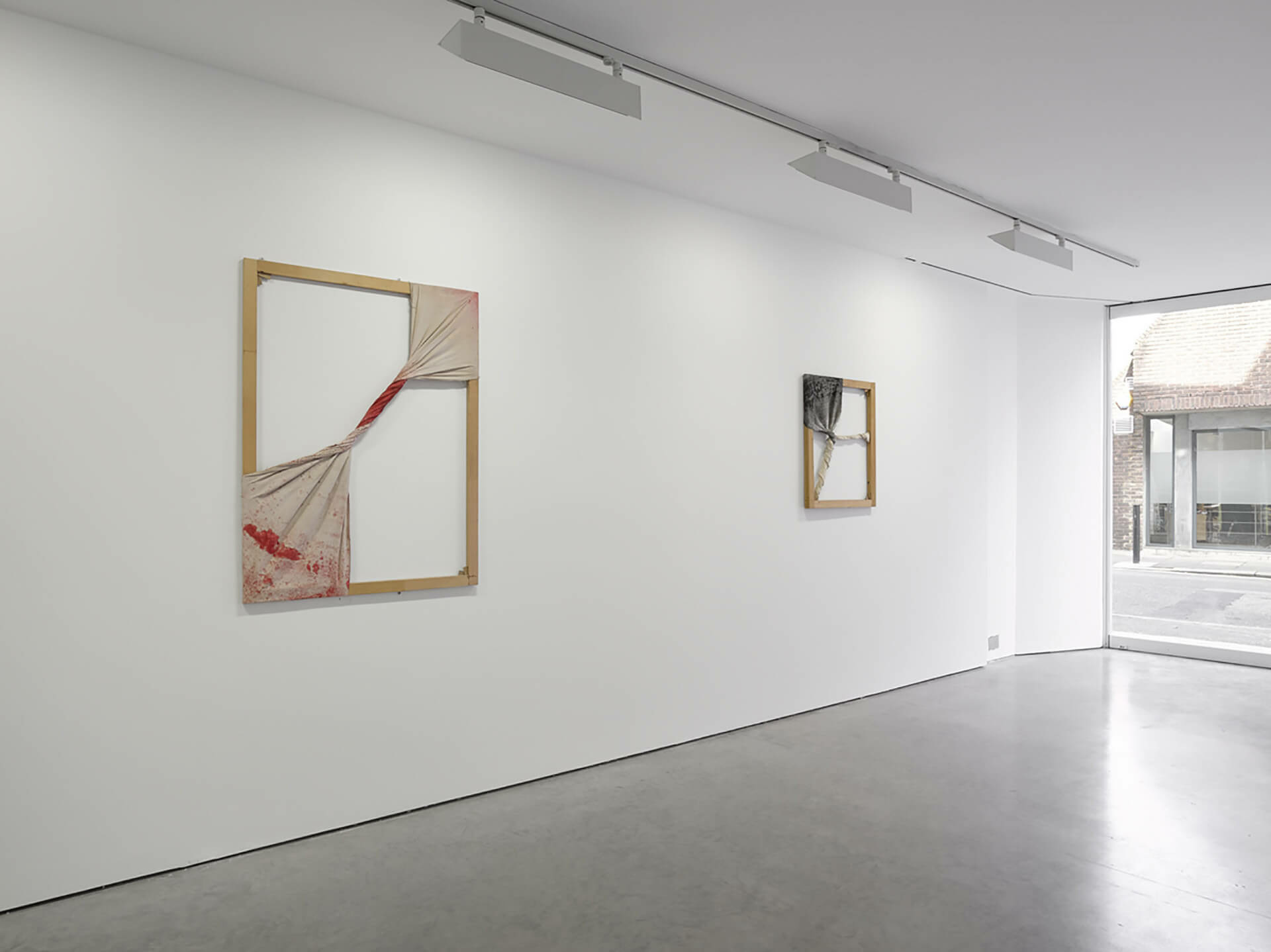 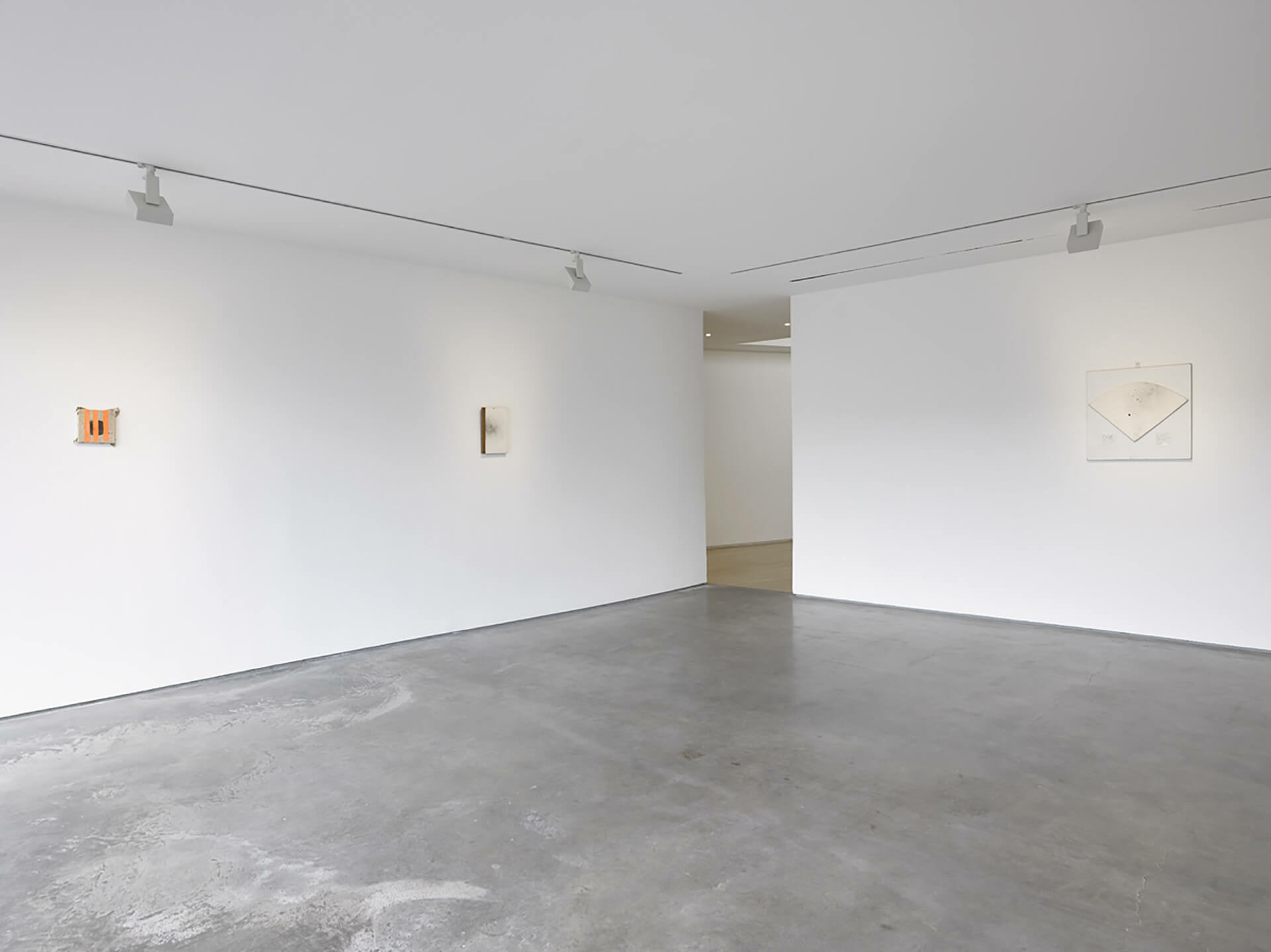