John Latham: God is Great and Belief Systems as Such 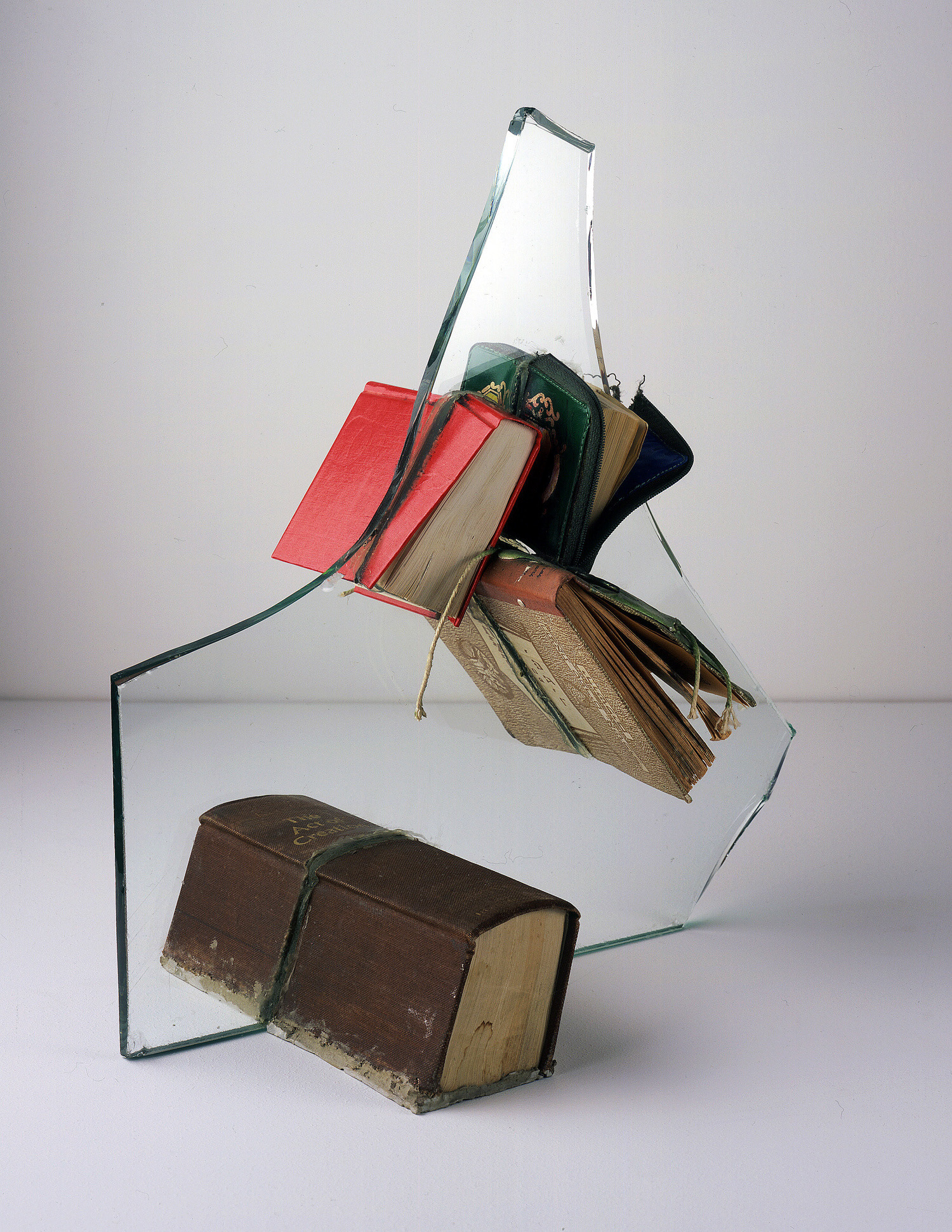 “The belief system is a rock-bottom source of non-negotiable problems of the day”.

Lisson Gallery is very excited to present the forthcoming exhibition of works by John Latham at the New Space. With God is Great and Belief Systems as Such, Lisson Gallery supports the beliefs of a major artist who has proven to be a visionary and independent thinker throughout the years since his first show at Lisson Gallery in 1969.

John Latham (b.1921) takes up a special place in Britain’s art history. He has been best known for his art activism of the sixties: burning the Encyclopedia Britannica (Skoob Tower Ceremony: National Encyclopedias, 1966) or chewing up and then distilling, the pages of Clement Greenberg’s standard work of art criticism, putting the resulting alcohol in a glass phial (Still and Chew/Art and Culture, 1966- 67, collection MOMA, New York).

Much less understood is Latham’s ongoing work reinterpreting notions of time, the universe and the place human beings take up in it. In 1954 Latham was the first painter to use spray paint as a sculptural unit. He realised that spray painting was not simply a mark of paint; it was a succession of nano-second accretions turning into a constellatory cloud. He still uses spray paint on canvas as an abstract of history, turning the canvas into a discrete, uniform, visible record of an evolving history.

In 1958, following this discovery and continuing to use spray-painting as a basis, Latham started working with books; making reliefs of books emerging from plaster on canvas. “The lines of print in books”, he says, “represent linear time within an omnipresent sculptural time (to read it takes time on the clock”). Around 1982, a glass panel came to replace the white surface of the canvas, proposing a new representational language where the book forms appear to be extruded from the glass. The glass represents an a-temporal and a-spatial continuum, from which the books extrude as temporal records of human history. They show the Human Being as what Latham describes as a ‘Reflective, Intuitive Organism’ within the long line of evolution.

The first ‘God is Great’ work was made in 1990. It united the three sacred texts of the great monotheistic religions: the Torah in Hebrew, the New Testament in English and the Qur’an in Arabic, within a single glass sculpture. In defining the three major religions as belonging to a single category of belief systems, Latham suggests that “we now have a framework from which all cultures have sprung and with reference to which any unresolved question can be discussed, if not finally resolved”.

The exhibition will include works from the series ‘God is Great’ from 1990 to the present day, as well as works made specifically for the show.

John Latham is represented in major museum collections including the Museum of Modern Art, New York and the Tate Gallery, London. There will be a major retrospective of his works at the Tate Britain opening in September 2005. John Latham lives and works in London.