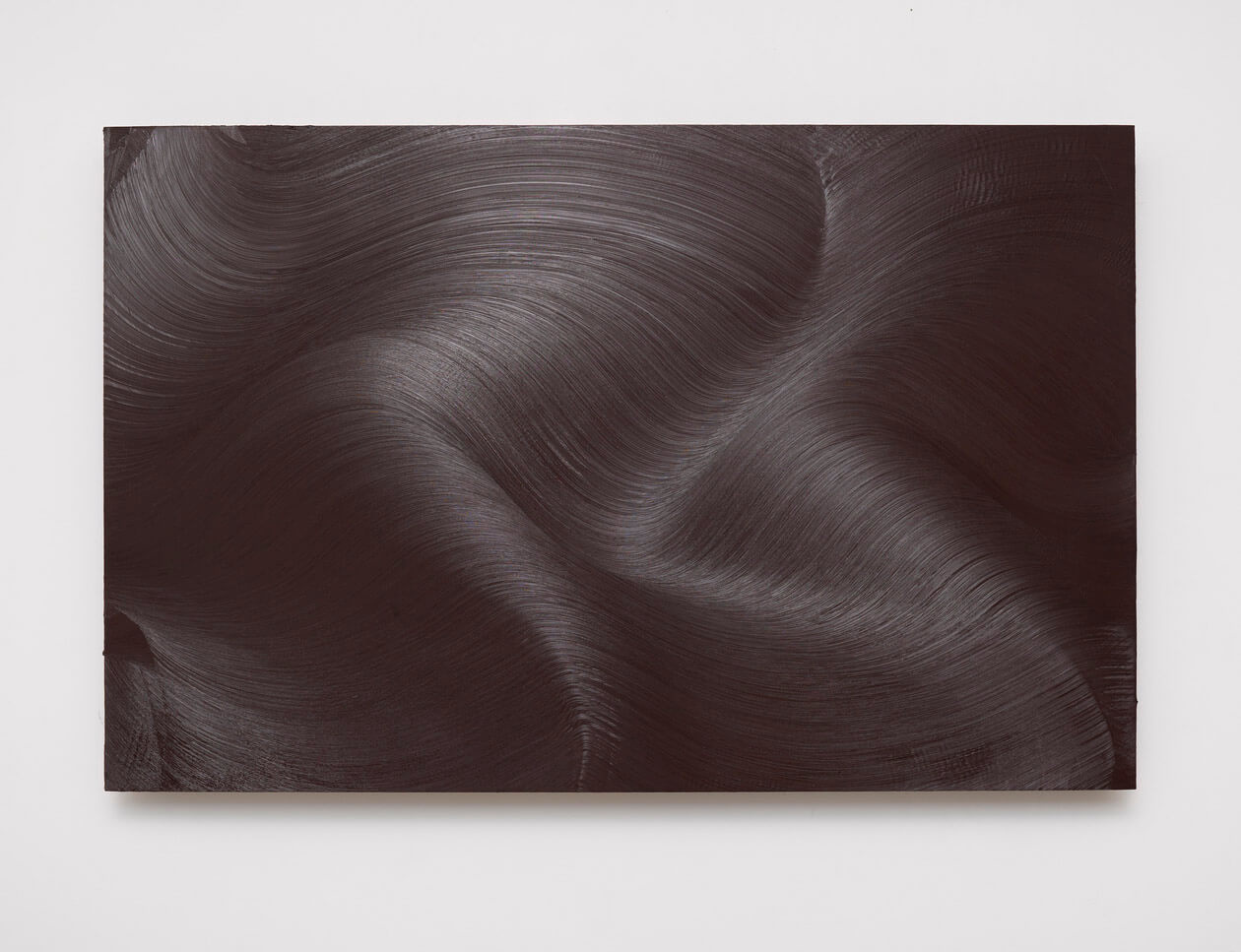 For the latest exhibition in East Hampton, Lisson Gallery is pleased to present paintings by Jason Martin. The works on view — a classic oil on aluminum painting from 2006 and a recent silver cast work — continue Martin’s career-long exploration into the boundless nature of painting.

For Jason Martin, paint is both the subject and the medium. In his work, he investigates the materiality of paint, its sculptural presence and its transformational nature. This approach, much like the minimalist work of Robert Ryman, plays on the possibilities of process through monochrome painting. In early works, pieces of metal or board were used like a comb to move paint evenly across the surface, seeking to achieve a balance of pigment and striation. The work on view, Fell (2006), bridges these early attempts to eliminate the artist’s hand with a move towards a gentle touch and the introduction of the highly physical aspects of painting, referencing Abstract Expressionist masters such as Jackson Pollock or Willem de Kooning. Composed of range of dark scale pigments instead of true monochrome, the colors are exposed as the viewer moves around the painting, and one experiences the work as a sort of performance of the extraordinary dynamism of the colors at play.

In the cast work on view, from 2016, large swaths of modeller’s paste are hand-sculpted, cast and then plated in silver. These exceptionally rendered works seem to memorialize the painterly gesture Martin brought in to his practice in more recent years. Like the oil paintings, they consider the relationship between painting and sculpture, with their hardened exterior creating a medium that appears both solid and impassable, but also reflective and deeply contemplative at the same time.

Lisson Gallery East Hampton will be open to the public over the U.S. Thanksgiving holiday weekend — Friday, November 27, and Saturday, November 28, from 11am to 5pm; and Sunday, November 29, from 11am to 4pm. The health and safety of visitors remains a top priority, and strict measures will be implemented in the space to mitigate the spread of COVID-19. A mask will be required for entry, and hand sanitizer will be provided.