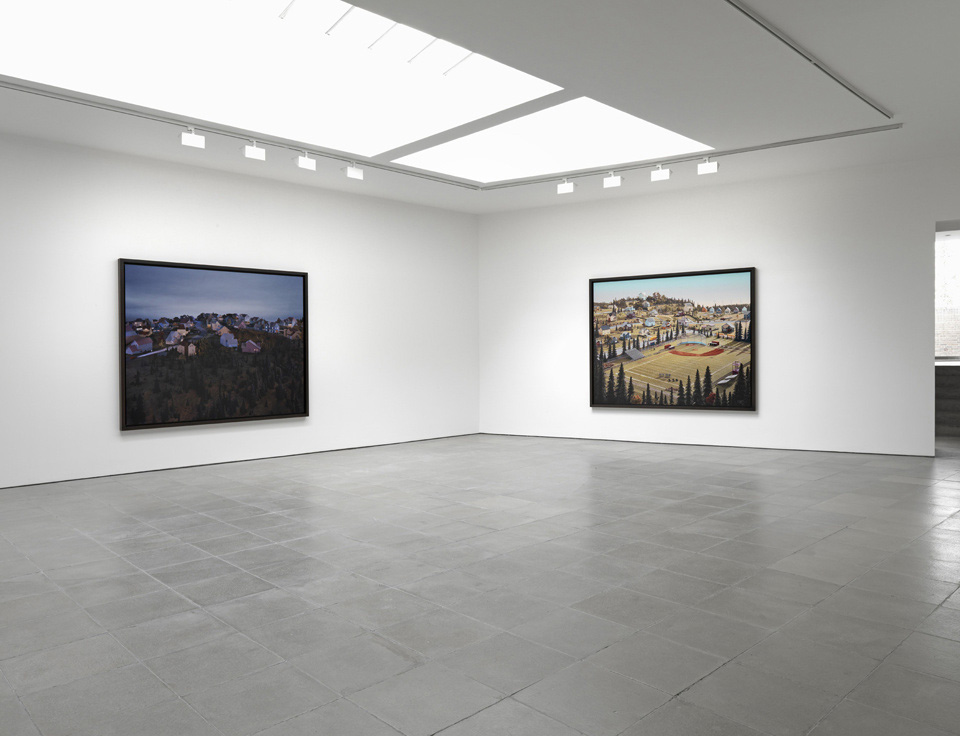 Lisson Gallery is proud to present Credit, Faith, Trust, an exhibition of new and recent works from James Casebere’s Landscape with Houses series.

Working at the forefront of constructed photography since the late seventies, Casebere is associated with The Pictures Generation, a group of artists who combined a Pop obsession with media culture with the critical framework of Conceptual Art to redefine photography as a Postmodern medium in the 70s and 80s. Based upon his understanding of architectural, anthropological, art historical and cinematic sources, Casebere’s detailed photographs address contemporary and historical social concerns. His work challenges the boundaries between reality and imagination, whether dealing with alienation in sixties America; addressing slavery and colonialism through black and white visions of cotton mills and covered wagons peppered with native American arrows; or questioning incarceration and the significance of state buildings.

The works in the Lisson exhibition signal a return to the American landscape, a subject Casebere began investigating over thirty years ago with his Life Story works. In the Landscape with Houses series, the artist expresses a fascination with the vernacular notion of home. The images are carefully constructed compositions based on a recreation of the suburban area of Dutchess County in Upstate New York as a model in the artist’s studio. As one might reconstruct an experience of landscape from memory, the model houses were created one by one and only later placed on a set, reassembled in different configurations. Colours, architectural features and details, and the relative scale of parts were revisited several times, resulting in a pastiche of the ideal suburban neighbourhood.

Three words capture the values upon which these communities are, perhaps misguidedly, built: Credit, Faith, Trust. Casebere describes the works in this exhibition as “a response to the sub-prime mortgage crisis, and the madness of the way we live in the age of global warming and the end of oil, when for more reasons than one, the American Dream of home ownership has become a dangerous fantasy.“
The images are almost sinister in their flawed perfection. The aerial viewpoint is reminiscent of territorial survey and thus suggestively omniscient. The alluring colour schemes of the buildings, dazzling sunshine and perfect rainbows are overtly picturesque and suggest a construct of truth. Upon closer inspection missing architectural elements, incongruous scale and unsettling imperfections introduce an element of the surreal.

Following the critical acclaim that the series received at the Whitney Biennial in 2010, three new images have been produced specifically for the Lisson Gallery exhibition and will be presented for the first time. These include two night scenes, which counter the idyllic atmosphere of the day scenes. Dominated by a baseball diamond in the foreground, one of the images portrays a residential neighbourhood of detached houses at dusk. Small bonfires are set up in the gardens, perhaps to signal a celebration. However on closer inspection, some of the fires seem to burn unattended, the flames threateningly close to the houses, and light up the skyline as if they were untamed forest fires. As the dream of home ownership and peaceful suburbia has given way to class homogeneity and a standardisation of style, the fire in these images is not so much a natural threat as the material manifestation of a nightmare; the social threat of economic instability and loss of control.

Recent group exhibitions include: Whitney Biennial 2010, Whitney Museum of American Art, New York; Haunted: Contemporary Photography/Video Performance, Solomon R. Guggenheim Museum, New York, Atopia: Art and the City in the 21st Century, CCCB, Barcelona, Spain; The Pictures Generation at the Metropolitan Museum of Art, New York; Into the Sunset: Photography's Image of the American West, Museum of Modern Art, New York and Paesagi dell’Invisibile, Galleria Traghetto, Rome, Italy.  Casebere is the recipient of fellowships including the National Endowment for the Arts; the New York Foundation for the Arts and the John Simon Guggenheim Memorial Foundation. His work has been collected by museums worldwide, including Tate Modern, London; Victoria and Albert Museum, London; the Whitney Museum of American Art, New York; the Solomon R. Guggenheim Museum and the Metropolitan Museum of Art, New York; Walker Art Center, Minneapolis; Mukha, Antwerp and the Goetz Collection, Munich.
A new monograph entitled, James Casebere, Works 1975-2010,  edited by Okwui Enwezor is being published this summer by Damiani Editore.  Over 130 colour plates highlight Casebere's work from the last 35 years. Texts include a forward by Toni Morrison and Fred Morrison, an essay by Hal Foster, and a conversation between Mr. Enwezor and the artist.
James Casebere will be in conversation with Mark Godfrey, Curator, Tate Modern and Lisson Gallery’s Curatorial Director, Greg Hilty, Friday 9 September, 12.30 – 1.30pm at Lisson Gallery 52-54 Bell Street. 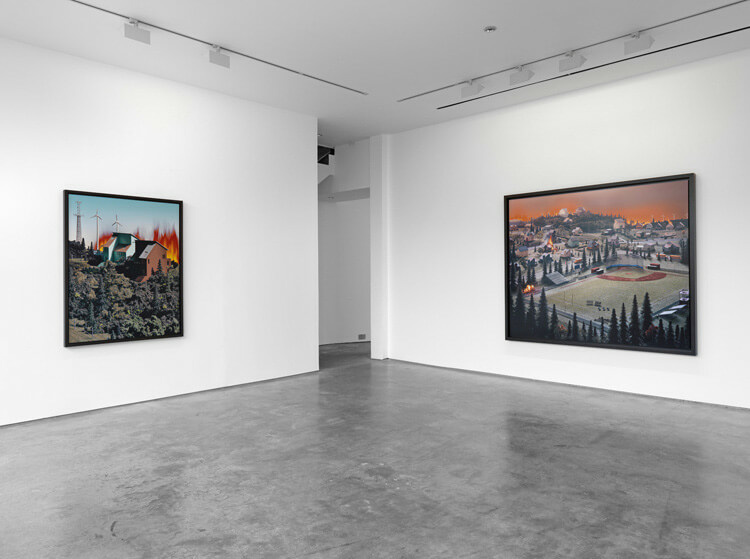 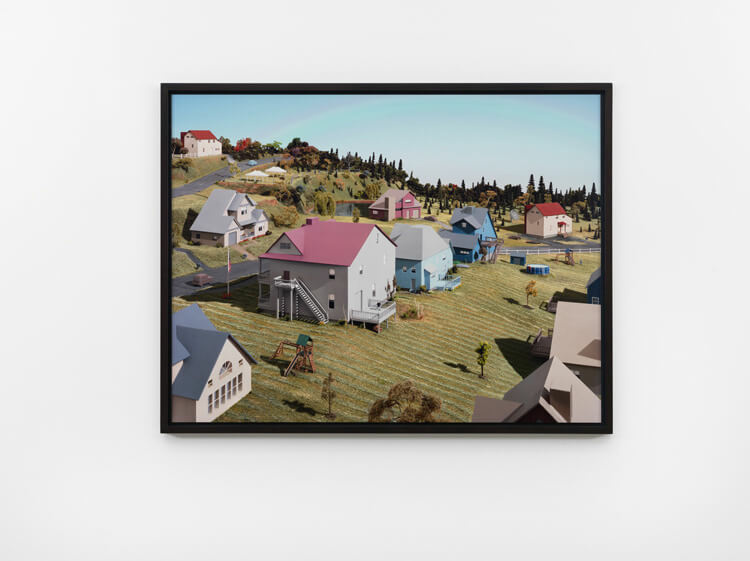 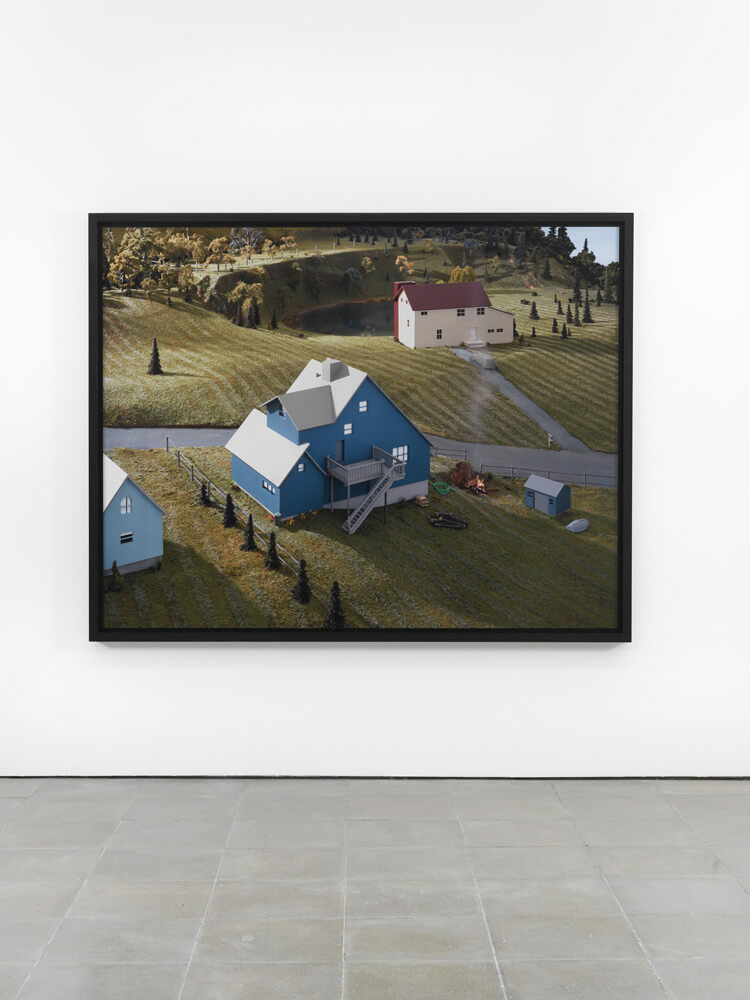 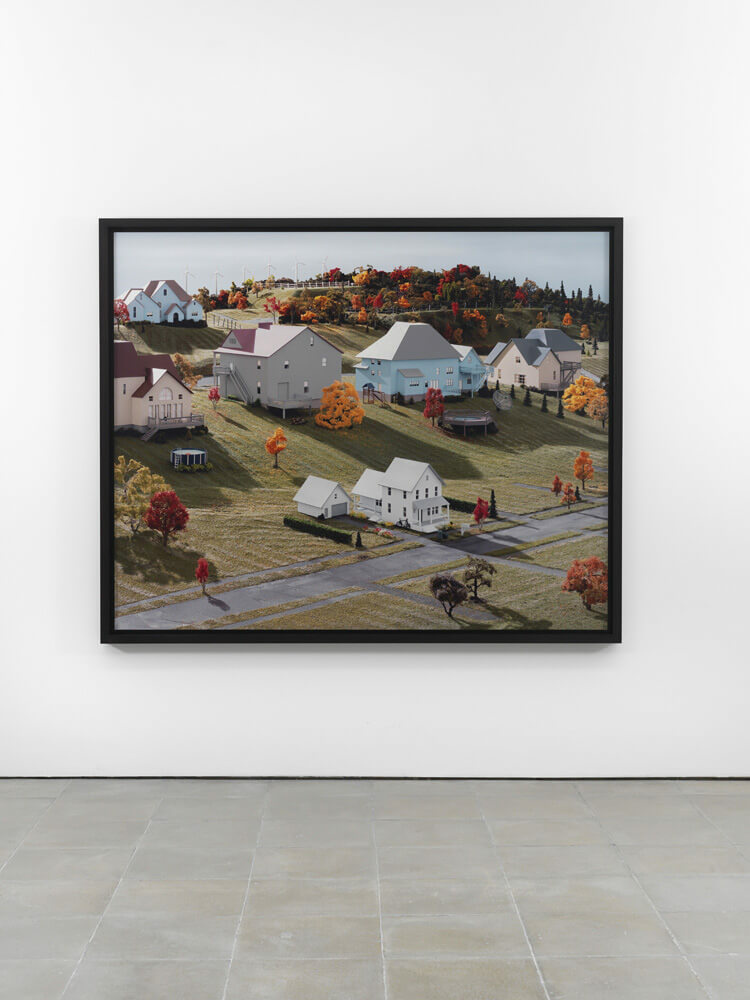