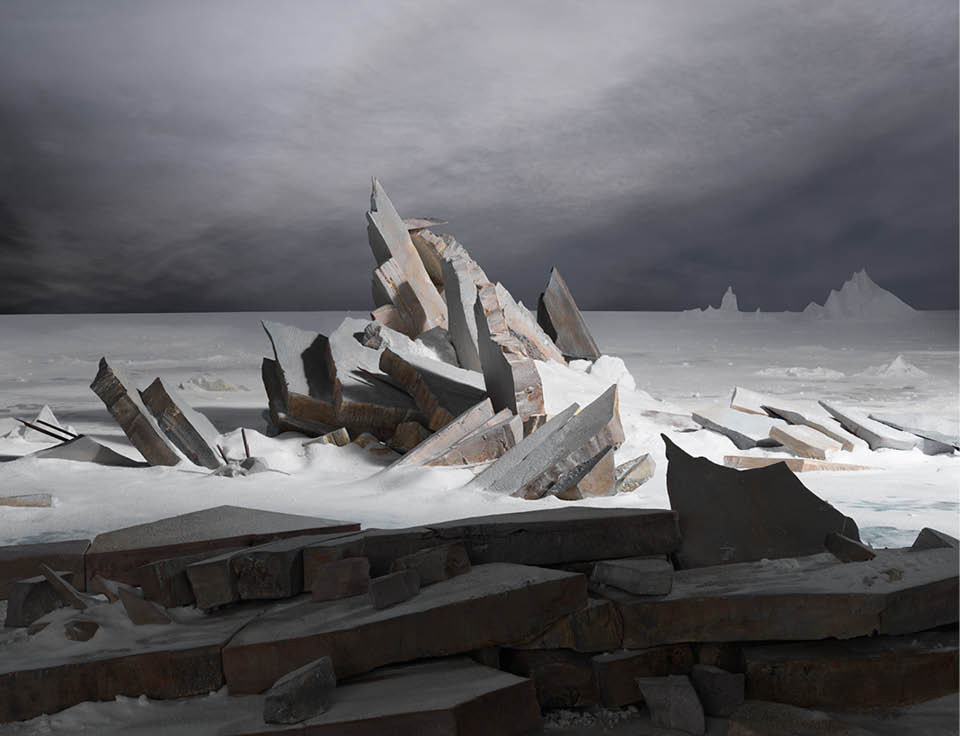 James Casebere’s first solo exhibition in Milan presents recent bodies of work that take the natural world as their subject matter and iconic works of art as their starting points. The American artist’s staged photographs – shot in the studio from models that have been intricately assembled and cinematically lit – present a pastoral that is permeated with culture.

For over forty years Casebere has explored the fictional possibilities of photography, testing his medium’s supposed truth-telling properties to document fabrications of reality. His pictures are both poetic and political, creating simulacra that usurp reality to expose what art historian Hal Foster considers “a psychopathology of everyday life”. Casebere’s works have progressively depicted a wider perspective: the surrealist domestic scenes and claustrophobic vistas of his early pieces gave way to hauntingly evocative architectural interiors and exteriors of building typologies found both in the United States and the Middle East, while his Duchess County series (begun in 2009 and still ongoing) takes an aerial perspective of an entirely made-up, though acutely plausible community.

He has also depicted urban areas blighted by mortgage foreclosures, hurricane Sandy and even destroyed by fire, although he is often attracted as much by the architecture, as in a series of wooden beach houses, one of which was originally built as a local life-boat station, again positing a site of potential catastrophe or rescue. In all these un-peopled environments, Casebere produces a deep ambiguity, pulling the viewer in as a participant through distortions that seem psychologically wrought and convey an uncanny sense of foreboding.

For his exhibition in Milan, Casebere once again executes a shift in perspective, this time immersing the viewer in the midst of landscapes that directly reference the art of the past to critically address man’s uneasy relationship with nature today. A major new piece from last year, Sea of Ice, and related works Trees and Bushes in the Snow (all 2014) revisit the work of the German Romantic landscape painter Caspar David Friedrich (1774 – 1840) to comment subtly on climate crisis. In Sea of Ice, Friedrich’s famous scene of frozen desolation currently housed at Kunsthalle Hamburg in Germany, has been exquisitely recreated by Casebere in his studio out of simple materials, suggesting the terrible sublime of nature has been entirely requisitioned by man, its spirituality no longer tenable. Taking inspiration from Friedrich’s painting of the same name, Casebere’s Trees and Bushes in the Snow series, meanwhile, employ found materials — real vegetation from the artist’s garden and kitchen ingredients such as bicarbonate of soda whose pristine whiteness is a chemical stand-in for the unadulterated purity of snow. 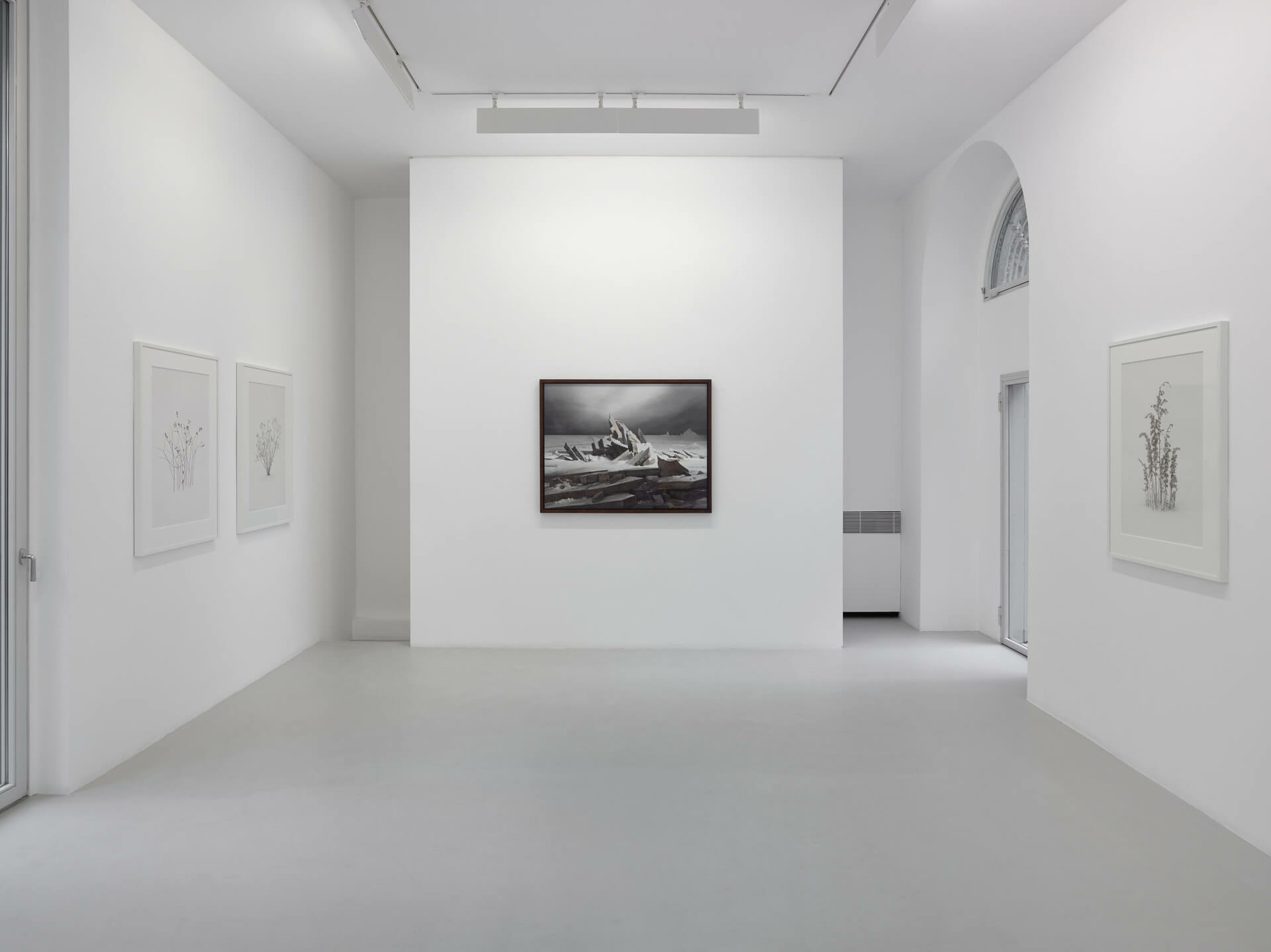