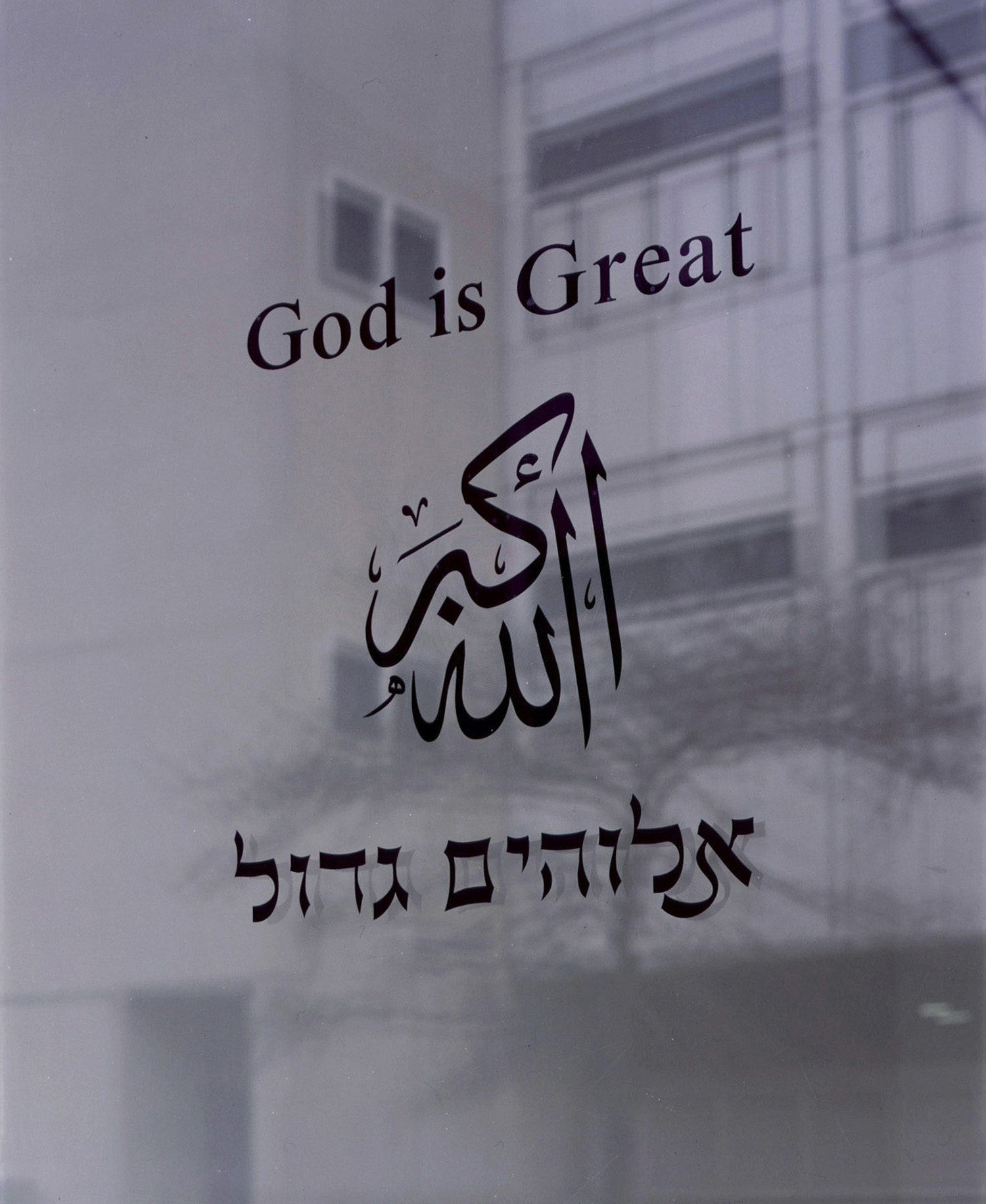 The concept and title for the exhibition ‘God is Great’ evolves from two seminal works by artist John Latham: The mysterious being known as God, 1981/2005, and the series God is Great, 1990-2005, now part of the Tate collection.

Contemporary scepticism concerning religion and the continuous discoveries of science have made us increasingly more curious about the fundamental essence of creation. The recent tumultuous religious and political developments centred in and around the Middle East give us reason now to focus on the work of three generations of important British artists, who all concern themselves with the ‘cosmopoetic’ notions and varying interpretations of “God”.

John Latham, Anish Kapoor and Douglas Gordon, each employing distinctly different forms of artistic expressions, explore both the origin of creation and the universe we inhabit, as well as our ever-increasing need for community and belief systems as we seek pathways through spiritual confusion. By positioning these three artists within the context of this essential, yet intangible and problematic subject, ‘God is Great’ begins to explore the way in which artistic enlightenment may persuasively offer another method of considering what is an inherently mysterious, emotional, often inflammatory subject.

John Latham began working with books as a medium in 1958, creating reliefs emerging from plaster on canvas. In the early 1980s he replaced the white surface of the canvas with a glass panel, propelling him a step further toward a representation of an a-temporal and a-spatial continuum from which the books extrude as temporal records of human history. The first ‘God is Great’ work was made in 1990. It united the three sacred texts of the great monotheistic religions: the Torah in Hebrew, the New Testament in English and the Qur’an in Arabic, within a single glass sculpture.

Latham suggests that “we now have a framework from which all cultures have sprung and with reference to which any unresolved question can be discussed, if not finally resolved”.

Anish Kapoor expresses the duality of the world and its transcendent potential in concrete form. Renowned for his enigmatic sculptural forms, transformation is a key element within Kapoor’s work as he challenges our perception of objects and materials by altering their innate physical qualities and confounding our preconceptions about matter, space and the human spirit. His sculpture, when produced on massive scale, creates environments in which the viewer becomes a minute participant in relation to the art, which could be interpreted as a visual metaphor for mankind’s relationship to the universe as a whole.

Douglas Gordon manipulates the act of ‘looking’ in order to express concerns about basic ethical and moral issues that face us all - issues that are often incorporated into the fundamentalist canon of God and the Devil. His 1997 projection ‘Between Darkness and Light (after William Blake)’ for example, pits the Devil against the Virgin Mary using the films The Exorcist’ and the ‘Song of Bernadette’ as vehicles to express the coexistence of good and evil in life. His corpus of text pieces articulate in pictorial and sculptural terms slogans that bind people to an anxious existence while offering them a chance for deliverance.