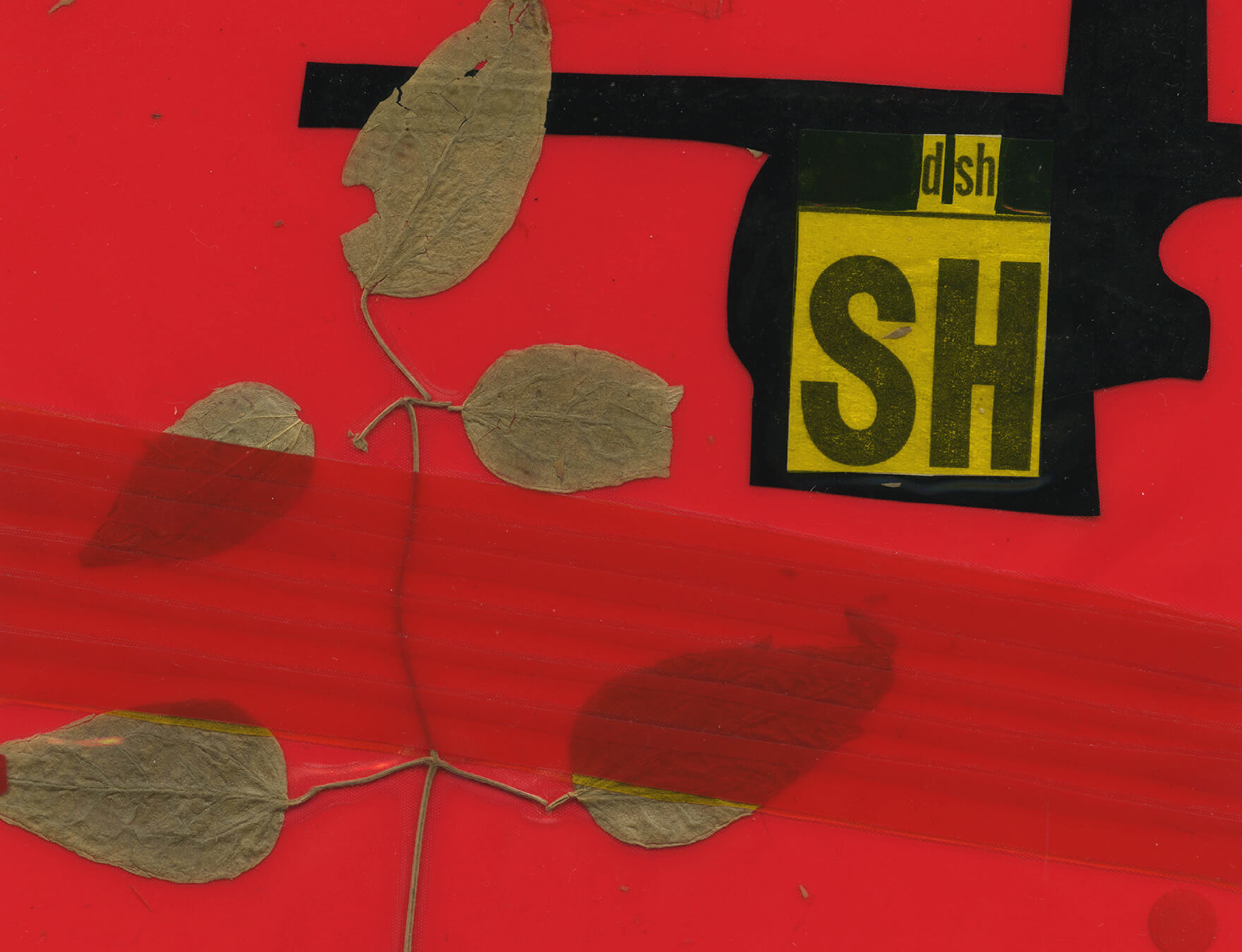 Interconnecting with his first exhibition at Lisson Gallery in 1967, this show reveals the linguistic mysticism and the breadth of influences synthesised by the artist, beatnik and monk Dom Sylvester Houédard. At the time known variously by his pen name Sylvestre, ‘the Dom’ or by his signature and initials: ‘dsh’, he was also conspicuous for his sartorial combination of cloak, habit, dark sunglasses and black beret. Most of the collages and typewritten arrangements in this exhibition have never been seen before, aside from a few that were first shown by Nicholas Logsdail in the inaugural year of the gallery’s existence, which included, in dsh’s own words: “extracts from the mantra jrim, hum, ho, ho phat, some cosmic patches (attempts at repairing the universe) and some particles of antimatter from Gloucestershire.” This new display is curated by Nicola Simpson, an expert in Houédard’s life and work, who has further drawn on his religious grounding and far-ranging intellectual interests to create an immersive environment that responds to the ideas, forms and grammar of his meticulously constructed textual compositions.

While dsh was already associated with the international Beat movement and with other British concrete poets of the 1960s such as Ian Hamilton Finlay and Bob Cobbing, his position as a practicing theologian and member of the Benedictine order, based at Prinknash Abbey in Gloucestershire, imbued his work with a communicative and transcendental power beyond mere lexical dexterity. His studies of every faith from Christianity to Sufism and Taoism, what he termed “a wider ecumenism”, has led Simpson to consider installing Houédard’s works in response to his particular engagement with Tantric Hindu and Tibetan Buddhist practices. The works selected specifically respond to dsh’s  enthusiasm for the meditative spiritual geometries of the mandala (as exemplified in a talk dsh gave in 1966 at the infamous Destruction in Art Symposium).

The first gallery introduces the Tantric practice of weaving and transforming matter into spiritual, bodily experience. A floating constellation of laminated vinyl works – the ‘cosmic patches’ dsh described – greets visitors like a fluttering array of prayer flags, each one collaging the visible matter of words and detritus collected from newspapers and Houédard’s travels – feathers, leaves, sand and dust and also the invisible, his so-called ‘antimatter’ –, sandwiched between two sheets of transparent plastic. Simpson borrows the dsh neoligism ‘environmentpoems’ to reference the kinetically hung experiments of early dsh exhibitions.

The second room leads visitors through a central, cross-shaped display that encourages movement from the edges of the gallery to the centre and out again, mapping the ritualistic paths of inner and outer Tantric mandalas. The works on these partitions revolve around discrete groupings – mandalas, tantric staircases, mantras, chakras, ‘womb words’ – all drawn from examples of dsh’s characteristic ‘typestracts’ (abstracted typewriter works) that vary from mathematically and geometrically rigorous compositions of lines and letters to freeform, staccato word poems. Houédard’s cryptic and alluring phraseology teases at the confluence and incongruence between the spiritual, the intellectual, the guttural and the sexual, seen in one 1967 typed sheet that announces the depicted forms as a mandala of directional buddhas and consorts. As the artist himself once wrote about a compilation of his writings: “the range of these poems can be fully traditional – sacred secular lyric erotic didactic (tho hardly epic) funny & metaphysical”. 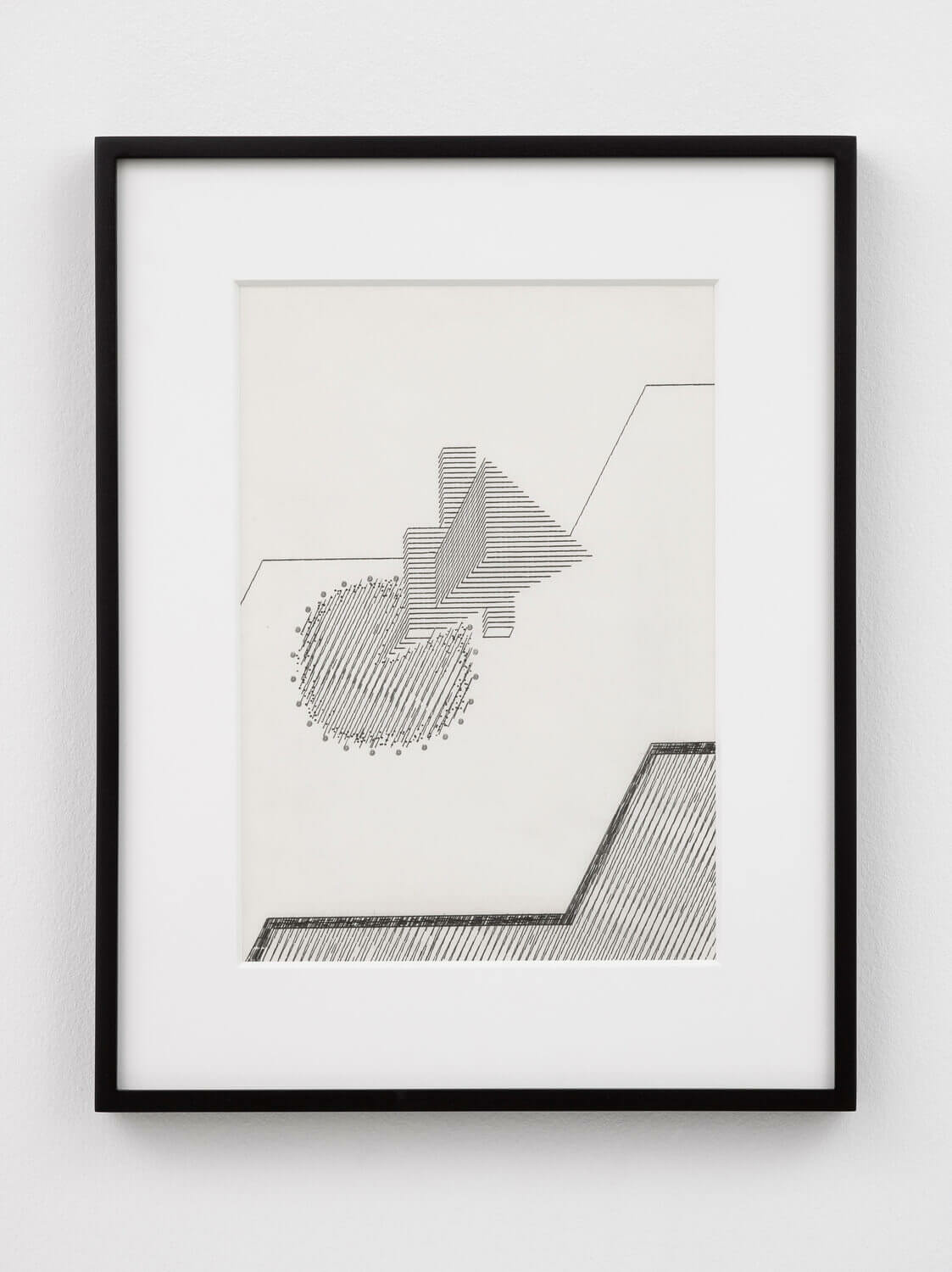 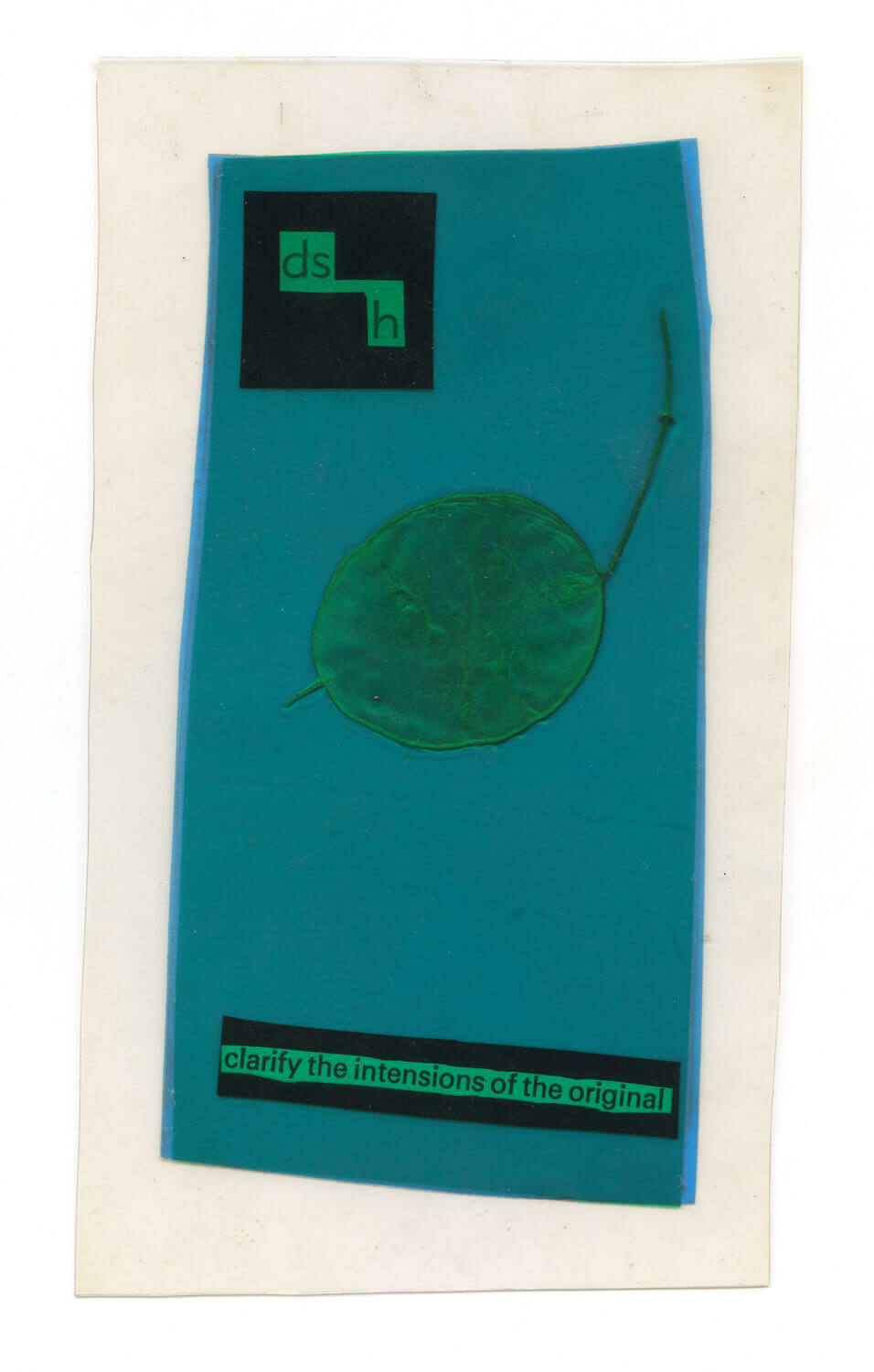 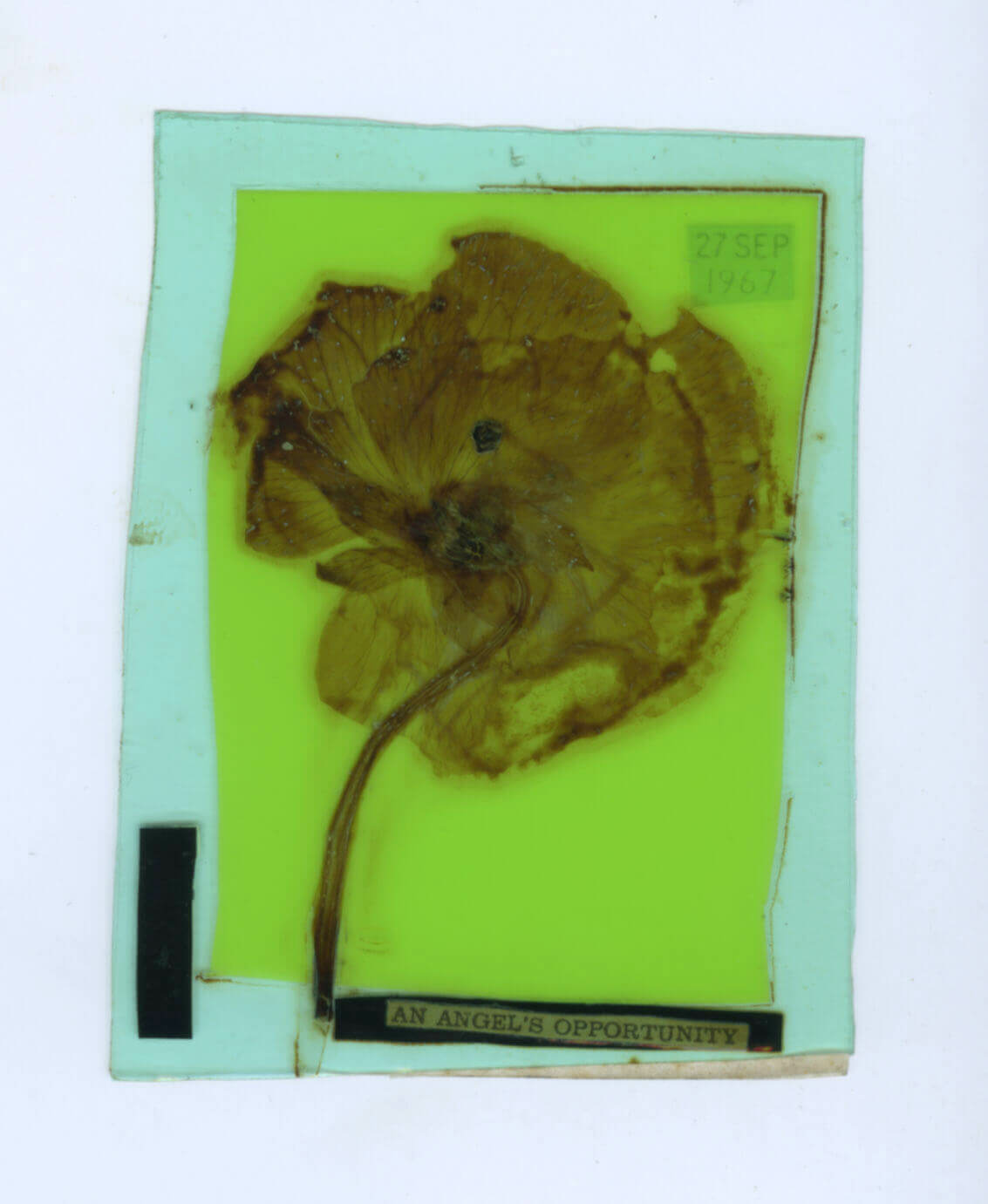 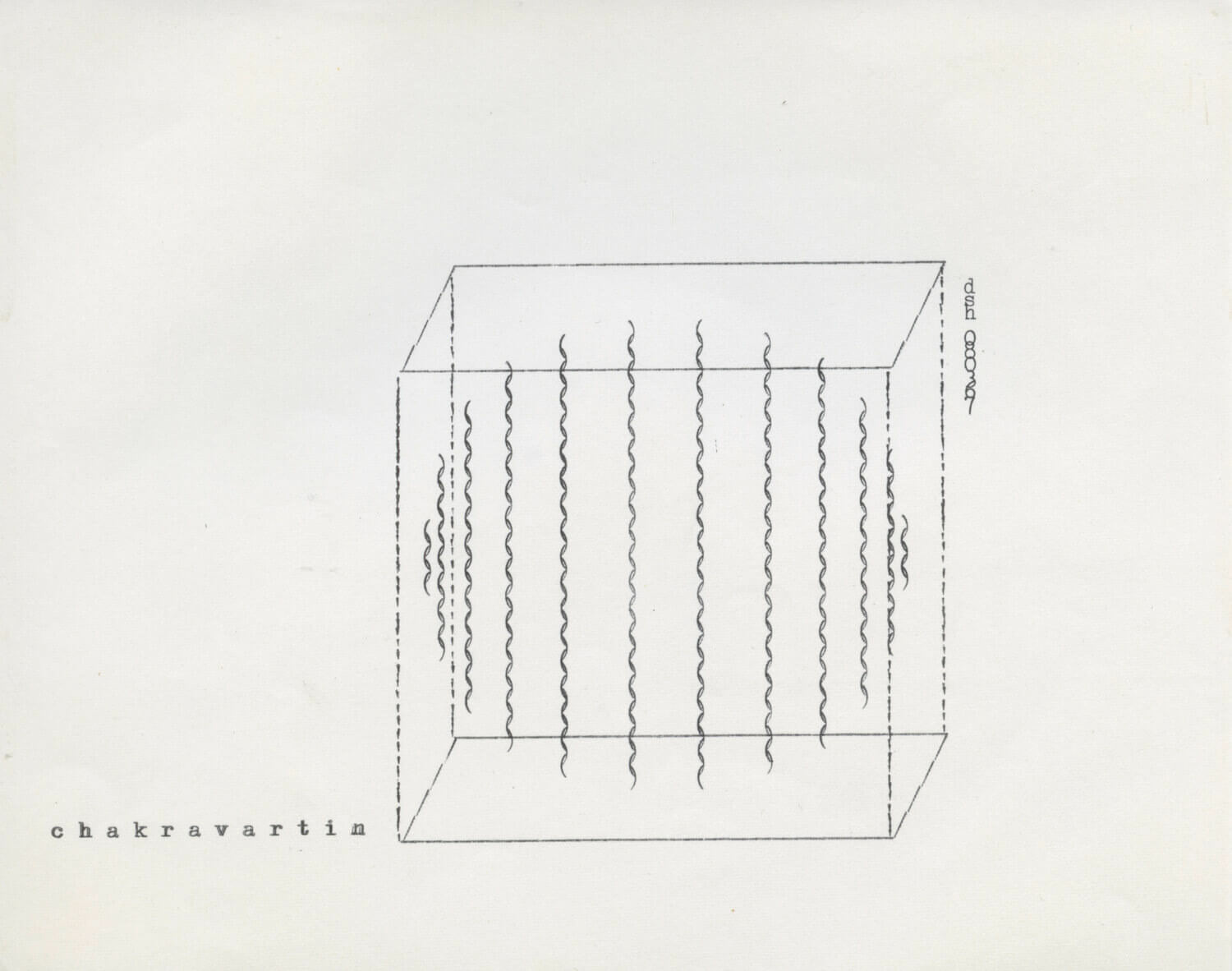 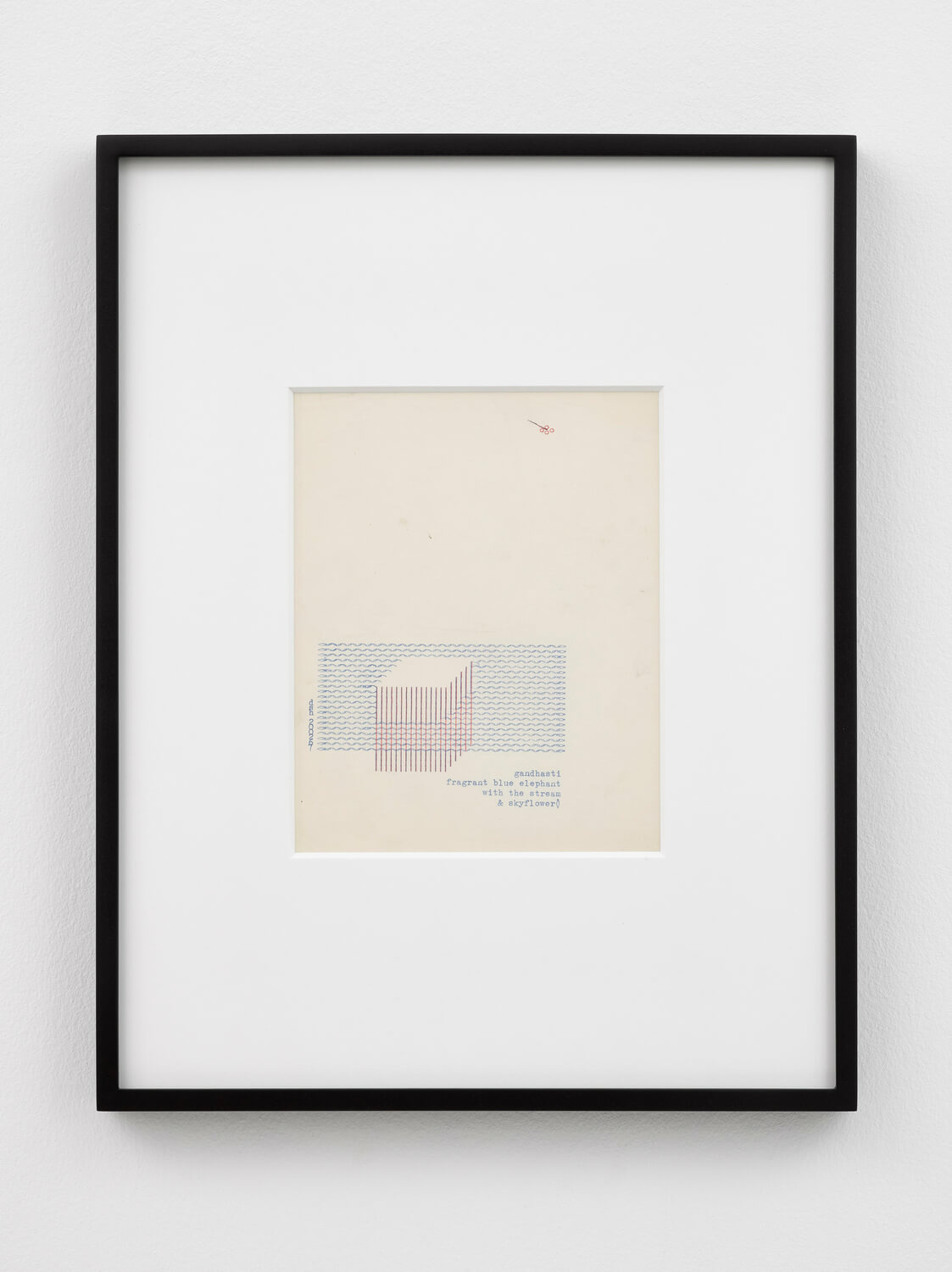 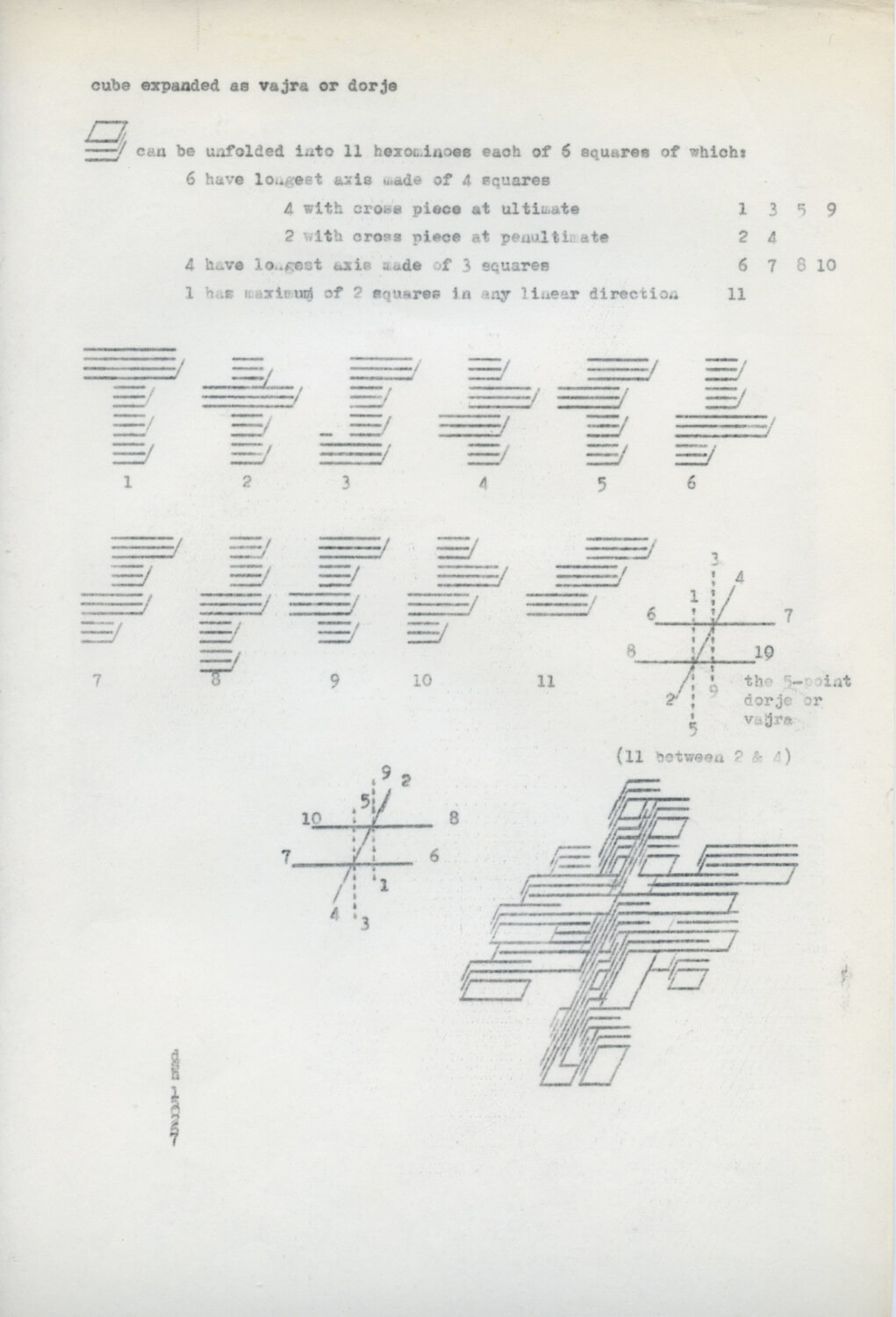 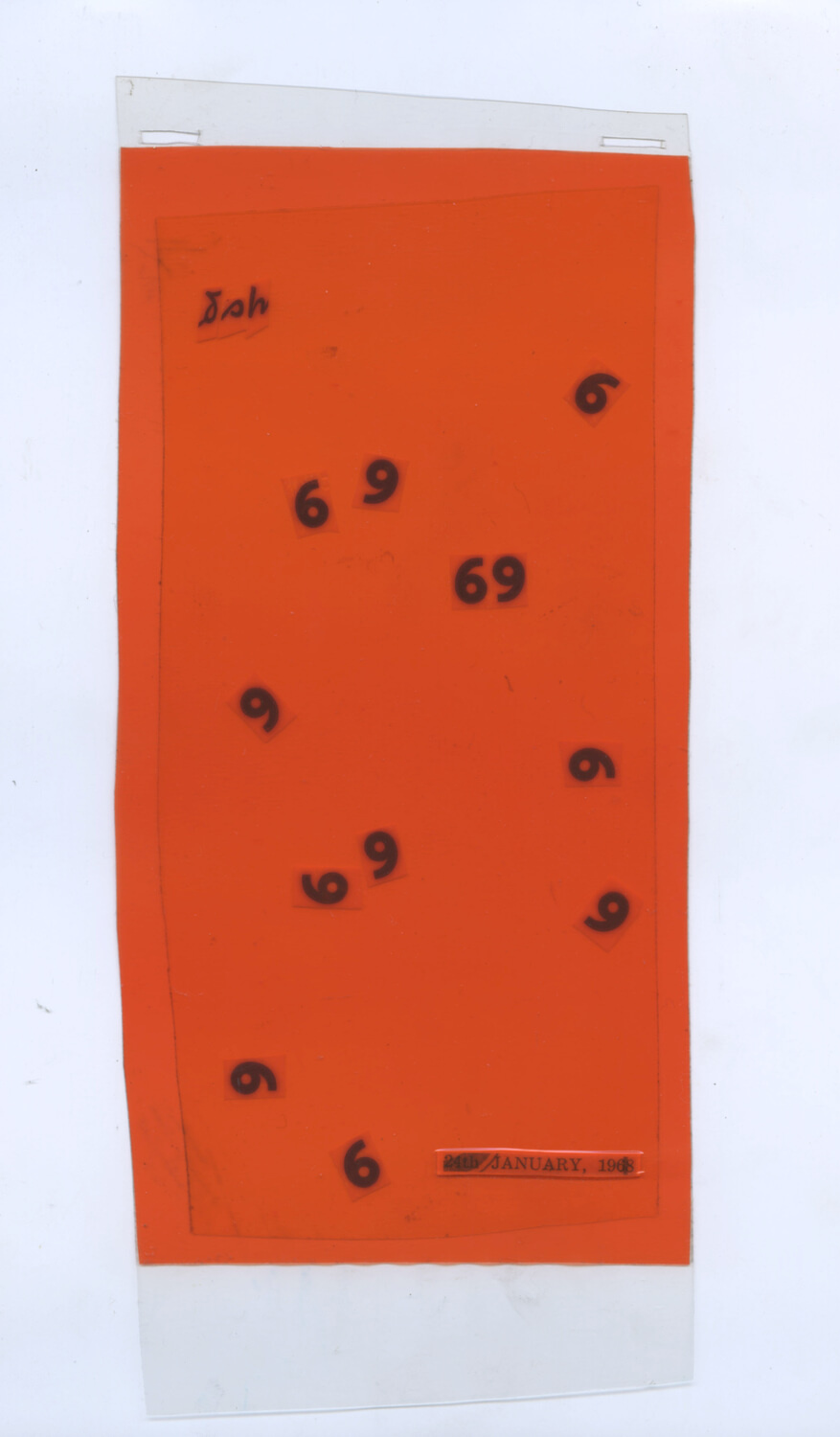 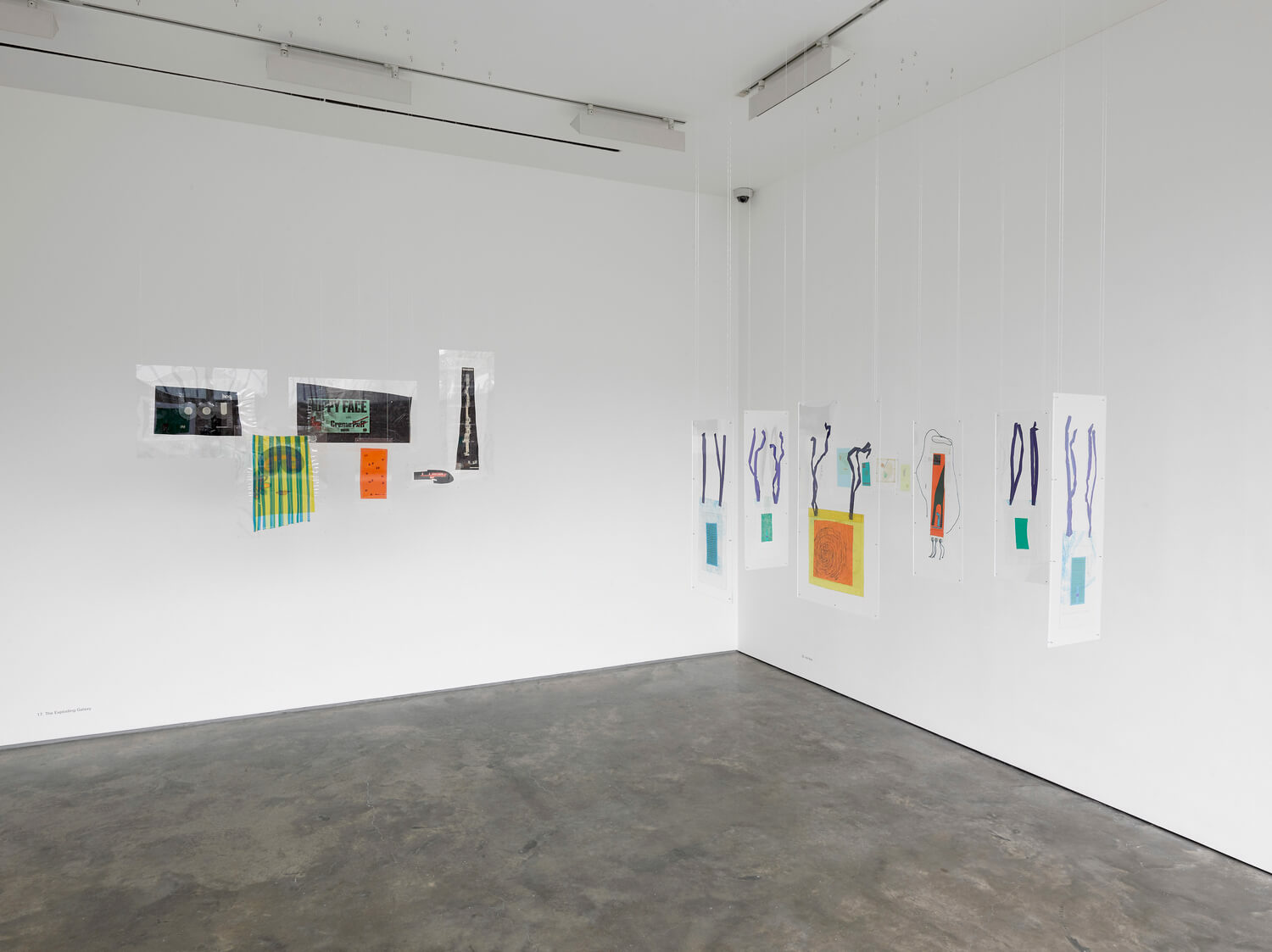 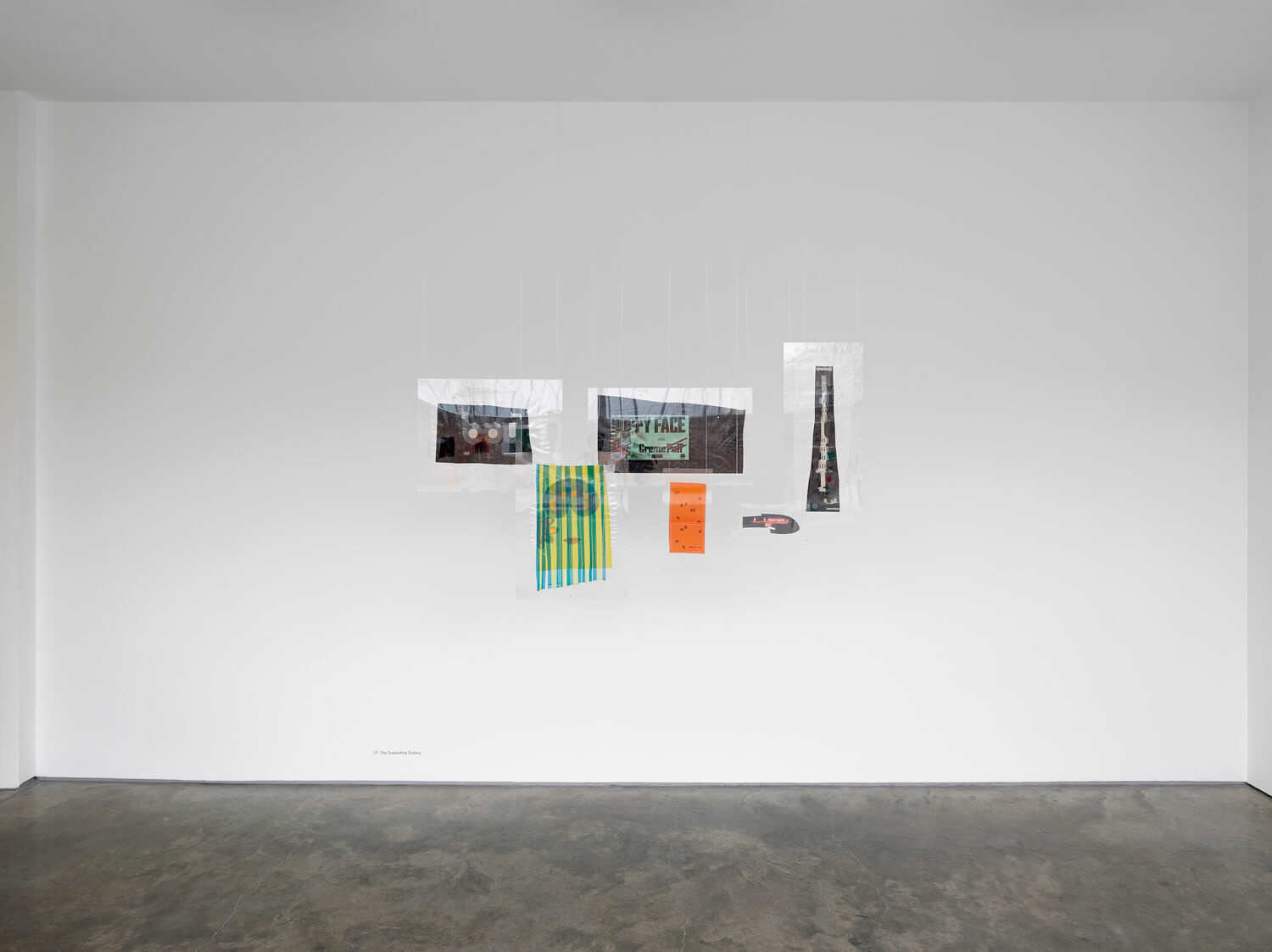 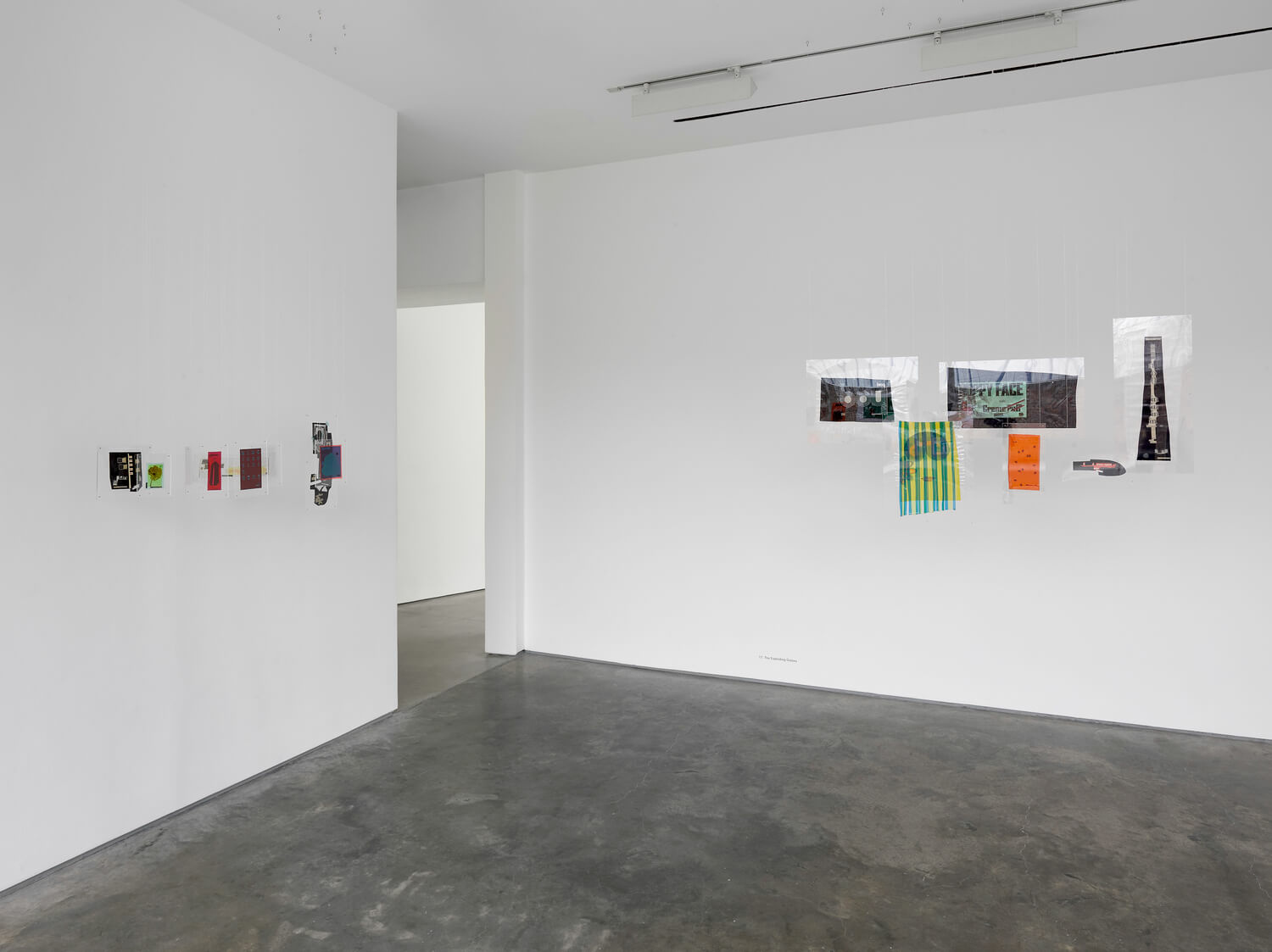 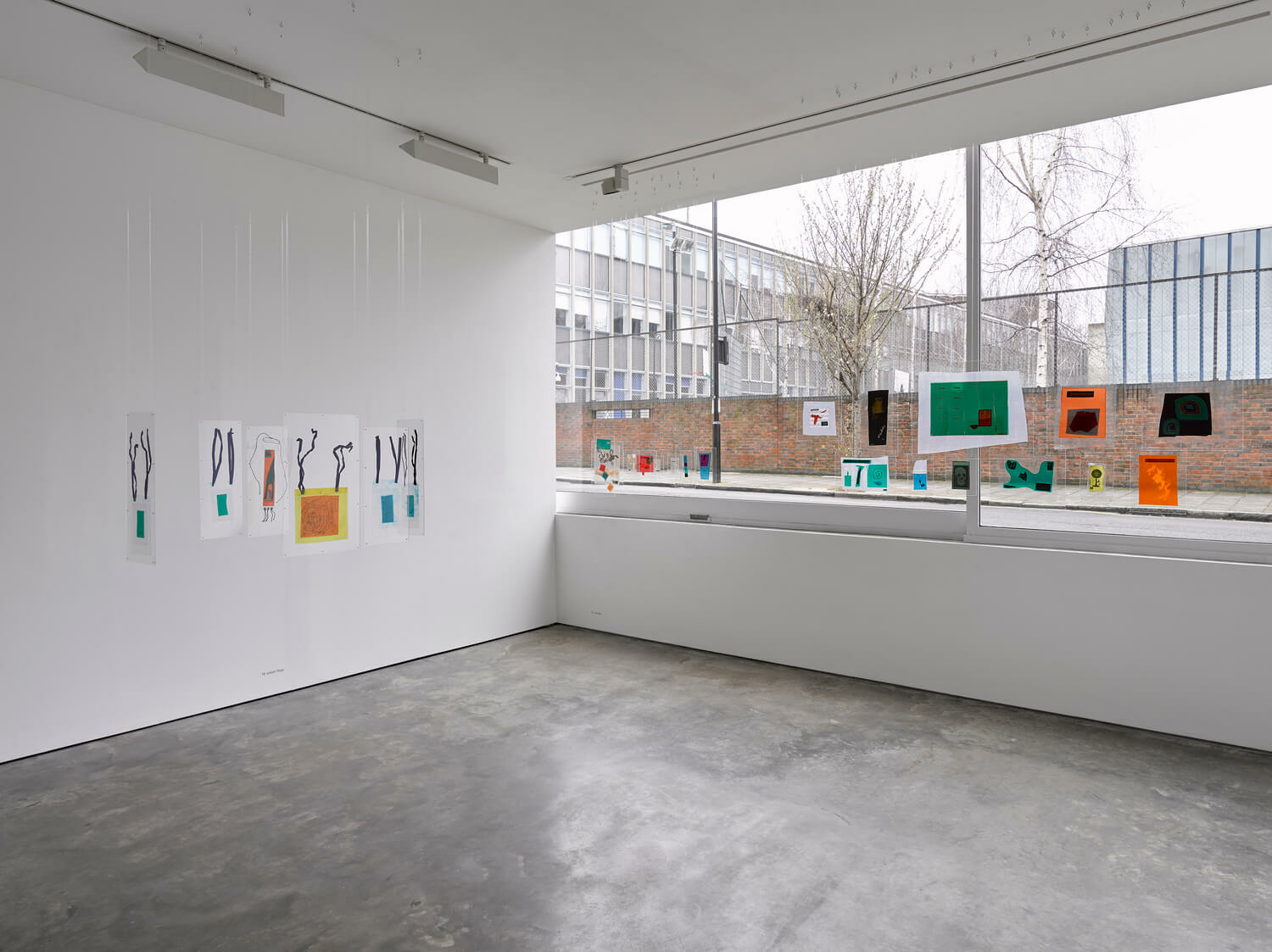 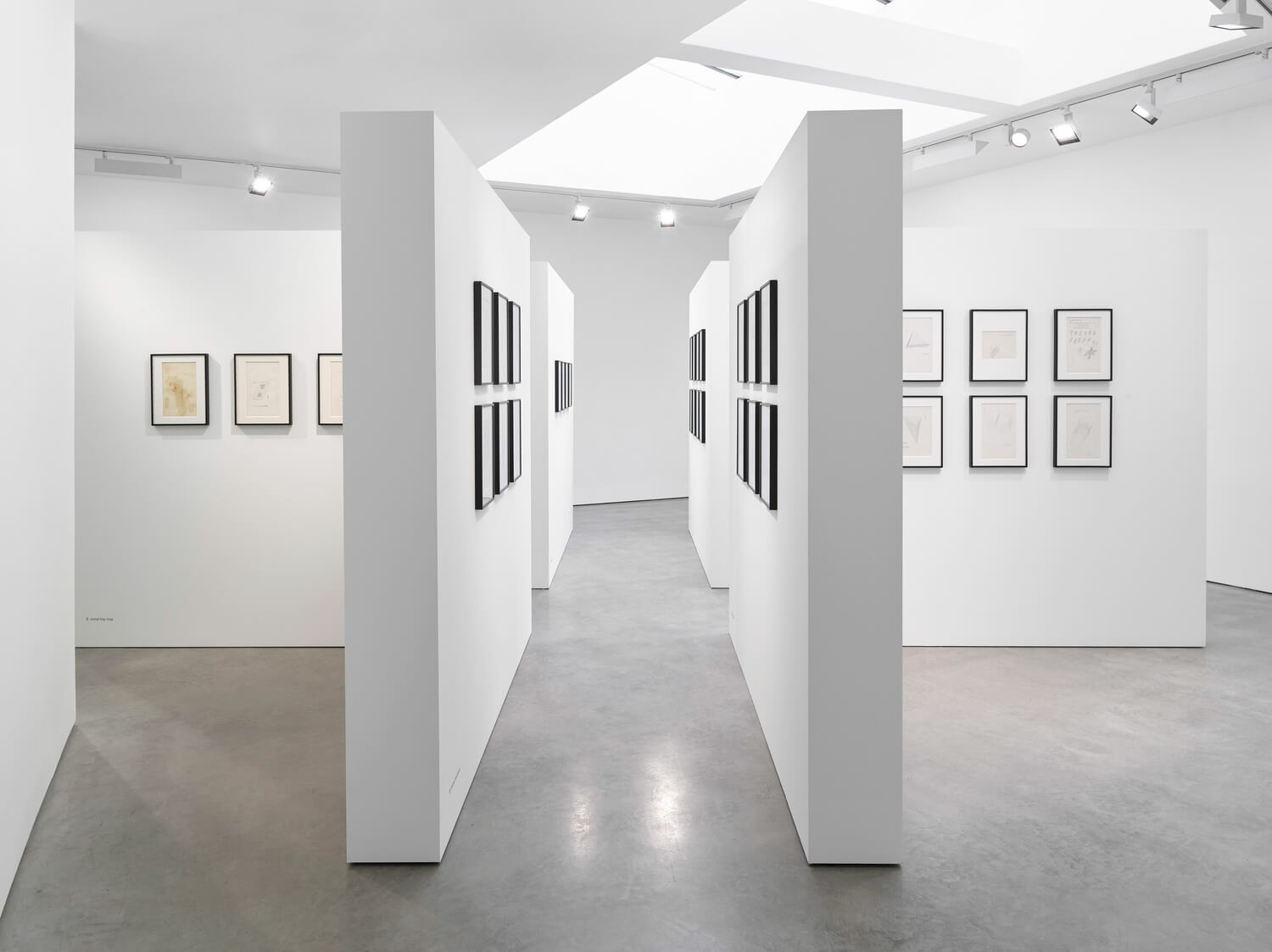 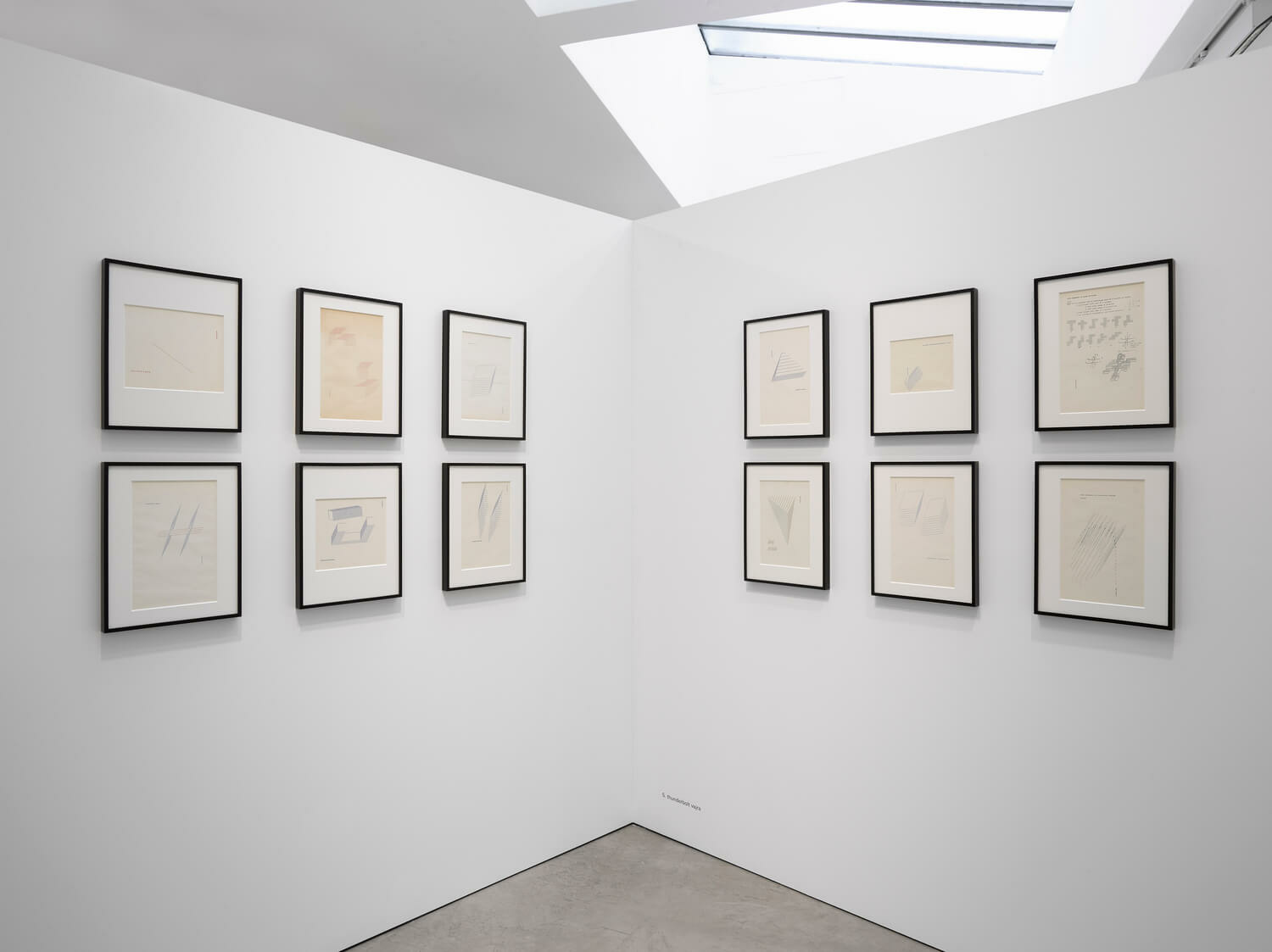 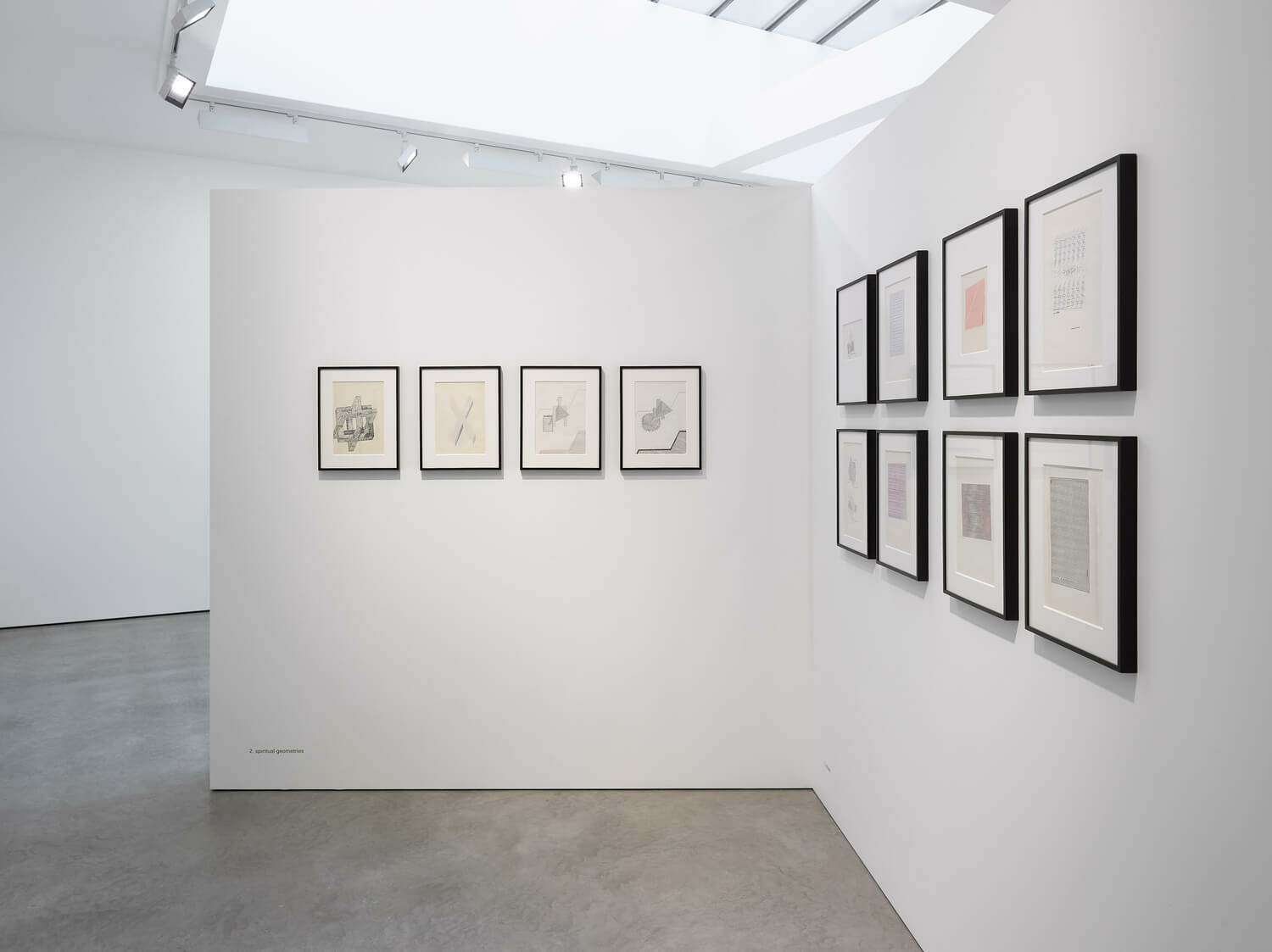 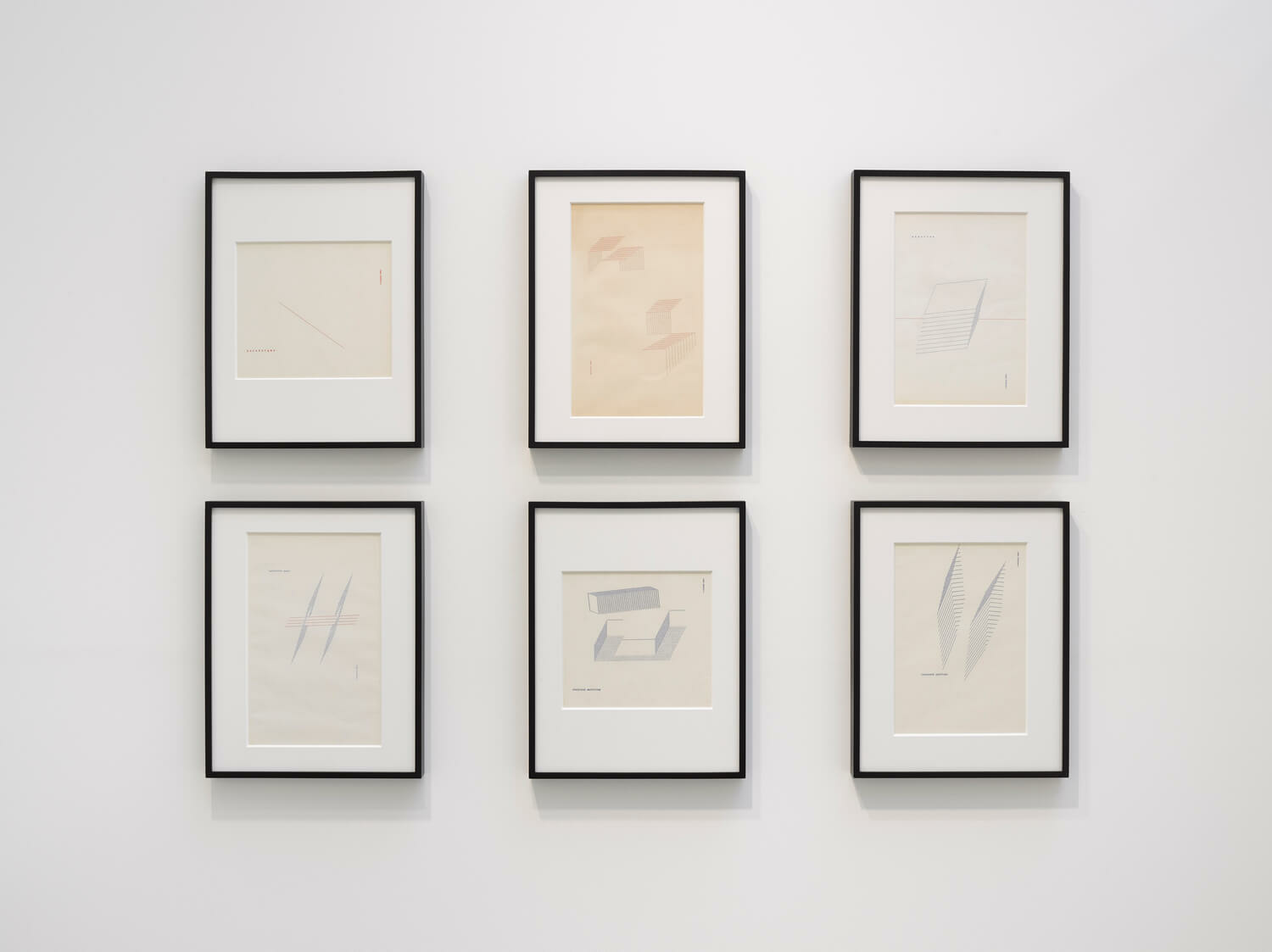