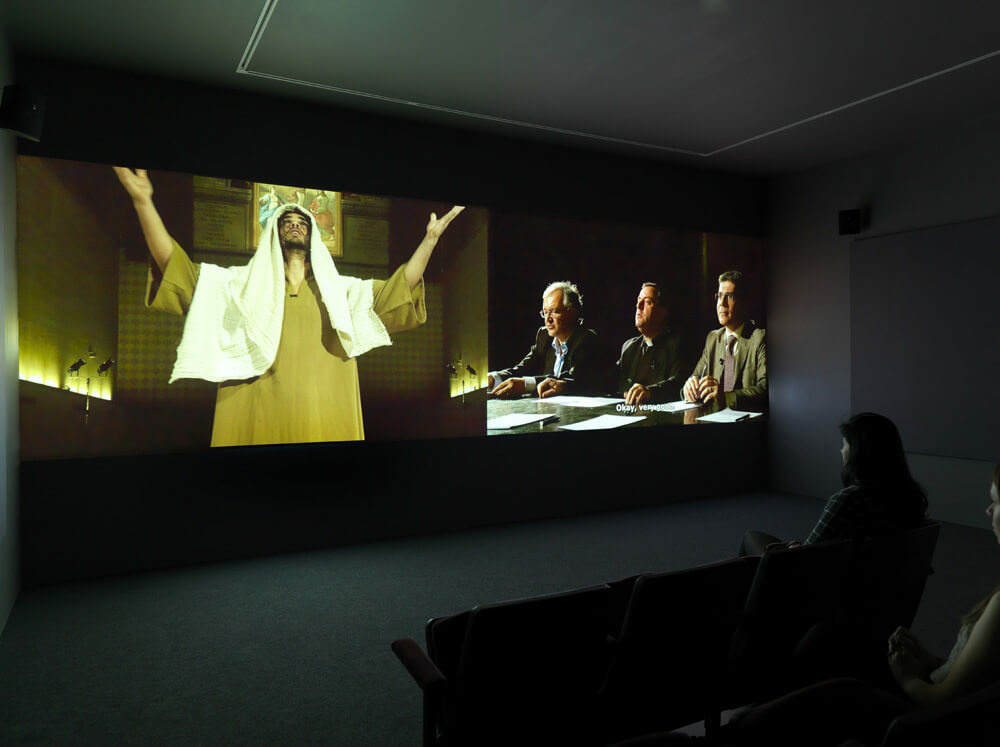 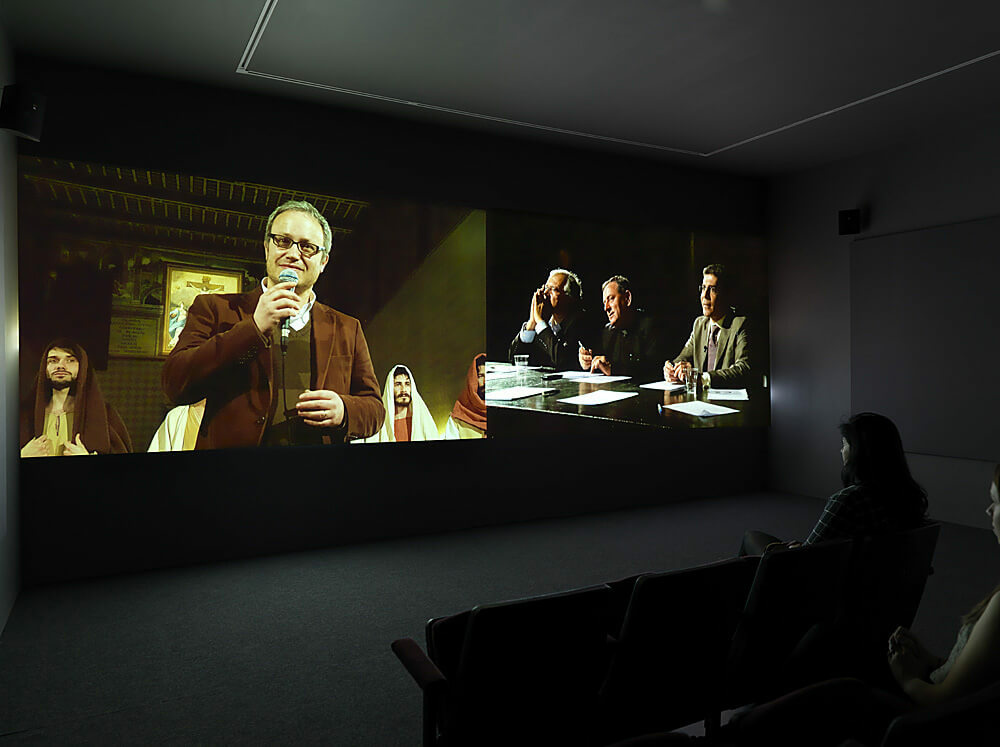 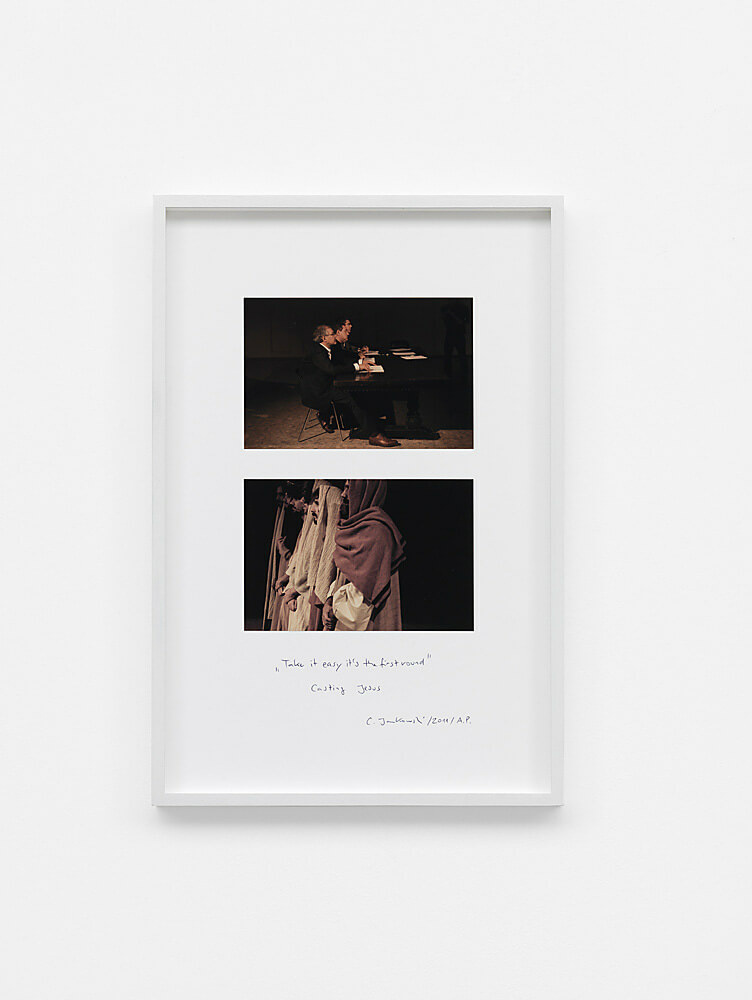 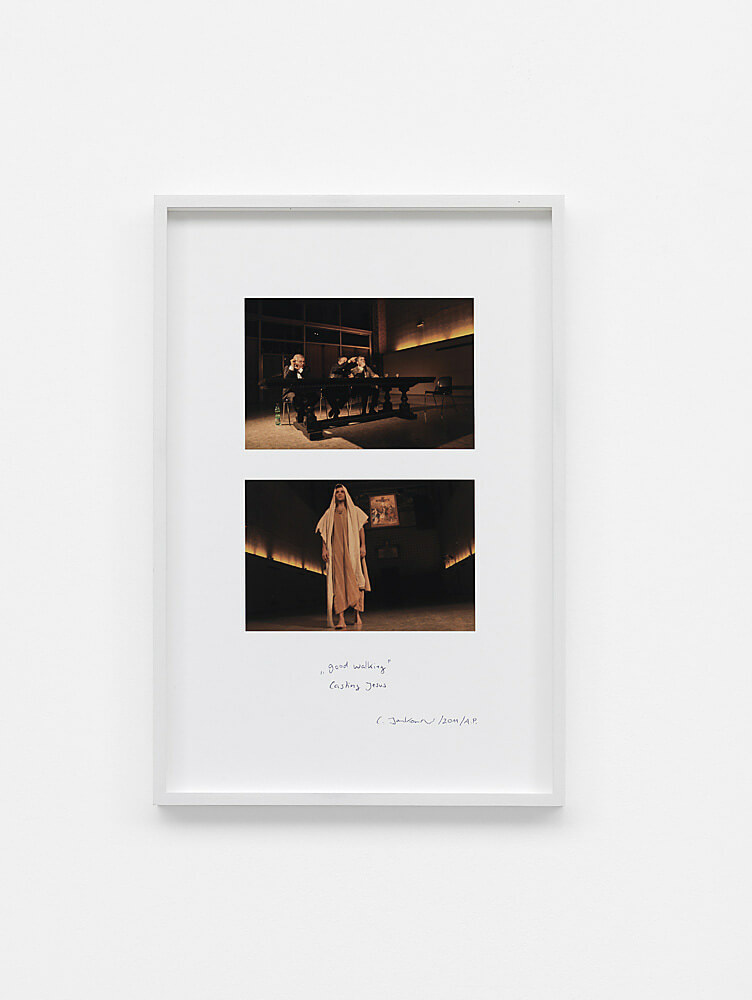 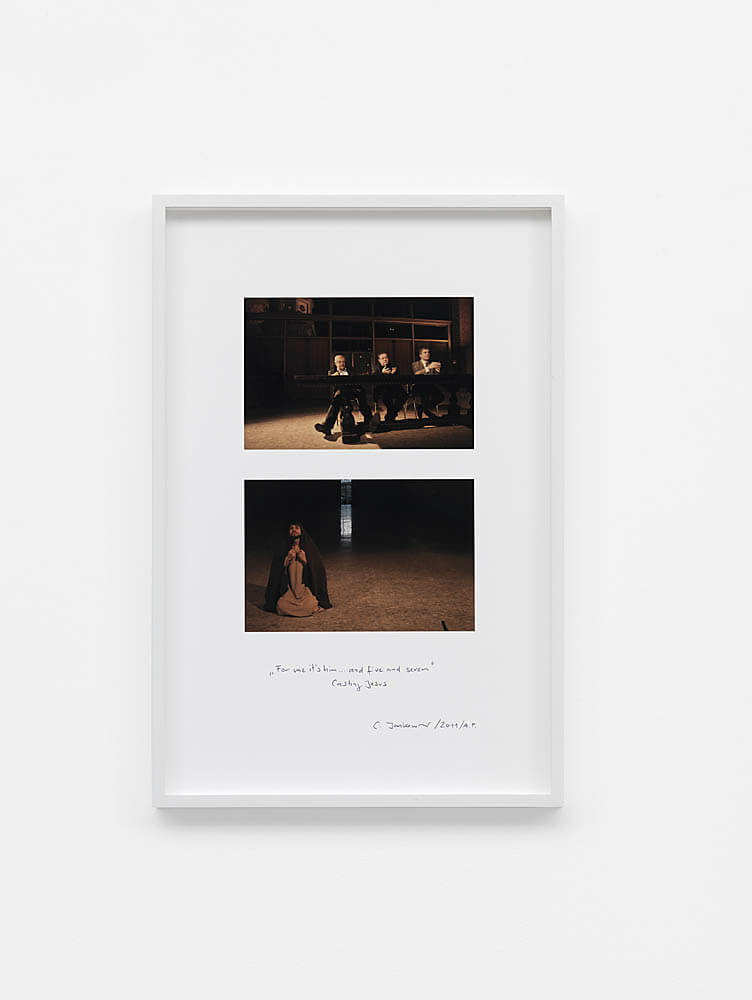 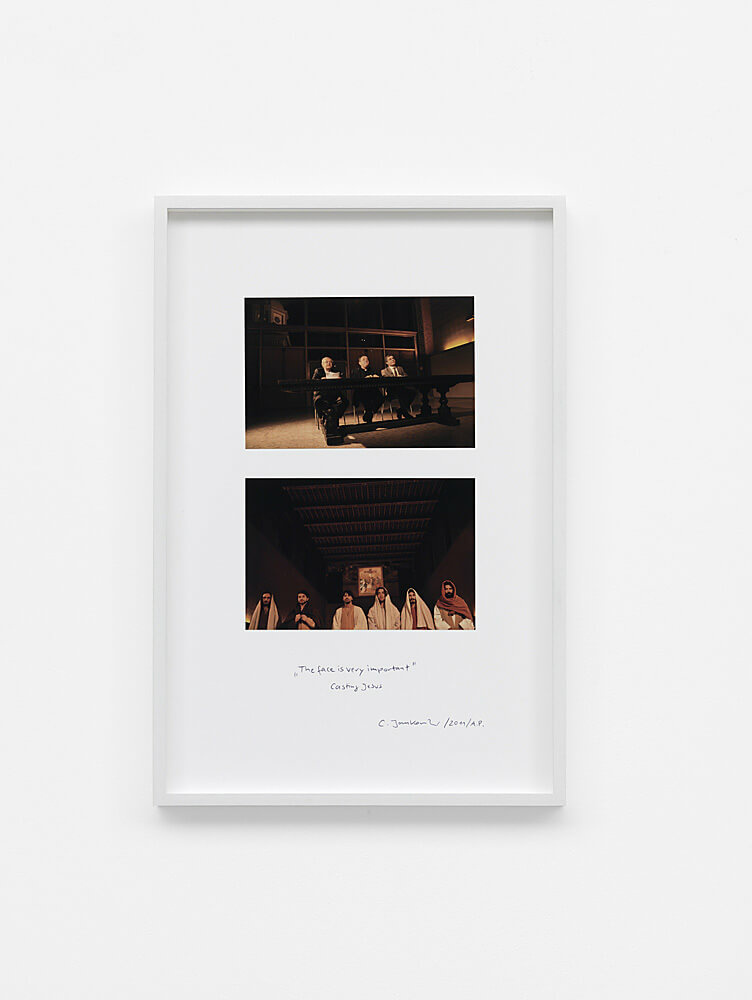 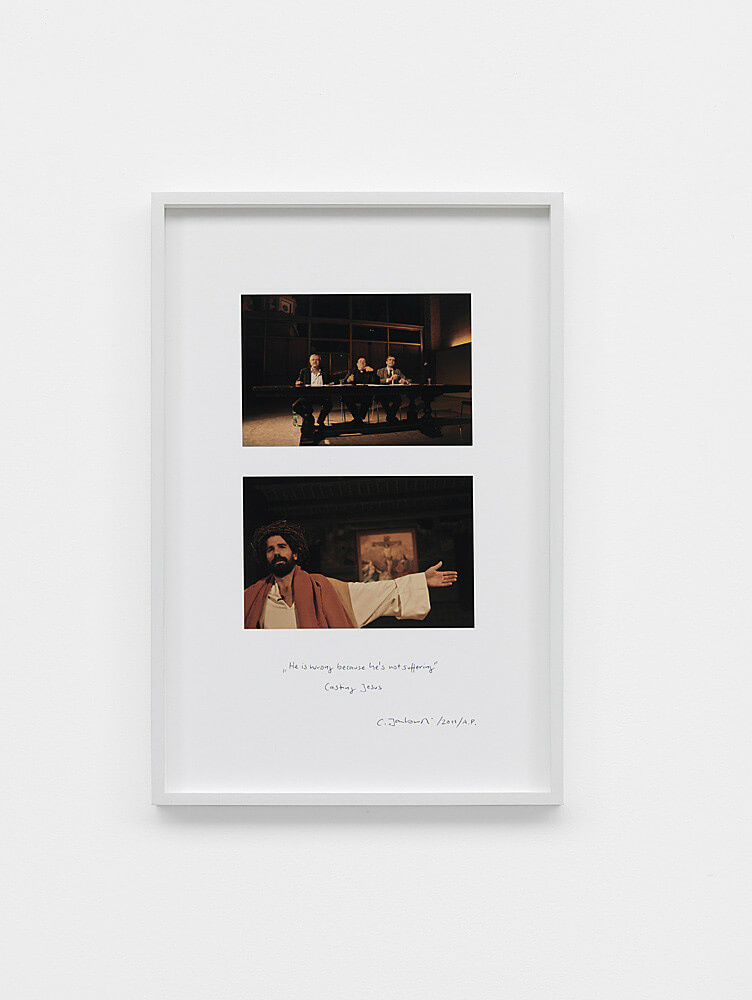 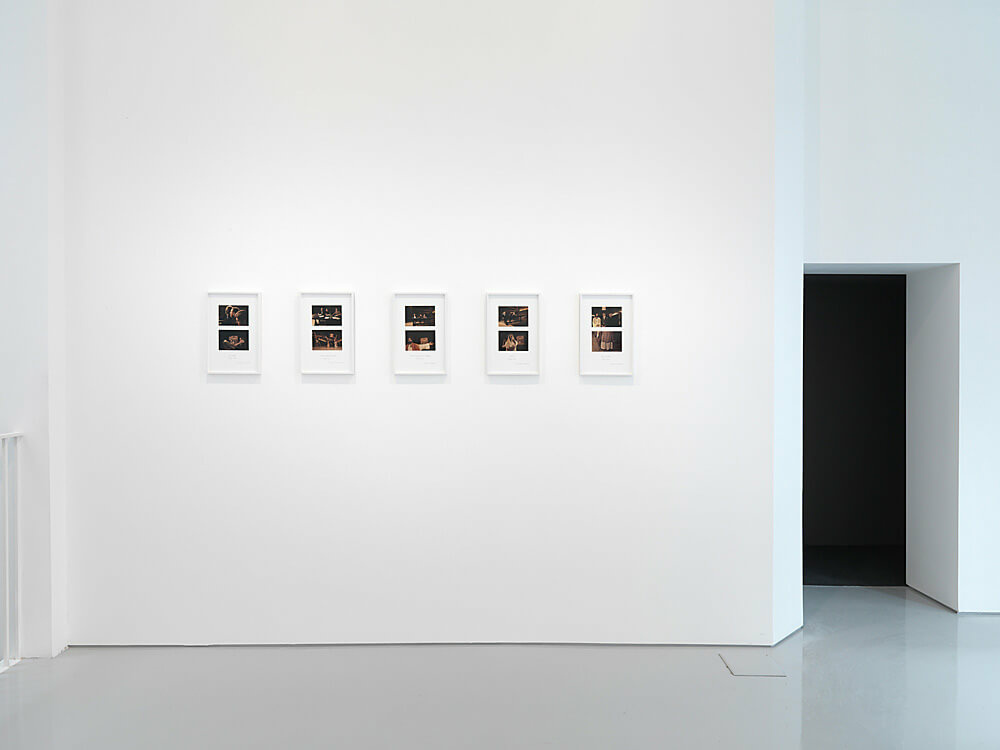 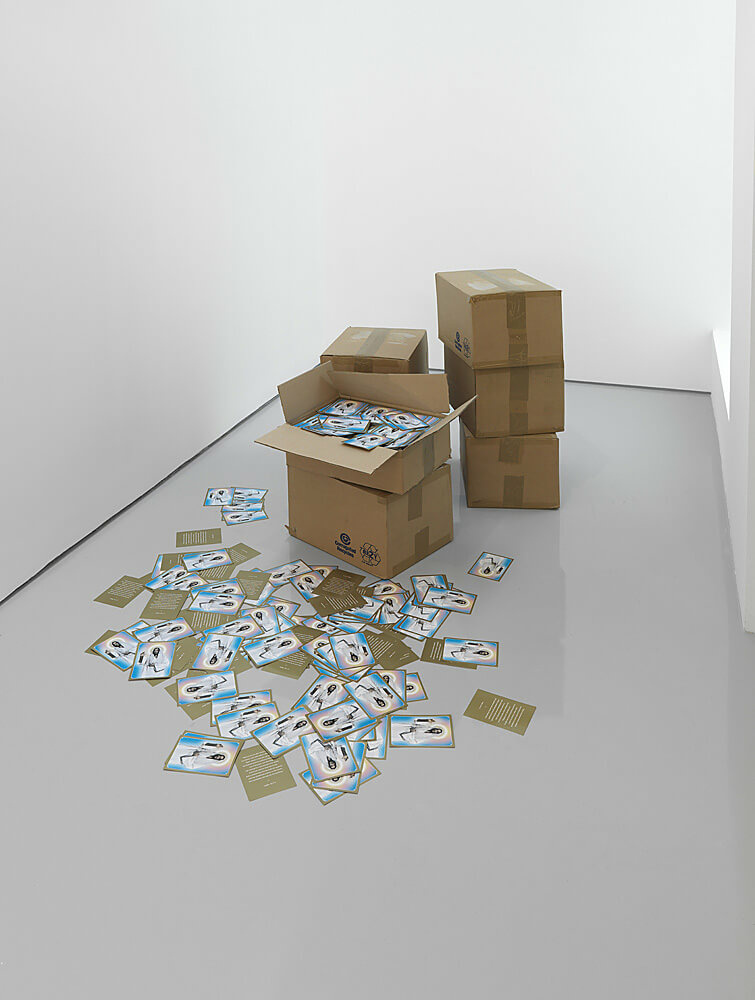 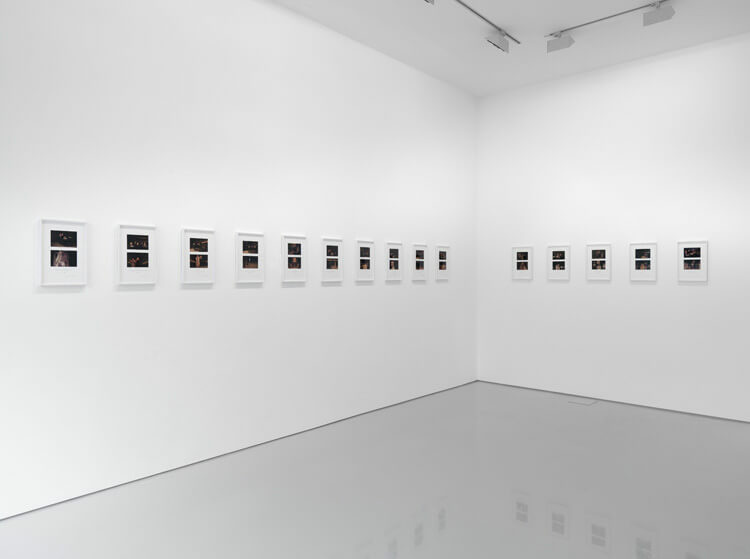 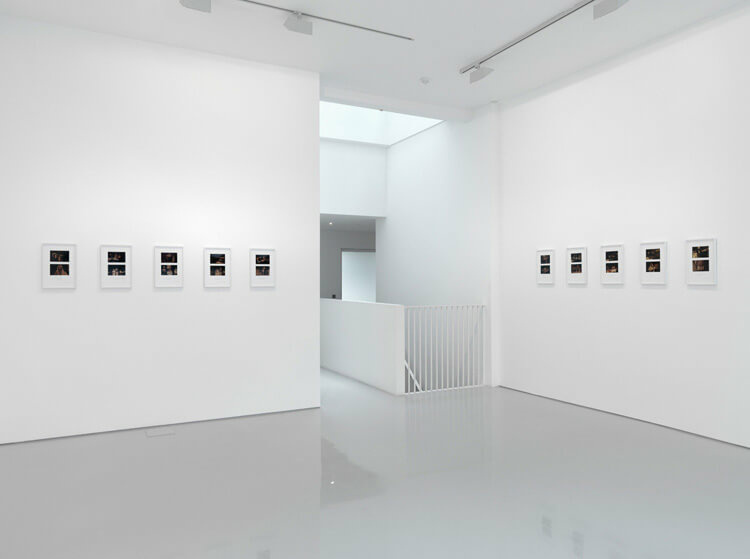 Lisson Gallery is delighted to host the world premiere of Christian Jankowski’s new film, Casting Jesus, opening on 7 September 2011.  The film focuses on an audition to select an actor that best interprets the role of Jesus, judged by a jury of Vatican members.

Using a game show format, 13 professional actors compete for the role of Jesus. A distinguished panel: Monseñor José Manuel del Rio Carrasco, Vatican Priest; Sandro Barbagallo, Art Critic at the Vatican’s L'Osservatore Romano newspaper, and Massimo Giraldi, journalist and Secretary of the Commission for Film Classification of the Italian Bishop Conference, judge the actors as they complete a variety of tasks including, breaking bread, performing a miracle and carrying the cross, as well as dramatic interpretations of their favorite Jesus quotes.  Filmed by Jankowski in the Complesso Santo Spirito in Sassia, Rome, and watched via live video stream by a separate audience of 300, the actors are gradually narrowed down to one finalist by the jury.

Jankowski questions how the Catholic Church perceives the artistic representation of Jesus today and how, in turn, this image is translated into modern media. The inspiration for the project came to Jankowski after he chanced upon the filming of The Passion of the Christ in Cinecittà in 2003. During a break in filming, Jankowski witnessed actor James Caviezel, dressed as Jesus and covered in artificial blood, with two priests coaching him to find the right spiritual and artistic expression for the part. Jankowski explains:

“I was inspired by this image and later, when watching The Passion of the Christ in the cinema, it fascinated me knowing James Caviezel’s acting had been informed by experts from within the Church. Director, Mel Gibson’s use of priests as co-directors was intriguing and I wanted to push this concept one step further by letting the Vatican themselves decide who Jesus is.”

In his work, Jankowski often investigates the status of particular film formats and television production, to question their different realities. Through his often humorous and ironic videos, films and performances, he critiques our image-based consumer society.  In this new installation, art, religion, reality and fiction are interwoven, blurring the distinctions between each.

Jankowski’s works are ‘performances’ which engage often unsuspecting collaborators: televangelists, fortune-tellers, border guards and professional magicians innocently collude with him and become 'co-authors' of the final result. The collaborative nature of Jankowski's practice is paramount as each participant unwittingly contributes his or her own texture to the work. There is as much emphasis on the journey as the destination, and the risks and chances inherent in Jankowski’s collaborations ultimately give surprising shape to the final works, whether these are photographs, paintings, sculptures or video installations. Jankowski as Director also encourages the viewer to become an active participant; allowing him or her to bring to the work their own expectations and preconceptions.