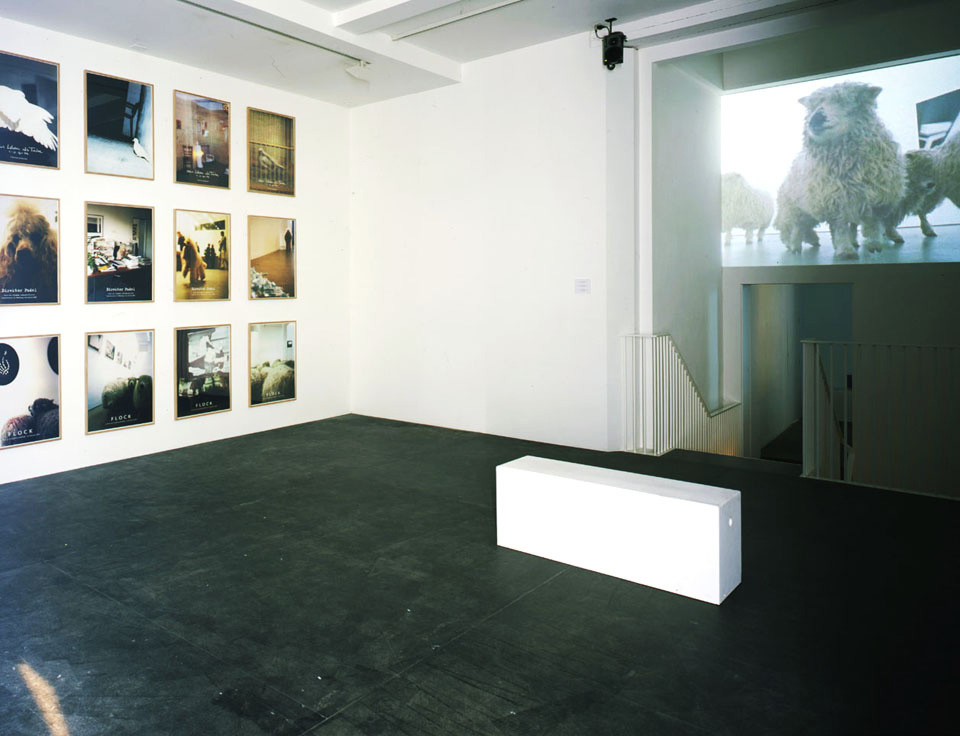 “Christian Jankowski is an infiltrator: he imposes himself into various societal structures and systems (particularly media), making cunning artworks that, in turn infiltrate the artworld. A deceptive appropriator, Jankowski’s art doesn’t really look like art. Although he is aptly described as a conceptual artist, his reliance on culturally based subjects and motifs also link him with Pop Art and later Pop-inspired tendencies.”

Jankowski’s work is a performance which engages often unsuspecting collaborators to innocently collude with him, making them ‘co-authors’ of the final result which is often a surprise, even to the artist himself. The collaborative nature of Jankowski’s practice is paramount, as each participant unwittingly contributes his or her own texture, culminating in a layered psychological journey that one suspects is as curious to the artist as to the viewer.

In one thematic body of work, Jankowski explores the unique relationship between the artist, the gallery as “institution” and the viewer, which he refers to as a “magic circle”. Presented as a trilogy of video pieces comprising Flock, Director Poodle, and My Life As A Dove, each piece relies on magic to transform various human participants into non-human entities. In Flock, 2002, a 12.5 minute DVD, he invites master magician Paul Kiev, consultant to David Copperfield, to turn 12 gallery visitors into sheep. In pairs, volunteers are turned into sheep as they enter the private view of a group exhibition, the theme of which centred on magic-related art. After pre-viewing the exhibition they are transformed back into human form. My Life As A Dove, 1996 centres on the artist’s literal transformation into a dove by magician Wim Brando. For the duration of his three-week exhibition in Antwerp, Jankowski spends his life in a cage as a white dove, completely superseded by his avian alter ego. In Director Poodle Jankowski convinces the then- director of the Kunstverien Hamburg, Stephan Schmidt- Wullfen to subject himself to Jankowski’s orchestrations of wizardry, allowing the curator to choose the kind of animal he would like to become. The result was his miraculous transformation into a boisterous white poodle.

The Hunt, 1992, a performance video piece is one of the artists earliest works. For one week the artist visits supermarkets and rather than select his goods as customary, he‘ hunts down’ his groceries, shooting each item with a children’s bow and arrow, accompanied by a friend with a video camera. He then queues and pays for his ‘skewered’ goods in the orthodox manner, thereby subverting the earlier regression to the ‘manly technique of ‘natural’ self-supply”. This final gesture humorously suggests that ‘natural ways’ and capitalist circulation are not necessarily mutually exclusive. Jankowski’s signature use of formats more commonly associated with mass media is evident in the low-tech ‘teleshopping’ appearance of The Hunt in that one could imagine the video being promoted on QVC as a bizarre new way to shop. Comic incongruities and magical transformations are recursive motifs in Jankowski’s art.

Usage of media formats is evident too in the ‘culture documentary’ style of one of his more collaborative works, Matrix Effect, 2000 whereby Jankowski pays homage to preceding fellow artists. Commissioned by Wadsworth Atheneum to make a new work, he found himself engaged by the history of the Wadsworth Atheneum itself and in particular, its Matrix program and the 141 contributing artists who exhibited during the curatorial reign of Andrea Miller-Keller from 1975-1998. Artists included, among others: Sol LeWitt, (1975), John Baldessari (1977), Christo & Jean Claude (1978), and Janine Antoni. Jankowski contacted each artist with a list of questions pertaining specifically to their own Matrix exhibitions, to which they responded in writing or by phone. A script was devised based on these interviews and then filmed. Rather than casting the artists as themselves, Jankowski enlisted untrained children between the ages of seven and ten in the roles of the artists. Hence, The Matrix Effect – ‘a supernatural transformation whereby commitment to new ideas stimulates a radical age reversal.’ Comical, sometimes-ironic changes occur as the children speak the parts of the adult artists. As the children were not given the script or rehearsed beforehand, the dialogue becomes a form of ‘Chinese Whispers’. While earnestly attempting to repeat complicated lines, the word “critics” becomes “critters” and “historical” morphs into “hysterical” in the mouths of the children.

His most recent work Bravo Jankowski! made specifically for this exhibition, again centres on the relationship between gallery, audience and artist. Wanting to make a work unique to Lisson Gallery, Jankowski seized upon an idea inspired by the serendipitous receipt of a gift. A friend, amused by the name coincidence, sent the artist a vinyl LP by Horst Jankowski entitled Bravo Jankowski! found on Ebay. Provided with this stimulus, Jankowski asked gallery staff to participate in a video set to the music on the LP. Each staff member was requested to speak, on camera, about the artist’s work. Against the backdrop of the music, the work plays with the duality of the “2 Jankowski’s” whereby one could interpret the staff critiques as either relevant to the exhibition or to the music itself. The results are equally enlightening and hilarious, recalling the highly stylised sponsored television advertisements from the 50’s and 60’s.

Jankowski’s work is at once sympathetic, ingenuous and human, yet subversive and sharply observed. Unafraid of exposing himself within the work he takes an acute, humorous and thoughtful look at the human condition.

While he has been widely exhibited in Germany and the US, this will be his first solo exhibition in the UK. 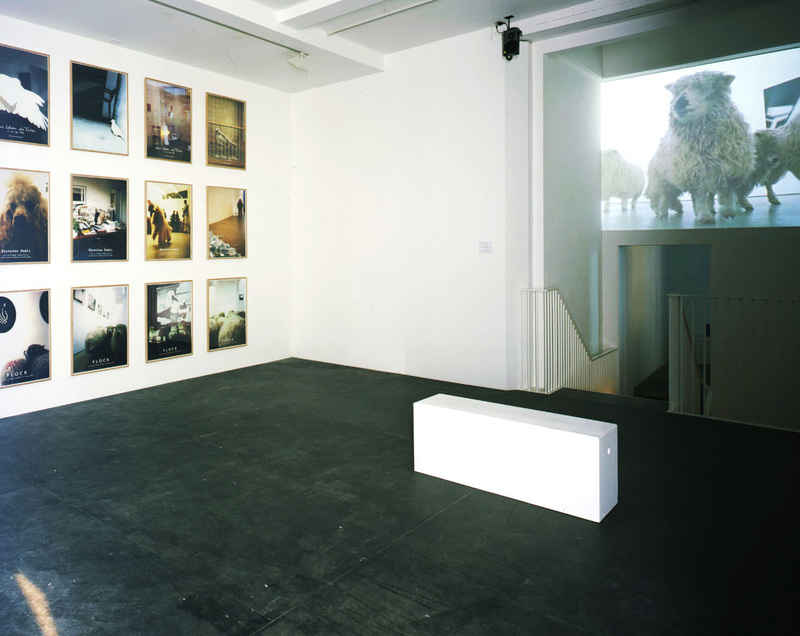 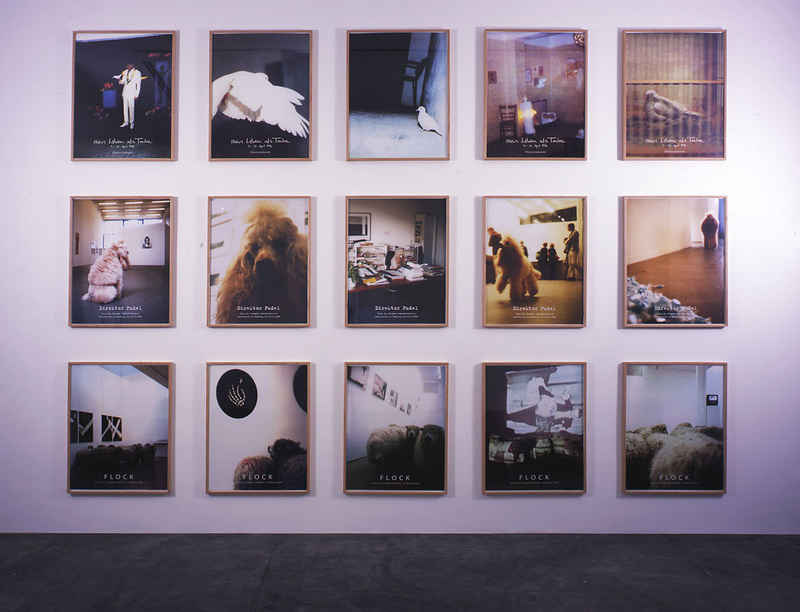 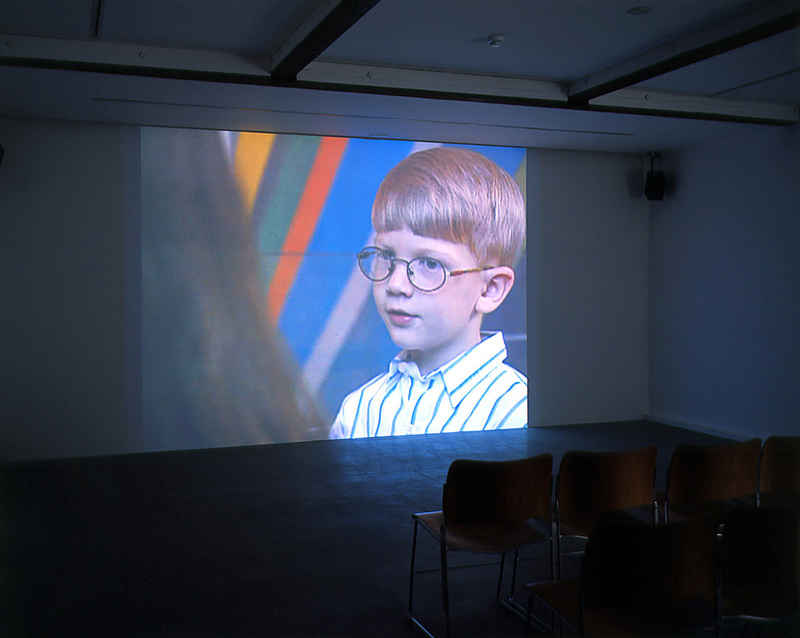 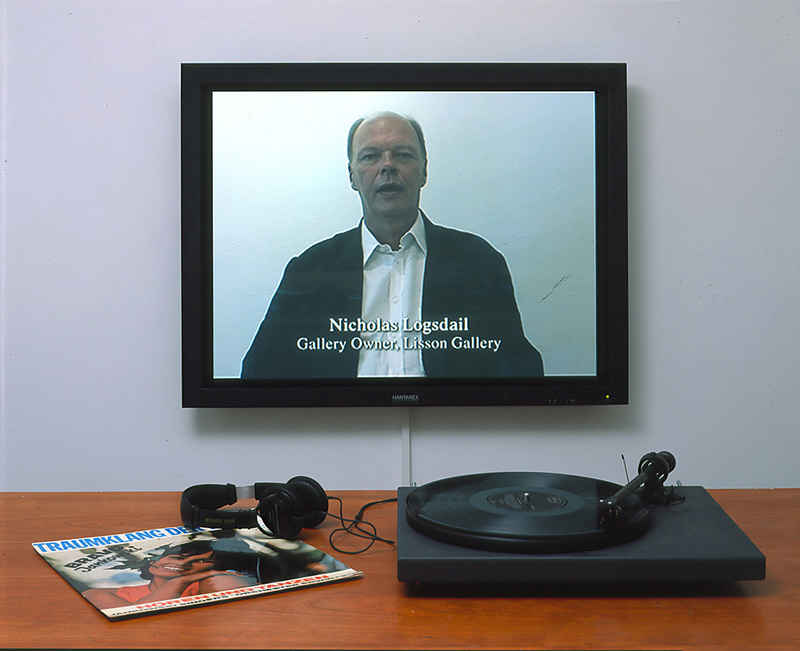