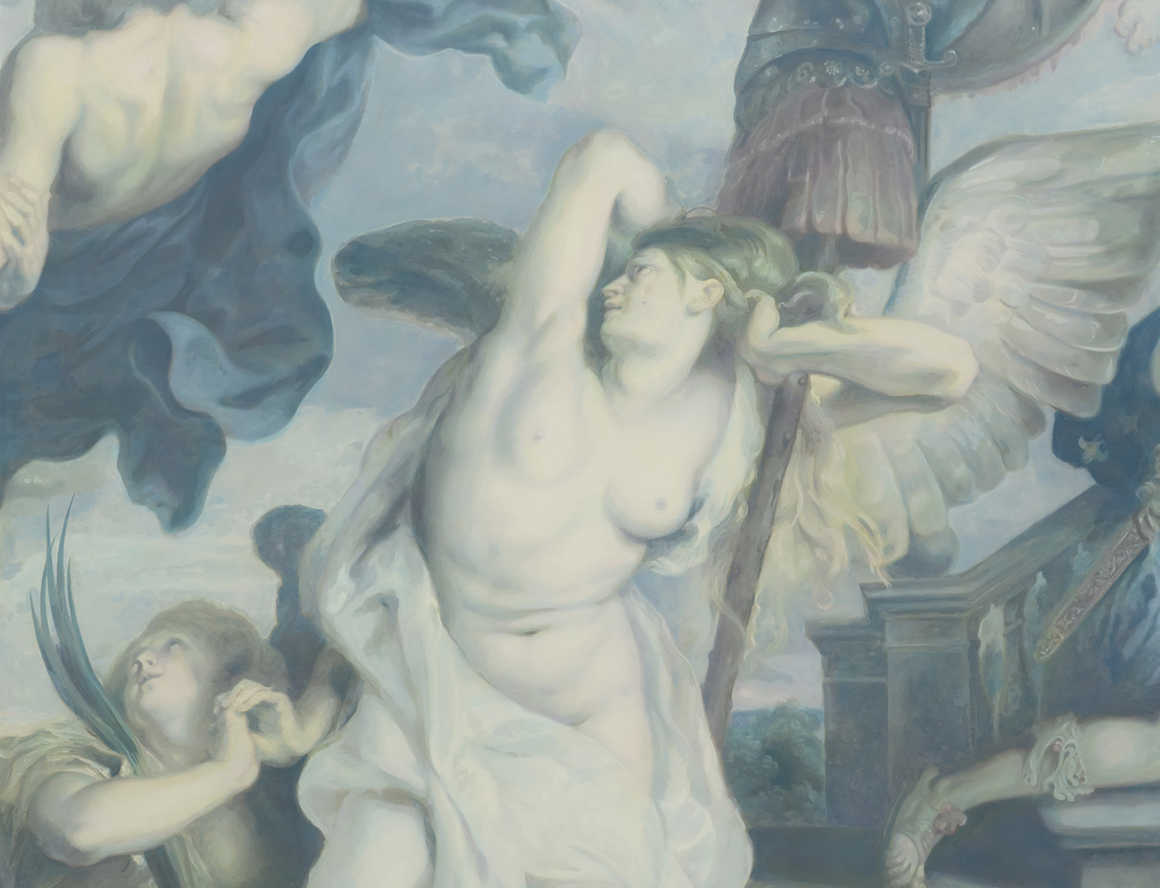 At Lisson Gallery, Thompson shows a series of new paintings, collectively titled Several Bellonas. Each is a life-sized detail from a larger Peter Paul Rubens panel in the Louvre, Apotheosis of Henry IV and the Proclamation of the Regency of Marie de Medici (1625). Rather than simple, studious copies of an Old Master, however, these multiple reinterpretations are akin to radiographic scans, in which Thompson goes beyond the surface of the original, breaking it down into its constituent parts, before building it back up again. Mimicking the process of image production associated with printing presses, Thompson paints in successive layers of black, cyan, magenta, and yellow. In reducing painting to an act of transcription of decomposed elements, there is room for deviations and differences to emerge and multiply from the original and across the series as a whole. Here, minor variations in densities of color cascade to produce differences across the surfaces of each painting. Unlike the shifting light in Monet’s haystacks, which charted time, in Thompson’s series, this shift comes from slips of attention and an approach that indexes and amplifies errors in navigating an increasingly confused technical image. This technique attends to both the impossibility of refuting technology through handwork and of stripping back the Rubens painting to a mere set of instructions, or lines of code.

Paul Cézanne drew Rubens’ Bellona ten times over the last twenty years of his life, creating a series of drawings that would become a point of reference for Thompson starting in 2005, while working with artists Sam Lewitt and Gareth James on a fictional journal concerning drawing, titled Scorched Earth. For Thompson, Cezanne’s drawings of this allegorical figure of war held together reflections on the role of museums, the motif, and shifts in technologies of image-making. In 2018, Thompson began his series Toolpaths for Bellona, in which Cézanne’s drawings were redrawn line by line, translated into start points, continuous lines, angles and end points. These were then fed into a CNC machine to faithfully reproduce mechanical versions of varying scales and materials, successfully recreating the pressure of Cezanne’s pencil. Having established a data set for each of Cezanne’s drawings, Thompson produced forty-five new unique works, derived from the forty-five possible pairs of drawings within the set of ten. While containing elements from each of the “parent” drawings, their offspring would resemble neither, using techniques from data science and machine learning to ultimately generate new compositions.

Thompson then subjected these forty-five new drawings to the same process, leading to an exponential growth, and an exploded population of 990 unique derivations. While typically, similar techniques of data synthesis are geared towards a supposed optimization of the information at hand, Thompson looks towards systems that produce results, rather than conclusions. This focus on sequence over culmination calls to mind the processes by which newness, originality, and our contemporary fascination with gilt-edge novelty are generated by the technological. The culmination of a project started in 2018, these 990 drawings arrive now, alongside an exponential burst of expansion and public access to new forms of artificial intelligence. They are presented here frame-mounted and color-coded to visually identify each drawing and its place within the combinatorial sequence from which it was produced.

At Andrew Kreps Gallery, Thompson continues his Displacement series of paintings, each of which also begins life as a homage to the standardized grid. After laying down this regimented ground, a series of custom-made silicon tools are employed to disrupt the still-wet, gridded surface and impose the abstracting, chaotic force of the artist’s interventions. Making drags and smears across the surfaces of these works, as though swiping a hand across a screen or tablet, Thompson rearranges the five-millimeter, pixelesque black squares into glitched, attenuated forms, stretching and bending the grid back through and beyond itself into three and perhaps four dimensions, if you allow for the passage of time through these spaces.

The transparent, x-ray quality of Thompson’s Bellona series is again evident in these Displacement works, which are richly layered with spray-colored bands that mark a regular half-meter interval with irregular gradients. The lozenge supports bisect and measure the feature wall of the gallery, setting the basis for a repeating unit that fills and nearly exceeds the architectural container. Multiple measuring systems slip in and out of phase with one another, allowing the canvases to function as ‘displaced’ elements from a larger, nested set of determining structures.

The final of the four series, also exhibited at Andrew Kreps, are 13 new drawings in Thompson’s TouchTime series that feature elements of Houdon’s Ecorché, a skinless figure used in the teaching of anatomy. These drawing are executed using a custom built touch-sensitive surface, where a microcomputer records exactly 10 seconds of contact time between implement and paper. By restricting his involvement to minutely recorded, and constrained bursts of transient mark-making – either long, slow lines, or rapid-fire, staccato stabs – Thompson can quantify his artistic labor and rationalize the production of knowledge. TouchTime relates to both this interactive limit to the drawings production and to the durational concept of Takt time that is used to organize work hours to meet demand in manufacturing. Far from the mechanical universal clock time that helped discipline the wage relation, the infinitesimally small unit of the compute cycle utilized in the TouchTime drawings allows for far more flexible, pervasive forms of capture.

In the Spring of 2023, Lisson Gallery and Andrew Kreps Gallery will co-publish a catalogue of Cheyney Thompson's recent work, including essays by Benjamin D. Piekut and Jennifer Nelson. 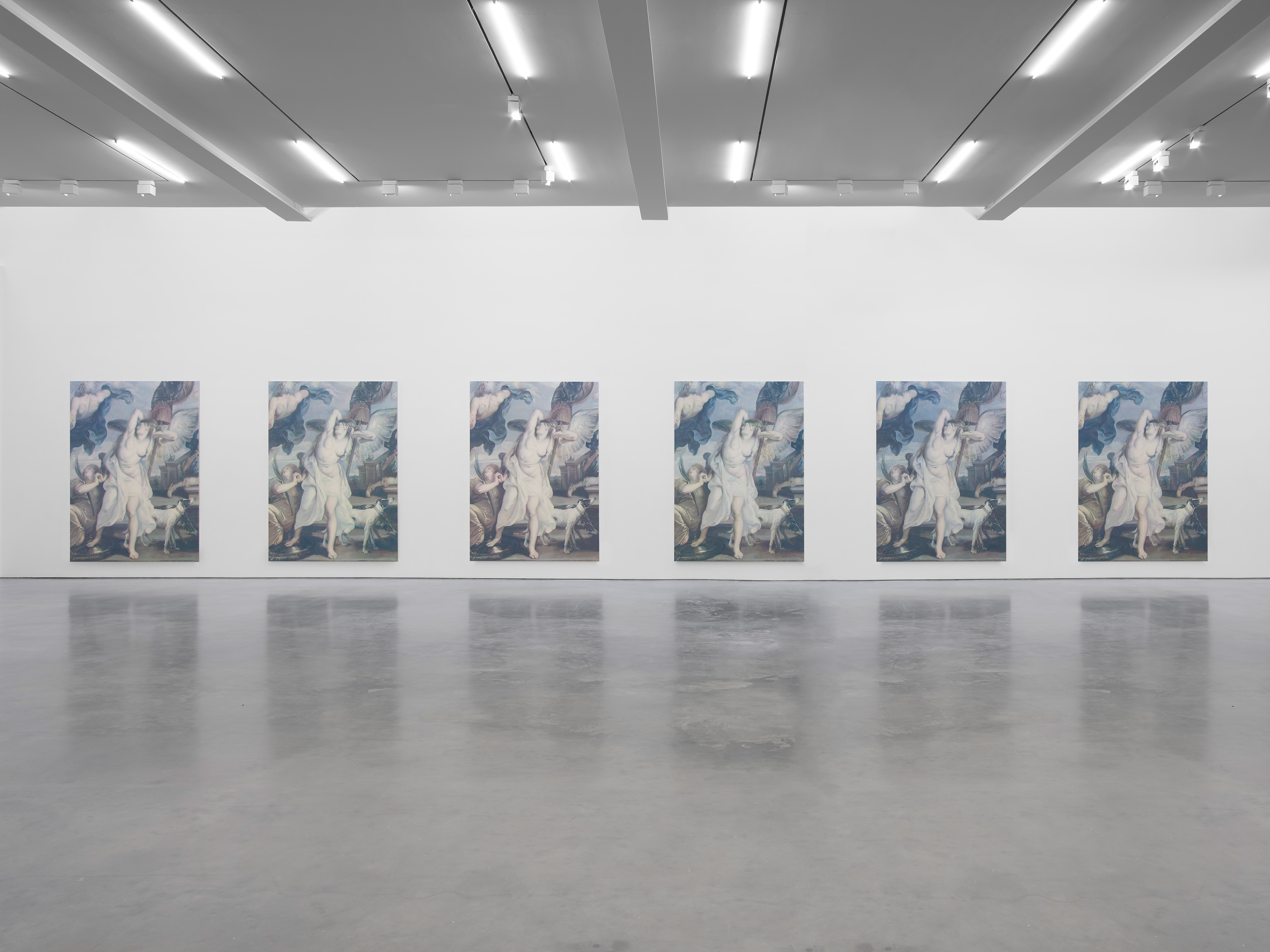 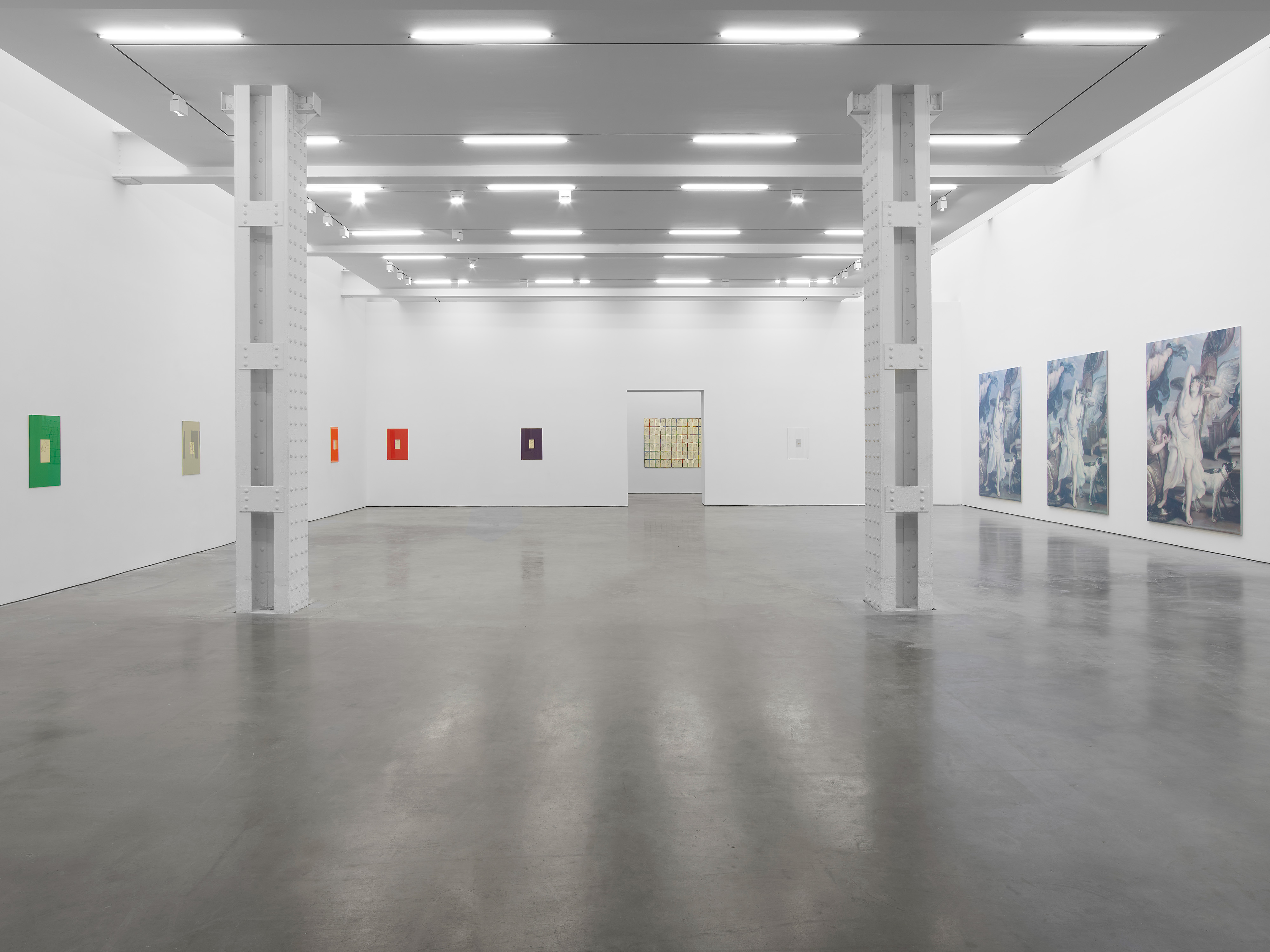 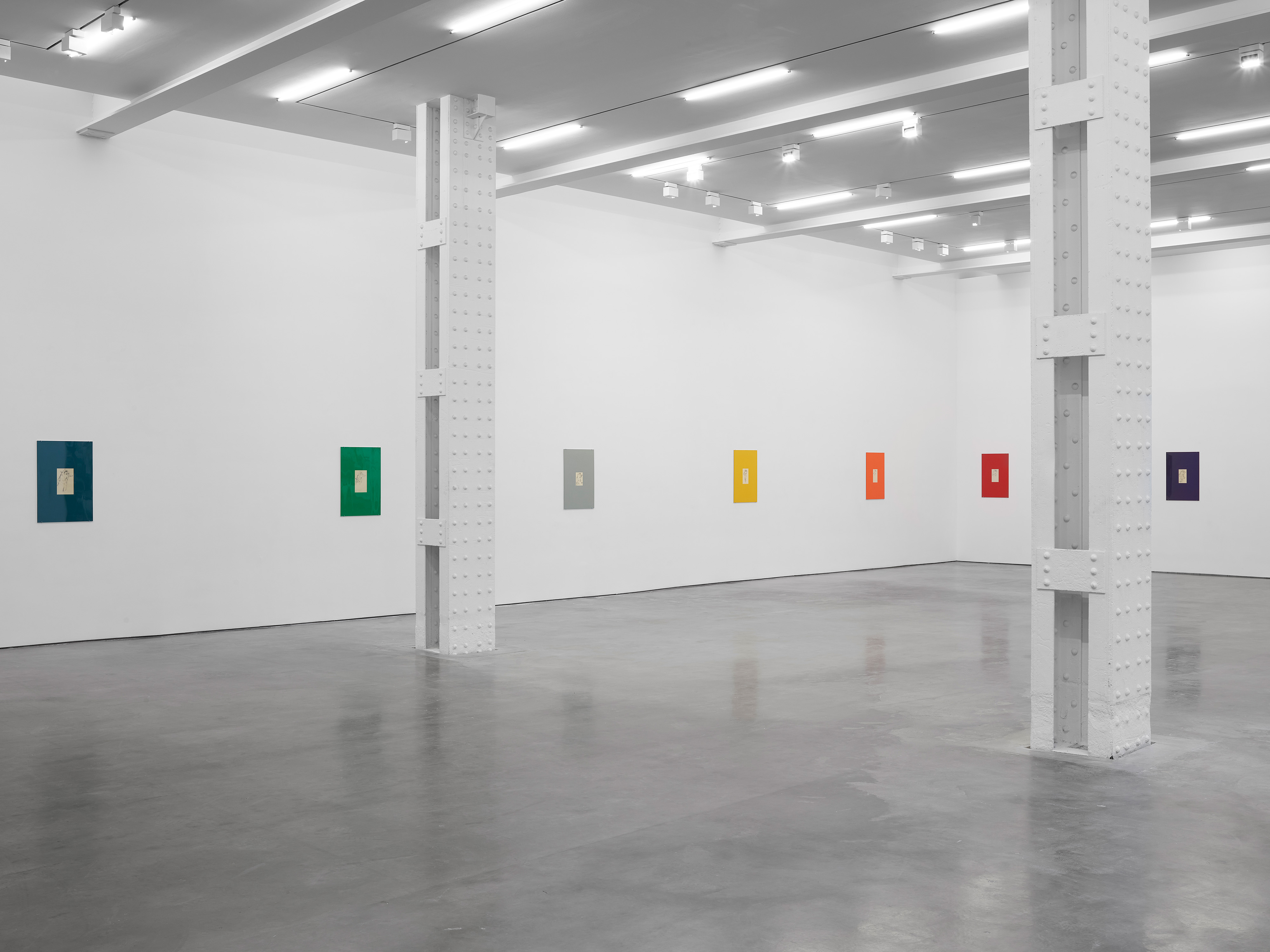 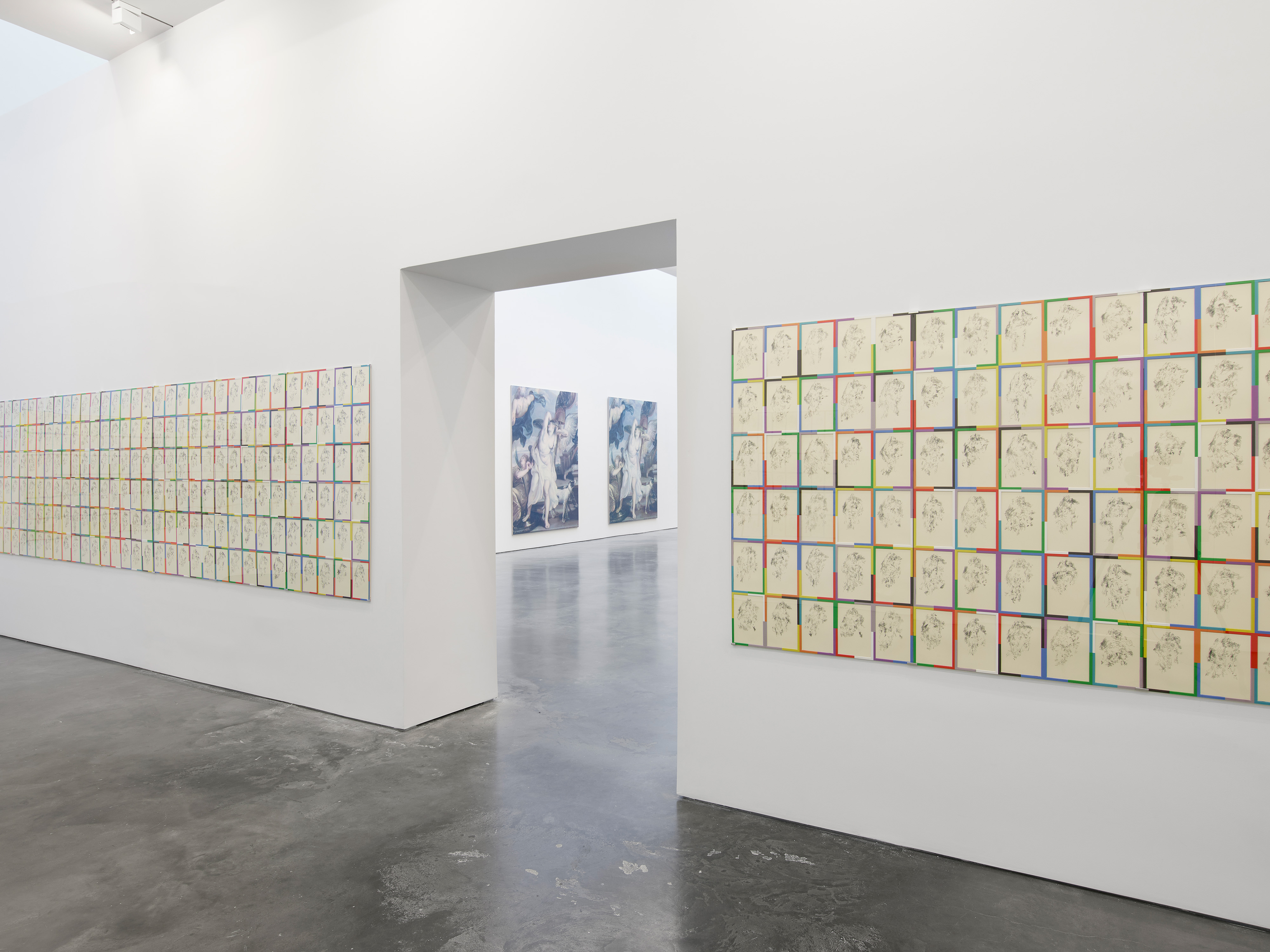 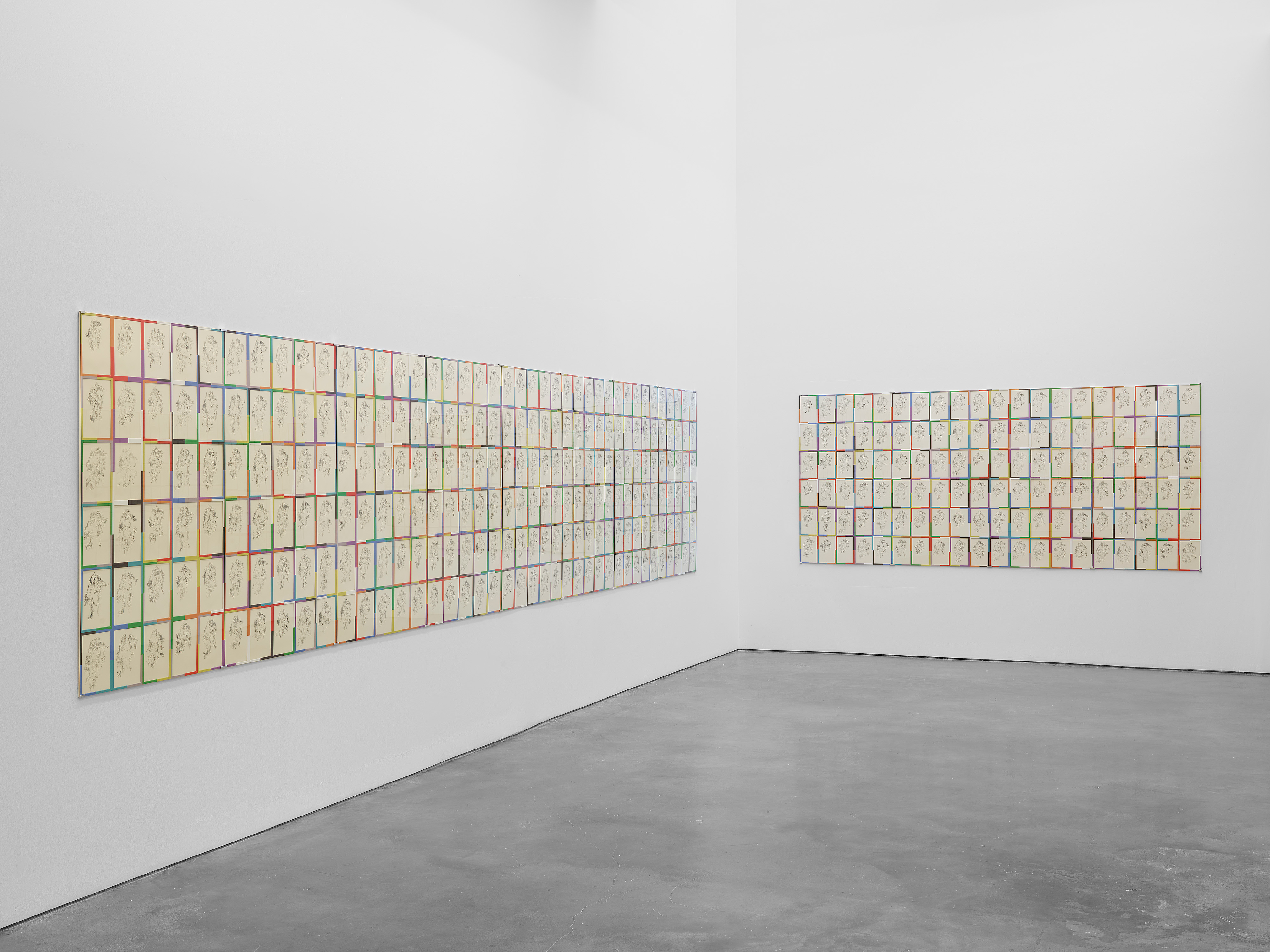