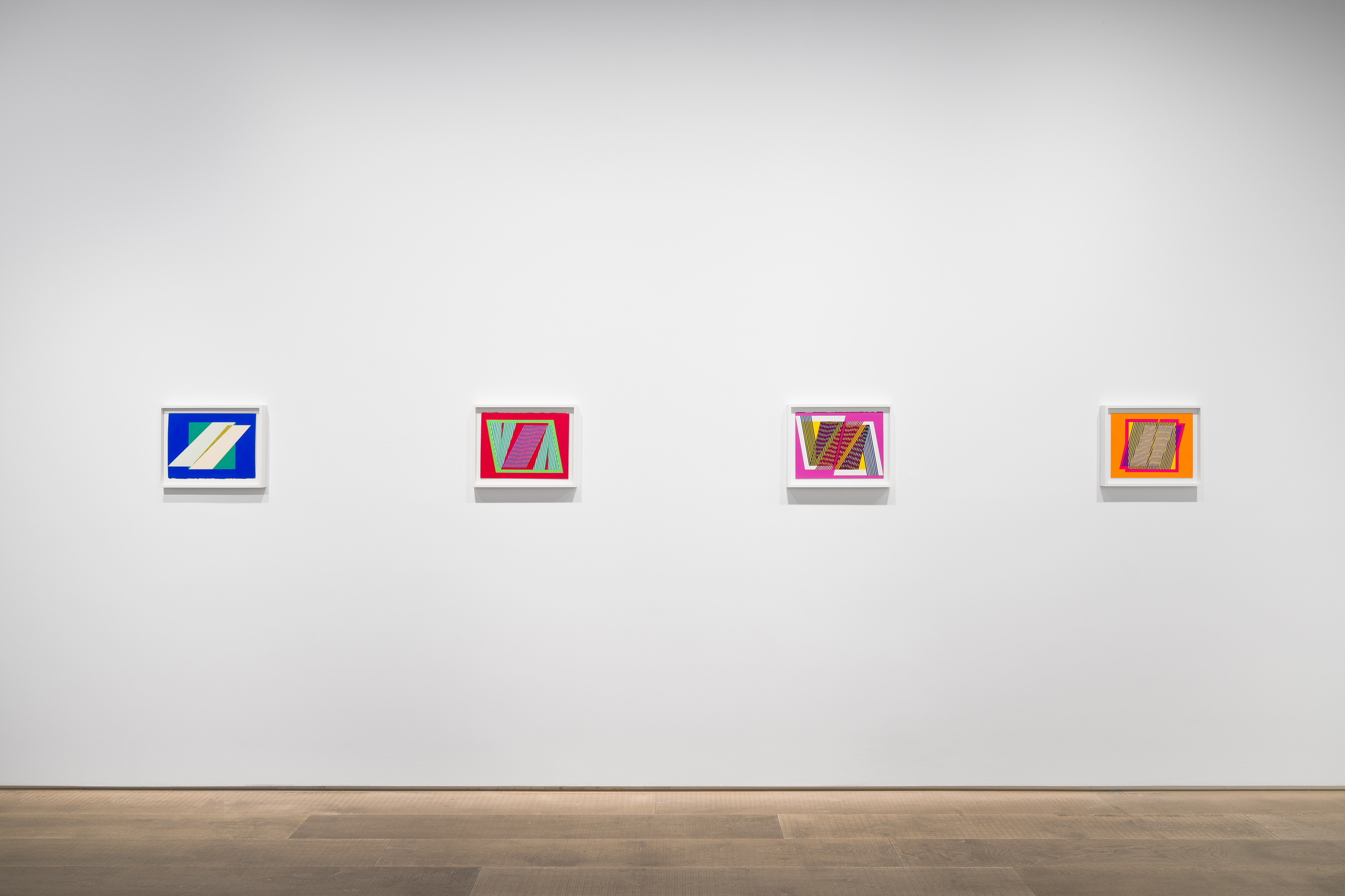 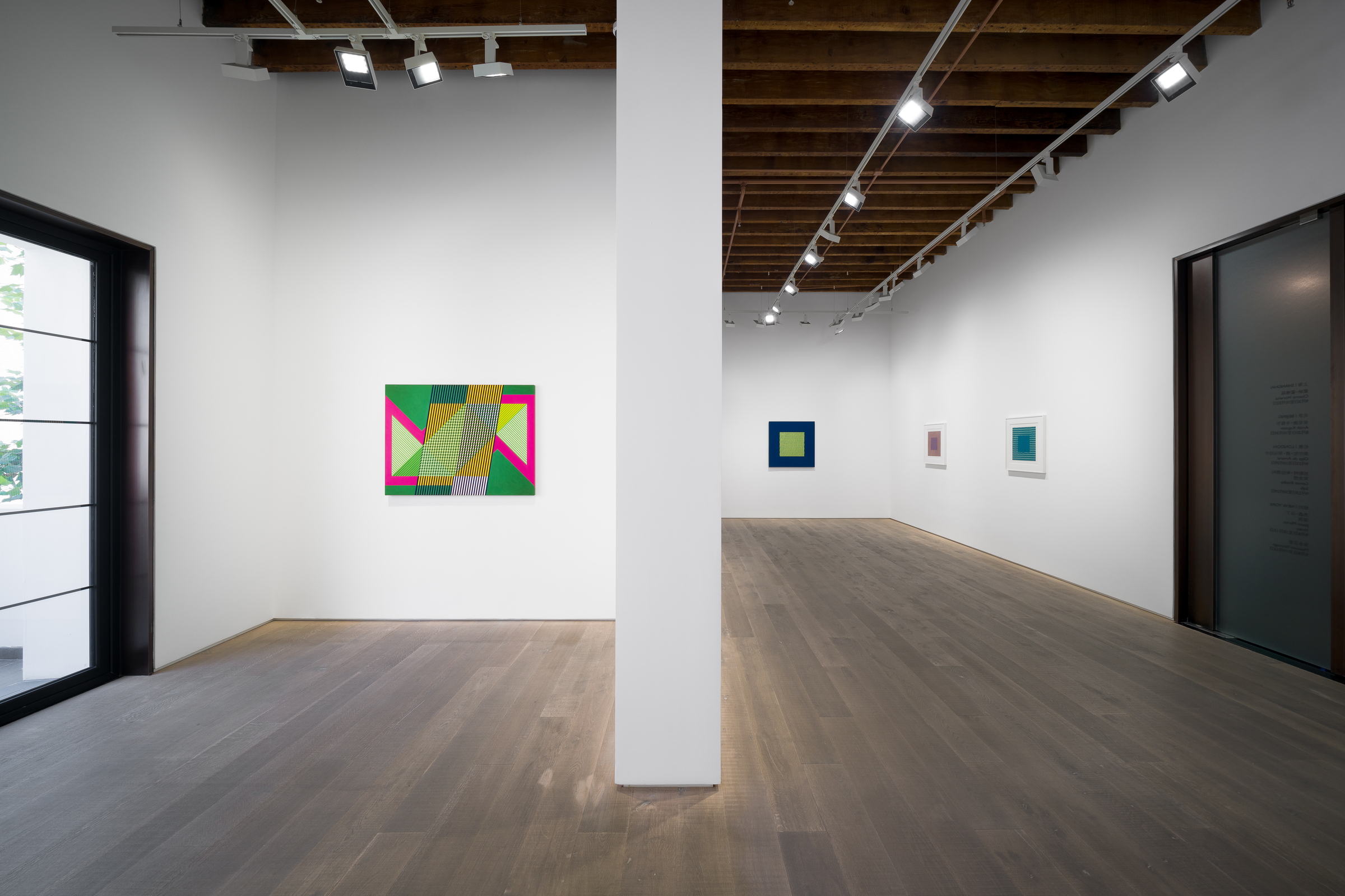 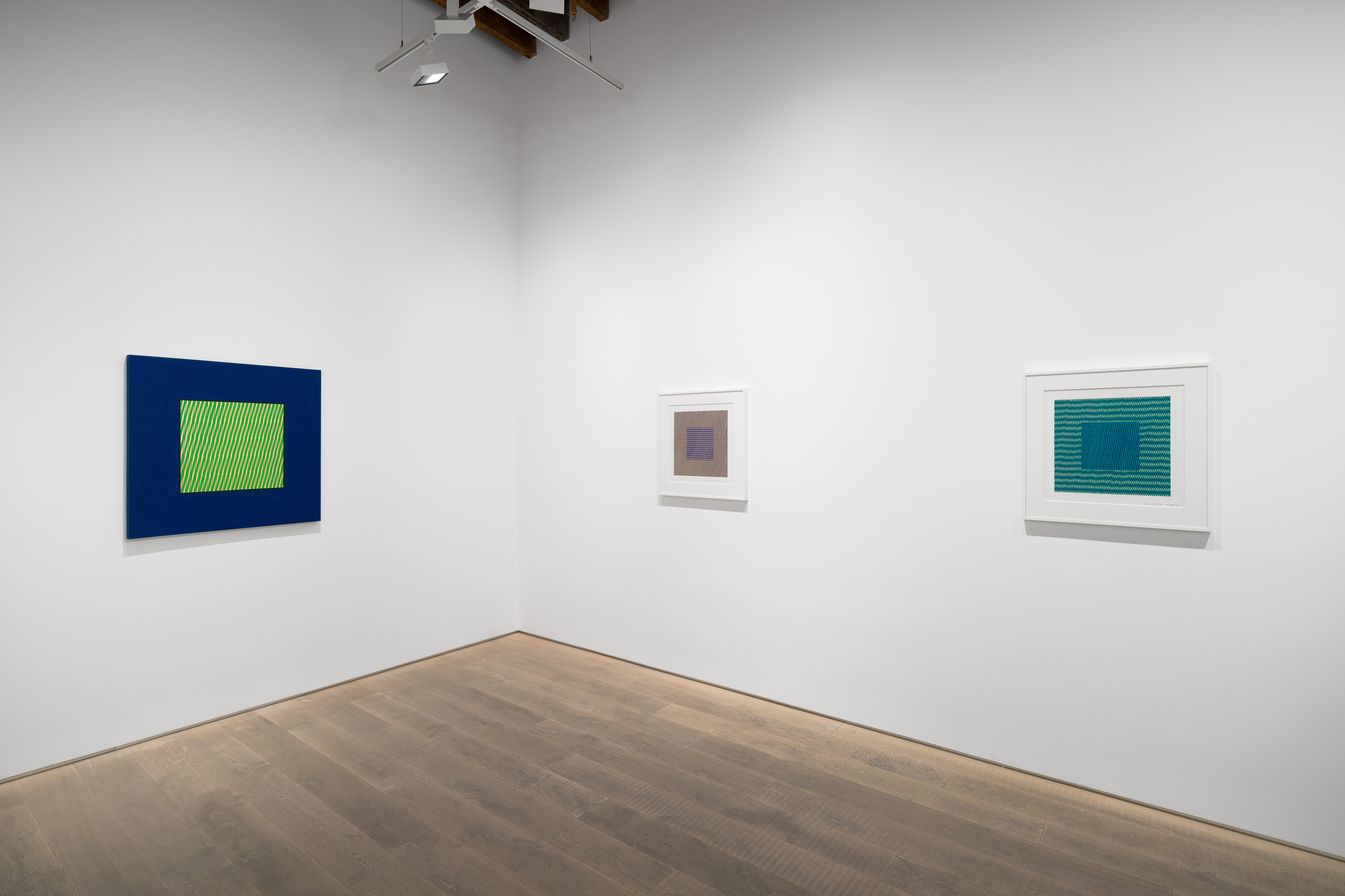 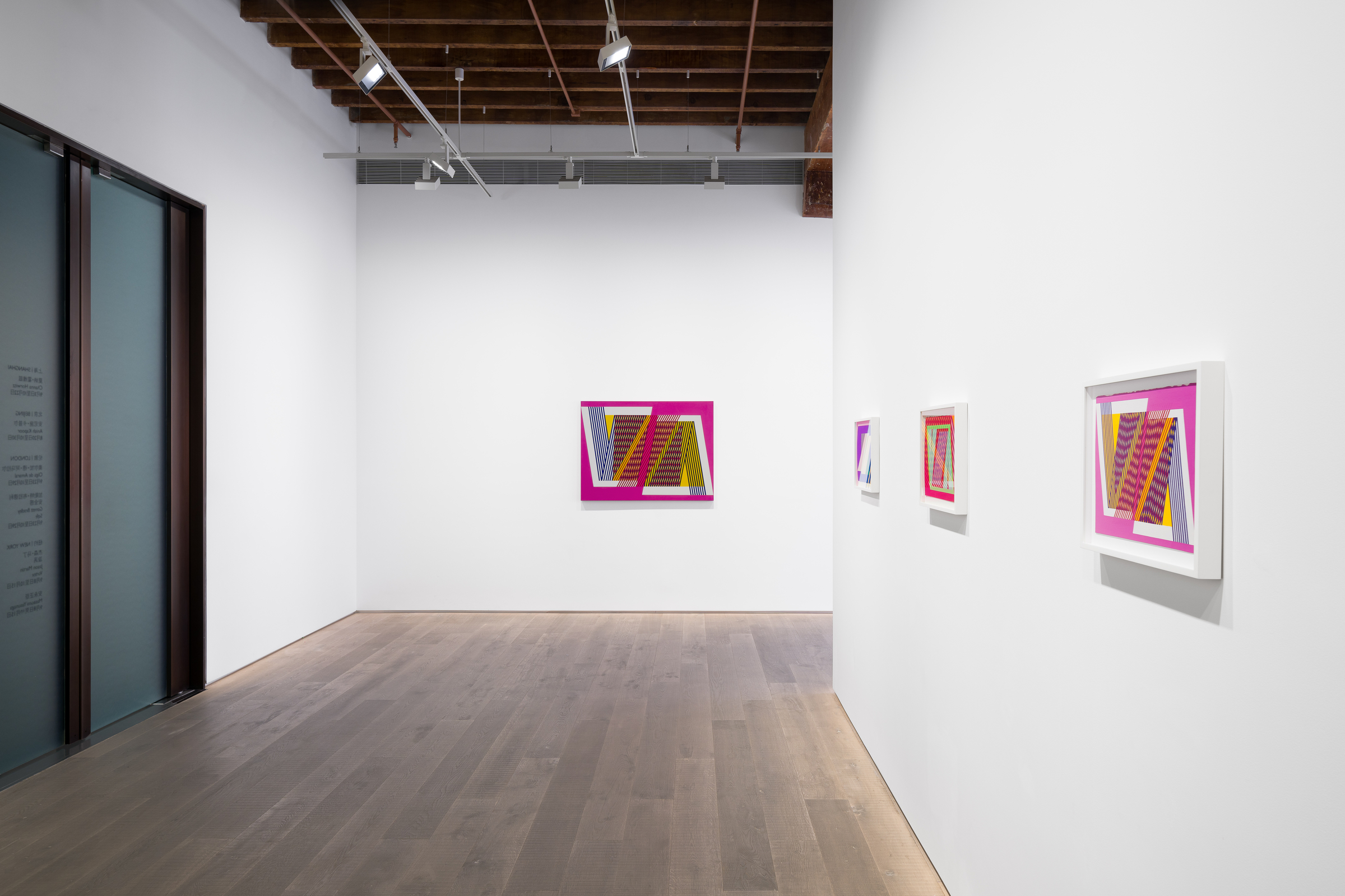 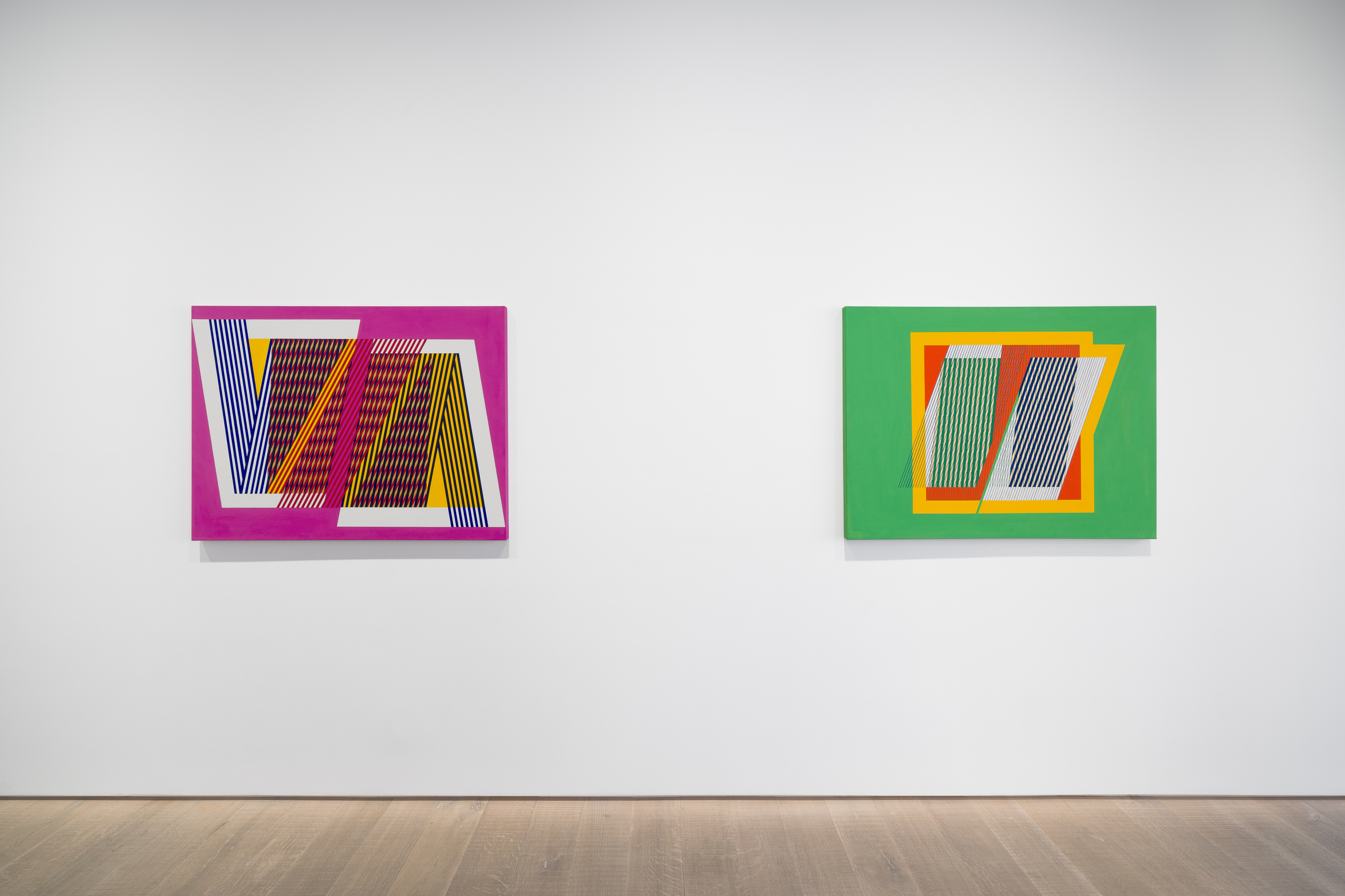 Lisson Gallery is pleased to present Channa Horwitz’s solo debut in China, her fifth presentation with Lisson Gallery globally. Horwitz (1932-2013) is renowned for her role in the Conceptual Art and West Coast Minimalist movements, specifically, her mathematically constructed compositions which played with numbers one to eight. The exhibition offers a dynamic exploration of line, shape and pattern, highlighting the artist’s rigorous conceptual structures, self-determined rules, and her fascination with capturing space, movement and time. This presentation follows Horwitz’s solo exhibition with Lisson Gallery in New York, from 3 March – 16 April 2022.

After leaving school, the first thing Horwitz was interested in was reducing her choices to the least number. “The less choices I had the more I could discover”, she noted. Within the rules she had established for herself, she created a multitude of complex and intricate drawings, paintings, moving sculptures and performances. The rules she applied to each work were rigorously followed, causing sequential shifts as each pattern bourgeons naturally. Woven by their various configurations and set against a graph, these patterns overlap, moving incrementally through meticulous precision.

Under-recognised during her lifetime, despite the parallels between her system-based approach and the conceptual practice of artists such as her peer and long-time friend Sol LeWitt, Horwitz chose to pursue her own distinct language through logical systems. In Horwitz’s practice, each new body of work evolved as a deepening inquiry, born from the prior series. Setting the foundations of her guiding principles, Horwitz’s early artistic inquiry Language Series introduced repetitive patterns and numerical groupings that were organized sequentially based on combinations of eight pictograms. In the Sonakinatography drawings, Horwitz explored ways to compose movement and time, reflecting the artist’s philosophy of expressing the fourth dimension two-dimensionally.

The selection of works evidence Horwitz’s pursuit of freedom through the imposition of a fixed set of rules. Canon presents a kaleidoscopic grid, where layering and conjoining lines create a sense of movement as the colours burst and travel parallel to one another. Works in the Canon series involve an expansive relationship of numerical sequence, line and system, evolving further as the Moiré drawings, in casein and gold leaf, share a close methodology and use of systems. It was when creating the Moiré series that Horwitz realised she had been working with eight angles. She subsequently gave each of the angles numbers and a colour as she searched out all possible combinations.

The Moiré series provides an introduction to the various works from the Rhythm of Line ll series. Each work from Rhythm of Lines ll is composed from the pairing of two sets of eight lines, wherein each area of intersection creates intricate and unique moiré patterns. These paintings represent a vibrant example, with various shades of pink, orange, red, blue, green, and the inclusion of gold leaf. On the surface, these works appear mathematical and computer-generated yet all of the artist’s algorithms were entirely self-generated, resolutely hand-made and non-technological.