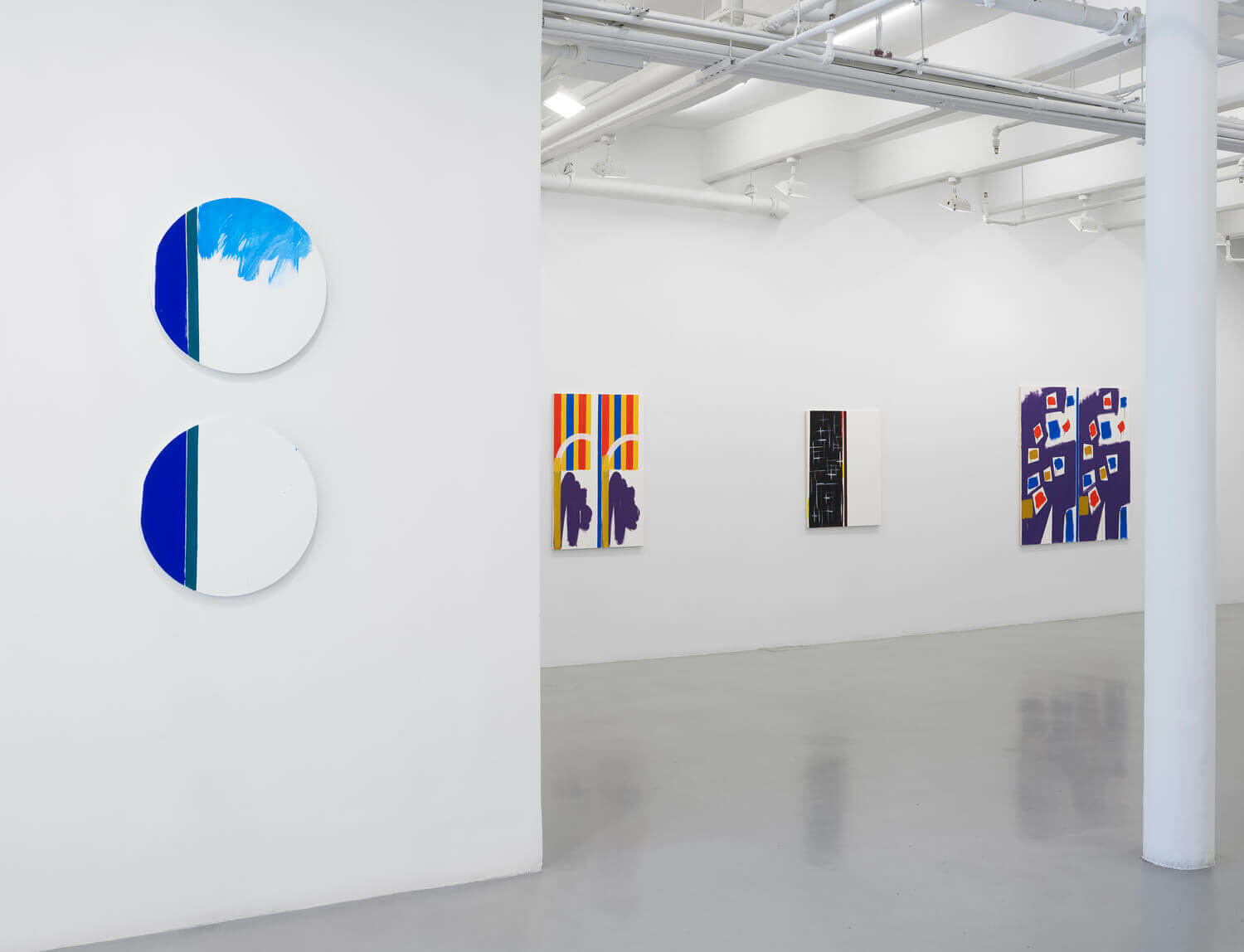 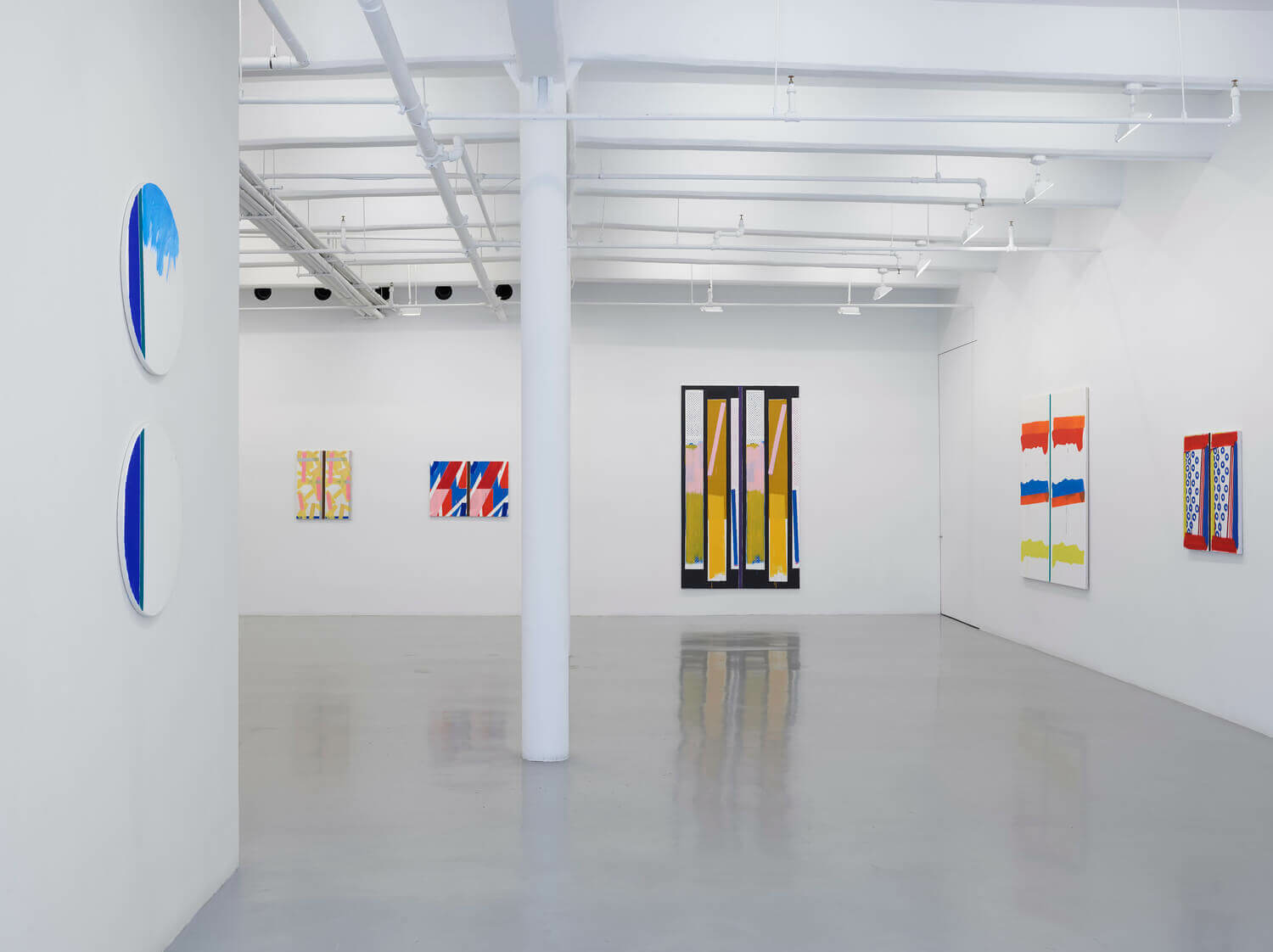 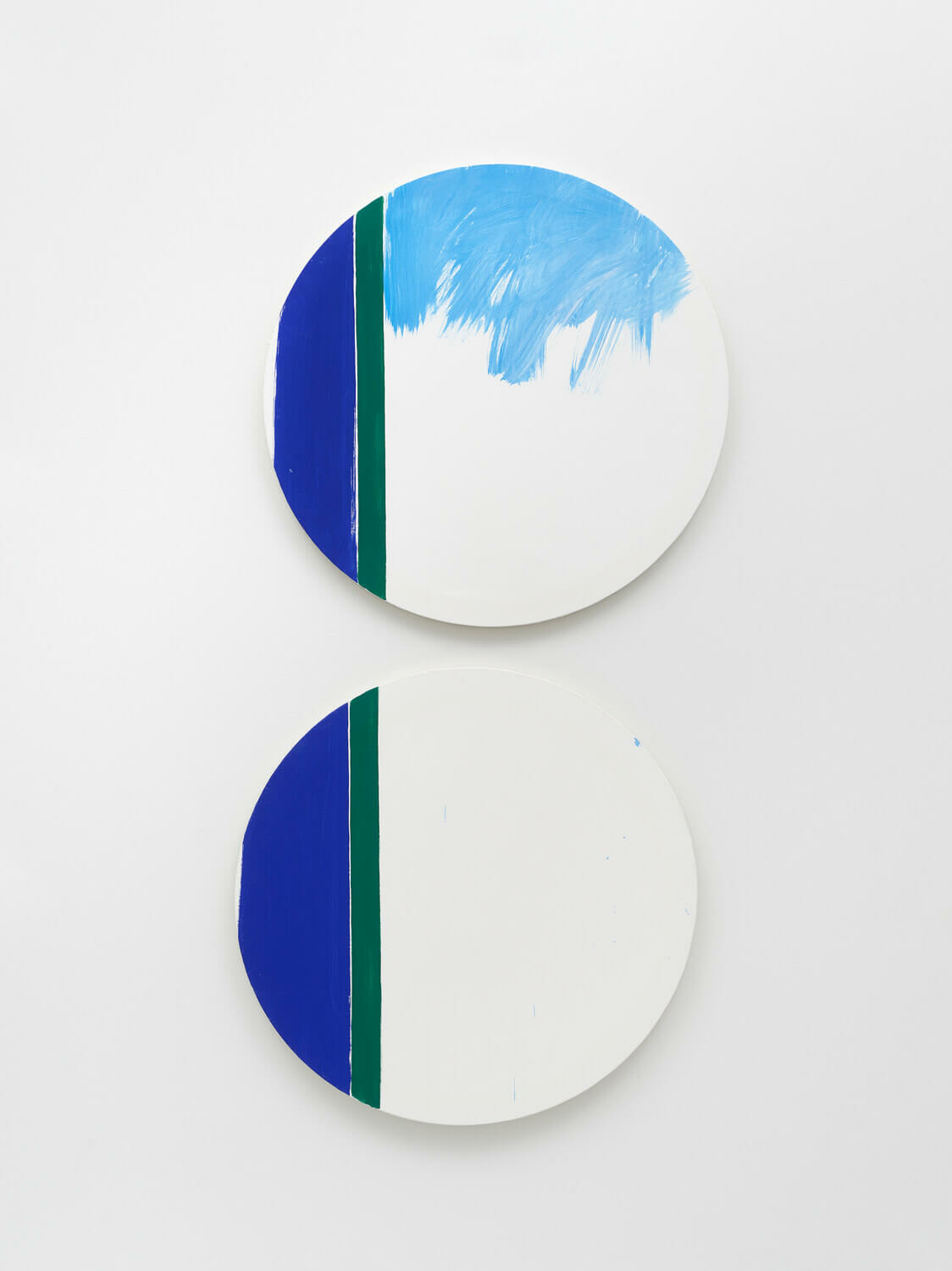 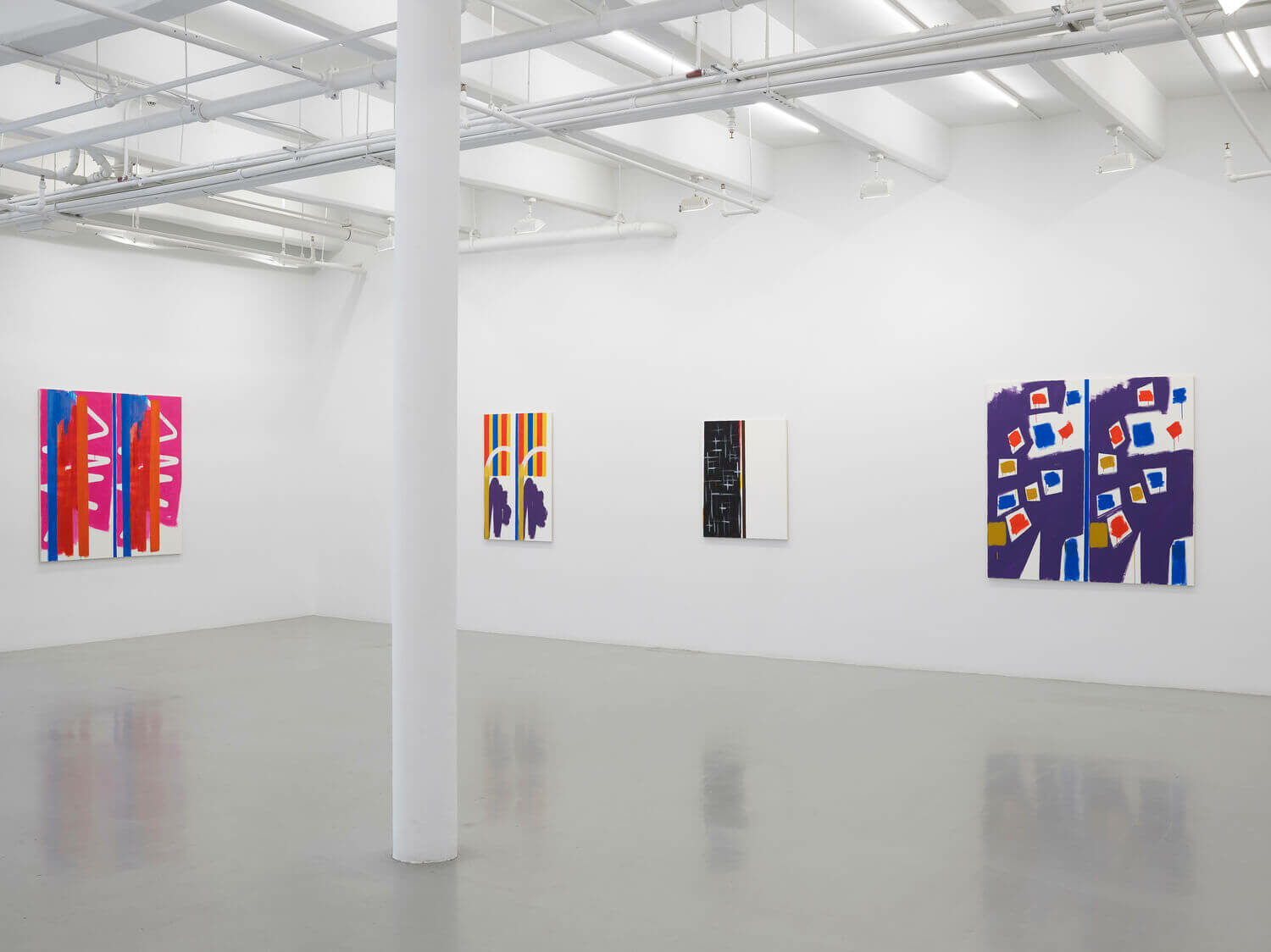 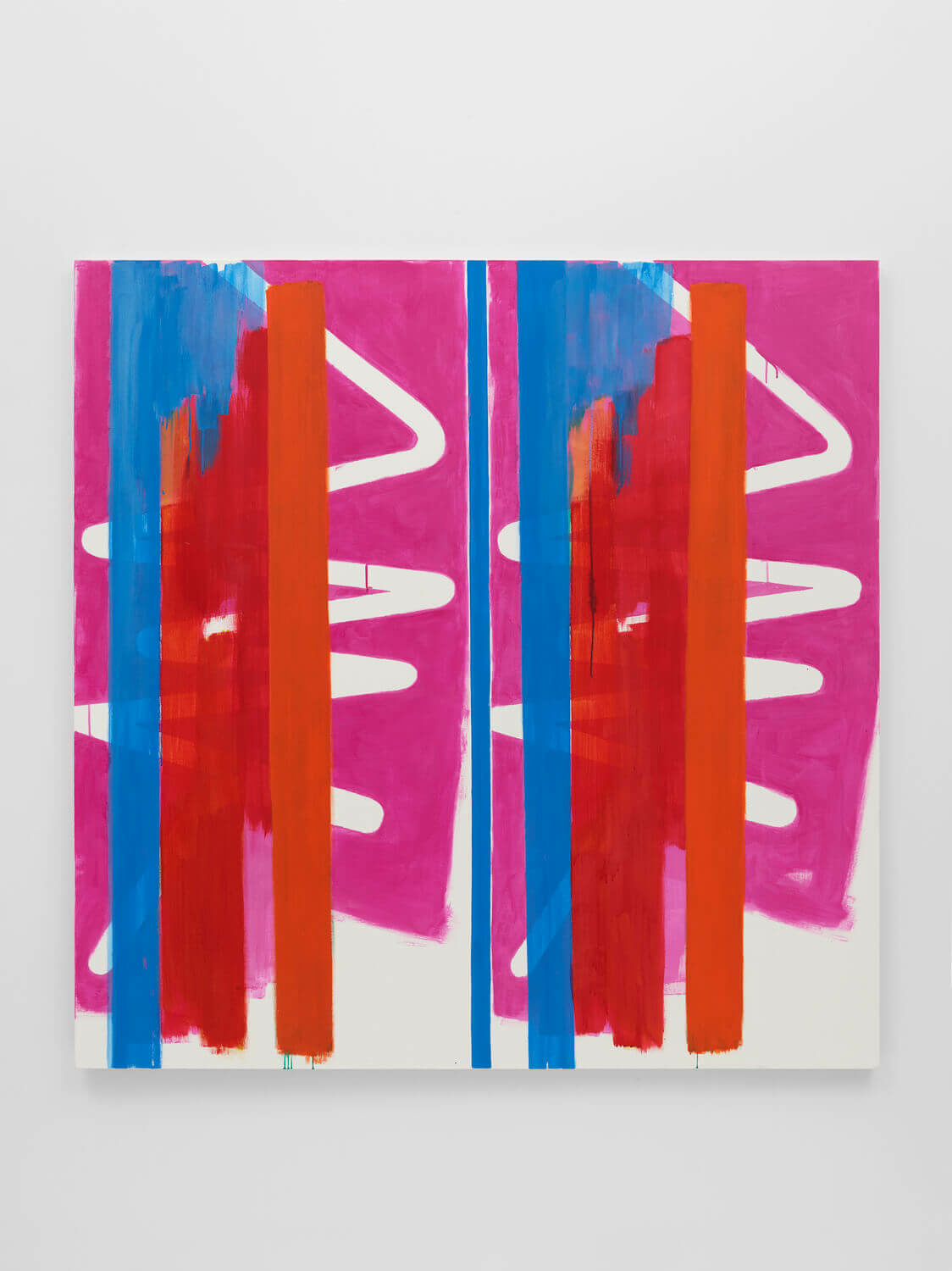 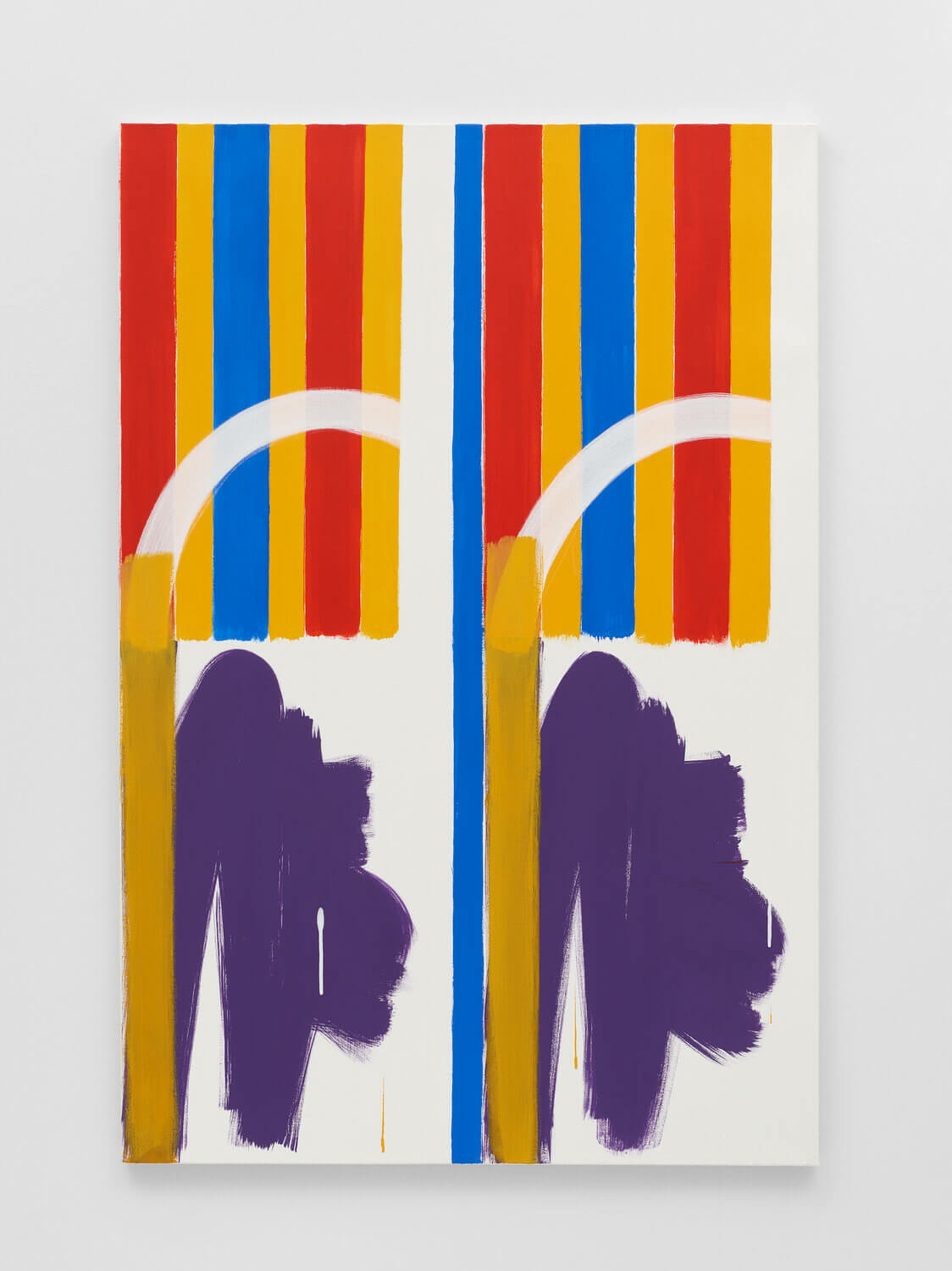 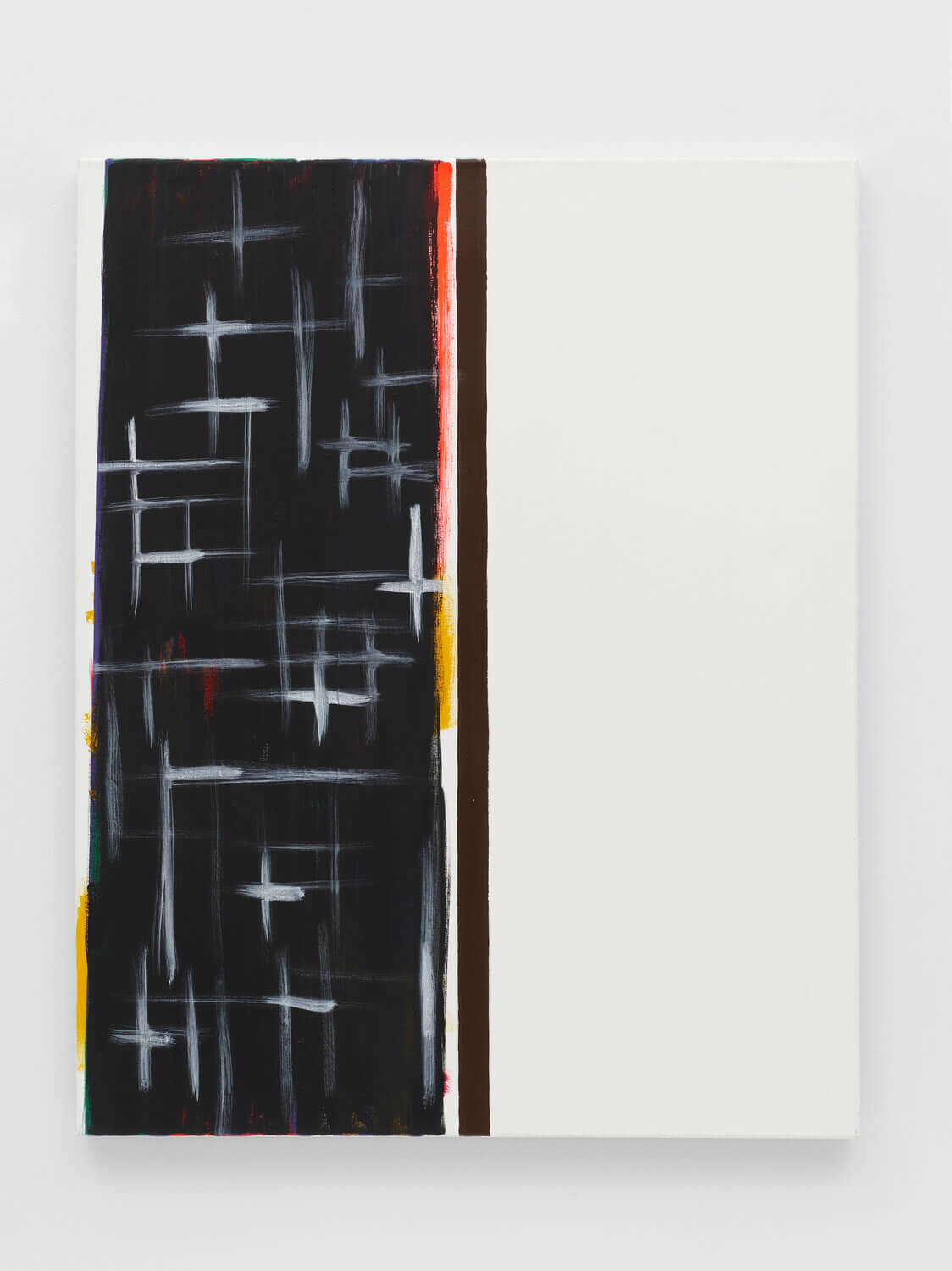 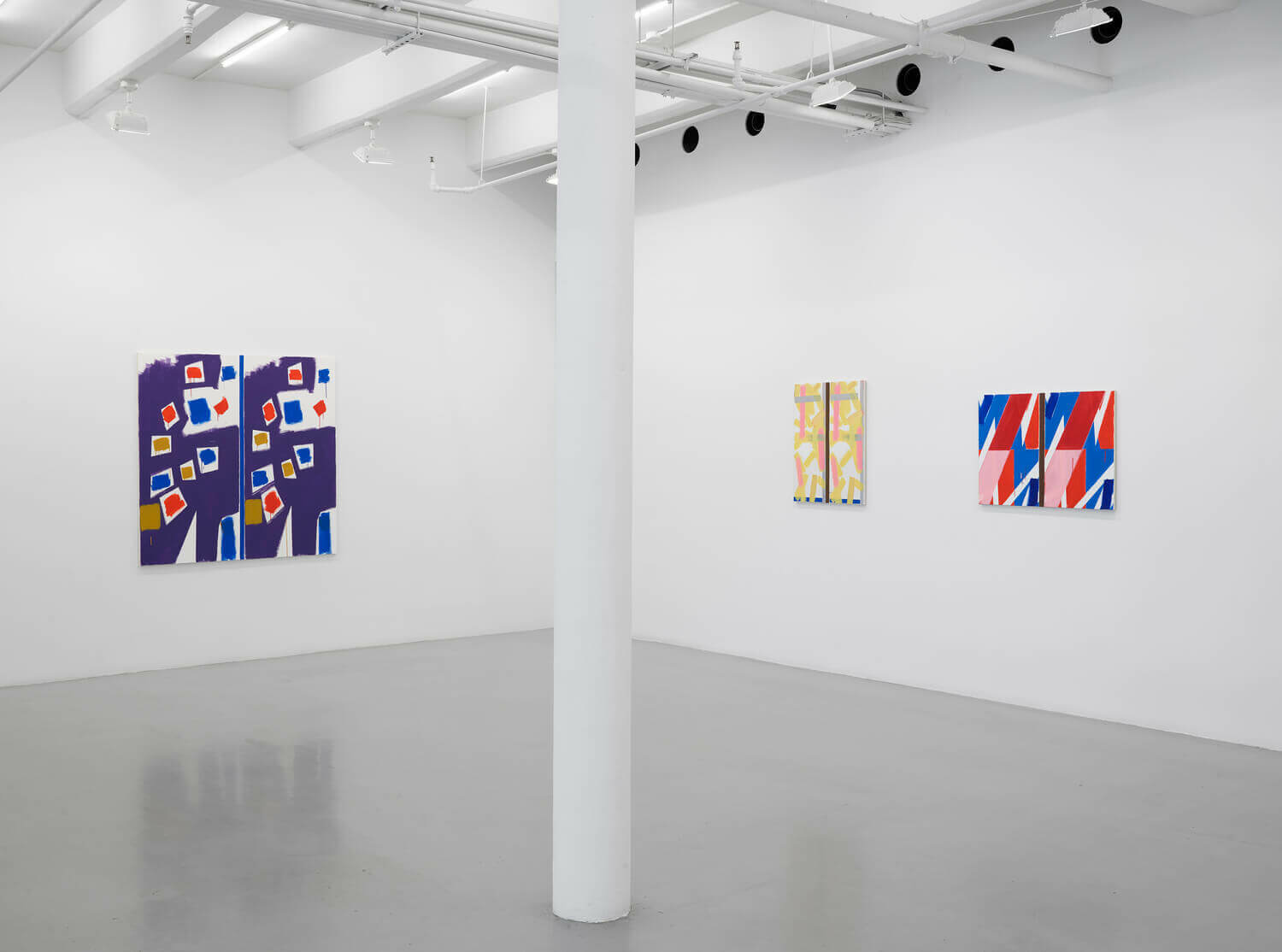 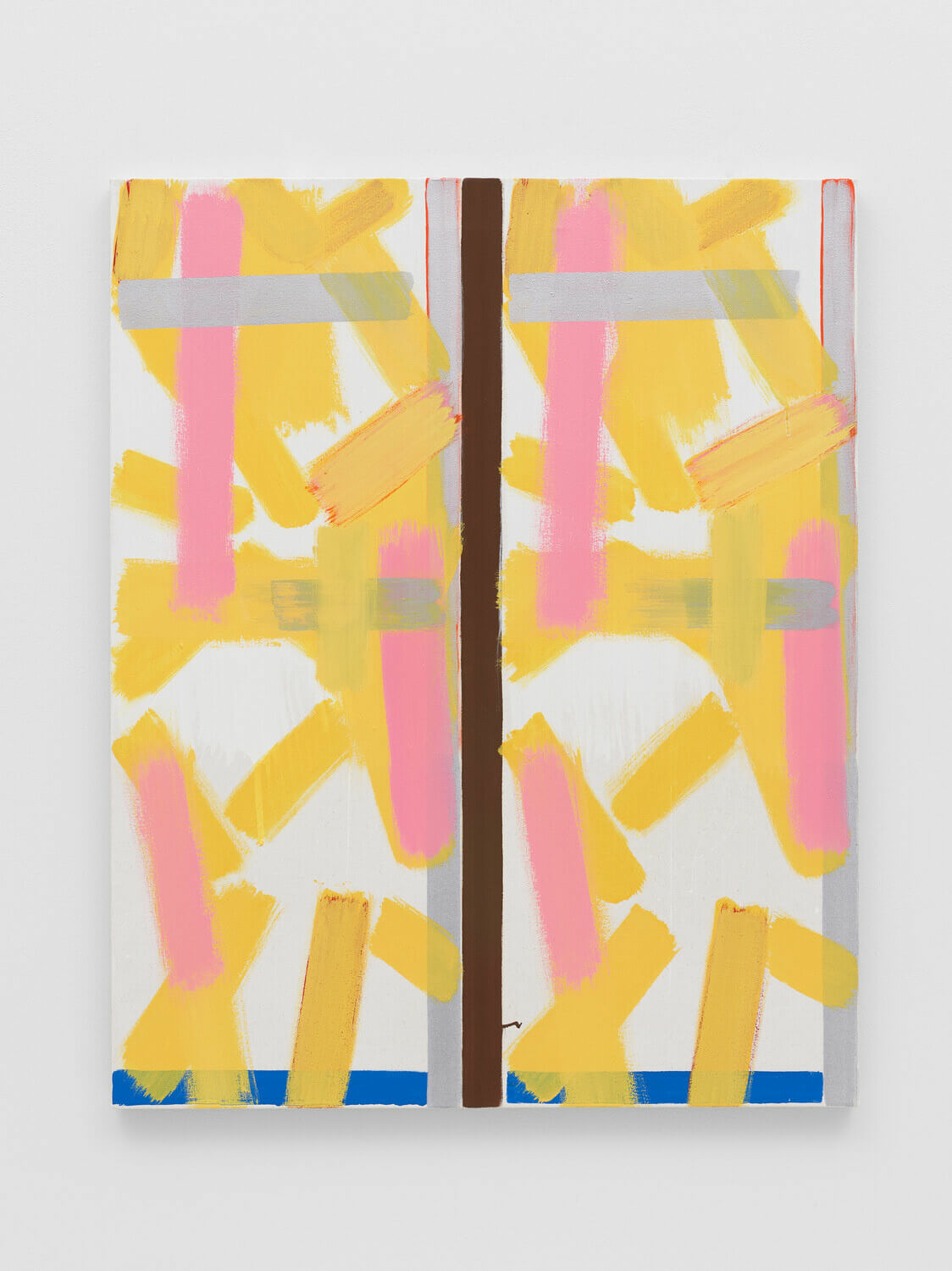 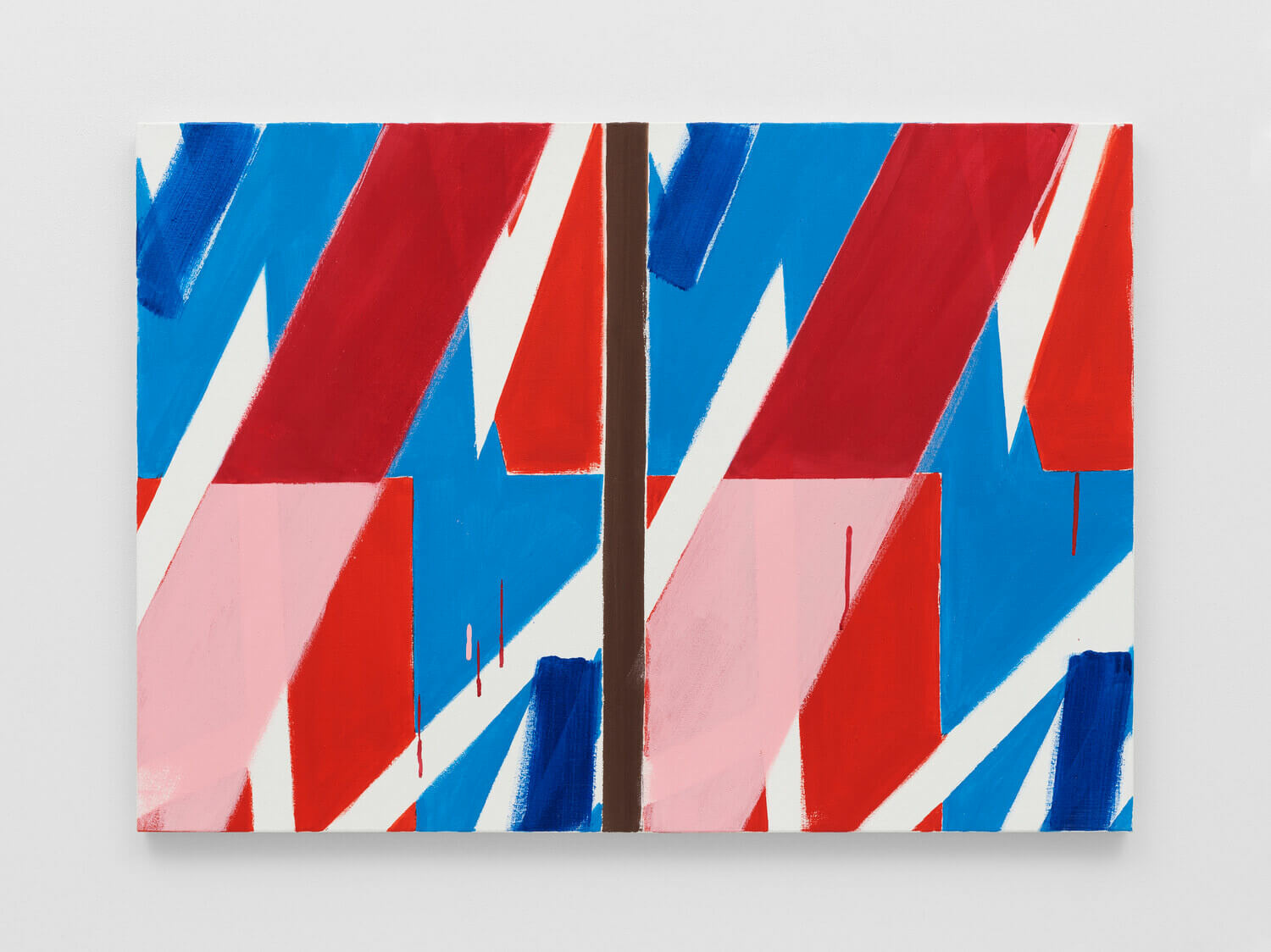 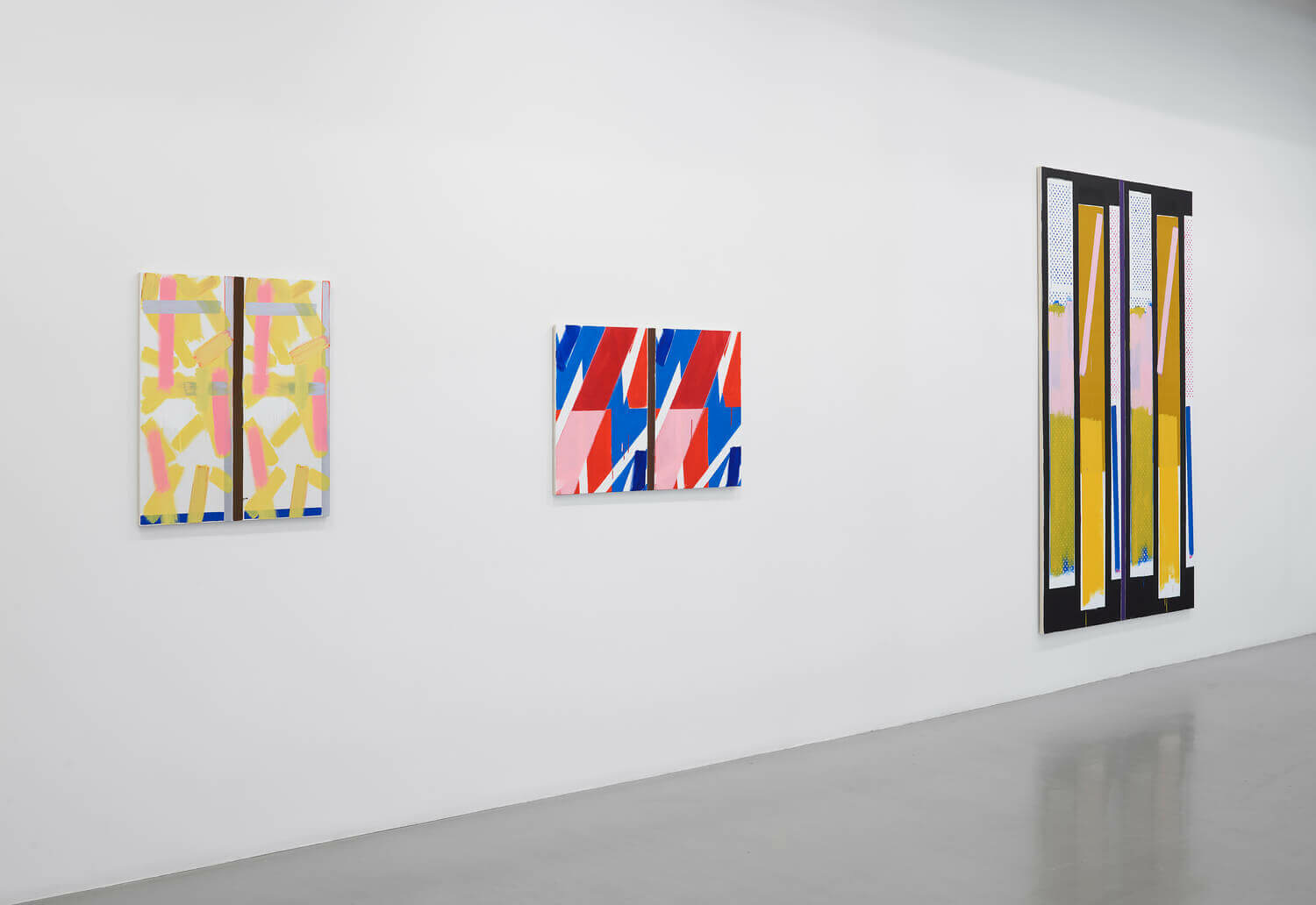 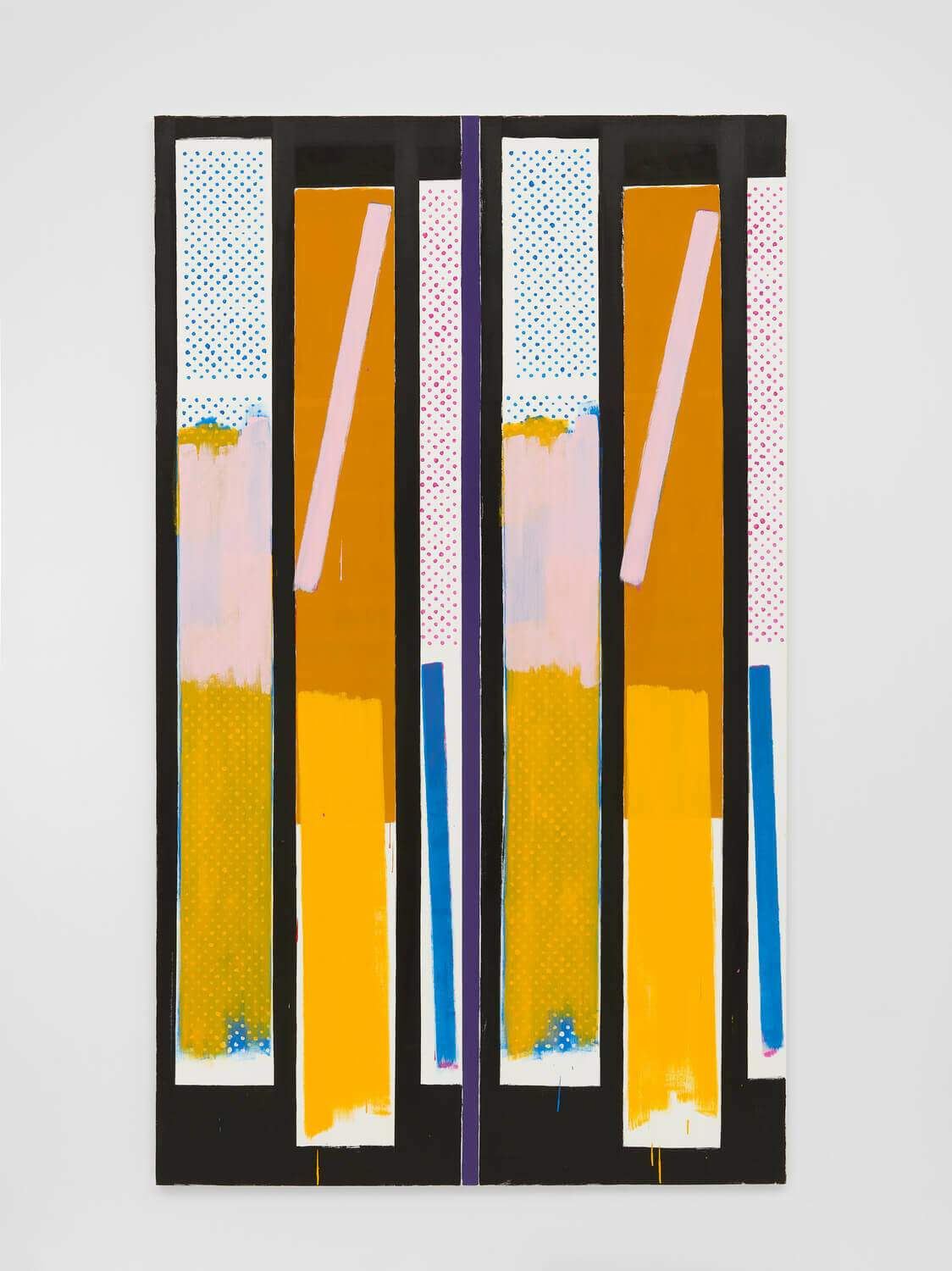 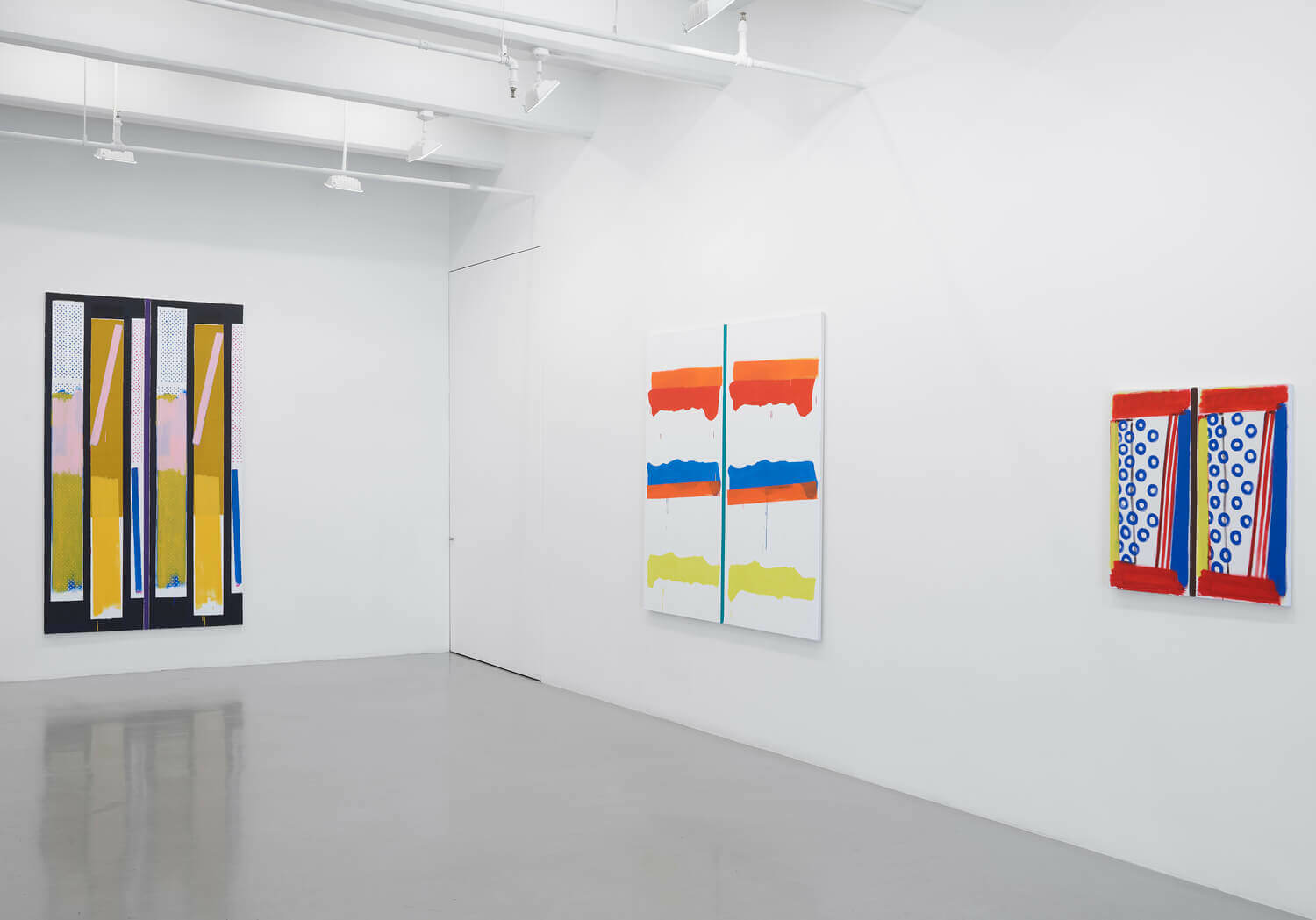 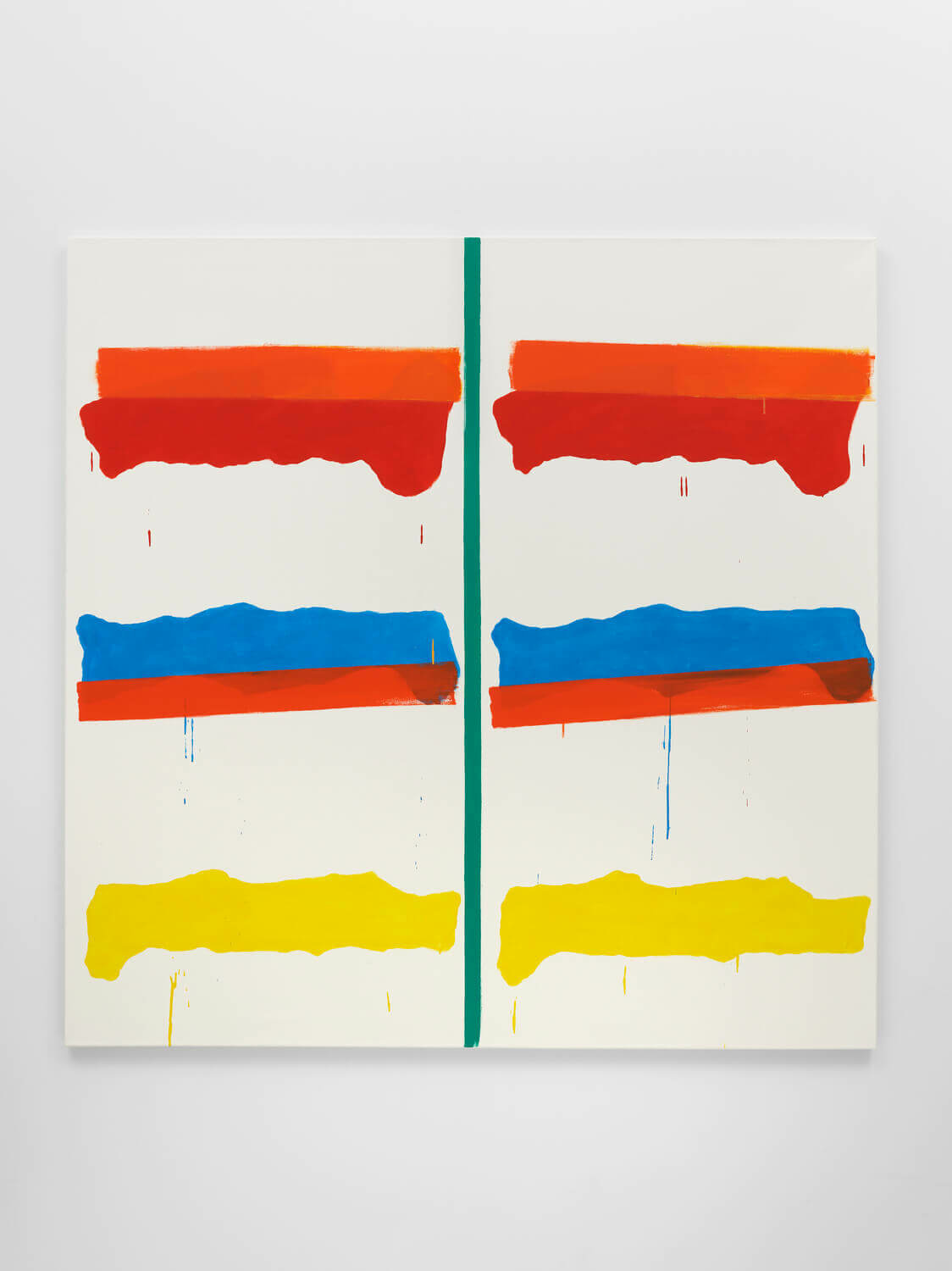 Lisson Gallery is pleased to announce the representation of Paris-based artist, Bernard Piffaretti in New York. For his first exhibition in the Tenth Avenue location, Piffaretti will present new paintings alongside a small selection of earlier work, all composed using the signature duplication method in which the artist has worked for nearly four decades.

After first dividing a canvas into halves with a central vertical strip of paint, Piffaretti creates a typically graphic, abstract composition in bold color on one side, and then repeats the pattern on the other. The viewer’s ensuing challenge of trying to ascertain which painterly act occurred first strikes at the heart of Piffaretti’s conceptual concerns.

By highlighting our aesthetic and emotional tendencies for problem-solving and resolution the artist both affirms and restrains the narrative power of painting. Through this technique of mirroring or doubling an image, the artist continues the philosophical exploration of difference and repetition. His occasional Tondi and petits tableaux works, with their surprise blank halves, subvert our expectations, and further emphasise the efficient simplicity of the unique pictorial game being played.

Piffaretti began developing his method in the 1970s, settling on the central mark and division method in 1986. Conceived initially as a way for the artist to escape the painted gesture and expressionist influences, the procedure is not so much a critique of abstract painting but a comment on the concept of originality. For Piffaretti, the subject of his paintings is the process. His objective is to remove any trace of subjectivity through these meta-pictures.

This quasi-mechanical approach to painting has its roots in different moments of Post-War French painting – the varied projects of Daniel Buren, Michel Parmentier, Simon Hantaï and Claude Viallat have all informed the artist’s own development. Incorporating the philosophies of these artists, Piffaretti does not seek to mimic the appearance when ‘copying’ one side of a painting to the other, but instead re-creates the same movements in his painting process. In this sense invention and rehearsal happen in the same moment. By this very methodical act, the artist is investigating Abstract Expressionism’s romanticism of the spontaneous gesture.

Piffaretti’s paintings show no distinguishable trace of recurring theme or motif and include a variety of styles and visual vocabularies. However straightforward the strategy may be, and after the original impulses of Abstraction have long been questioned and tested by others, the creativity it allows in Piffaretti’s work is evidently boundless.