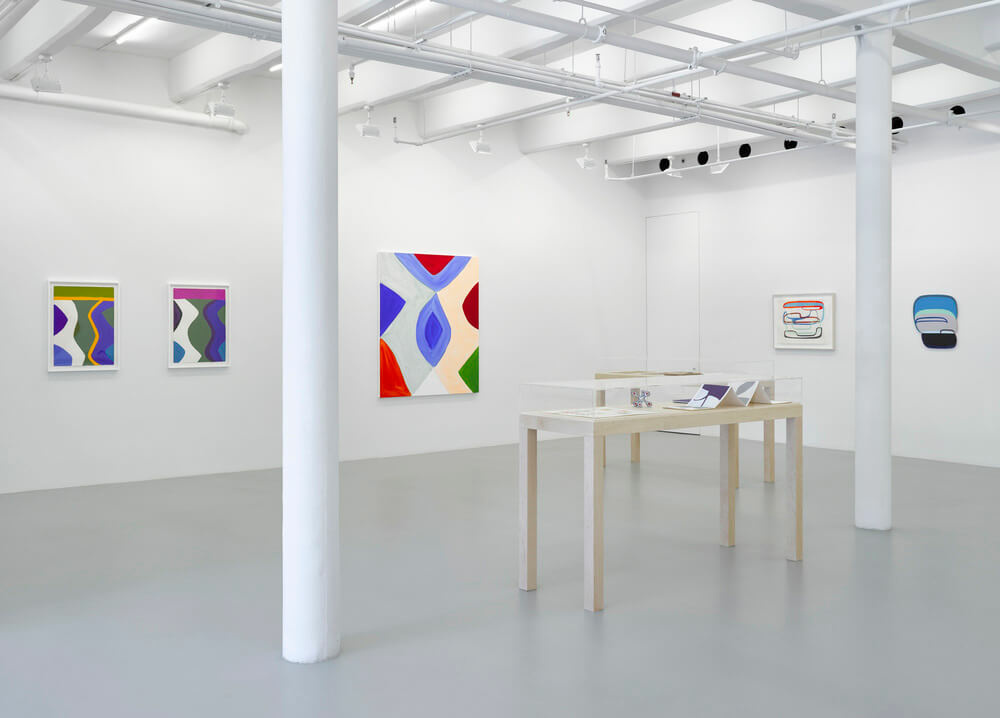 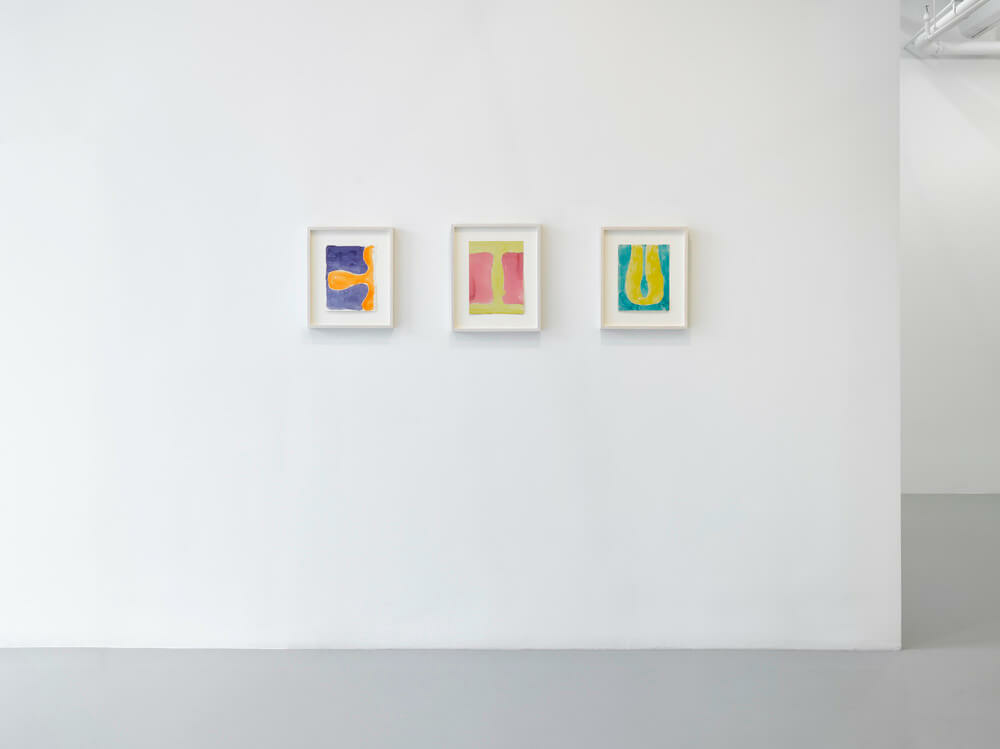 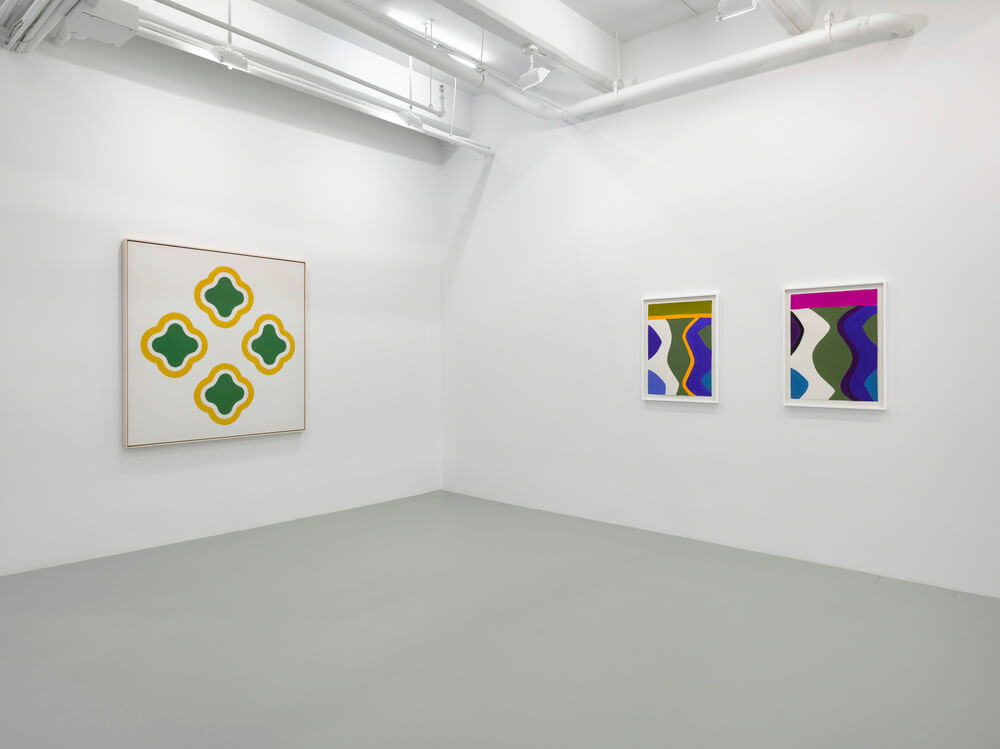 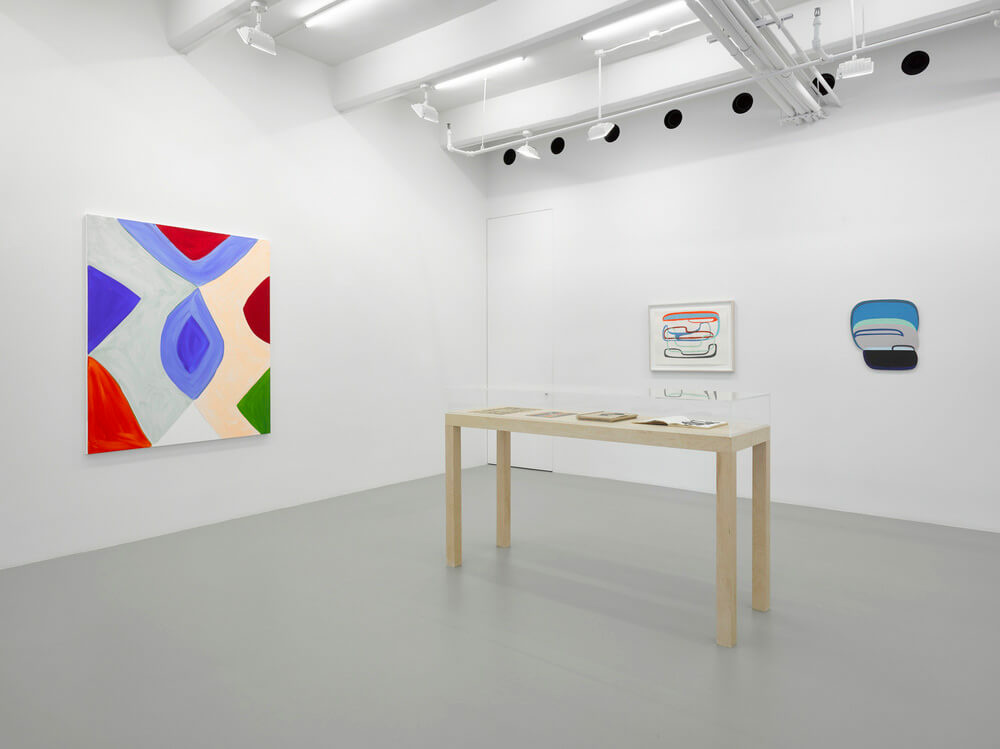 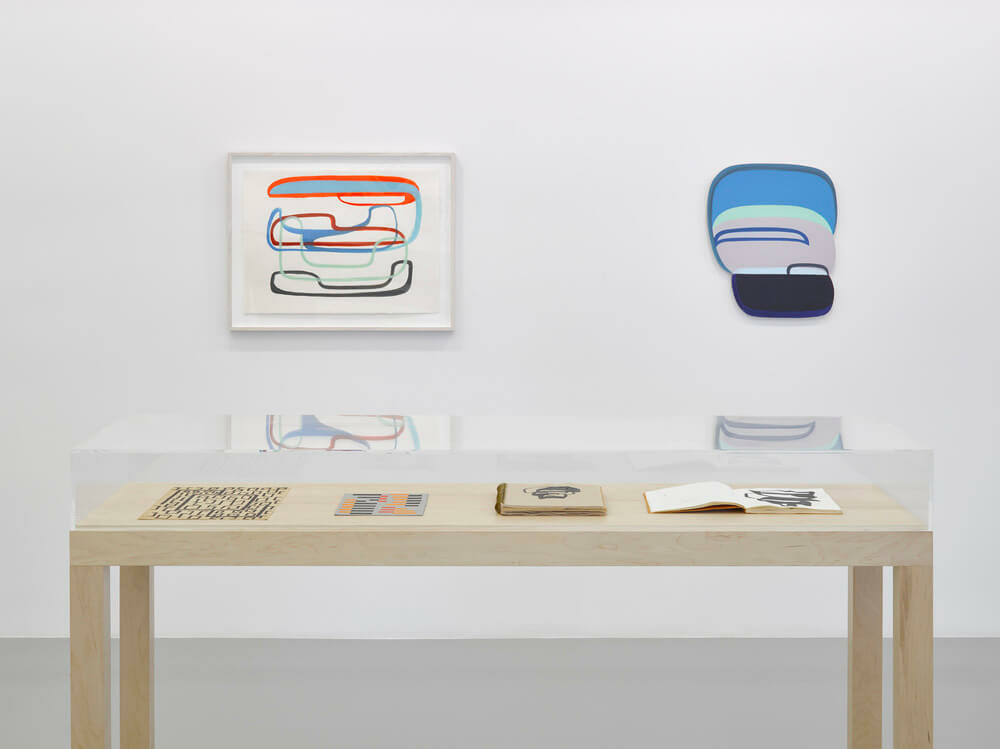 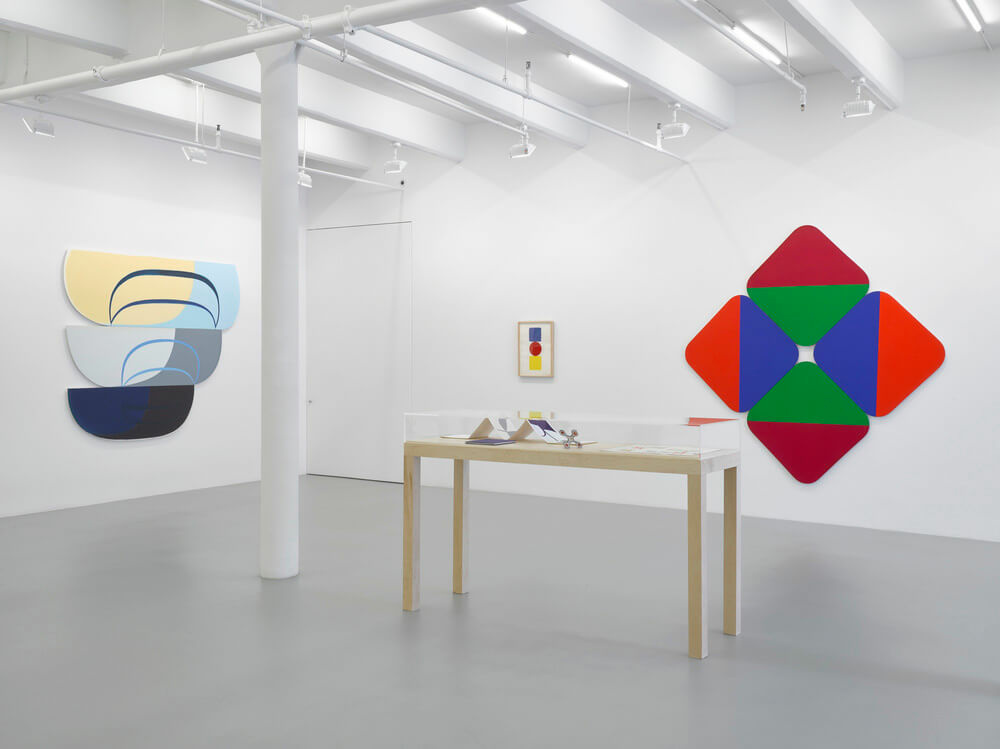 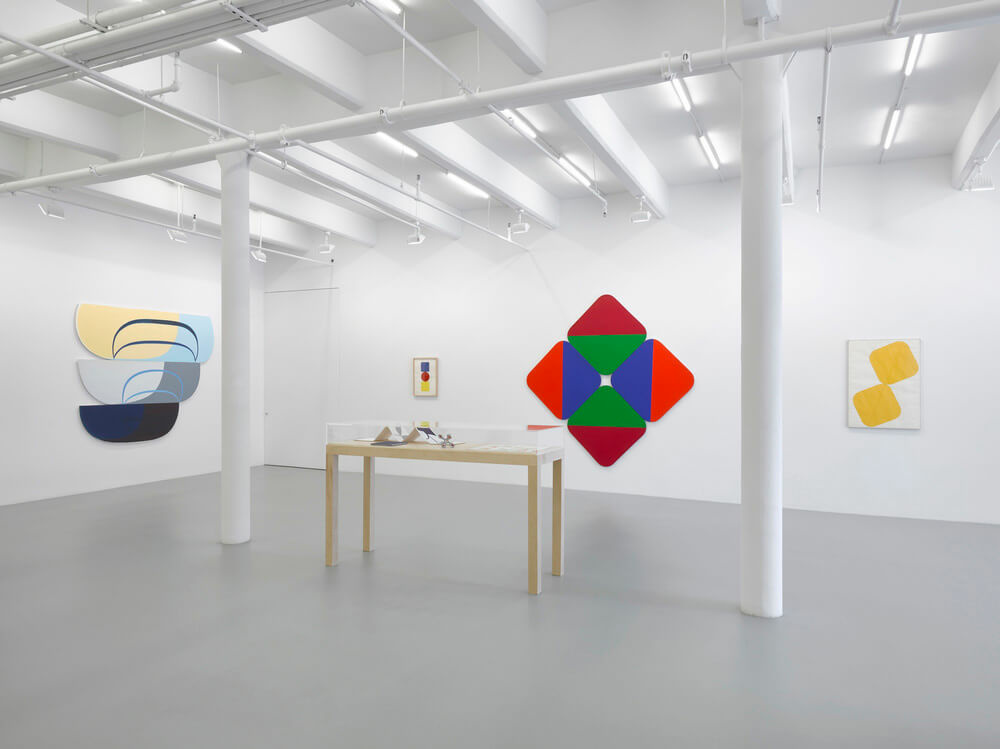 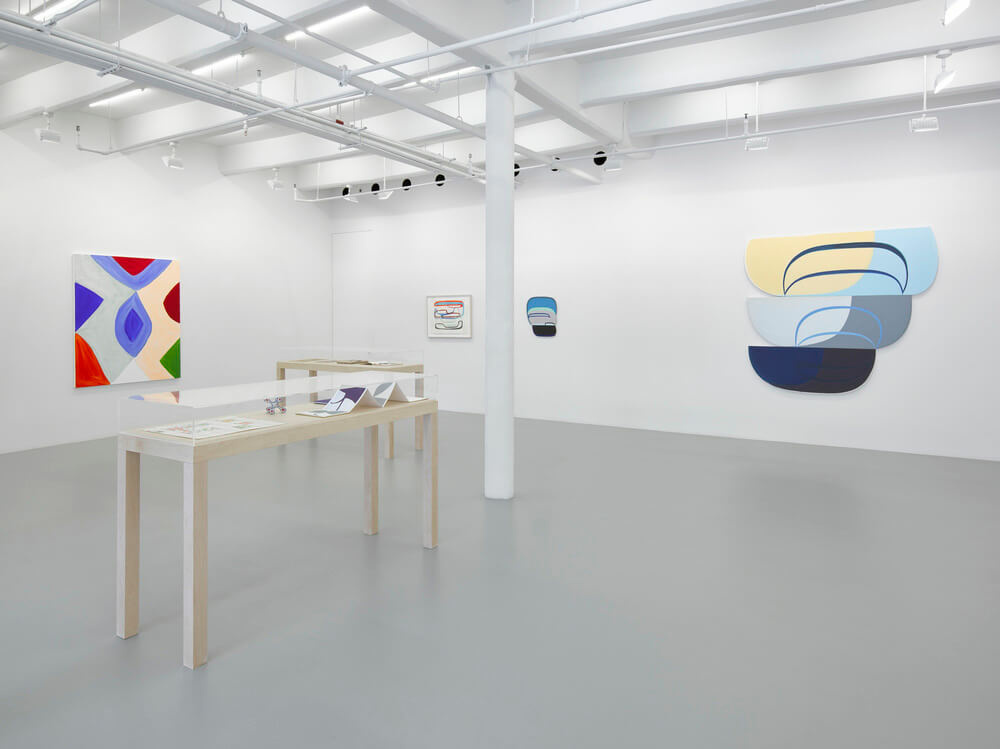 Lisson Gallery is pleased to present Aspects of Abstraction, a group exhibition which features the work of American painters Marina Adams, Paul Feeley, Joanna Pousette-Dart and Leon Polk Smith. On view will be selections of paintings and drawings by the artists, each highlighting their innovative use of color and composition. While Adams and Feeley share an affinity for ancient architecture and appreciation of the pattern and hue in ceramic tile in the ornate Moorish style, and Pousette-Dart and Polk Smith take inspiration first in the curved forms—mountains, plateaus, canyons and basins—evocative of the Southwestern United States, all four artists prioritize light and hue in their work, articulating their interest in shape and rhythm through bold abstract form.

In her paintings, Marina Adams creates a push and pull between color and form. While entirely abstract in their structure, the works’ soft irregularity in shape create a figural illusion of curvaceous anatomical forms. In Wild Flower (2017), Adams creates diamond-like shapes with rounded edges, lending a biomorphic and curving form, and chose shades of muted blue, cream, and burnt orange. The patterns evoke references to Moroccan textiles or Moorish tile, but their soft edges and tonal shifts create a uniquely sensual experience.

Paul Feeley (1910–1966), while often mistakenly associated with the Color Field painters of the 1940s and 1950s, in fact found the inspiration for his work primarily from ancient art, Greek architecture and Egyptian sculpture. Known for his use of unprimed canvas, Feeley typically employed just two or three bright colors in creating his simple and symmetrical compositions. Included in the exhibition, Alnitah (1964), features one of Feeley’s signature forms, the jack. The shape embodied his ongoing interest in seriality and repetition, combined with his appreciation for ancient architecture and zellige.

Throughout his career, Feeley kept a meticulous handmade calendar, drawn in neat gridlines on large-format paper, in which he marked not only appointments and social engagements, but also carefully rendered sketches of the paintings he created on any given day along with their measurements or notes about their eventual sale. These pages functioned as a visual diary and his calendar from August of 1964 will be on display in a vitrine, illustrating the date on which he created Alnitah.

Born in New York, Joanna Pousette-Dart began traveling to New Mexico in the mid 1970s. Her perceptions of the place lead her to make paintings composed of multiple curvilinear panels that suggest shifting light and expanding spaces. Pousette-Dart’s paintings and drawings capture light and reflect tone, drawing inspiration from the landscape, and sources as diverse as American Indian, Mayan and Islamic art, Chinese landscape painting and calligraphy, and Romanesque painting, among others. “My paintings are what they appear to be — an experience of space acting on light, acting on form, and the interdependence and inseparability of these elements,” she notes. The artist has created a new work for the exhibition, 3 Part Variation #11 (2017), in which a trio of canvases are arranged with varying temperature and pastel tones of blue, grey and yellow, creating a subtle depth within the abstract shapes and lines.

Considered one of the founders of the hard-edge style of minimalist art, Leon Polk Smith (1906–1996) rose to prominence in the late 1950s and early 1960s with his distinctive shaped canvas series. As a student, Smith admired the work of Fernand Léger, Jean Arp, and Constantin Brancusi, but found the ultimate importance in the influence of Piet Mondrian and his interchangeability of form and space. Characterized by straight and curving shapes of color and the use of tondo (round) canvases, by the 1960s Smith's circular explorations culminated in his shaped, multi-part Constellation series of paintings and drawings, among his most exuberant and inventive compositions. Constellation C (1969) will be on view in Aspects of Abstraction. Lisson Gallery is pleased to present a solo exhibition of Smith’s paintings and works on paper from the 1960s and early 1970s in September 2017 in its 24th Street location in New York.