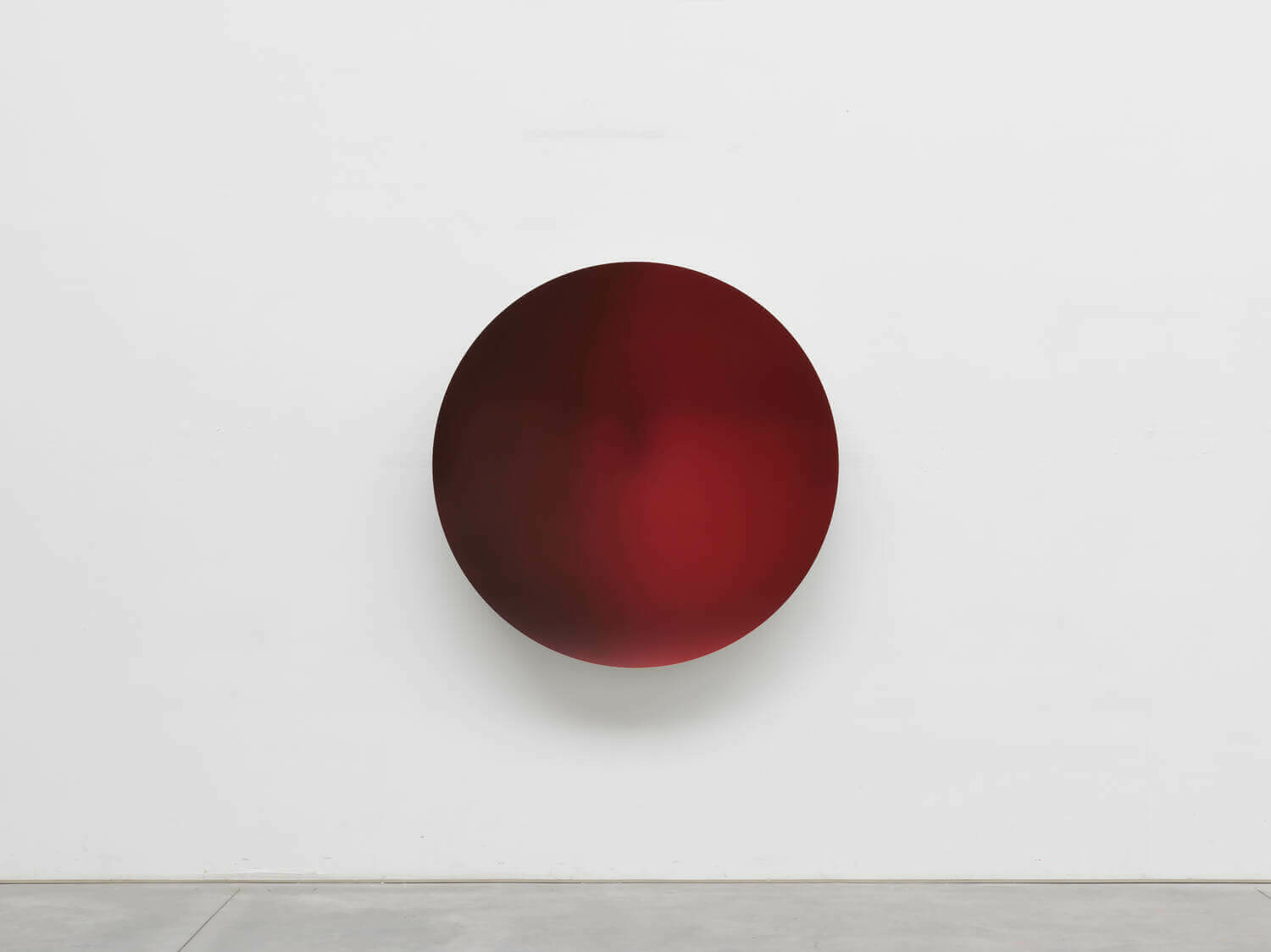 For the third exhibition in East Hampton, Lisson Gallery is pleased to present a recent sculpture by Anish Kapoor. This will be the artist’s second exhibition with the gallery in the United States, following his dual presentation at both of Lisson Gallery’s New York spaces in October 2019.

Kapoor is one of the most celebrated and influential sculptors of his generation, known for his monumental and ambitious public structures, as well as his continuous exploration into the manipulation of space throughout his artistic practice. Kapoor’s highly anticipated exhibition at the historic Houghton Hall in Norfolk, England opened in July and runs until November 2020, featuring 21works including the 16-foot stainless steel Sky Mirror.

The sculpture on view in East Hampton, Garnet to Laser Red (2017), is a wall-based semi-reflective concave mirror that fades subtly across shades of deep red. The mirrored surface as a material represents a key component of Kapoor’s oeuvre, whereby both its flawlessly polished surface and the distorted reflection it creates when shaped into highly innovative form, force the viewer to re-examine their relationship to the surrounding environment. The faintly reflective surface coupled with the vibrant, dark crimson in Garnet to Laser Red additionally creates a sense of electricity and intensity ­— invigorating the intimately scaled space.

For its inauguration this summer, Lisson Gallery’s 1,000 square foot East Hampton space will highlight one work per week by gallery artists – with presentations by Stanley Whitney, Carmen Herrera, Joanna Pousette-Dart, Sean Scully and Leon Polk Smith, among others – featuring both seminal, historic artworks and premiering new bodies of work. This focused format recalls the origins of Lisson Gallery, which was established in 1967 in a storefront window on London’s Bell Street. The new Long Island outpost joins Lisson  Gallery’s two other locations in the New York area, including the recent expansion to a second location on West 24th Street in Manhattan’s Chelsea neighborhood.

The gallery will be open to the public Thursday to Monday, from 11am to 4pm. The health and safety of visitors remains a top priority, and strict measures will be implemented in the space to mitigate the spread of COVID-19. A mask will be required for entry, and hand sanitizer will be provided. Please visit our website for further details about the guidelines and to schedule an appointment.