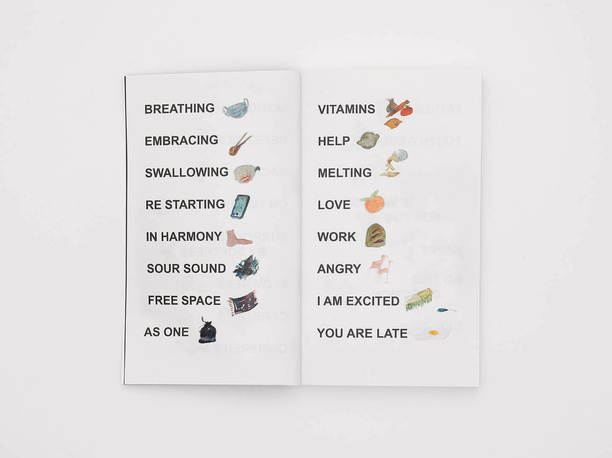 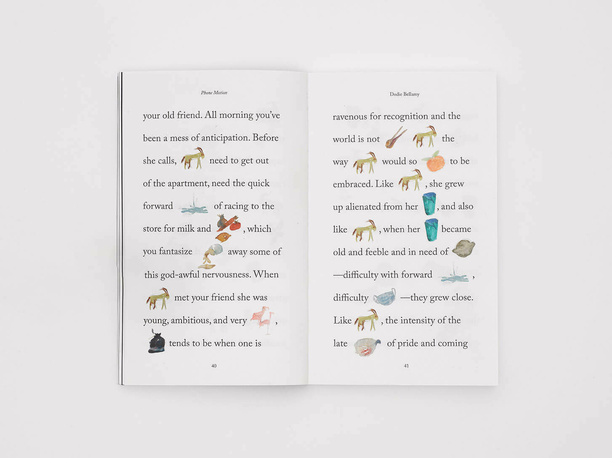 As an attempt to rediscover the basics of human connection in these isolated times, French artist Laure Prouvost (b. 1978) has developed a new ideographic language called ‘Legsicon’.

The aim of Prouvost’s project is to unlearn and relearn language and engage with new methods of communication and narrative storytelling.

Challenging the conventional systems of linguistics and representation, Prouvost replaces emotive words and concepts with anthropomorphised objects which are then transcribed and translated into progressively complex lexical and linguistic tests and eventually entire narratives.

Dubbed the ‘Re-dit-en-unin-learning Center’, Prouvost’s installation based on Legsicon encouraged visitors to the Lisson Gallery in London to decode and reinterpret such narratives.

This volume includes documentation of the installation, the watercolor illustrations used to demonstrate Prouvost’s object alphabet as well as a series of new stories and texts written in Legsicon commissioned from various authors by the artist.

Published after the exhibitions, ‘Re-dit-en-un-in-learning CENTER’ at Lisson Gallery, London (6 October – 7 November 2020), and ‘Swallowing breathing caring on the commons in our trapped love landscape excited to be with you’ at Van Abbemuseum Bilderdijklaan, Eindhoven (28 November 2020 – 25 April 2021).