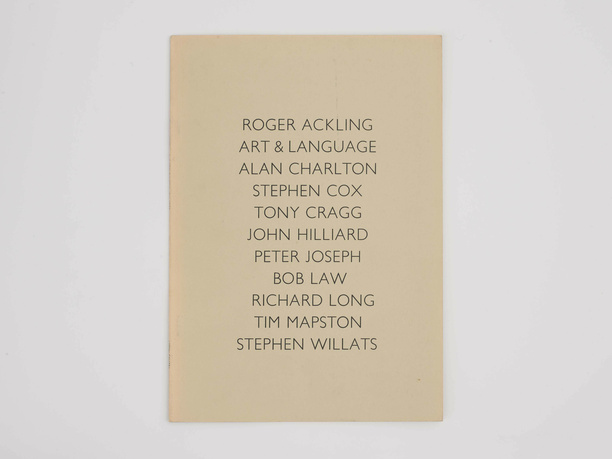 John Russell wrote in The New York Times that: “The Lisson Gallery was opened in London just ten years ago by Nicholas and Fiona Logsdail. In the face of almost universal indifference it championed Carl Andre, Mel Bochner, Dan Flavin, Donald Judd, Sol LeWitt, Robert Mangold, Dorothea Rockburne and Robert Ryman. These are safe names today; but in London at the time in question they meant nothing. The Logsdails are not set in their ways, moreover. Faced with a bright if undeniably senior student of art like Tony Cragg (born 1949), they bring him over to New York and encourage him to ferret around among the debris of our city for fragments of stone he can pulverise on the gallery floor.”