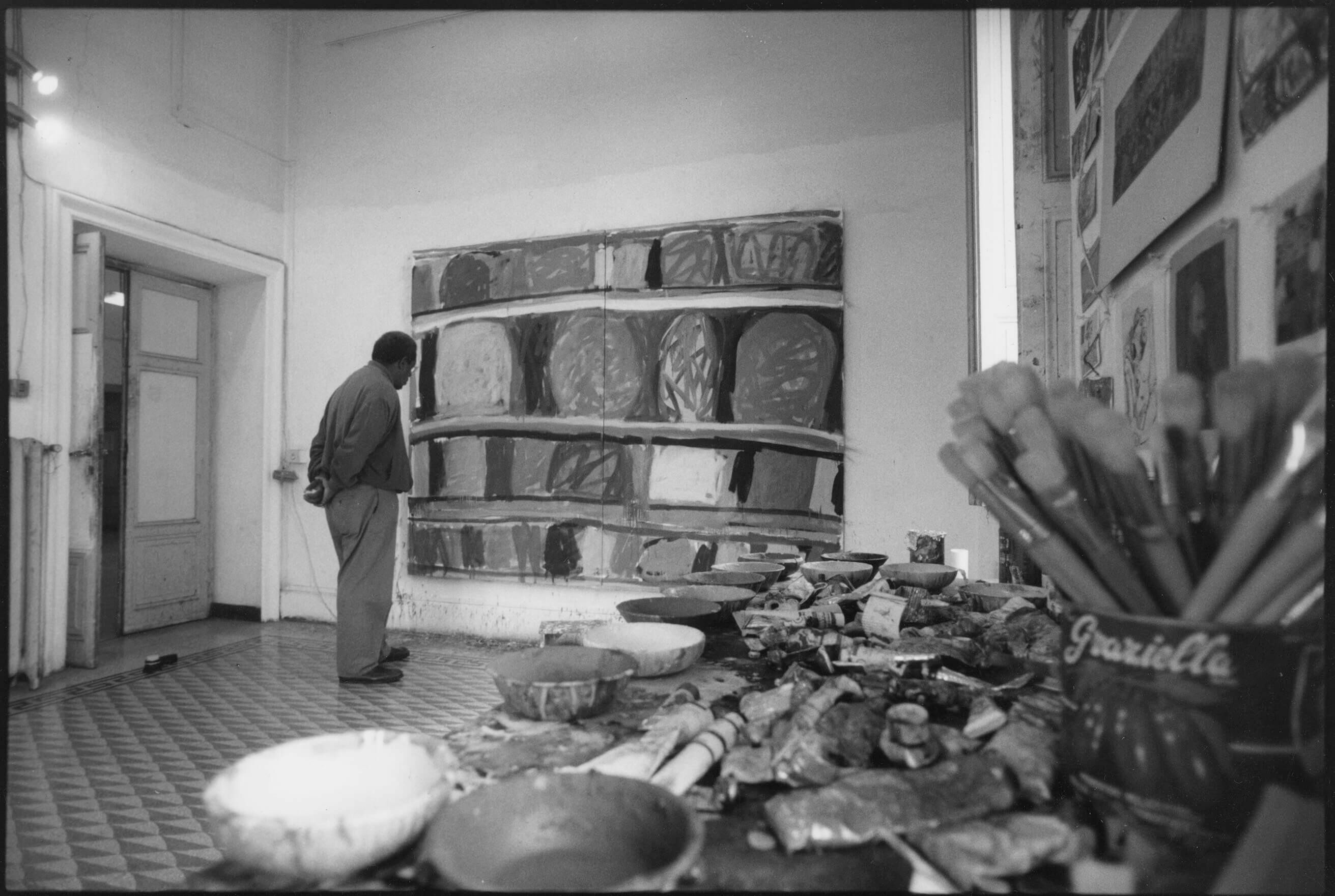 30 July – 9 August
To accompany this online presentation and the new essay below by Cathleen Chaffee, this work is concurrently on view at Lisson Gallery's inaugural exhibition in East Hampton, New York.
Read more here.

There are numerous moments throughout Stanley Whitney’s career that have been characterized retrospectively as breakthroughs—his remarkable mylar drawings of the early 1980s, for example, or his monumental abstract oils of animated circular forms that gesture toward the landscape tradition from a few years later, such as Sixteen Songs (1984). But the mid-1990s were particularly significant. In 1992, dissatisfied and unable to find a place in the New York art world for his work, Whitney and his partner moved to Italy, and its art and architecture soon became palpable in the increasingly structural compositions of his abstractions. From there, as he recounted to an interviewer in 2018:

I started telling myself I had to go to Egypt, because in front of the Pantheon, I was amazed by the size of the pillars, and in Egypt, I knew the scale would be even more impressive. . . . I really felt I had to go there. . . . When I went there, I realized I could put all the color together and not lose the air: I realized the space was in the color. That’s when I started making my mature paintings. 1993, 1994. I went there, and I was like “Got it!’” Density was the last piece of the puzzle.(1)

By the time Whitney completed this untitled work from 1996 he had transformed the internal structure of his paintings and evolved his use of color as a result of these experiences. While its horizontal orientation connects it with Whitney’s many paintings in a landscape format from the previous decades—a form that he would soon replace with the square canvases he used almost exclusively for decades until creating a new group of horizontal paintings this year—the tightness of its stacked composition belongs to a truly new direction. It can be seen as a breakthrough partially because it operates like a midsentence intake of breath while articulating the new terms of his paintings: architectural geometries, spontaneous brushwork, improbable and improbably gorgeous juxtapositions of color in arrangements that preserve only the ghost of separation between figure and ground. Even the more serene, limpid fields of color often found in his later paintings are occasionally present, yet here he subsumes these beneath his declarative line. But this painting also feels like a breakthrough in the sense that we associate such a designation with greatness. The truth is that by 1996 Whitney had been quietly breaking through for decades, dismantling inherited and self-constructed boundaries stone by stone while preparing to let the world into his painting. 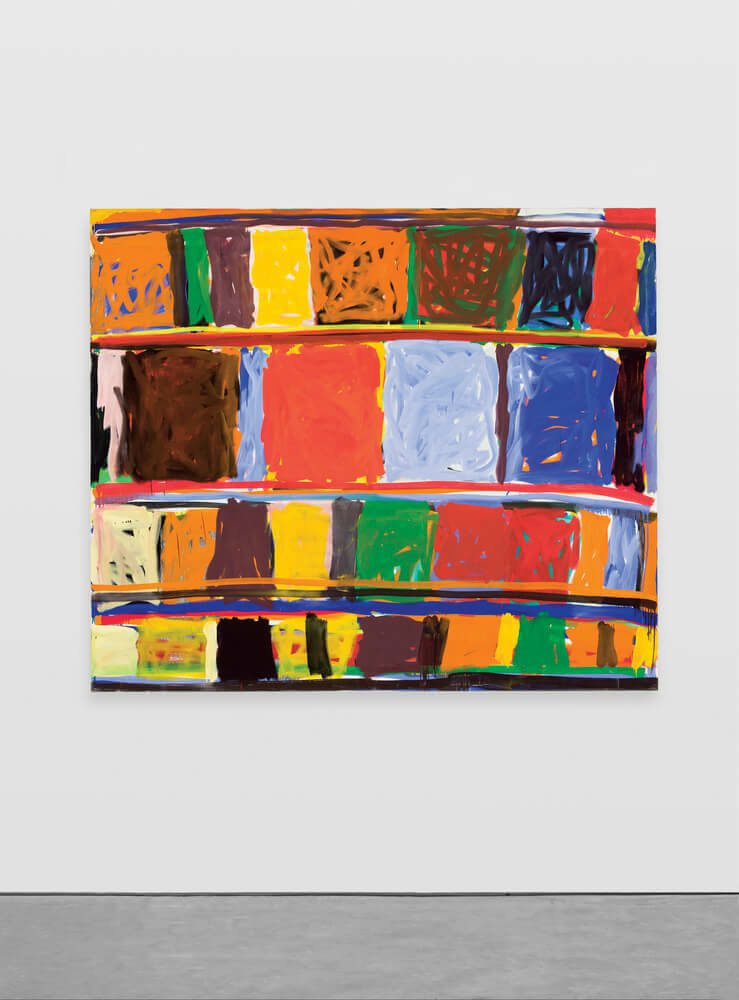 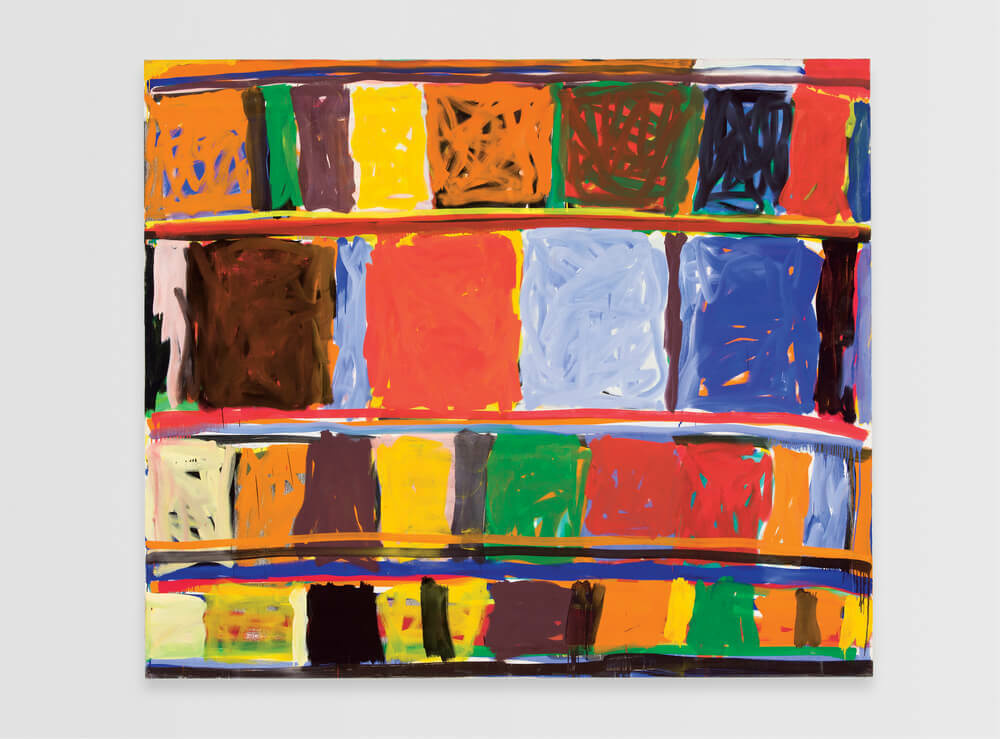 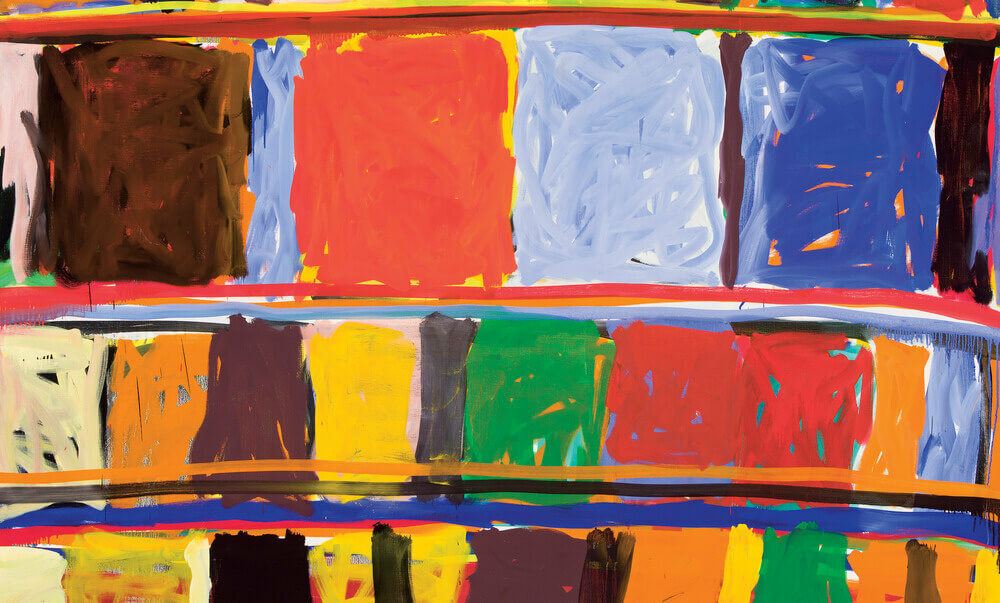 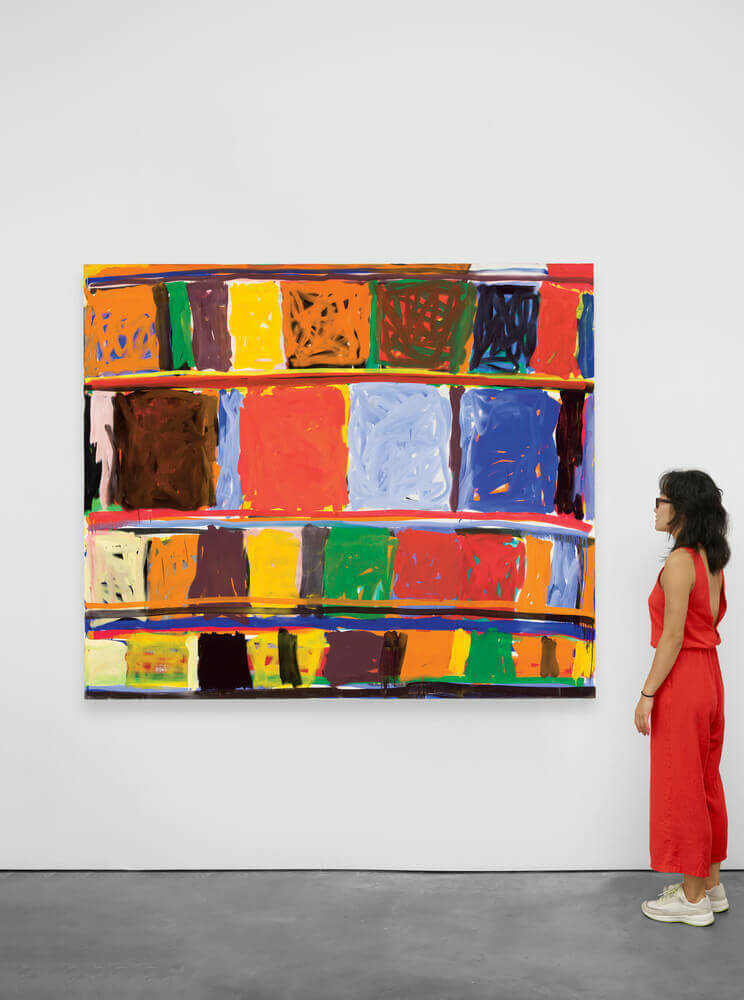 While each of his breakthroughs marked a moment of true discovery for the artist, happily they did not bring his work to any kind of definitive state. Even now, after thirty-five years of compositions built around similar geometric structures, a kind of improvisatory flow characterizes each of his works rather than any resolution. Art historically, Whitney may best be located in relation to other artists who applied a deliberately restricted set of givens to a laboriously iterative pursuit of variations on beauty and compositional harmony. As Josef Albers, Agnes Martin, or Giorgio Morandi did, Whitney limits the number of moves he takes and draws his frame ever tighter, making the universes within his works visible.

While a great deal of attention has been paid to the influence of the built environment—from the columns of Rome to the monumental stone blocks of the Pyramids of Giza—on Whitney’s geometric compositions, relatively little has been written about the paintings' own architectural effect. As Whitney observed in a recent interview: “The paintings aren’t really made to look at. They’re made to live with. . . . If you live with them, it’s like mentally wandering. They are always changing. To me it’s like looking out the window."(2)

For the artist, such works are destined less for the clean walls of a gallery than for the busier walls of a home, at ease in a location of “living with” as opposed to “looking at.” Because they are always offering new stories, the paintings are uniquely receptive to changes in their viewers and to the reflection of the world around them: of snow, thunderheads, or autumn leaves. And paintings such as this one assemble and reassemble themselves over time. One day, this work might authoritatively declare itself to be the story of orange: a color that is opaque here, gestural there, alternately foreground and background, delineating a broken line at top and a continuous line at bottom, and peeking ever so slightly from the lower-right edge. Another day, the story might shift to the constellation of drips, from the linear streaks at lower left to the staccato black intrusion into blue at bottom right that tethers the composition to the surface. It could easily be a study of gesture, as Whitney’s animated line adopts different moods and phases, from frenetic to orderly, in relation to neighboring passages of color. And of course on countless days thereafter, each individual square might be experienced as a painting in itself, transitioning ceaselessly into its neighbor like a cloud working its way across the sky.

When he speaks of living with paintings, Whitney is suggesting more than the simple idea that his paintings require a longer time than most people dedicate to standing in a gallery. Rather these are works that reward the full range of lived experience over time: not only attentive looking at a well-placed living room hang but also a quick glimpse on the way to the kitchen, a welcome escape from a crowded gathering, a respite after weeks of looking at screens, and a companionate witness—from the corner of one’s eye—to the rhythms of everyday life.

Cathleen Chaffee is Chief Curator of the Albright-Knox Art Gallery and is currently preparing a survey exhibition of Stanley Whitney’s work for the museum.

Image above: Stanley Whitney in his studio, Rome. 1994. Photo by Athina Ioannou. Courtesy of the artist.