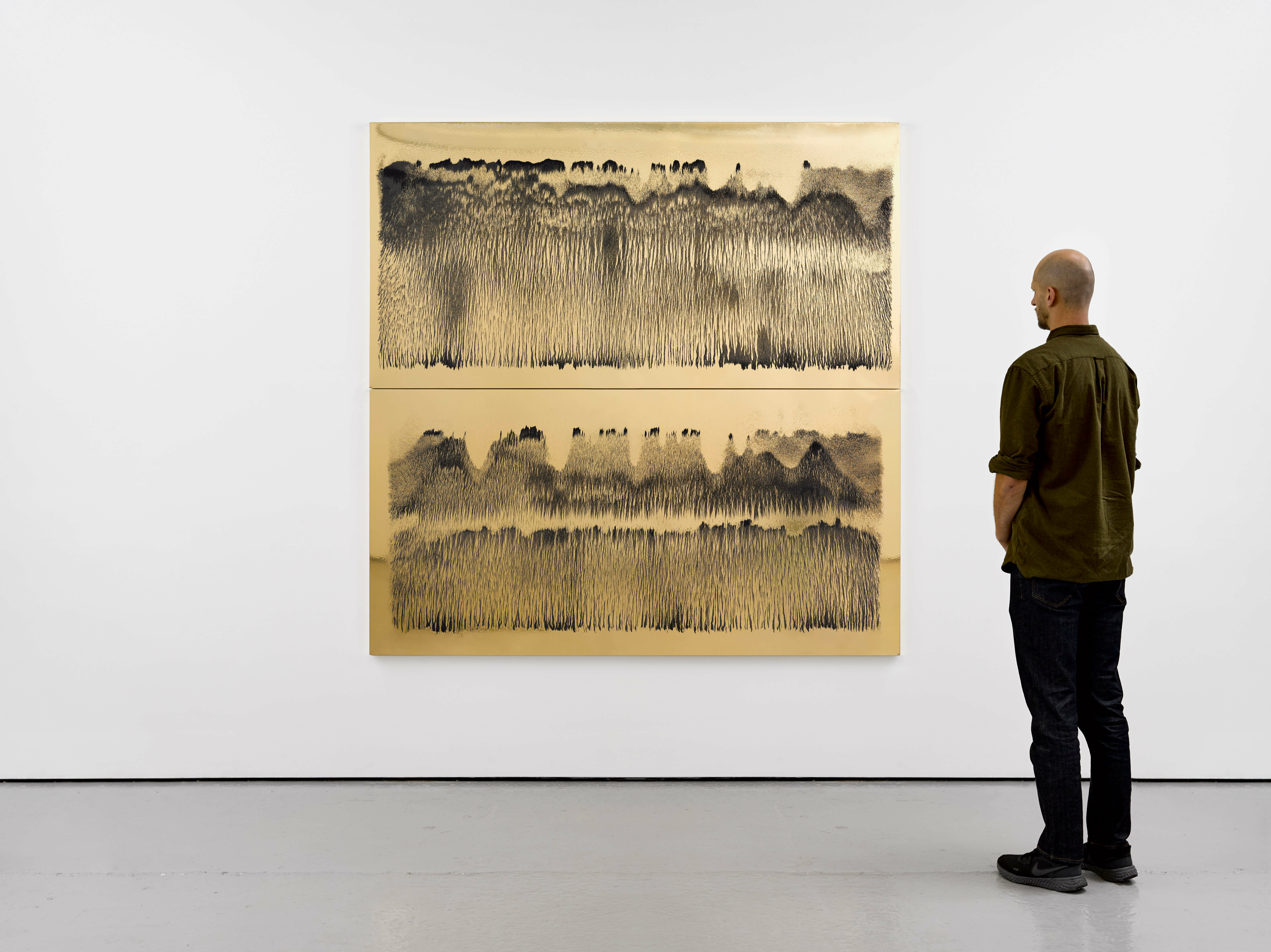 Lisson Gallery’s new space in Mayfair opens with an exhibition titled Horizon (6 – 31 October) that includes these new works by Allora & Calzadilla. Through a complex research-oriented practice, the artists critically address the intersections between the cultural, the historical and the geopolitical in their work. The interdisciplinary nature of their interventions is echoed by an expanded use of the artistic medium that includes performance, sculpture, sound, video and photography. Their recent project takes electromagnetism, one of the four fundamental forces of nature, as both the subject and the object. It is part of the artists' ongoing interest in using electricity in their art to probe the many facets and figures involved in energy consumption. The duo's last exhibition with Lisson Gallery in 2017, Foreign in a Domestic Sense, investigated this issue in Puerto Rico’s geopolitical reality.

To create these electromagnetic works iron fillings are placed on top of a canvas laid horizontally, covering the entire surface. The canvas is then placed above an array of copper cable, laid on the ground, and connected to an electric breaker and outlet in the artist's San Juan studio. When the breaker is  switched on, the iron fillings create an assemblage of lines and shapes, controlled by the electromagnetic field. The artists have further experimented with the series in the latest iteration, in which the same process was conducted on gold foil.

The works' full titles, listing charges for the likes of consumption, purchase power and fuel, denote the many factors that make up the electrical grid. The resulting composition thus encompasses all of the complexities that the sources of power inspire, together with its abstract beauty. 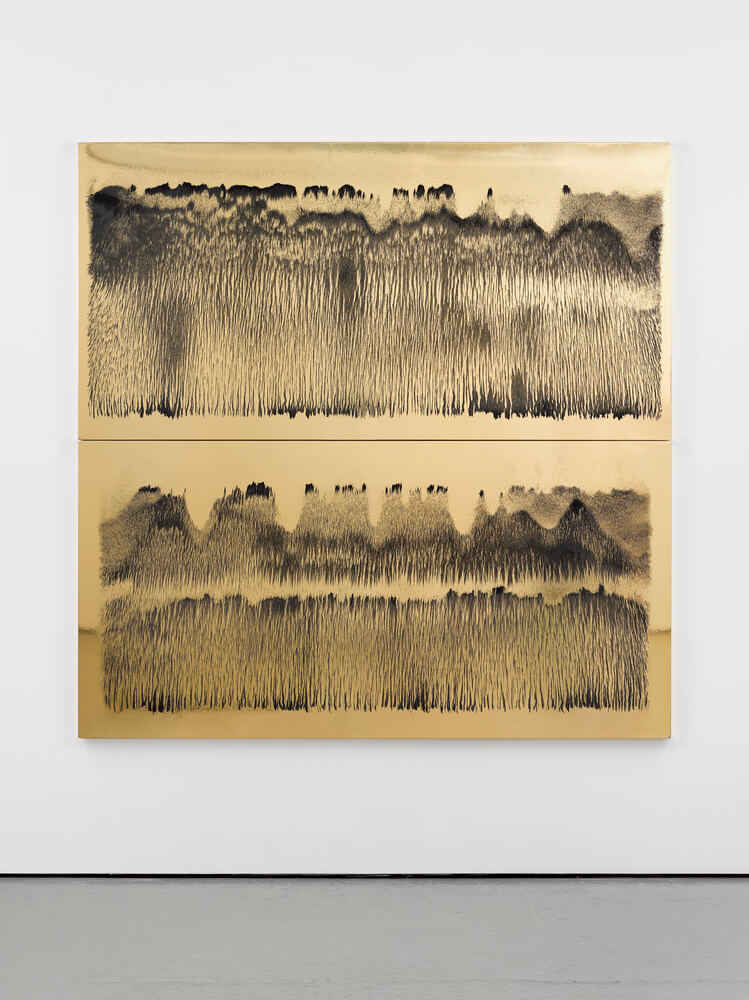 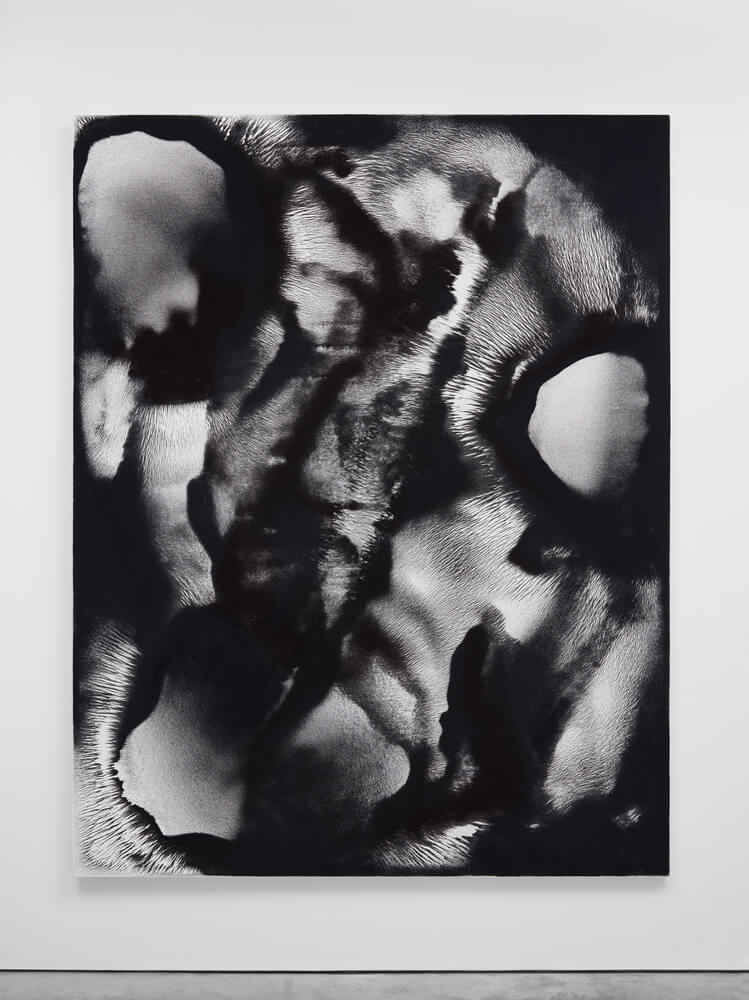 From 26 September 2020 through the summer solistice on 20 June 2021, The Menil Collection presents a major exhibition of seven sculptural works by Allora & Calzadilla that revolve around the concept of acedia. Early Christian texts describe acedia as a demon that besieges the soul at noon, when the day listlessly drags and delirious visions momentarily reign in the blinding light. Indecision, panic, and paralyzing dread are among its menacing attributes. With sounds, live vocal performances, cast shadows, and novel sculptural materials, the artistic duo’s awe-inducing atmosphere of bewilderment and beauty serves as a manifestation of noon’s hold over humankind, and as a metaphor for the uncertainties defining our time.

The artists repeatedly visited TheMenil Collection from their home in Puerto Rico over the course of four years to develop this exhibition and studied the museum’s renowned archives and holdings of Surrealist works of art for inspiration. They explored the historic role that Surrealism played in the Caribbean in the years surrounding World War II, including its pivotal role in anti-colonialism, and the movement’s fascination with the importance of noon. They extended their research by connecting this history to the current moment by seeking out shared connections between Houston and San Juan, both port cities that have been deeply impacted by energy commerce and the effects of a changing climate.

Among the works that have emerged is Blackout (2020) created from a Puerto Rico Electric Power Authority transformer that exploded during Hurricane Maria in 2017. The transformer has been cut in half, and its interior machinery cast in bronze. The shiny metallic conductive wire, radiator pipes, and insulators are juxtaposed with the matte exterior casing, creating a sculptural division that references the exhibition’s theme of solar noon, when the sun, at its zenith, cuts the day in half. The deep hum of reverberating electricity buried in the relic can serve as a tuning device for a live vocal performance composed by Grammy Award winning, Pulitzer Prize-winner, and Oscar nominated avant-garde composer David Lang, and is inspired by the sounds of electricity and a volatile power grid.

Read reviews of the exhibition in the Wall Street Journal and Houston Chornicle. 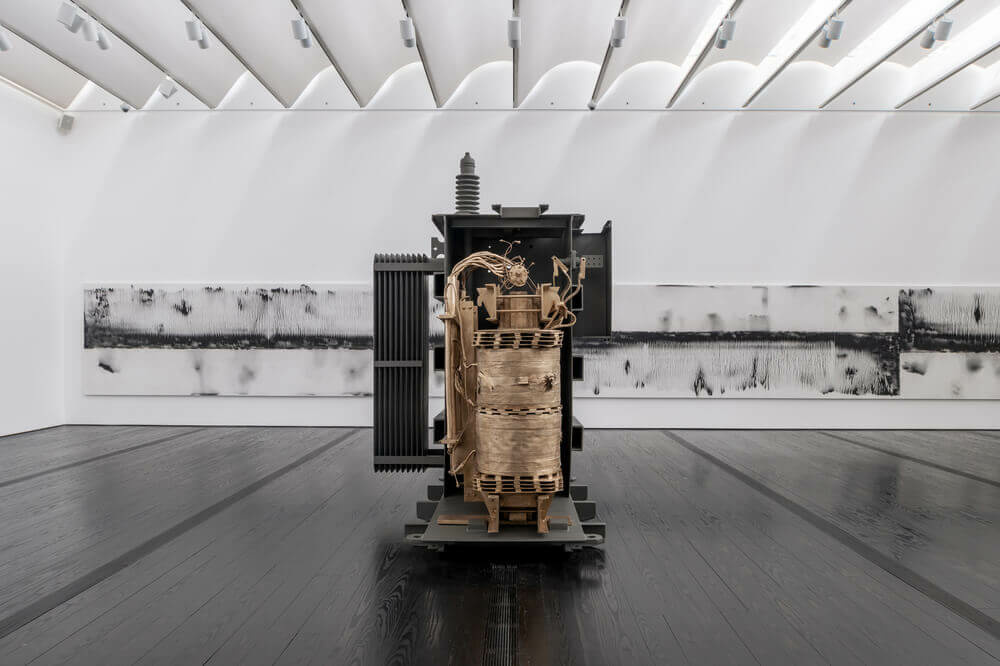 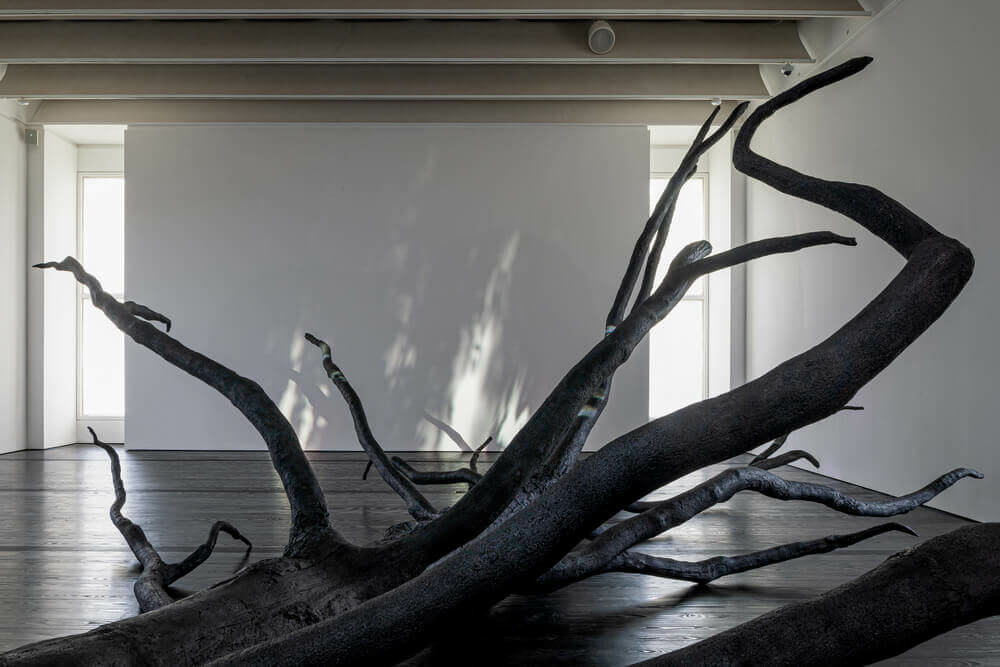 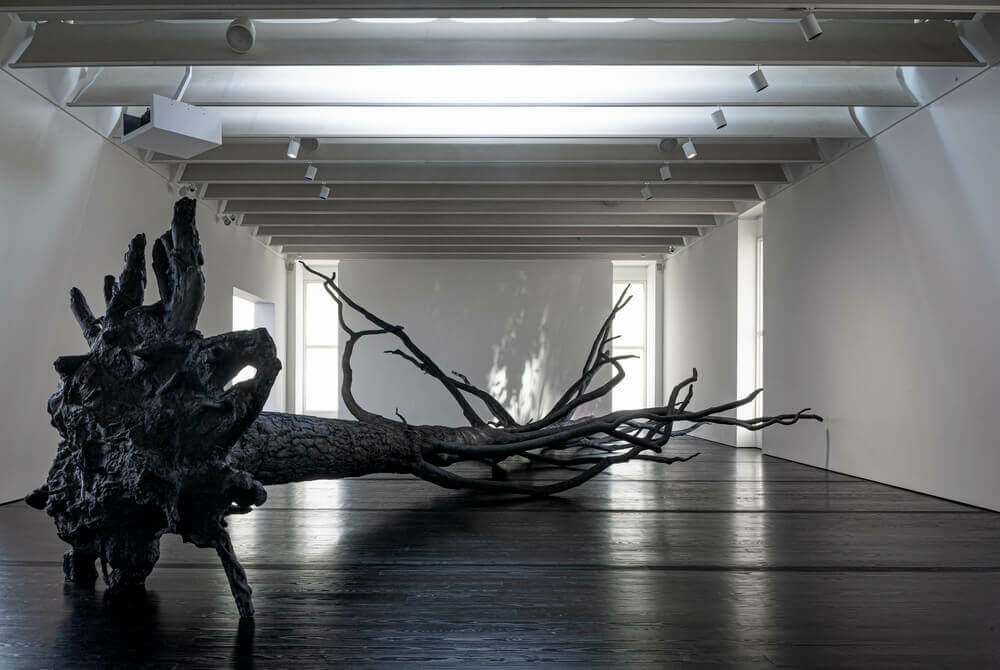 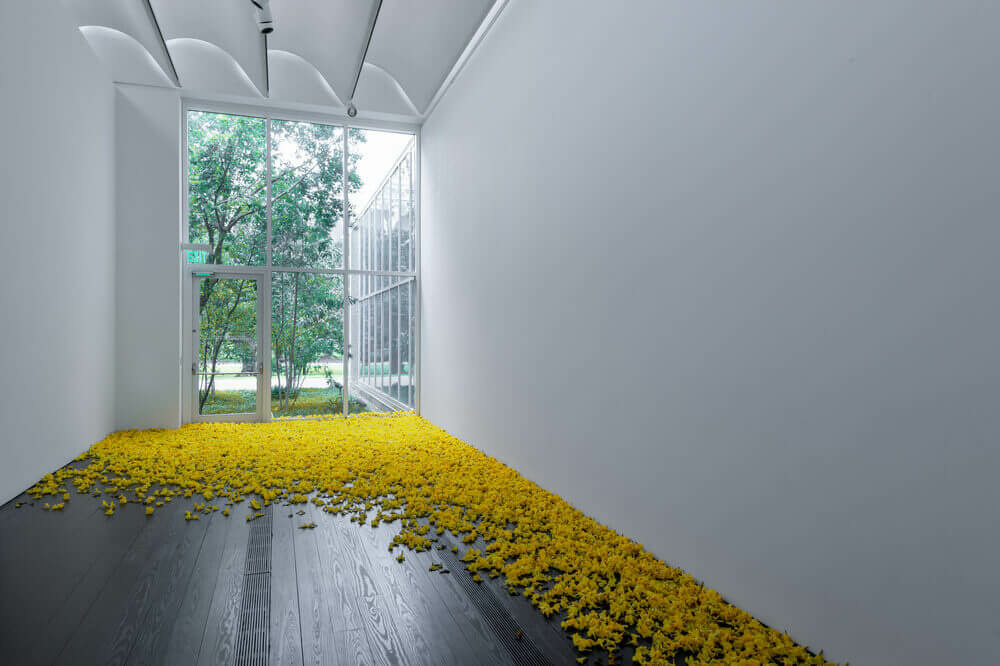 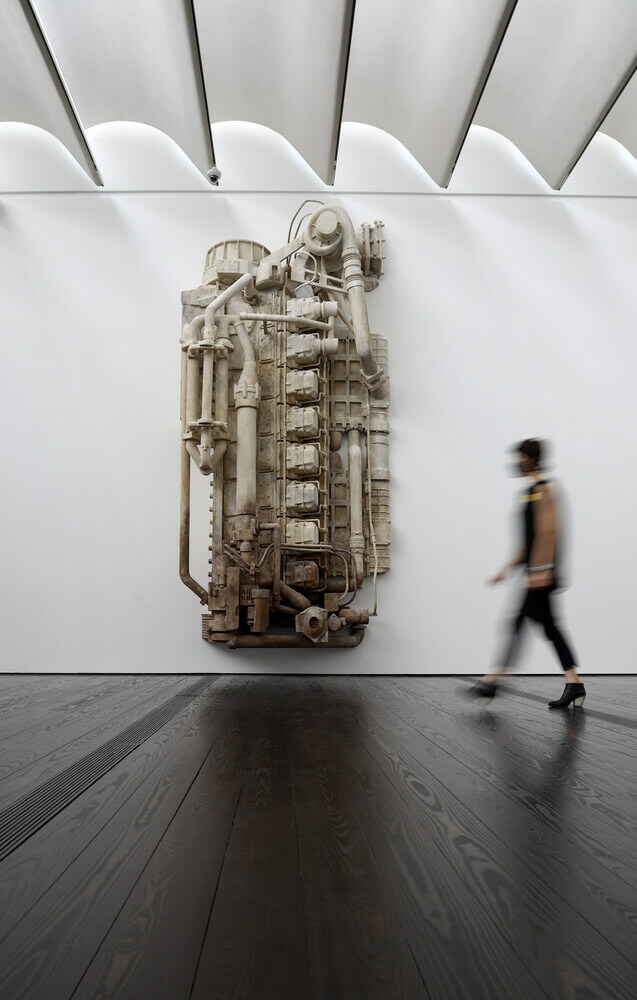