An exhibition centered around Wael Shawky's marionette-based film trilogy, Cabaret Crusades, is now on view at ARoS Aarhus Art Museum in Aarhus, Denmark. Titled Wael Shawky – The Crusades and Current Stories, it also includes a selection of the marionettes used in the films, large woodcuts — two of which were created especially for this presentation — drawings, photographs, collages and an entirely new, site-specific work over 50 metres long.
Shawky's films portray the divisive relations between the West and the Middle East. The first video of the trilogy, The Horror Show File (2010), is about the first four years of the Crusades, where Christian crusaders attempted to recapture Jerusalem after 200 years of Muslim domination. Shawky utilizes 200-year-old marionettes in the video, lent to him by The Lupi Collection in Torino.
The second video of the trilogy, The Path to Cairo (2012), is about the time between the First and Second Crusade from 1099 to 1145. The video displays more than a hundred ceramic marionettes, which Shawky has created in cooperation with École de Ceramique de Provence. 19 of these will be showcased in the exhibit.
The final video, The Secrets of Karbala (2015), displays glass marionettes, which Shawky has created in cooperation with glassblowers from Venice. It focuses on the time between the Second and Fourth Crusade from 1146 to 1204.
In emphasizing the division between contending groups and faiths, Shawky has created a new site-specific artwork in the form of a 50 metres-long wall—a striking symbol of the many two-sided conflicts we have seen throughout history.
An illustrated catalogue will be published for the exhibition in Danish and English, including an artist interview, articles on the artwork, as well as an article by Jørgen Bæk Simonsen, researcher and expert on Islam and Middle Eastern history, who views Shawsky's artwork—and the questions it raises—in a new light.
The exhibition is on view through September 2018. For more information, visit ARoS's website. 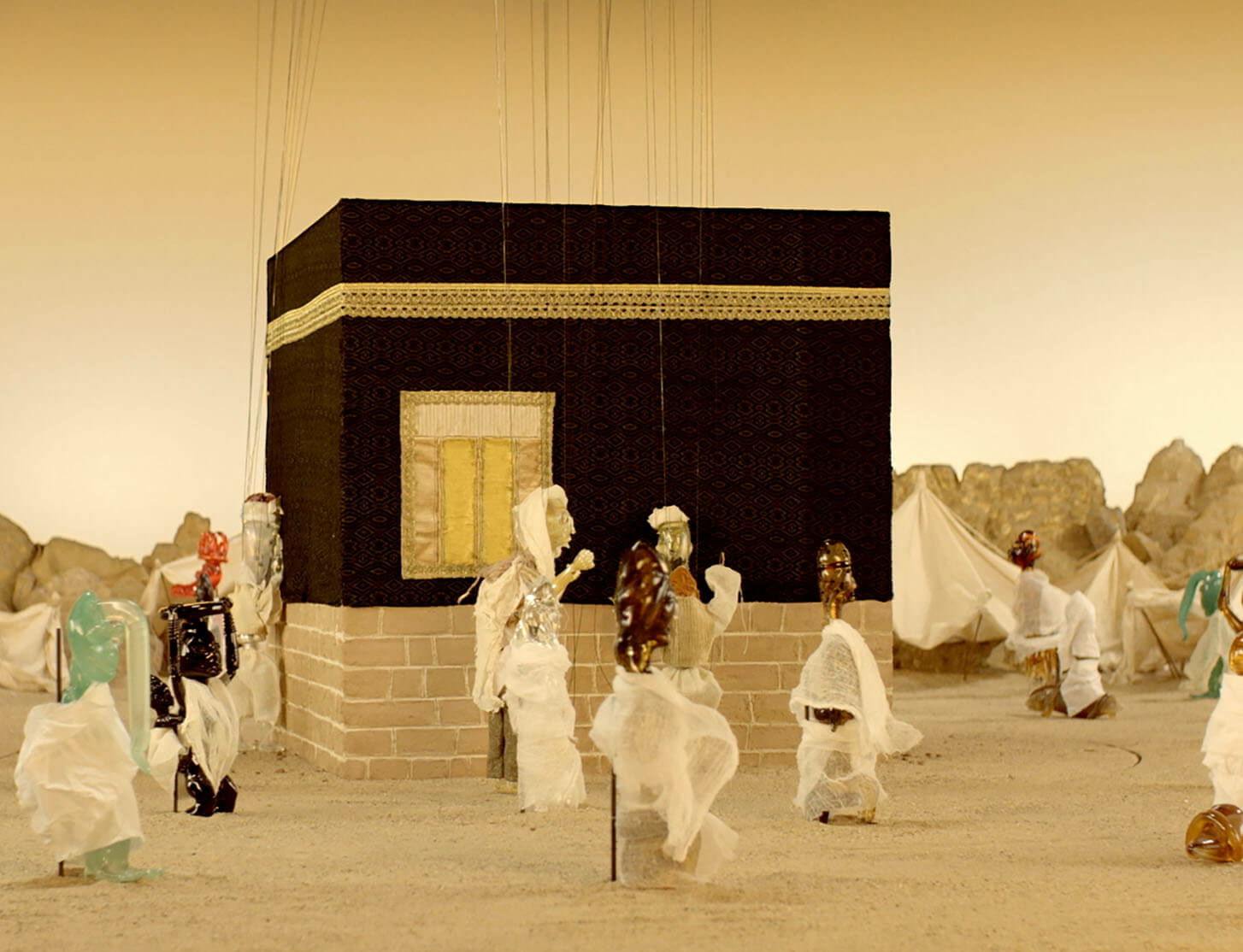