Wael Shawky's site-specific installation encompassing film projections and buildings, entitled Dictums: Manqia II, will be on view from 31 January as part of the inaugural edition of Desert X AlUla in Saudi Arabia. Reflecting on the history of AlUla – as the former home to people of ancient kingdoms and a city on the 'incense trade route' – Shawky's 2014 film work Dictums: Manqia I will be projected onto the surrounding mountainous landscape, only now inverted, rendered in negative and re-oriented in portrait mode.

In the film, a prized herd of Saudi Arabian black camels or majahims glide across desert sand dunes towards an unknown destination. With the film in negative and rotated, the majahims transform into bodies of light that, instead of traversing the mountain, move upwards, appearing almost as spirits returning to their original home.

Having previously worked with Bedouin tribespeople for his Telematch and Dictums series, Shawky has created a mud house, also inverted, with a Bedouin-style tent on top of its roof rather than the ground. Together the house and film projection create a surreal landscape highlighting themes of memory, nomadism, and history, and the transformations that can occur in its retelling. 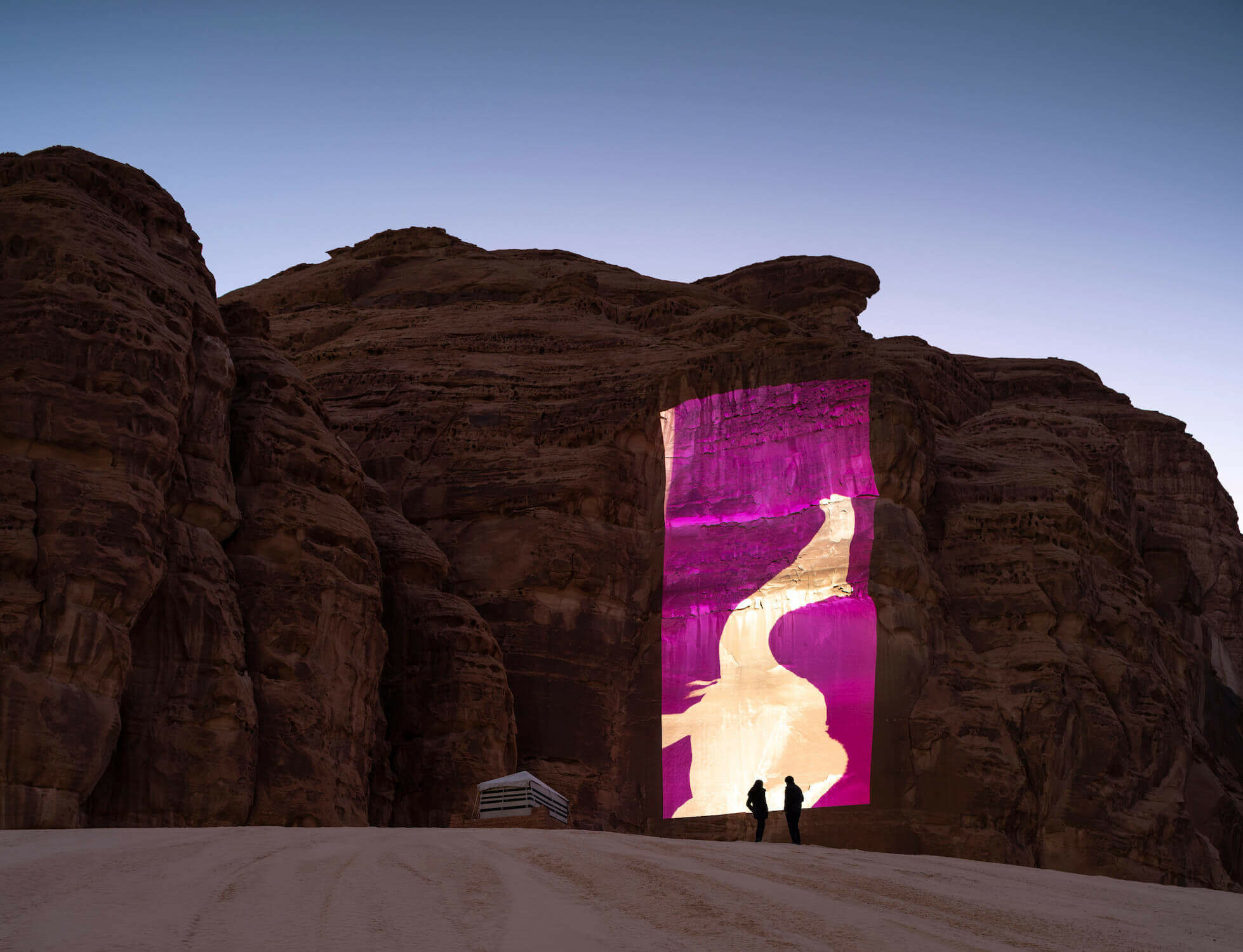