The multidisciplinary artist’s work dives into history and legend to explore the fantasies and manipulations underpinning our modern world.

Freshly arrived in Philadelphia from his native Alexandria, Egypt, the multimedia artist Wael Shawky’s mind was on yet another place and time: ancient Greece and the era of classical mythology. Sitting in his large studio in a converted industrial garage, he excitedly related several stories about Zeus. Shawky, 51, had been conducting a large amount of research on the topic for a film he’s making in Italy and Egypt on Greco-Roman beliefs. This immersion has, in turn, inspired new projects, including his latest show, “Isles of the Blessed,” which opens today at the Lisson Gallery in New York City. When we met last month, he had just returned to the United States, where he spends parts of the year, to finalize works for the exhibition. It will consist of 11 paintings and a short video, all titled “Isles of the Blessed,” after the Greek paradise where immortal mythical heroes live out eternity, their lives secure in legend.

Shawky was eager to show me the video work slated for Lisson, and soon after we began to talk, he sprang from his seat to fetch his tablet. After scrolling for several minutes through his photo library, he finally located the film and pressed play. A lone clay marionette, sitting atop a bed of glowing pink-red spikes and framed by a background of colorful flickering stars, emerged on the screen. She began to narrate in Arabic, Shawky’s first language, the stories of Europa, a princess from Phoenicia (most of whose territory is now part of modern-day Lebanon) who was abducted by Zeus, and that of her brother Cadmus, who went looking for her.

For Shawky, the “Isles of the Blessed” exhibition was a chance to both explore new thematic terrain and return to his artistic roots. Though his work has encompassed everything from music to sculpture, he said that he was “originally a painter” and that, with this new show, he wanted to bring that aspect of his practice into stronger focus. He was working on a group of oil on canvas paintings that he said are “connected to Greek mythology in a very surreal way.” They feature animalistic figures drawn from his own imagination and stately half-human, half-beast silhouettes, delineated with veils of thin washes. When I visited, he still wasn’t sure what would make the final cut. “I like to bring everything to the gallery and then decide what stays and what goes,” he told me. The opening was only a few weeks away, but the artist appeared relaxed. Despite fighting off jet lag, he enthusiastically submitted himself to T’s Artist’s Questionnaire.

Wael Shawky: Isles of the Blessed is on view at Lisson Gallery New York through December 17. 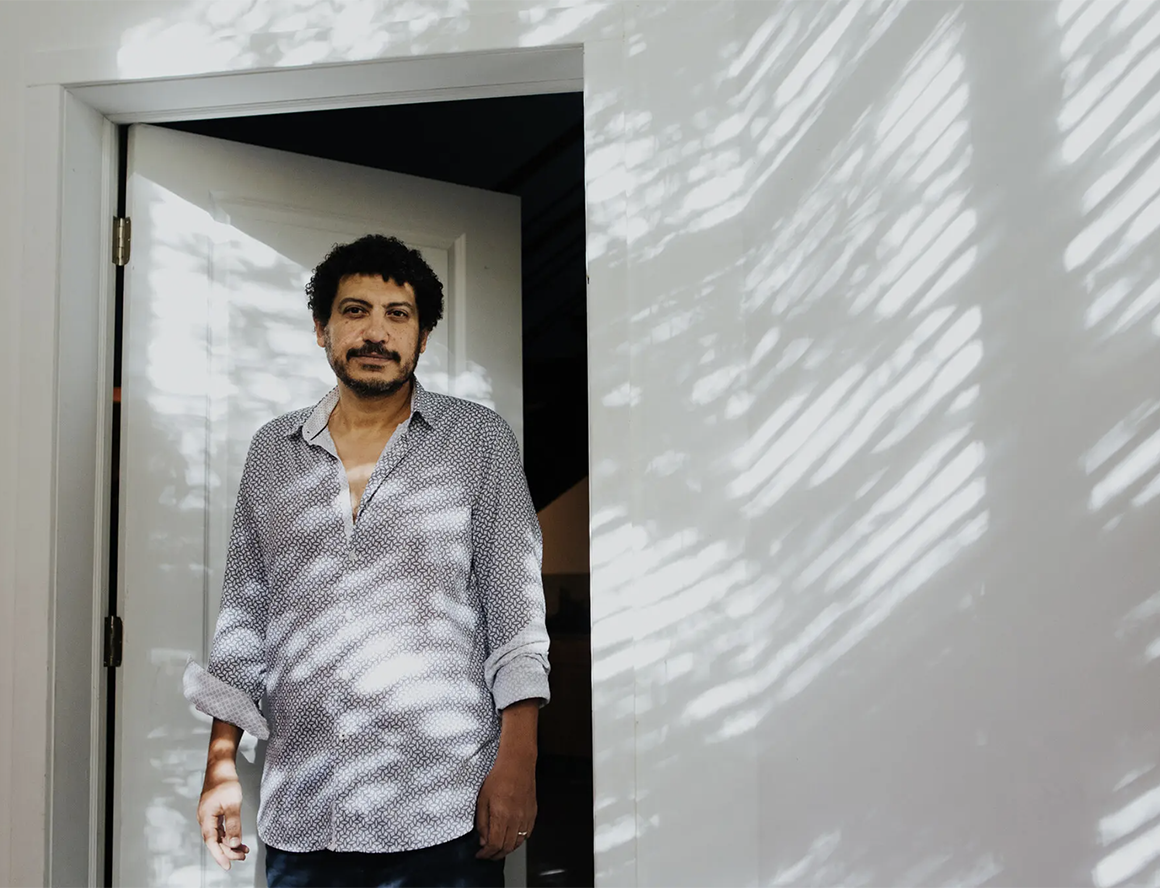