From 31 January – 31 August, MoMA PS1 presents 'Wael Shawky: Cabaret Crusades', a solo exhibition featuring the artist’s epic video trilogy recounting the history of The Crusades from an Arab perspective. Inspired by The Crusades Through Arab Eyes, an essay by Lebanese historian Amin Maalouf, the works chart the Catholic Church’s numerous campaigns to take over the Holy Land in and around Jerusalem, beginning with the early Crusades from 1096-99 that are depicted in Cabaret Crusades: The Horror Show Files (2010), and the First and Second Crusades from 1099-1145 in Cabaret Crusades: The Path to Cairo (2012). The exhibition will feature both of these works and will debut the third and final part of the series alongside a selection of the marionettes from the trilogy.

Based on accounts from primary sources, the works complicate the traditional civilization clash narrative by including scenes that refute common notions of the era, setting the tone for the relationship between the Arab world and the West. Despite its macabre subject matter, the trilogy maintains a certain lightheartedness by employing marionettes in lieu of actors. Using 200-year-old wooden marionettes from the Lupi collection in Turin for the first video, and custom-made ceramic figures for the second, Shawky asserts that the marionettes help to create a “surreal and mythical atmosphere that blends drama and cynicism, telling a story of remote events that could hardly be more topical today,” adding that the work “also implies a criticism of the way history has been written and manipulated.” 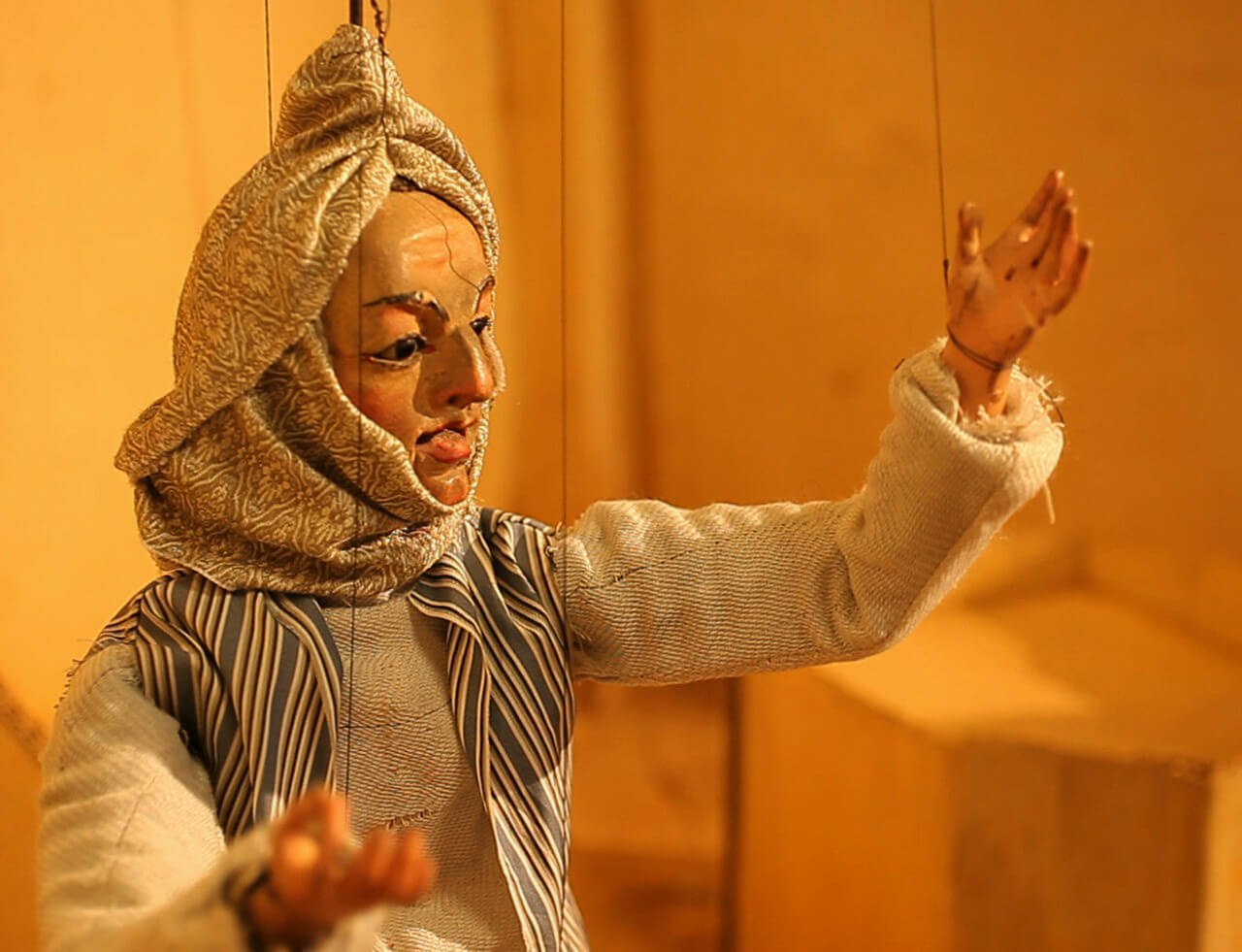