'Song of the Earth' by Jorinde Voigt at Kunstraum Innsbruck, Austria

Jorinde Voigt fuses visual art and music in a new project titled 'Song of the Earth'. Voigt, along with other artists participating in the exhibition 'Works of Music by Visual Artists', has created a new series of drawings that will be read as scores and performed by musical ensembles. The interdisciplinary performance will premiere at the Klangspuren Schwaz Festival on Friday 16 September 2016. Voigt's visual works will be on display at the Kunstraum Innsbruck in Austria from 17 September until 12 November 2016, with further presentations of the work and concerts at the Freunde Guter Musik Berlin e.V. and the Nationalgalerie im Hamburger Bahnhof in Berlin in October.
A musical score, with its system of bar lines, notes, and performance instructions, bears the direct marks of the composer, with the linear notation of tempo, time, dynamics and instrumentation translated into sound by the musician. Avant-garde composers such as John Cage, György Ligeti or Iannis Xenakis have been experimenting with traditional notation since the 1940s, opening up musical scores in the direction of expressive and free picture compositions. For this presentation, Jorinde Voigt similarly enters into direct partnership with musicians. Her artworks become a musical transcript for performers to freely interpret, opening the performance up to chance, improvisation and creative rhythmic structures, and breaking away from traditional harmony and complex musical structures.
In an opposite vein, Voigt, who trained as a cellist, adheres to pre-determinism in her work, leaving nothing to chance. Describing her work in 2003, Voigt says: "Similarly, in principle to the notation of a composition in music, visual and acoustic elements are rhythmically arranged, in addition geographically located by way of marking down meridians and latitudes, and set in relation to duration and speed." Her work addresses specific topics, whether Niklas Luhmann’s treatise "Liebe als Passion" (Love as Passion) or the 32 piano sonatas by Ludwig van Beethoven, which she cuts up into a time and a geographical line and whose affective notations she meticulously records. The drawings created for 'Song of the Earth', inspired by Gustav Mahler's symphony of the same name, denote the earth's rotational direction, number of rotations per day and orders time into the units 'day before yesterday', 'yesterday', 'today', 'tomorrow' and 'day after tomorrow'. Additionally, each work notes direction and position relative to the centre of the earth and closes with a 'now' line, which once more concentrates the origination process in the manner of time and memory.
'Song of the Earth - Chapter 1: Radical Relaxations and Chapter 2: The Shift' is at Kunstraum Innsbruck in Austria from 17 September until 12 November 2016. For more information, please visit http://www.kunstraum-innsbruck.at/en/exhibitions/sixteen/jorinde_voigt 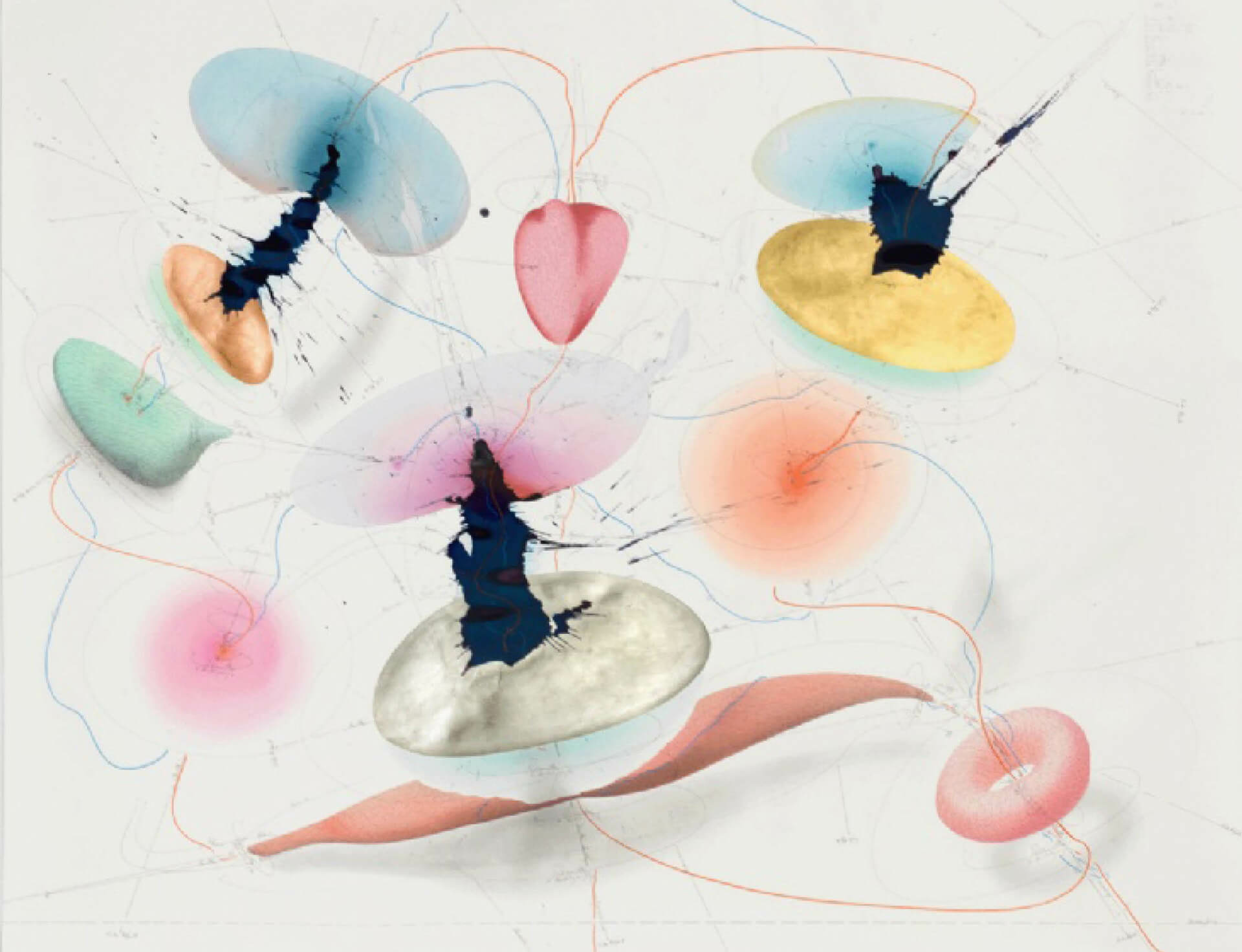