Two major exhibitions of work by Wael Shawky open in Turin, Italy this November. The entirety of the artist's critically acclaimed film trilogies – Cabaret Crusades (2010–2015) and Al Araba Al Madfuna (2012– 2016) – will go on show respectively at Castello di Rivoli and Fondazione Merz until 5 February 2017.
Castello di Rivoli will present the first retrospective of the artist's work in Italy, showcasing a number of seminal works alongside all three Cabaret Crusades films, which tells the story of the Crusades from an Arab perspective. By rejecting the common idea of historical eras, these works move beyond the conventional understanding of the clash of civilisations between the Western world and Islamic cultures. In addition to a historical reinterpretation of events, Cabaret Crusades outlines in-depth psychological research, investigating the multiple protagonists of events described through the use of marionettes, of which the first episode The Horror Show File (2010) uses wooden figurines from the Lupi collection at the Museo della Marionetta in Turin and the subsequent episodes, The Path to Cairo (2013) and The Secrets of Karbala (2015), employ puppets made by the artist, respectively, in ceramic from the South of France and in glass from Venice, with the collaboration of highly skilled French and Italian artisans. By including other recent work, some made specifically for the Manica Lunga in the Castello, the exhibition aims to offer a positive point of view on cultural exchange during this precise and dramatic moment in history.

At Fondazione Merz, an exhibition of newly commissioned work by Shawky will be presented, alongside the artist’s film trilogy Al Araba Al Madfuna III (2016), shown together here for the first time. Visitors will be led through a series of immersive environments that physically compile the films' contents, including detailed architectural set designs and sculptures. The installations, which have been created specifically for the exhibition, create a unique atmosphere drawn from the historical, literary and cinematographic references from which the artist has built his stories. The films draw inspiration from Shawky's visit to the village of Al Araba Al Madfuna in Egypt, where the artist first witnessed the community's activities of digging underground for ancient treasures. Produced in a modern theatrical and cinematographic style, the film features children dressed in turbans, gallabiyas, and moustaches performing the roles of adults while reciting parables from Egyptian writer Mohamed Mustagab’s collection of stories Dairout al Sharif (1983).

Drawings produced during the creation of these films will be on display at Lisson Gallery Milan from 9 November until 7 January 2017. 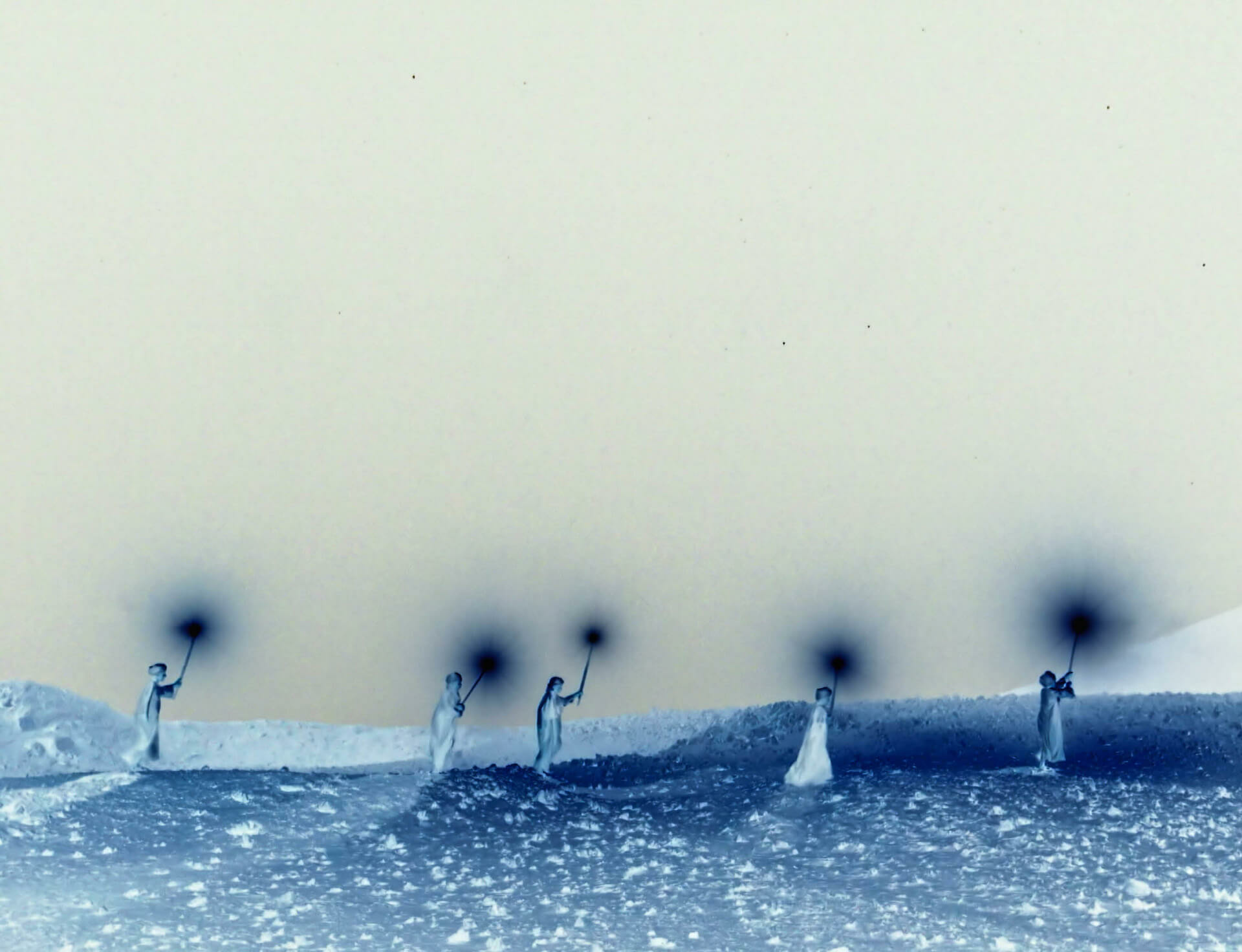