The Art Gallery of Western Australia (AGWA) in Perth will feature a selection of works on paper by Ted Stamm in its exhibition titled 'That Seventies Feeling… the Late Modern', opening 7 December. Celebrating the 40th anniversary of AGWA’s Brutalist building, the exhibition showcases some of the best works in the Gallery’s collection from the decade in which it was built. Rather than echoing various high key transformations occurring in pop-culture at large at the time, these works deal with the relationship between space and the body, how artists navigated between memory and immediate experience, and how politics and performance are traversed.
A development from his first shaped, stretched canvases series entitled ‘Woosters’, Stamm began work on his 'Dodger' and ‘Zephyr’ series in 1975, first based on the outline of a baseball field (after the Brooklyn Dodgers team), and then after a fascination with speed and aerodynamics. The shapes of the resulting canvases and works on paper – three of which are presented at AGWA – resemble the Concorde aircraft and the futuristic, stainless steel Zephyr train.
Image: Ted Stamm, CD-35-7(Concorde Dodger) (1979), graphite and red pencil on paper, 22 x 30 in © Estate of Ted Stamm 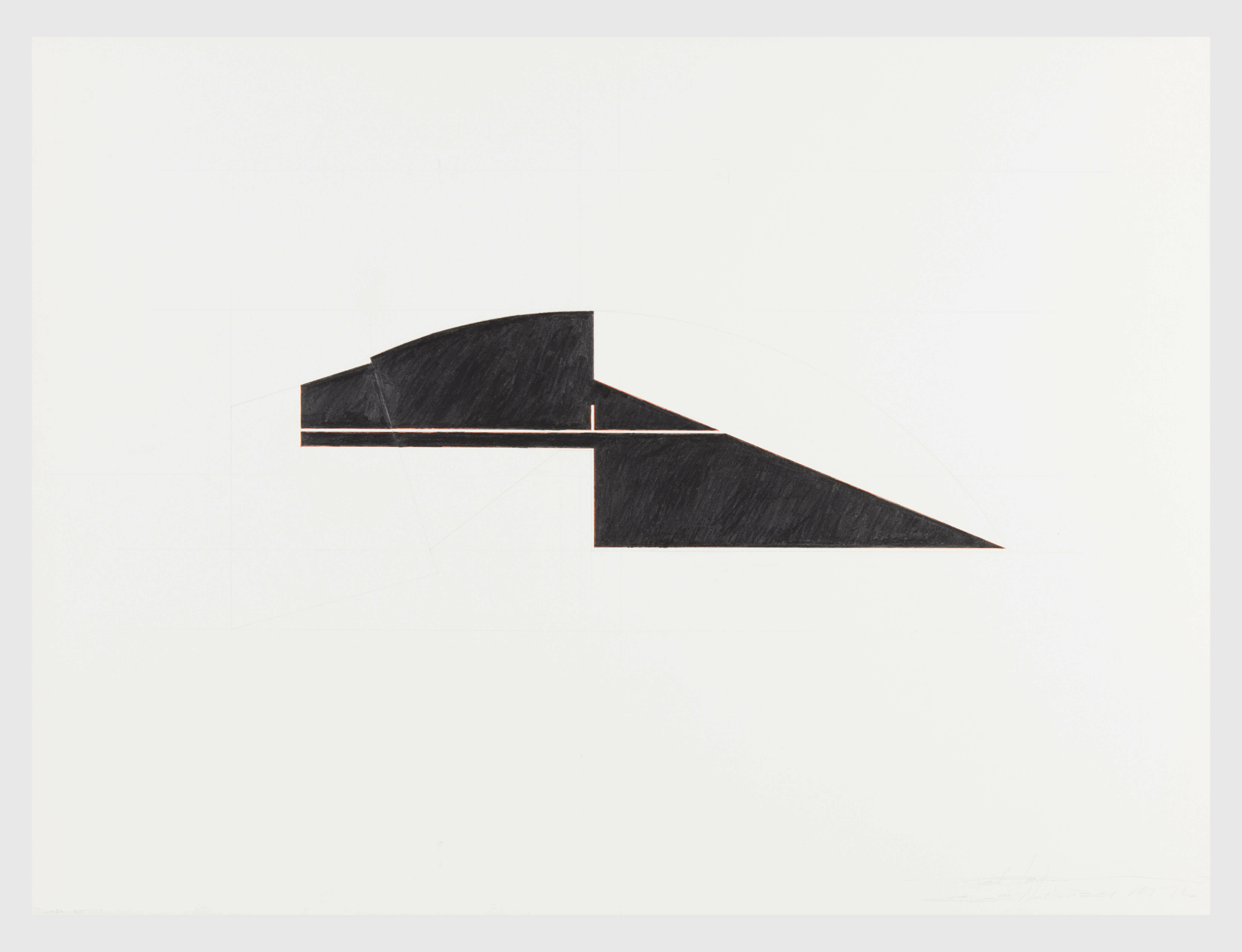