For the Venice Biennale 2022, Stanley Whitney will open an exhibition at Palazzo Tiepolo Passi, from 23 April - 27 November 2022, presented by the Buffalo AKG Art Museum (formerly the Albright-Knox Art Gallery). Co-curated by Cathleen Chaffee, Chief Curator, Buffalo AKG Art Museum, and Vincenzo de Bellis, Curator and Associate Director of Programs, Visual Arts, Walker Art Center, Minneapolis, Minnesota, the exhibition marks the first time that Whitney will present works that have exclusively been created in Italy—from early works dating to the pivotal years he spent in Rome, to paintings made during subsequent summers spent in his studio near Parma throughout the last three decades.

The presentation will gather examples from thirty years of Whitney’s acclaimed ‘Italian Paintings,’ many painted in his studio near Parma, Italy, as well as a number of the artist’s Italian sketchbooks. While Whitney has been exploring the formal possibilities of color within evershifting grids of multi-hued blocks and all-over gestural fields since the mid-1970s, he spent a formative period living in Italy in the 1990s where he was absorbed by Roman art and architecture. That experience triggered a paradigm shift that fundamentally changed the structure of his paintings. Whitney has kept a studio outside Parma since that time and the pace of life in that region became a key, albeit underrecognized part of his creative practice—Italy and Italian art and architecture continued to have a profound influence on his work.

Whitney was born in 1946 in Bryn Mawr, near Philadelphia, and grew up in a house filled with music. By the time he completed his MFA at Yale in 1972, Whitney had found his voice as a visual artist through a network of influences, from Donald Judd, Al Taylor, and Jack Whitten to Nina Simone, American quilts, Alma Thomas, and Piet Mondrian. He had come to see “endless possibilities” in the openness of abstraction. With his early acrylic paintings of 1971–72, Whitney worked to combine gesture and color with lessons learned by studying the Color Field paintings of Morris Louis. In the late 1970s, he moved away from acrylic paint and canvas to make an important series of black-and-white drawings on mylar followed by monumental oil paintings of animated circular forms that gesture toward the landscape tradition.

Despite many breakthroughs during these years, Whitney had only one solo show in New York between 1972 and 1989; it was not an easy time for an abstract artist of color to find a place in the New York art world. Out of frustration, Whitney and his wife moved to Italy in 1992, and its art and architecture soon became palpable in his paintings.

As co-curator Cathleen Chaffee has noted, “Whitney’s experience of Italian architecture during his time in Rome in the early 1990s inspired a new direction in his painting that has characterized his work ever since: architectural geometries, spontaneous brushwork, and improbably gorgeous juxtapositions of color. With a selection of works from the last twenty-five years, the exhibition will shed some light on this relationship in the rich historical context of Venice and the Palazzo Tiepolo Passi.”

Co-curator Vincenzo de Bellis remarked, “When Stanley and Cathleen asked me co-curate this exhibition, I was thrilled to give my perspective, as an Italian curator living and working in the US, on the relationship and influences that Italian art and architecture have played in Stanley’s painterly production, specifically his signature grid system. It was a result of his first sojourn in Italy that Whitney began collapsing the space between his blocks of color and creating the densely gridded, but endlessly variable compositions he continues to make today.”

The exhibition will be presented across Palazzo Tiepolo Passi, a mid sixteenth-century building located along the central stretch of the Grand Canal. The Palazzo has an early Renaissance-style façade—with visible remains of frescoes painted by Andrea Meldola—and comprises a ground floor with a courtyard and garden; and the Noble Floor, characterized by an ornate balcony looking over the Grand Canal with an additional terrace with a pergola of wisteria. The architectural layout of the Palazzo respects the characteristic style of historic Venetian palaces, with a large central hall around which winds a path of side rooms elegantly decorated, preserving all the ancient Venetian features in its architecture and furnishings.

The exhibition will be accompanied by a new publication featuring essays discussing the works on view and Whitney’s relationship with Italy as well as installation views.

In addition to the forthcoming survey exhibition at the Buffalo AKG Art Museum, Whitney will present new work created during the last year in a solo show at Lisson Gallery in New York (2 November–18 December).

Read more about the exhibition in an interview with Stanley Whitney in the New York Times here. 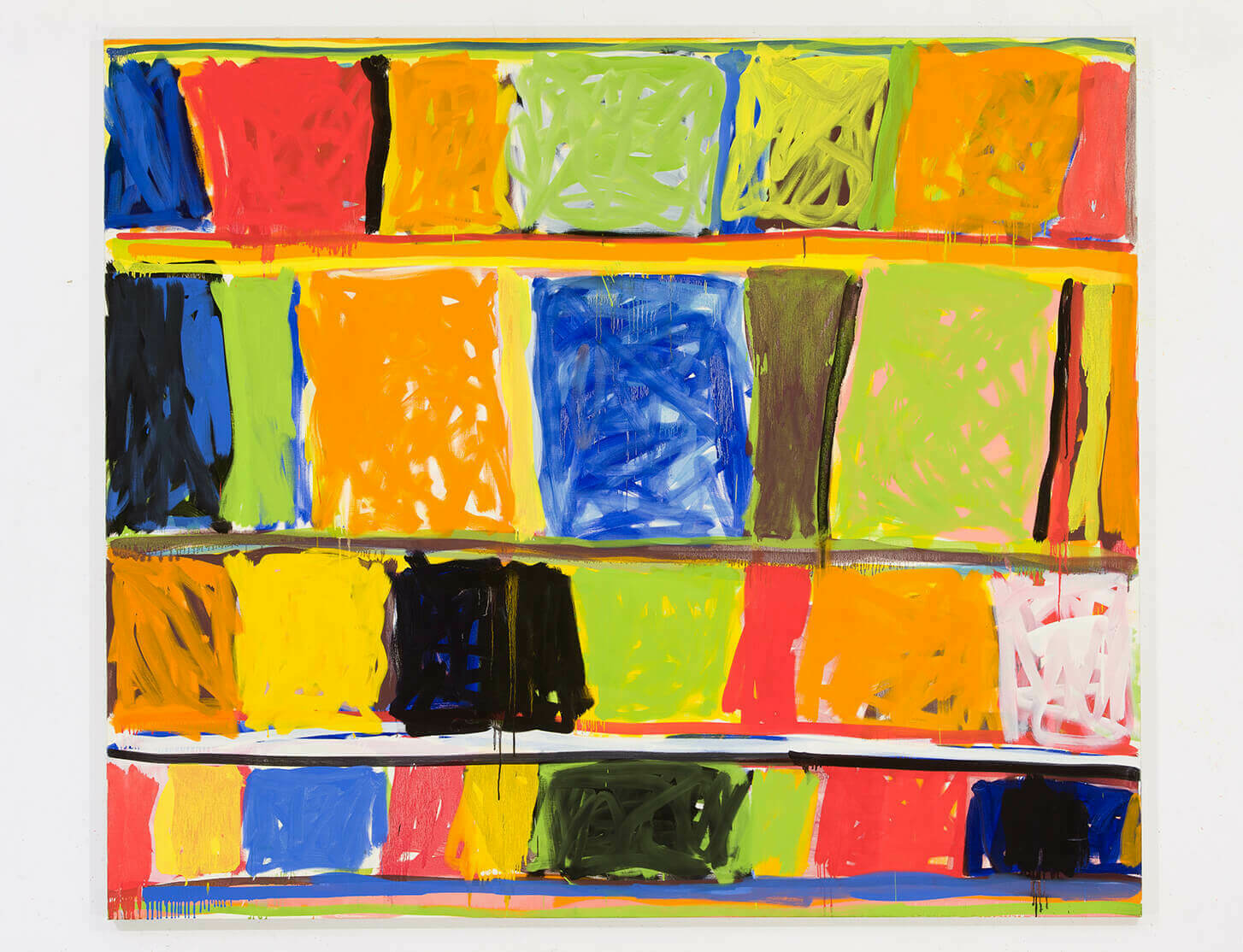