The Biennale of Sydney is temporarily closed due to COVID-19.

A new immersive installation by Laure Prouvost entitled Into All That Is Here With The Two Cockatoo Too is being presented as part of ‘NIRIN’, the 22nd Biennale of Sydney, which opened in March across a number of historical and cultural sites in the city. Meaning edge in the native language of the Wiradjuri people of western New South Wales, ‘NIRIN’ is an artist- and First Nations-led endeavour, presenting contemporary art and events that connect local communities and global networks.

The site-specific commission by Prouvost invites a sensorial experience of language and the perception of ideas, sitting at the entrance to one of the Biennale’s most coveted locations: the UNESCO world heritage site of Cockatoo Island. Extending inside the island’s Dog Leg Tunnel, the installation builds upon the underground tunnelling and submersion explored in the artist’s 2019 Venice Biennale project, by uniting the numerous historical and natural narratives existing at Cockatoo Island whilst also highlighting the fantastical qualities and transformative potential of Dog Leg tunnel.

Here is an excerpt from the ArtForum review of the Biennale by Anthony Byrt: "On Cockatoo Island in Sydney Harbour, Laure Prouvost’s Into All That Is Here with the Two Cockatoo Too, 2020, snaked through one of the location’s most distinctive spaces: the nearly 600-foot-long Dog Leg tunnel, constructed in 1915 to facilitate the transportation of workers and materials across the island. Prouvost’s work took the viewer on a journey through, and past, a series of memento mori vignettes, which included objects like dried fish, a half-consumed stick of butter, an open Aussie beer can, and a lone mandarin orange. Scattered throughout were surreal animal totems that resonated with the site, such as a shark with a fish in its mouth, the head and tail made from ceramic, the body from driftwood. Syrupy voice-overs accompanied videos of oneiric landscapes, displayed on mucky screens or projected straight onto the dank floor. The installation was calling, in a sense, to Cockatoo Island’s traumatic past as a colonial prison surrounded by shark-filled waters and, later, as a brutal reformatory for young Sydney women who’d found themselves on the wrong side of Victorian laws." 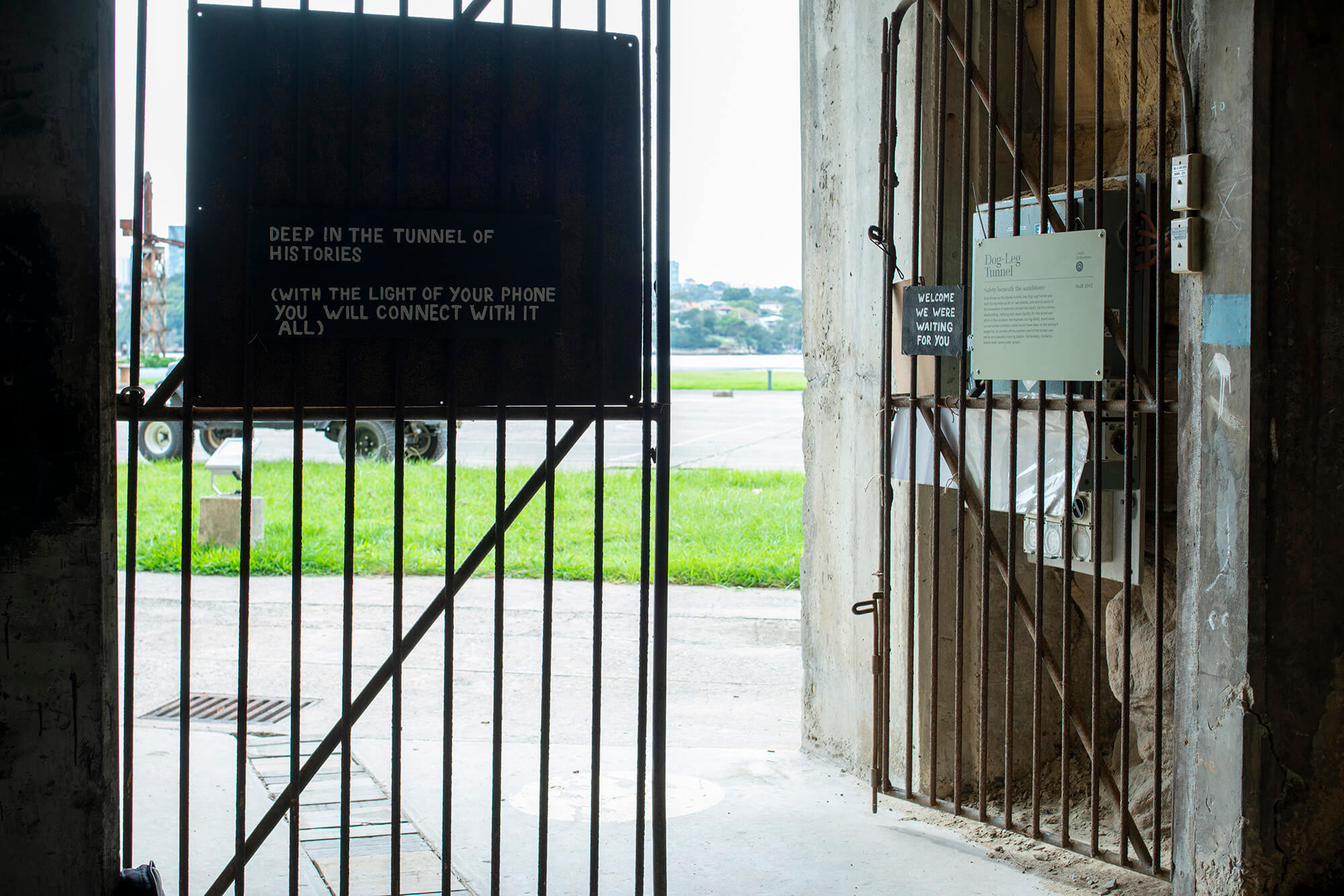 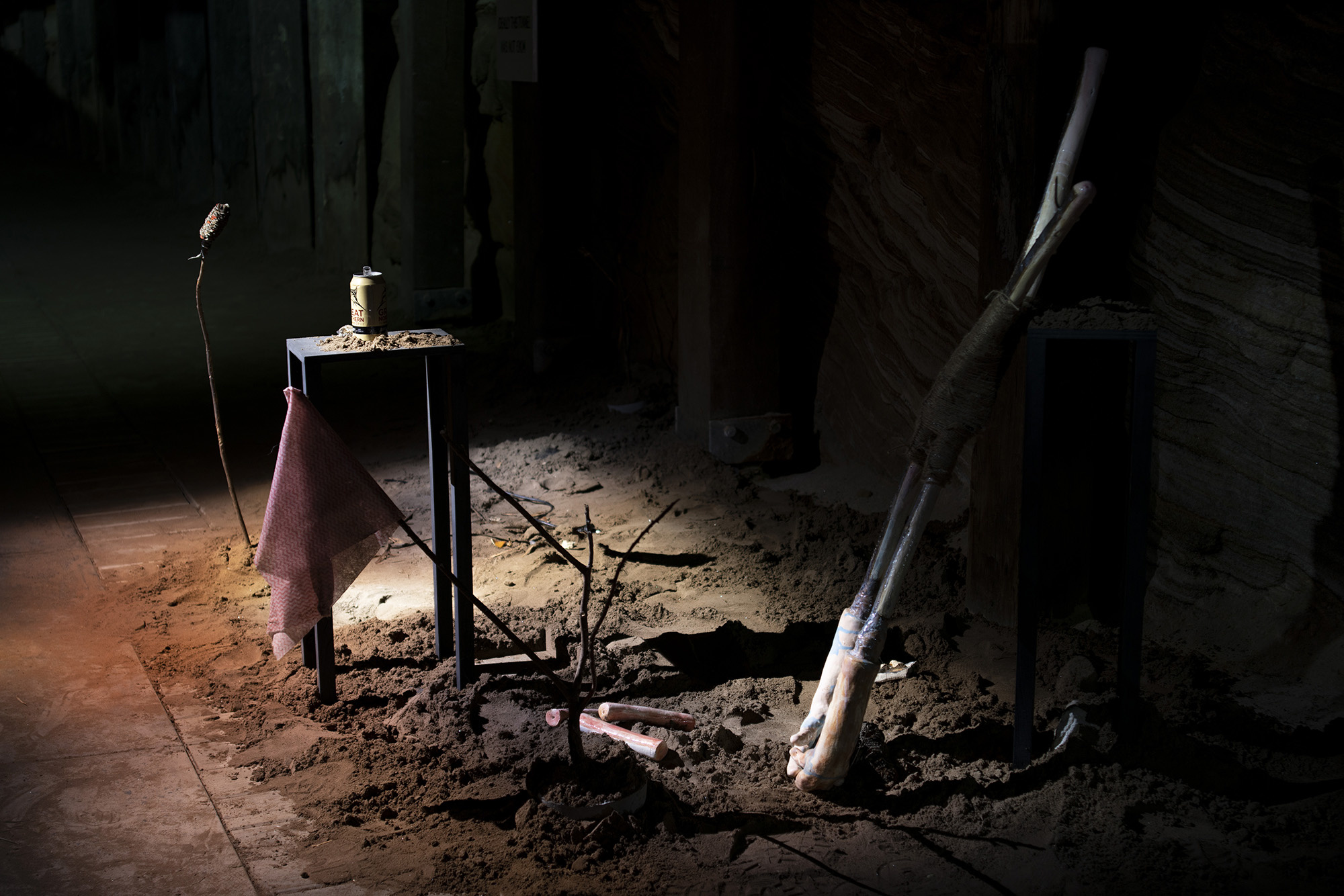 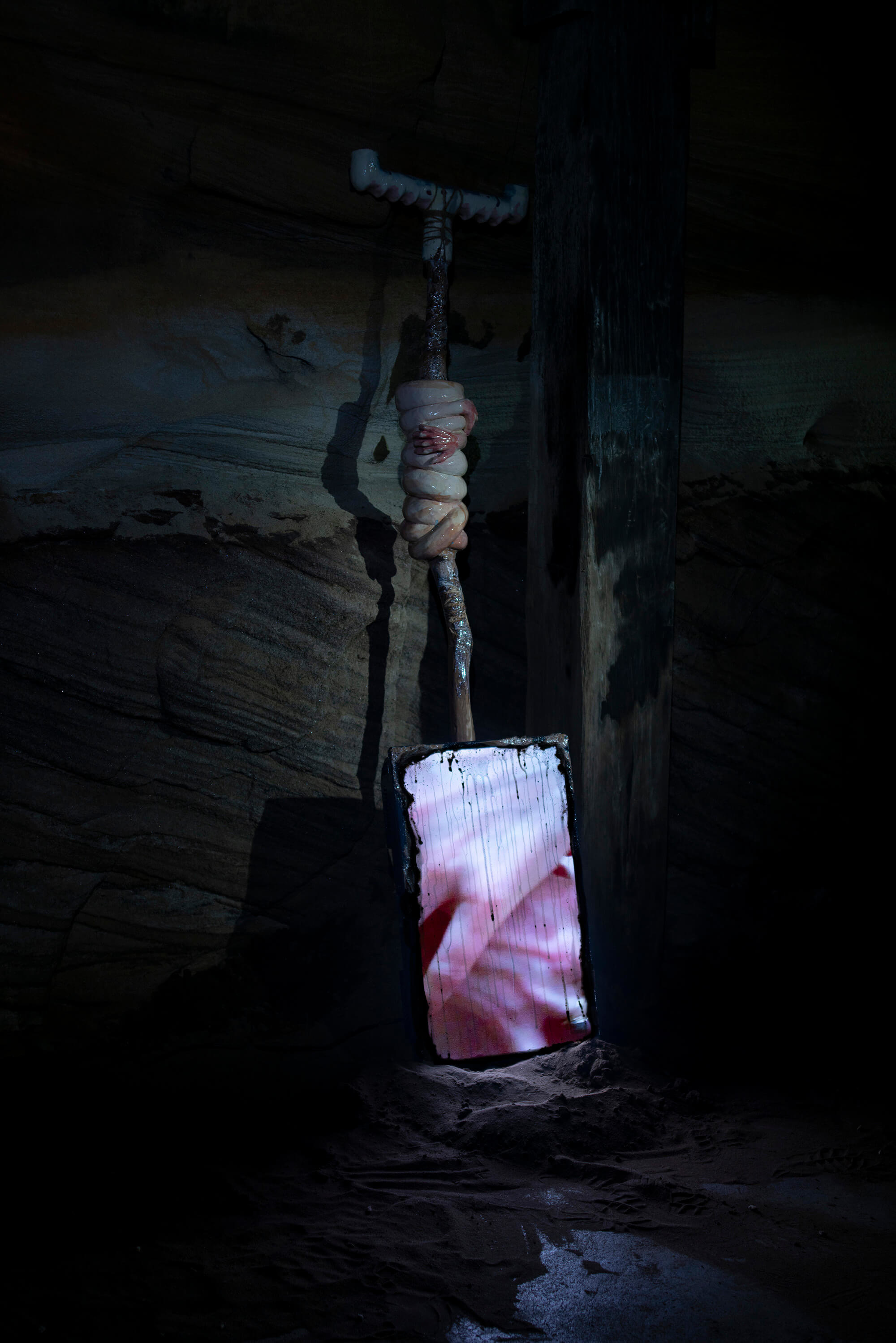 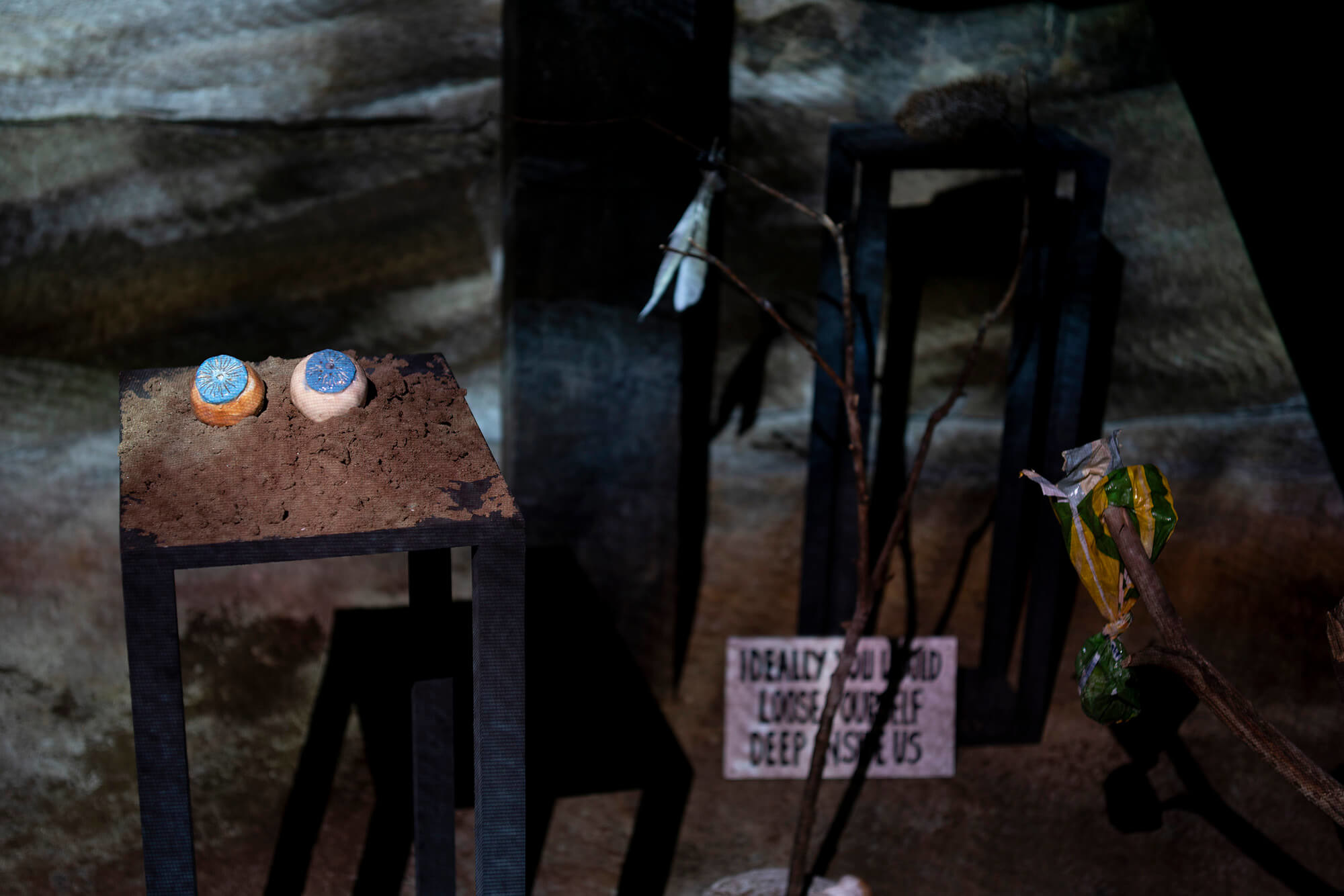 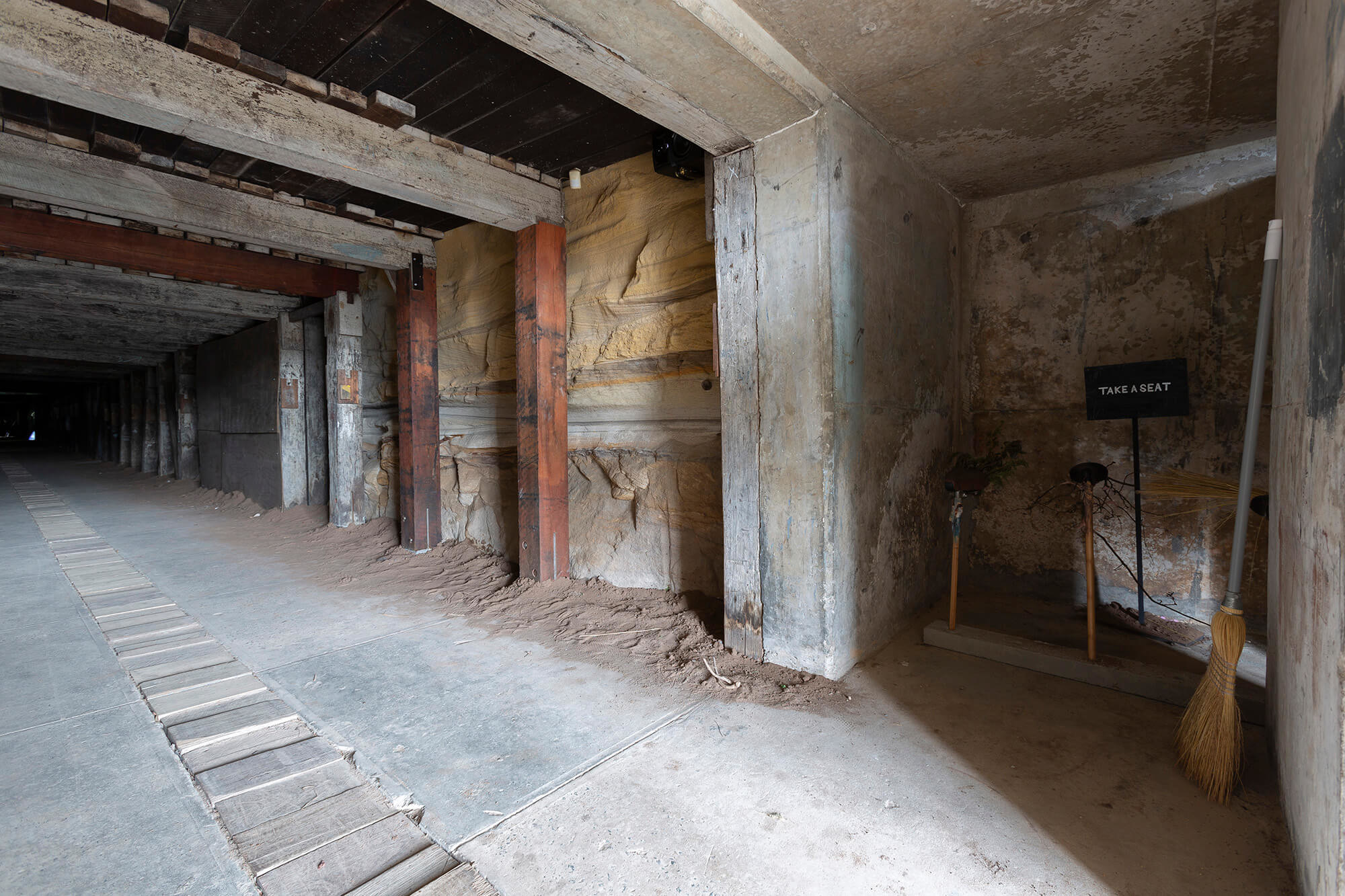 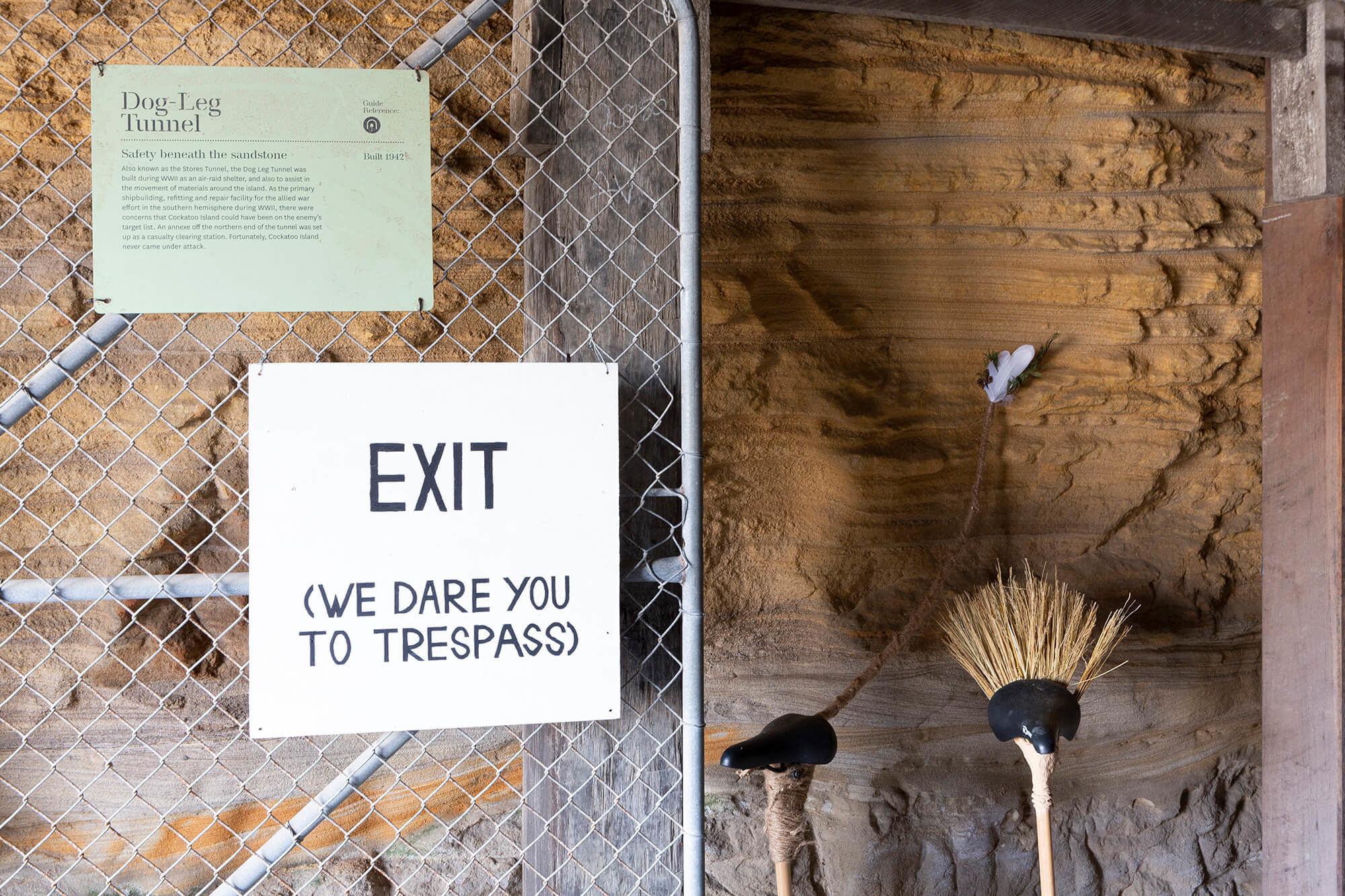 Images: Installation view of Laure Prouvost, Into All That Is Here With The Two Cockatoo Too (2020) at the 22nd Biennale of Sydney (2020), Cockatoo Island. Courtesy the artist; Galerie Nathalie Obadia, Paris/ Brussels; carlier | gebauer, Berlin/ Madrid; and Lisson Gallery. Photography Jessica Maurer 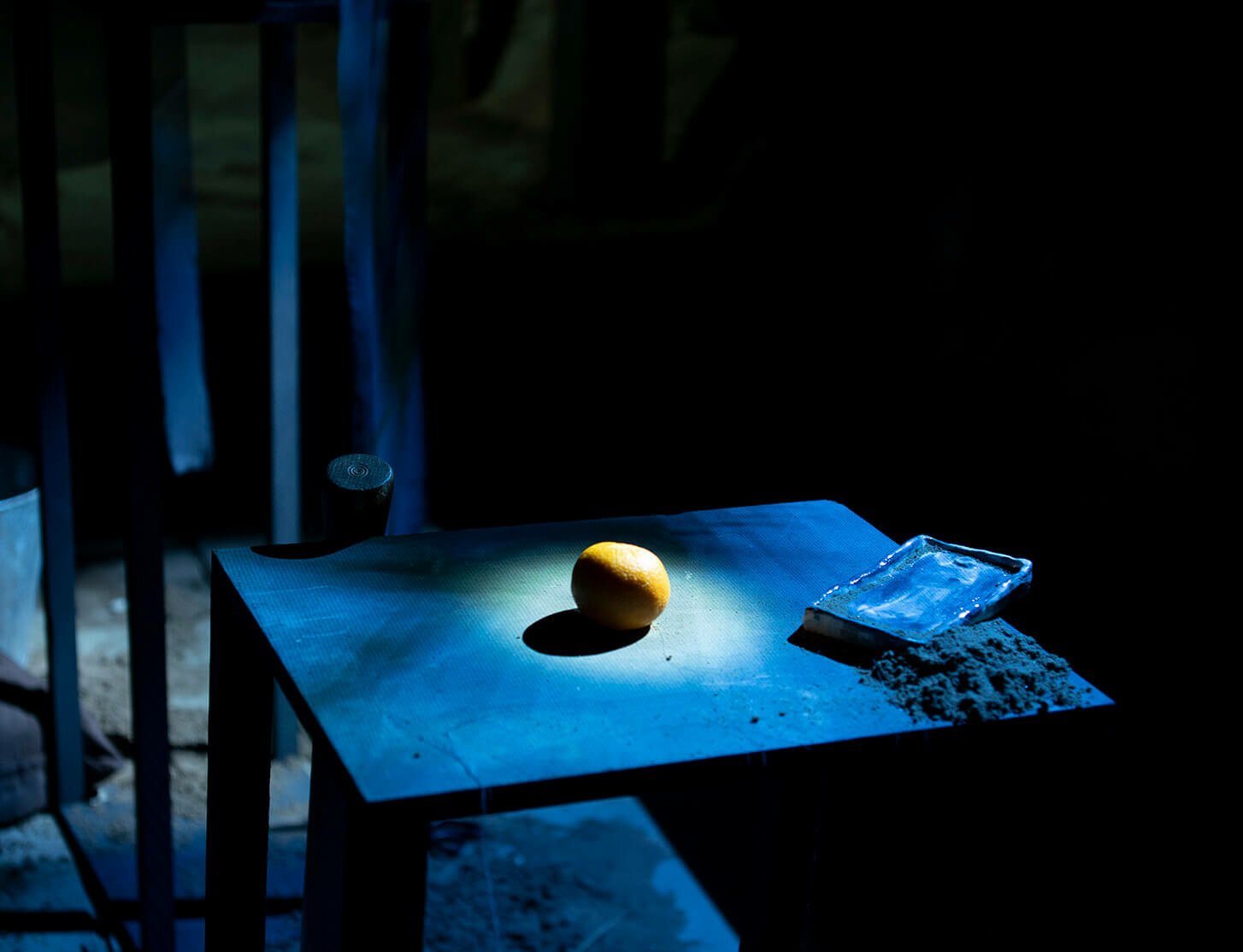