Born and raised in Tucson, Arizona, Lucy Raven has engaged the Southwest as a subject in multiple mediums in various ways. Among her most notable recent works are Ready Mix (2021), an immersive film installation featuring earthy and abstract footage from a concrete plant in Bellevue, Idaho, and Demolition of a Wall (Album 1 and 2), a pair of related films from this year focused on blast waves captured via high-speed camera technology at an explosives range in Socorro, New Mexico. Other works related to the region include China Town (2009), an animated projection piece drawing on thousands of photographs that trace the production of copper wire, beginning with the mining of ore in Nevada. Ready Mix was made on commission for the Dia Art Foundation, whose connection to the Southwest involves overseeing Walter De Maria’s Lightning Field, Robert Smithson’s Spiral Jetty, and Nancy Holt’s Sun Tunnels. Demolition of a Wall (Album 1) was shown as part of the 2022 Whitney Biennial. During a discussion at her studio in New York, where she is currently based, Raven talked about her upbringing, the evolution of recent artworks, and how she came to know more—and less—about the Southwest from afar.

ANDY BATTAGLIA When did you first engage with Land art? How far back does that go?

LUCY RAVEN I didn’t know much about it in high school, but when I was in college I got really interested in geography and photography, and then the history of large-format and landscape photography. I wrote for a history of photography class on the Central Arizona Project Photographic Survey, which documented the massive aqueduct that brings water from the Colorado River to Tucson. Later, I encountered the work of artists associated with Land art—Robert Smithson, Nancy Holt, Michael Heizer, Walter De Maria—and then more process-oriented stuff like work by Robert Morris. One early memory I have is taking off from the Tucson airport and seeing the sewage treatment plants as brightly gradated shapes. I can see now that I first encountered those aspects of industry as an abstraction.

BATTAGLIA When did you begin to think of making artwork related to the Southwest as a subject?

RAVEN I met someone who turned me on to Matthew Coolidge and his Center for Land Use Interpretation (CLUI). I ended up doing a residency there on and off for three years, out of which came several works, including China Town. It was really from New York that I began to think more critically about “the West” as such. The residency was pretty much a trailer on the airstrip of a decommissioned military air base in Wendover, Utah, right on the border of Nevada. When I first got there, Matthew met me, showed me around, took me for lunch at a casino, and told me, “Have a good month.” It was totally independent. There was a map with points of interest, with Spiral Jetty, Sun Tunnels, and other things that were within driving distance. I explored all that stuff from there, but I hadn’t been to any of them before. I just went to The Lightning Field a couple years ago, which was fantastic, interesting, weird.

BATTAGLIA What did you work on during your CLUI residency?

RAVEN My original idea was to make a piece at the Bingham Canyon Mine, which is a massive pit that Smithson wrote about in an essay, describing a proposal for a piece he never made. If you fly into Salt Lake City, you can see it as you’re landing—you see the Great Salt Lake from one side of the airplane and the Bingham pit on the other. You can see it from the moon. It’s one of the biggest holes in the world. It was started and owned by the Guggenheim family. The money that came from their smelting company went into making the museum in New York. It’s an interesting history. But it was tricky to film there to the extent that I wanted, so I ended up making a different project about a real estate development that the current mining company was building atop the old tailings ponds.

China Town started at a different mine, not too far away in Nevada. Where I was staying, in Wendover, a very loud truck would barrel down the otherwise rarely used road every hour, 24 hours a day. It looked like it was carrying ore. I followed one of them one day, and it led me to another mine where they were excavating copper ore, processing it partially on-site, then sending that material to China to be smelted, refined, and sold there. I didn’t set out to make a work about the West. China Town started with questions about a source that was also a giant void—the excavation of a resource that would get broken down and reformed into a conduit of connection through an extremely discontinuous, globalized production process. The recent work I’m thinking of much more as a kind of riff on the genre of the Western.

Read the full conversation between Lucy Raven and Andy Battaglia in Art in America here.

This interview also appears in the November 2022 print issue of Art in America, pp. 62-65, along with a pull-out print by the artist. 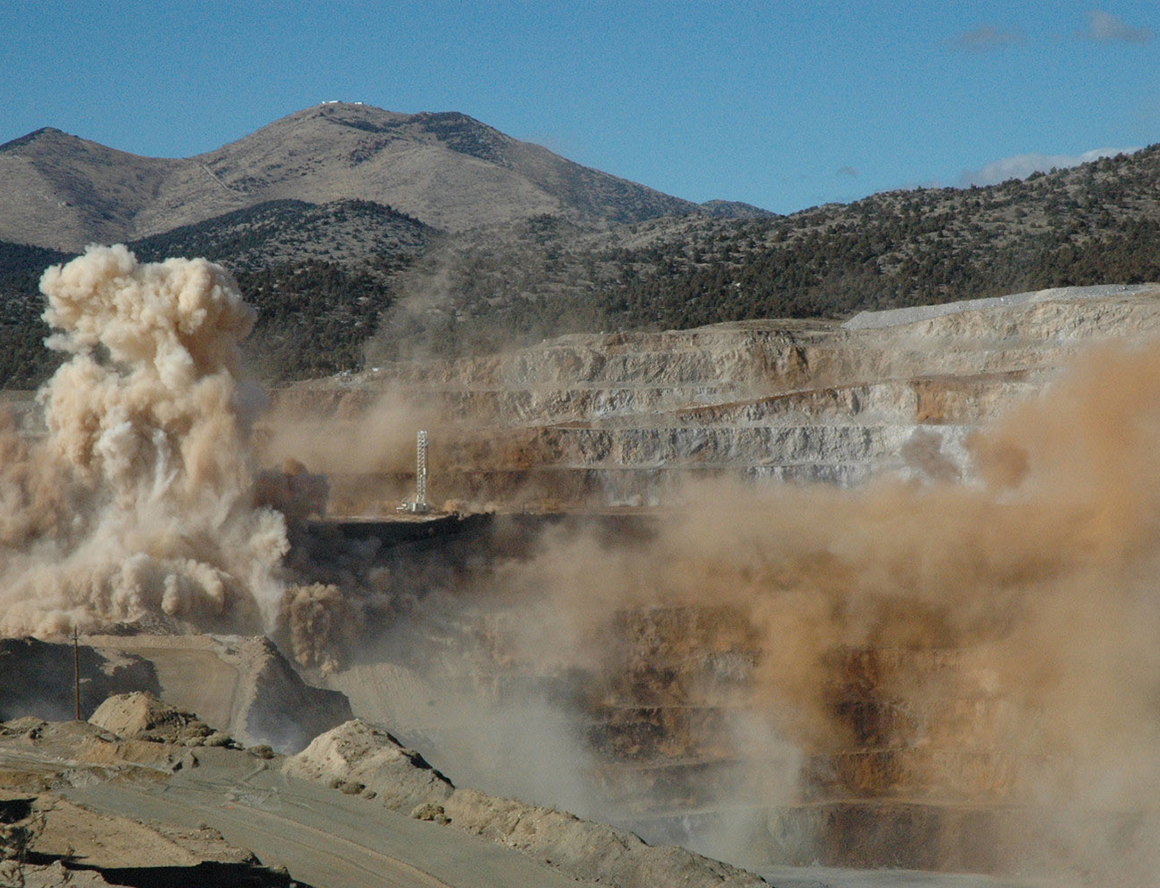