If reading prose is like taking pills for arthritic pain, then reading poetry is akin to that of a steroid injection directly into an inflamed joint. In other words, poetry speaks to the unconscious and facilitates the mentalization of the nonverbal substrate of the psyche. Reading poetry informs one about the inner state of affairs, embraces empathy with the self, and therefore facilitates mourning. Writing poetry involves self-holding, illusory though omnipotent manipulation of objects, discovery of the internal source of anguish through its mentalization, and a mastery of pain through “self-dosed” suffering and surviving the suffering.

Sean Scully is undoubtedly a major master of abstraction, largely geometrical but not without gestural touches, as the often brushy painterliness that informs the geometrical bands of many of his works, giving them a moody expressiveness, indicates. Landline Pink, 2013 and Landline North Blue, 2014 are two among many such subliminally expressionist geomorphic works, contrasting sharply with his smoother, more finished looking works, such as Blue and Precious, both 1981, or the earlier, even more static, ingenious grid paintings, such as Harvard Frame Painting, 1972 and Green Light, 1972-1973. All of these works, along with many others, are on display at the huge retrospective of Scully’s works at the Philadelphia Museum of Art. The catalogue has a number of art historical essays that exhaustively analyze Scully’s works, convincingly arguing he is the grand, climactic master of geometrical abstraction. His art is about the eternal return of eternal geometry, geometry being “knowledge of the eternally existent,” as Pythagoras said. Whatever existentializing touches give his geometrical forms auratic presence, they remain Platonically autonomous and transcendent—transcend the gestural vicissitudes that seem to mar them but that in fact underline their perfection by giving it sensuous presence. However profaned—sullied, perversely informed--by gestural touches, Scully’s geometry remains peculiarly intact, numinously present, implicitly pure, a hierophanic revelation. Each and every one of his paintings is an aesthetic masterpiece, seemingly beautiful and sublime, inviting and intimidating at once.

'Sean Scully: The Shape of Ideas' is on view at the Philadelphia Museum of Art through July 31. 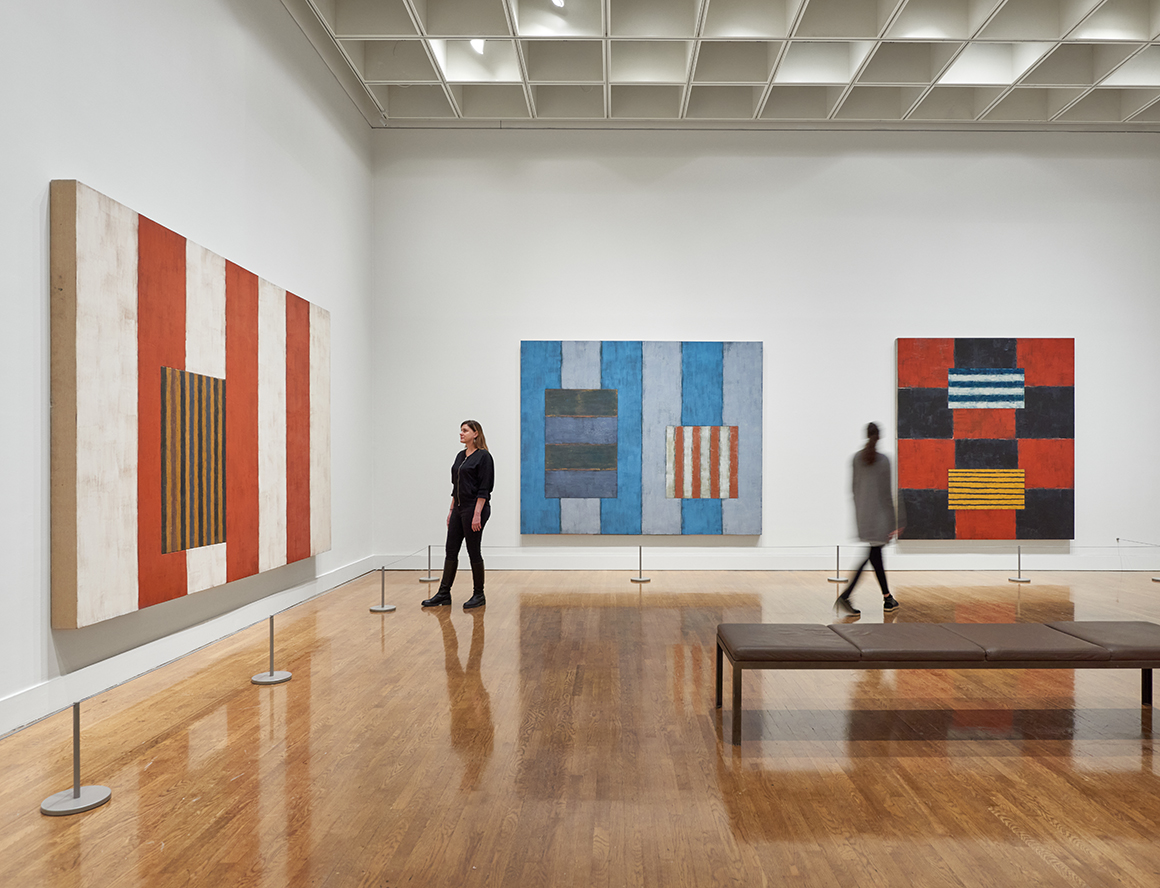