From September 7, 2013 through January 12, 2014, Deichtorhallen Hamburg is showing the largest retrospective to date of the sculptural, photographic and filmic oeuvre of Spanish artist Santiago Sierra (born in Madrid in 1966). The exhibition was curated by Dirk Luckow and comprises over 70 works.

Sierra is internationally renowned for his provocative performances. It is hard to imagine another European artist whose works are the subject of more controversy, whose oeuvre has elicited such protests. In his work, Sierra’s subject of choice is the structural violence imposed by political and economic systems. For his piece 250 cm line tattooed on 6 paid people, six young Cubans standing next to one another had a continuous line tattooed across their backs for $30; in 2003 he had the entrance to the Spanish Pavilion at the Venice Biennale bricked up, leaving only a small opening, and only allowed holders of Spanish passports to enter; in a very controversial action in Germany he directed car exhaust fumes into a synagogue in Stommeln, transforming the latter into a death chamber; in exchange for small sums of money he left people in cardboard boxes for hours on end, had them support a collapsing wall or had them masturbate in public.

Sierra confronts viewers with an external reality where economic exploitation, low wages, self- prostitution and blocking out the past are the order of the day: “My work champions lives destroyed by capitalism. And for me, capitalism is sadism’s economic weapon of choice.” Sierra’s art not only represents an attack on the unfair distribution of wealth and on inhumane working conditions, but he also and primarily uses it to criticize the positive image of work that is dominant within capitalist society.

Sierra states that in his work he does not portray his own desires, but reality – yet this declaration actually stands in crass contrast to the minimalist abstraction and reduction that are the formal characteristics of many of his works. At the same time, with this statement the Spanish artist thus professes “objective form” to be the principal objective of minimalism. The exhibition at Deichtorhallen Hamburg, staged at Sammlung Falckenberg in Harburg, underscores these formal qualities of his work. Alongside Sierra’s sculptures, the exhibition is also showing photographs, filmic works, installations and objects. It is complemented by a “memorabilia” room showing posters, invitation cards, documents and sketches of actions and constructions covering a period of more than two decades.

The exhibition at Sammlung Falckenberg provides viewers with insights into Sierra’s development with, among other things, his minimalism and concept art. In fact, most of his works are relicts of past performances. Sierra’s work is characterized by clear announcements in the style of a movie director. This starts with his photographic or filmic documentation, which lacks real photographic or filmic aesthetics. Sierra’s large-format, black-and-white photographs are often coarse-grained and document his performances, which are generally public. What also associates Sierra with artists such as Joseph Beuys, Richard Serra and Franz Erhard Walther is his sculptural aesthetics.

There are moreover close links between Sierra and the city of Hamburg. Not only are important photographic works by Sierra in the possession of Sammlung Falckenberg, more than anything else, his time at the Hochschule für bildende Künste (Academy of Fine Arts) there left its mark on him. At the beginning of the 1990s, Sierra attended classes held there by Franz Erhard Walther, Bernhard Blume and Stanley Brouwn. It is here, in particular, that his artistic roots lie. “For Sierra, the Hamburg Harbor represents what the Sistine Chapel is for other artists,” explains Dirk Luckow, Director of Deichtorhallen. Early photographs by Sierra, some of them dating from his Hamburg days, are on show here for the first time (Schutt- und Aschehalden, Piles of Rubble). Individual items of Sierra’s early sculptural work, some of which were produced during his student days in Hamburg, will be reconstructed or documented by photographs, for example cubes made of truck tarpaulins with a minimalist feel to them.

Since his spectacular contribution to the Venice Biennale in 2003, Sierra’s reputation has grown enormously. As one of Spain’s most reputed artists, in 2010 he was lined up to receive Spain’s national prize for fine arts, the Premio Nacional de Artes Plásticas de España, which comes endowed with €30,000. However, Sierra refused the prize declaring that he did not want to be exploited by the state.
Sammlung Falckenberg website exhibition page 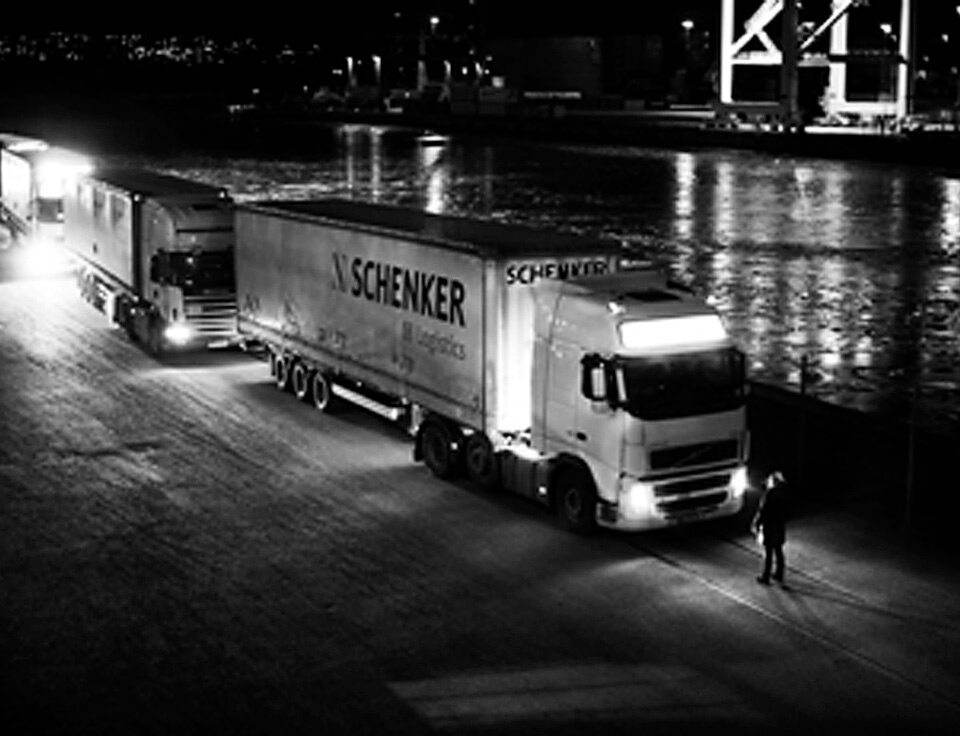