Ryan Gander presents Feelin’ everythin’, whilst doin’ nothin’ at Dries Van Noten’s The Little House. The solo presentation continues Gander’s preoccupations with the fluctuating value systems of time, money, opportunity, attention and privilege. Materializing in Los Angeles through new and recent sculptures and installations, Gander’s associative process involves a questioning of language and knowledge, as well as a reinvention of both the modes of appearance and the creation of an artwork. Ultimately a set of hidden clues to be deciphered, the exhibition encourages viewers to make their own associations and invent their own narrative in order to unravel the complexities staged by the artist.

The presentation brings together a selection of works made in the last five years. Highlights include two new animatronic sculptures: Everything in its place (2023), a life-sized mosquito, randomly twitching as if about to die, found on a plaque with the details of the artwork itself, discarded on top of standard museum plinth – perhaps prior to installing the exhibition; and Bound by things (2023), a magpie perched on top of a framed, highly reflective black monochromatic artwork. The bird counts backwards to herself in the voice of a young girl, from 100 to 0 in an endless loop of futility.

Also featured is the recent work titled Chronos Kairos, 14.58, 2021 which takes the form of two circular, double-sided wall clocks, merged into a single object, though diverging at odd angles – rendered in stainless steel. The clock faces are without numbers or hands: there is no telling time. The title references two Greek terms for time: ‘chronos’ and ‘kairos’. While we just have one word to describe many realities, the Greeks used ‘chronos’ (from which ‘chronology’ is derived) to refer to linear, sequential, measureable time, and ‘kairos’ to describe a circular time, dancing back and forth with no clear beginning or end. Arguably today, ‘chronos’ prevails, in a world driven by clocks and calendars. In Gander’s words, ‘the focus of our time should be on the value of time itself. Time and the future are the subjects of our time.’

A centrepiece of the show is These memories are not my own (2019-2020), a vending machine that contains 146 objects on the theme of ‘legacy and the consequences of being’, including a stone found by the artist’s children on a beach near the family home, as well as replicas of the very same stone, remade from acrylic, graphite or paper pulp, and the key enabling access to the entire contents of the machine. The machine vends randomly at $500, so the chances of getting a real stone, a fake one, an original work of art, or even the keys to open the door and take everything, are equally weighted against you.

Similarly indicating the subject of chance and opportunity is the work titled A machine to send you somewhere else (2020), a ticket machine that offers each viewer a unique coordinate of a point somewhere on the planet located on land, selected randomly by computer algorithm, redirecting us to a world of encounters outside of the gallery context. In the words of Gander: ‘Sometimes I have to remind myself that I should be just as fascinated with the things I encounter in the world outside of the gallery, as much as the things I experience inside of the gallery. The world is an amazing place, full of signs and symbols. If only we allow ourselves to look. […] Attention is one of our greatest liberties and how we choose to spend it should be considered one of our greatest assets.’ 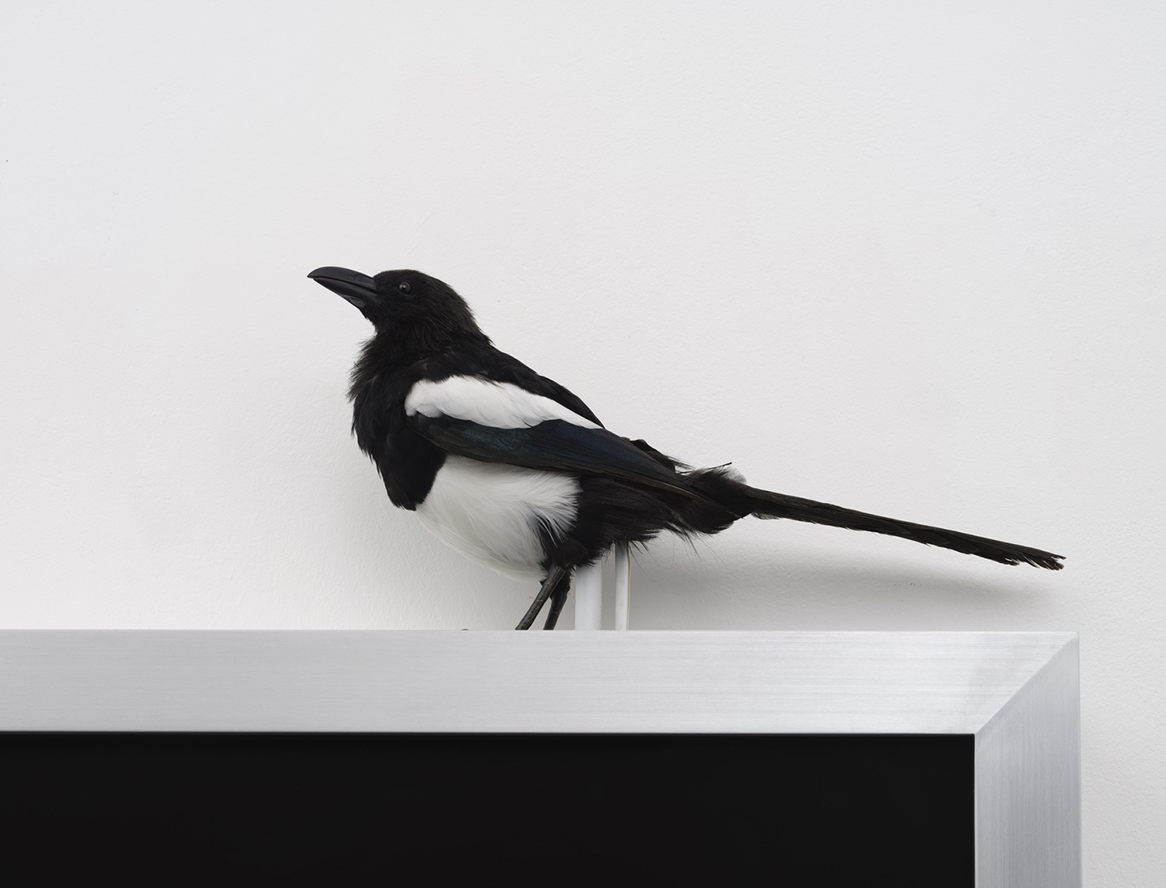