Currently on view at the Gallerie dell'Accademia di Venezia and the historic Palazzo Manfrin is a major dual exhibition by Anish Kapoor, curated by Rijksmuseum Director Taco Dibbits. The presentation powerfully reveals the full, visionary range of Kapoor’s practice, his painterly sensibilities and sculptural prowess.

Massive canvases — clotted with crimson, coagulated with scarlet, veined with vermilion, streaked with sinewy whites — immerse you as you enter the first gallery. A crimson wasteland of wax stretches, bloody as some abandoned battlefield, away to one side. And is that the flayed skin of Marsyas that lies draped in the adjoining room?

With the opening of the Venice Biennale, Anish Kapoor becomes the first British artist to be honoured with a big exhibition at the Gallerie dell’Accademia. He rises to the challenge with a viscerally audacious display. It continues at the Palazzo Manfrin, a rambling columned and courtyarded edifice that Kapoor bought two years ago and now plans to rescue from crumbling dankness and, creating a foundation, return to some of the glory it enjoyed in its 18th-century heyday.

Then it served as a regular haunt of Lord Byron and a home to a host of the loveliest paintings that today hang in the Accademia. Now it is the site of what appears to be a massive clitoris.

Don’t be put off. Alongside the visceral eruptions of Kapoor’s sculptural paintings is a wide assortment of other pieces. They range from popular favourites (a sky mirror capturing Venetian skies in a courtyard) to such new works as the massive pristine white protuberance that pushes, like a swelling pregnancy, through the walls of a gallery. Then there are the cases that display what (from one angle at least) appear to be geometric shapes cut out of the intense velvety darkness which, developed using carbon nanotechnologies and absorbing more than 99 per cent of all visible light, is apparently the blackest black in the world. It can play entrancing tricks on you.

Read the full five star review by Rachel Campbell-Johnston in The Times here.

The presentation has received reviews in publications internationally, including:

The Times
Venice Biennale 2022: Zelensky and the art of war replace yachts and oligarchs

Corriere Della Sera
Anish Kapoor: "Creating is not like procreating. This is why I envy motherhood"

ARTnews
The World Is Not Enough: Anish Kapoor Mounts a Grand, Dread-Inducing Doubleheader in Venice

The Art Newspaper
Venice Biennale 2022: the must-see collateral exhibitions around the city

W Magazine
What to See at the Venice Biennale 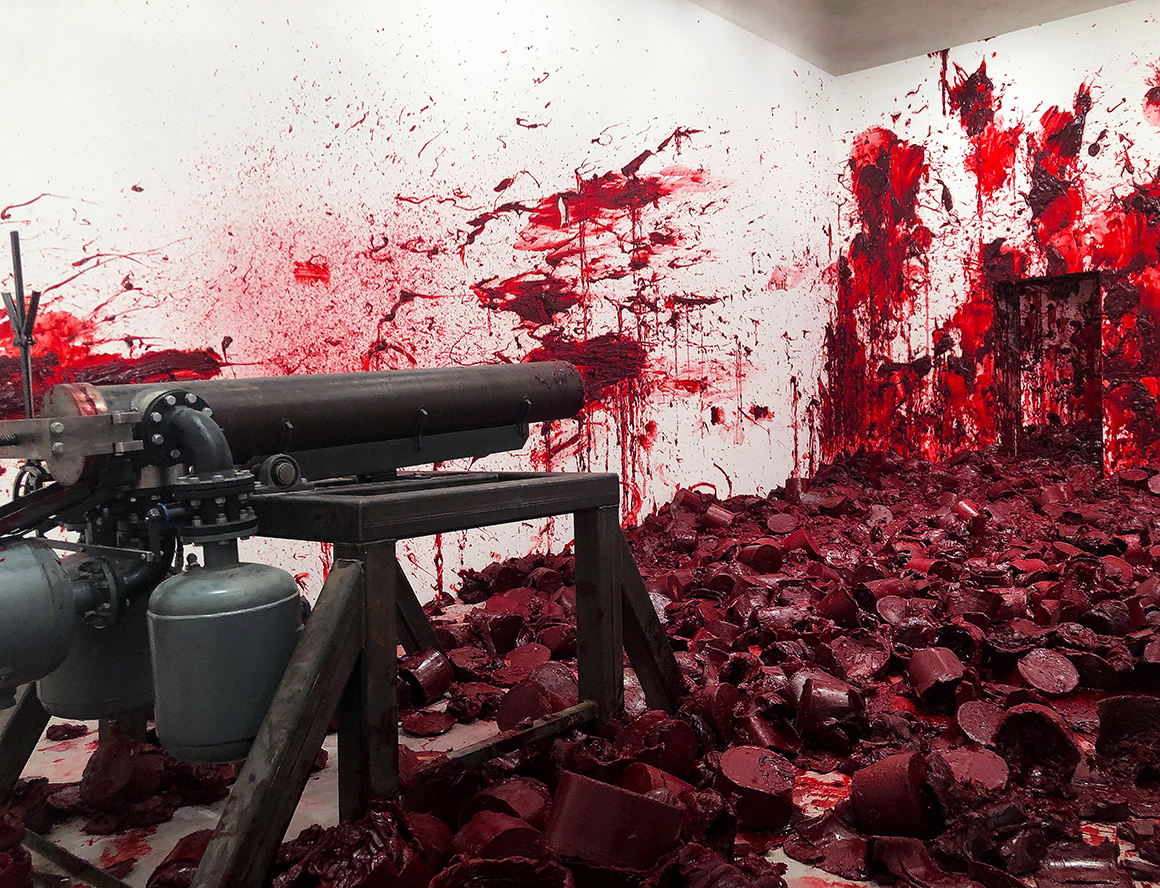