Of paramount importance to him, he said, was the interaction between the work and the viewers, who assumed considerable responsibility in taking it in, pondering it and assimilating it into their own experience, or trying to. Such an exchange happens with every work of art, of course. But Mr. Weiner considered his work highly collaborative, a continuing rejoinder against what he called the “aesthetic fascism” of the concepts of the masterpiece and the genius that prevailed for centuries.

If his work was sometimes hard to get a handle on, even willfully abstruse, he said it was because he himself was grappling messily with meaning, which he considered an artist’s fundamental reason for existing.

In a conversation last year with the musician and artist Kim Gordon, trying to pin down the effect he hoped his work achieved, he said:

“The funny thing is, people make art for other people. The vision is to have a concert, and when everybody comes out of the concert, they’re all whistling something. That’s not populist — that’s just giving somebody something they can use. And that’s why the work that I make is about giving the world something it can use.”

Read the full article in The New York Times: Lawrence Weiner, Artist Whose Medium Was Language, Dies at 79

Many media internationally paid their respects to the artist, including the following:

ARTnews
Lawrence Weiner, Giant of Conceptual Art Who Had a Way with Words, Dies at 79

Artnet News
Lawrence Weiner, a Pioneering Conceptualist Who Used language to Find the Profound in the Prosaic, Has Died at 79

Flash Art
Republished from the Archive: A place in the sun. Lawrence Weiner

Monopol
Concept Artist Lawrence Weiner dies at the age of 79

Numéro
Death of Lawrence Weiner, father of conceptual art and magician of words

Süddeutsche Zeitung
Obituary of Lawrence Weiner: The sculptor of language

Photo An Rong Xu for The New York Times. 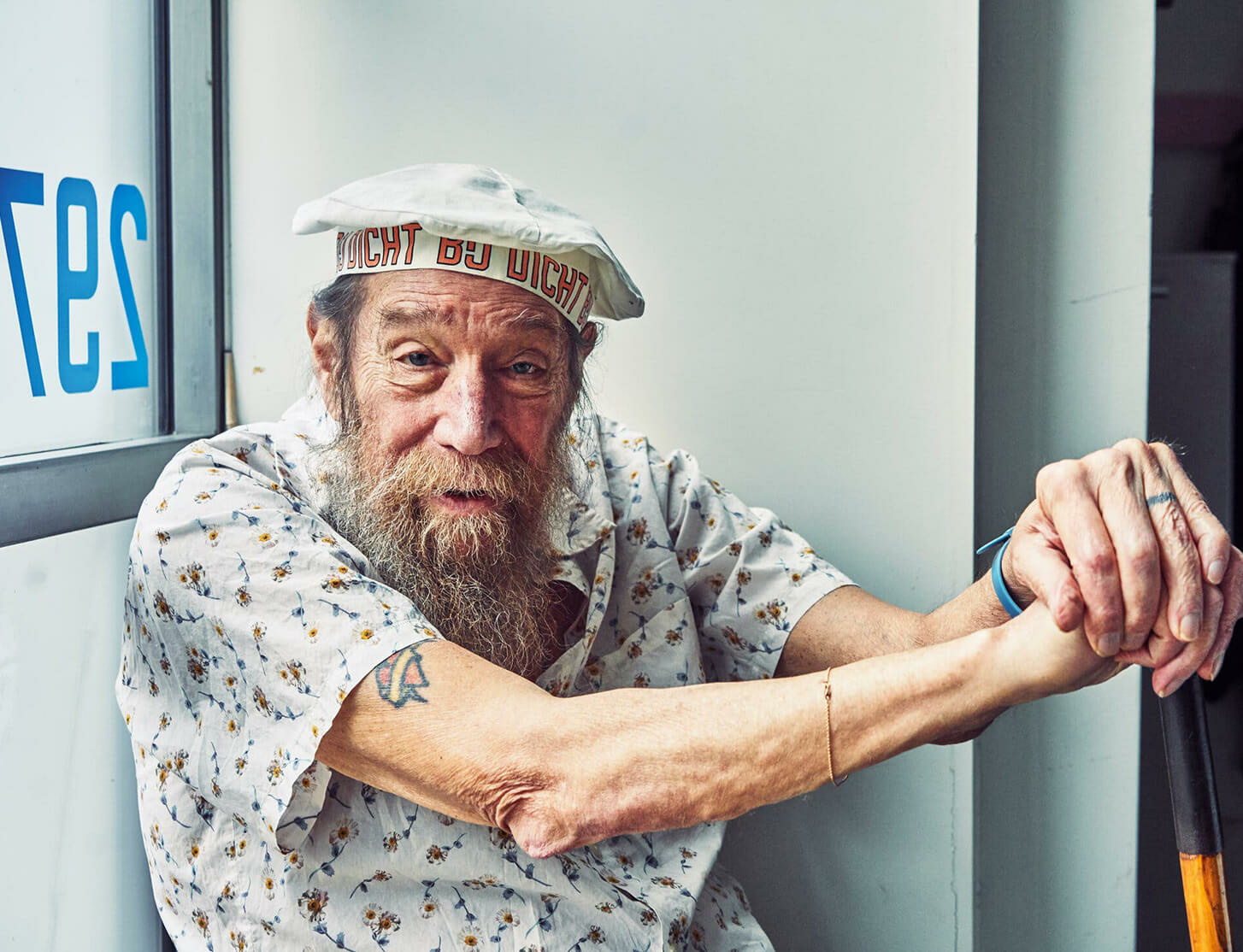