Nina Siegal from the New York Times met Laure Prouvost at her Antwerp studio, following the opening of her surreal installation at the French Pavilion, the presentation that became "the talk of the Venice Biennale."

The French Pavilion at the Venice Biennale is a stately Beaux-Arts temple with red marble columns. But visitors this year will find its front door shut.

Instead, they’ll have to enter through a doorway at the back, then walk through a dirt-filled basement, up a set of rickety wood stairs and into a room where broken eggshells, cigarette butts, old cellphones and other detritus poke out of a floor of clear blue resin.

In the next room, where car seats and garden chairs seem to melt into sand, they’ll watch a nearly half-hour video of a dreamlike road trip from the suburbs of Paris to Venice, by car, horse and boat, featuring a naked bicyclist, a brass marching band and a magician who levitates furniture.

This installation, “Deep See Blue Surrounding You,” is the work of the artist Laure Prouvost, who, for several reasons, is an unlikely choice to represent France in the world’s most prestigious international art showcase. For one thing, as she herself admits, her French isn’t very good.

“I speak French, but like a child,” she said during a recent interview at her studio in Antwerp, Belgium. She left France from her hometown, near Lille, to study as a teenager, she said, and has never moved back.

Since then, Ms. Prouvost, who was awarded the Turner Prize in Britain in 2013, has established her career in Britain and Belgium. She’s had major solo shows in Beijing, Munich, New York, London and Antwerp, but only one major solo exhibition in France, at the Palais de Tokyo, last year.

And yet she has done France proud at the Biennale. The pavilion has been widely praised as one of this year’s most impressive, and was the talk of the preview week earlier this month, when critics and collectors descended on Venice. Many were surprised when the Golden Lion, the Biennale’s top honor, went to Lithuania, not France.

Ms. Prouvost’s Antwerp studio is on the top floor of a former coffee factory in the city’s fashionable art district, Het Zuid. There, a couple of weeks after the Venice vernissage, a piece of paper that read “They Are Waiting For You” was tacked next to a hole in a wall, just high enough for a child to fit through. We crouched down and passed through it into an office, where we sat for tea on the couch, next to a giant pair of papier-mâché. breasts.

Ms. Prouvost’s work extends past the gallery and into her life, where she continues her personal brand of performance art — at least when journalists are in the room. She mentioned that she was 13 when she left France, to study in Belgium — but hadn’t she said elsewhere that this happened when she was 17, and that she left to attend Central St. Martins, the art school in London?

“I was 52,” she said, deadpan. “But now I’m feeling great because I went to Los Angeles and got my boobs done.”

We both laughed — that answer didn’t jive with reality. For instance, she’s only 41.

What was she working on at the moment?

“I’m trying to arrange for my grandma to arrive at the pavilion,” she said. “She wants to come by helicopter. She loves hanging upside-down naked. She will attach herself using ropes and blast Elton John. She couldn’t come to the opening, because she doesn’t like to be so public, but we will do it at a moment when there’s no one around.”

Ms. Prouvost is known for conducting interviews in this manner, blending fact and fiction, often to comedic effect. It reflects the way she makes her art, using some elements from the real world, but combined with lots of whimsy and Lewis Carroll-style Jabberwocky.

“Wantee” the installation that won her the Turner Prize, is a film about her fictionalized grandfather, a famous conceptual artist who disappeared one day down a tunnel he dug under his house"... 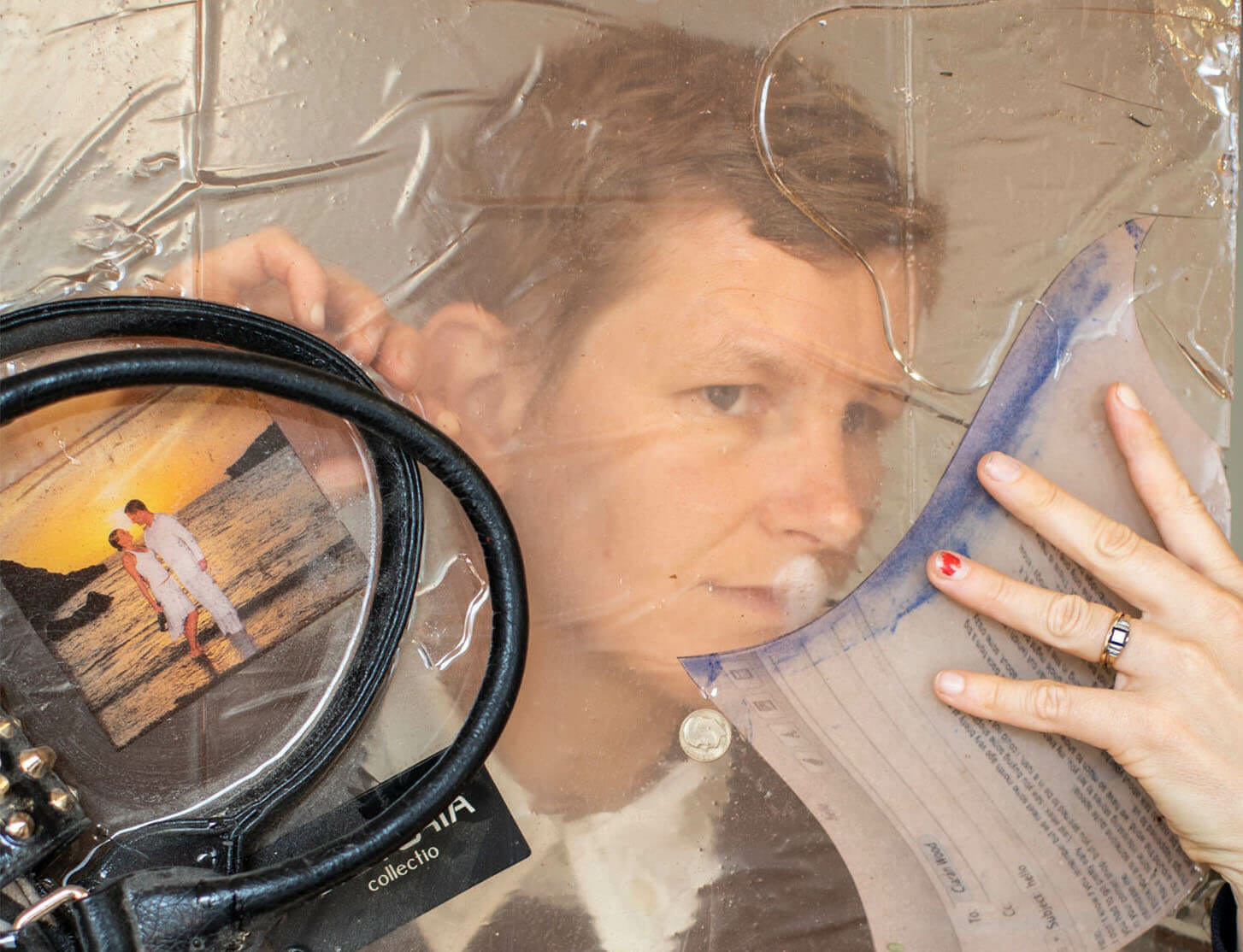