Dan Graham and Rodney Graham are friends, paired in a double show where Rodney Graham played guitar and sang in Dan Graham's pavilion. Dan Graham has frequently engaged with performance, and his pavilion will also host a gig by Thurston Moore; but this show's double focus invites reflections on the Dan/ Rodney Graham relation. Dan Graham's two-way mirror pavilions dispose viewers' images of themselves amidst others in amusing but often disconcerting ways. It is not just that we see ourselves as others may, but also as other than we have supposed. In his ' Book of Disquiet', Fernando Pessoa wrote: 'Each of us is several ... a profusion of selves.' Dan Graham's mirror-windows induce such profusions, and as much as his pavilions enact what Thierry de Duve called a 'critique of artistic autonomy' - they cannot be reduced to minimal objects - they also disturb participants' confidence in their sense as stable subjects. De Duve was describing Dan Graham's 'Performer, Audience, Mirror', which used a feedback loop to loosen his audience's certainty as to who was producing the affect of their mutual presence in the event. As I observed in my feature 'Looping The Loop' (/4M406), it might be in Dan/Rodney Graham's common use of looping that their affinity originated.

But there are differences. Dan Graham works socially, mediating relations of subject-object and subject-subject amid webs of feedback and reflections. Rodney Graham, too, has worked by staging reflexive mediations; yet his subjects have not been social but recondite and romantic: an errant melancholic in 'Lenz' was looped into a circular labyrinth of repeating text, and his 'How I Became a Ramblin' Man' set a wandering cowboy in a video palindrome. Gradually, however, the motifs that Rodney Graham caught within loops, interpolations or cultural cliches shifted from nature – a waterfall in 'Two Generators', inverted trees in camera obscura, or textual and musical systems in 'Landor's House', or 'School of Velocity' - towards himself as others, in images of what Pessoa called 'Heteronyms' (personae staged amid their worlds, in meticulous detail). Already, he appeared on the cover of his Verwandlungsmusik CD as if on a 1950s LP of a Viennese modernist composer like Anton Webern. Since then, Rodney Graham has staged himself as, amongst others, a 17th-century sailor, prisoner, barfly, 'gifted amateur' painter, 'avid reader', skuller (after Thomas Eakins), concertinist (after Georges Braque) et al... 'Amongst others' is where Rodney Graham has dispersed - but not disguised - himself. We can't say 'disguised' because, as if among mirrors that never quite displace him, Rodney Graham is always recognisable...

Read the full review in the December issue of Art Monthly. 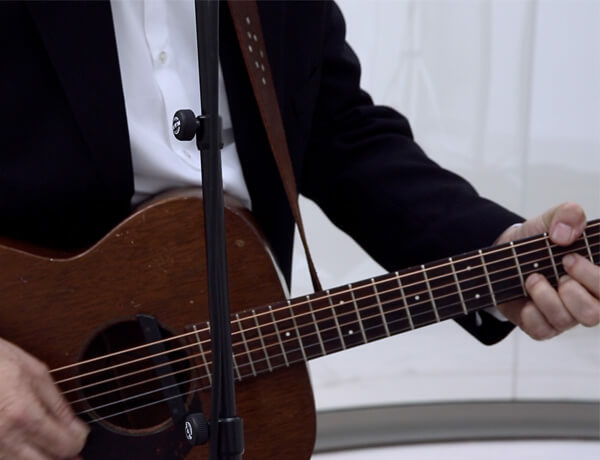